Hall of fame member, Jack, has been in touch again:

I was in Hobby Lobby buying some Woodland Scenics blended turf when I saw they had Realistic Water.

There is always a 40 % off coupon available on line, so I found it on my phone and saved quite a bit.

As you know, I had trouble with Scenic Water before, but since I followed all WS’s recommendations, and the price was right, I succumbed. So far so good.

I have been under the layout wiring the lighting.

To begin the electrical work, I mounted a power strip along the inside edge of the layout.

The switch controls 6 outlets. Into that I plugged various wall warts.

For the LED lights in the houses and the street lights I thought about the Woodland Scenics light hub that outputs 3 volts.

It has places to plug in 4 lights or sets of lights, with a dimmer on each of the 4 plugs.

I found an eBay site called wehonest (really) that has a lot of electrical/electronic stuff, as well as scenic stuff, for model railroading. You order direct from China and the stuff is pretty inexpensive.

I bought the house lights, interconnecting wires and street lights from them.

They have a power distribution board similar to the WS hub but it has 29 plugs of various types. There is only one dimmer to control all attached lights. I can plug my 8 building lights and 10 street lights and still have plenty of plugs for expansion. Input to the board can be either ac or dc 4 to 24 volts. I used my 16 volt ac source.

I mounted my street lights on ‘concrete’ pads cut from left overs from vinyl flooring samples.

For my 16 volts for various items I mounted a terminal strip on either side of one of the supports under the layout. I tied all the terminals together on each strip and fed the 16 volts to the strips. Then I could just connect everything to the strips. Since stuff runs on various voltages, I have separate switches on the fascia for the amusement rides, amusement lighting and house lighting.

That’s all the progress for now. 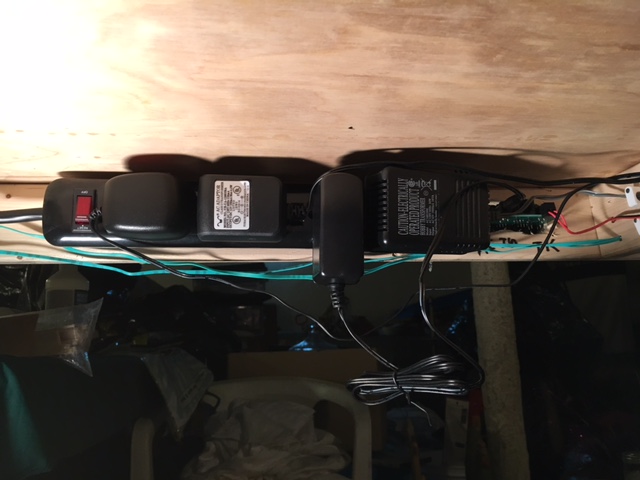 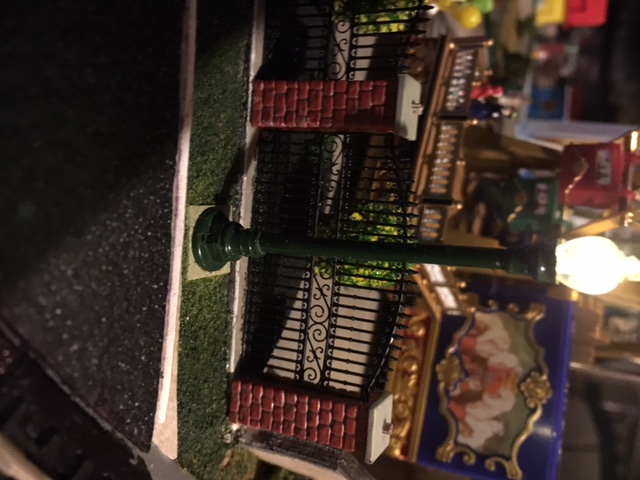 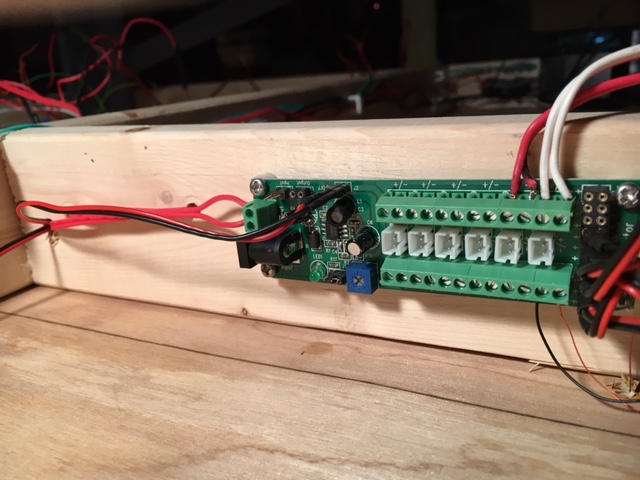 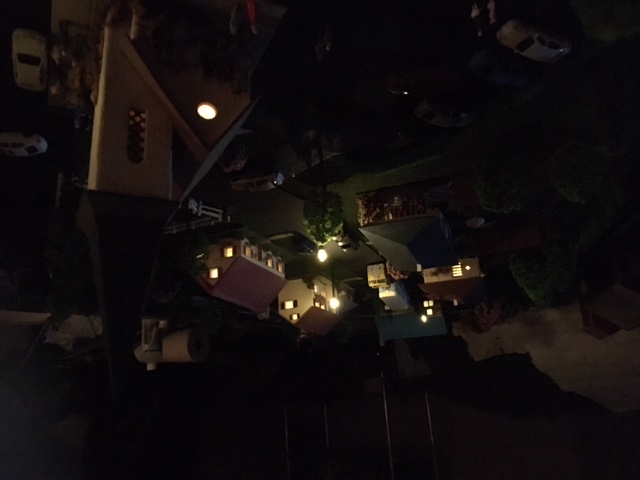 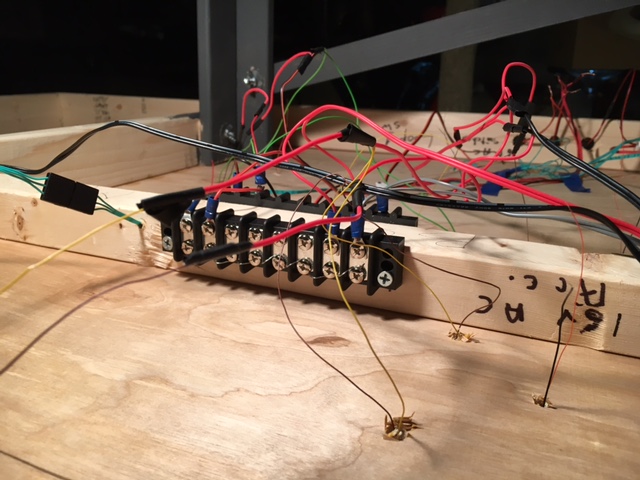 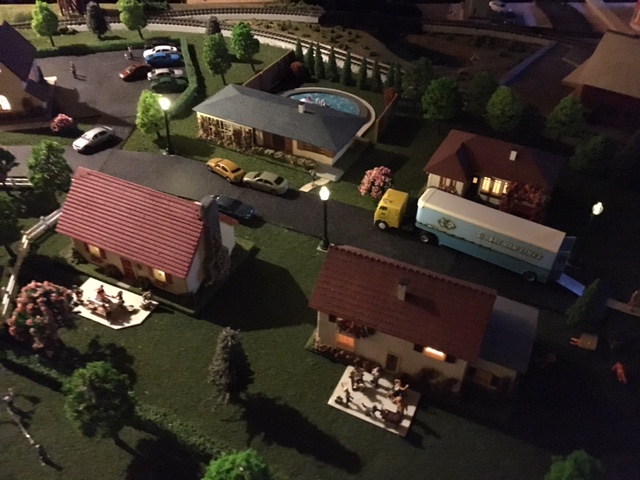 
Lindsay has been in touch too, proving again that half of this hobby is simply getting started:

This has been long time coming hahaha. I first subscribed around the beginning of 2013 when Gary used to run similar service.

I finished making my table,then like a lot of us got sidetracked and the table became just another storage facility in garage. Here it is and finally extracted digit cleaned table off and began where I left off.

Scale is N Table is 2200x 1300 still a long way off finishing. the lower level track is operational,mountain track still needs some pieces cut and of course scenery has lots required. Put some basic grass down to let me see where to go and construction of buildings and roads has begun. 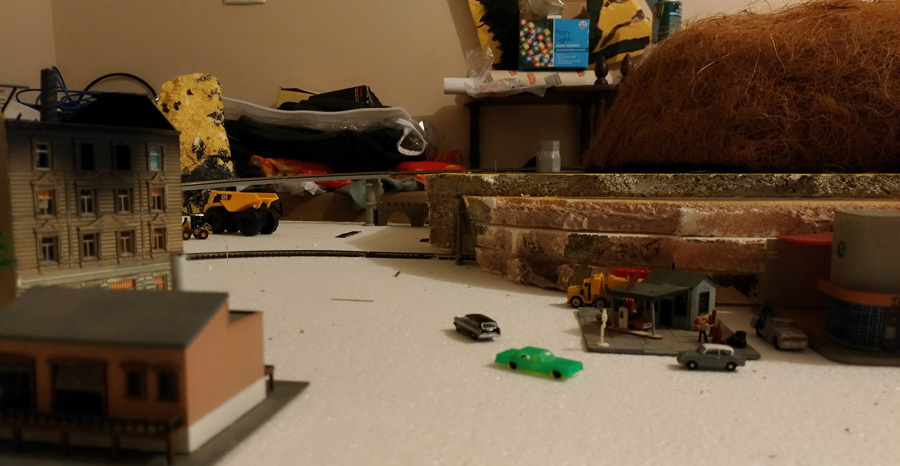 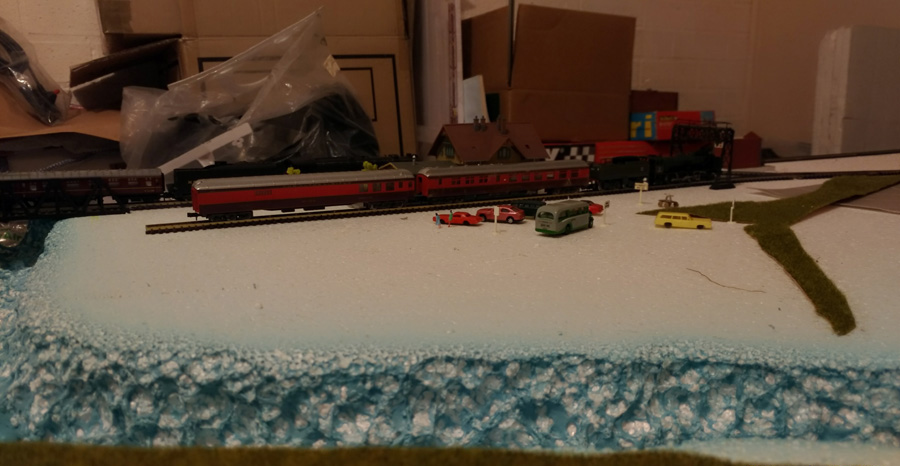 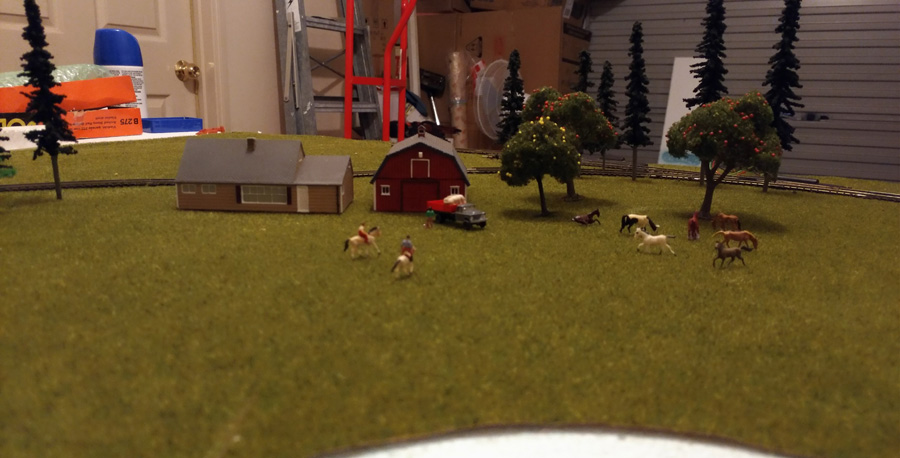 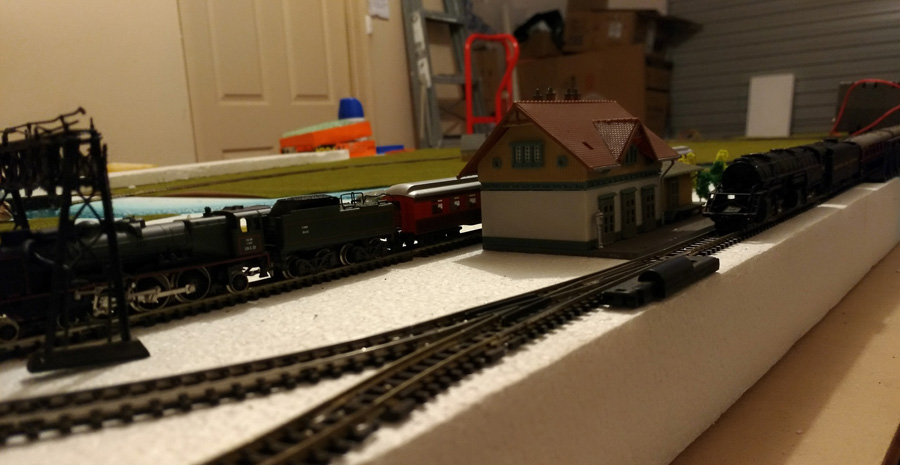 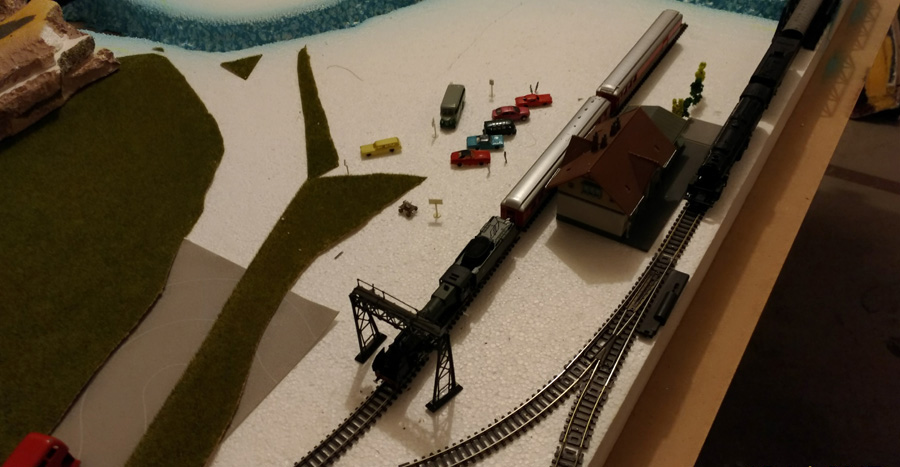 Oh, and thanks for all the kind comments (you know who you are).