Thanks for the kind words on the article and pictures you posted. The comments are gratifying, a few of the commenters asked for the track plan.

Several people commenting expressed an interest in how the layout started and grew, and what the final track plan is.

The layout is now 2/3 of the way done from a scenery point of view, some fill in mountains right and left of the mine, and backdrop painting. I went back through pictures and put together sort of a timeline photo montage.

The first picture was the inspiration for my layout, the real Keddie Wye at the north end of the Feather River Canyon in the Sierra Mountains of California, my railroad transported the scenery to the East Coast of the U.S.A. in West Virginia. As mentioned at the beginning, I determined that most of the highly detailed work would be done in my wood shop, which is outside in a garage.

This meant that the modules could not be wider than the doorway to the basement of the house. Designing the modules and working out a track plan left me with a decision that 2 of the modules had to be built inside at the layout location, as they were too big a footprint and I had a storage island we wanted to keep which is under the mine mountain where I have storage tracks. So the storage tracks below the mine mountains, and the city module were built in place.

We never used the sink on the island (no idea why it was there) but wanted to keep the storage cabinets under the island provide. The mine and train storage tracks were built above the island, and the isle behind the layout is access to bulk food storage, also, the compromise with the wife for that access that gave me access to the storage tracks! A win-win.

Since most of the detail work in the city was done on the buildings, it still could be done outside and the buildings placed on the module inside, as an example the 3-stall roundhouse has kit-bashed building additions, air conditioning, water tower, added piping and a radio antenna on the roof, and were built in the wood shop. There’s no scenery on the storage tracks.

On the schematic, pink is the first bridge module, blue is the next town module, purple the storage tracks and finally green for the mine module.

Building the bench-work for the city module in place also gave me plenty of space for my modeling junk underneath, I use boxes and plastic bins. So far the only trains I’ve run are for testing the tracks for continuity and clearance for 85’ passenger cars. Wiring of the switches, signals and blocks to come soon as I can get to them. I tried not to repeat photos I’ve sent in earlier, but maybe a few crept in here. 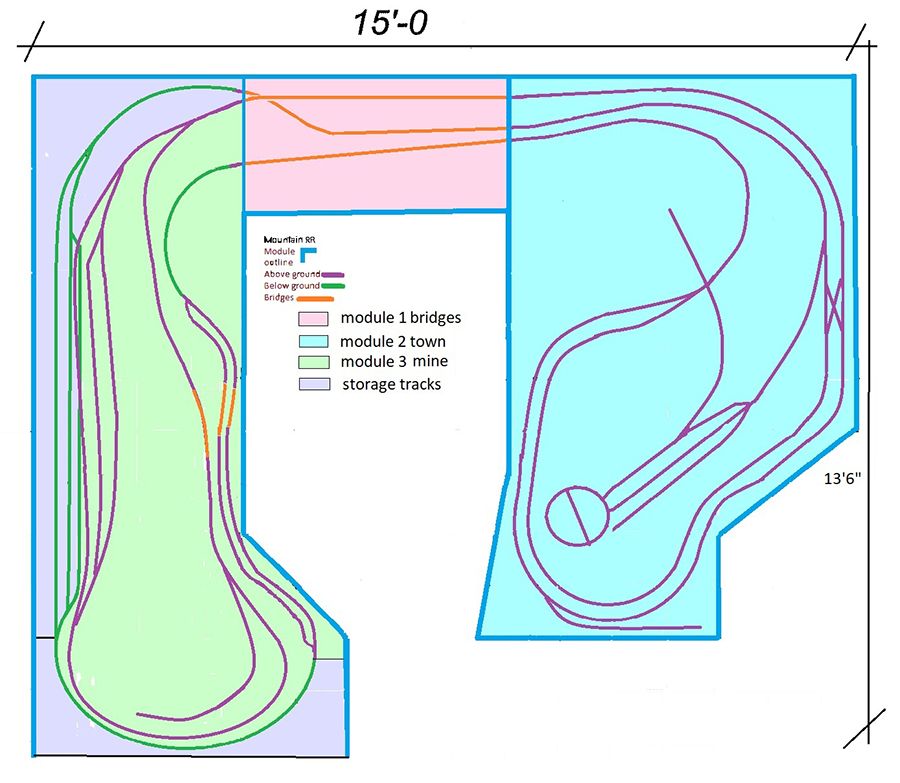 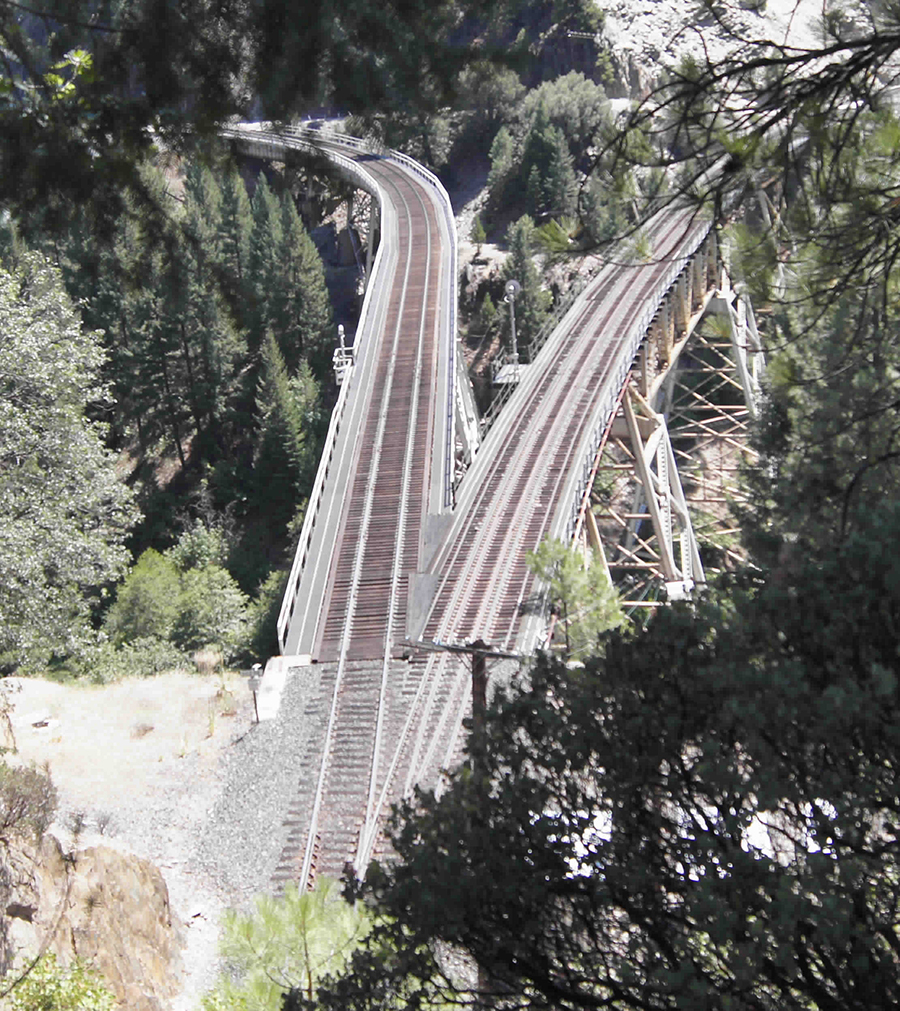 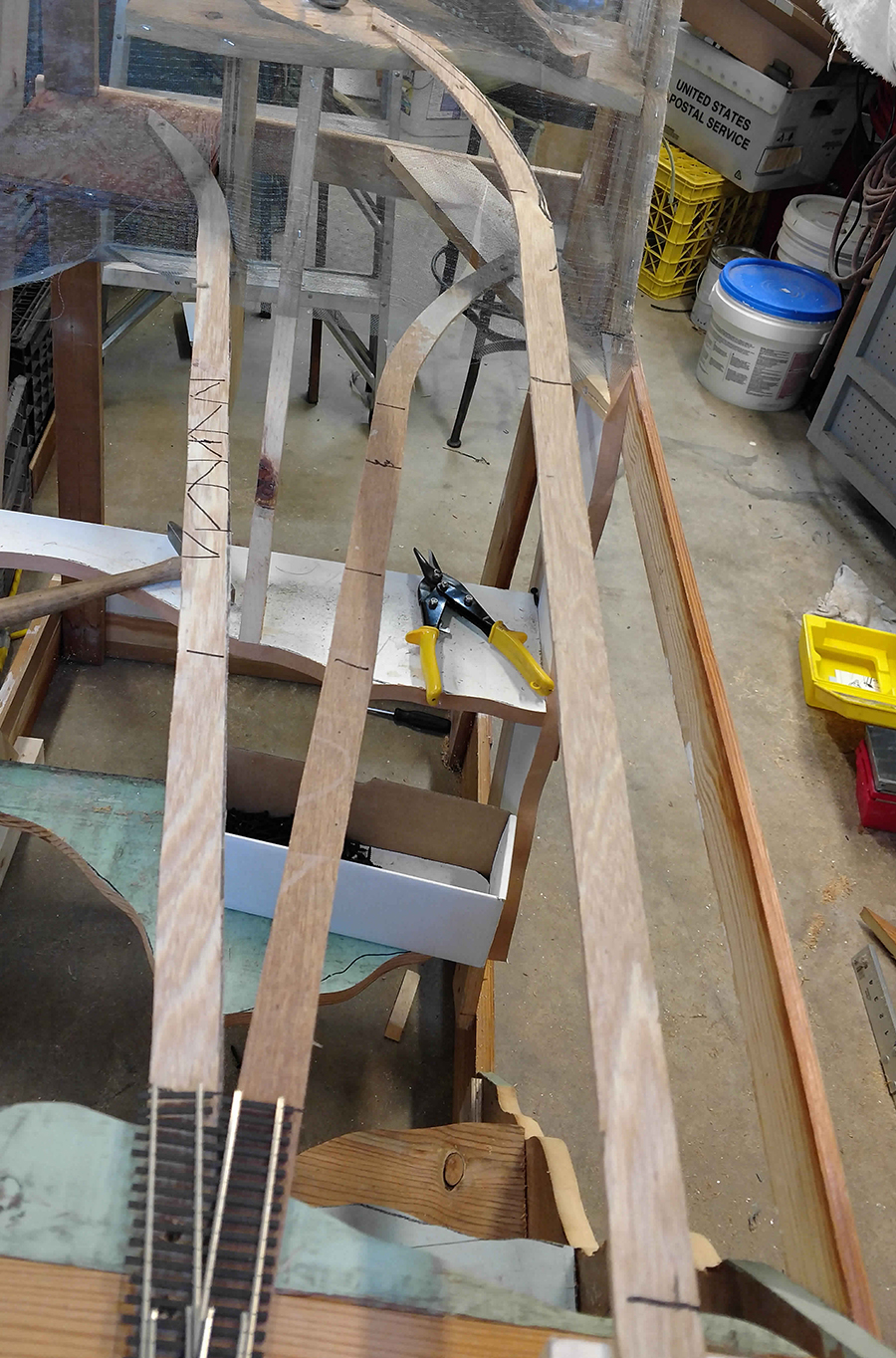 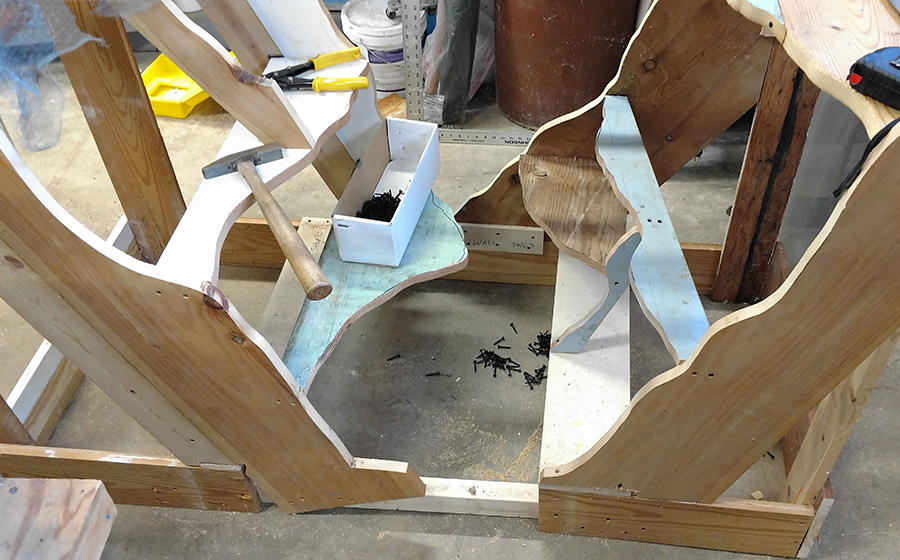 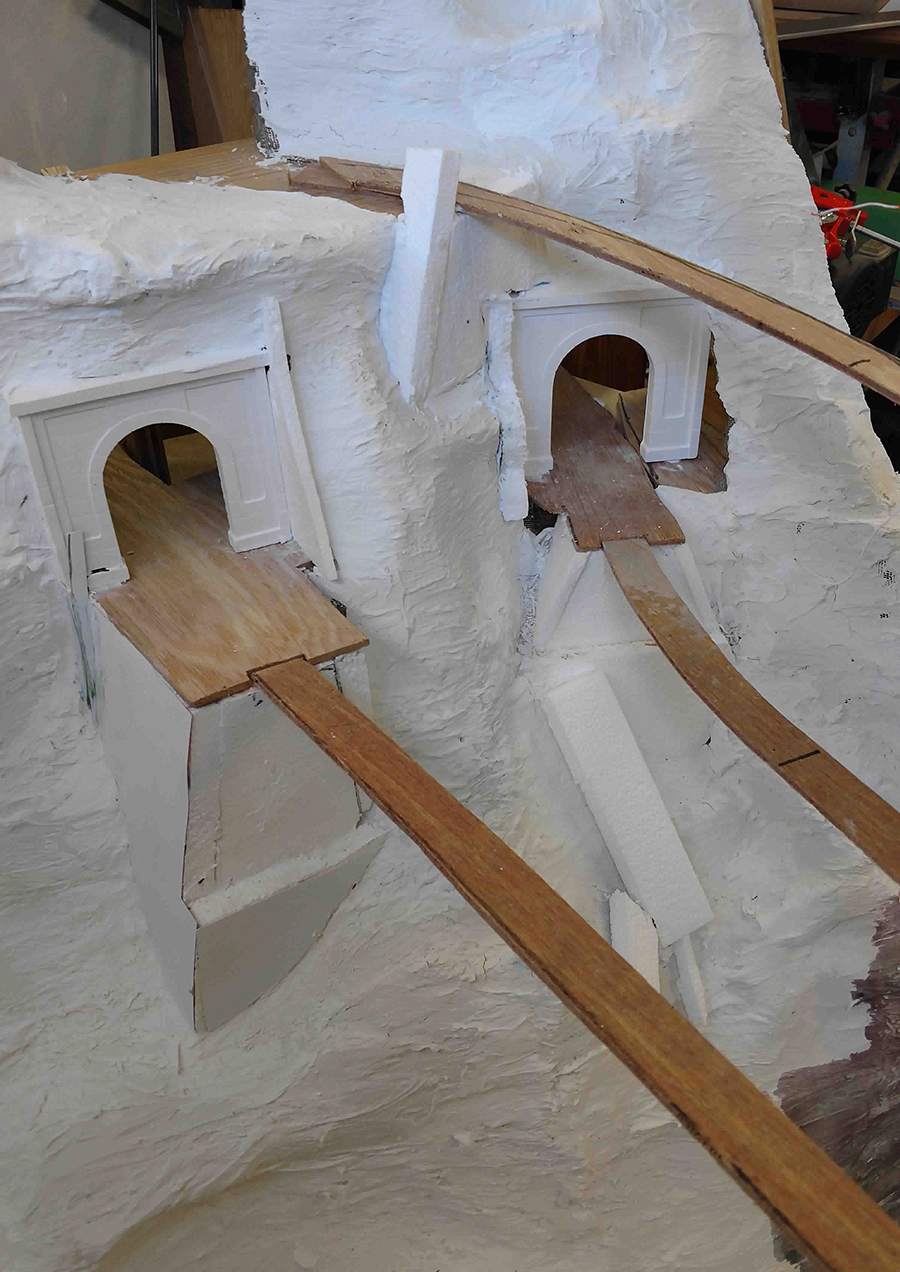 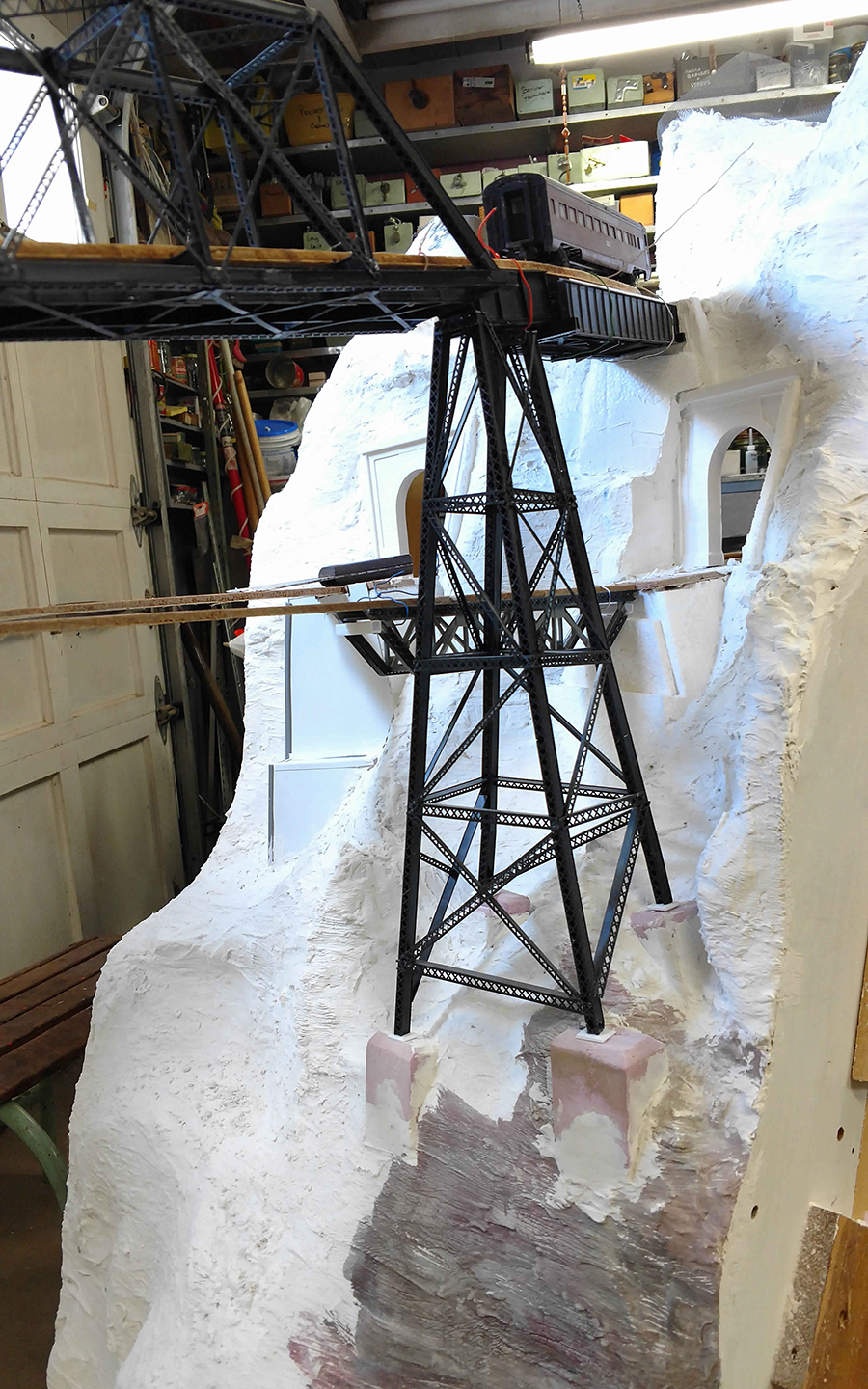 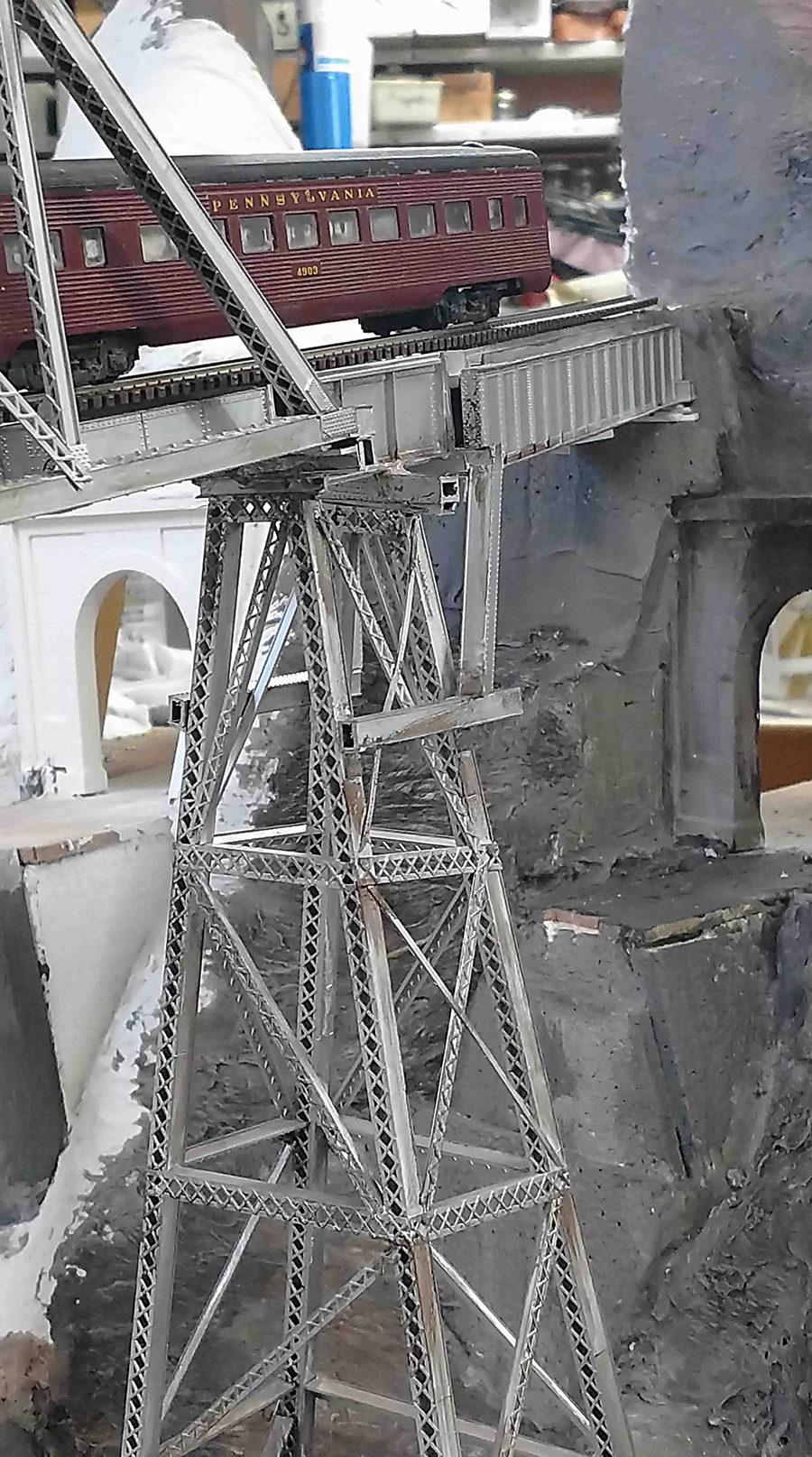 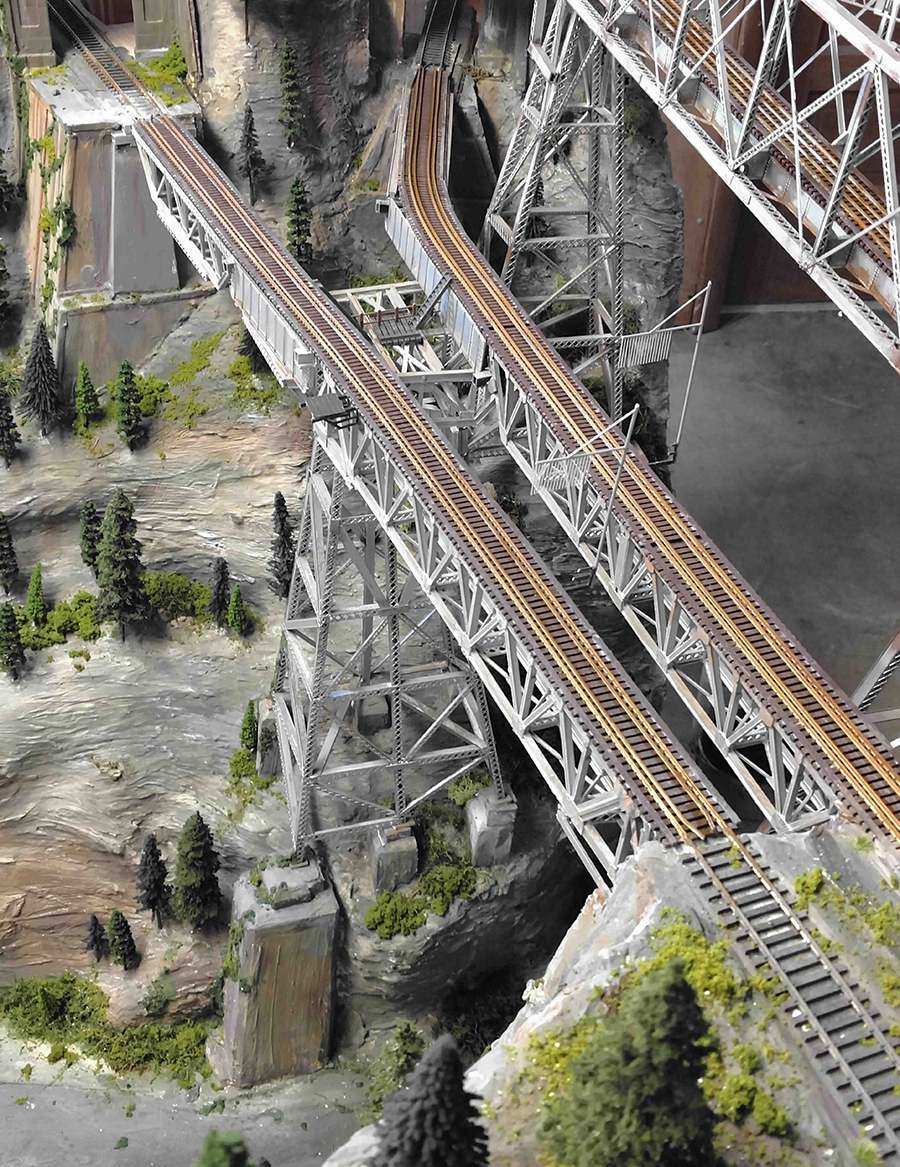 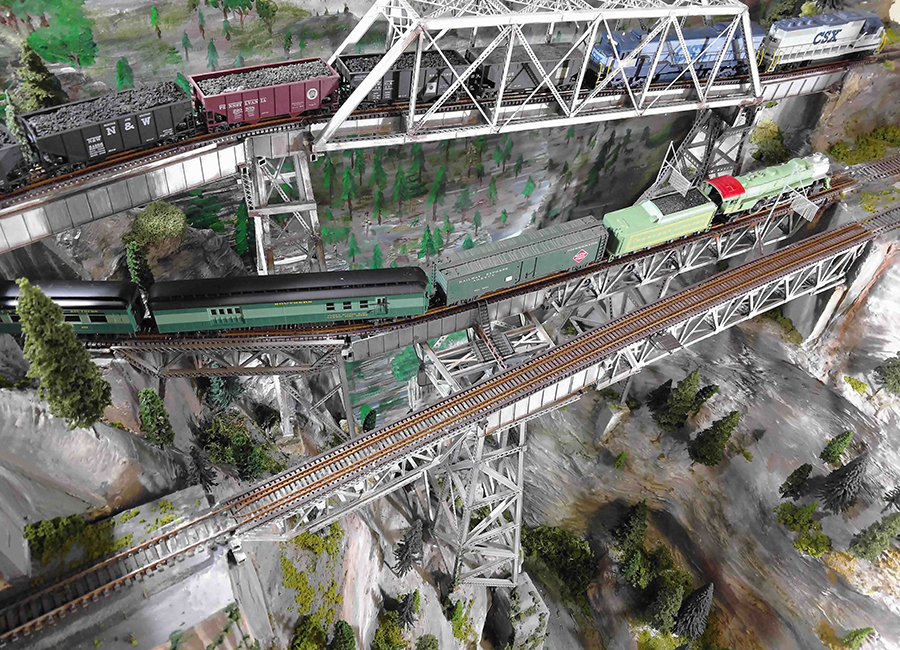 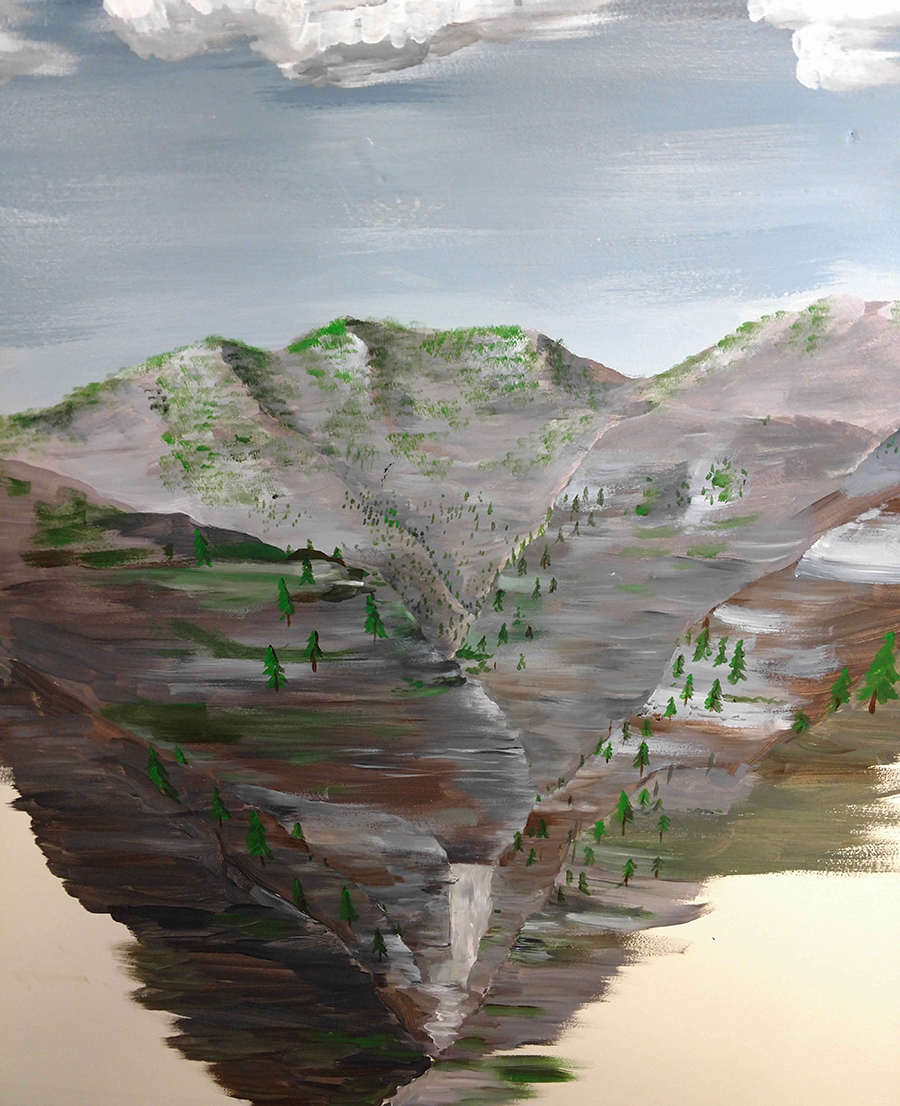 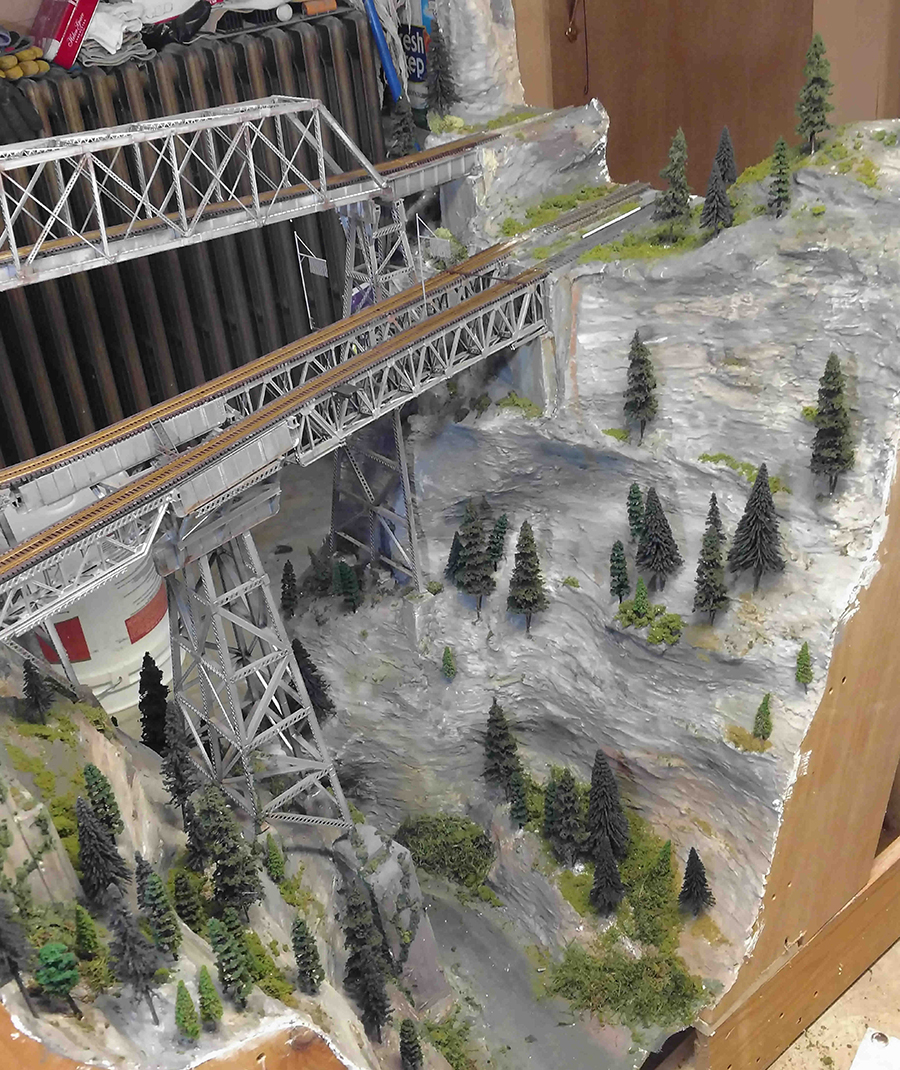 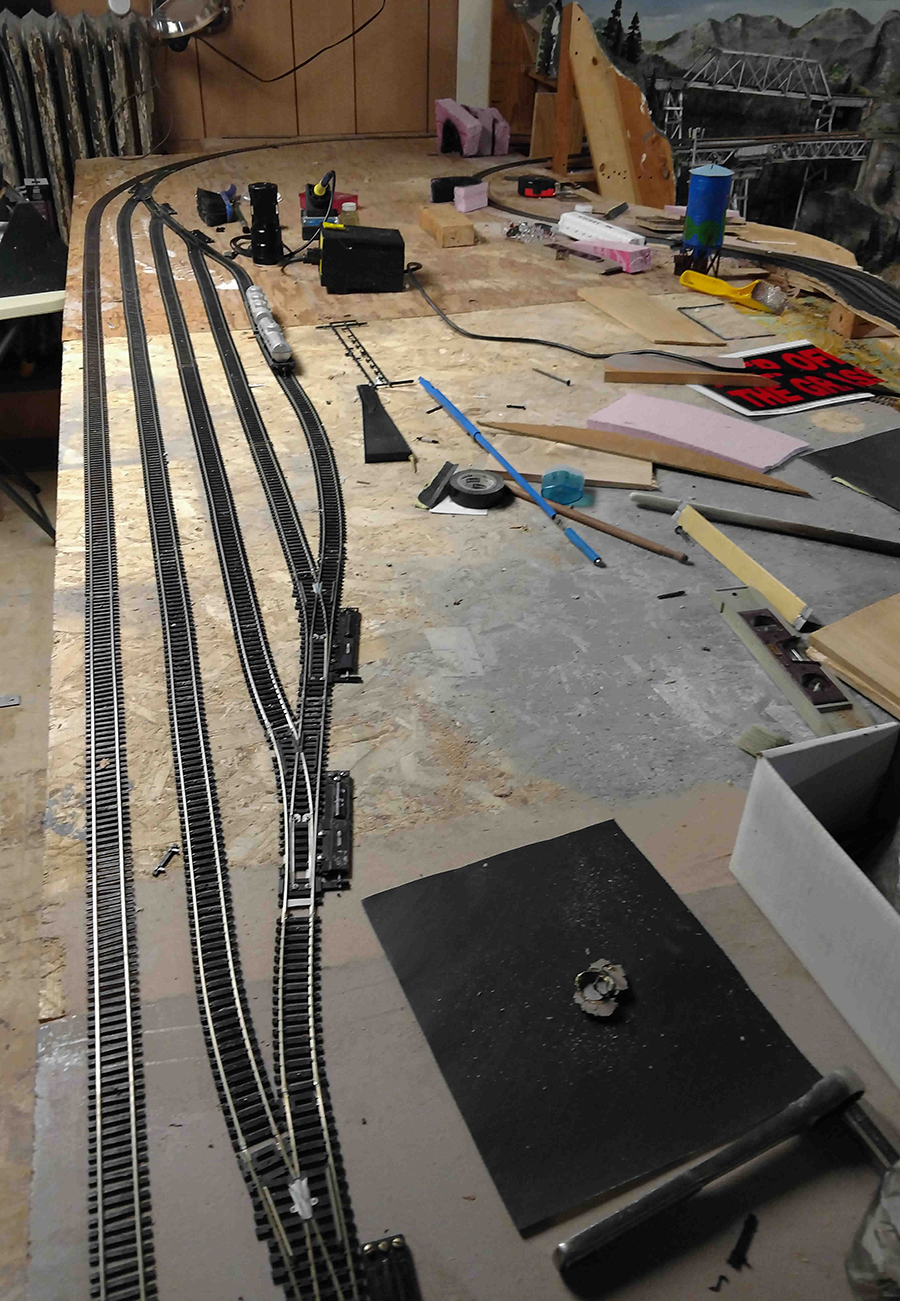 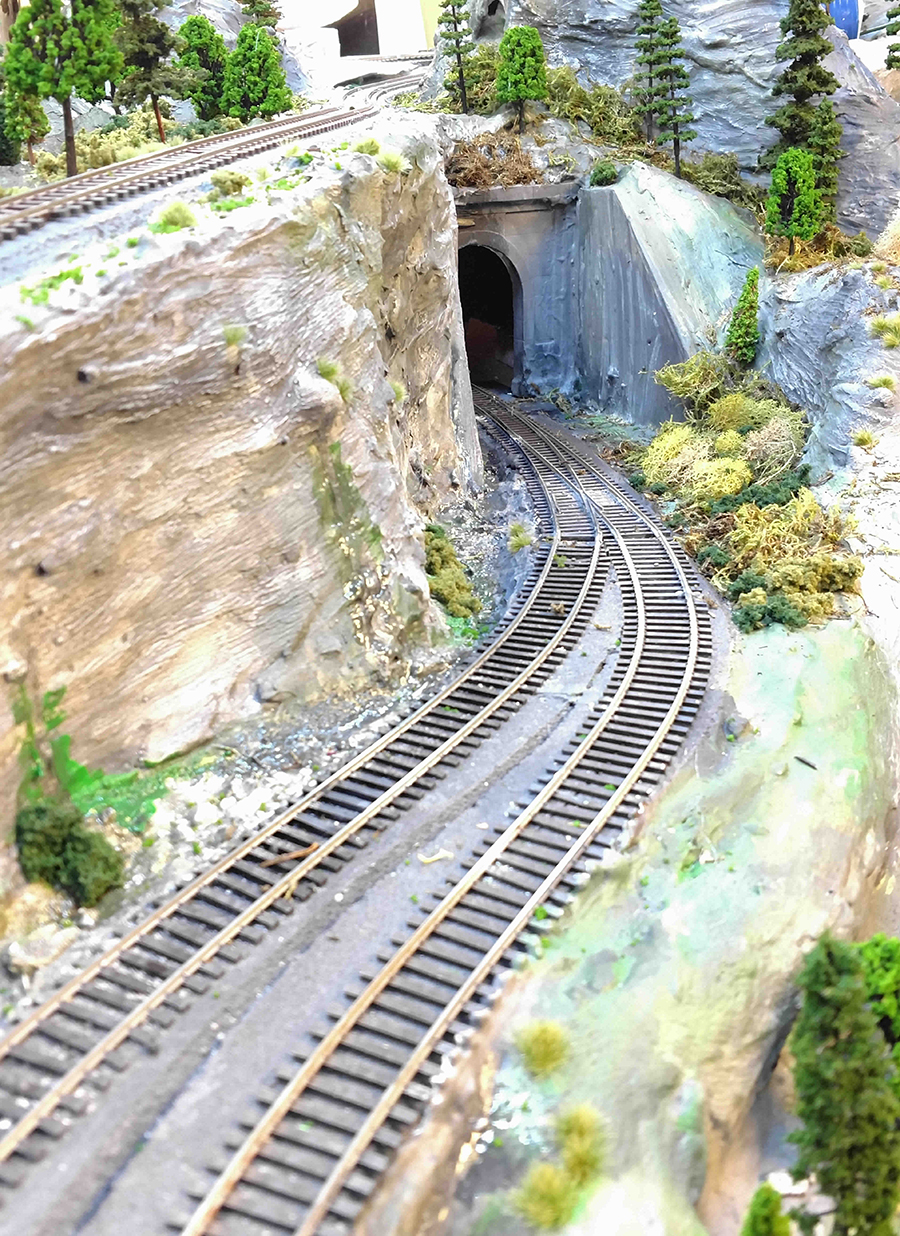 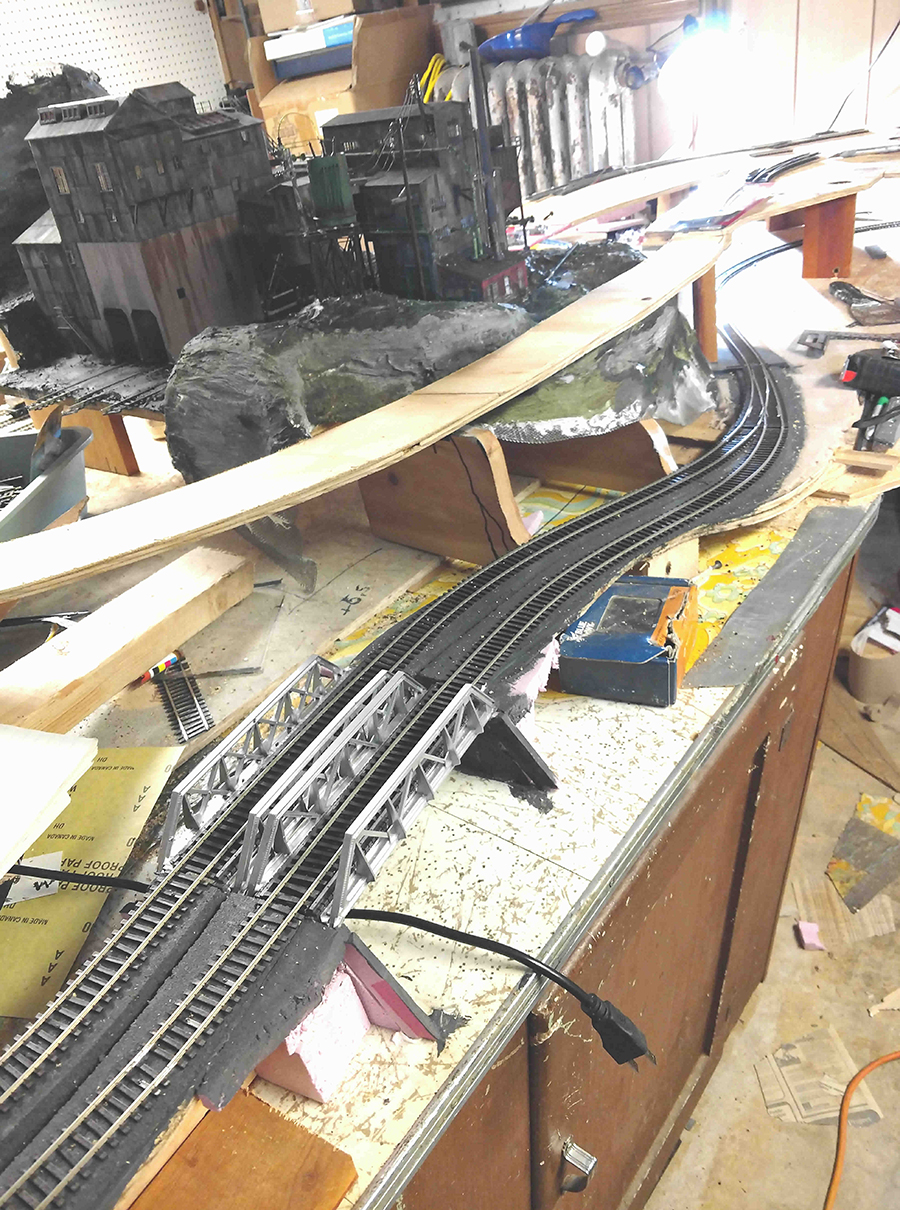 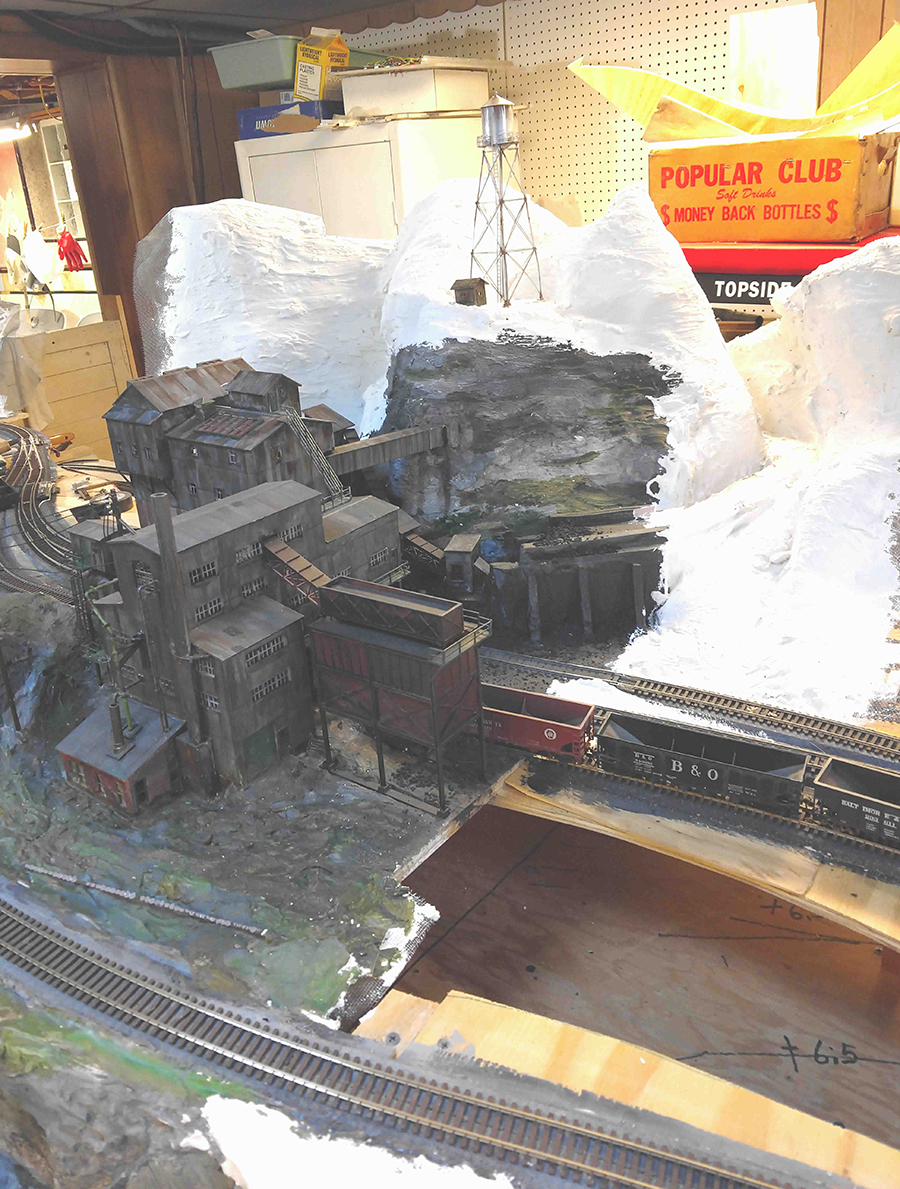 A big thanks to John.

I've lost count of his posts over the years - but remember, the only way you can see them all, is to jump on to the newsletter.

Just tap your details in to the box below.

It's all free too.

We value your privacy and would never spam you