Cameron’s been in touch again. If you missed his last missive, it’s here.

The next building in the Lanarth line up is the signal box. Unlike the goods shed there were no plans available for this building on line so I
needed to work up the plans based on photos from the site.

I wanted to show a bit of detail inside the signal box so spent some time scratch building the furniture that would be typical for this type of signal box.

For the windows I first tried plastic mullions but these were too thick. In the end I used clear acetate sheet with the window mullions painted on using a bow pen. This turned out to be quite quick and very effective for a building that has a lot of glazing and mullions.

The progress and final photos are attached.

And now, more from Eric: 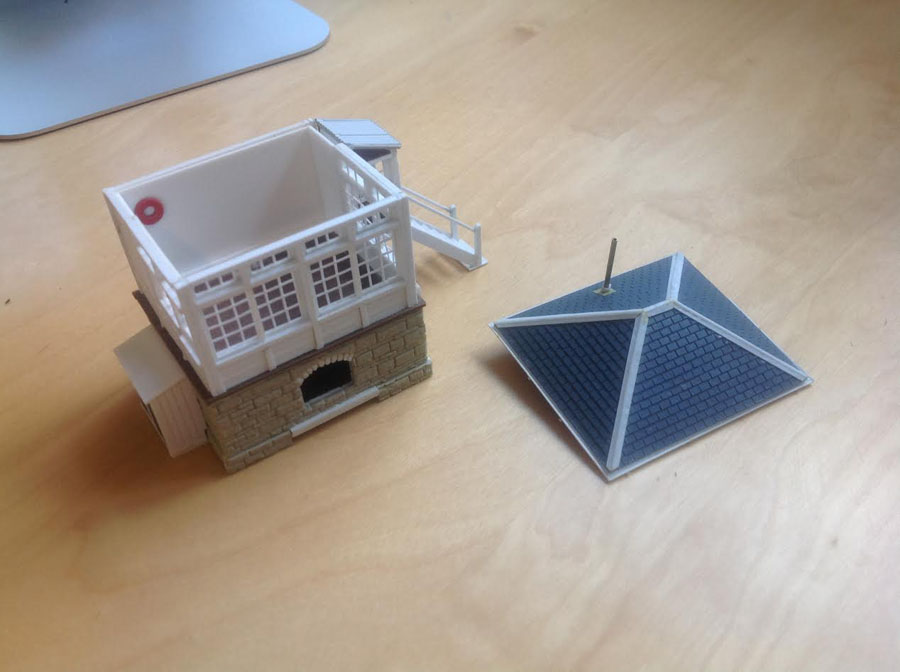 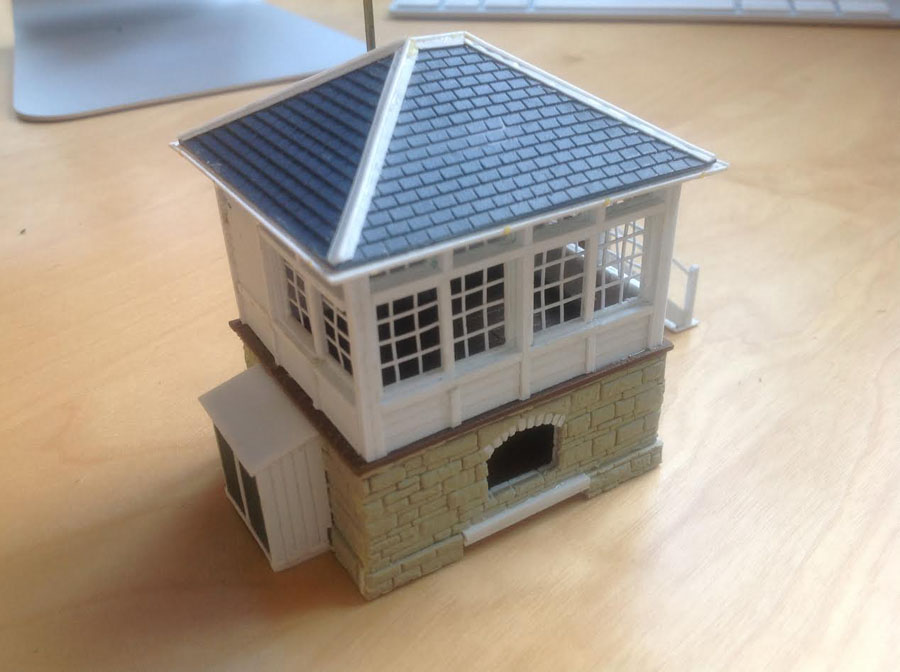 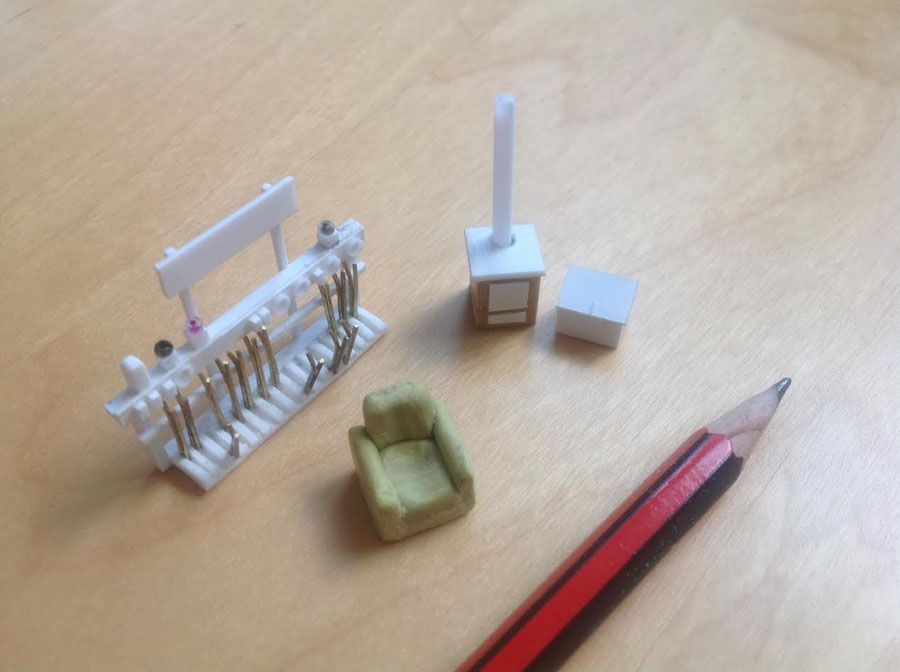 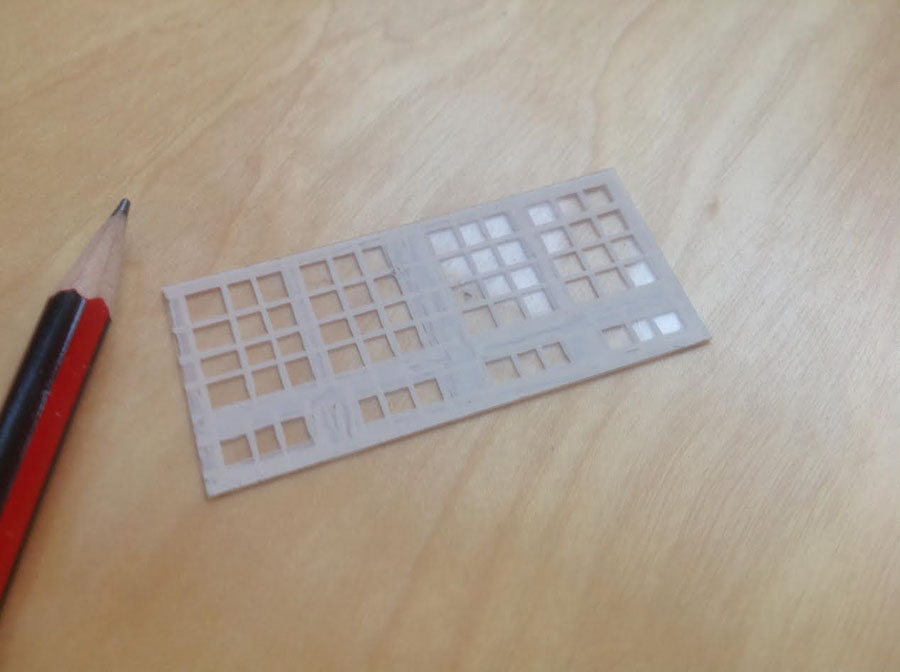 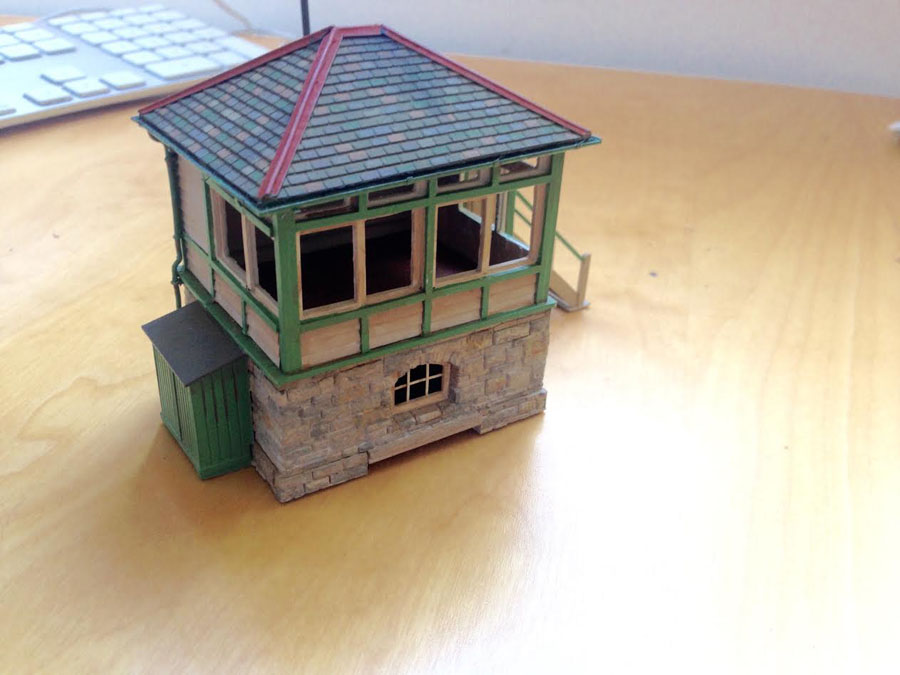 “My project 16/17 is now starting to take shape but a long long way still to go. I am attempting to do a countryside layout this time instead of the normal town / village that I am used to doing, thought it was time to stretch the old brain a bit.

Used a lot of track all in circles that will centre round the lake that I hope to make into a camping / boating site.

Have again utilised the 1.5 turn helix in a new configuration with 2 levels of track coming off the top rather than 1.

Having to go back to plaster for most of the countryside base but have used foam on the right hand hill over the helix to enable easy access.

The plaster base over the tracks is in four removable pieces that at present are quite easily visible but will be camouflaged by the time I’m done (hopefully).

You will see the centre lake in the pictures a lot to do to it yet. But in the back left I have also added a small lake below the hill.

Hopefully this will all look like a remote moorland scene with the railway circling the lake ….. eventually.

The layout front portion are the sidings off the two main tracks, note the tracks also run at the rear of the sidings and a lot more of the track on show to my normal efforts.

A huge thanks to Cameron and Eric. Really enjoyed putting together today’s post.

I love seeing a layout coming to life from nothing – and both submissions today show how bit by bit, it all comes together.

Beginner’s Guide is here if you’ve decided 2017 is going to be your year.

23 Responses to More from Cameron