Thank you for your wonderful blog. I enjoy it very much.

I am 63 years young and finally have a room in my house dedicated to model railroading. I had a DC HO layout back when I was around 25 or 26 years old but when the family grew I had to give up my train room to make room for kids (7).

So between the time that I put away my trains and when I was able to restart the hobby, the advent of DCC was born. Since I was starting over from scratch I decided to go the DCC route. I am modeling a combination layout not representing any particular place but more modern times with some old times thrown in.

In 1982 I was fortunate enough to be able to ride the Durango & Silverton Narrow Gauge Railroad in southwest Colorado during their 100 year anniversary. I had always enjoyed watching movies showing views of the trains winding their way along the highline overlooking the Animas river. So when Blackstone made some D&RGW K-27 locomotives I decided that HOn3 had to be a part of my layout.

I also resided for many years in the San Bernardino area of southern California which was very important to the Santa Fe railroad (AT&SF). I spent much time watching the trains wind their way up and down the Cajon Pass. Soon Santa Fe and Burlington Northern merged into the BNSF.

Since I spent a lot of time around the BNSF I also have HO scale on the same layout. My biggest theme is around the BNSF for most operations but have the HOn3 as a ‘tourist’ train.

Ok, enough of the background, here is my problem.

Attached you should find a hand drawing of one section of my HO portion of the layout. I have a Walthers Shinohara double crossover and can’t seem to figure out where to install my track breaks so that I don’t short the 2 polarities of the DCC.

The purpose of the double crossover is so that I can switch the direction of the trains so that they can travel both directions on the track without having to remove the locomotives and move them to the other end of the train.

I have DCC Specialties PSX-AR auto reverser so that it can sense the polarity change when the crossover is thrown and not cause a short or overload in the power.

Can anyone tell me where to install my breaks in the track so the auto reverser can perform its magic? Nowhere else in the layout do the tracks come into contact with the other polarity (see inset).

The locomotives I am using are InterMountain ES44DCs and the maximum number on the trains will be 3. So, if my thinking is correct I need enough section to allow for all 3 to be in it before the auto reverser will kick in?

I would appreciate any help on this problem. My email is pnetrick@inreach.com.

Thank you very much! 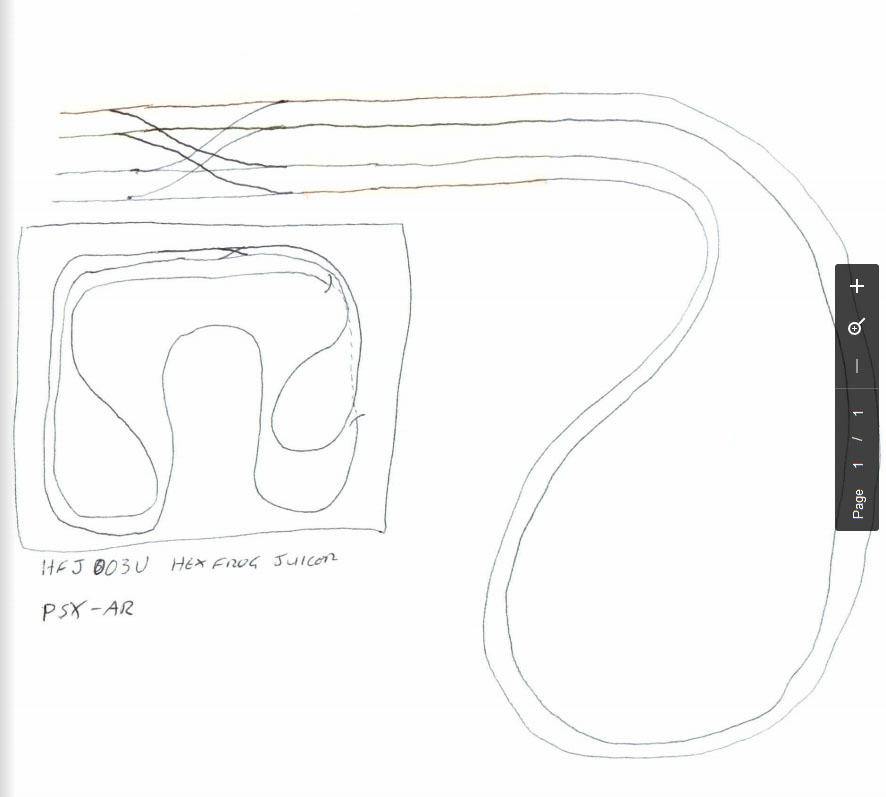 “I have heard many people say they have problems drilling plexiglas, or similar material, because it cracks so easily.

You may want to pass it around that the best way to drill plexiglas is with a step drill. See below.

You start by drilling a small (1/8”) hole, then finish with the step drill. The beauty of the step drill is that it does not have teeth to chip the plexiglas. Rather, there is a smooth transition from one diameter to the next. You then stop drilling when you reach the diameter you want. 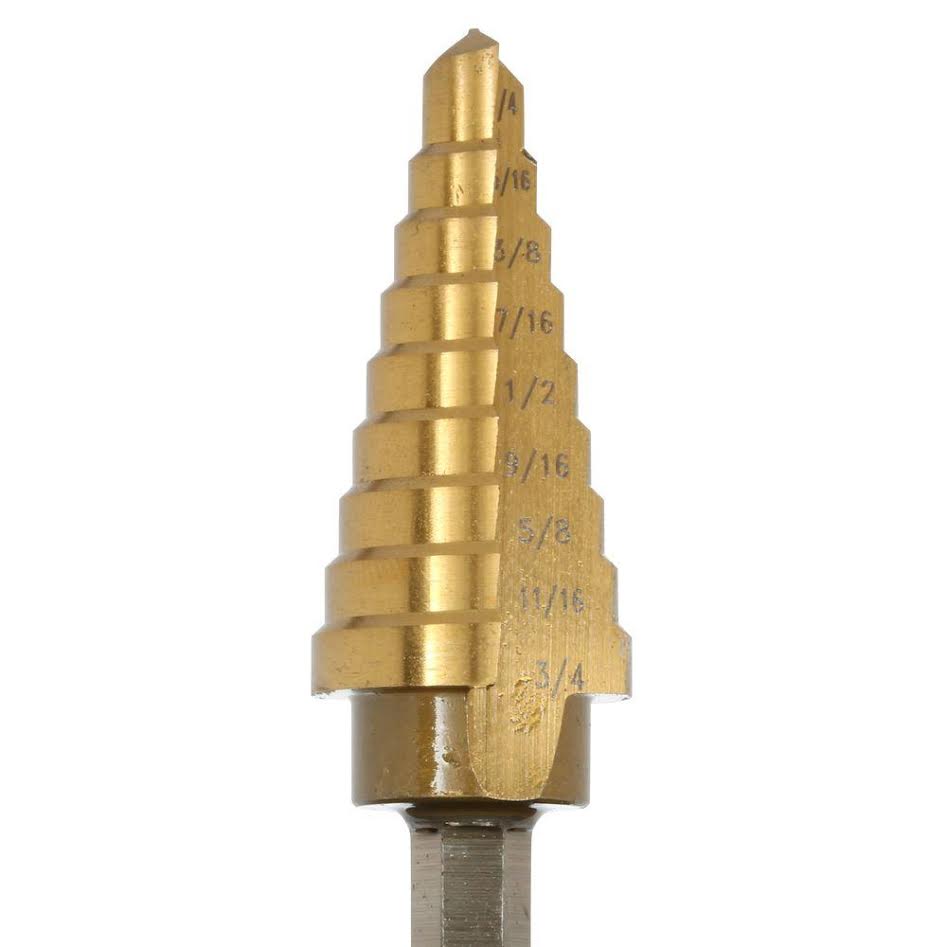 “Greetings, Al. Your site is better and better every week, Great that the new folks are getting into or back into this hobby. They have great ideas and limitless imagination. And the effort is truly remarkable.

Thought I’d send some more pics of the town. 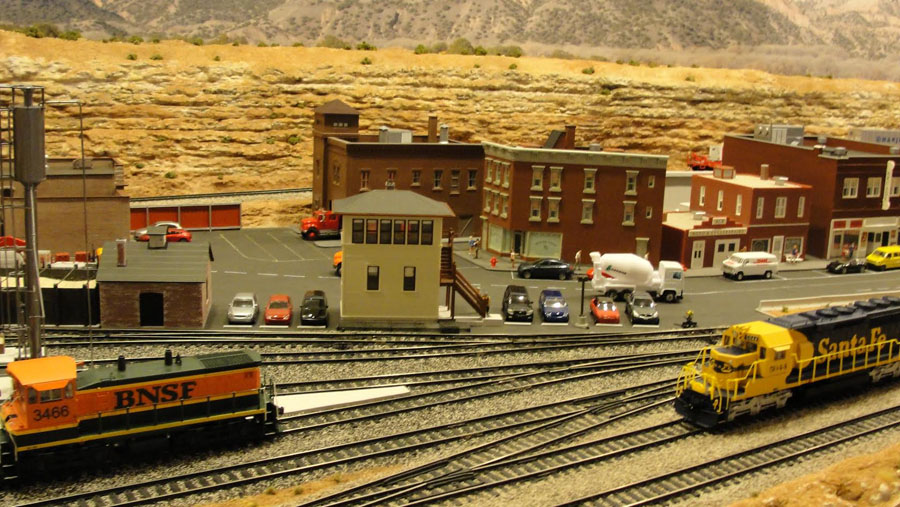 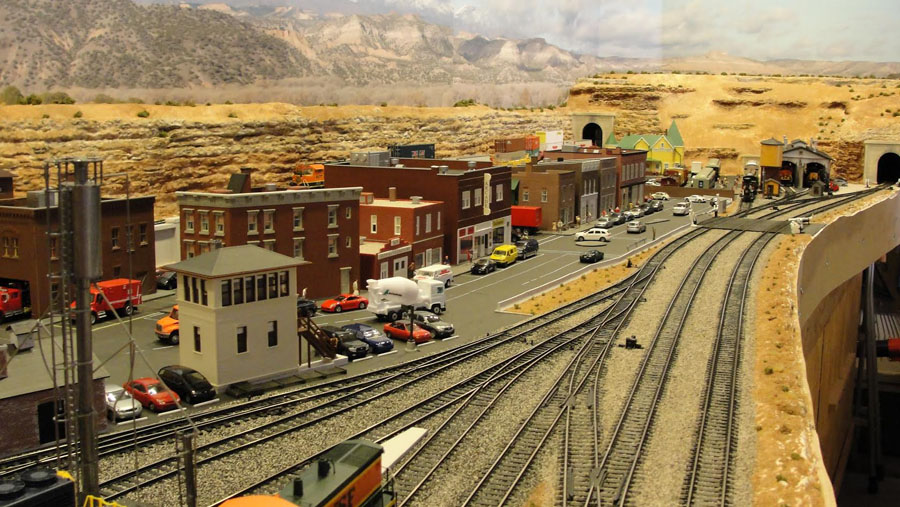 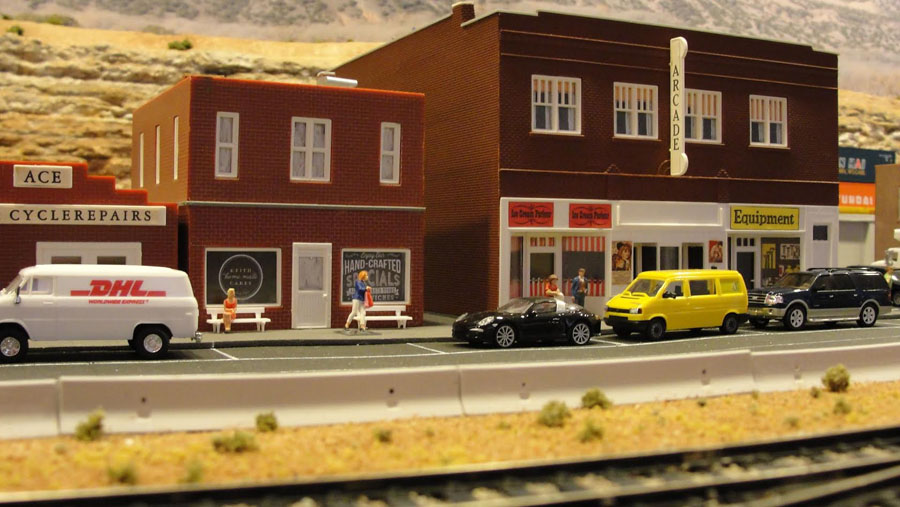 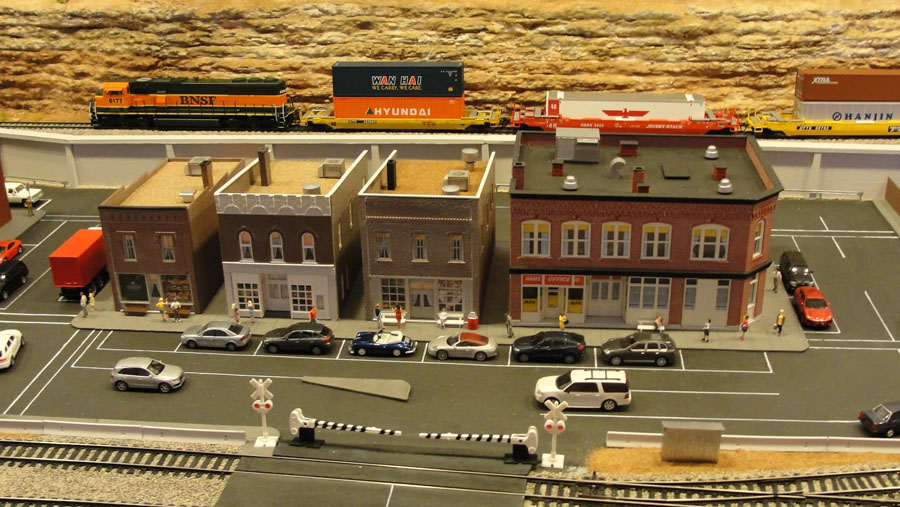 I’ve been following your site for a while getting ideas as I slowly build my first real HO layout. It’s taking a while.

I had to start by actually building a separate room in my basement. I’ve had to learn how to build stud walls, anchor them to concrete floors, run power and build bench work on my own. It’s been a challenge with a lot of swearing sometimes. 😉 I;m proud of what I’ve built. My room it tight enough I get no dust even though my husbands hobby is very dusty. And my bench work is solid as a rock.

Thankfully I’ve had a friend who’s been able to come help occasionally. I have two levels, steam above and diesel below. So far we have the first circuit of track running on the steam. Right now I have most of the foam underlayment down for the diesel level. Once I finish the swing gate I can finish the foam and then the real challenge of serious track planning.

I don’t have a specific rail line I’m reproducing or era. Once I really have a layout running and don’t have the building costs I might start focusing down more. Right now if I can afford a working engine and some nifty cars I buy them. 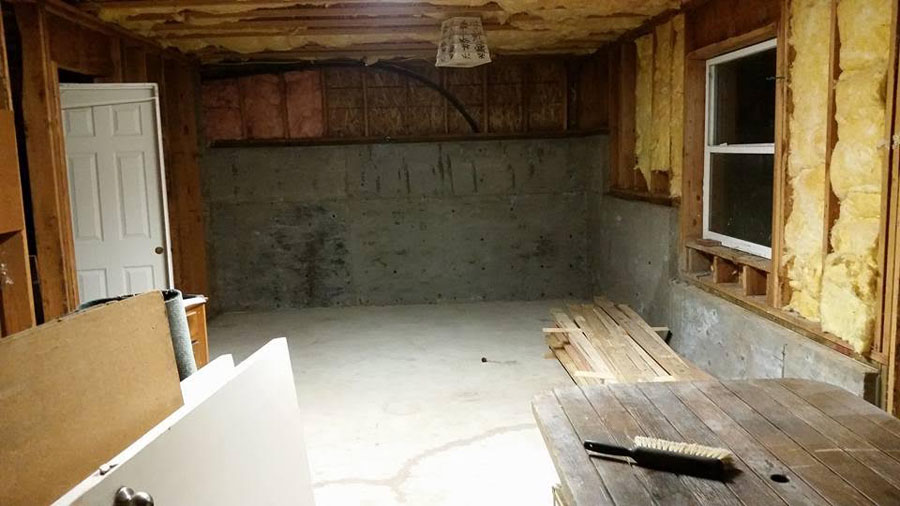 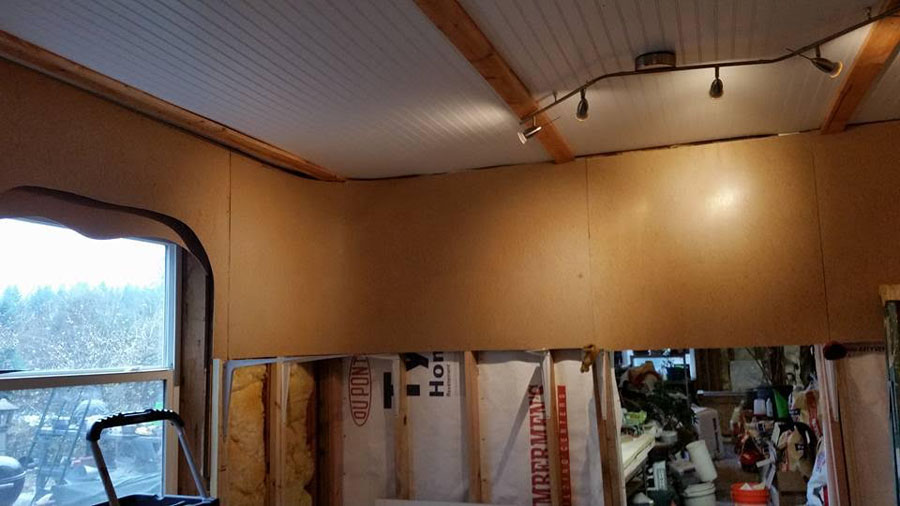 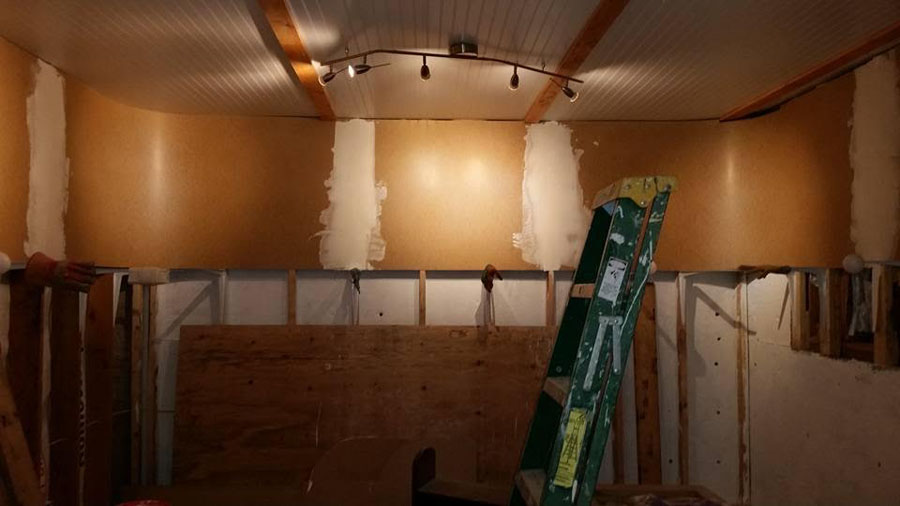 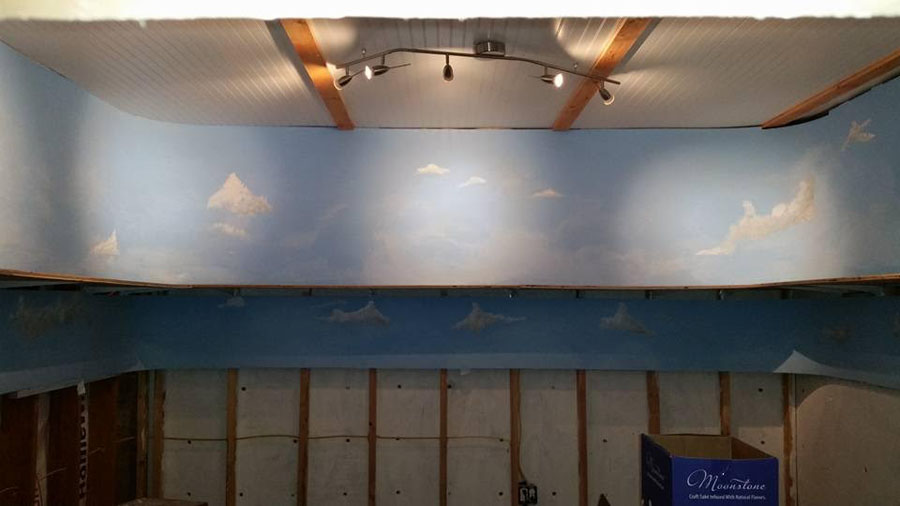 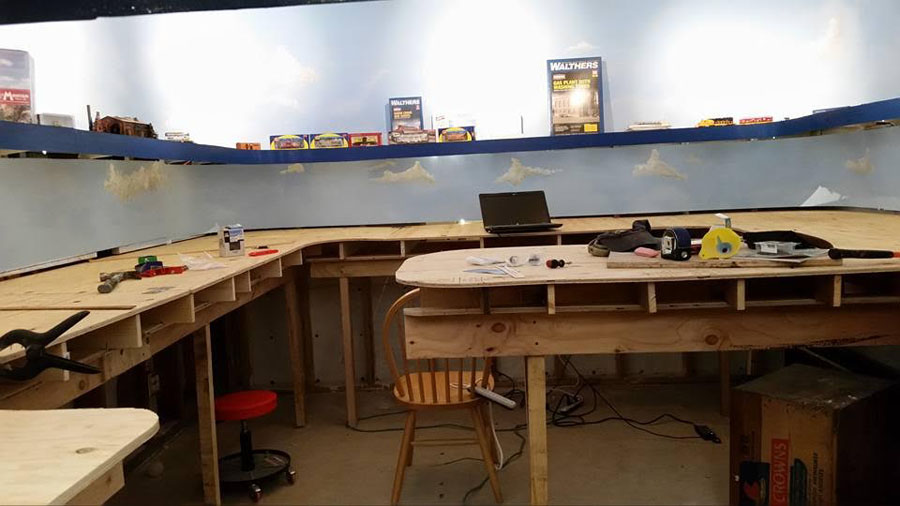 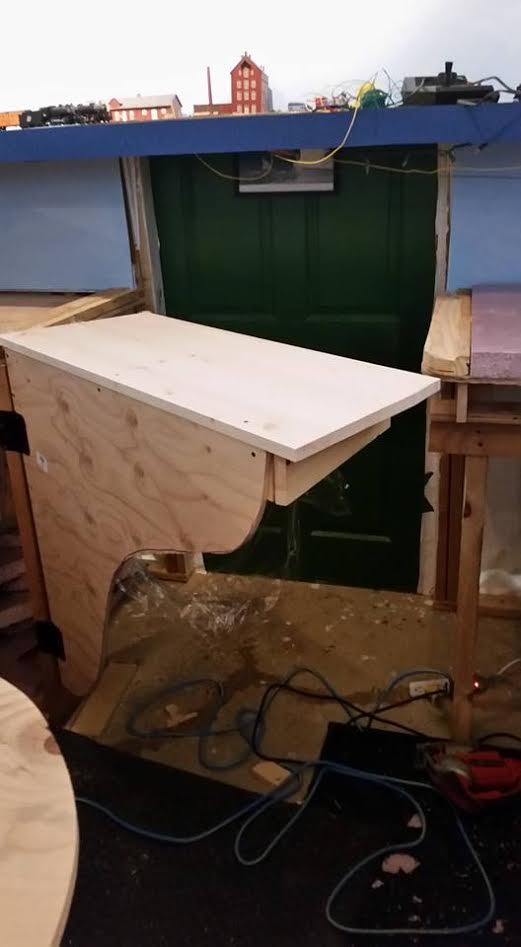 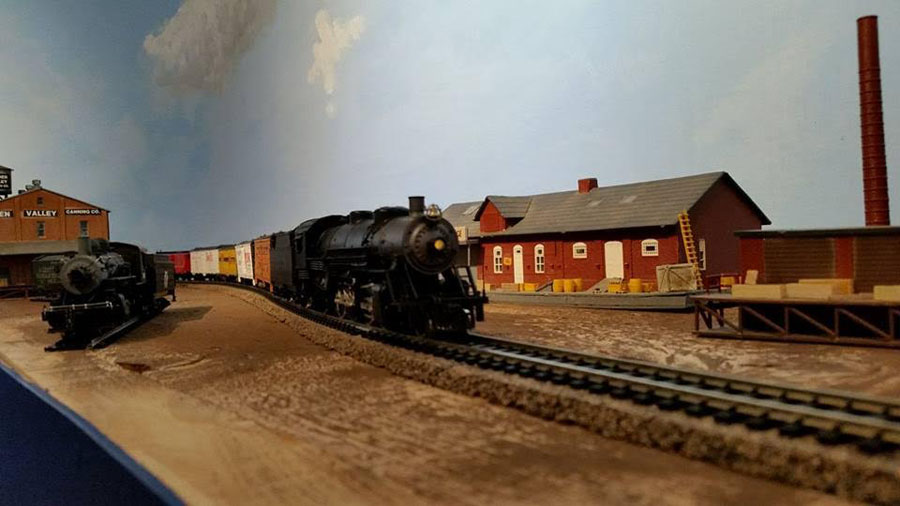 A huge thanks to everyone that has got in touch – and especially to Christie – what a room! I’m envious of all that space. And it’s another great example of what needs to be done to build a layout: claim some space of your own and just making a start.

Of course, I’m biased, but the Beginner’s Guide is a good next step too.

26 Responses to Some railroad layout questions