Thank you SO much for all your work, doing this and your other publications.

I’ve been a reader, since 2005, I think, just before my first hip replacement surgery, and started building structures and vehicles, in preparation for a layout that didn’t materialize, until 2010, after my other hip replacement. That one got interrupted by a move, out of state, that lasted until last year, when we were, finally, able to move back to our family land. Now, the basement is mine, and the layout begins, in earnest. 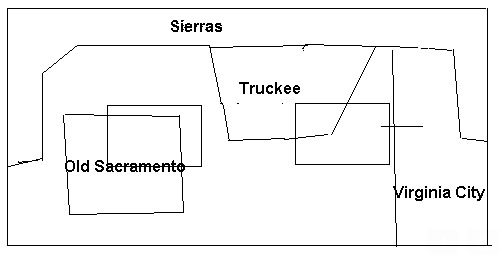 I feel that I need to give a little background, as to what I’m trying to portray. In northern California, the American tectonic plate collided with a mass of granite, a large portion being moved and another, twisting round but remaining fairly stationary. The end resulted in the formation of the High Sierras, Trinity Alps, Marble Mountains, and the Cascades Volcanic system, all twisted round and colliding with each other, as well as raising the sea bed to an elevation of over 5,000 feet, in places. It is an incredible place to spend time in. Sacremanto, Ca., lies at one area of foothils, Truckee, is at an elevation of 5,817′, and further east lies Virginia City, Nv, one of the richest silver mining areas in the world.

Perhaps, many of your readers have never seen the High Sierras, so I’m enclosing 2 small pics of them so you get an idea of what I’m attempting. 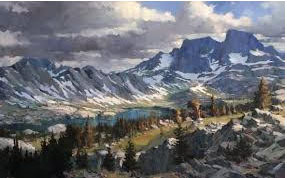 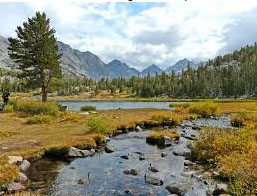 And now, here’s the first corner of the layout, nowhere near finished, but I think you’ll get the idea. The waterfall, behind the bridge, and river, will actually have running water in it, pumped by a 12 volt DC single faucet RV pump, resisted down for flow properties. 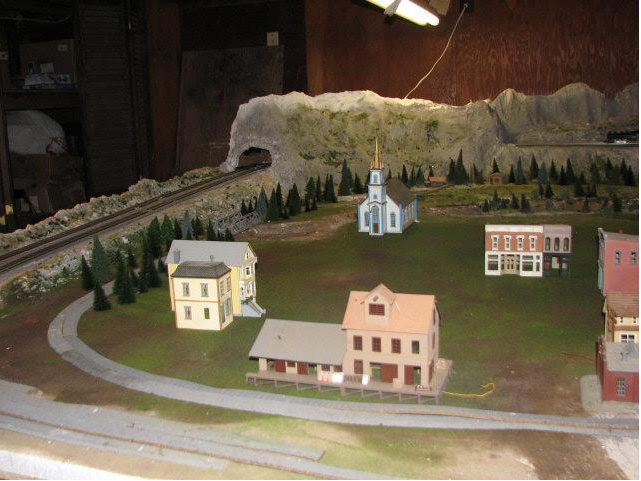 There’ll be 4 lines. Here are the beginnings of the first three.

The tunnel has openings behind it. 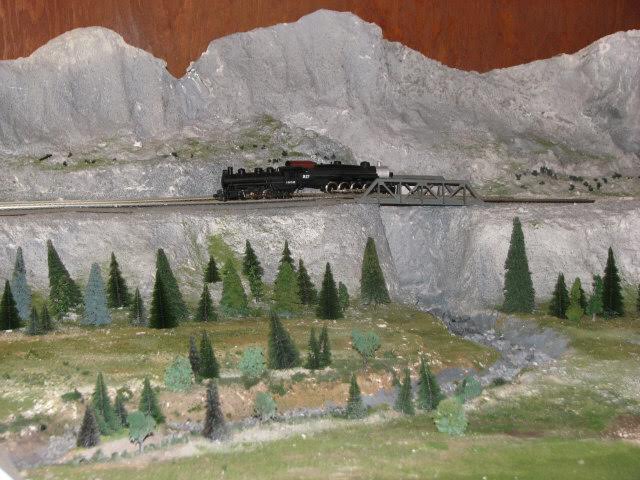 The double bridge and waterfall/river. 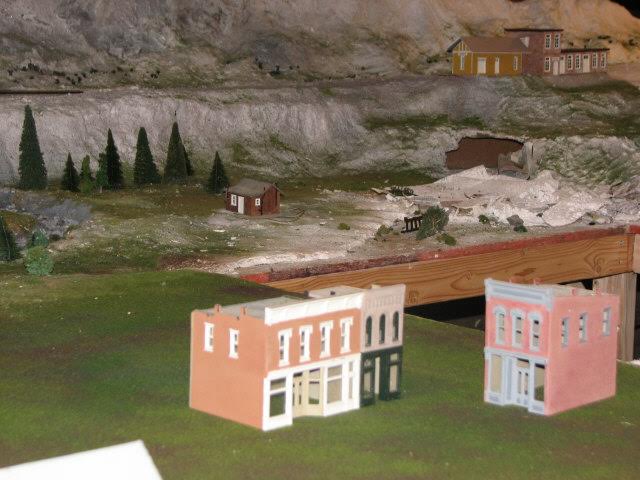 The beginnings of the town of “Glory”, in the upper right corner. In mining country, there were two kinds of mines – a Poke hole and a Glory hole. I’ll bet you know what they mean.

All 4 lines are analog. I’ll be running the little Baldwin “American” locos, for the V&T Railway, the “Big Boy” for hauling freight over the Sierras, a doodlebug for the local rural-to town line, and I don’t know, yet, about the fourth line.

You folks may notice there’s no constructed portal, at either end of the tunnel. That’s, actually, the way some of them were – just blasted and pick and shoveled out of the granite. Some 1,200 Chinese immigrants died during the 40 mile Sierras leg of the Union Pacific.

Thank you, again, Alastair, and thanks to all the readers who have contributed to this publication. I’ve gleaned a lot from them.

My tip would be ” stop reading and have a go – you can’t but learn from your successes and your failures”.

I loved Wolf’s narrative because it’s something I read time and time again: claim a space for your own! Then make a start…

And I thought Dean’s tip rang true too. If that’s you – the Beginner’s Guide is here.

That’s all this time folks. Please do keep ’em coming, just hit reply to any of my mails.

PS Latest ebay cheat sheet is here – starts to get really busy at this time of year. Some great deals about.