We got a lionel tree set when I was about 10 or 11 – set it up for years until I went to college and family moved – losing the set in the process.

Maybe 10 years later I did a HO set on a 4×8 – no fixed buildings just a train at Christmas. Something I could do with my son. Eventually that set was given away prior to an overseas move.

Then about 10 years or so ago my wife bought me another Lionel set that became a Christmas fixture with added expansion packs. But kids are gone and it wasn’t as much fun, or as easy, to crawl under the tree.

Last year we moved to NC, and the house had a really ugly 9×13 closet. After cleaning up the room, I got permission to make it a train room (granddaughter visit pending). And off I went.

There was a post a few weeks back from a reader who wasn’t sure if he would do O scale, and was hesitant to start due to a lack of carpentry skills. I get it. I thought I had it all figured out. The height is perfect (floor was flat) but it isn’t perfectly square. Fortunately I planned for 3 inches or so of overhang which covers the inadvertent trapezoid.

I thought of S scale, but had lots of O equipment and track so just stayed with it. Going smaller was out due to hand tremors. I used SCARM to layout the track. I would have liked to use Ross track because it looks great, but couldn’t get a layout I liked enough to fit my space. I would have liked to go larger than 0-36 curves, too, but again space was a problem.

I built the frame out of 2x4s – it is solid as a rock. I could have gotten by with 2x3s or 2x2s, the cost difference wasn’t that great. I went rather low – about 29 inches – because I had a stool and because I used an old TV stand and a corner stand from a thrift shop as supports – gave me some cabinet storage.

If I want to I can always add another platform later, too. I mounted the 3/8 inch plywood to hinges, so I could lift it up for wiring. I do have 2 feet clear on 2 sides, and have felt sliders under the legs so I can push it around a bit to improve access.

I wanted to get a 2 inch hill on the left side, but test runs show that my slopes are a bit too steep at 2.5%, so I need to drop it down a bit. I have a hot knife which should make it easier to cut.

I haven’t named the RR yet and it doesn’t represent a specific time period – though I am partial to 40s/50s.

My collection is more about family and places we’ve lived or been. More playful than detailed model. I haven’t figured out if I should do plaster cloth or drywall mud or ??? for landscape .

The left side will be Southwestern US – like red rocks in southern Utah. That way I can do a dry wash (maybe water later) under the bridge and another truss bridge and don’t need as many trees.

The right side will be more industrial. The center will be a town – with a trolley line. I now have a couple of used plastic buildings that I need to paint – but intend to putter with scratch building (buildings are so expensive).

So far my biggest challenge might be using old Lionel stuff – without the modern plugs. I need to figure out wiring for both configurations, I guess. BUt that’s the fun with a O scale 7×11. 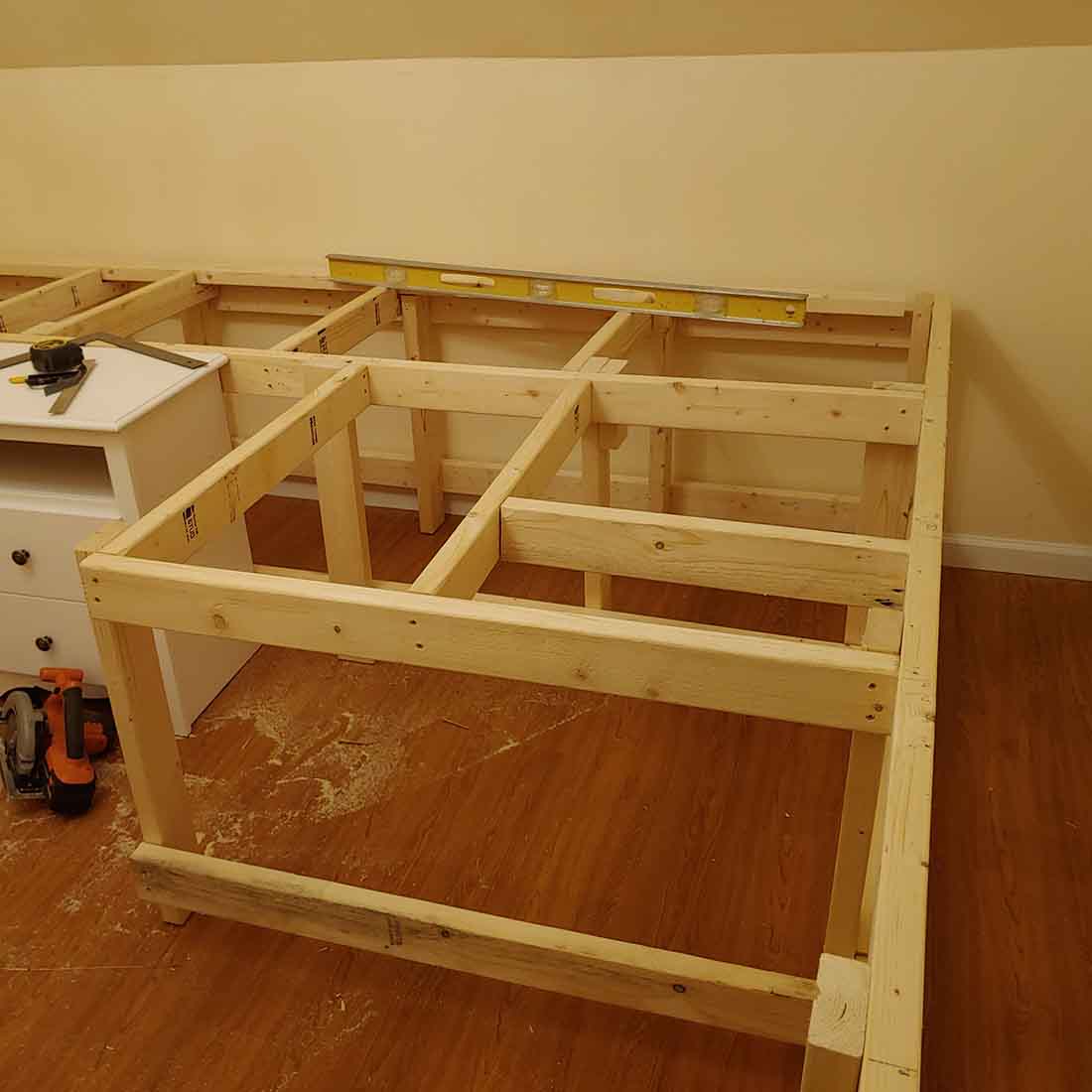 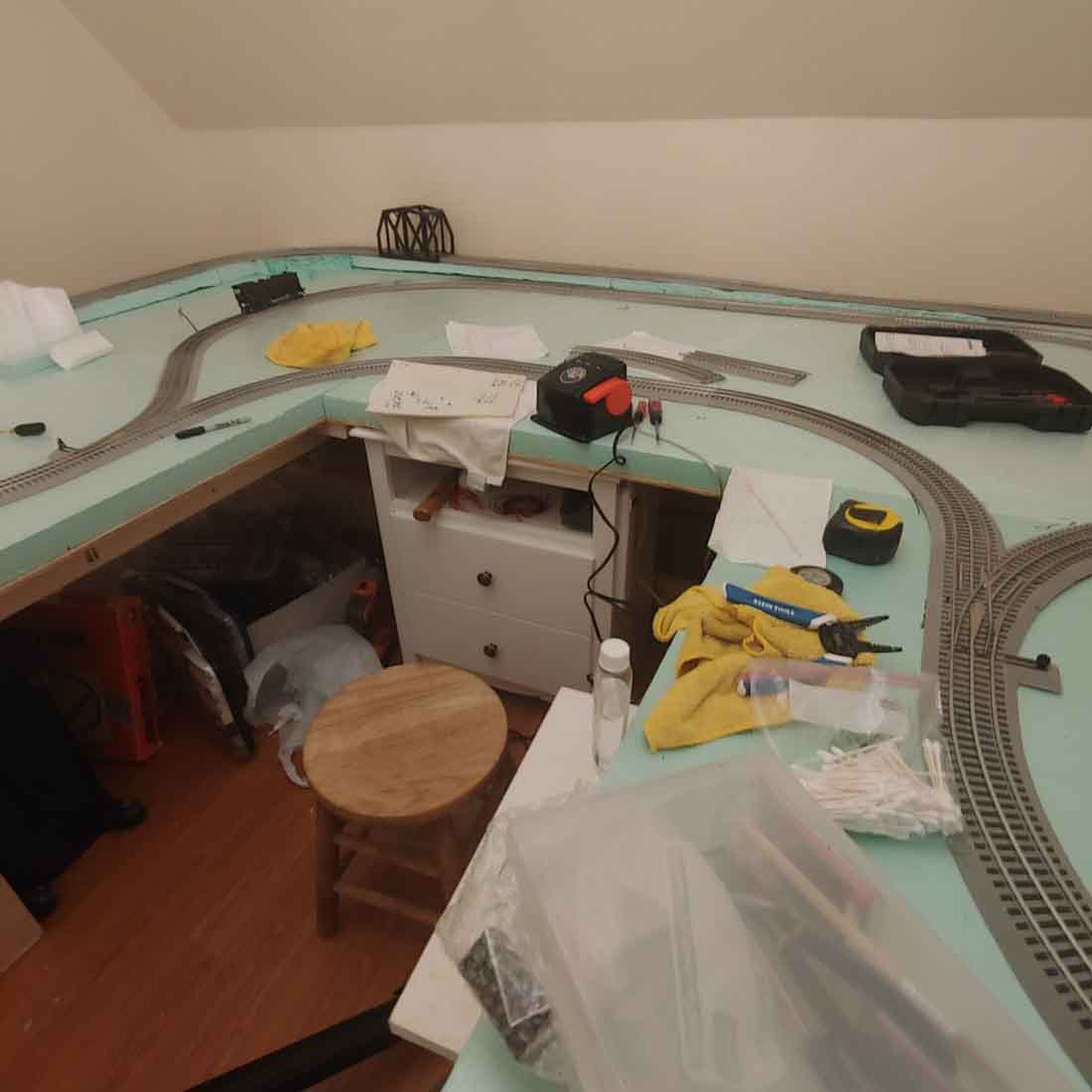 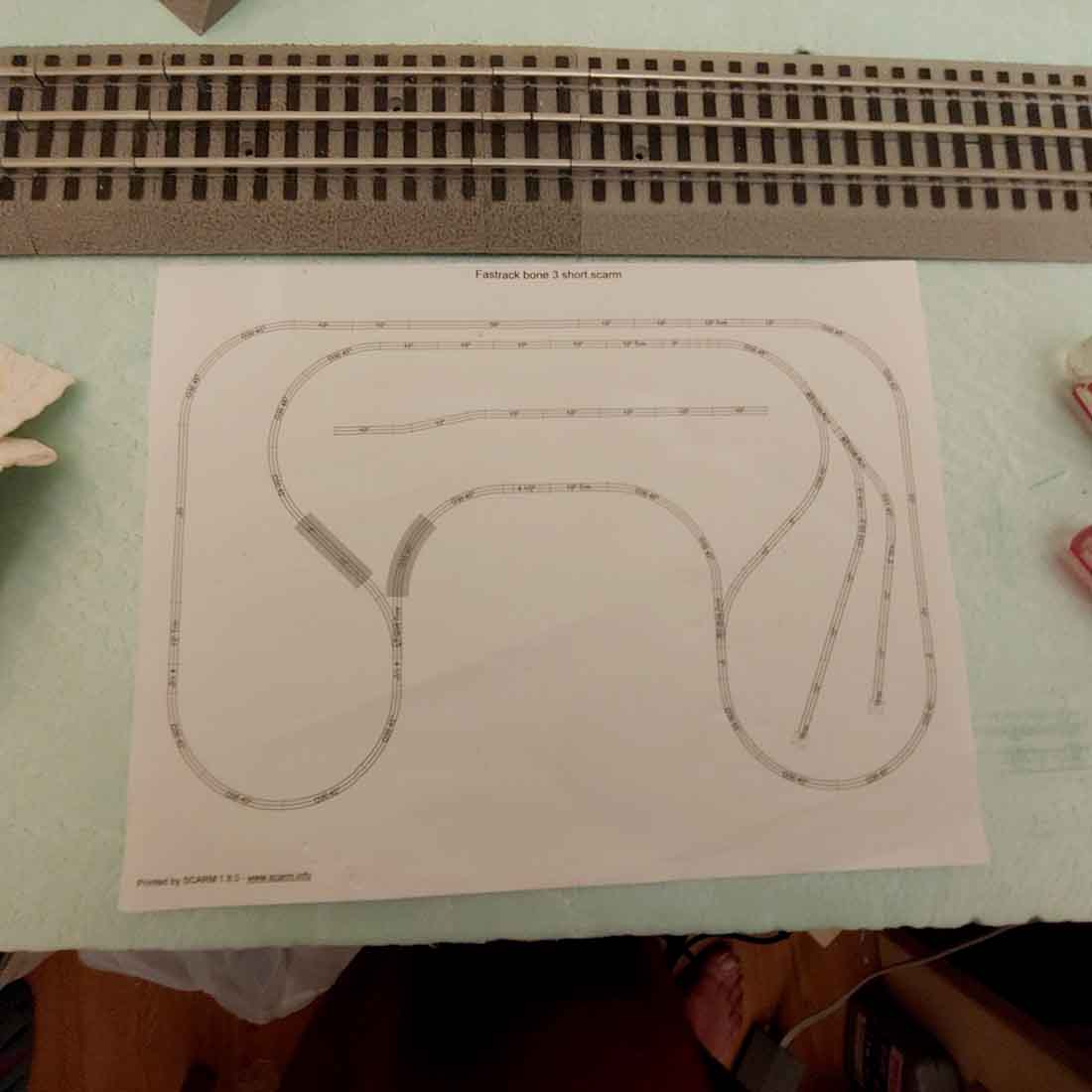 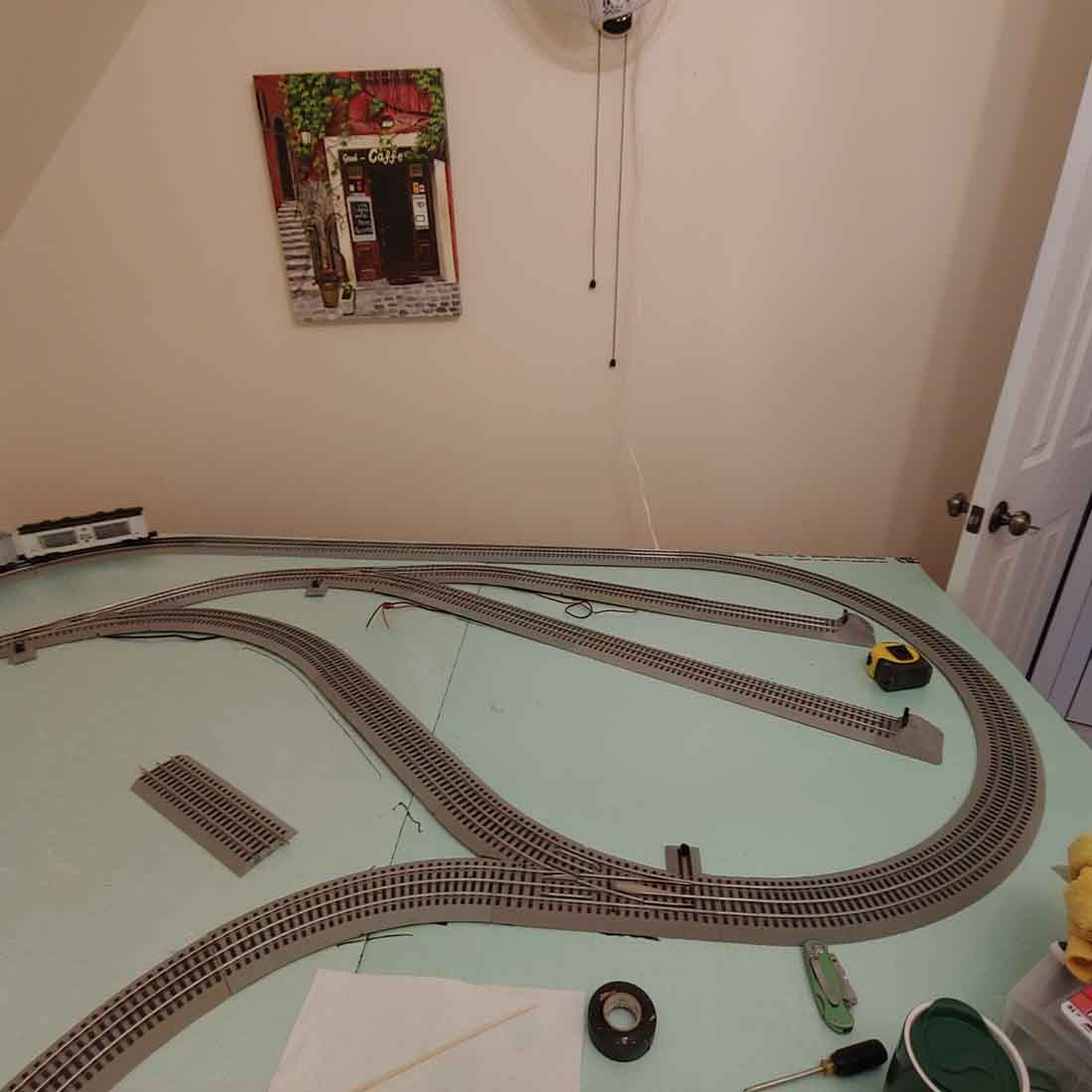 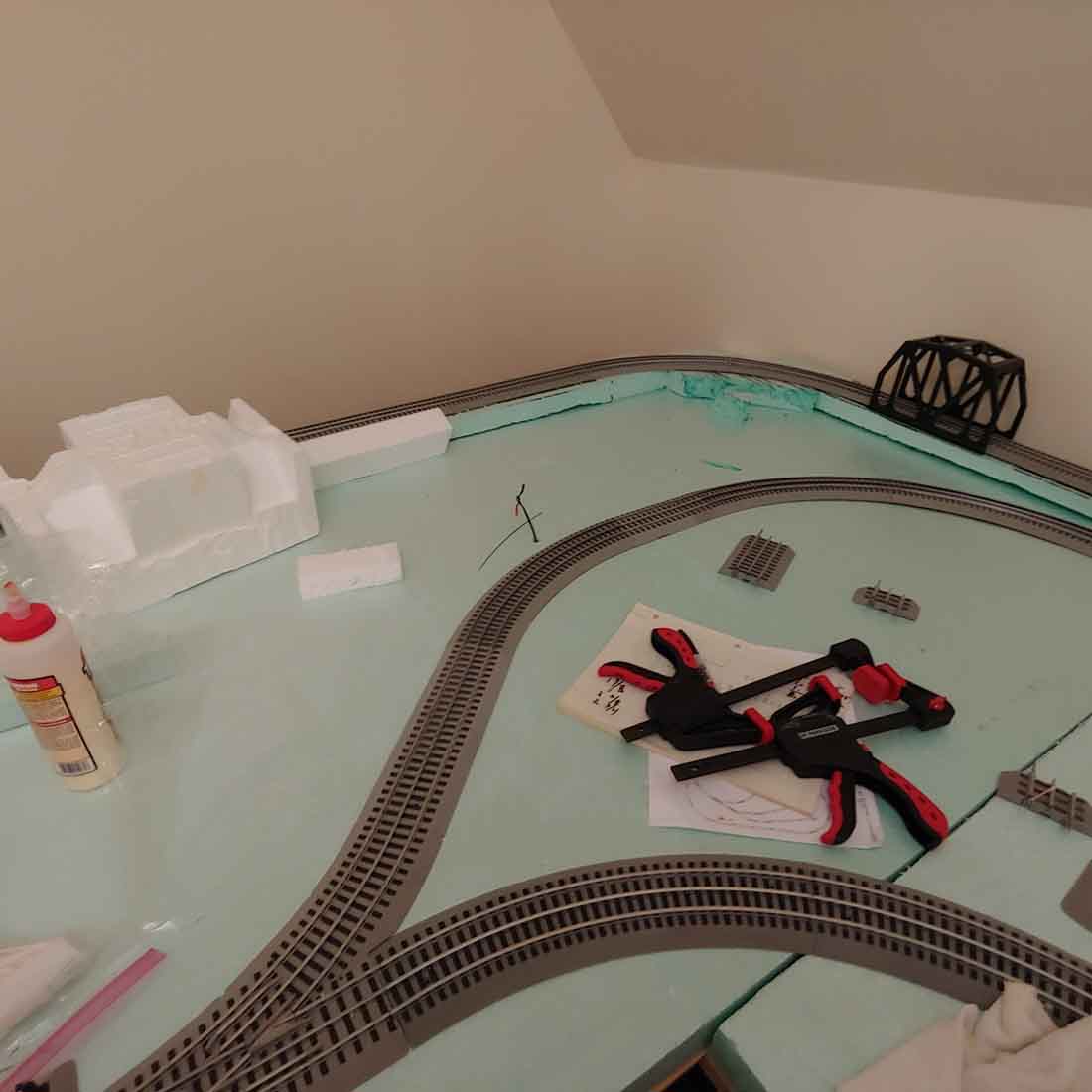 A big thanks to Kevin for sharing his O scale 7×11.

I really do enjoy seeing your ‘starts’. They are interesting, and more importantly, I know they help others make their start too.

That’s why for my latest silly sale, rather than just launch the latest scratch kit, I’ve bundled it with the Beginner’s Guide.

That way, there should be a few more making a start soon!

Here’s John with a few of the models you can make with the latest scratch kit: 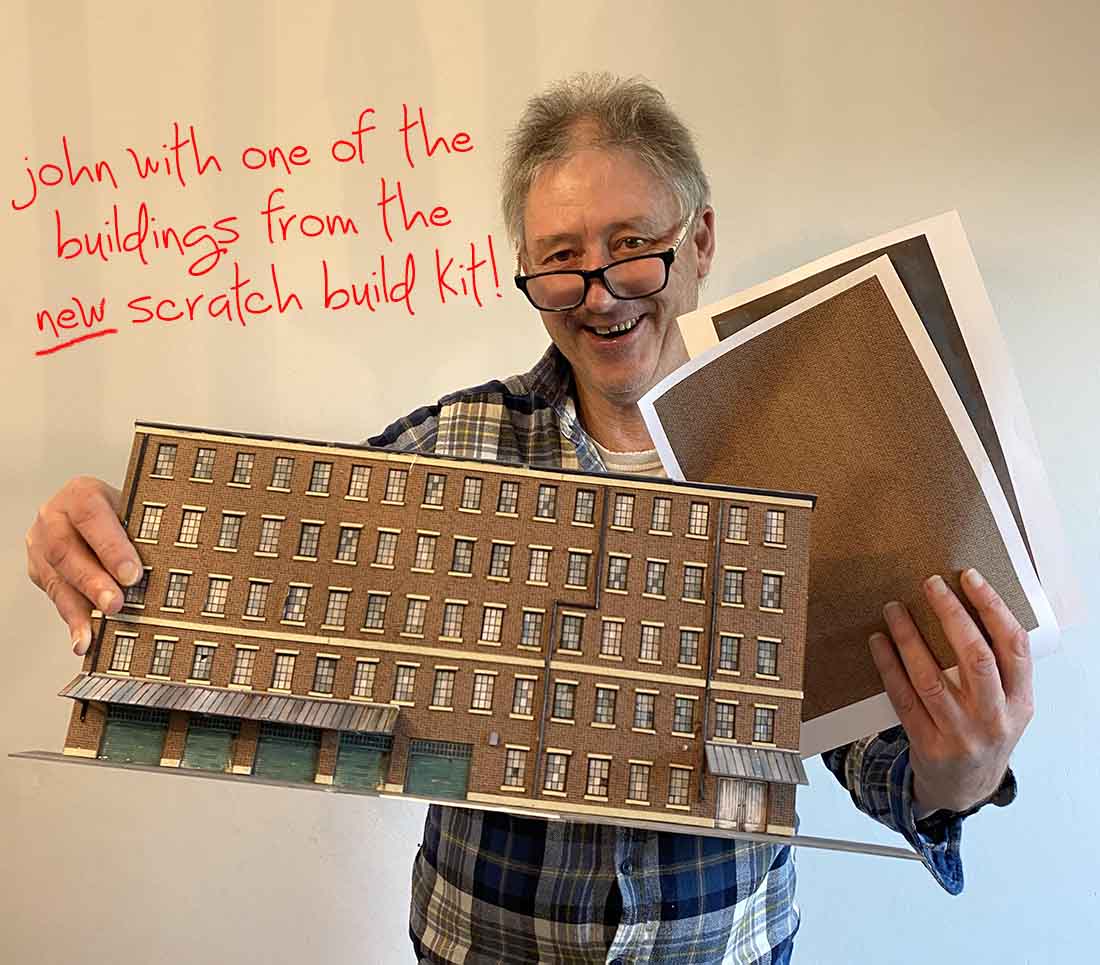 I know lots of you have already bought the guide and are only buying it for the prints, and that’s fine.

After all, you can’t go wrong for just $9 can you.

There’s seems to be a little confusion about what you get. So just to clarify:

$9 gets you the Beginner’s Guide, scratch kit 1 and the new scratch kit 2 as well as the other bonus buildings.

(You can grab it all here.)

Here’s every building you get:

But there’s a catch.

There’s always a catch isn’t there?

This silly sale is just for a few days then it all goes back to normal.

So if you want to get $136 worth of print out building for just $9, including the Beginner’s Guide, don’t hang about, grab it while you can.

PS Don’t worry if you’ve already got the Beginner’s Guide, I know a lot of you are just buying for the prints and that’s fine.

I’ve bundled them with the Beginner’s Guide so hopefully one or two of you will start that diorama, or design a track plan, or start laying track… you get the idea.


And here’s John explaining some other stuff about the kits: