HO scale train layout are probably the most popular.

There are hundreds on the blog. Here are just some of them:

“A great part of our hobby is creating illusions. I am creating the illusion of unit coal trains running between a coal mine and a coal fired power station.

I do not have the space to model either industry to scale, so a photo backdrop helps to create the illusion. 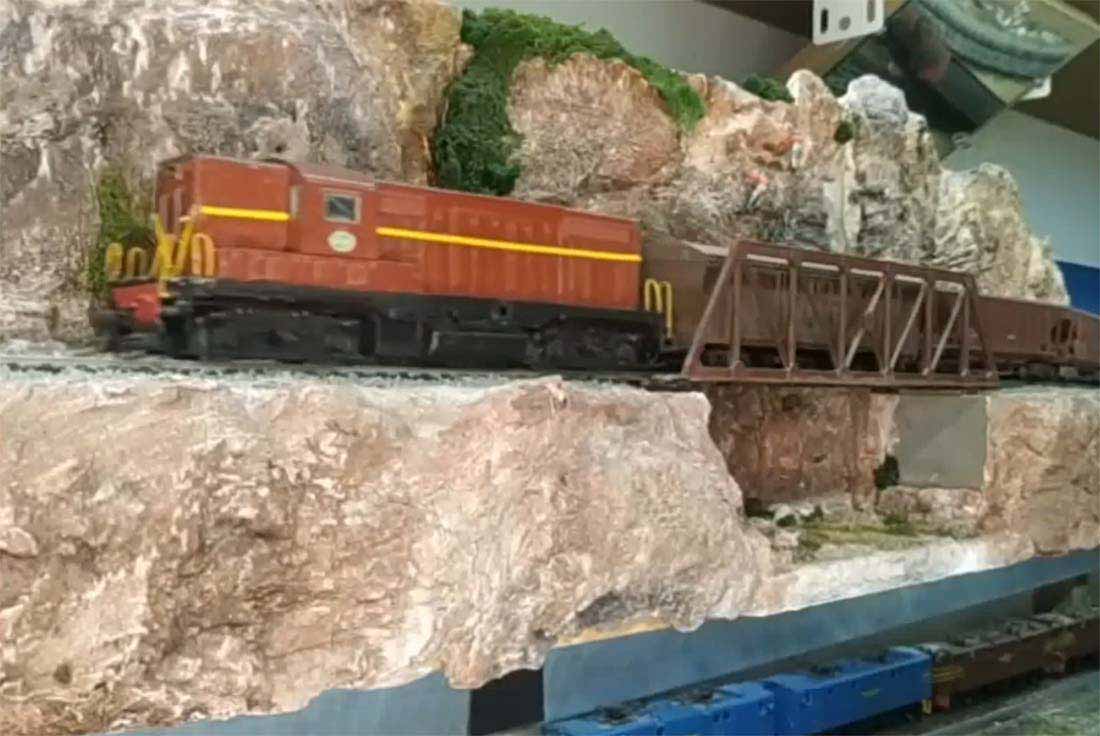 You can see all of Henry’s pics of his HO scale train layout here.

“For the HO layout I have scenery basically finished and now I’m going into detail mode and will be weathering cars and engines and finishing up a variety of small projects. While it’s mostly done it’s never done and Ive been enjoying operating the layout. 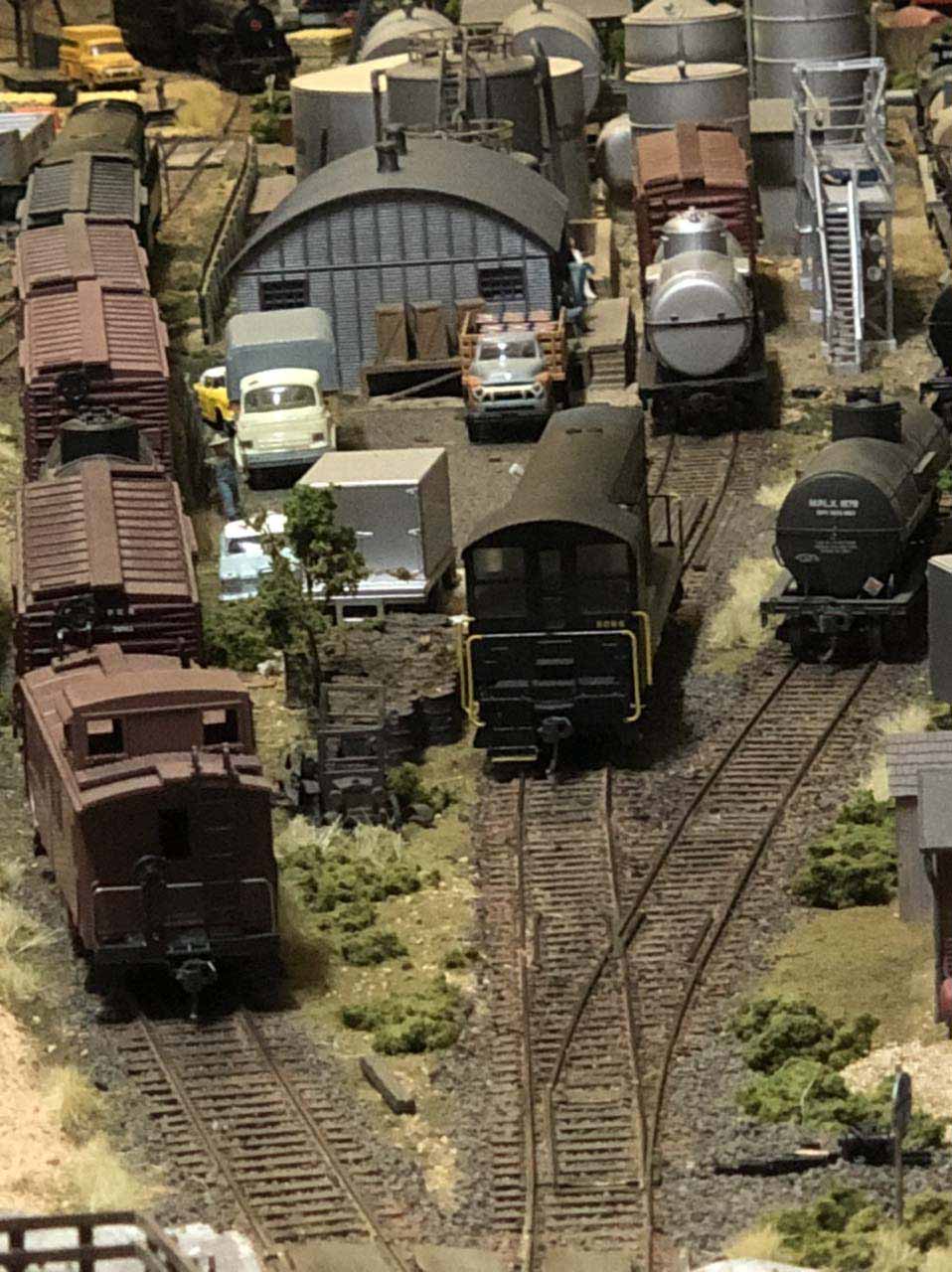 You can see all of Bill’s HO scale train layout here.

“Here are more pictures of my 4×8 model railroad.

All rolling stock is either scratchbuilt or built from LaBelle, Central Valley or old Roundhouse kits. All Locomotives are DCC conversions, some of which are old Mantua kits from the 1960’s.

All of the structures were scratchbuilt, the only purchased items being most of the windows and doors. 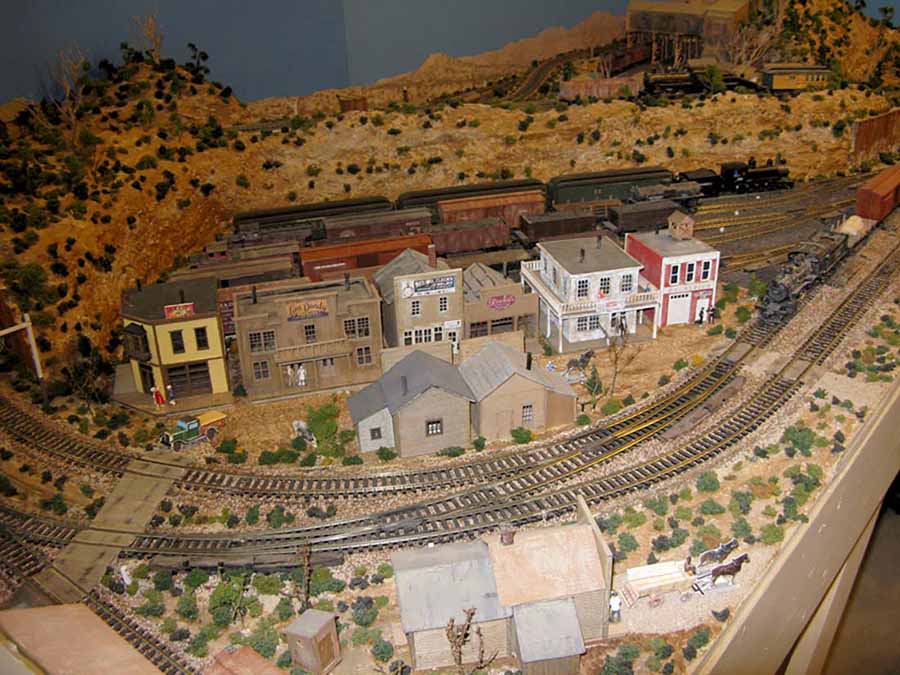 You can see all of Rich’s HO scale pics here.

“This is a 4×8 that has been in the works for 10 or so years, I now have it in a loft that is 16×20 and I am building a new layout and this 4×8 will not work into it well at all so I will be dismanteling it in the next few weeks to get started on the new one so I thought I would share some of it with you. 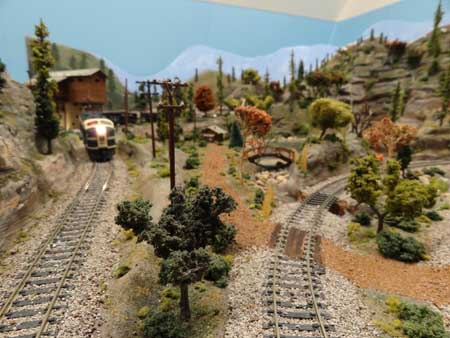 You can see all of Frank’s HO scale train layout pics here. 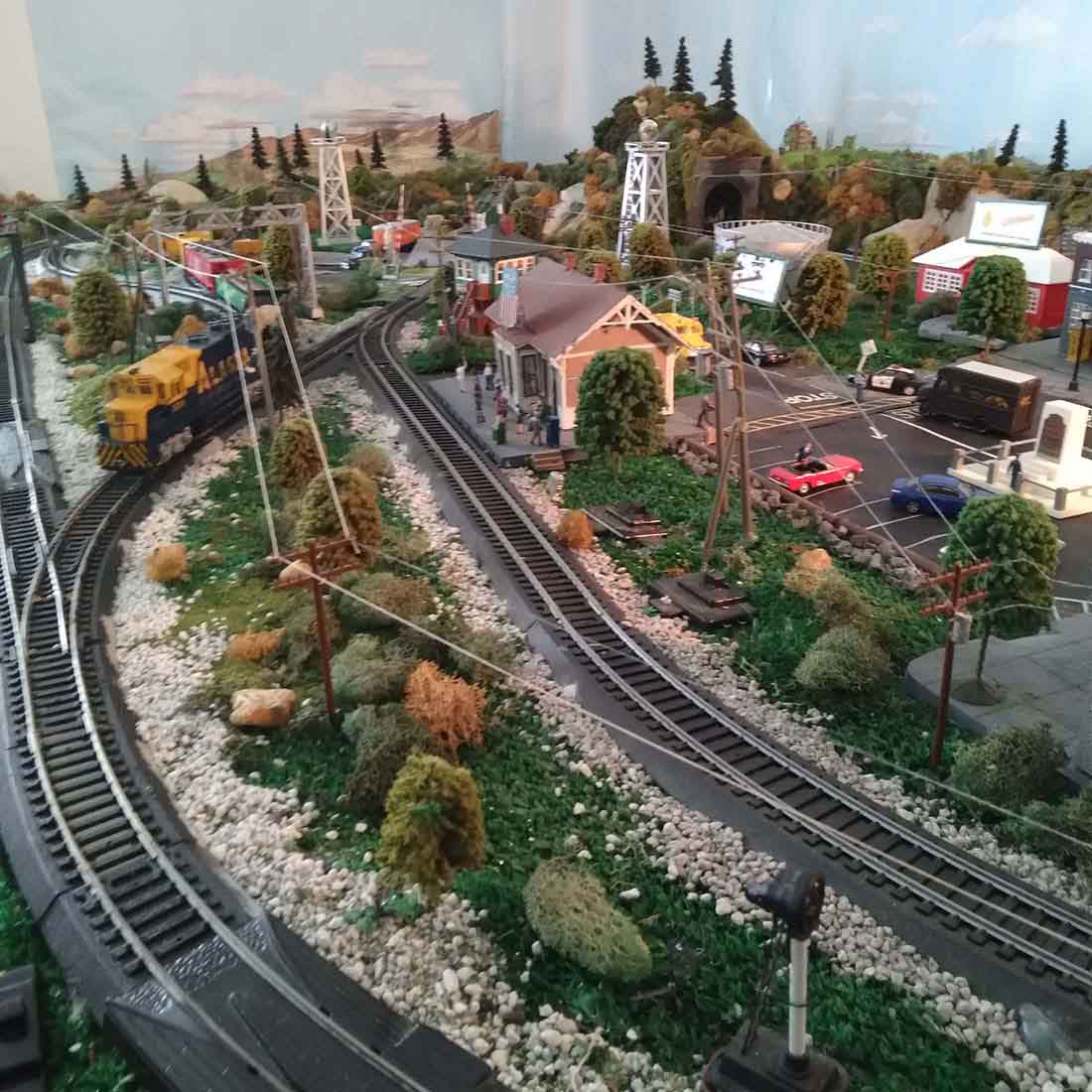 You can see all of Don’s pics, and read his narrative, right here.

“I started this train project just over three years ago knowing my only grandson was on his way. He’s now an excellent “three year old railroader”.

I grew up in that area in the 1960’s. A tourist train still runs between the two communities. 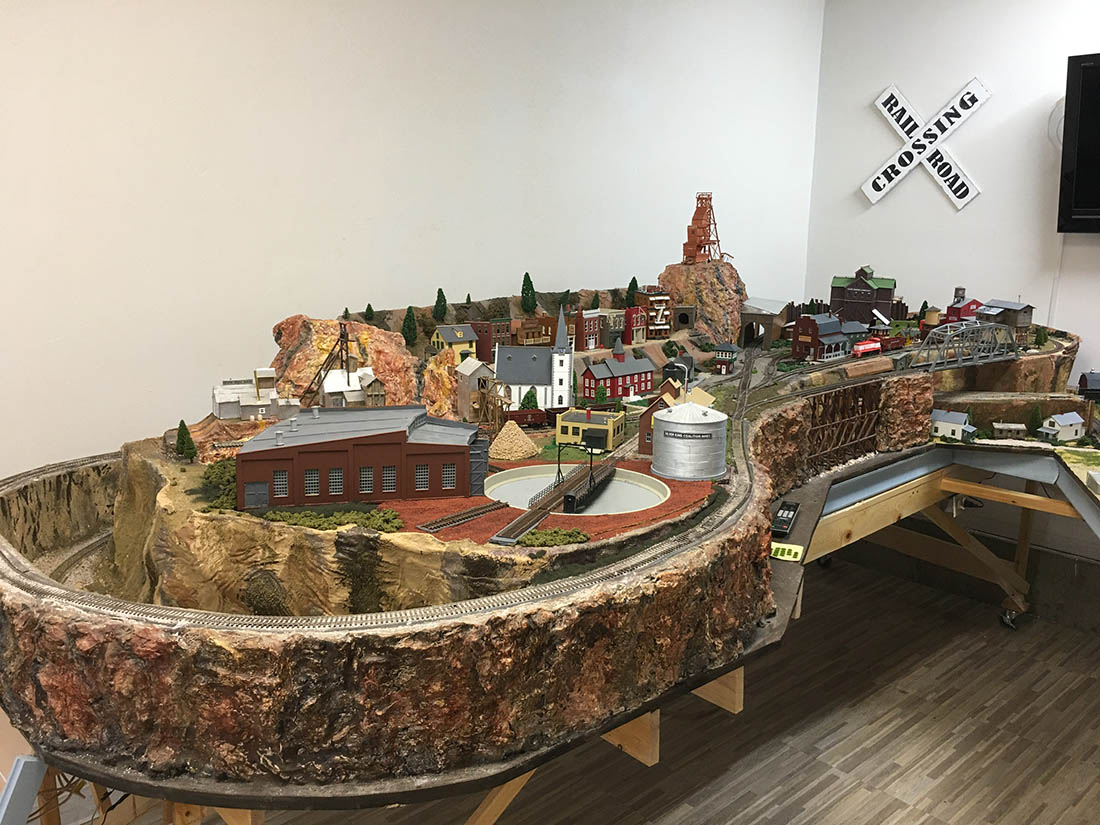 You can see the rest of Steve’s pics here.

“I decided that I would go as far as the budget allowed while using items not in high regard today with some modelers.

The goal was to come up with something that might interest even the more advanced modelers.

The original budget was set at $500 including lumber but will likely total out at around $600 after trees and some misc. items are added in. 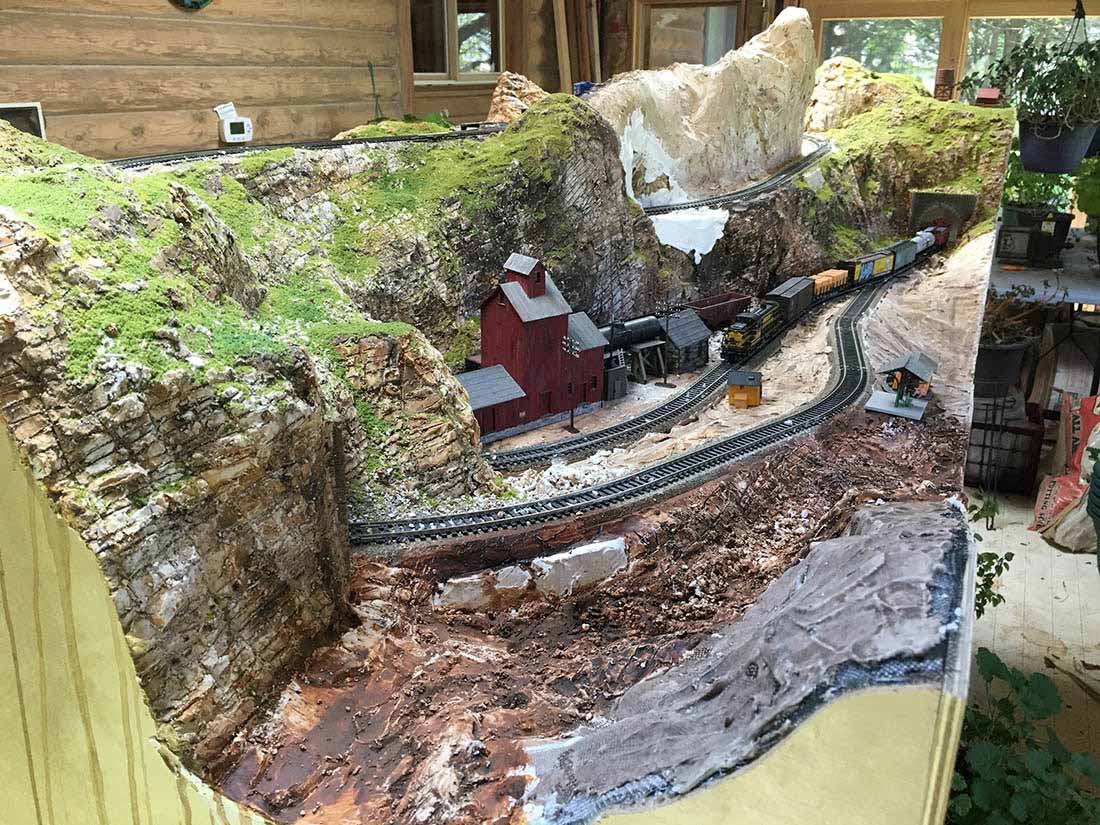 You can see the rest of Rich’s HO scale model railroad here.

“I have always enjoyed modeling scenery, but had to relocate 8 times for my job. As a result I crafted scenery from foam board and sculpted it using a “Hot Wire” cutter and a wire brush, depending on the effect I wanted. 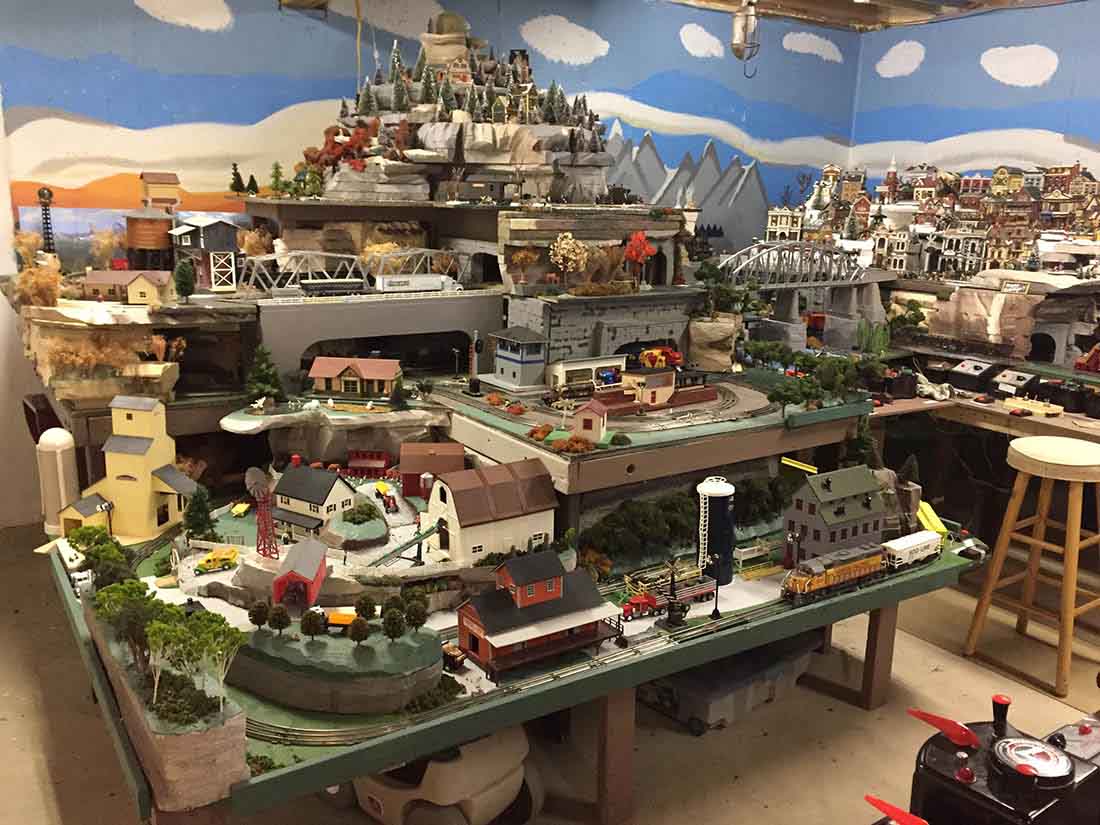 You can see all of David’s HO scale train layout here.

“This scene shows Angelo is waiting for a local delivery to pass his water tower…there are 4 towers in the area, Angelo has worked in all four the towers for the railway and is the longest employed tower operator. 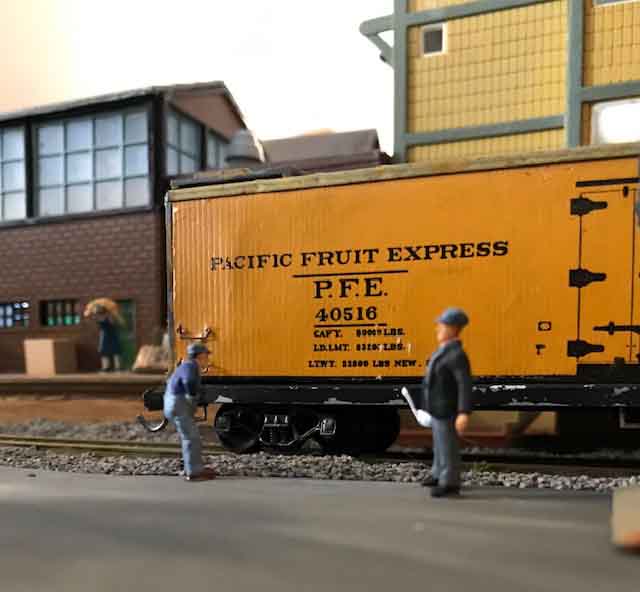 You can see all of James’s layout pics here.

“I now have the left side of my layout started. As you may recall, this is going to be a coal hauling railroad set in the mountains of West Virginia, only my mountains are going to be more like the Rockies, that is more bare rock and steeper sides.

The left side also has a number of storage tracks that will be under the mountains and the coal mine, those are in and I can now run trains completely around the U shaped layout. 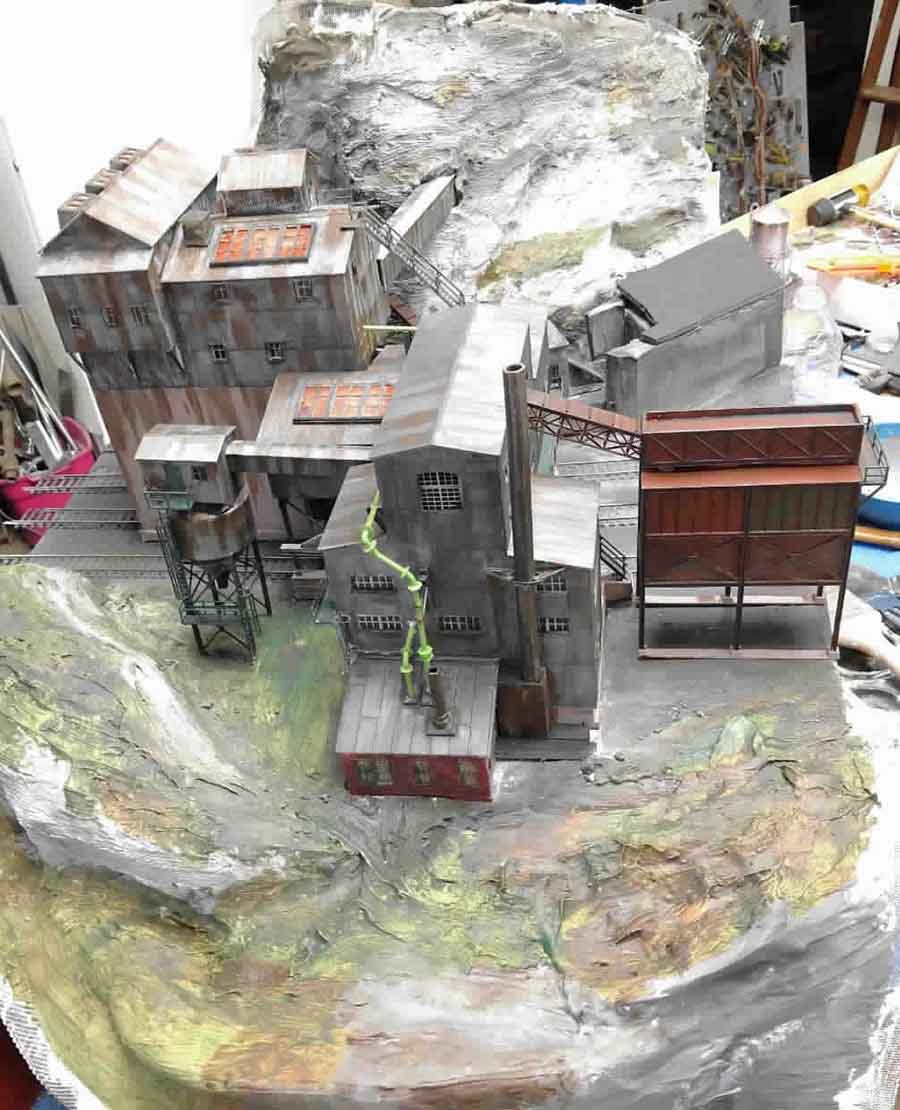 You can see all of John’s HO scale mine layout here.

The time period would be between 1900-1910, it’s late fall and winter is just around the corner in New England.

I have been a train buff for as long back as I can remember and a modeler most of my life.

The layout is in a small bedroom, around the room single track with several sidings and a couple of passing’s.

All the locomotives are steam with sound. A couple of friends helped me with the bench work and the wiring. 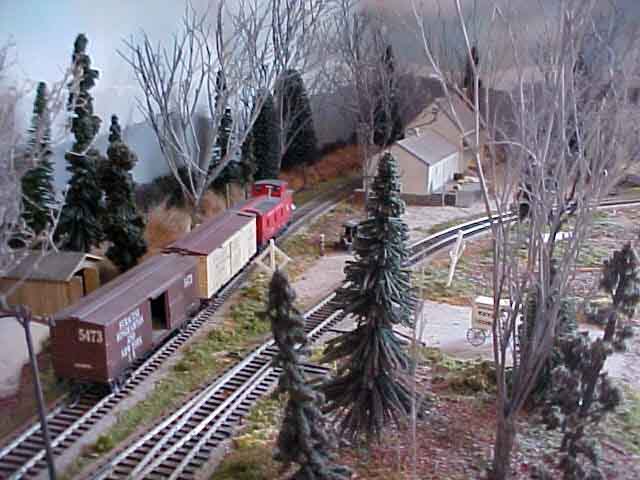 You can see all of William’s stunning pics here.

“My choice was an HO scale layout 8×15 DC layout consisting of a double loop passenger line encompassing a double loop and figure 8 freight line representing the fictitious “Somerfield Valley R.R.” surrounding the main street area of the Village of Somerfield, and some outskirts.

You can see all of Jeff’s stunning layout here.

“Whole new table – going ho this time and fortunately I saved all of my old track and what I had of my trains. 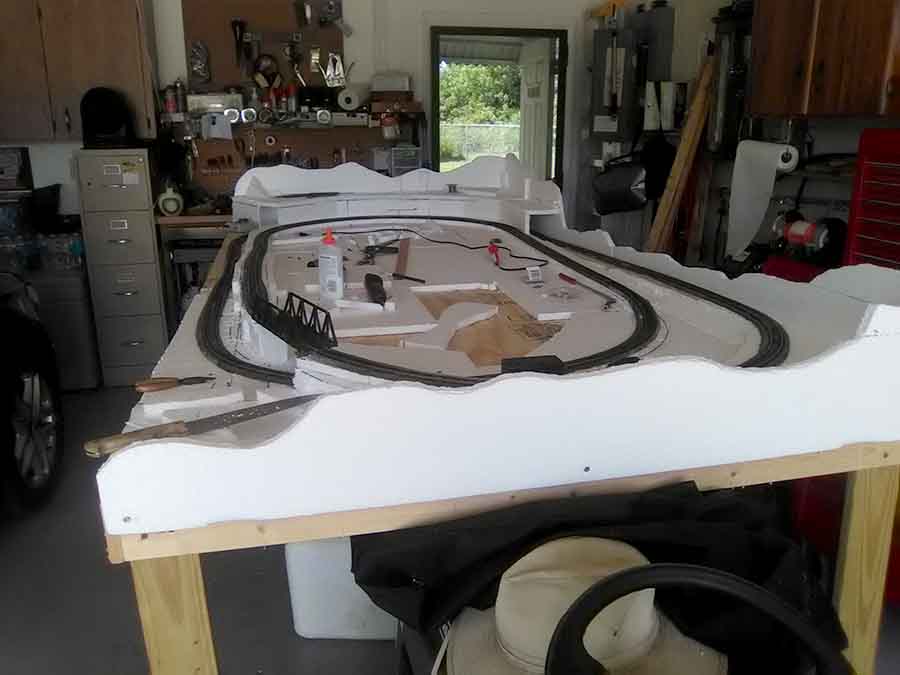 You can see all of Lou’s layout pics here.

“Started out with diesel power circa 1990 to present day. Recently I have decided to build a much larger layout in one of my business buildings when I retire. So I am changing this layout to steam era 1950-1960s. The larger layout will be diesel. I will be able to work on the current U shaped HO scale layout in my basement until then. 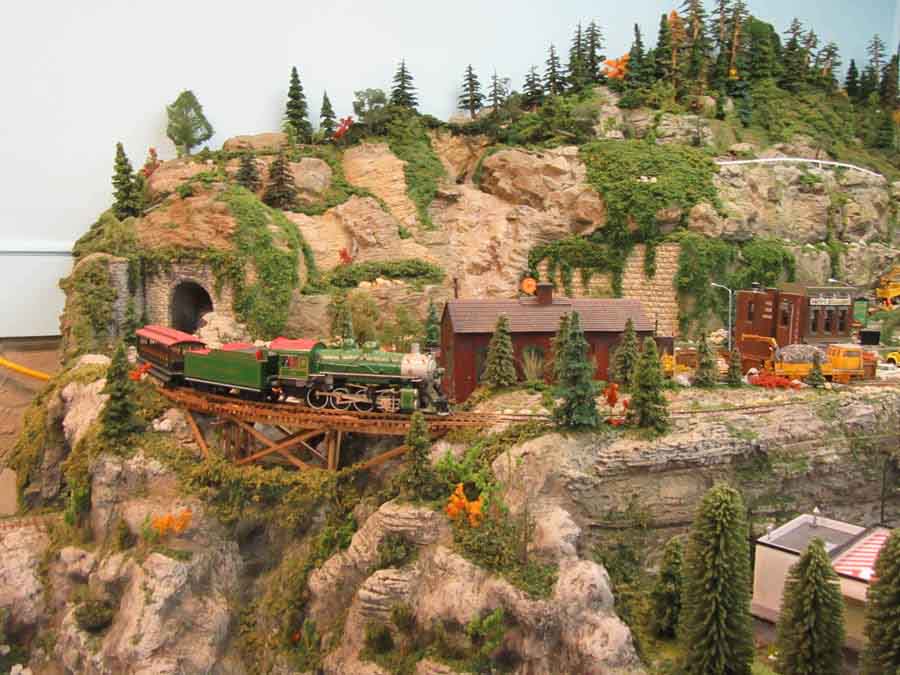 You can see all of Tom’s layout pics here.

“The railroad is freelanced, late steam prior to 1950 set roughly in NW New Mexico. The town is San Juan Creek (named for the San Juan mountains of that area).

The local shortline is the San Juan & Central. Major industries include San Juan Coal and San Juan Lumber; both own and operate their own branchlines.

There is a saw mill, a planing mill, oil distribution center, a small cattle ranch and beef processing plant. Various other normal businesses are also included. 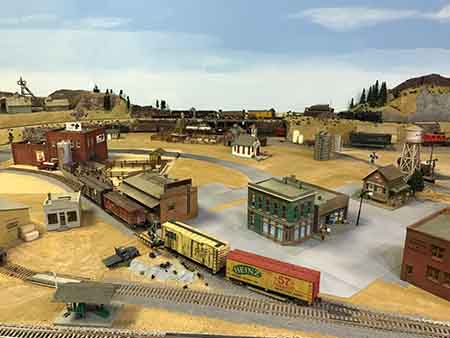 You can see of Joe’s layout here.

“By removing this barrier and softening the edge the two worlds can come together.

I started making the change about 3 weeks ago and like the way it looks. It’s a simple HO scale project too.

In the photos I show how I did this and what the outcome looks like. 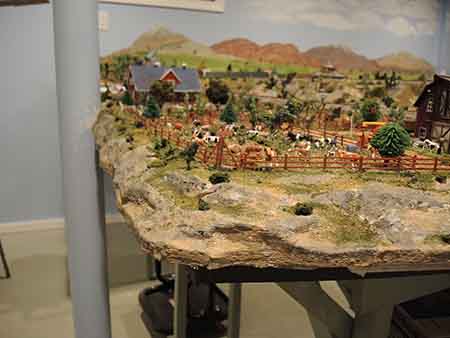 You can see all of Paul’s HO scale project here.

“These pics show my newly named existing railroad and the addition I have been working on since last September.

The first photo shows the sign my wife painted that I hung over the RR. 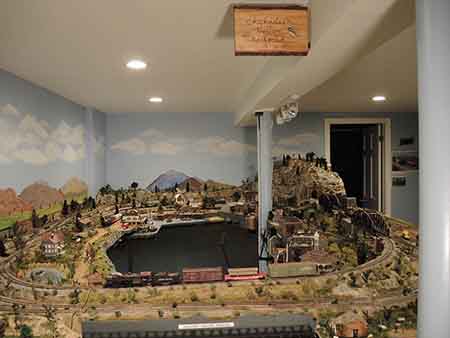 There are hundreds and hundreds more HO scale train layouts on the blog – here is another page of HO scale layouts.

But the only way you can see them all is jump on the newsletter for the daily posts.

You can do that right here.

It’s not just folk sharing their HO train layouts – there’s also hundreds and hundreds of tips and ‘how to’ tutorials.

Here’s one on inclines.

You get the idea.

I’m not one for social media – so please do jump on the newsletter if you don’t want to miss out.