I really appreciate your daily emails. The pictures, videos and viewer comments are very helpful. Thank You!

I have collected 027 Gauge trains and Accessories for over 40 years; it started when my Dad bought me a Lionel steam engine when I was 10 years old.

My uncle worked for the Santa Fe Railroad; he would take me to the rail yards, knowing my interest in trains. What a thrill for a young boy.

I returned to the hobby when I was in my thirties and it has been adventure, since then.

Last year, I sold my 027 gauge collection to an EBayer and soon had “sellers remorse”. My 027 gauge layout was 4 levels and entirely took up our 20’ x 30’ unfinished basement.

After selling my collection, I decided to become an HO gauge convert. Not having access to the train shows and swaps that I would routinely attend really restricted my ability to get good deals for my new hobby.

I quickly became a shopper on eBay and began buying engines and rolling stock. I reused much of the scenery I developed on previous train layout, converting it to HO scale.

I have always enjoyed modeling scenery, but had to relocate 8 times for my job. As a result I crafted scenery from foam board and sculpted it using a “Hot Wire” cutter and a wire brush, depending on the effect I wanted.

My benchwork was constructed with ½” plywood and large bolts for easy reassembly.

My HO layout is a work in progress and I plan to swap out many of my repurposed 0 gauge scenery. Here are some photos to share with your readers, if you think they are worthy. I am sending you a 2nd email with my HO layout pictures.

I look forward to receiving your emails. 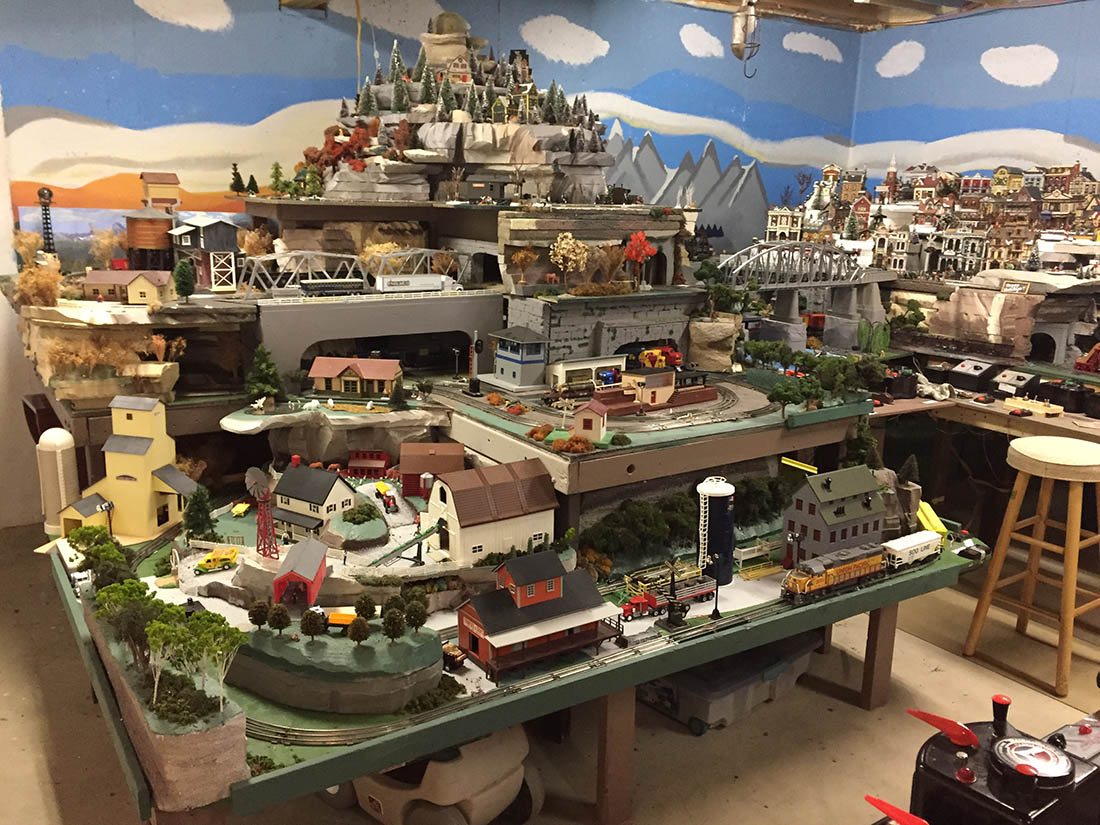 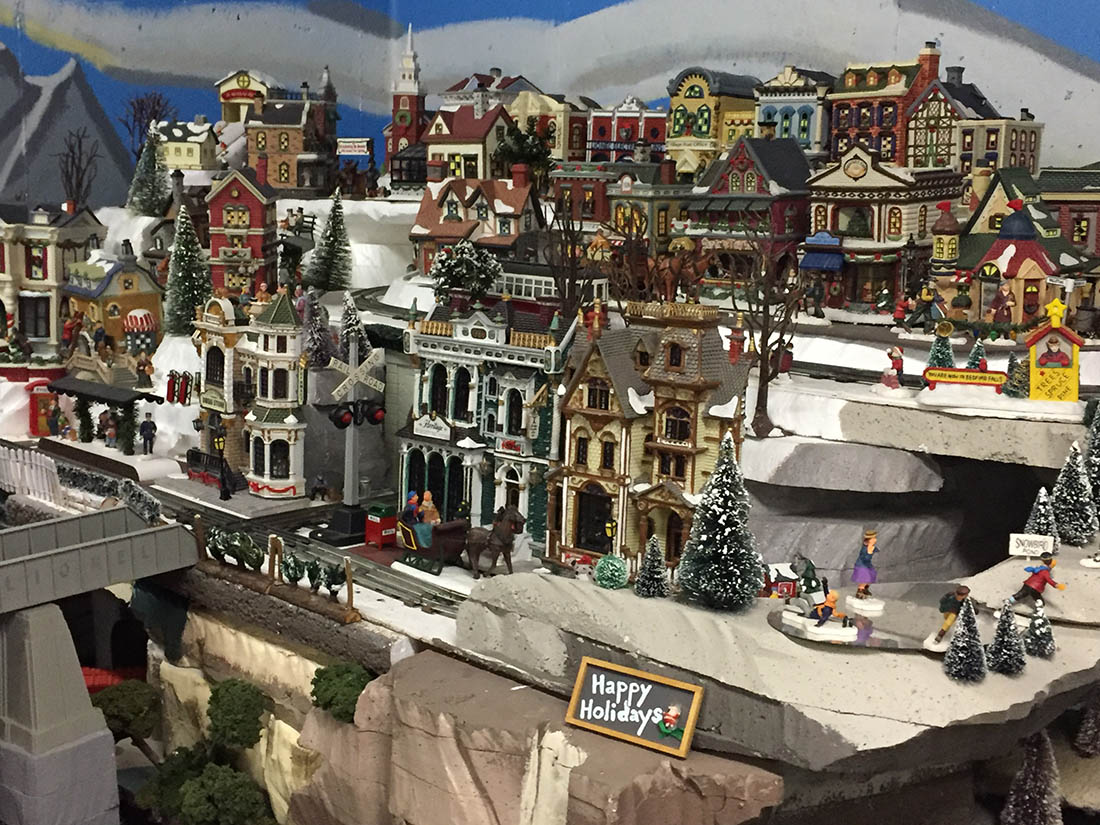 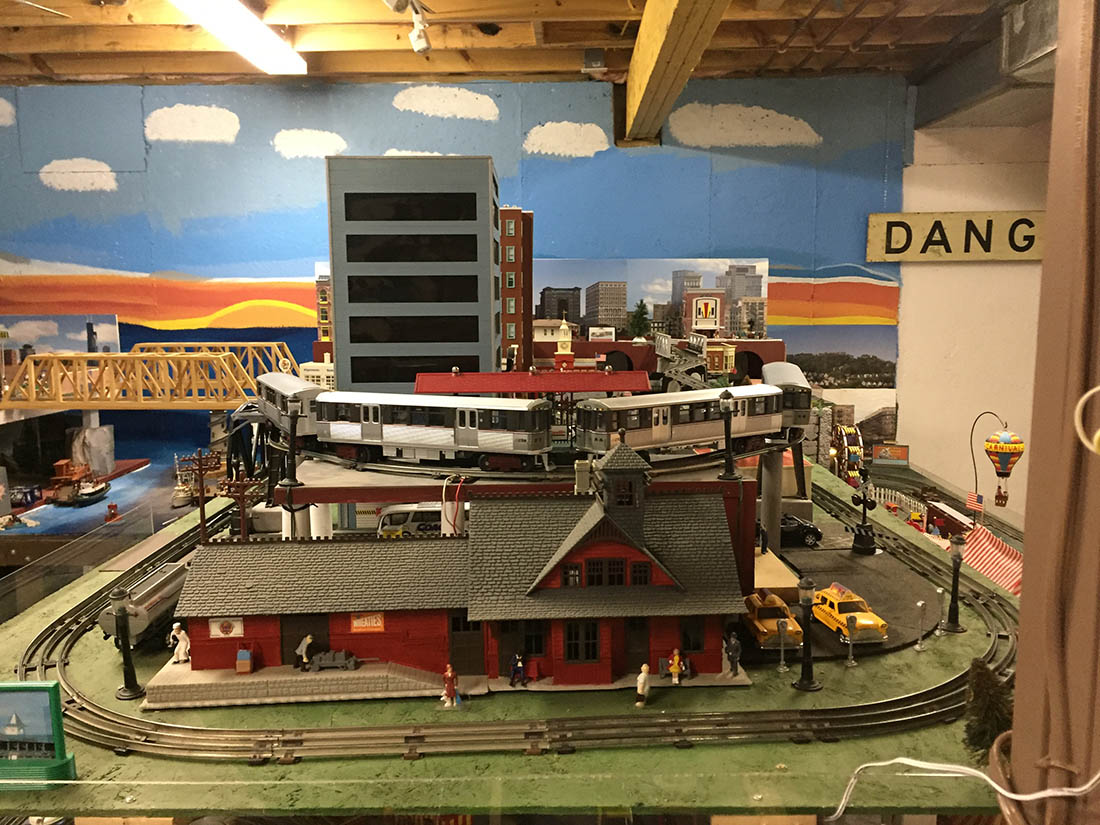 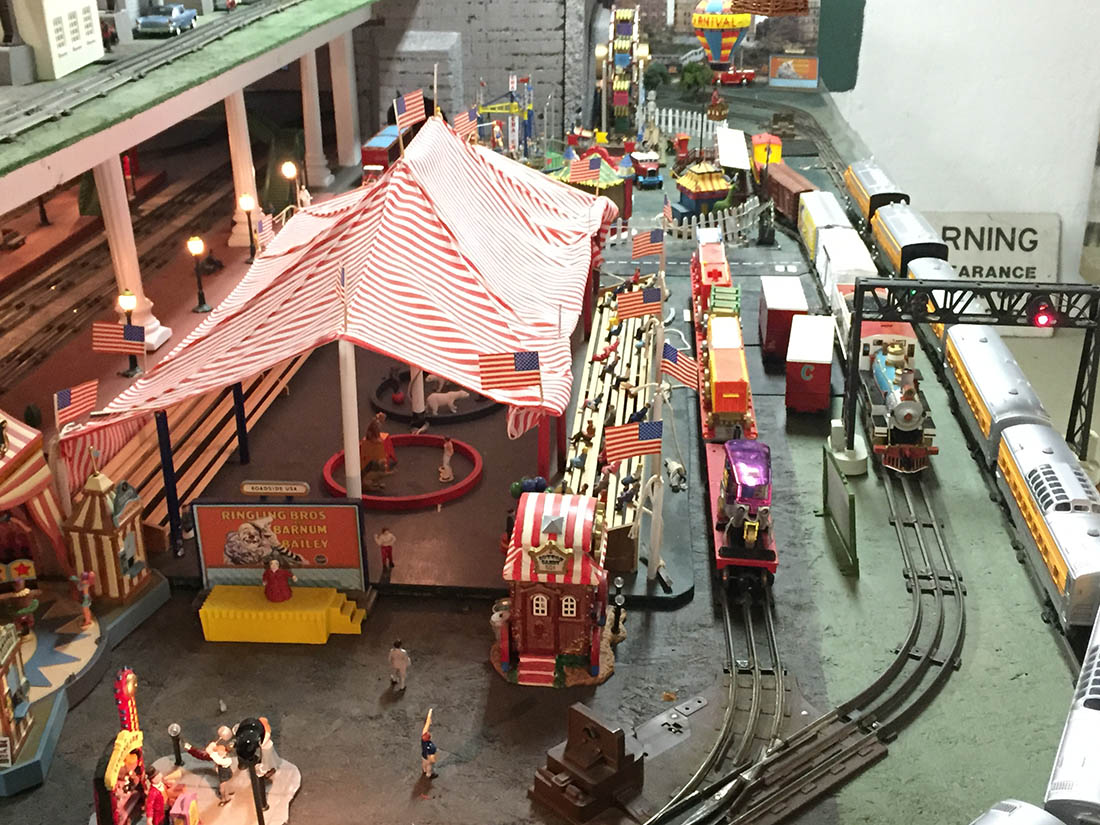 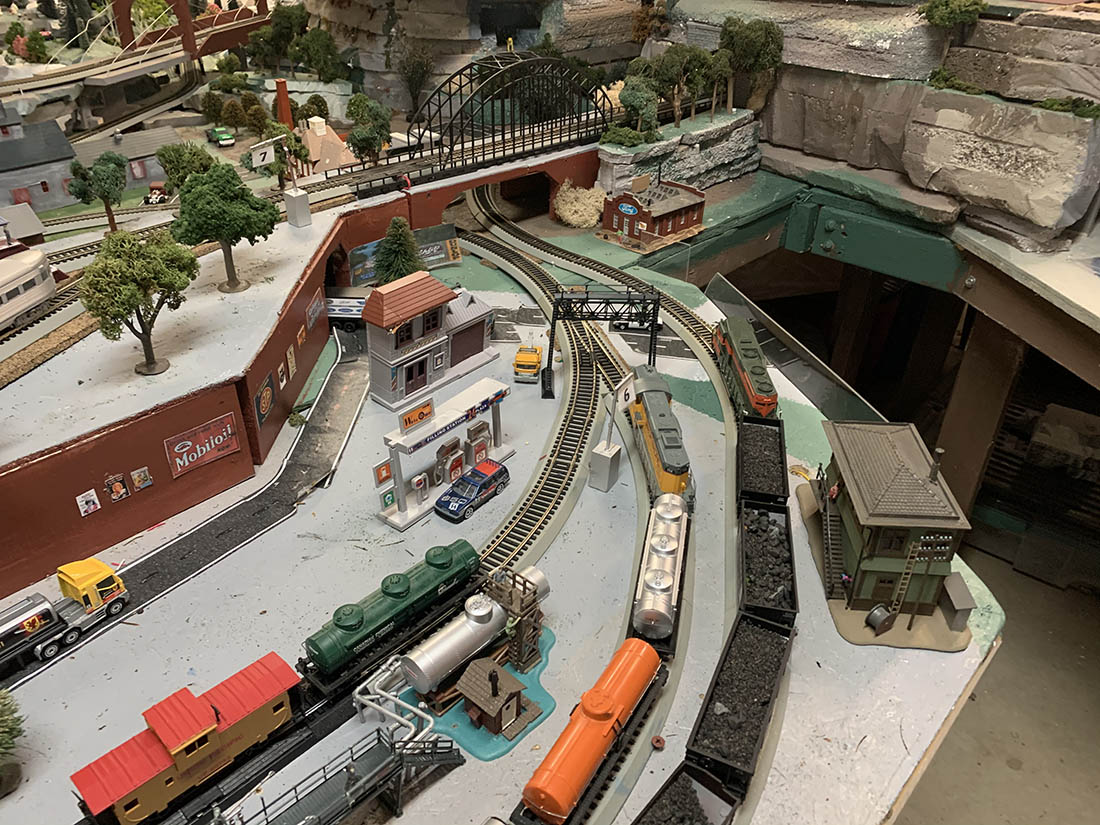 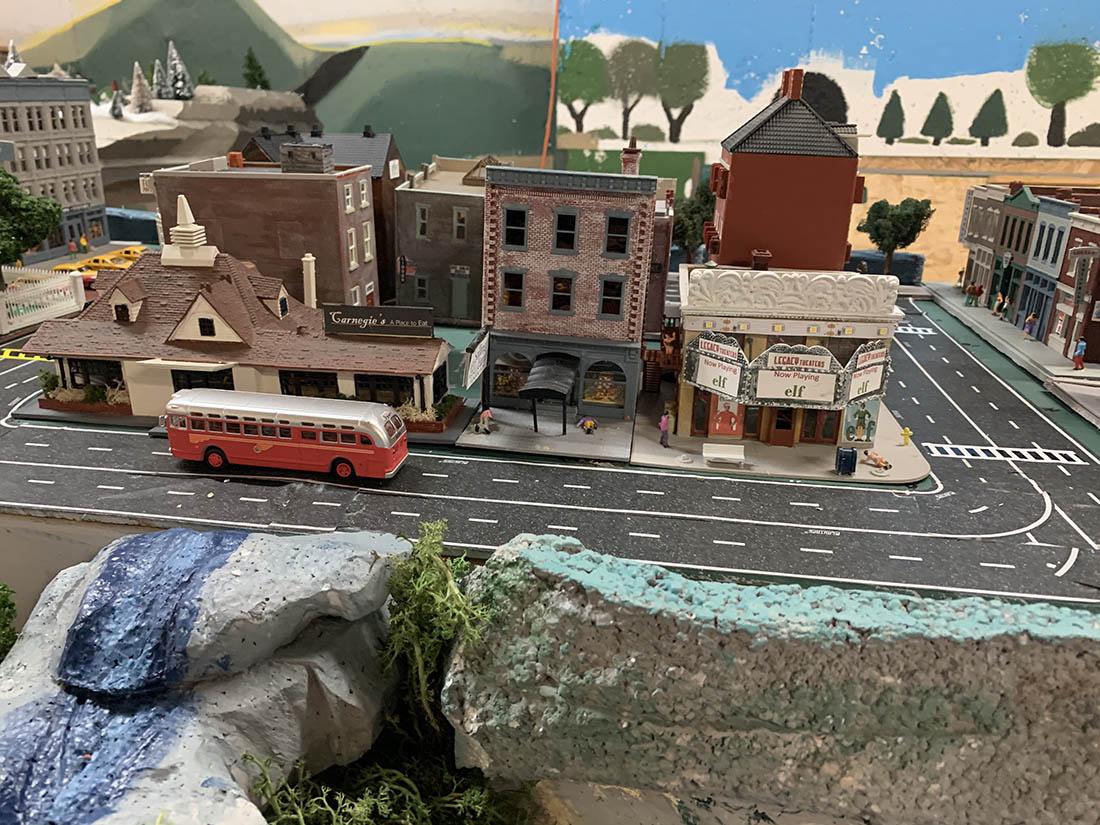 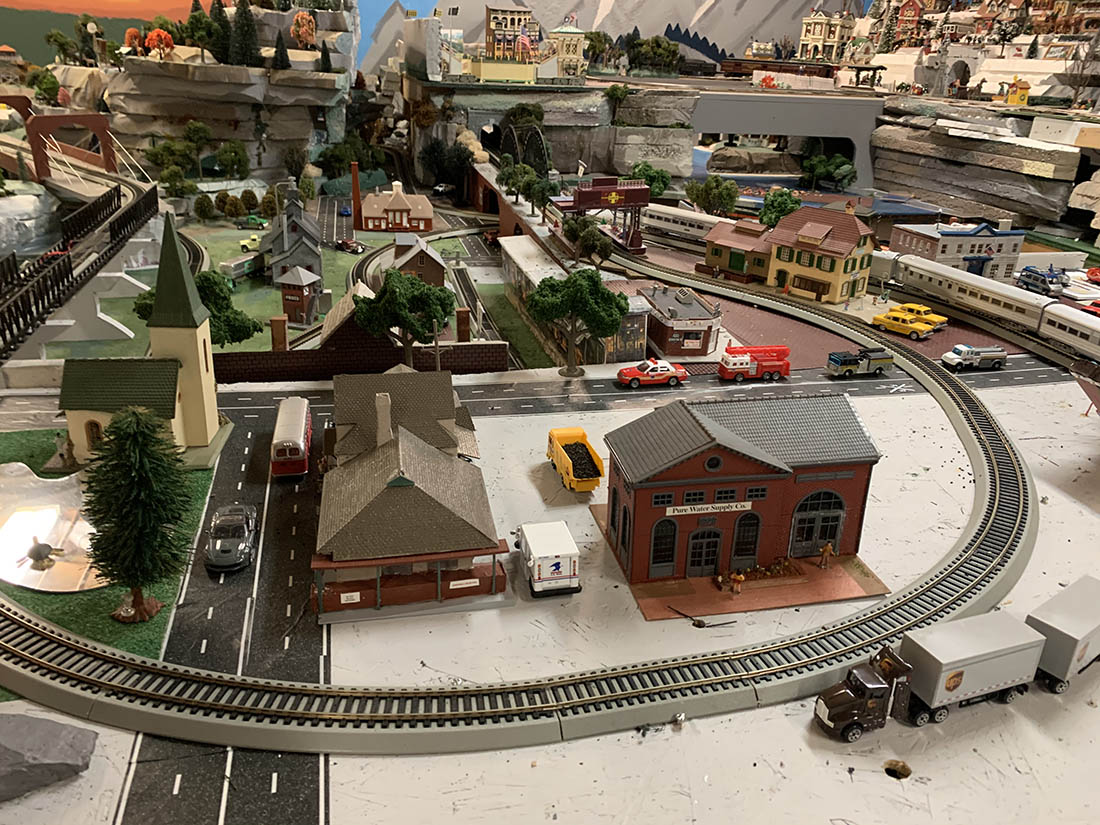 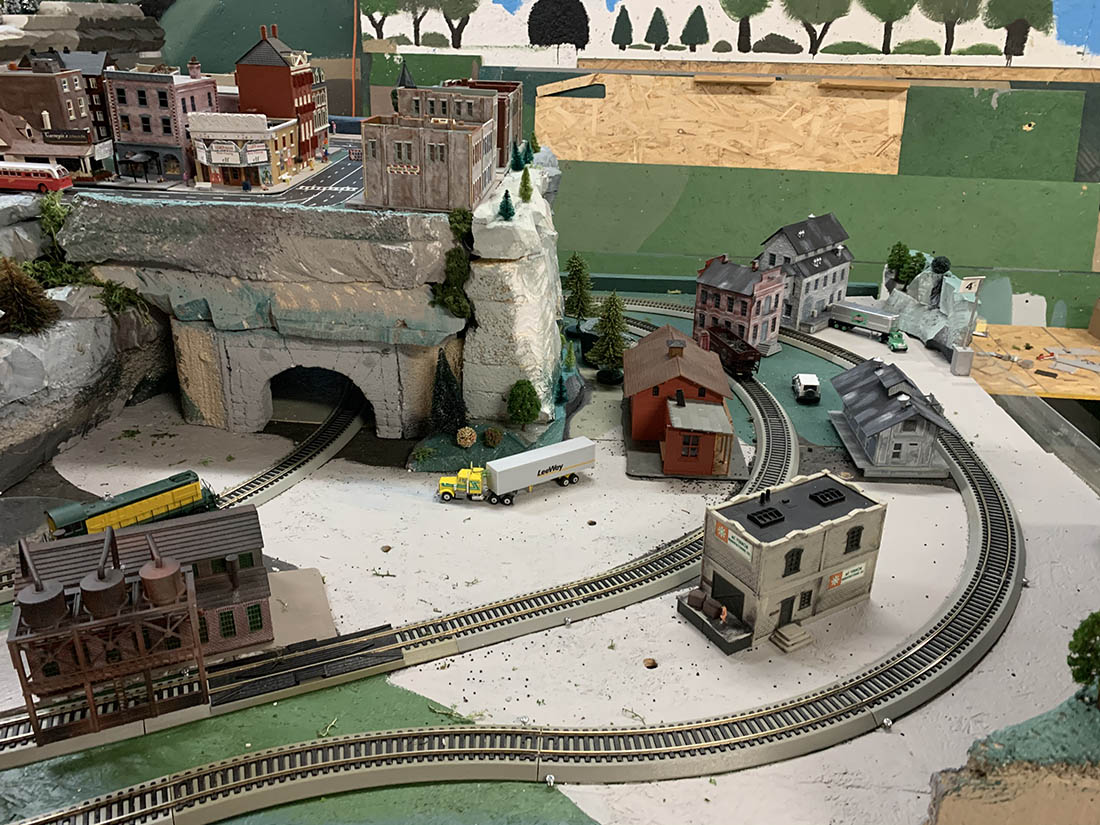 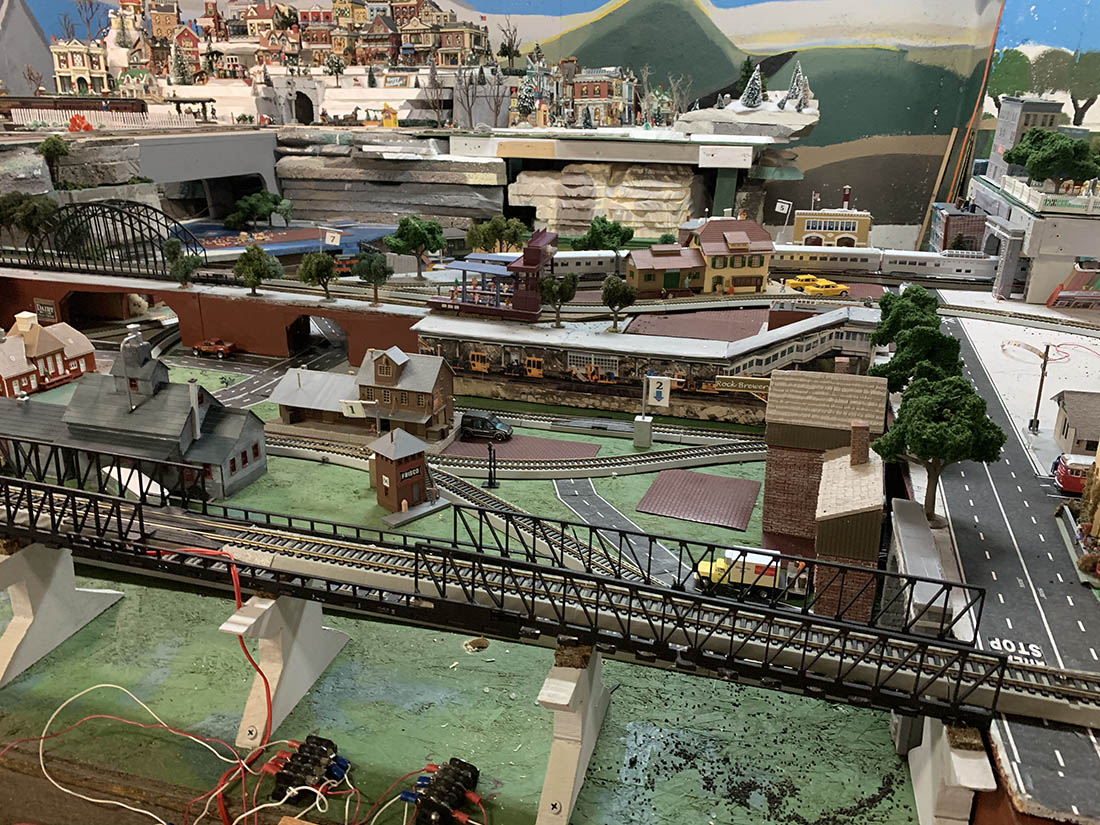 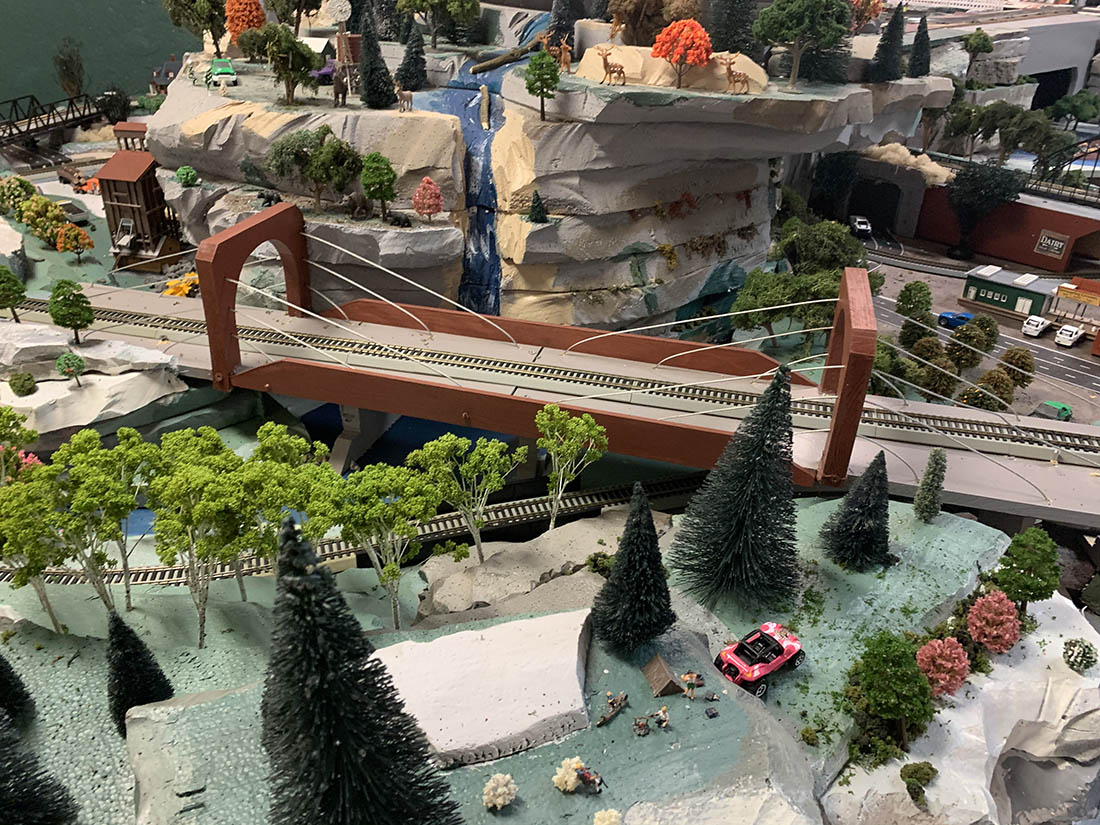 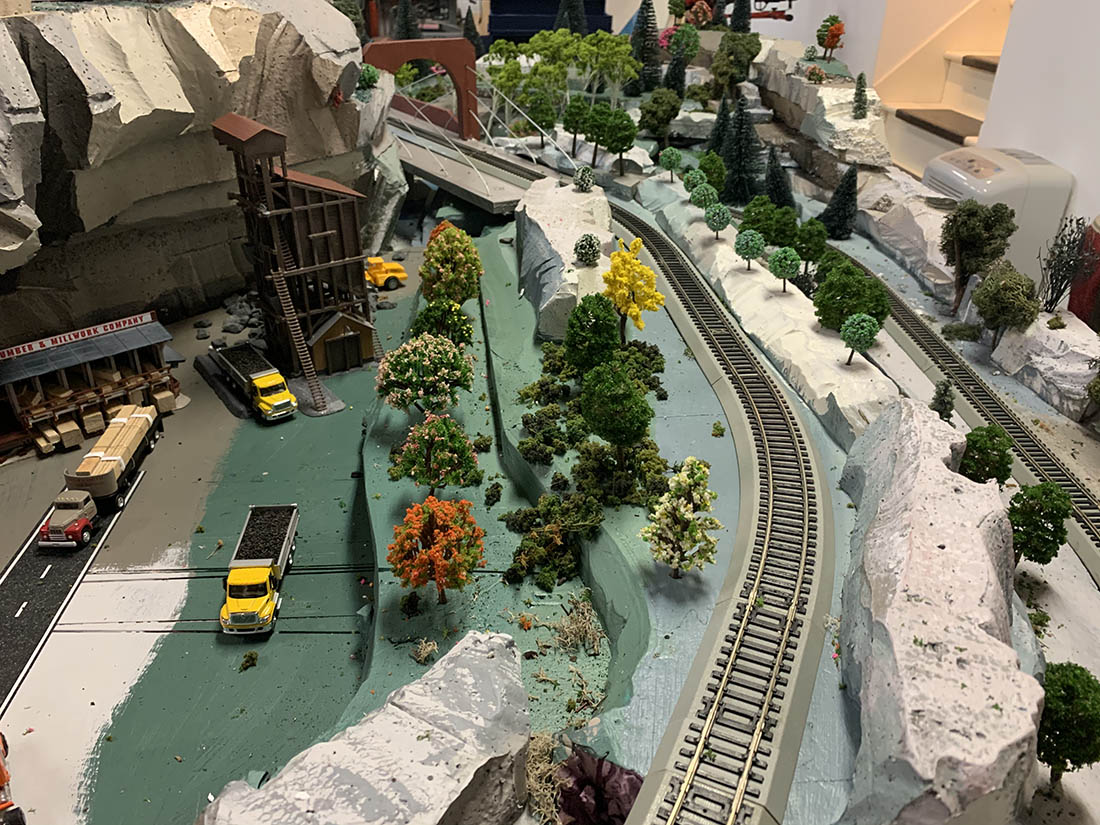 “Hello Al from across the pond,

I had a bit of a problem with running some old locos I had from the 1990’s. They would stall when crossing insulated frogs on the newer switches (points).

I realized that the frog was longer than the span of the two wheel pick up at each truck.

The trucks are three axles each for a six axle locomotive. Only four axles drive with a dummy axle on each truck.

I disassembled the trucks and studied them and tried several ways to make each truck three wheel pick up in stead of two wheel pick up.

The following pictures are what I came up with to solve the problem.

The first picture shows the truck. 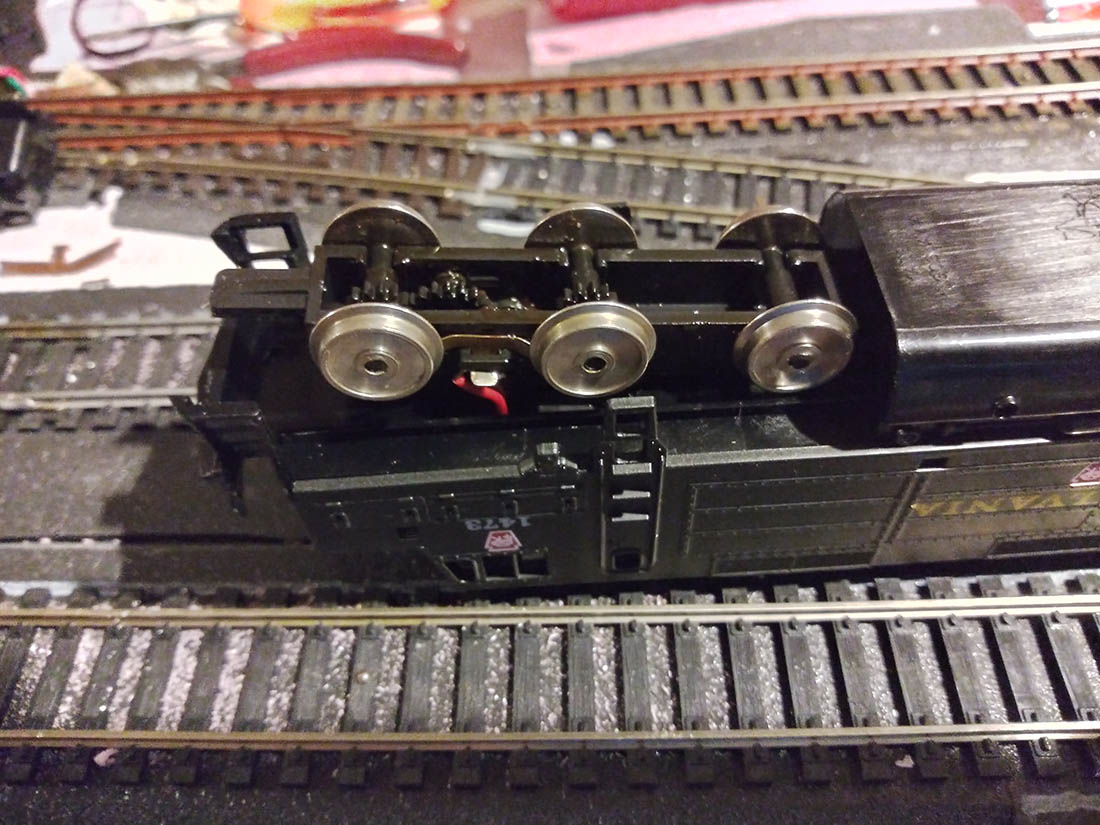 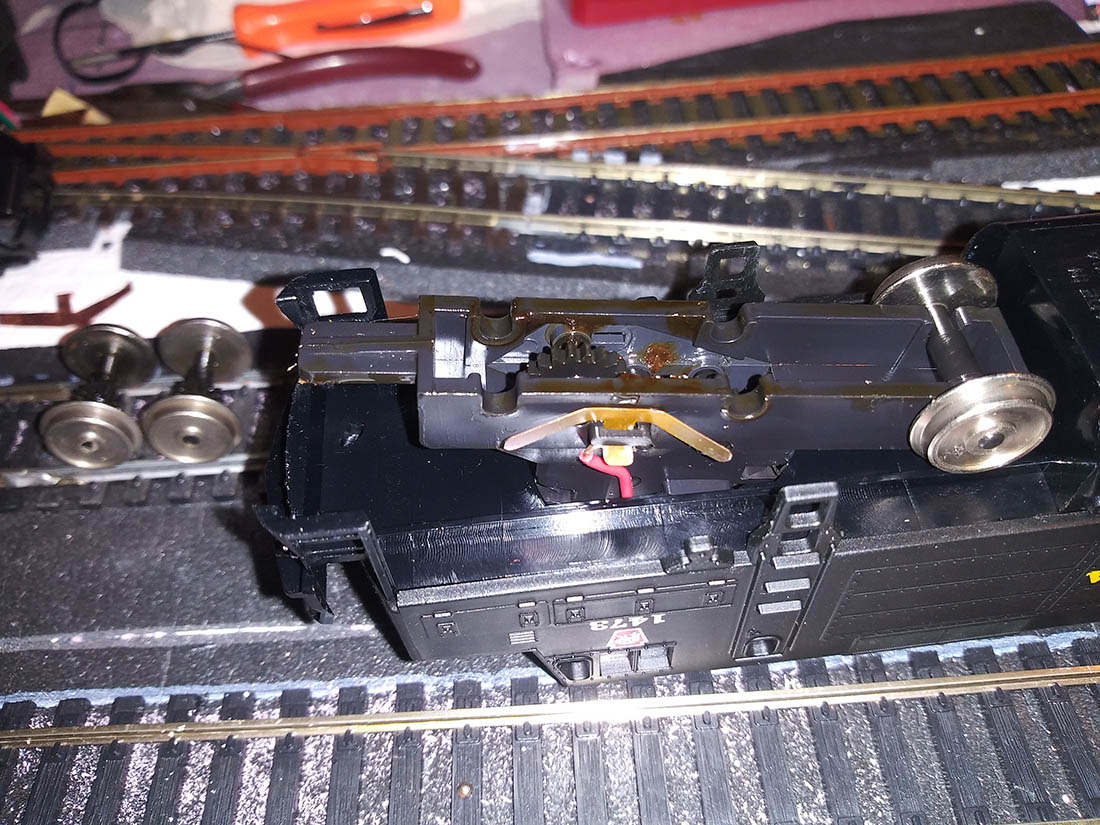 the third picture shows that I used 28 gauge copper to make a new contact. 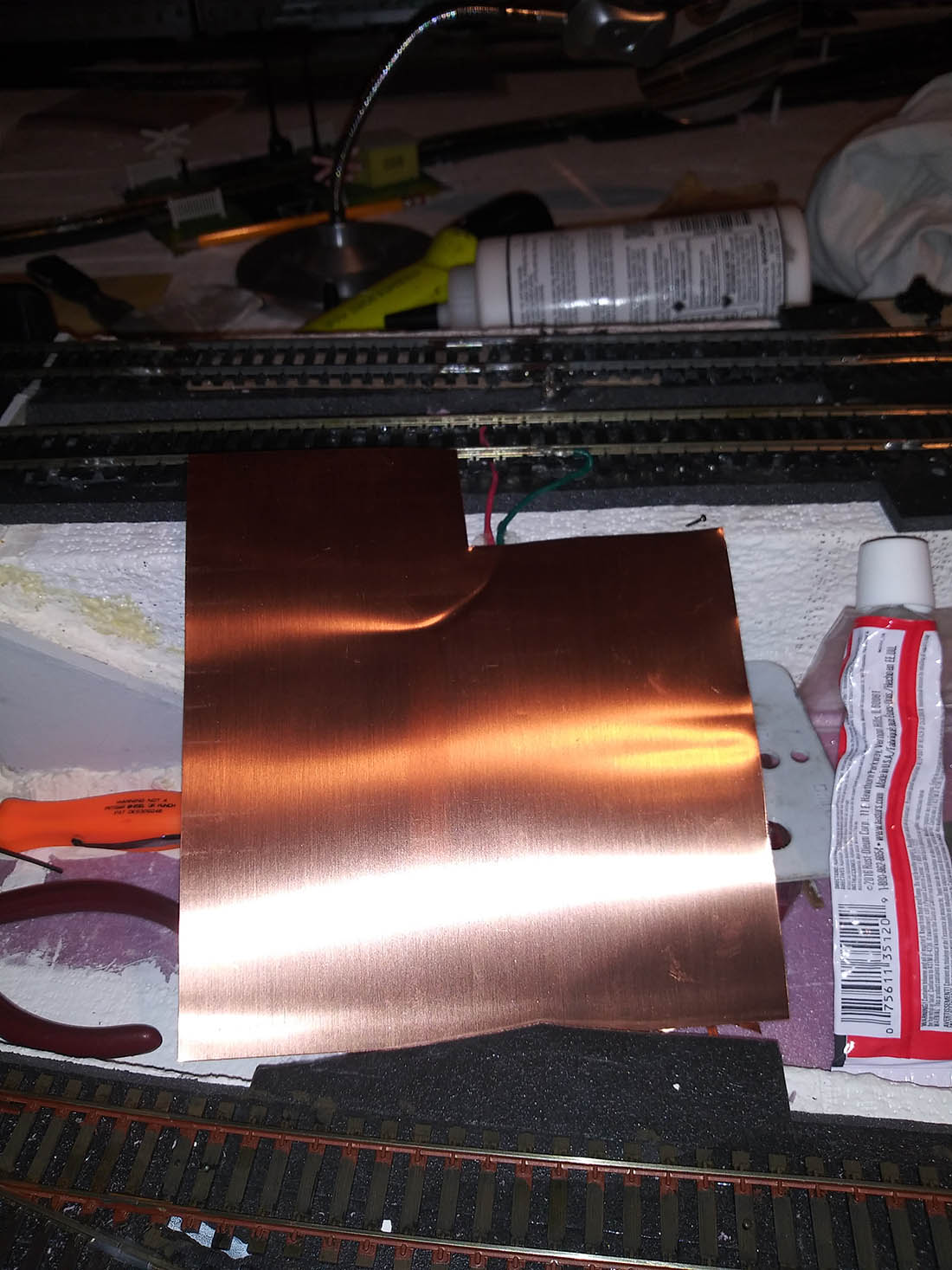 The next pictures shows how I fabricated new contacts to include the third axle as a pick up wheel. 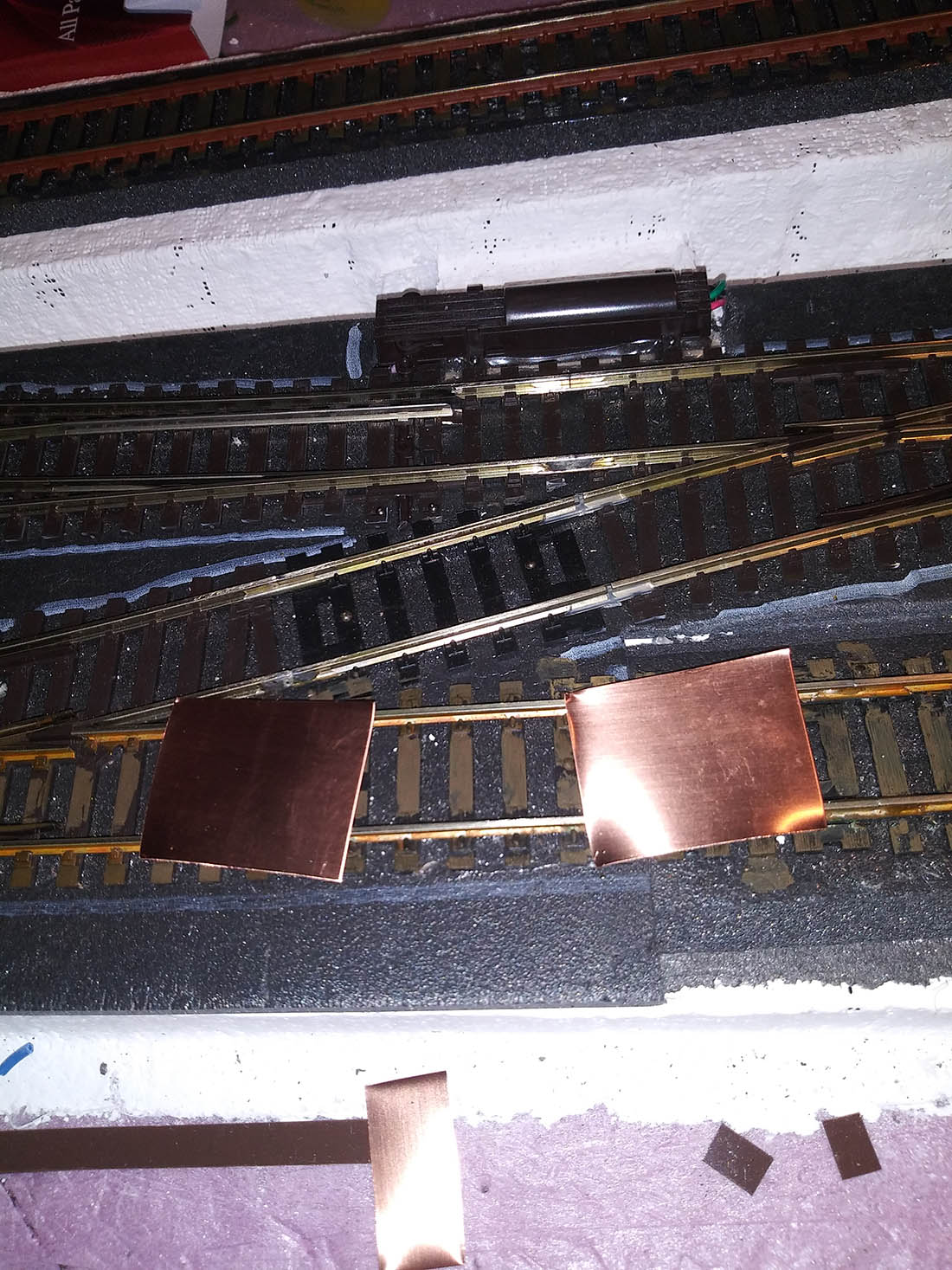 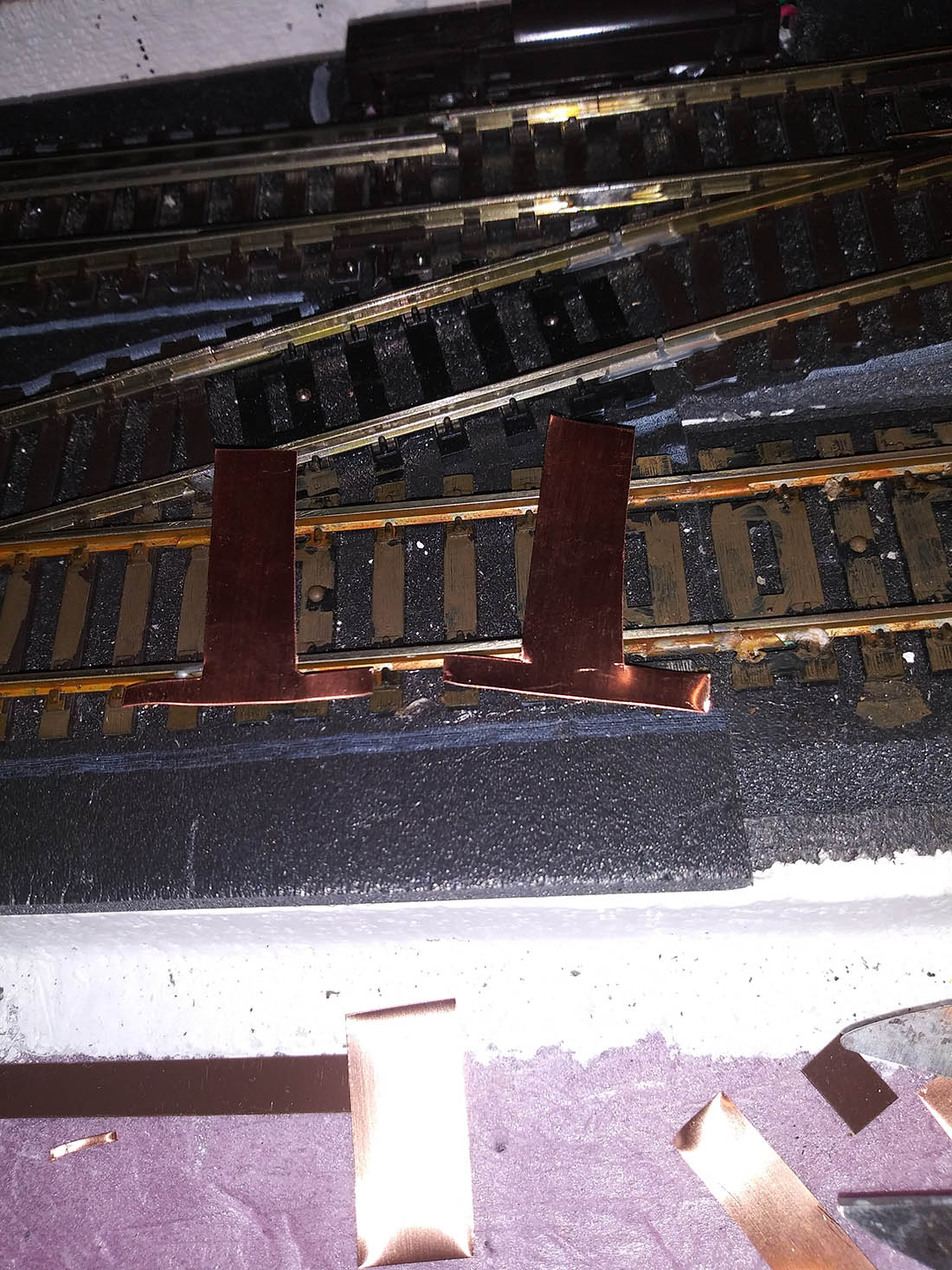 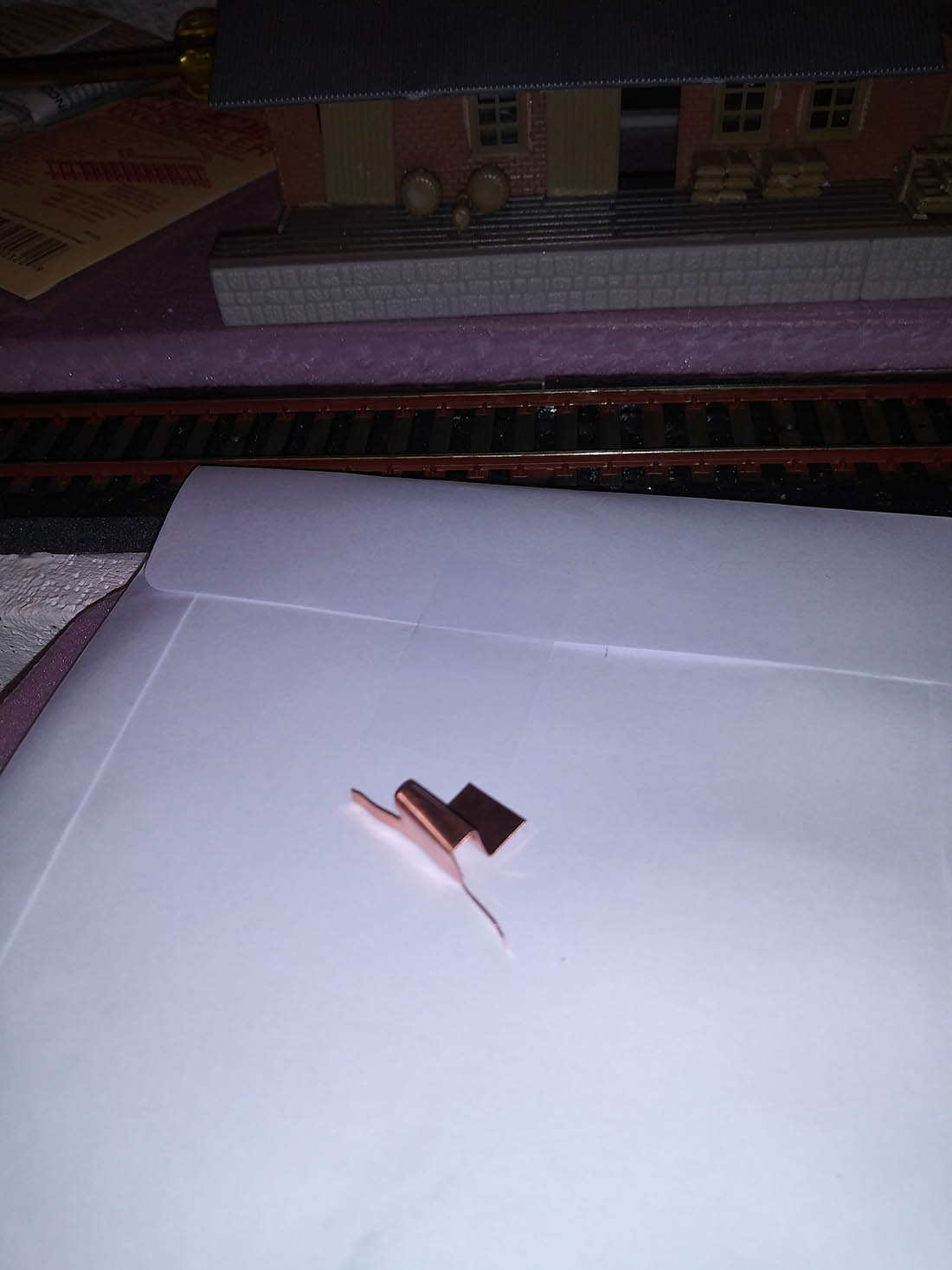 The final three pictures show how the contact was installed. 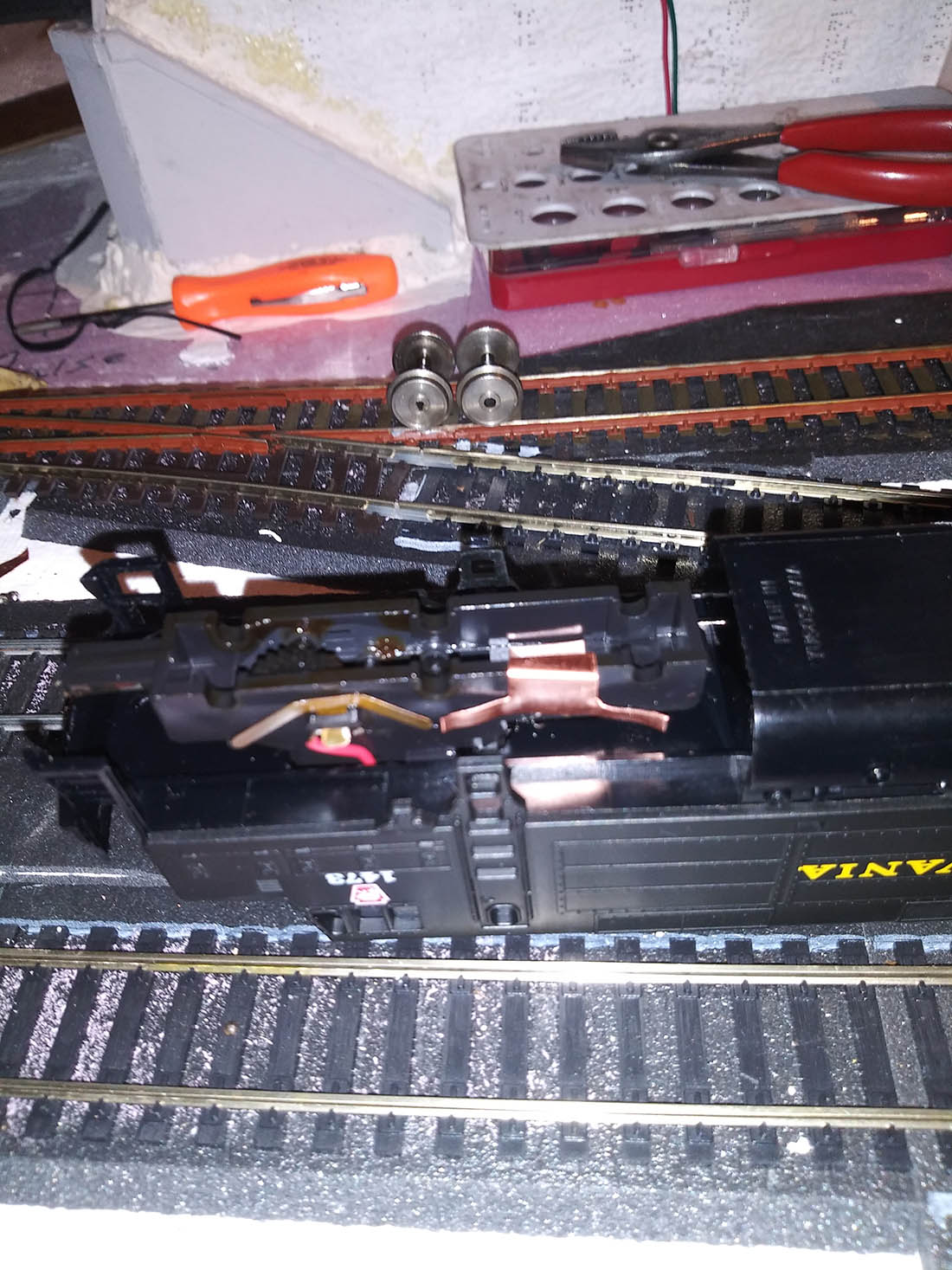 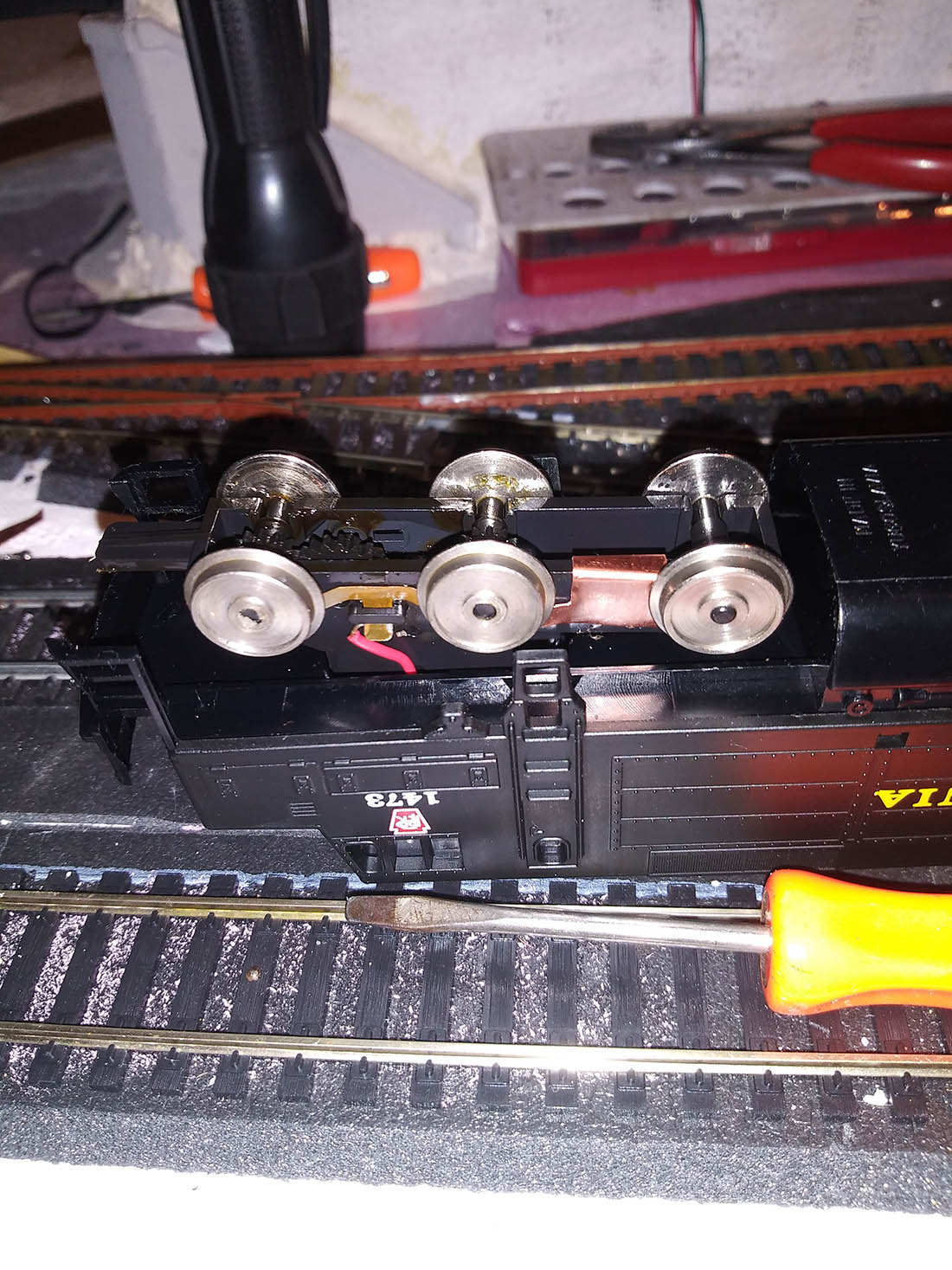 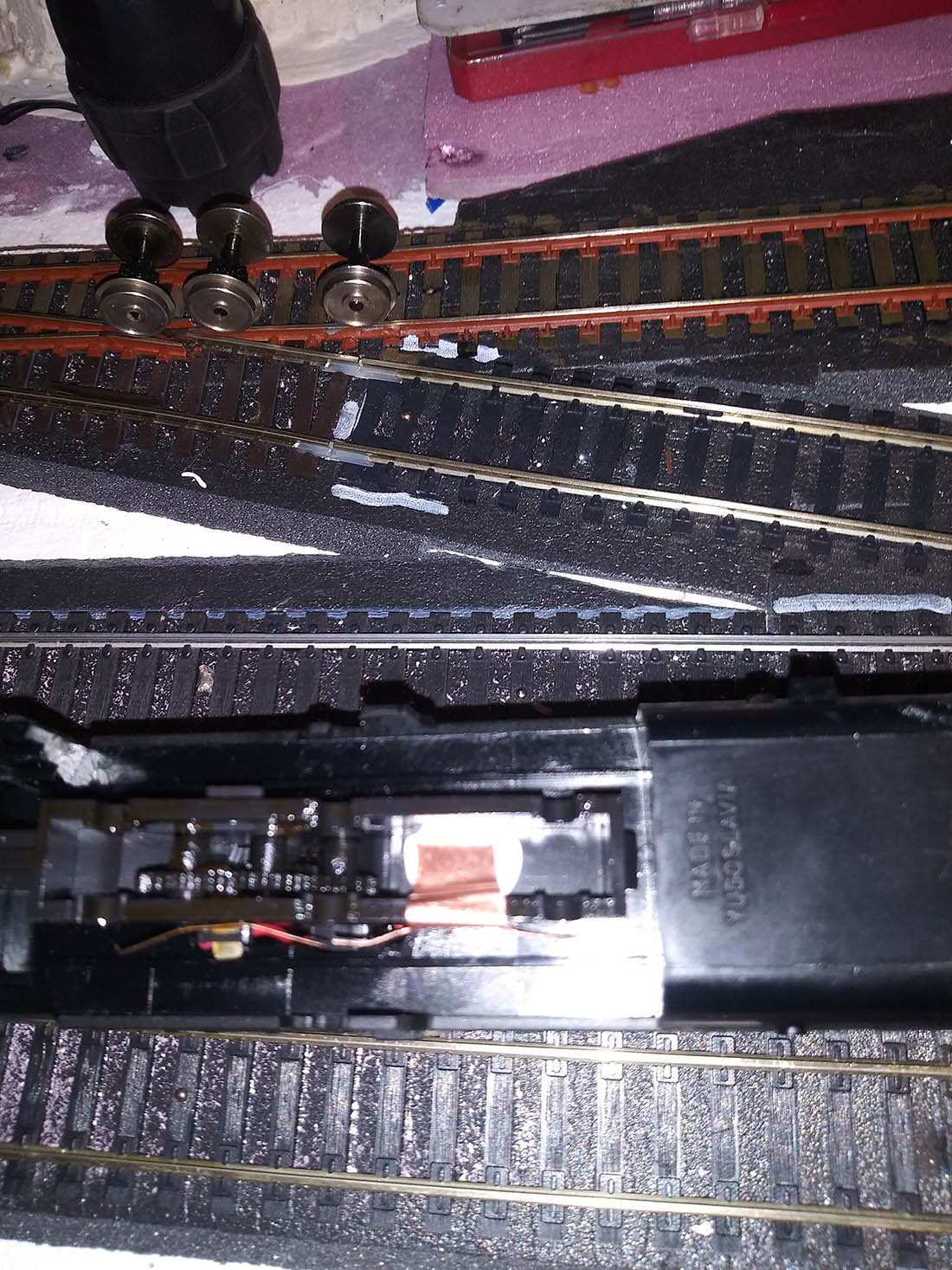 Now the locos have six wheel pick up and run smoother and don’t stall on insulated frogs. I will send some pictures of my lay out at a later time.

A big thanks to Dave and Ken.

I thought Dave’s solution was very clever – I do like seeing how you all solve the issues that this hobby throws up.

And if today is the day you take the leap of faith and start your layout, the Beginner’s Guide is here.