N scale layouts on a door

Got this N scale layout on a door which I rather liked:

I’m 77 and decided to build my first model layout since I was in HS.

Chose N-scale on a hollow core door using Kato track at the recommendation of my local train hobby store.

Started last year and I am nearly finished.

The depot is a model of the Glorieta, NM station using Red River Models of Tyler, TX kit.

The freight train is pulled by a Bachman 4-8-4 which was the last steam engine for Santa Fe.

I love Santa Fe because my Dad worked for them from age 17-65 as a telegrapher and Agent in E. Texas.

The hollow core door is topped with 1″ insulation foam and a second layer is used for the middle section.

The mountains are made from the left over insulation. There is a camping area on the back of the layout behind the mountain and next to the RR bridge that is not very visible in my pictures. Bought most of the building on E-Bay except for the depot kit.

Three of the buildings have the names of my grandsons on them-Bryce Wheels and Deals (Loves cars), Blake Broadcasting Company (BBC), and Jacob Cauley Texas Music Conservatory (will be a music major in college). May add a backdrop later. Jope you like my N scale 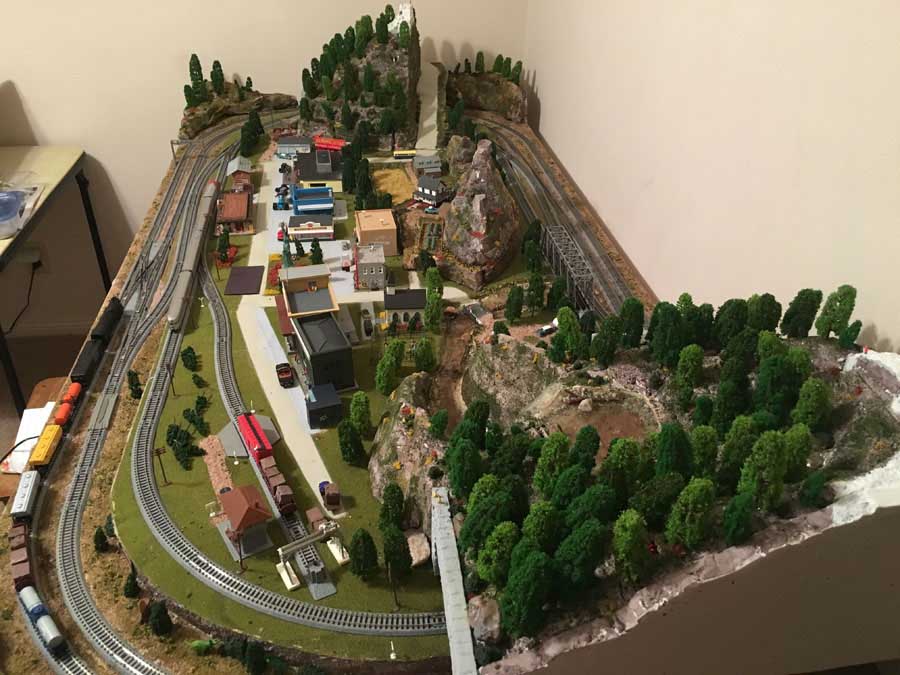 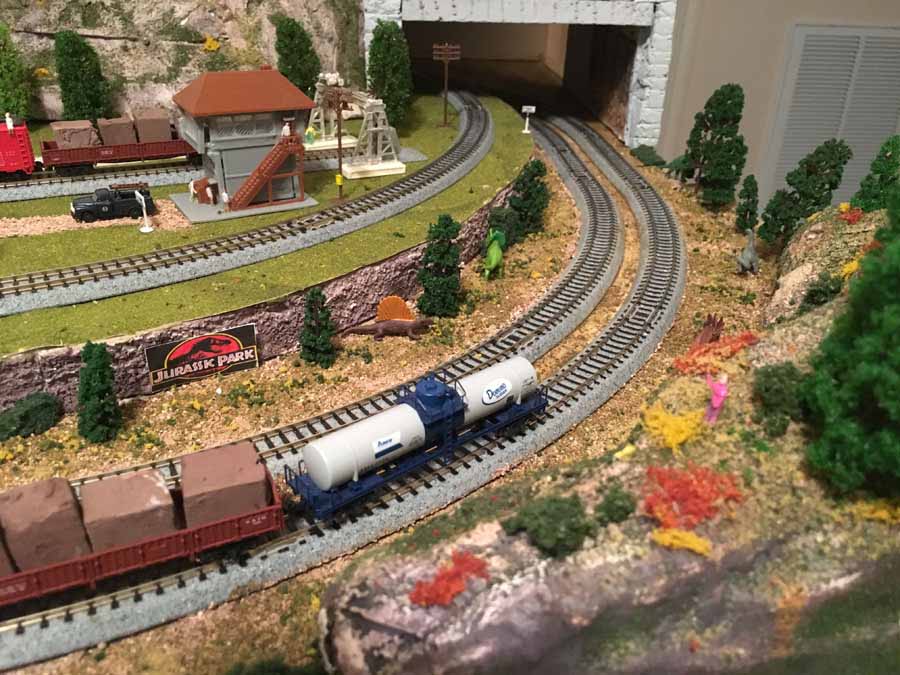 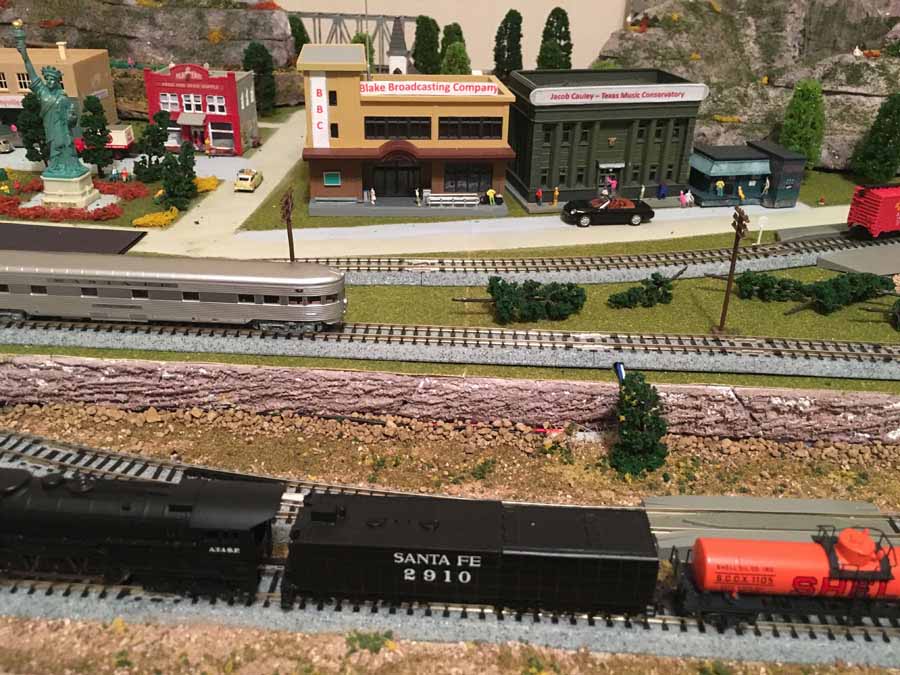 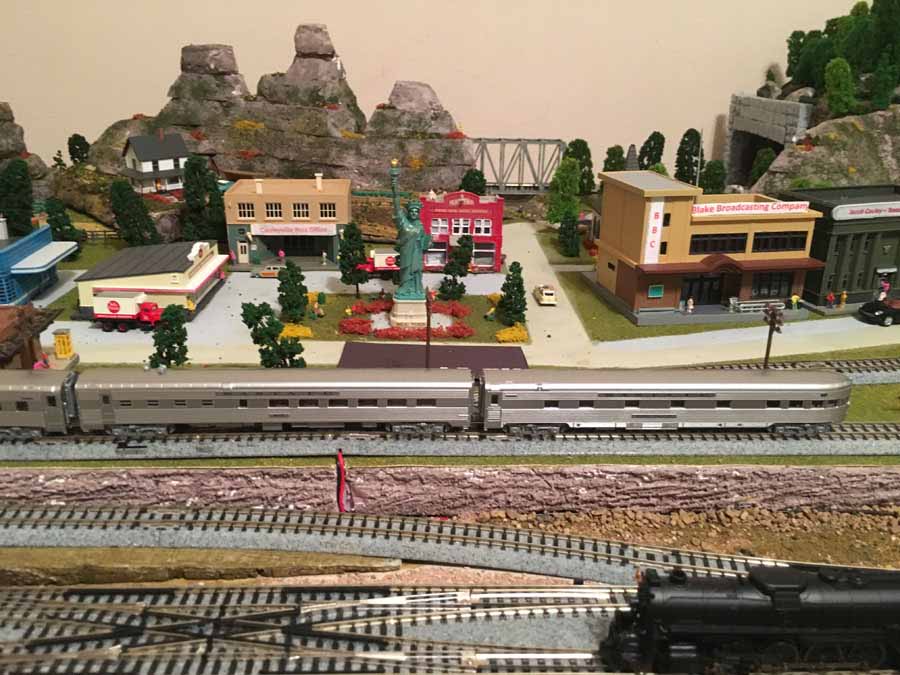 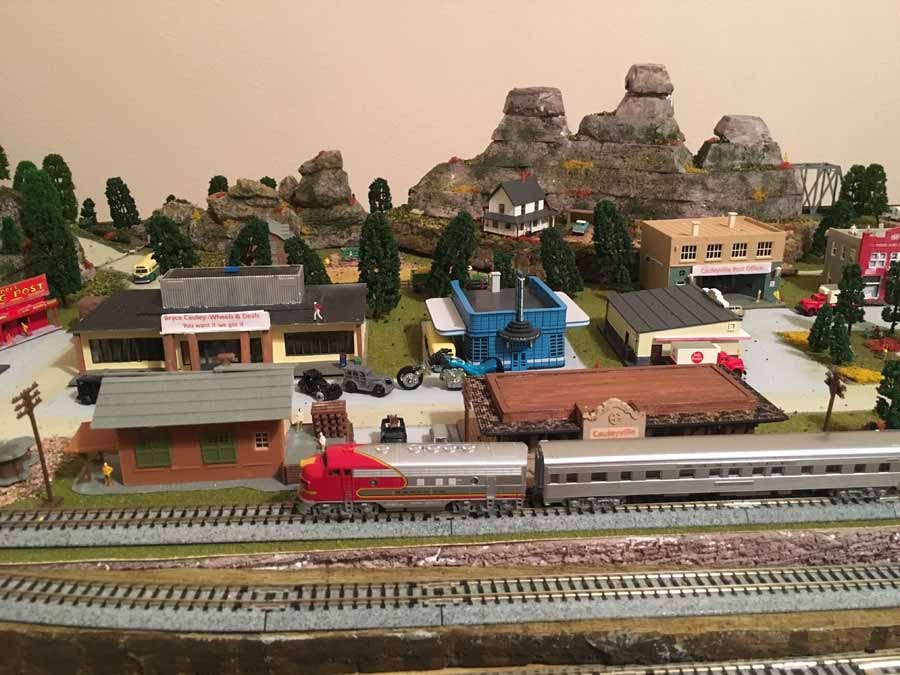 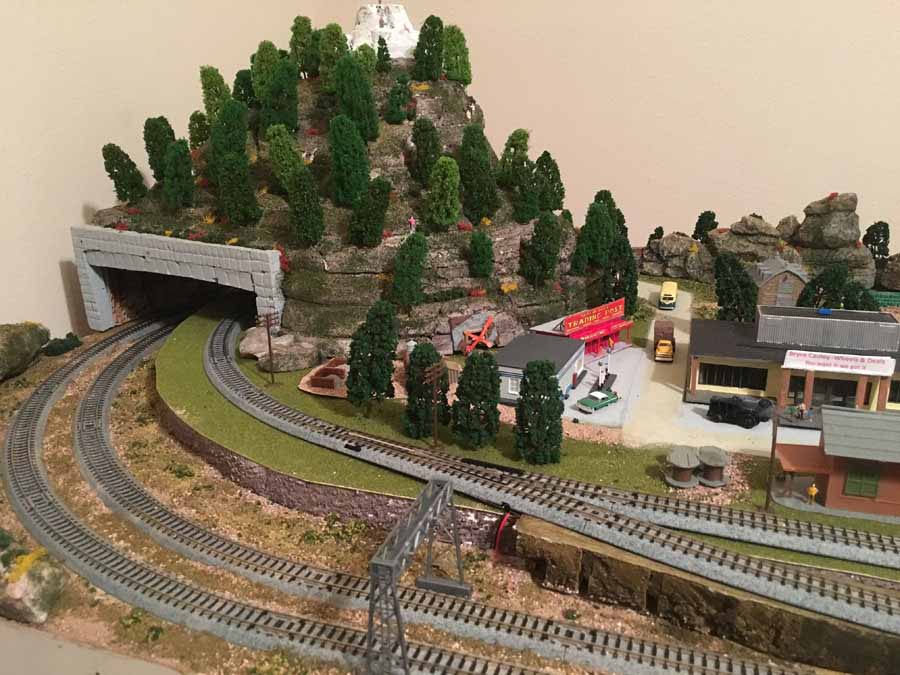 A huge thanks to Dave – I do love reading about your layouts and how folk add their own little twists.

There are hundreds and hundreds of N scale layouts on the site. Here are just some of them.

“The only dedicated space I had available for a layout was a corner of my office/library, so I am now an N scale modeler.

My current layout is approximately 5 ft x 10 ft and built on a movable table for access. 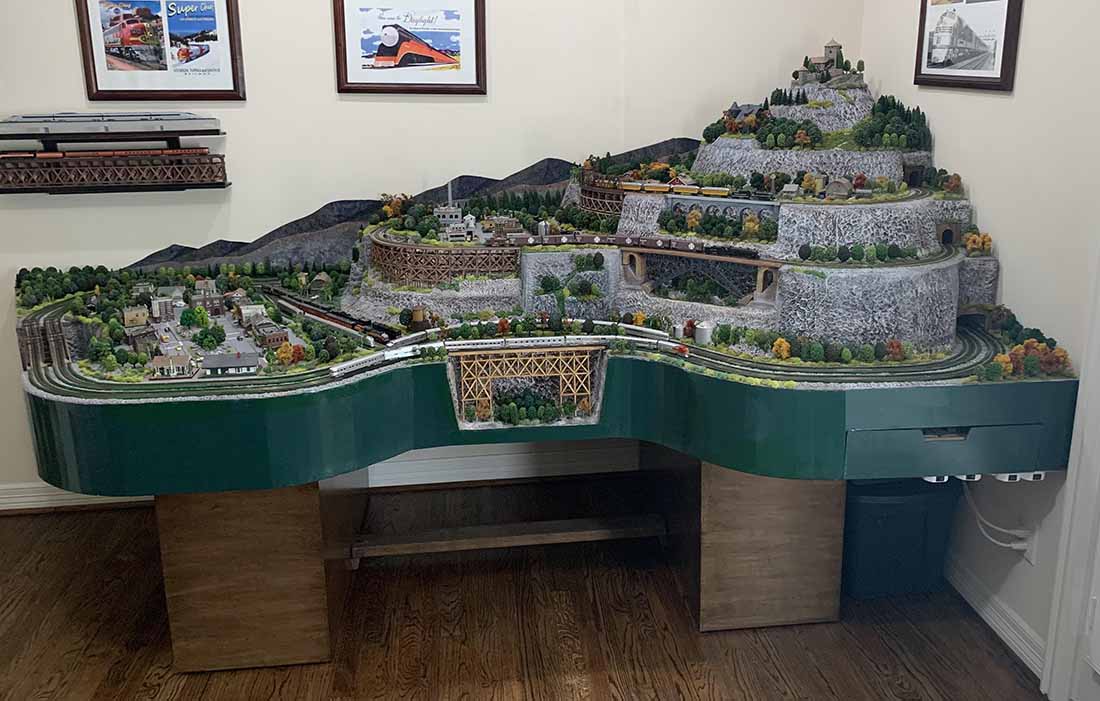 You can see all of Bob’s pics and read his narrative here.

“I have pretty many different types of engines from steam to modern diesel. The majority I’ve painted and numbered to WM engines best possible. Switching from HO to N really puts a strain on the nerves and eyesight. 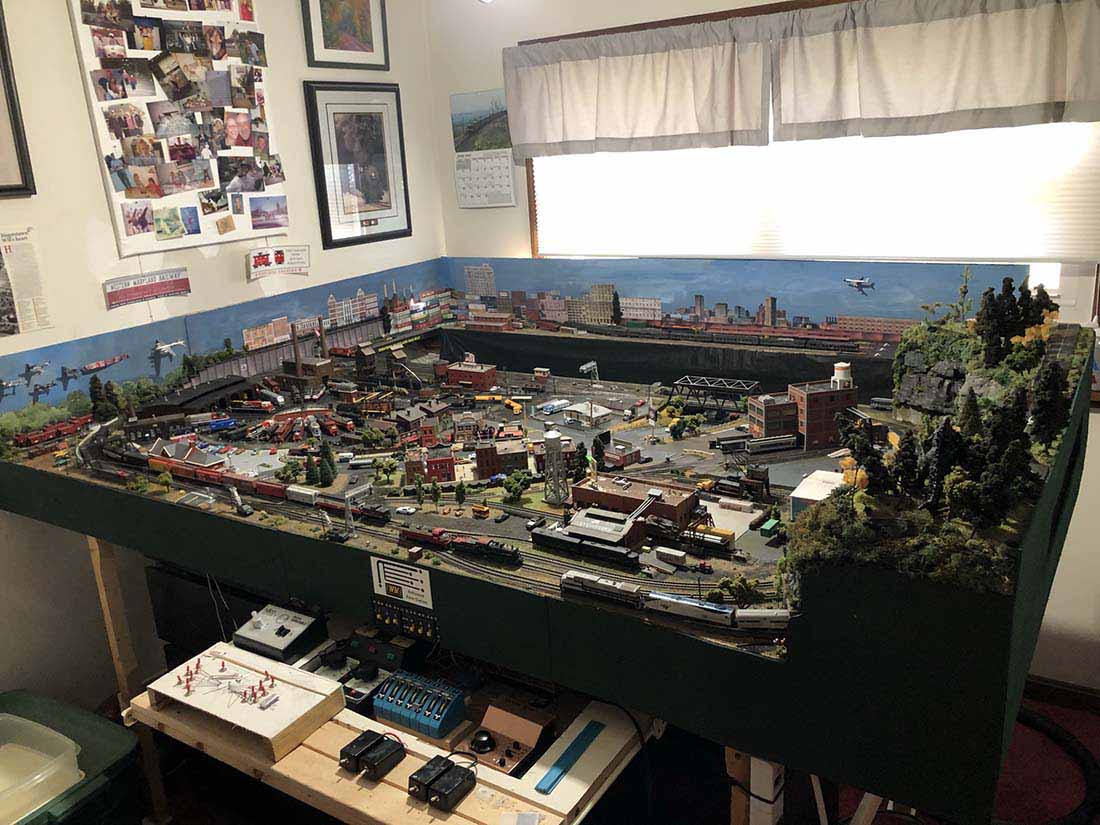 You can see all of Jeff’s pics and read his narrative here. 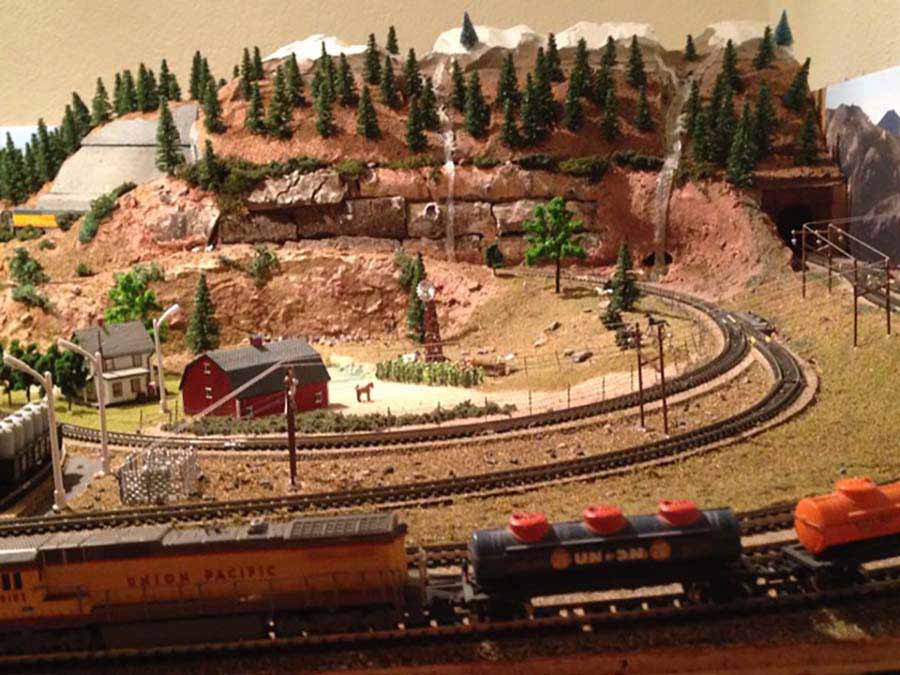 You can see all of Bill’s N scale pics here. 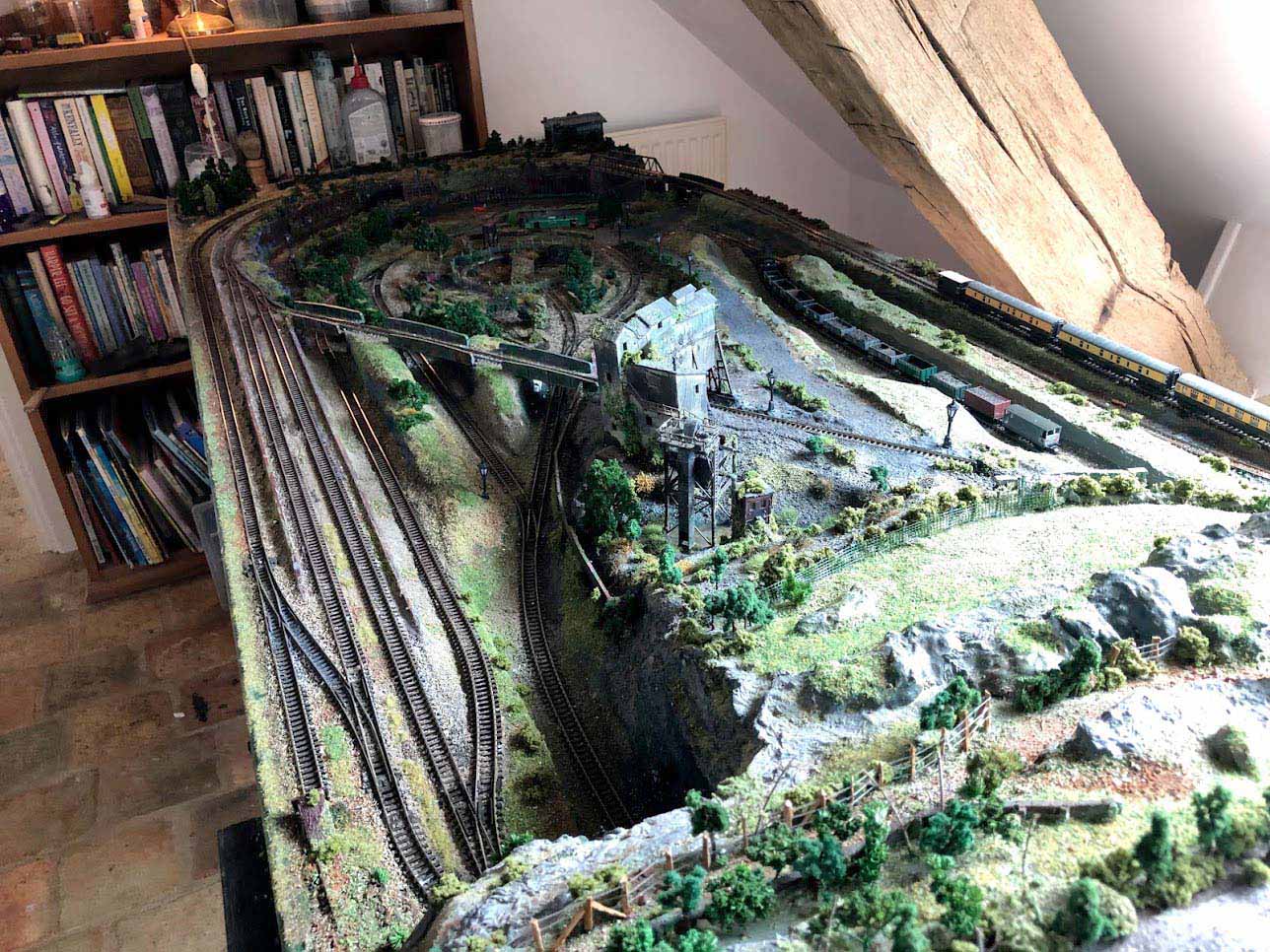 You can see all of Nich’s pics and read his narrative here.

“So, into the 21st century and a growing collection of N Gauge engines and wagons, collected in a hope of building a more mobile layout for me. 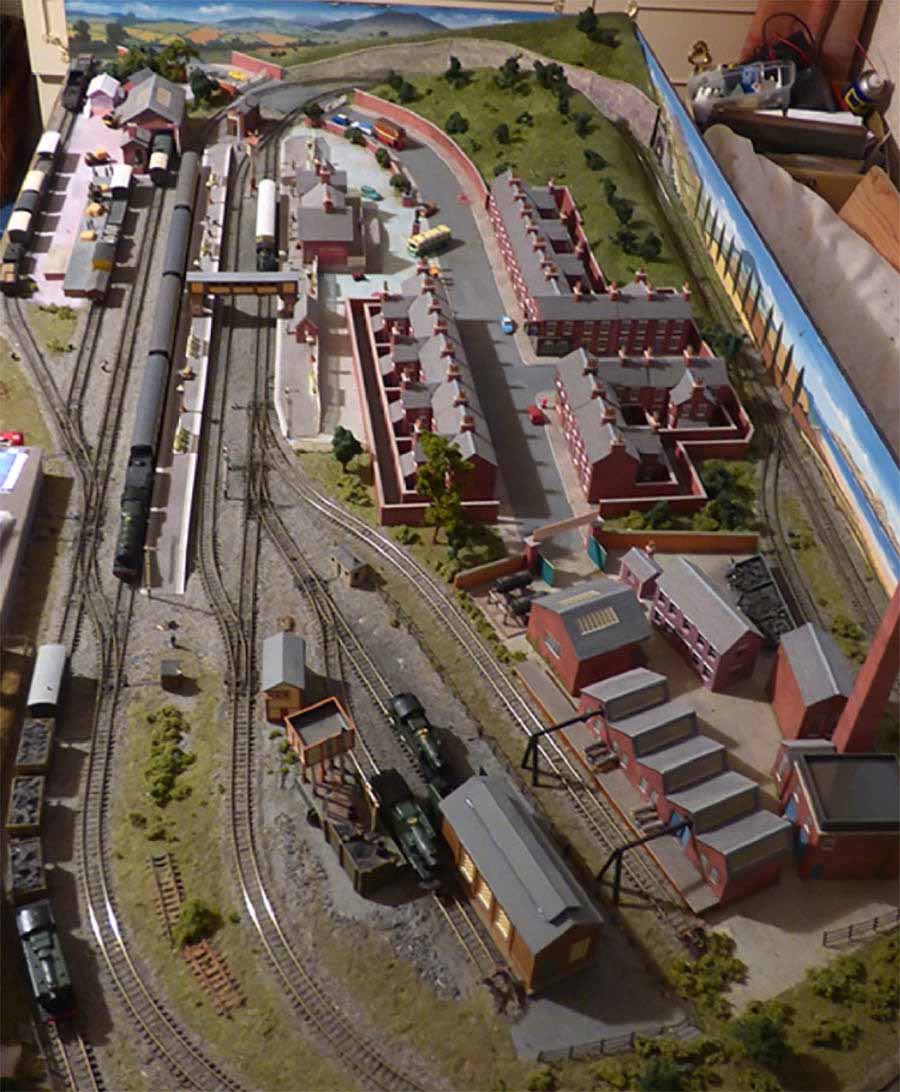 You can see Graham’s pics and narrative here. 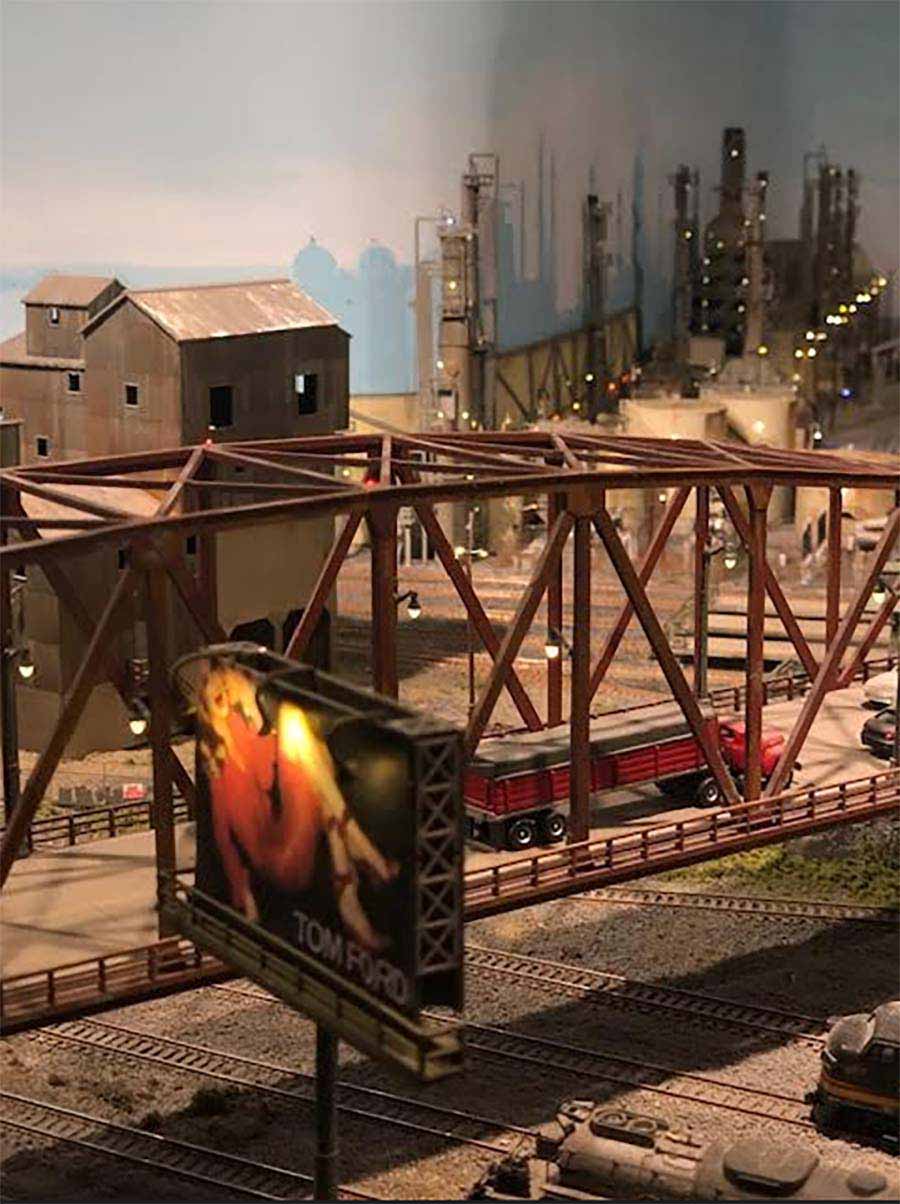 You can see more of Fred’s stunning N scale here.

“My layout (N Scale) is about 24 feet by three feet, with a “dogbone” right angle section at one end for track return under a mountain.

At the other end there is about eight to ten feet jutting inward (away from the viewing front, which forms a harbor, that accomodates a chemical tanker piered for loading at a refinery. 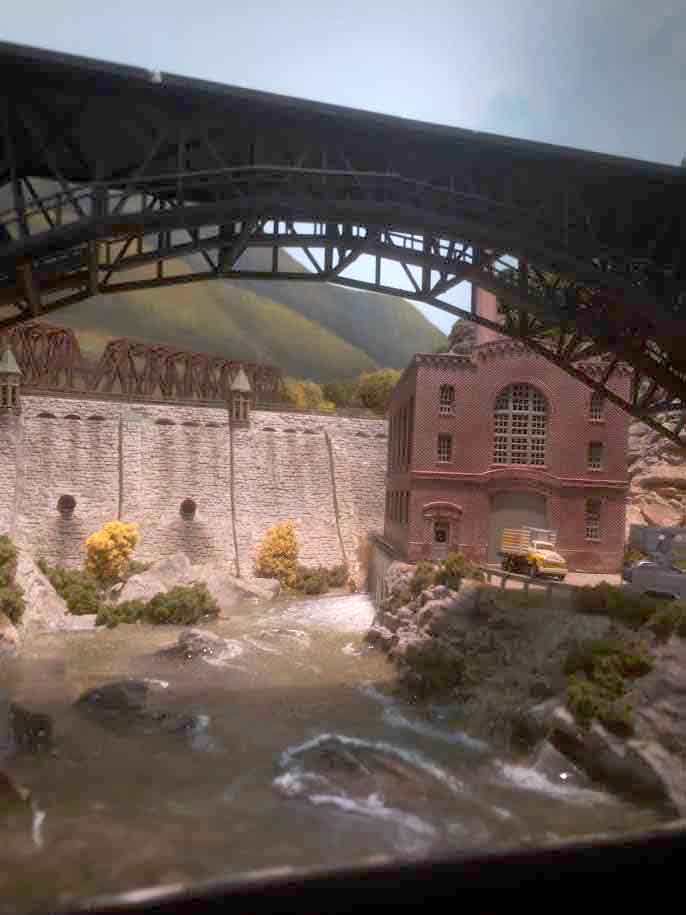 You can see all of Fred’s stunning layout here.

It is point to loop, thus trains go somewhere and come back. When they get to the eastern terminal they must be switched to go the other way. 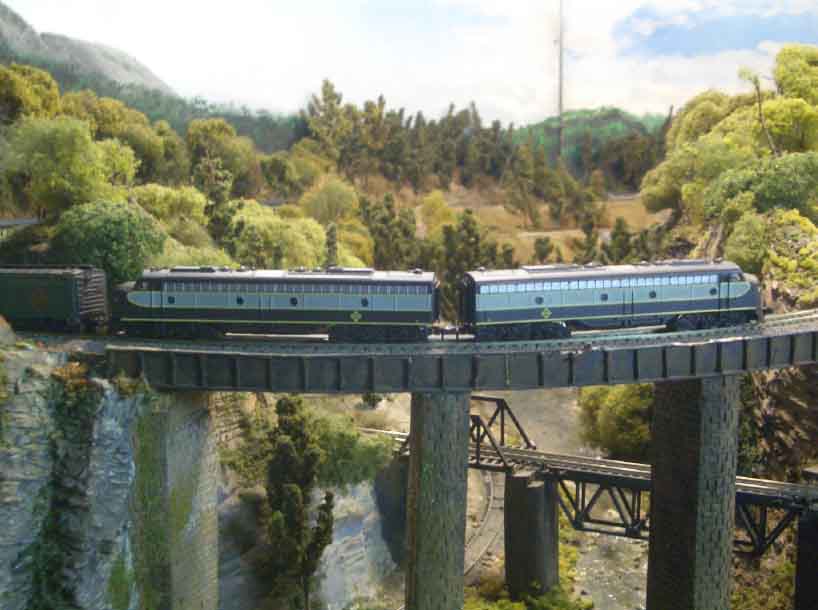 You can see John’s layout here

“Completed the 1970s midwestern town, the hill (and park) above it. Everything was constructed on the workbench, and then moved to the layout (due to my physical limitations). Nothing is glued down, so opportunities for mods later, and if necessary complete dismantlement. 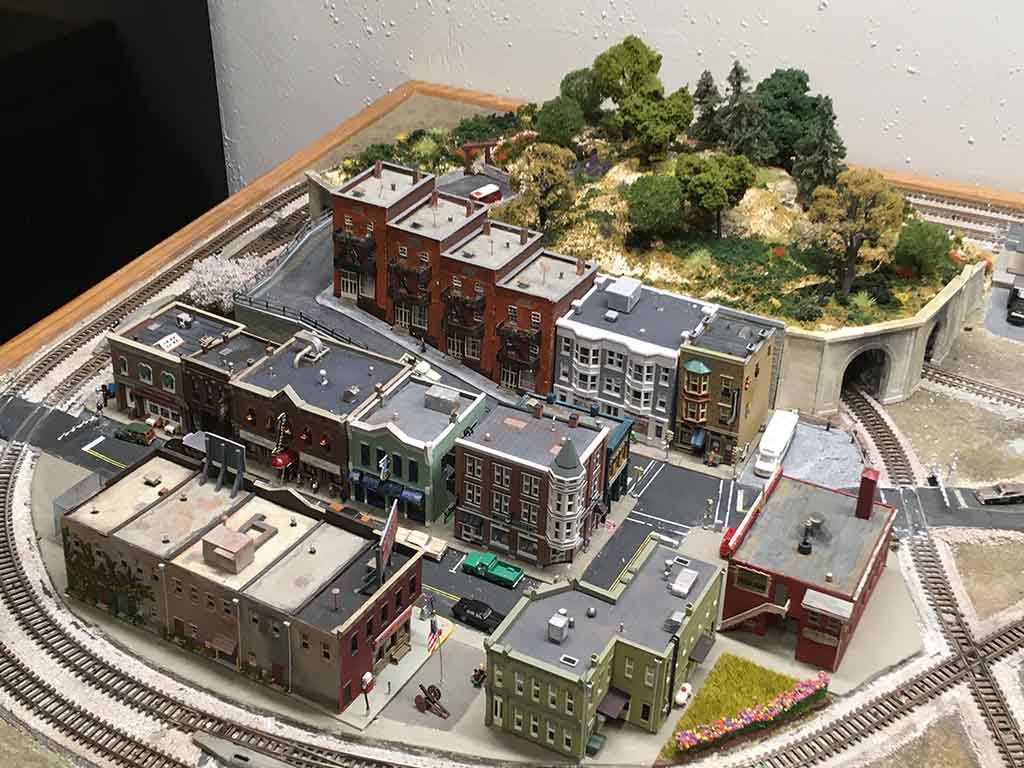 A big thanks to Dave for sharing his N scale on a door – and to all the others.

Don’t forget the Beginner’s Guide if you want to get going on your own layout, just like Dave, Jim and the others.

44 Responses to N scale layouts on a door