Bob’s been in touch with his small N scale layout:

Thanks for all the work you put into this worldwide blog for us model railroaders! There are sure plenty of great tips for us all!

My love of trains started at about 4. My dad bought me an American Flyer and a few accessories.

Trains were our time together for me to learn construction and electrical skills. We set it up around the tree at Christmas, then eventually the layout grew to fill the 5×9 ping-pong table.

For some reason (not enough accessories perhaps?), that was soon replaced by Lionel, and it grew to fill the ping-pong table and a 3×4 piece of wood that was supposed to be a basketball backboard.

I had that train until my teen years, when we started on an HO layout, first a 4×8, then adding a 2×12 leg to form an L, quite the expansive layout (plenty of stuff to work on). Even had a brass loco, don’t recall which model, but it sure pulled plenty of cars!

So then I got married, and when mom and dad moved from Michigan, where I grew up, to California, I was asked if I wanted any of the trains, both Lionel (in boxes) and the HO layout.

Well, I was in an apartment, nowhere to put the stuff, so without thinking longterm, said No. Big mistake of course! So no trains for 4 years. Then wife and I bought a condo, it had a basement. So I asked the ‘older’ men I worked with if they had any train stuff.

Oh boy, I started over with HO again, built my dreamed-of layout Gizmo Gulch by Jack Mamula in the November 15, 1951 issue of HO Model Trains. I reduced the size slightly from his layout, but it was still 6×10, table built in sections so I could take with when we moved.

I avoided Norm’s issues since even the plywood top and landscaping was buiIt with a small space for separating.

I had that layout from 1974 until we moved to our retirement home in 2011(no basement or spare room for that size). So that layout was dismantled, all the buildings and trains given to my son, who has an HO packed away from when he was young.

Meanwhile I had started an N scale in AZ where we winter, a reversed version of Scenic and Relaxed in Atlas Nine N Scale Model RR’s, and had a 31″x 8ft table, top is Homasote, and had plenty of stuff left over.

So I brought the leftovers to MI and also started a 34″x48″ small table(leftover Homasote from AZ) in the garage (my basement!), but still had room for two cars in the garage, a requirement!

That RR is based on a small N scale layout I found on the Web. Well, the builder in our community had dumpsters of good stuff, wood molding, blue foam, etc. that I was collecting, and I had an idea.

Currently, the little table now has a 10 inch wide shelf extension from the front(back?) of the garage, along the wall to the garage door (15ft or so), with a 24×24 piece at the end to allow a down and back loop with a couple of sidings.

Both cars still fit in the garage since I made sure that the shelf and wide end of the table by the garage door is high enough so the car’s sideview mirror goes under the table. IKEA angle brackets support the shelf and end piece. Where there’s a will, there’s space!

Neither layout is any particular period but newer era with diesels, except for the ‘restored’ Doodlebug for scenic tours, but the AZ (Copper Canyon RR) layout is definitely Southwest, since the groundcover is sifted AZ dirt as you can tell by the photos.

The Michigan layout (Central Michigan RR) is mid-state industrial in the 34×48 end, with the run along the wall out to the country station and Ma and Pa camping on the bluff. Wish I had the space for the Durand station, but alas, no room, even scaled down.

Of course I still made changes along the way – upgraded to DCC, good idea, bought new engines which cost less than converting old ones. Didn’t want to tackle that myself. Converted couplers to Kadee, don’t like the outcome, holes too big in the new trucks for the pins or screws, needs a collar to tighten up the sloppy pin. Anyone have a suggestion for that issue?

I’m farther along on both layouts than I ever got on Gizmo Gulch – work and kids kept me from ever having any time to really get anywhere. But…I did just find a copy of the November 15, 1951 HO Model Trains on Ebay and bought it! So you never know…..but there’s plenty of small details on my two RR’s yet to go.

I bought 100 painted people, and need more cars, trucks, crossing gates, streetlights, landscaping to go, so I don’t think there’s another Gizmo Gulch in my future. At 74, I’m blessed with good eyes and steady hands, so the N scale is great – lots in my small space!

I have another question for the model railroaders on this site. I bought that Doodlebug not many years ago. It now runs very poorly, I think I read somewhere that the problem may be a cracked gear that mates with the metal worm drive gear? Bachmann is out of Doodlebug production, and drive trucks are no longer available from them.

Anyone else have this issue and the solution? Or a broken doodlebug without the same problem willing to sell at a parts price?

My couple of suggestions for others is –

– if you don’t like soldering the small wires under the table (such as street lights in N scale) use Wirefy 22-18ga (red) connectors, you have to crimp connector on after threading wires through table top, or

– use conductive glue such as Board Silver conductive adhesive glue. Just wrap wires and coat with the glue.

Many Thanks to you Al for the great blog, and Thanks to all my fellow RR modelers around the World for all the great tips! Hope you like my small N scale layout. 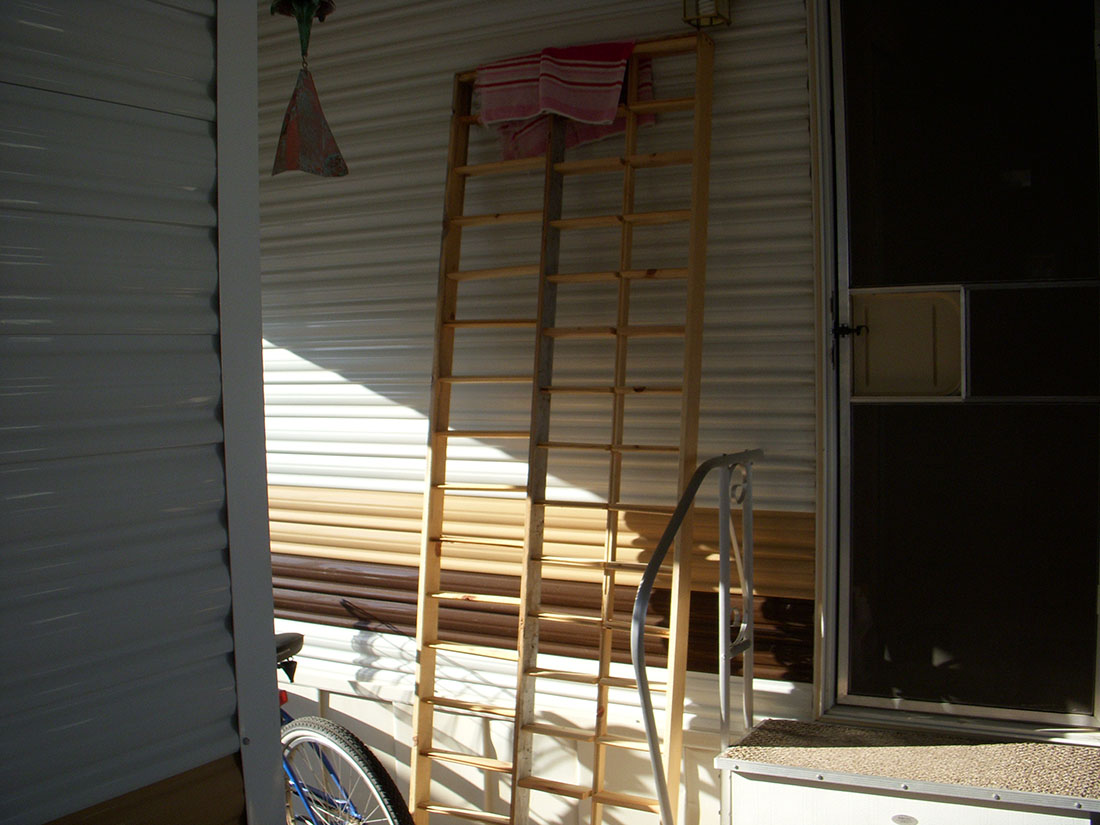 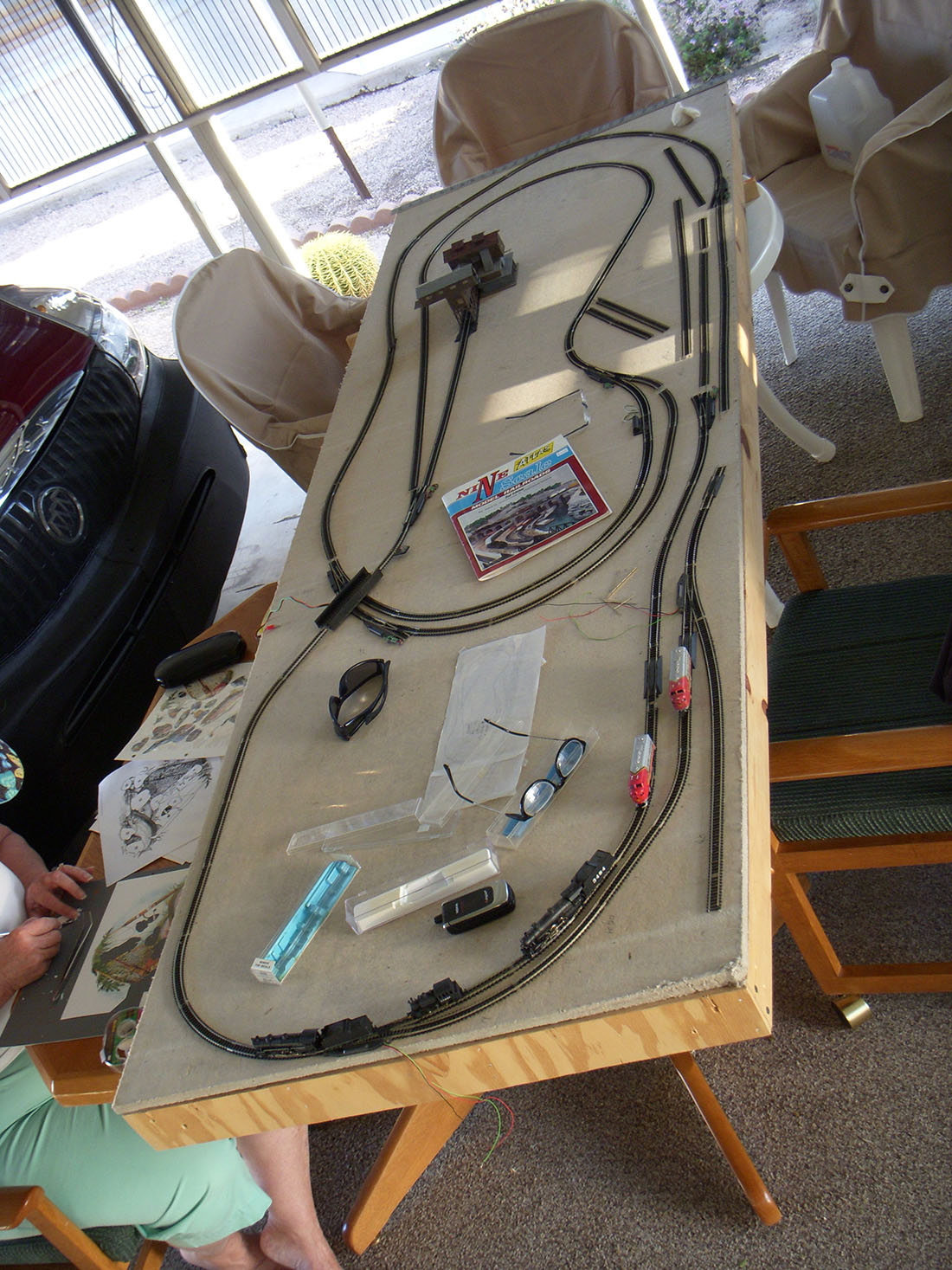 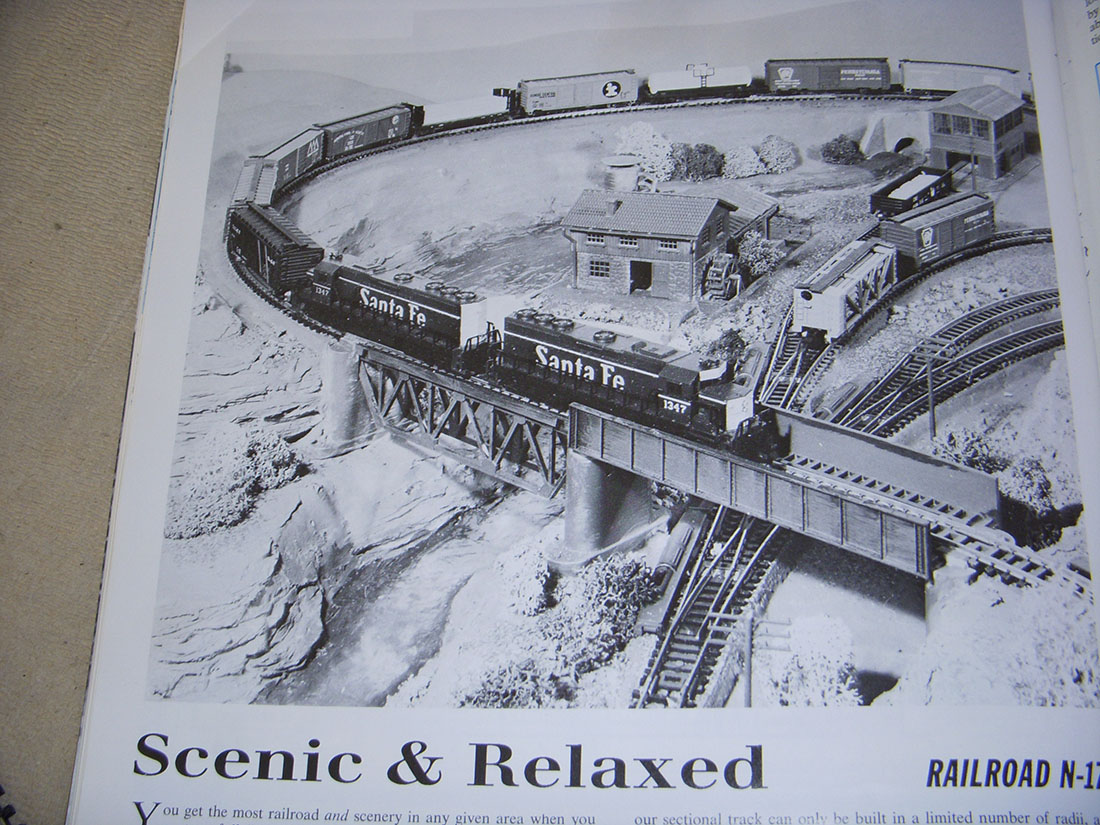 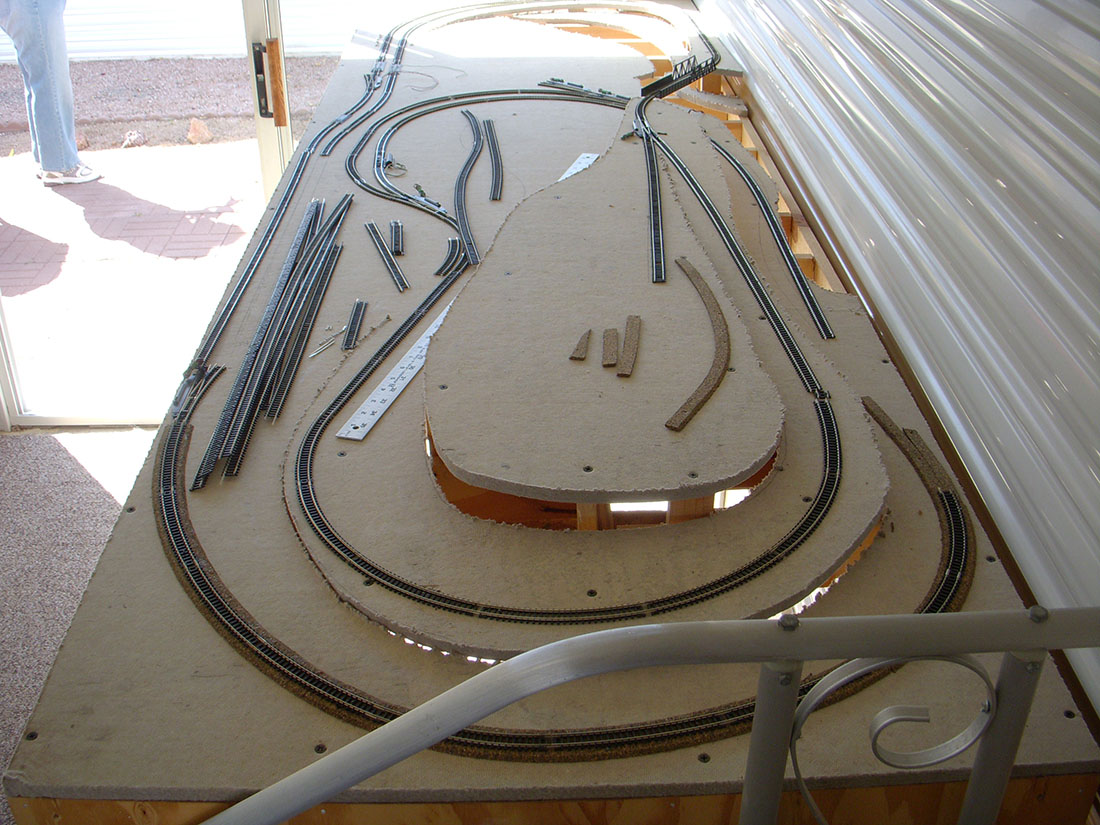 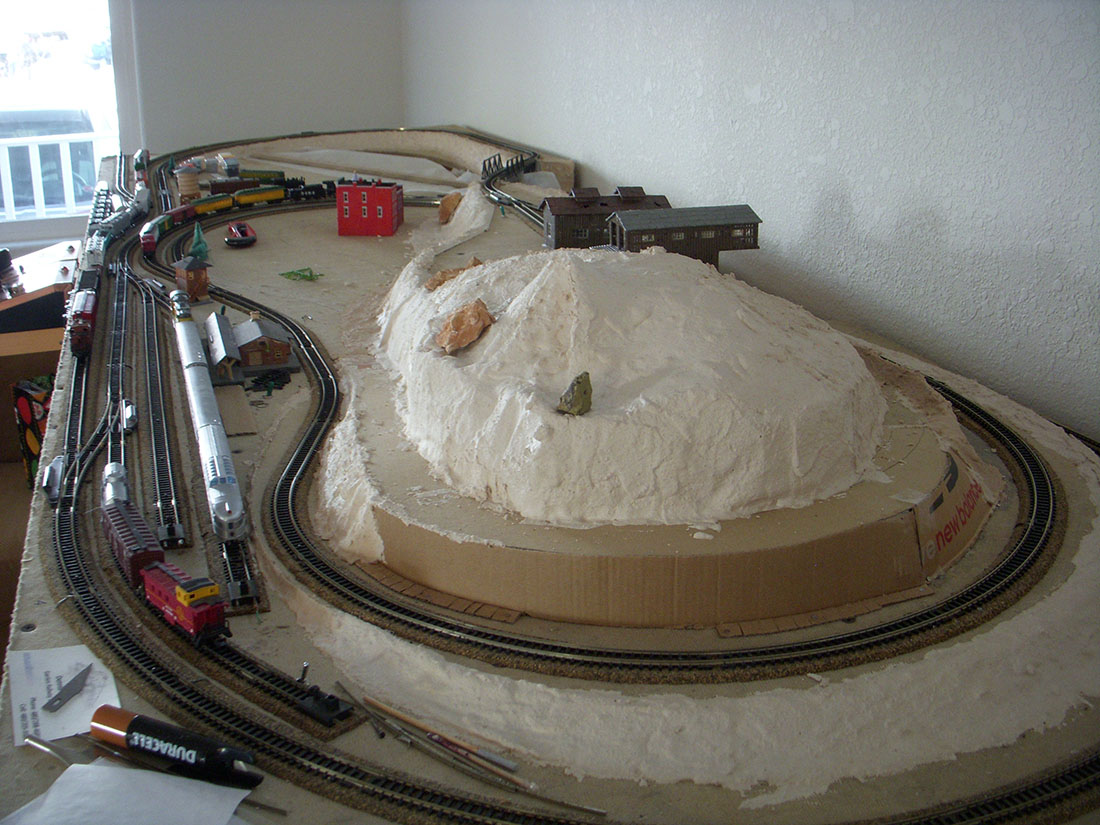 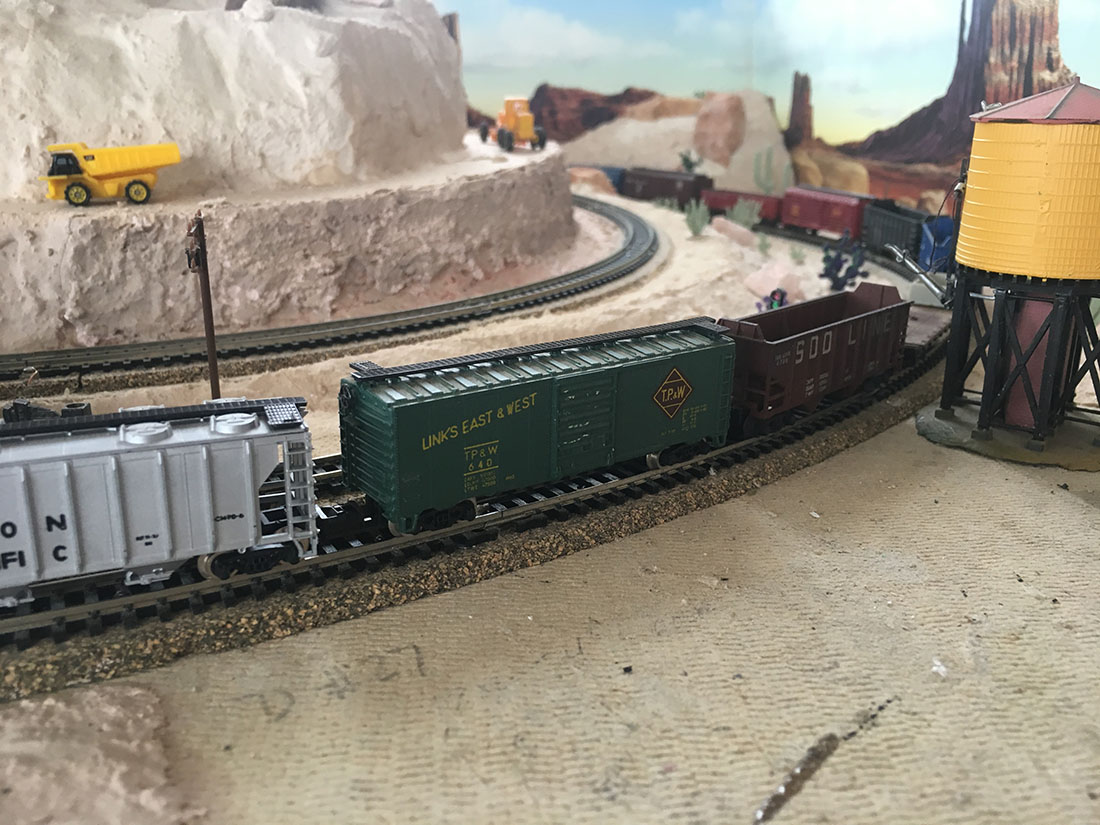 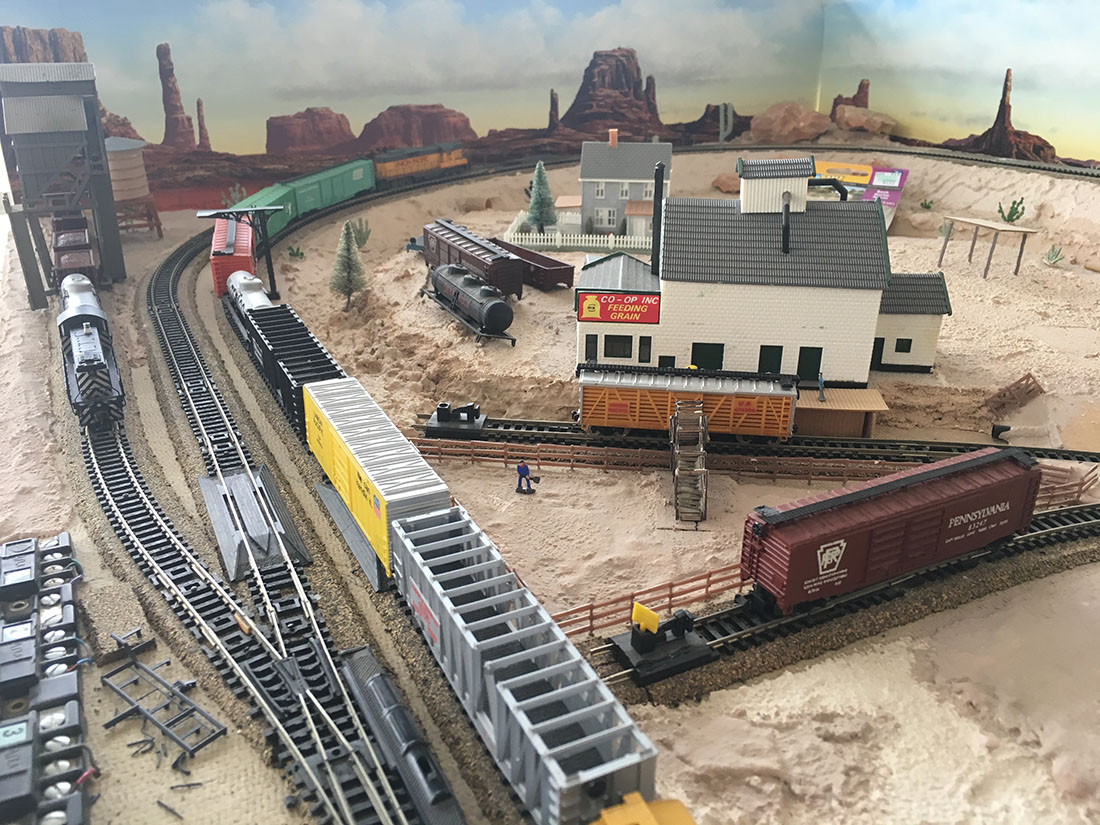 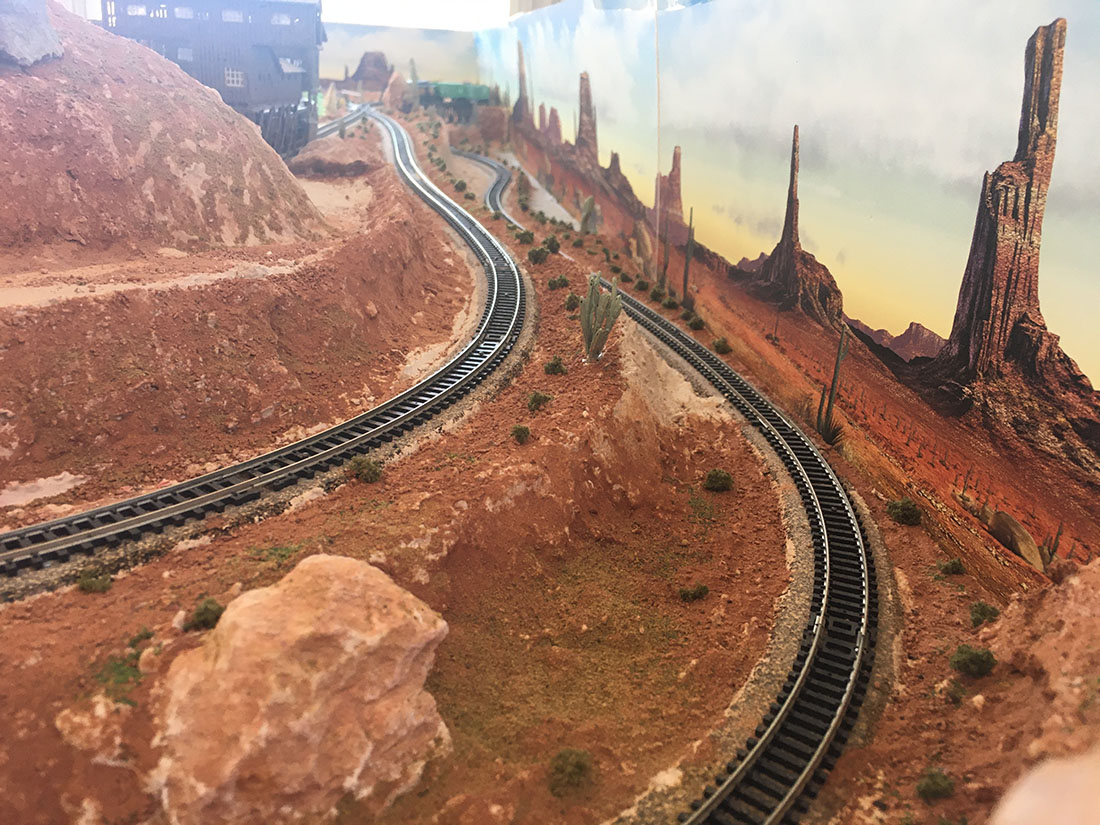 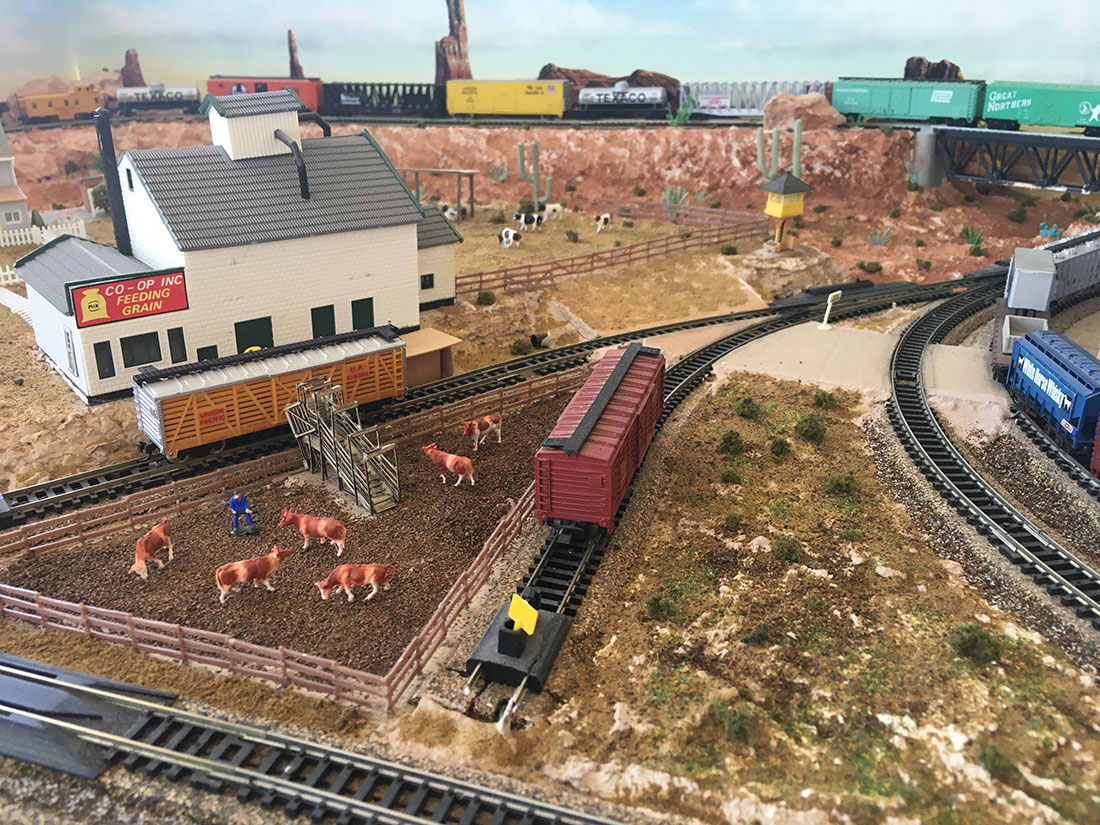 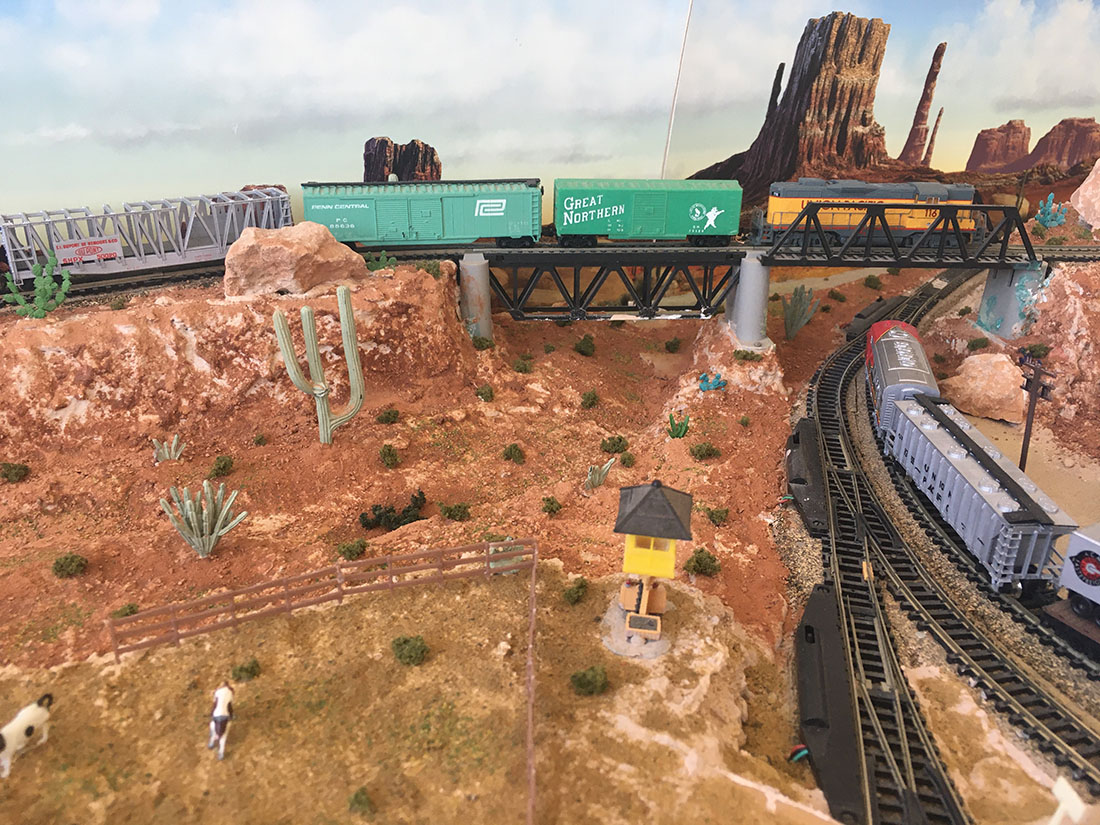 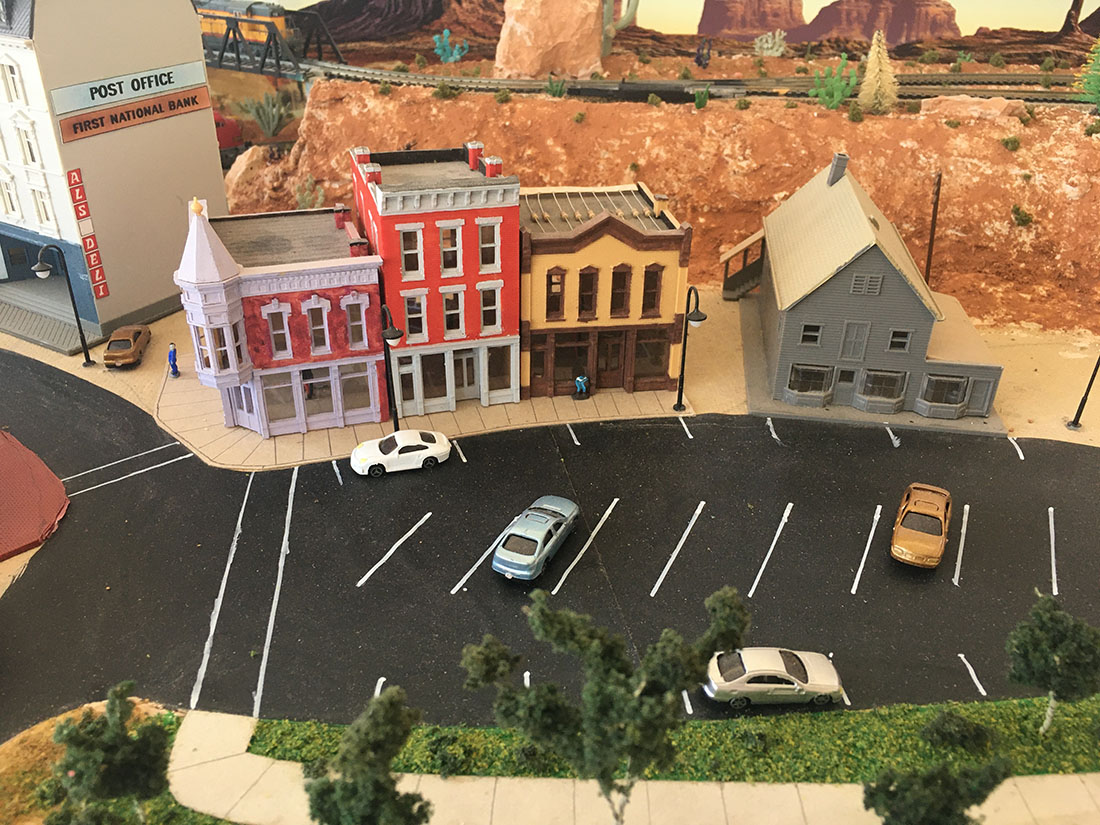 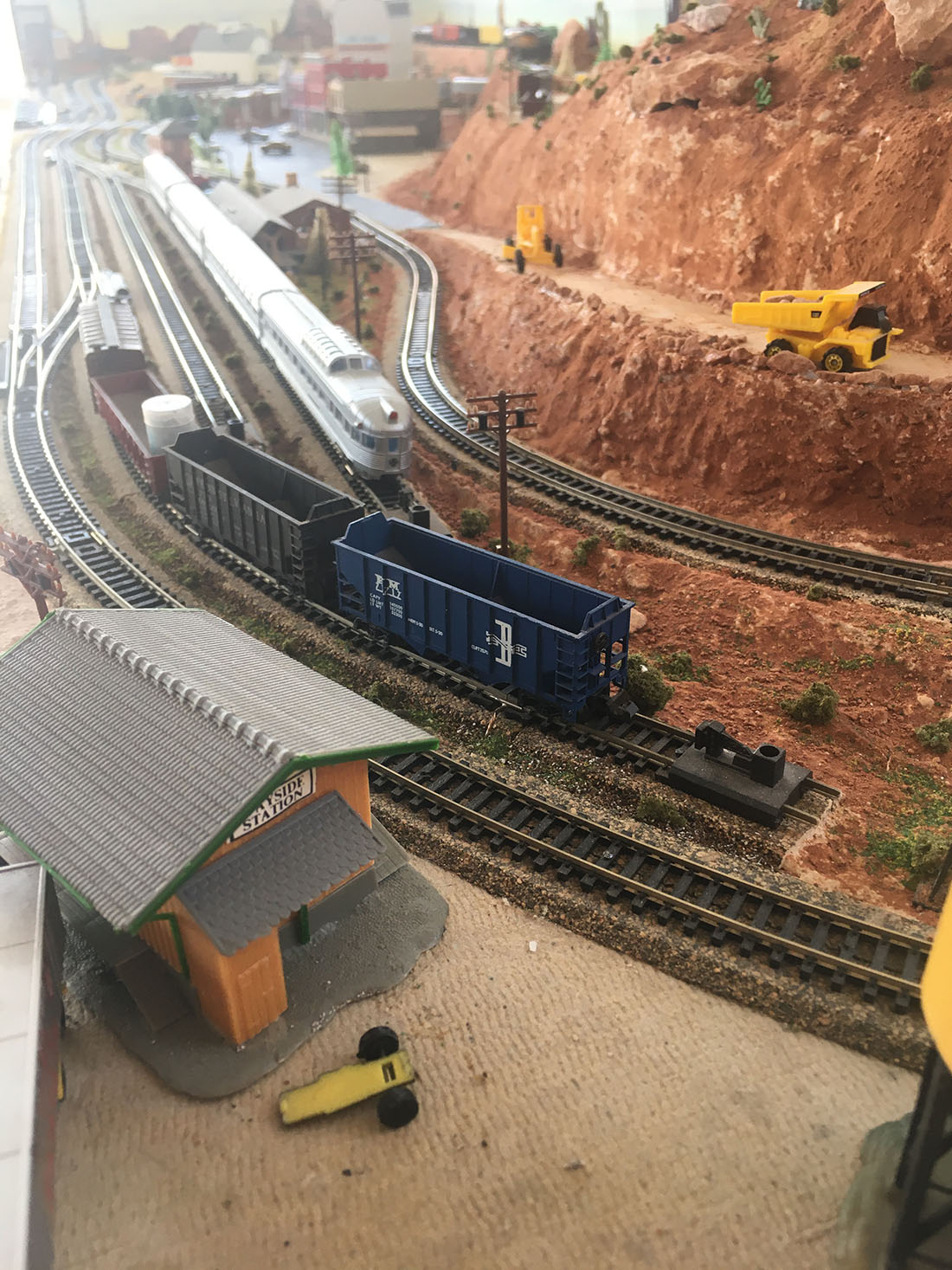 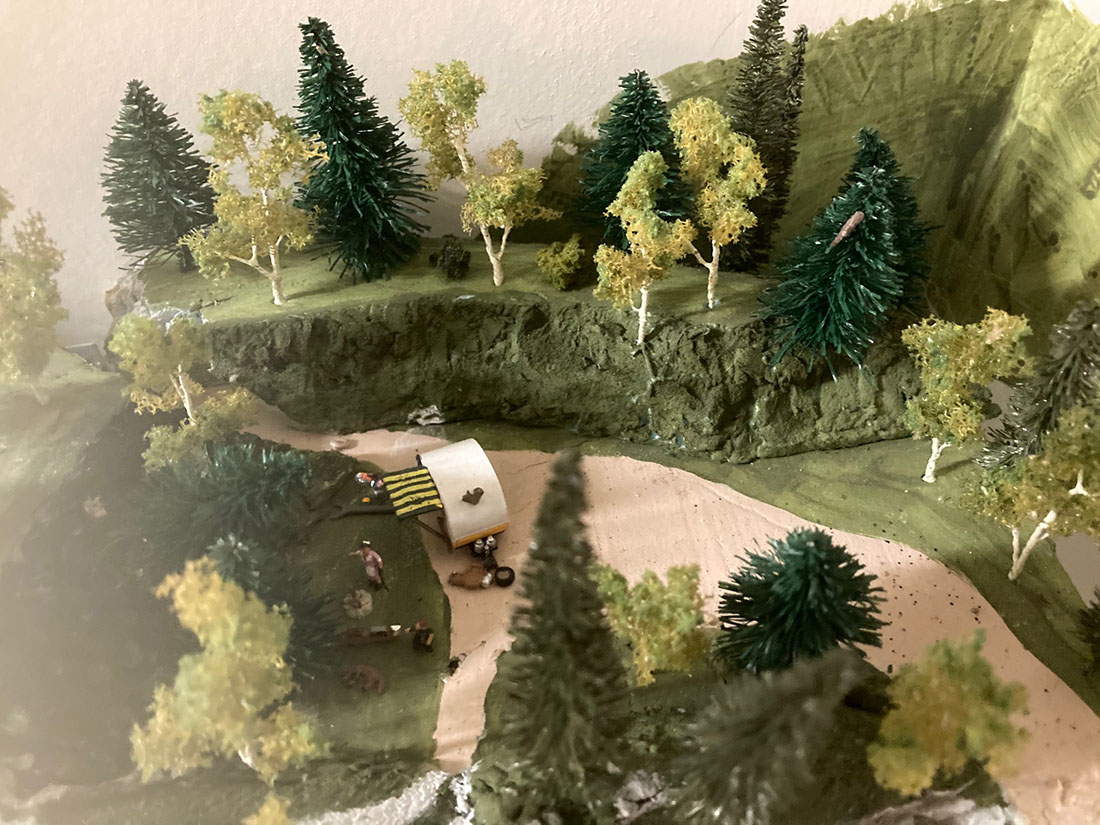 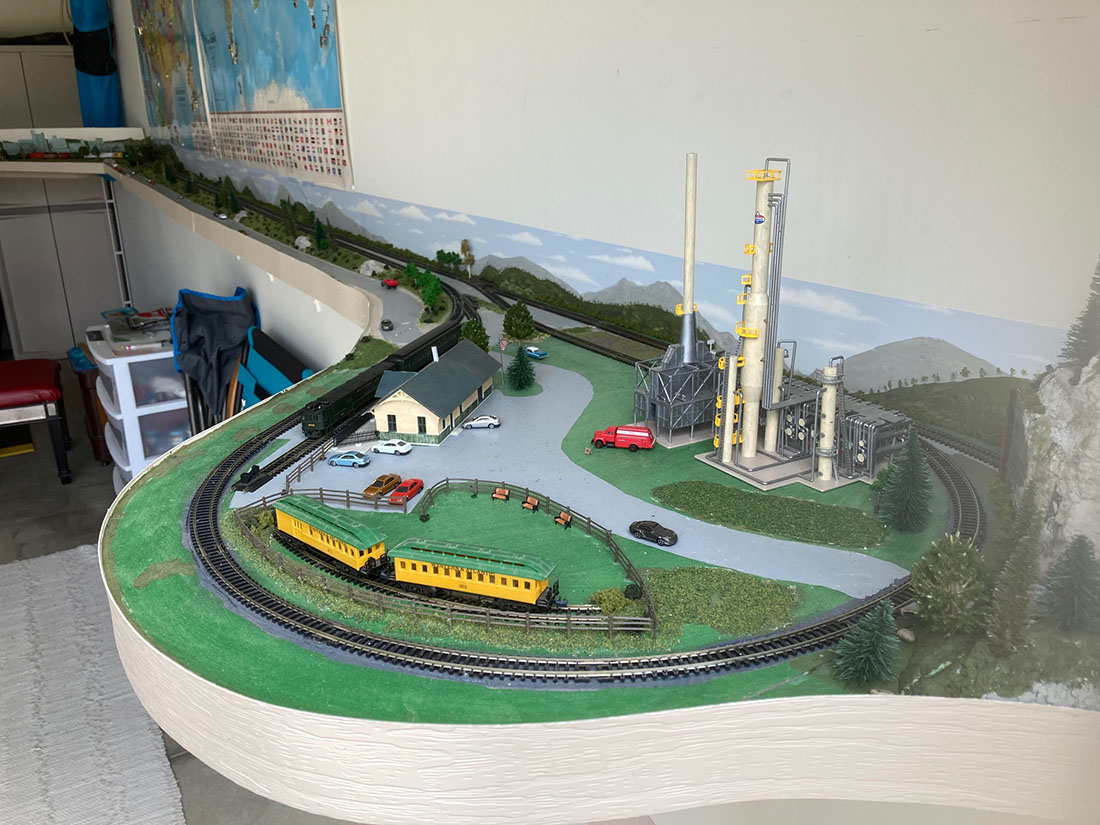 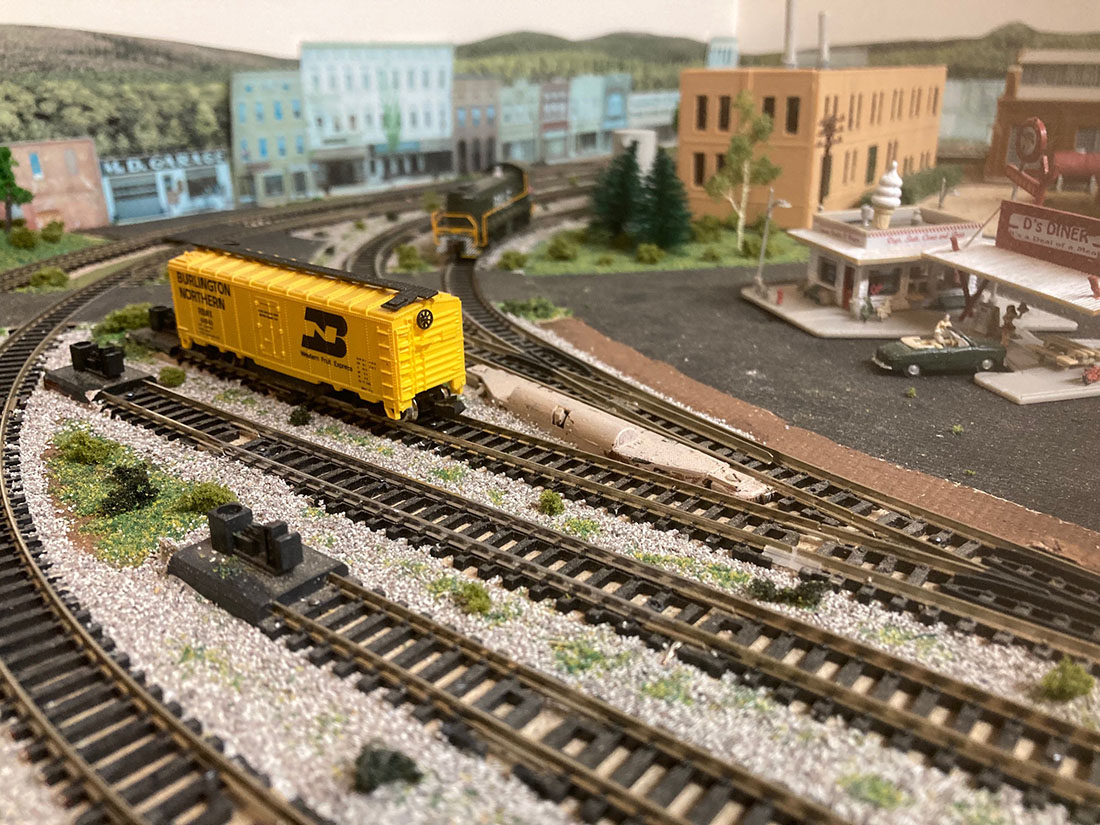 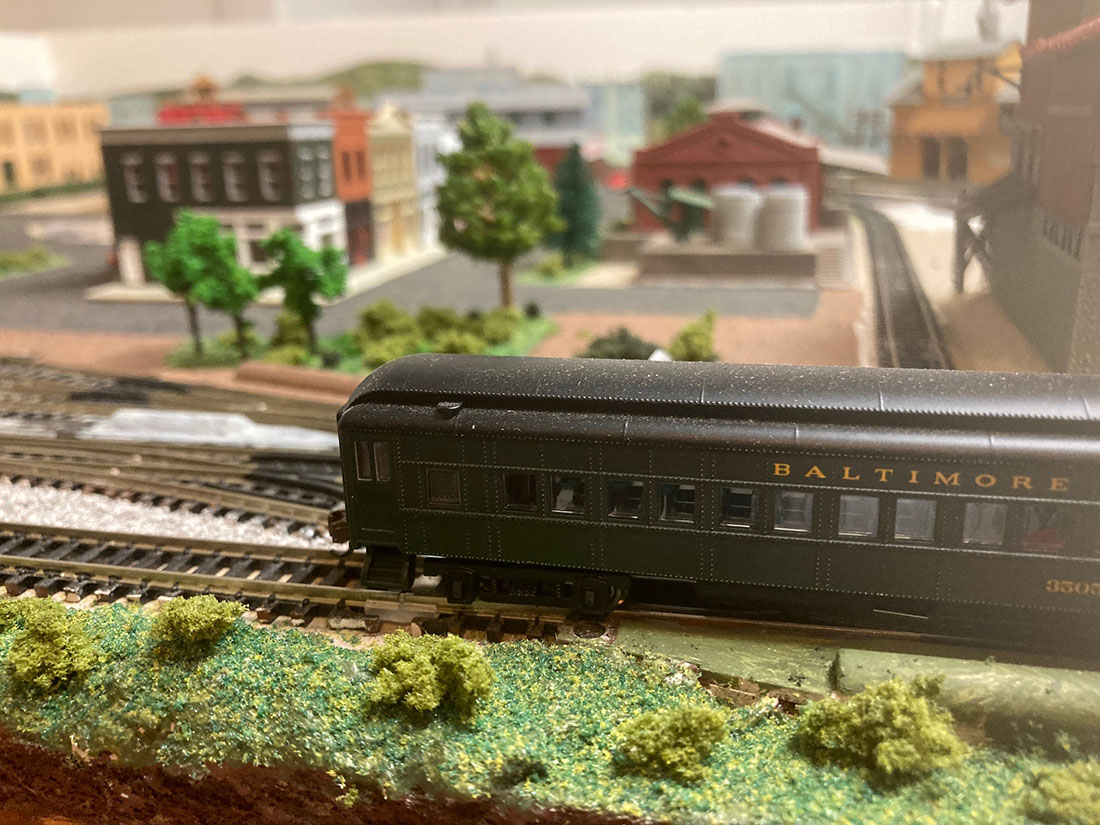 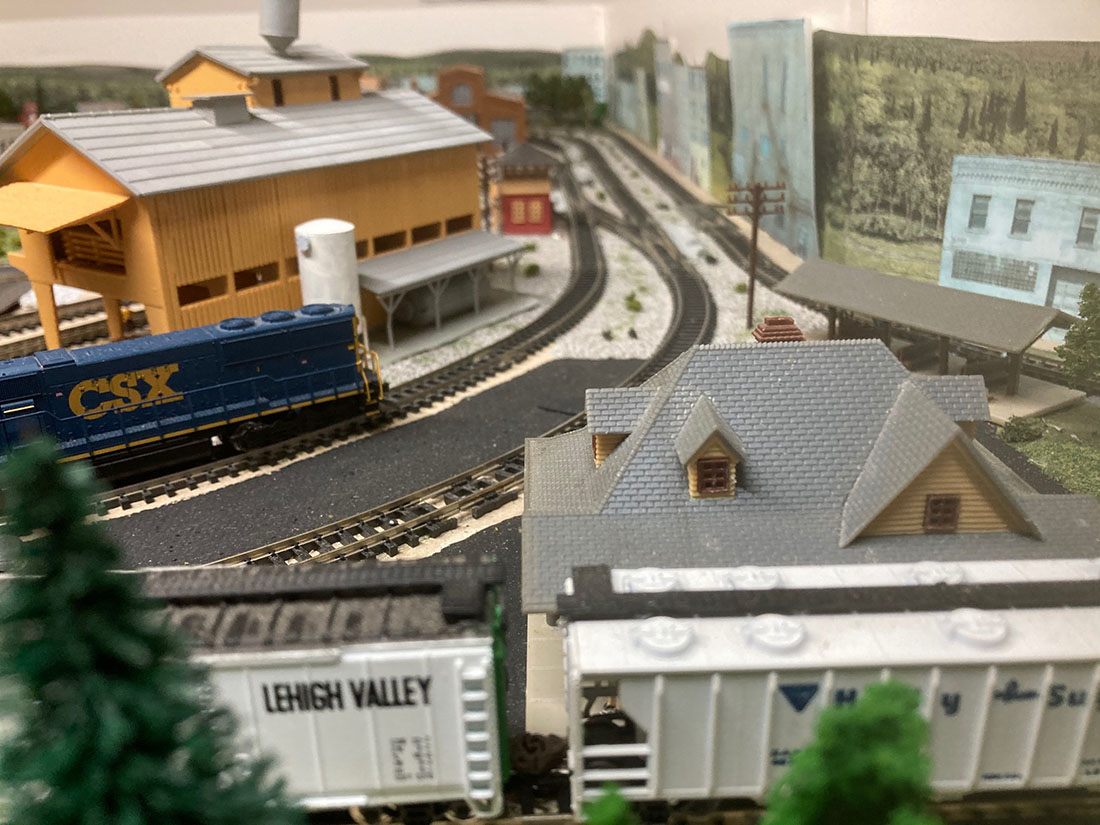 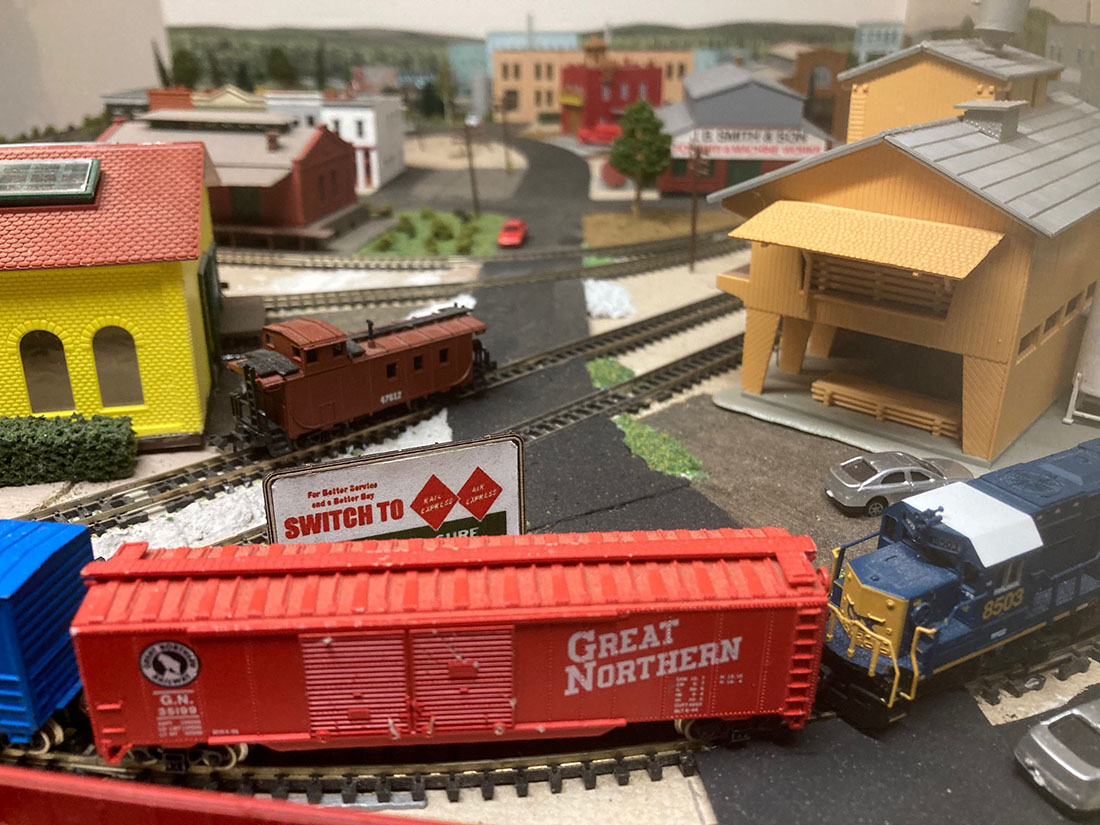 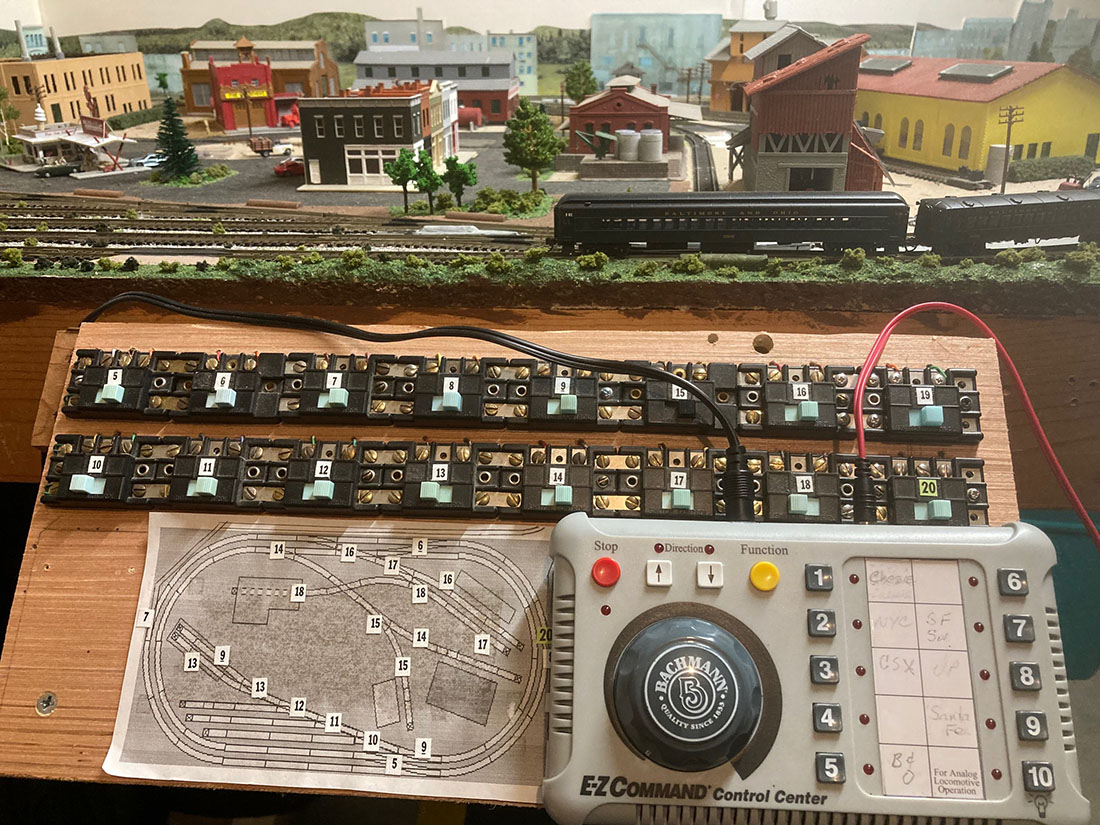 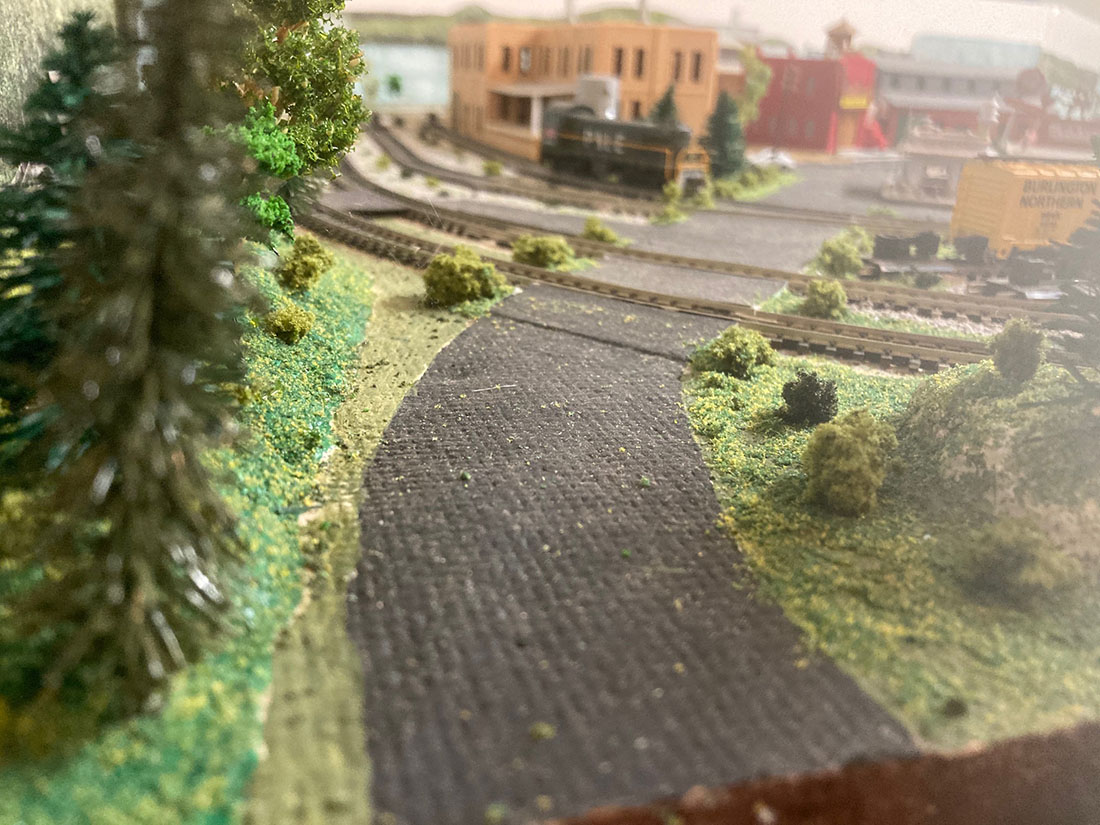 A huge thanks to Bob for sharing his small N scale layout. Sometimes I get sent a layout and I can’t help but think they had a lot of fun creating it – and this is certainly one of those.

Now on to something called ‘the golden key’. If you fancy ferreting through years and years of posts, here’s how to do it.

Remember, it’s the start that stops most people.