John’s been in touch to add to the collection of model railroad Christmas layouts:

“I have some pictures of my temporary Christmas Village/Train layout.

We set this up starting after Halloween and try to get it done by Thanksgiving. We then enjoy it until late January when we take it all down, box it up and get it back into storage.

We have been doing this in some form or another since 1986. It started back in California where we had a bay window shelf that needed a bit more Christmas spirit.

There was a shop in El Toro that sold plaster of paris buildings depicting Santa’s North Pole buildings, trees, and characters. These came as bare white castings that needed to be painted. My wife, mother-in-law and I decided to each buy a building and give it a go.

We started with Santa’s workshop, a Mr. and Mrs Claus home, a barn and several characters, trees, and assorted accessories.

Over the next couple of Christmases we had completed a nice little village scene that worked well on the bay window shelf.

I do not have any digital pictures of this display but probably have some slides or other pics up in the attic. After moving to Texas in 1991, my wife discovered the Department 56 Dickens village series and we started the new collection.

After a few years we had enough of the Dickens village pieces where I was able to set up a board layout on the floor with a cut out spot for a tree with removable pieces that allowed us to slide a decorated Christmas tree into the right side of the display, then put the board pieces back in place.

This was a limited edition set By Fleischmann’s Magic Train series and I set up a layout that would wind through the new Dickens Village and then around the tree to Santa’s North Pole village where we had set up all of our hand painted items that we had brought with us from California.

We eventually gave the hand painted items to my wife’s daughter, her husband and our three grandchildren. It has been about fifteen years since then and I don’t think the original set has survived.

I did however, keep one small item from the original North Pole village we had created that I proudly have put to use in our current display.

A small sitting elf character has been put to use as the engineer in the CCVR engine of our original train. 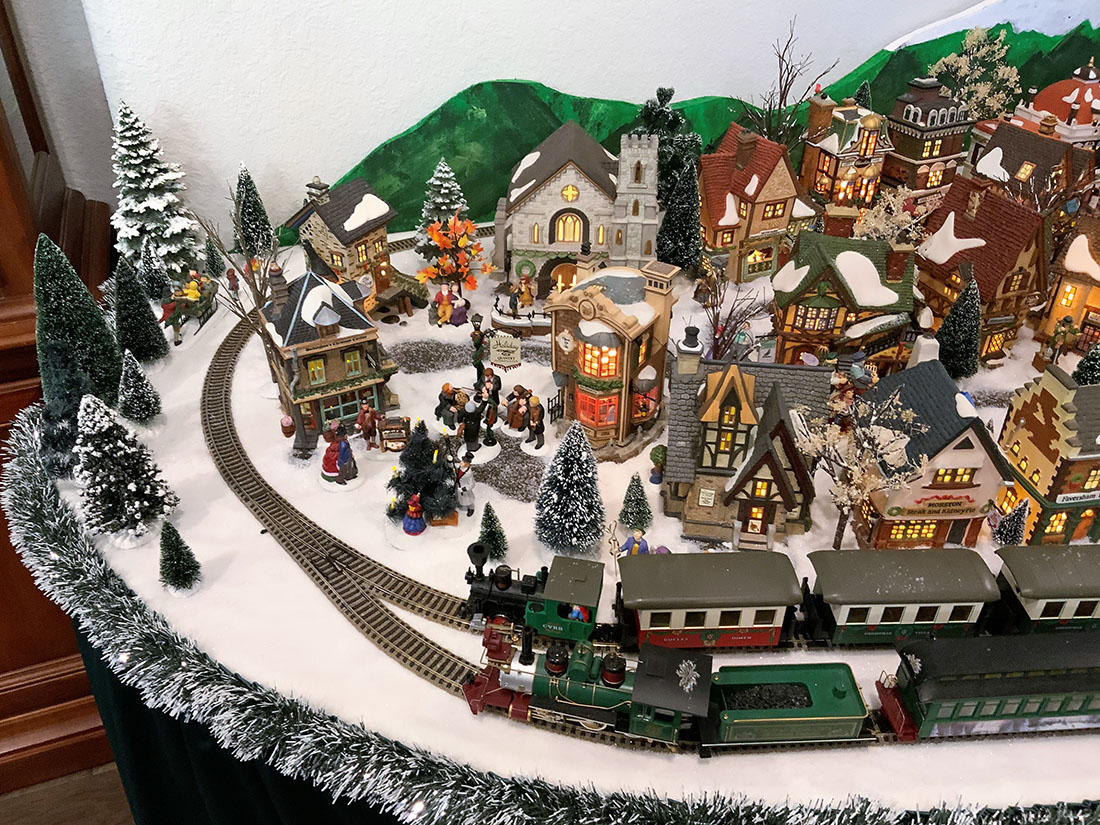 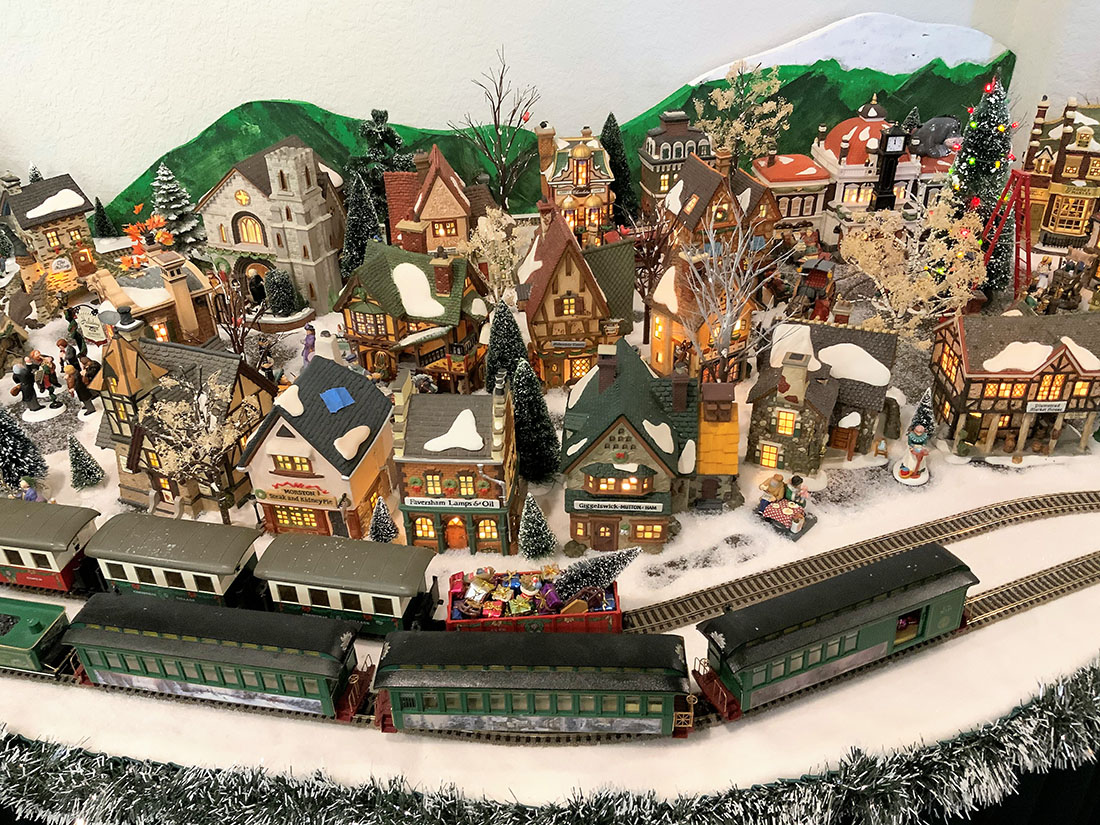 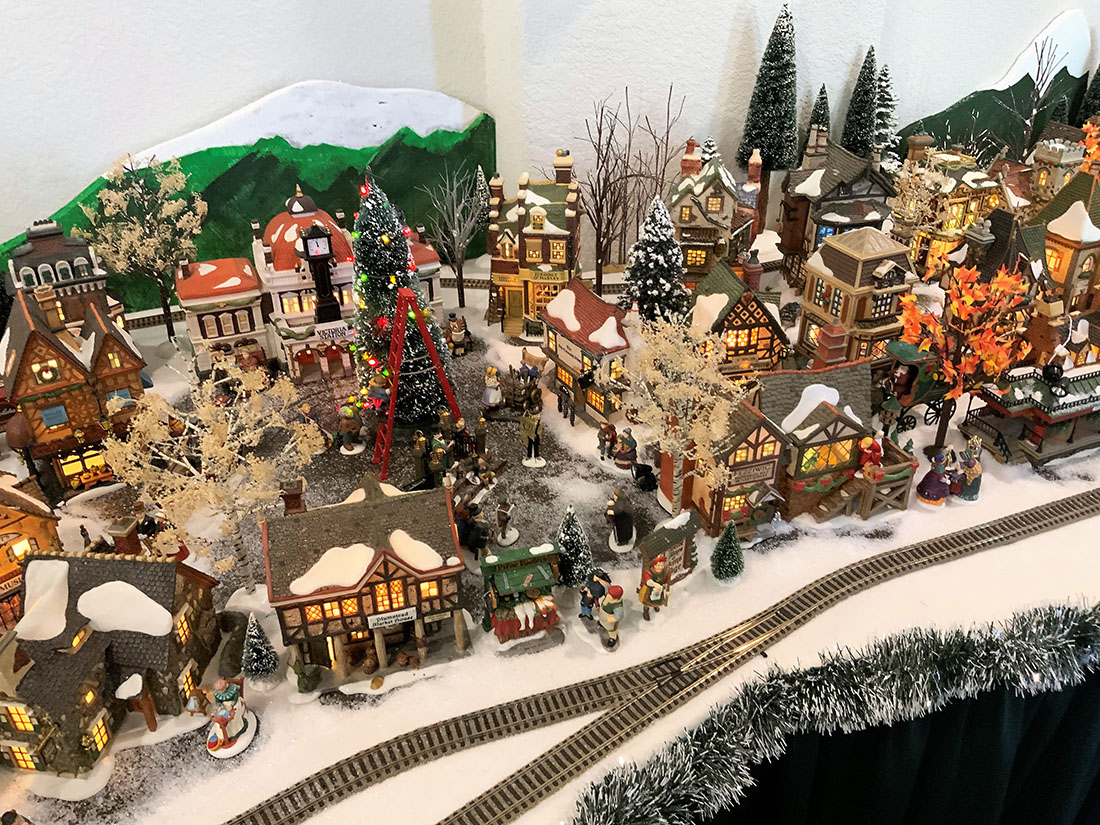 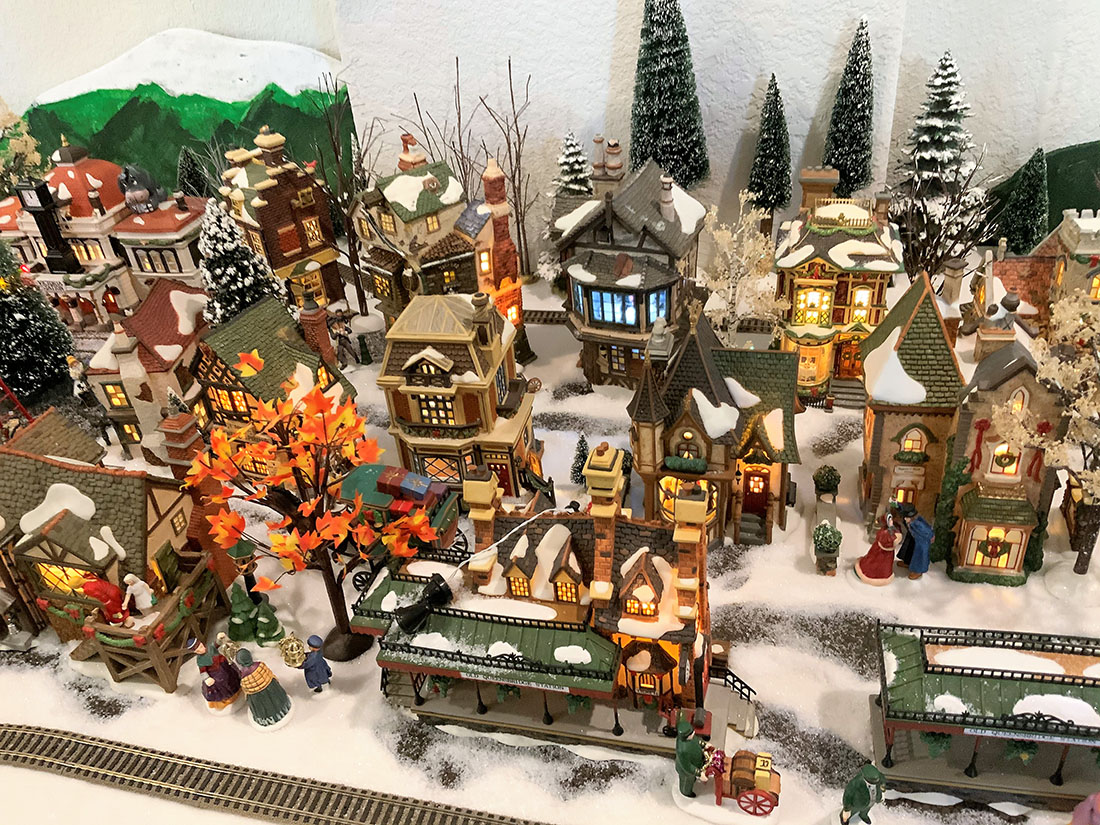 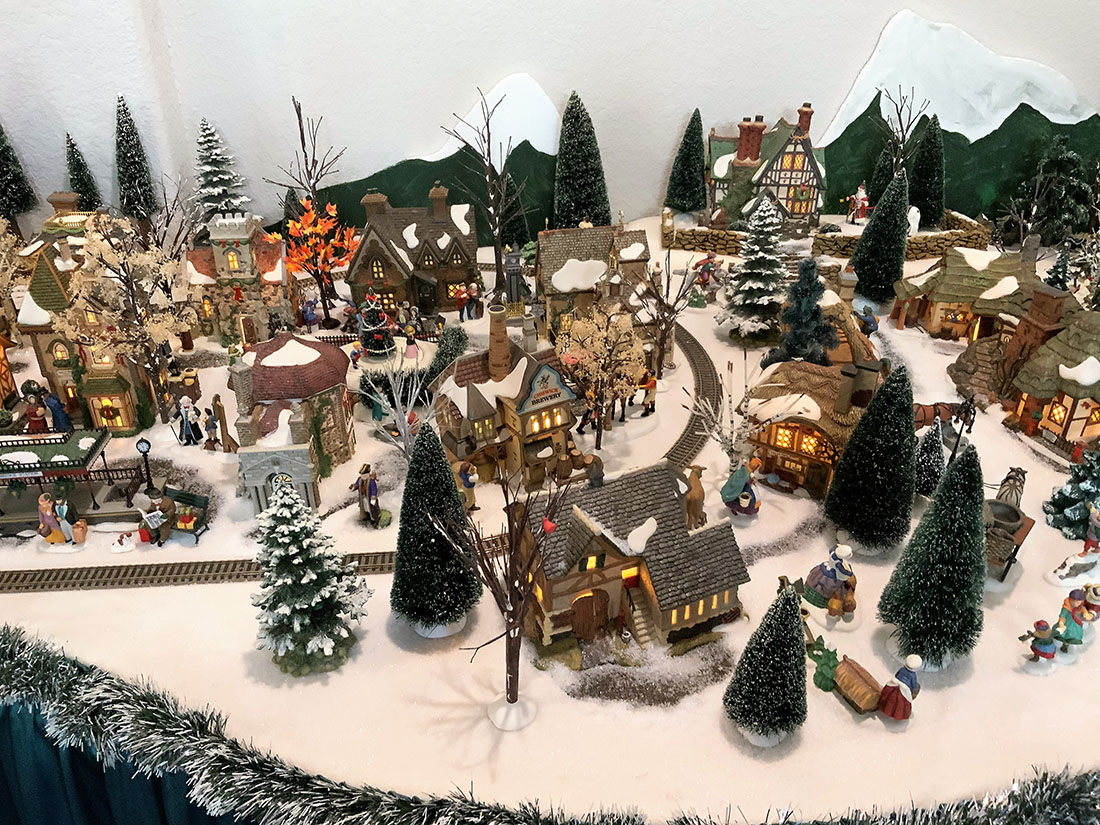 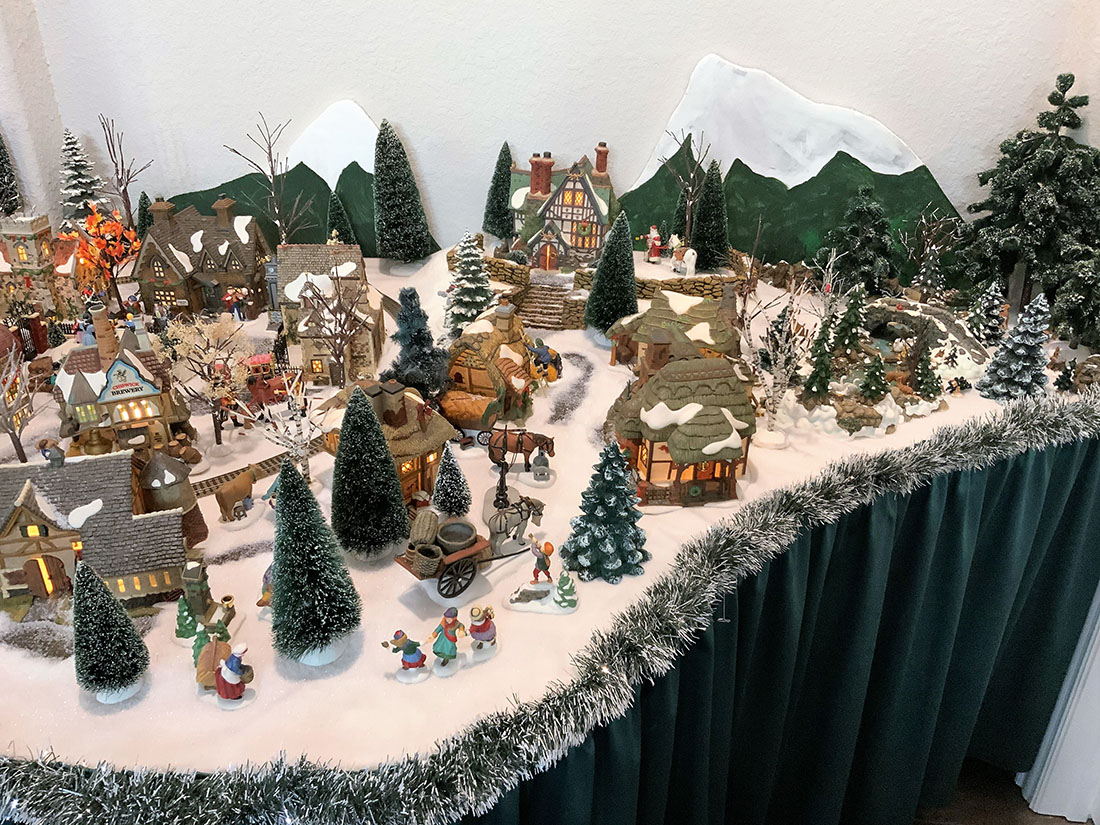 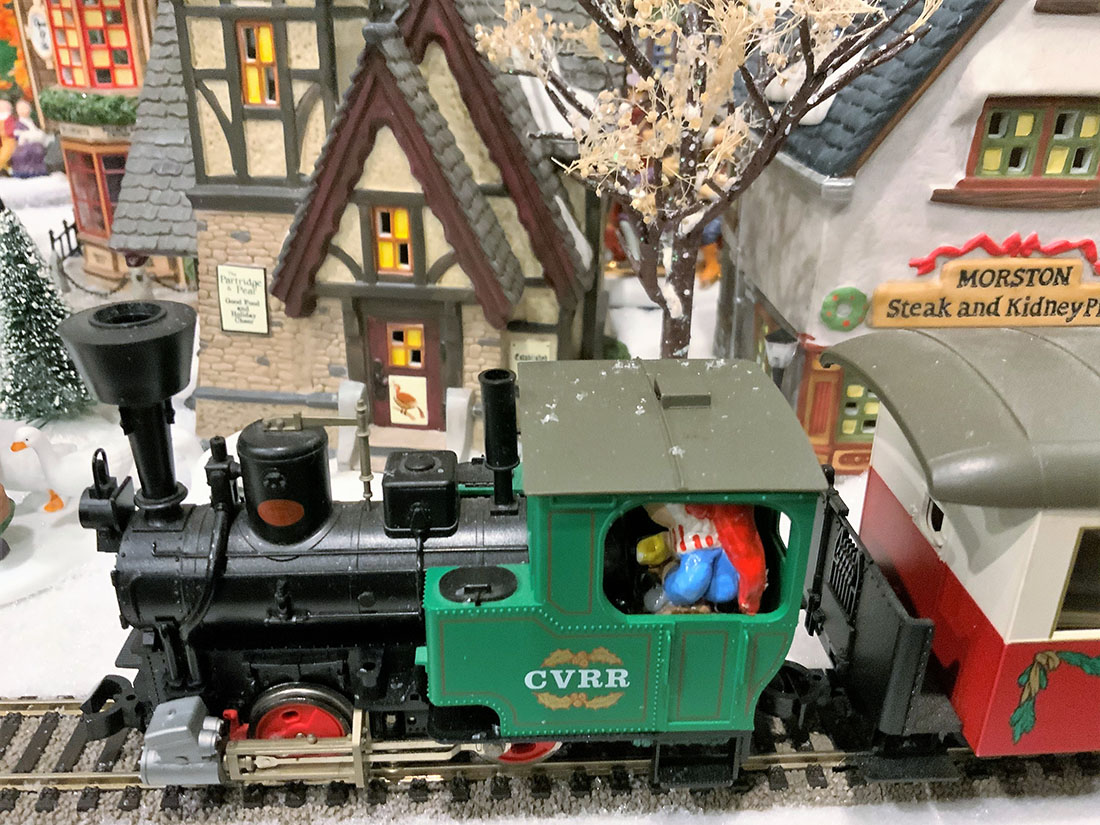 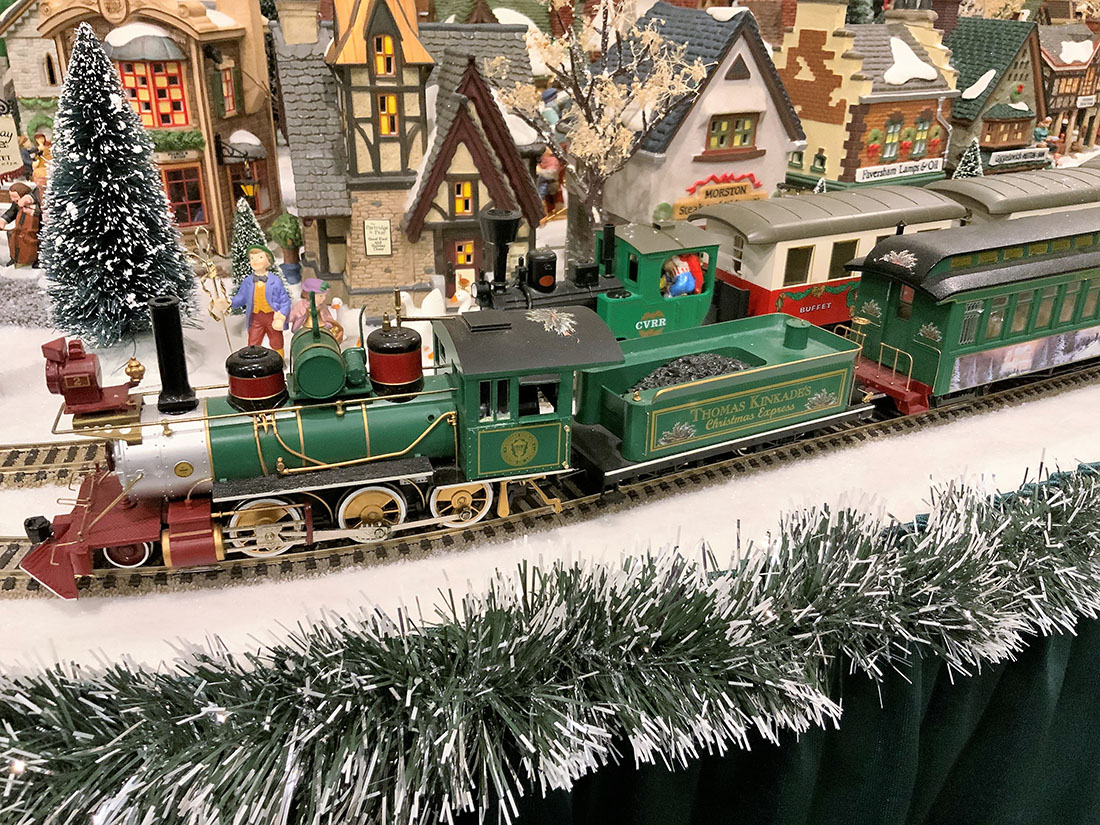 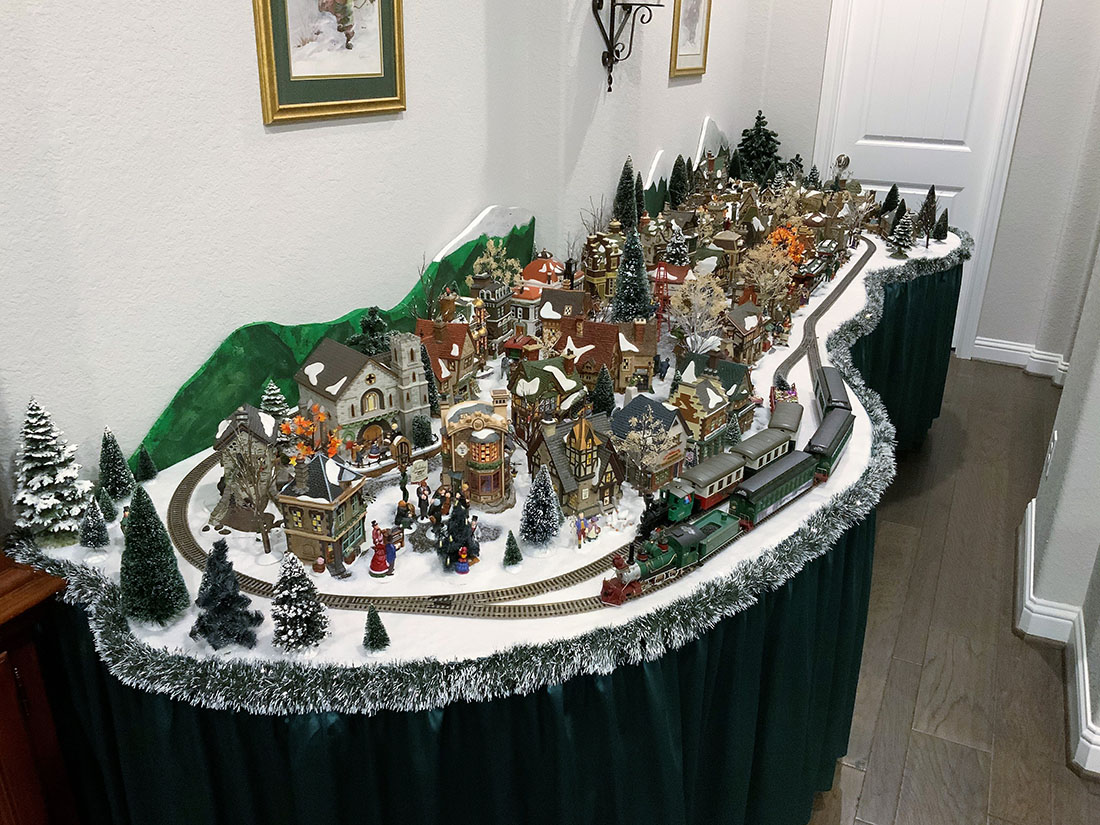 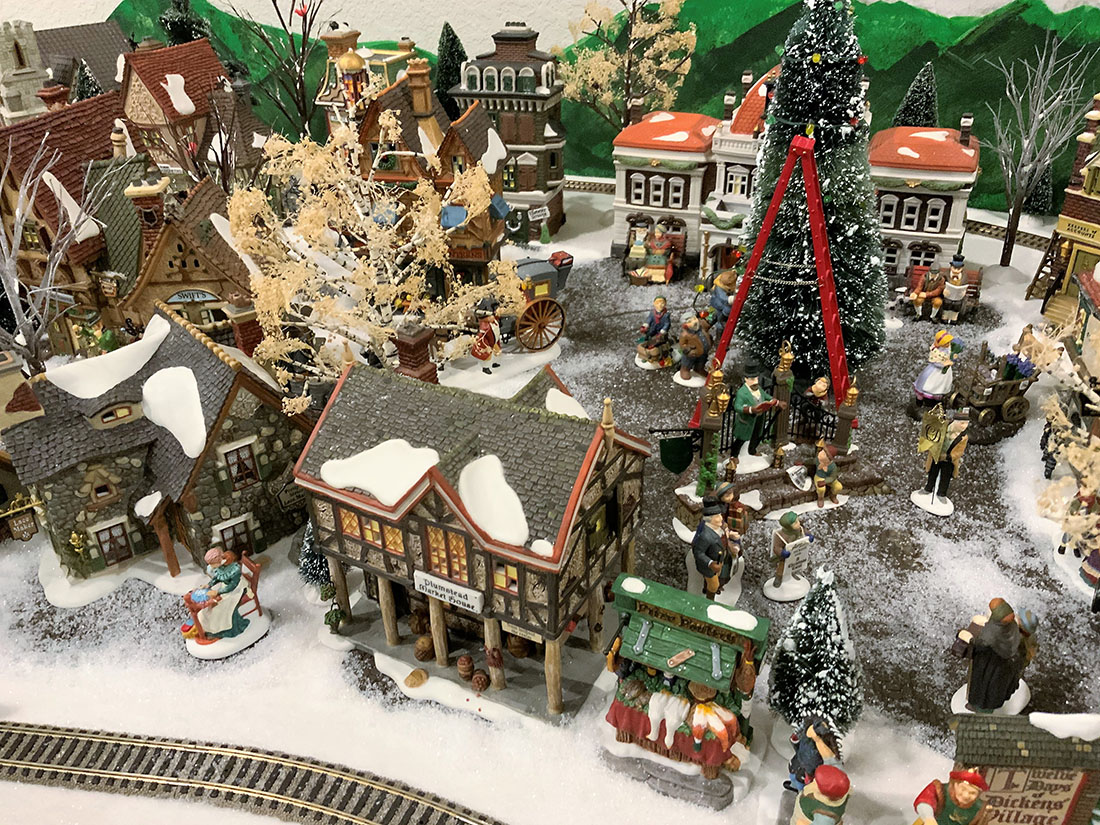 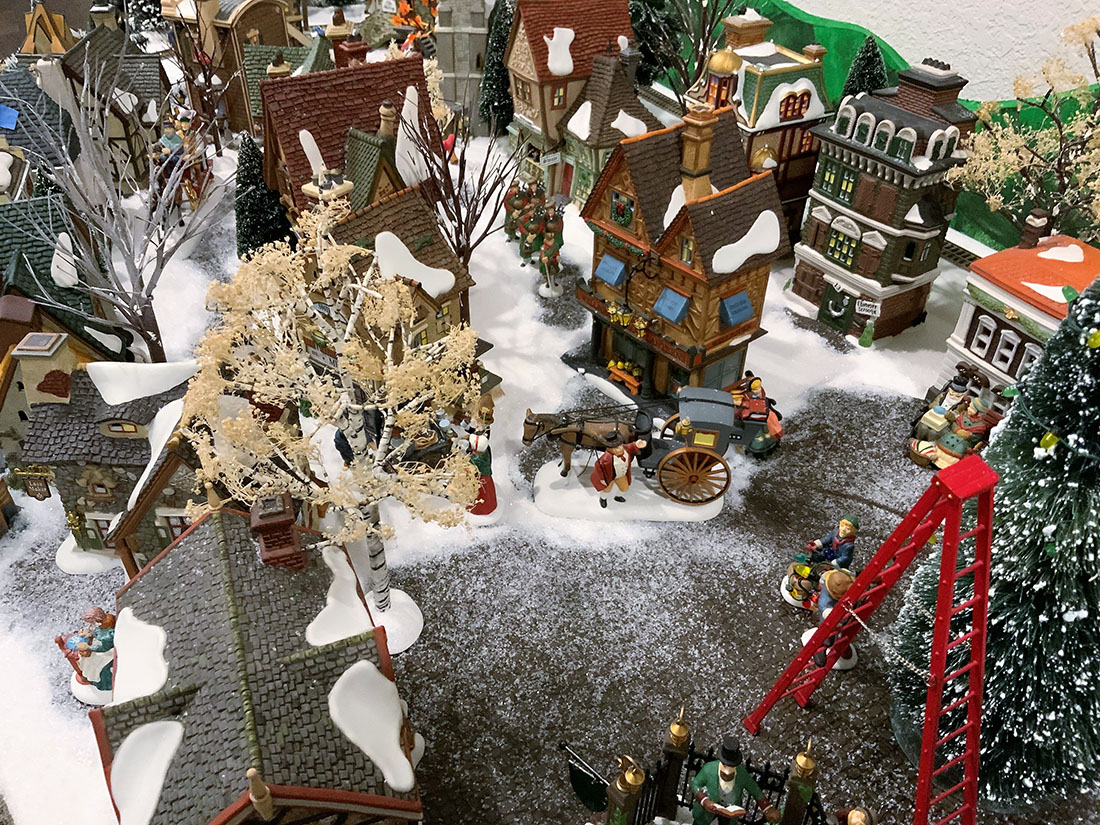 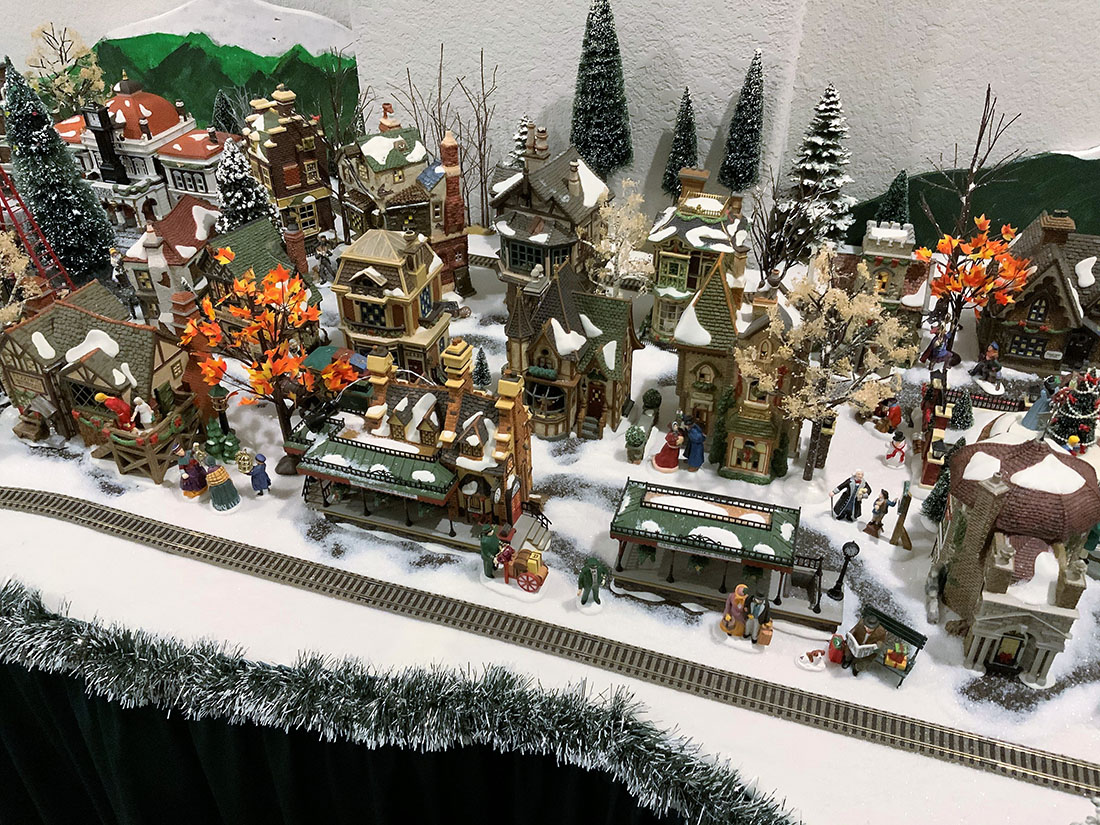 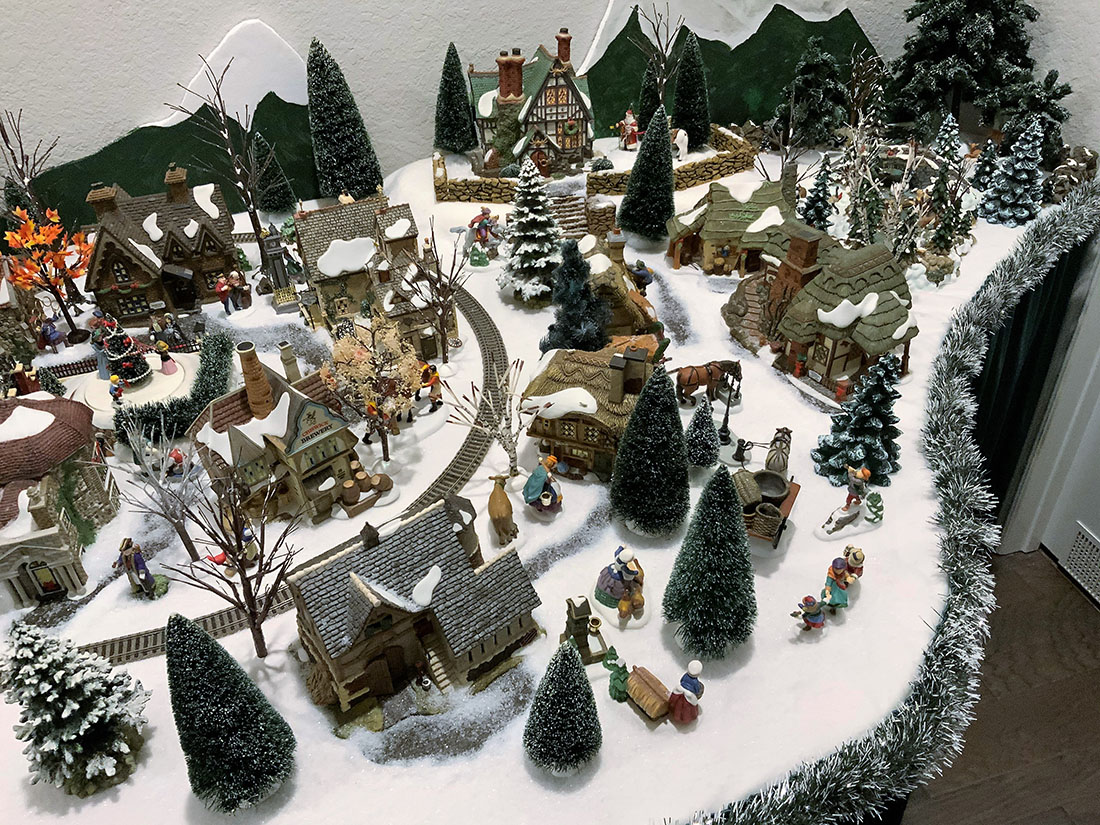 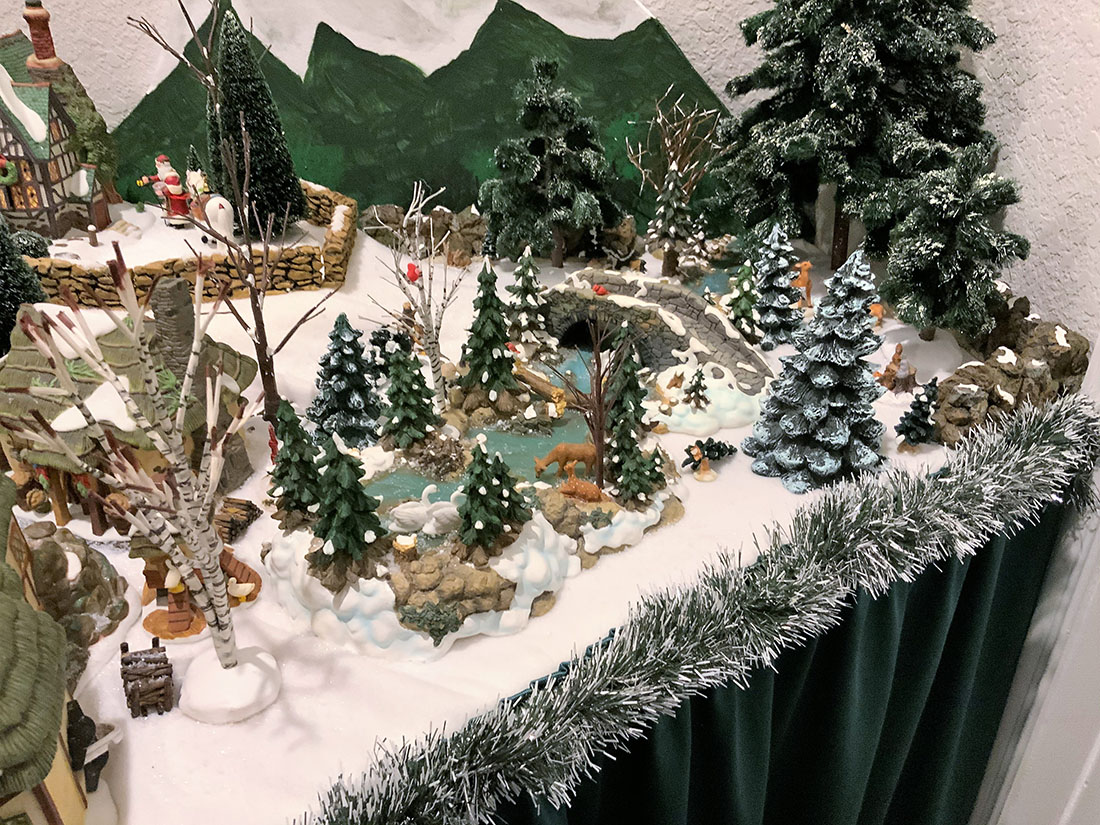 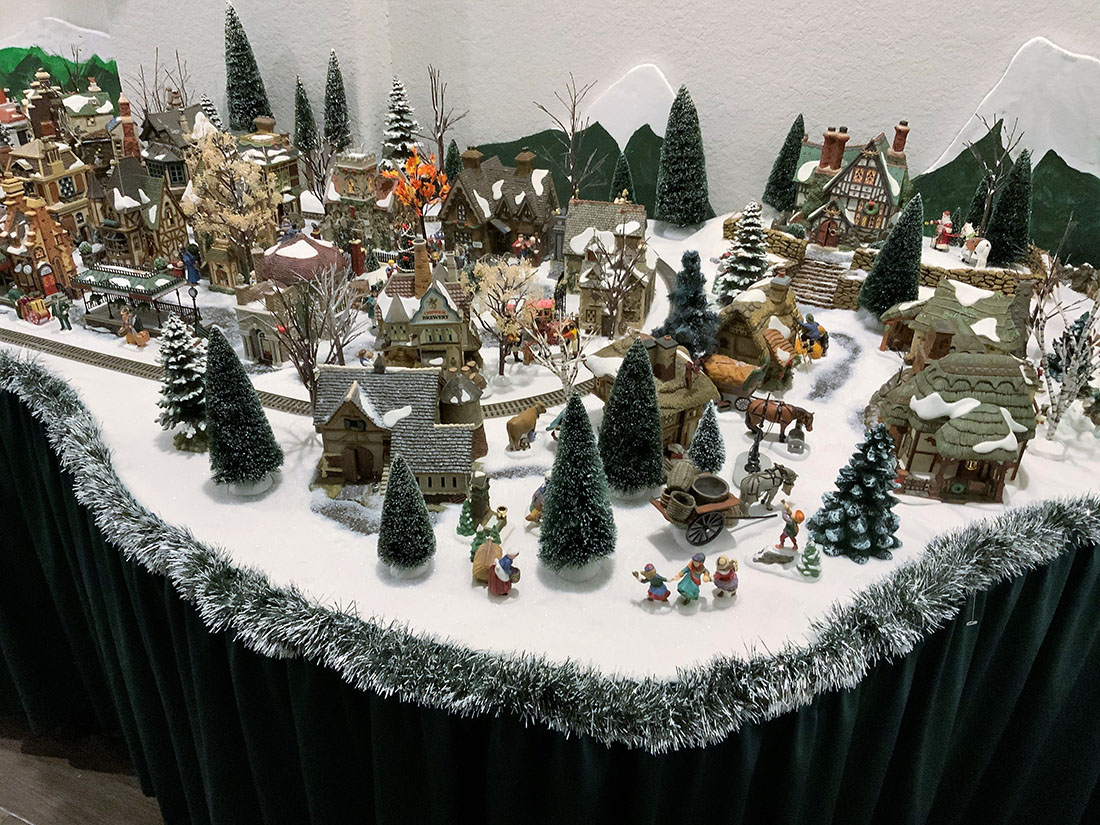 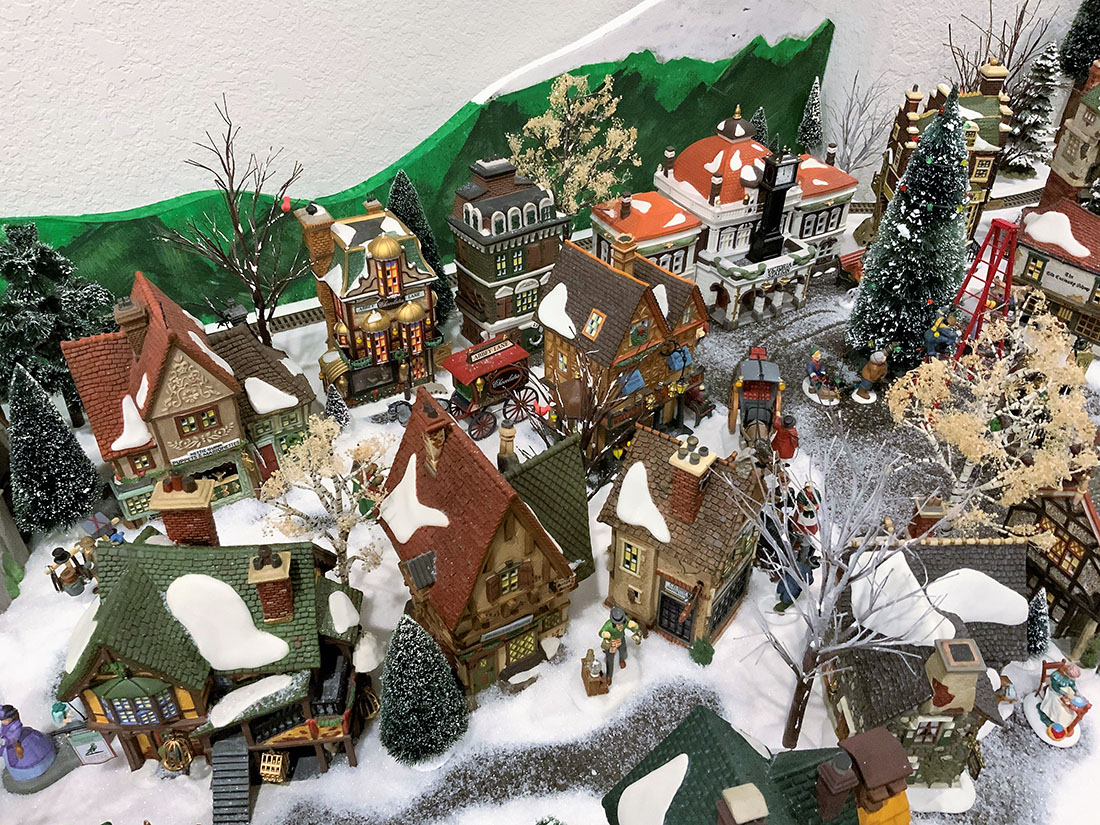 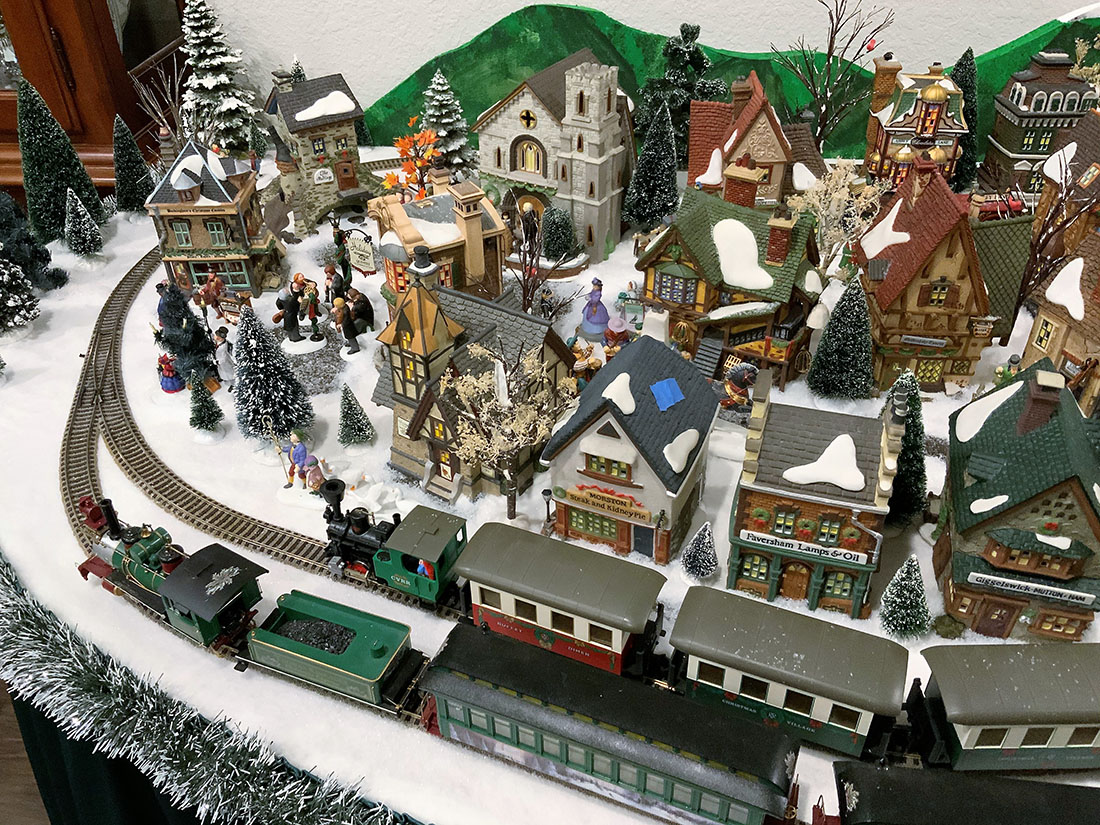 A huge thanks to John for sharing his model railroad Christmas layouts, and it seemed right to save it for today.

That’s all for this time folks, except for one last thing – I’ve had a few messages that the ebay cheat sheet hasn’t been firing on all cylinders over the last day or so.

I’ve updated the code and it should all be fine now. Please do have a look and let me know.

And if your Christmas presents won’t keep you entertained today, there’s always the Beginner’s Guide.