Harry’s been in touch with his N scale coal mine kit, which looks fab on his layout.

I read/watch your postings on a daily basis and have learned tons from both the mistakes and successes of your contributors.

I finally finished a little more than 1/2 of an “N” gauge layout (modern, far-west setting) that sat hardly started for 3 years after taking on the pastorate of a church (in the east in upstate New York).

I’m not sure if it would have ever continued if it weren’t for our 5-yr old grandson, David, in California who asks on almost every Face Time session how I’m progressing on the train (!)

Since they might visit this spring, I realized that I had better have something running.

“N” gauge, of course, is very delicate; not something little David can get his hands on!

Here’s a video I just made for him. Someone gave me several 2’ x 4’ foam panels that were 4” thick that I used to make the mountains.

I learned a lot experimenting on the first mountain that has the N scale coal mine kit.

I cut the general outline of each layer with a hand-held jig saw, and then used a large reciprocating saw to randomly cut the slopes around the profile varying the angles to make it look more natural.

The other advantage with the reciprocating saw was that it nicely gouged the surface to make it look even more natural.

The next mountain only took me about a fourth the time from what I learned on the first one. I still have 2 more mountains to go. 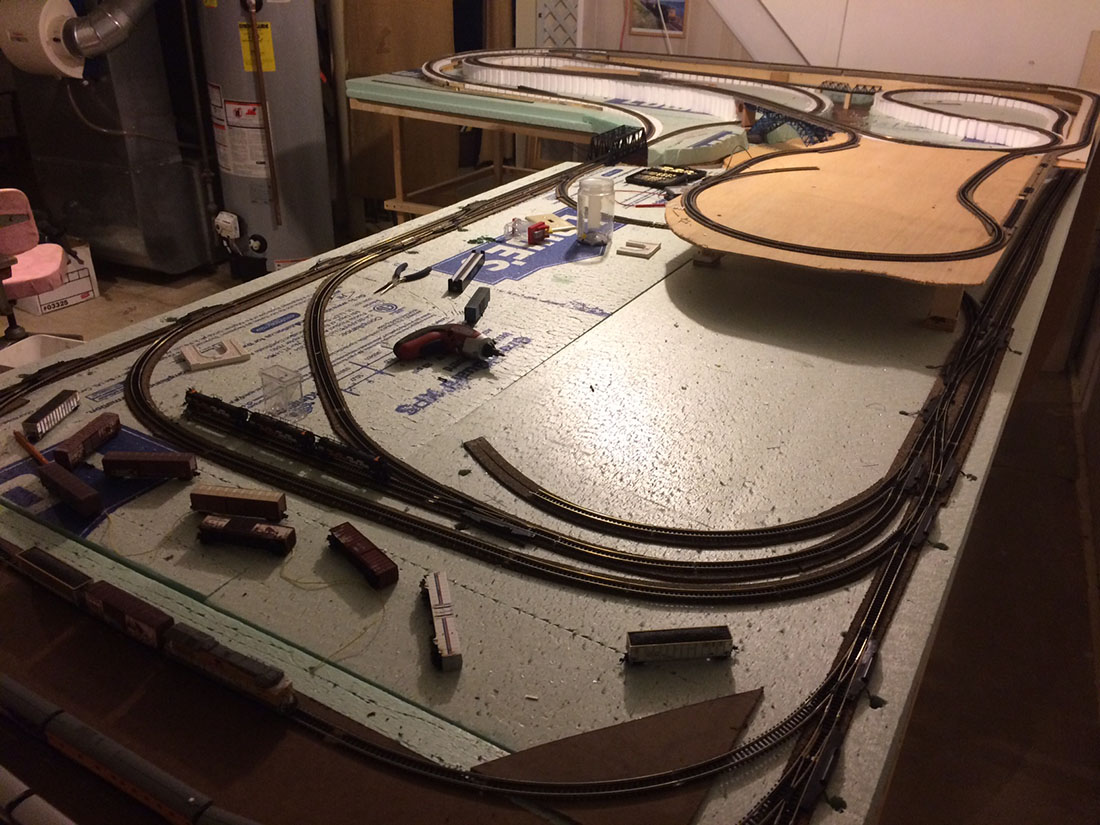 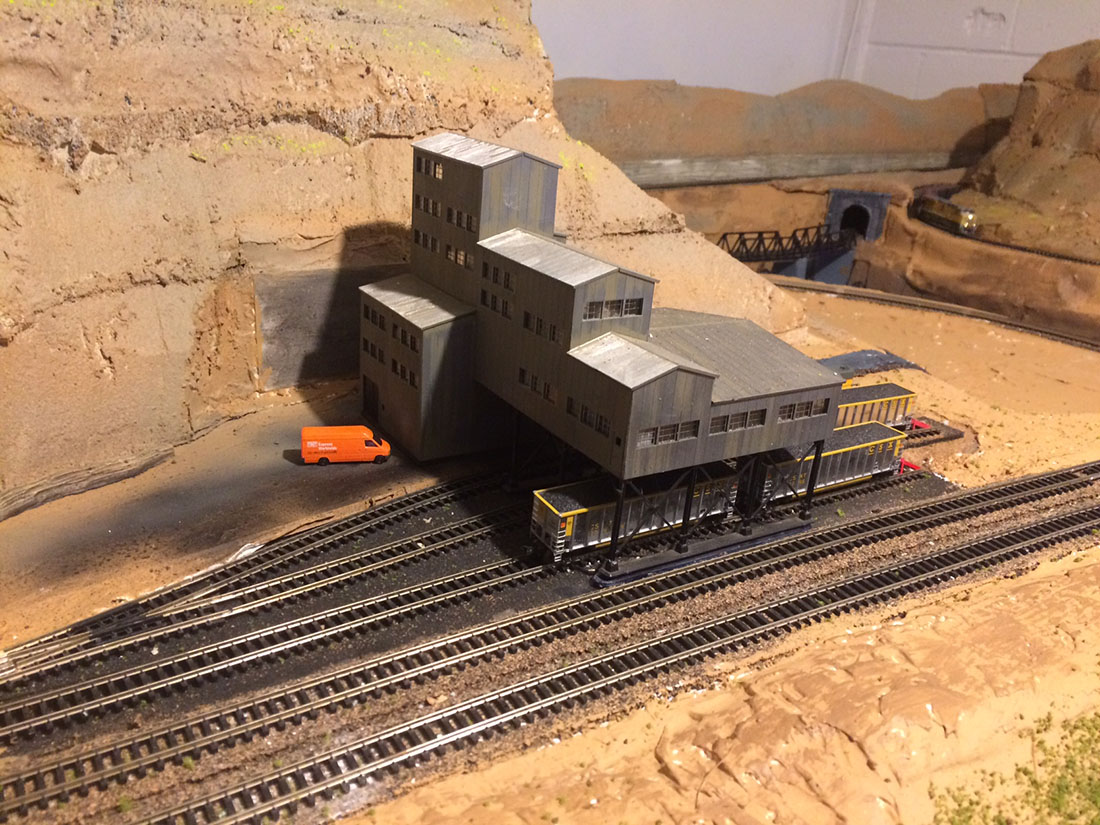 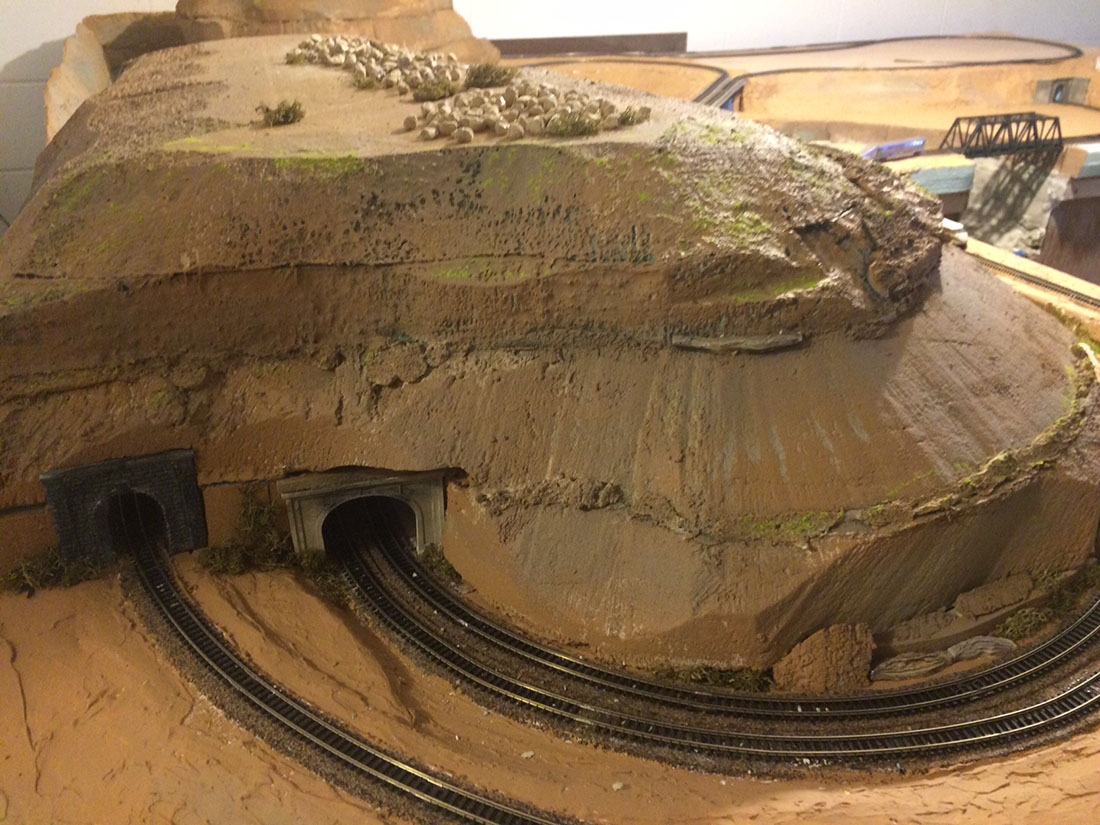 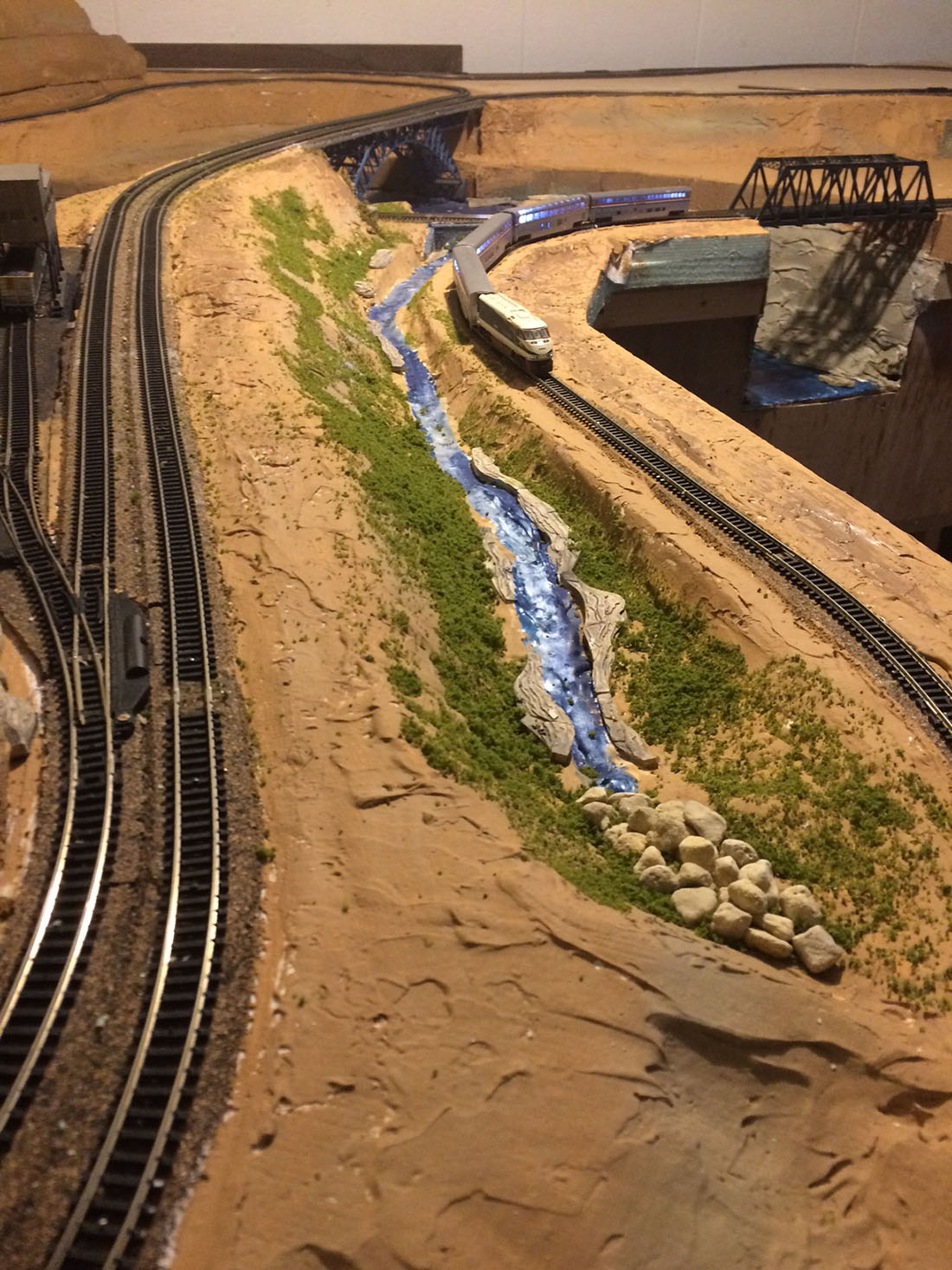 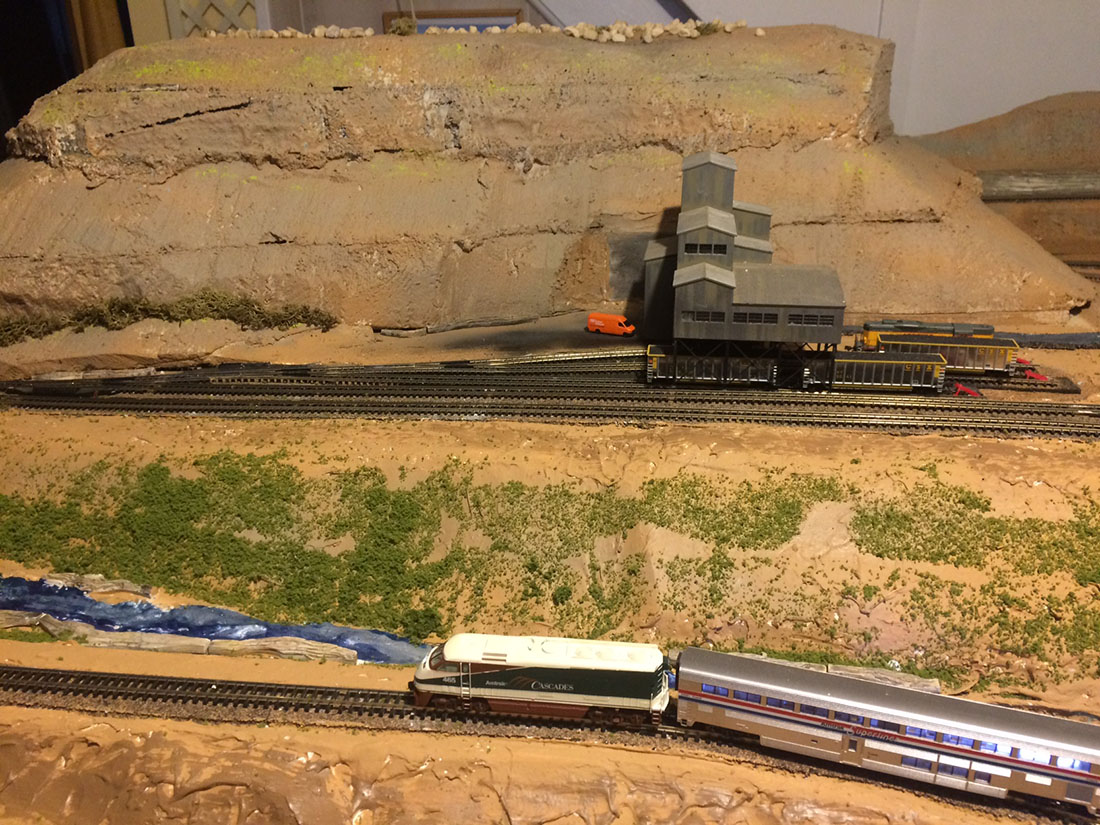 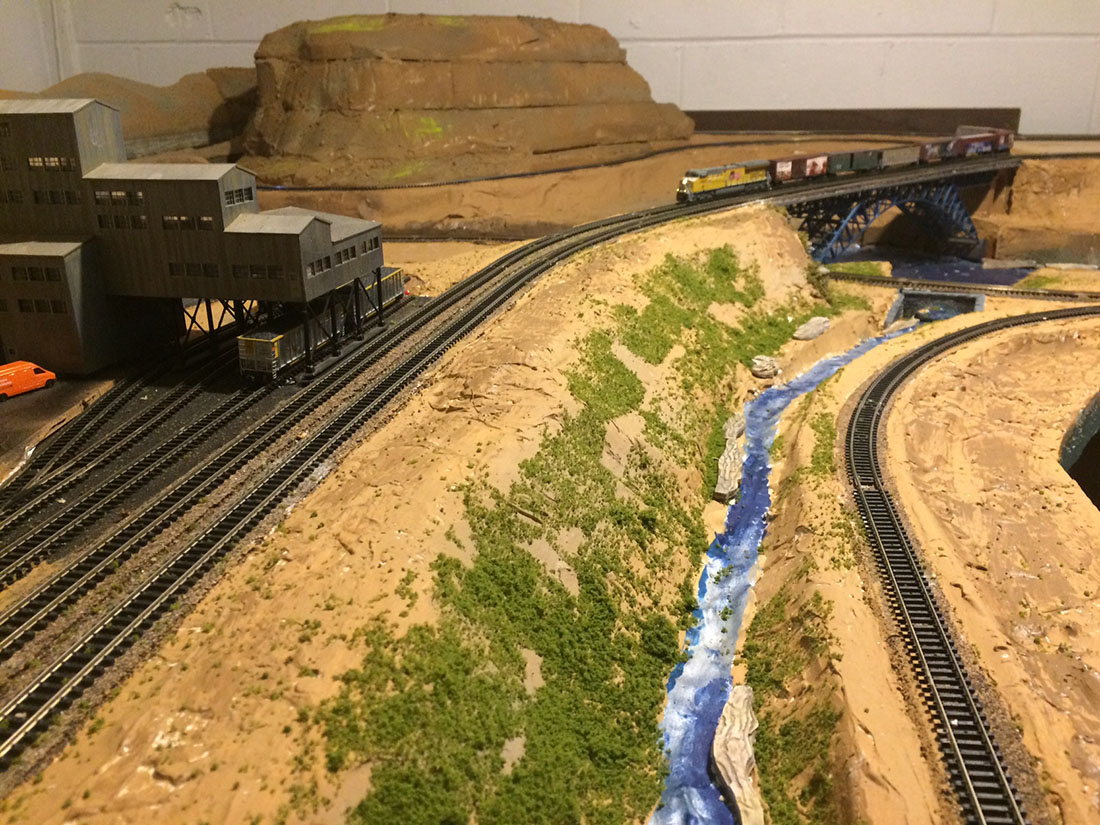 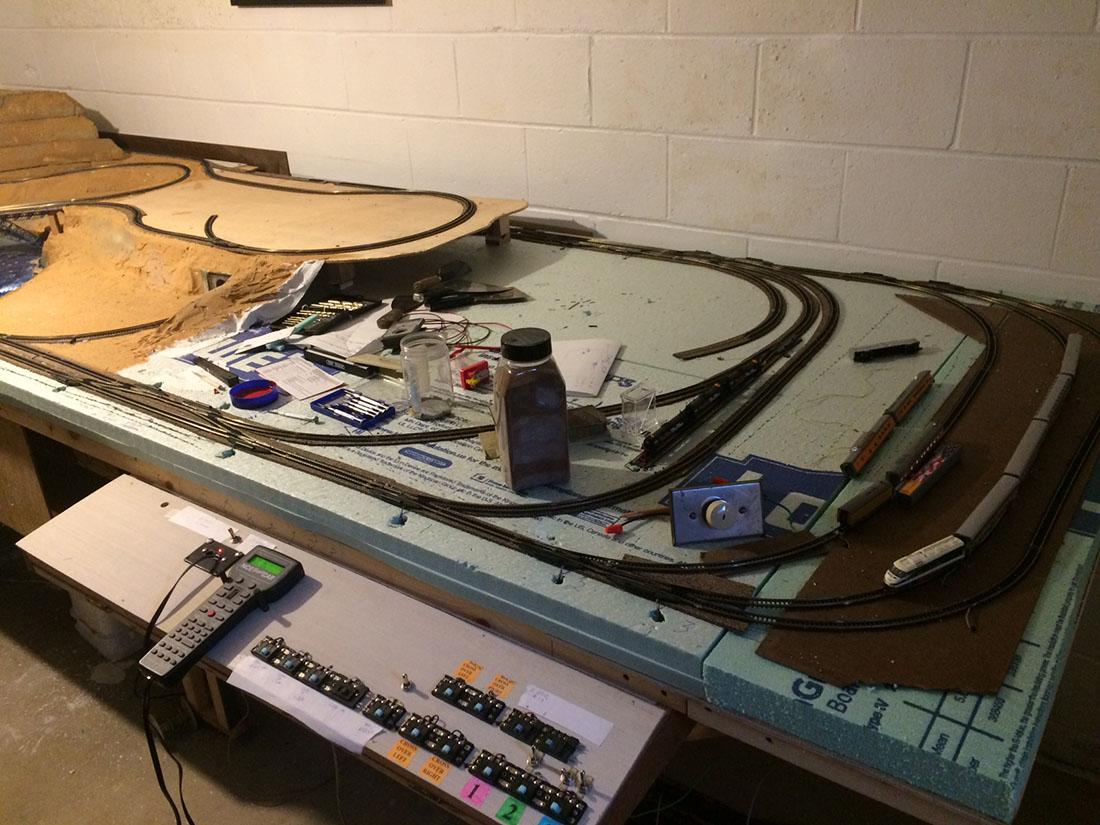 A huge thanks to Harry for sharing his N scale coal mine kit – it’s wonderful to see the little ones being the motivation behind a layout.

Now on to Brent.

He’s a man of few words. And pictures too.

But, he’s made a start – and in this hobby that’s more than half the battle.

I also enjoy seeing a layout that looks chaotic with the creation process, it’s very satisfying to then see it finished:

“My layout so far.

My son and I have been working for a couple of months since he is doing university schooling from home and Im doing Home Hemodialysis 3 x per week and quite tired after treatments so not alot of time to work on it. 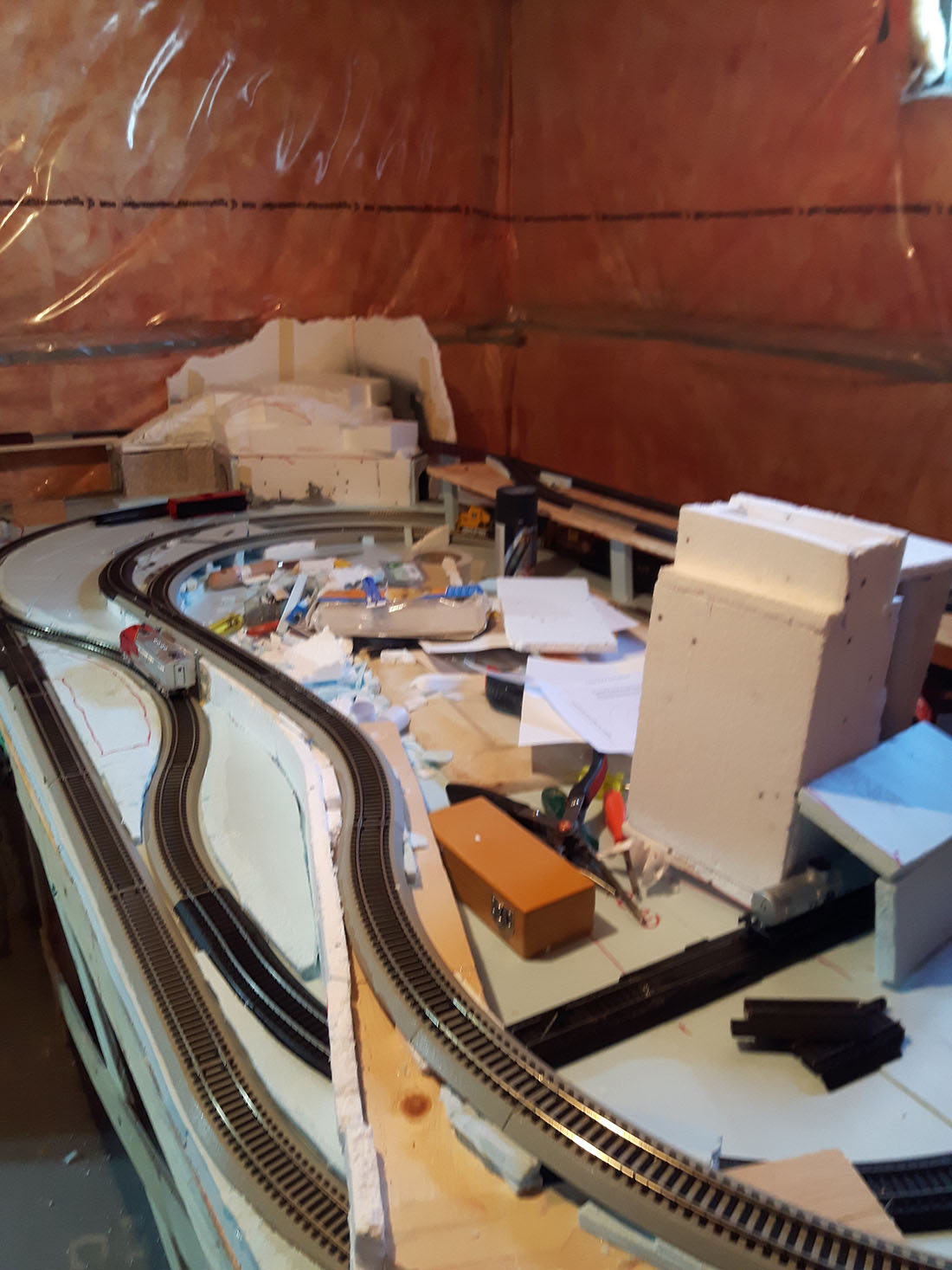 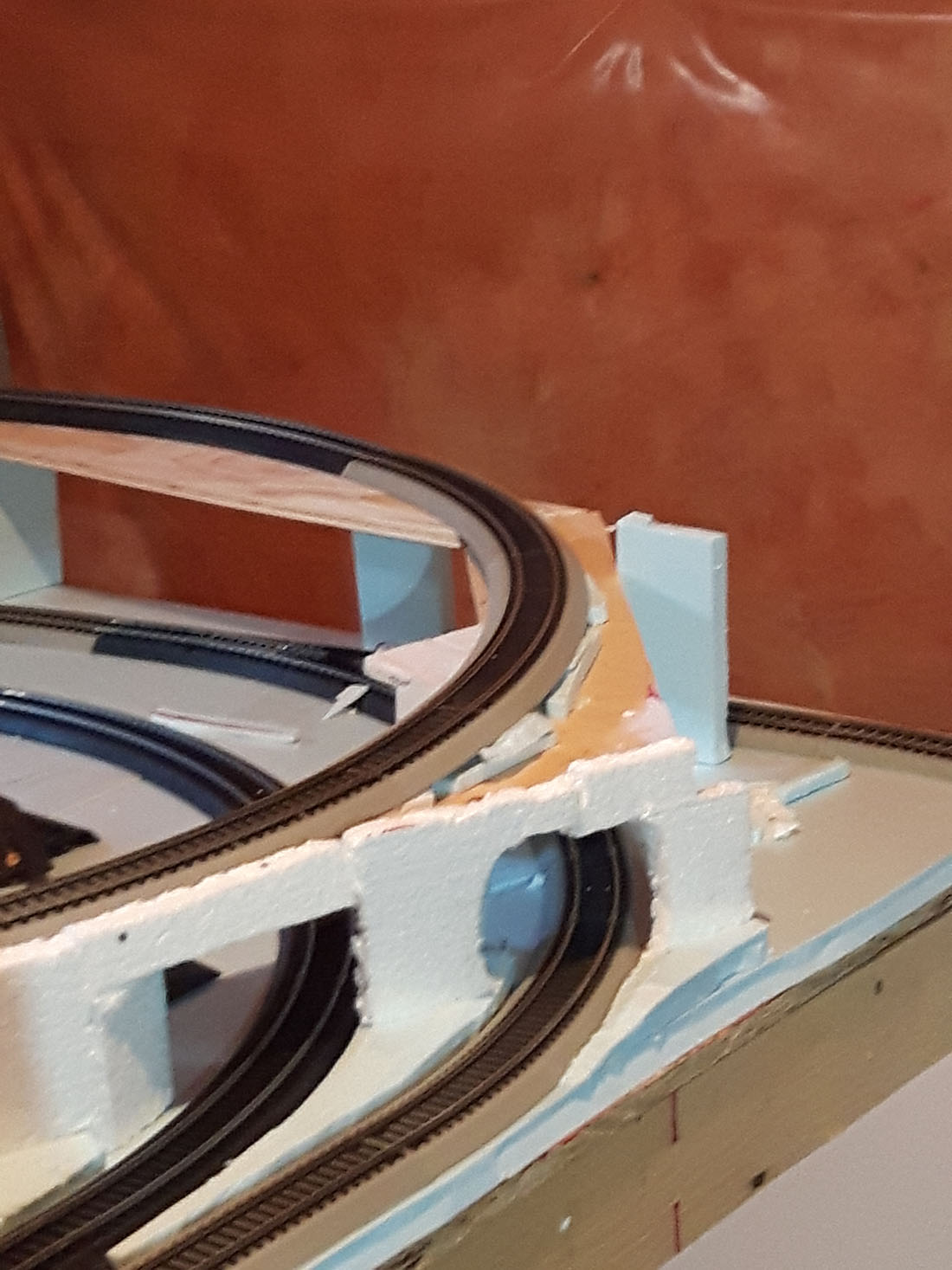 I know I keep saying it, but it’s so true: remember, it’s the start that stops most people.