Bill’s been back in touch with his HO scale model railroad:

Been a while since I sent anything in but now that life has settled down a bit I’m focusing back on modeling again.

I do want to start off by saying a big thank you to Al and his blog. A few years ago I was an arm chair modeler but I happened across Al’s posts and it got me out of my chair and back into the hobby. I haven’t missed a post since and always enjoy the modeling shared by everyone.

My wife thinks I went a little overboard as now I have the 4X16 HO switching layout and the 3X15 N scale layout and I’m in the planning stage of a 4.5X12 O and ON3O layout.

For the HO layout I have scenery basically finished and now I’m going into detail mode and will be weathering cars and engines and finishing up a variety of small projects. While it’s mostly done it’s never done and Ive been enjoying operating the layout.

I’m addition to the pictures I have a link for a recent video where I do a walk through of the layout and talk about things I learned and things I’d do different if I did it over which I’m not going to do. I think I’ll get a lot more enjoyment switching before I make any changes. 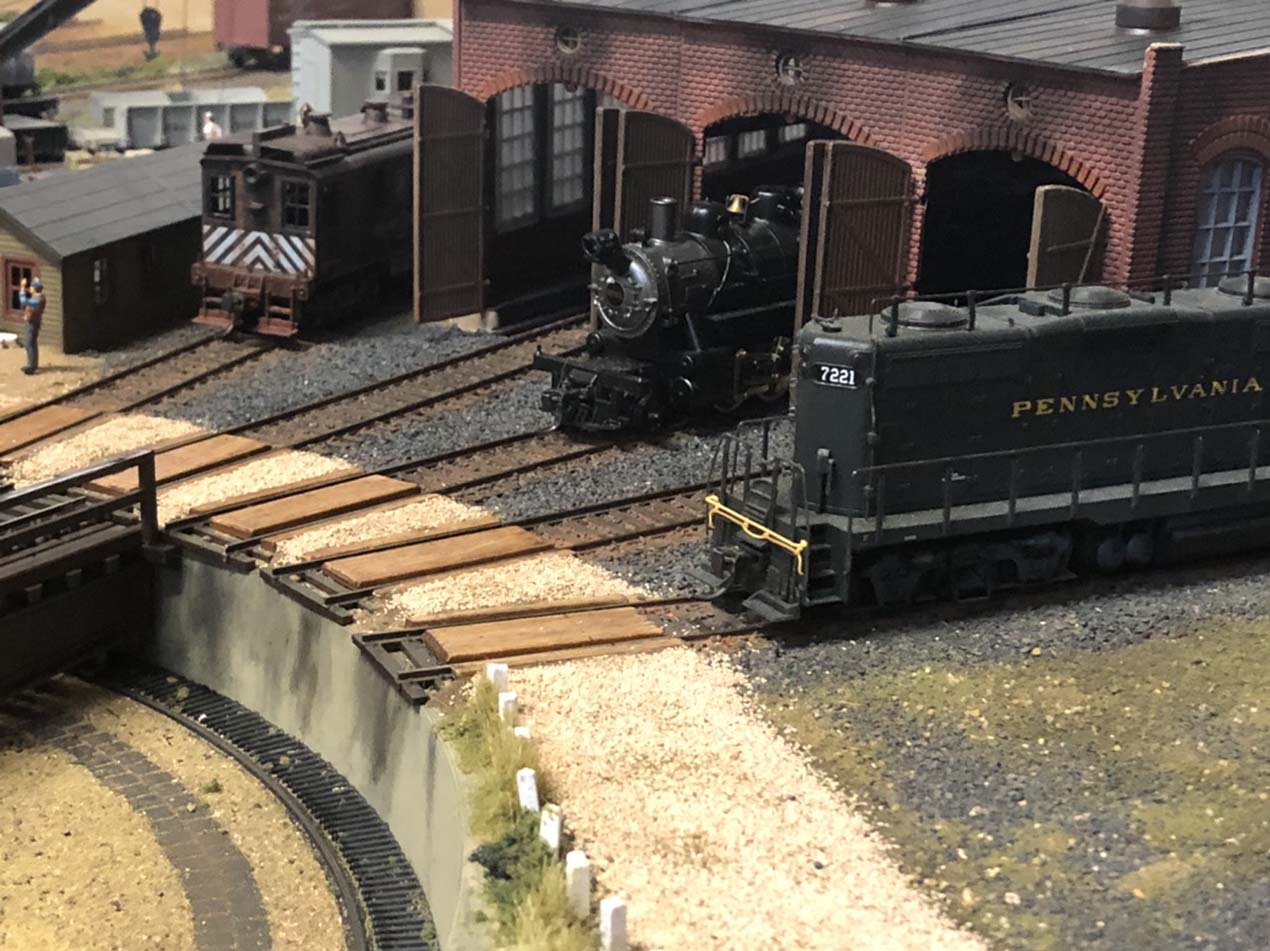 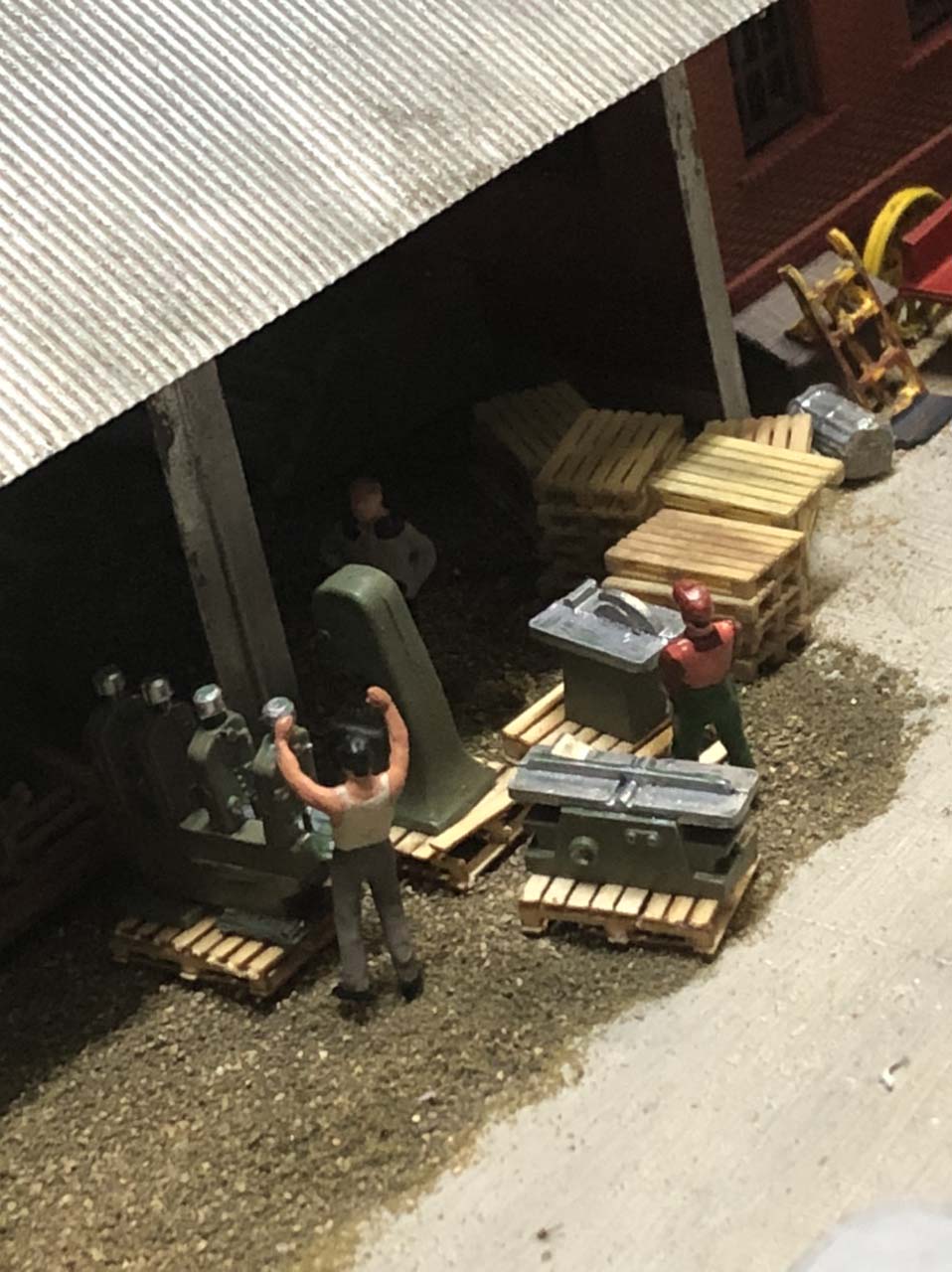 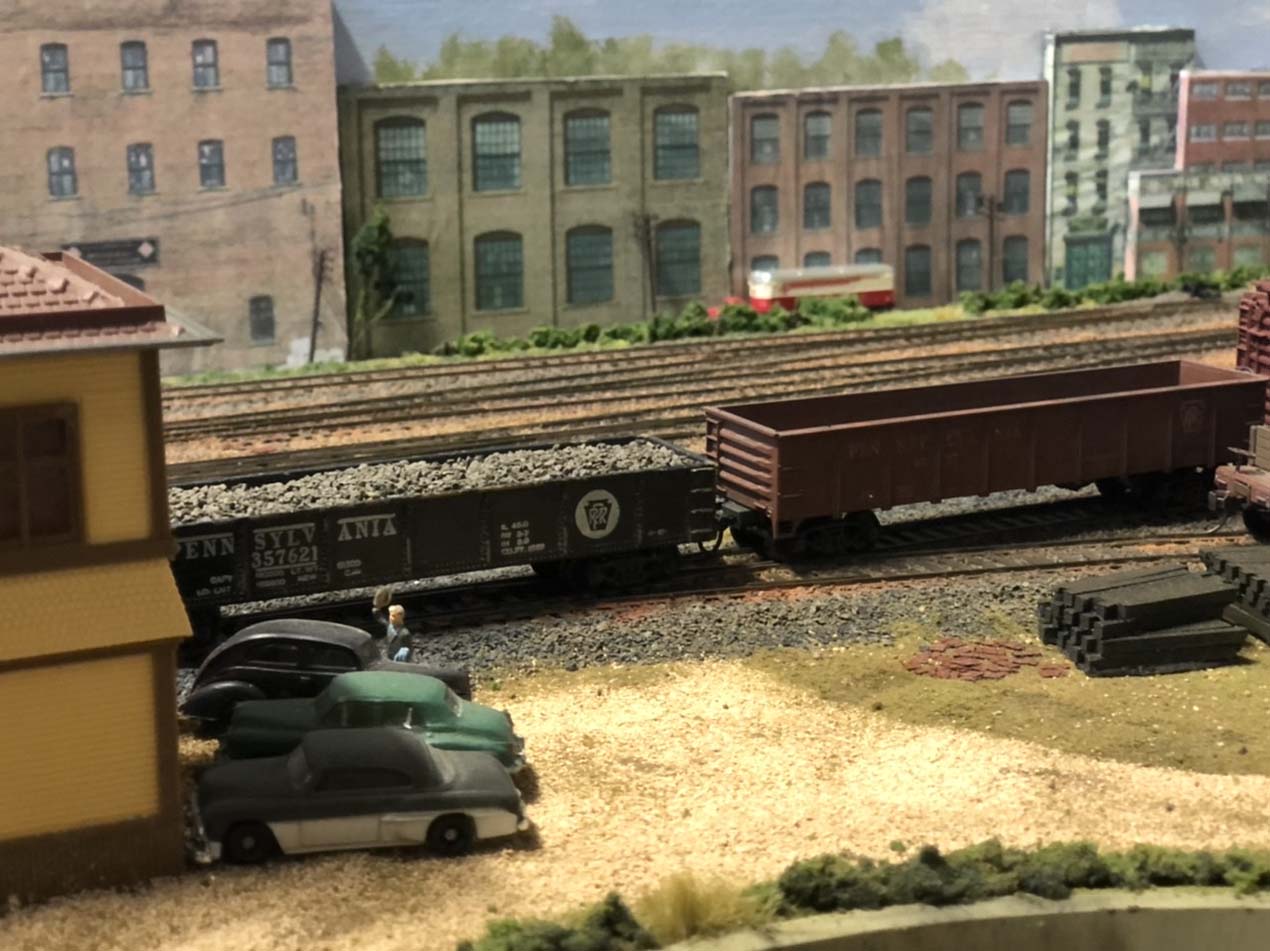 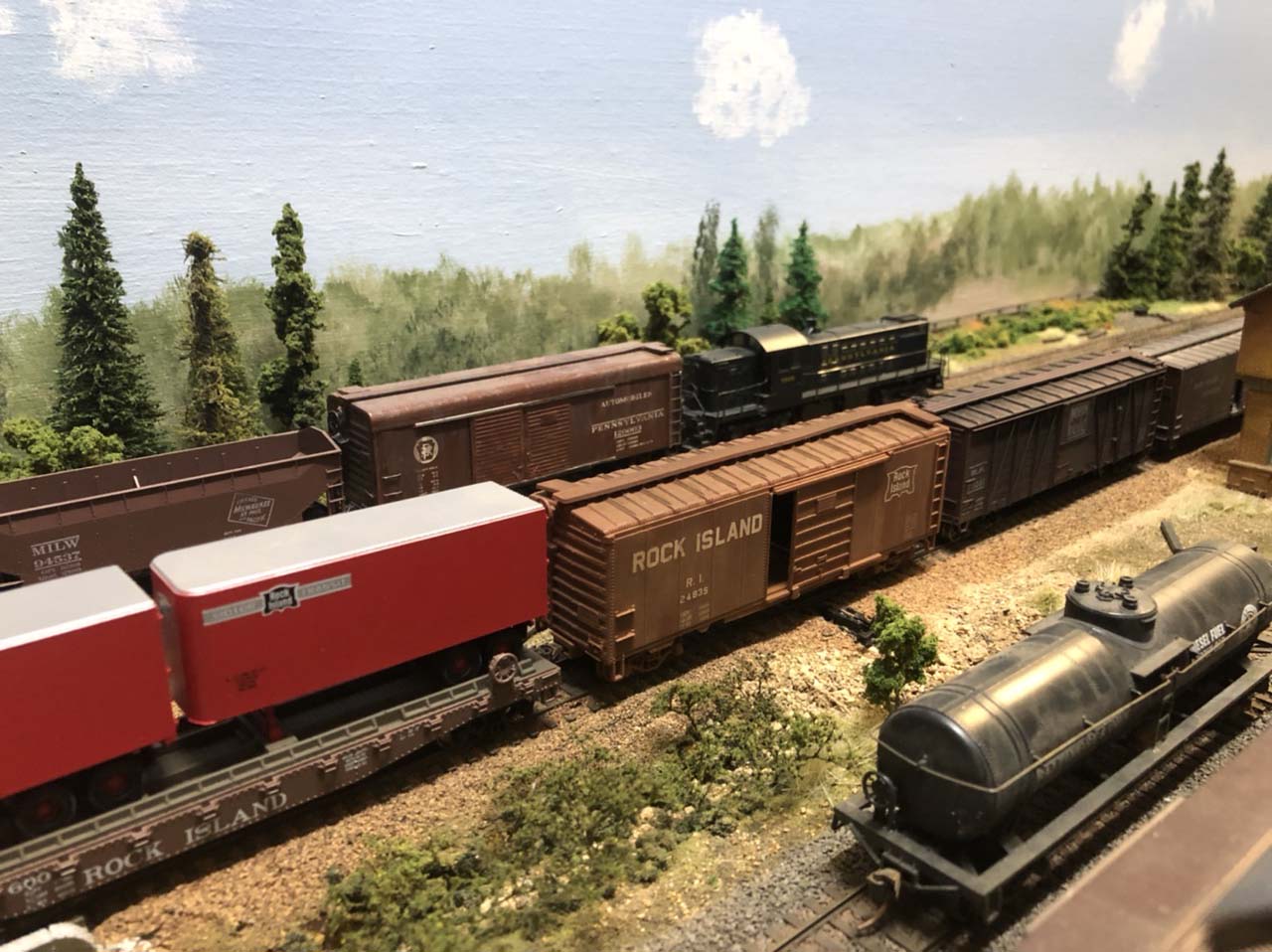 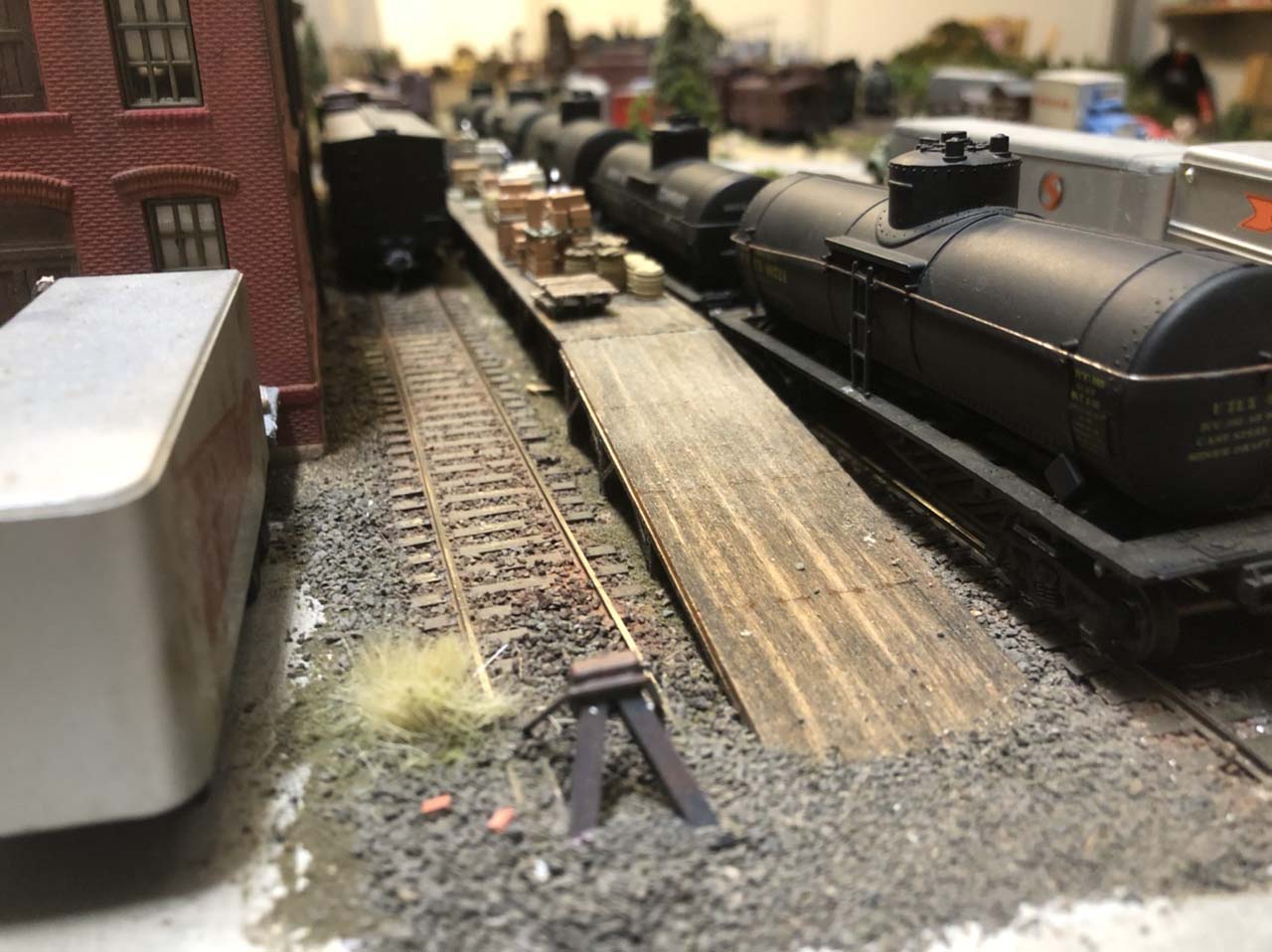 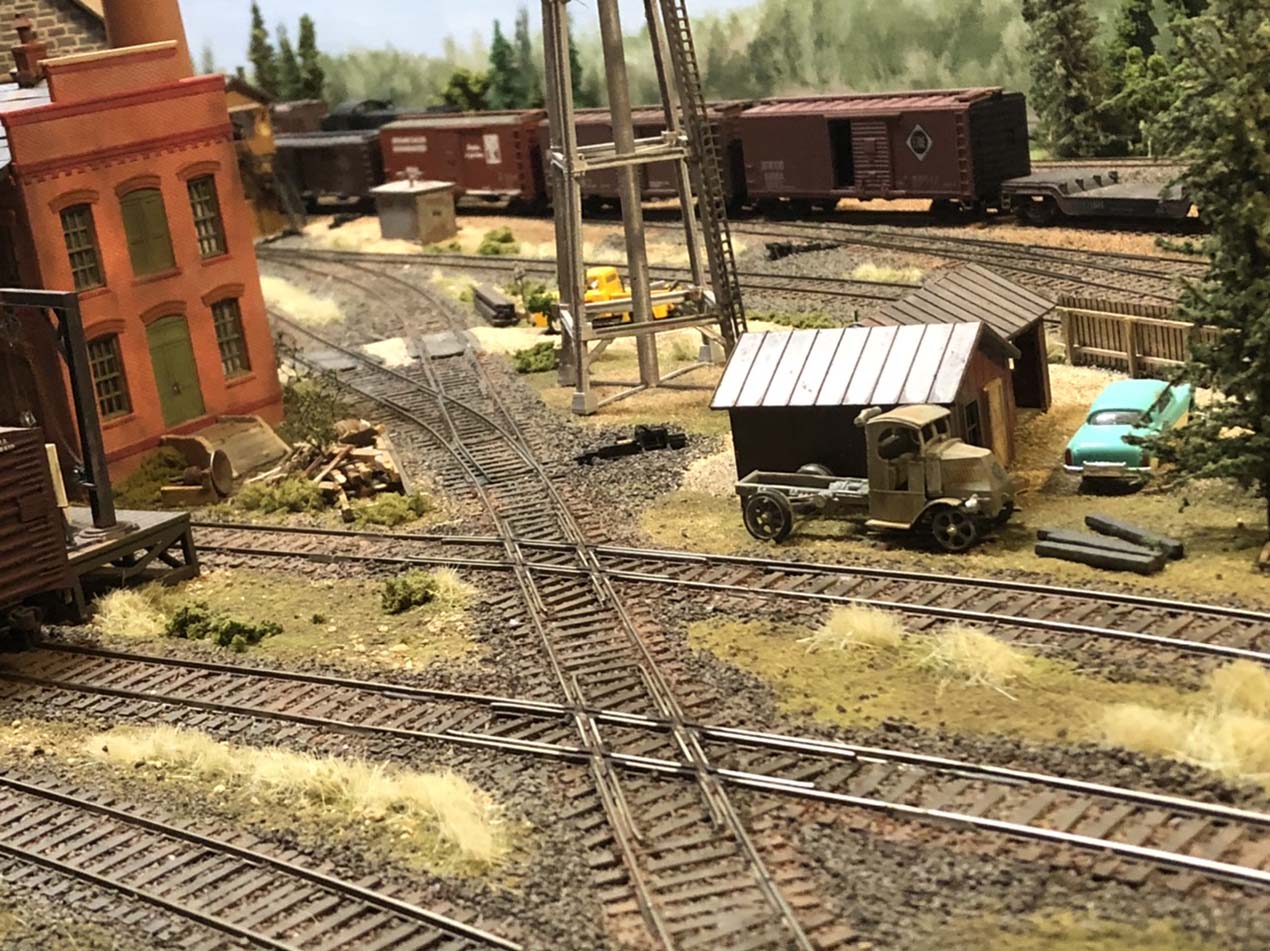 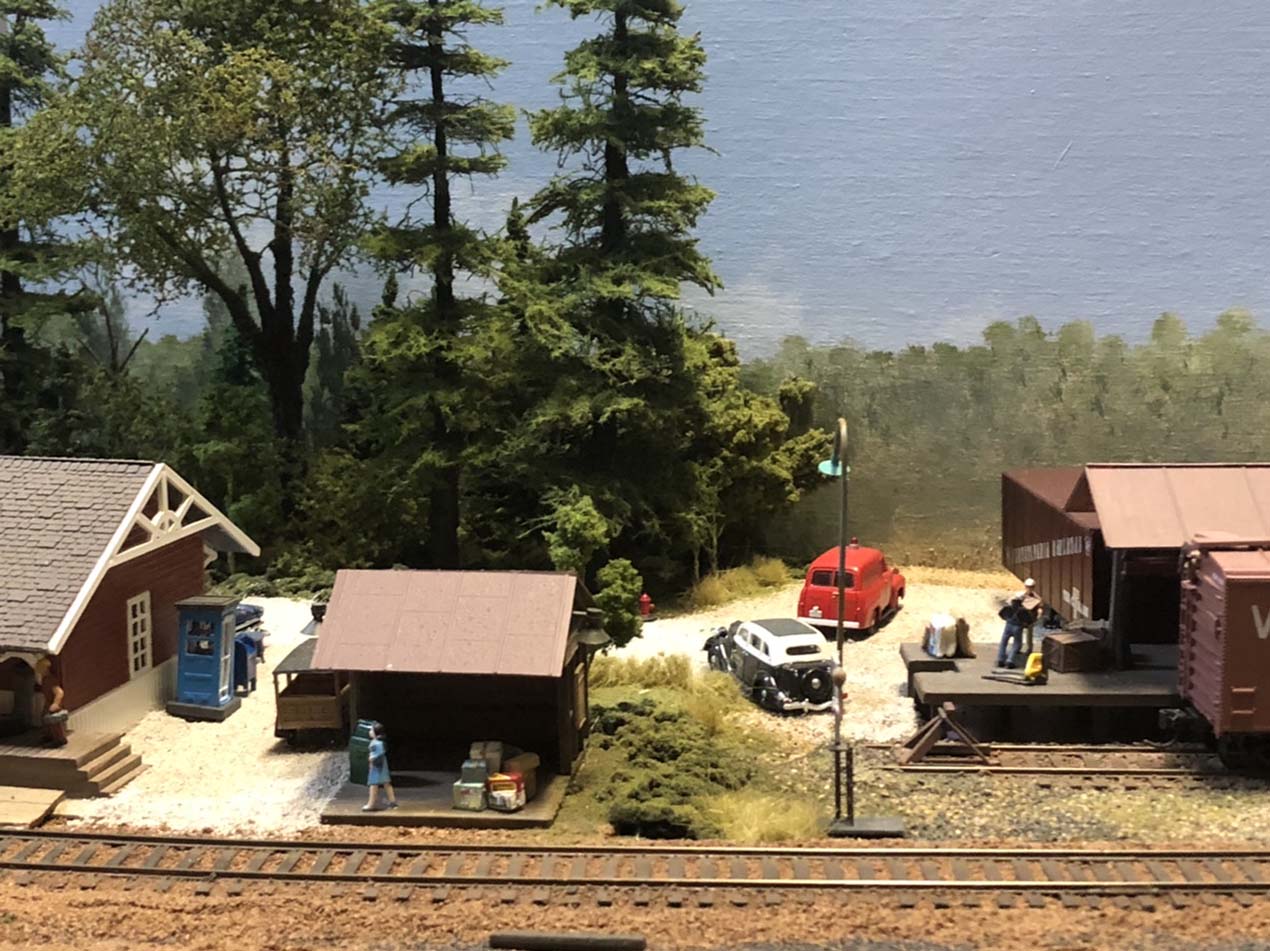 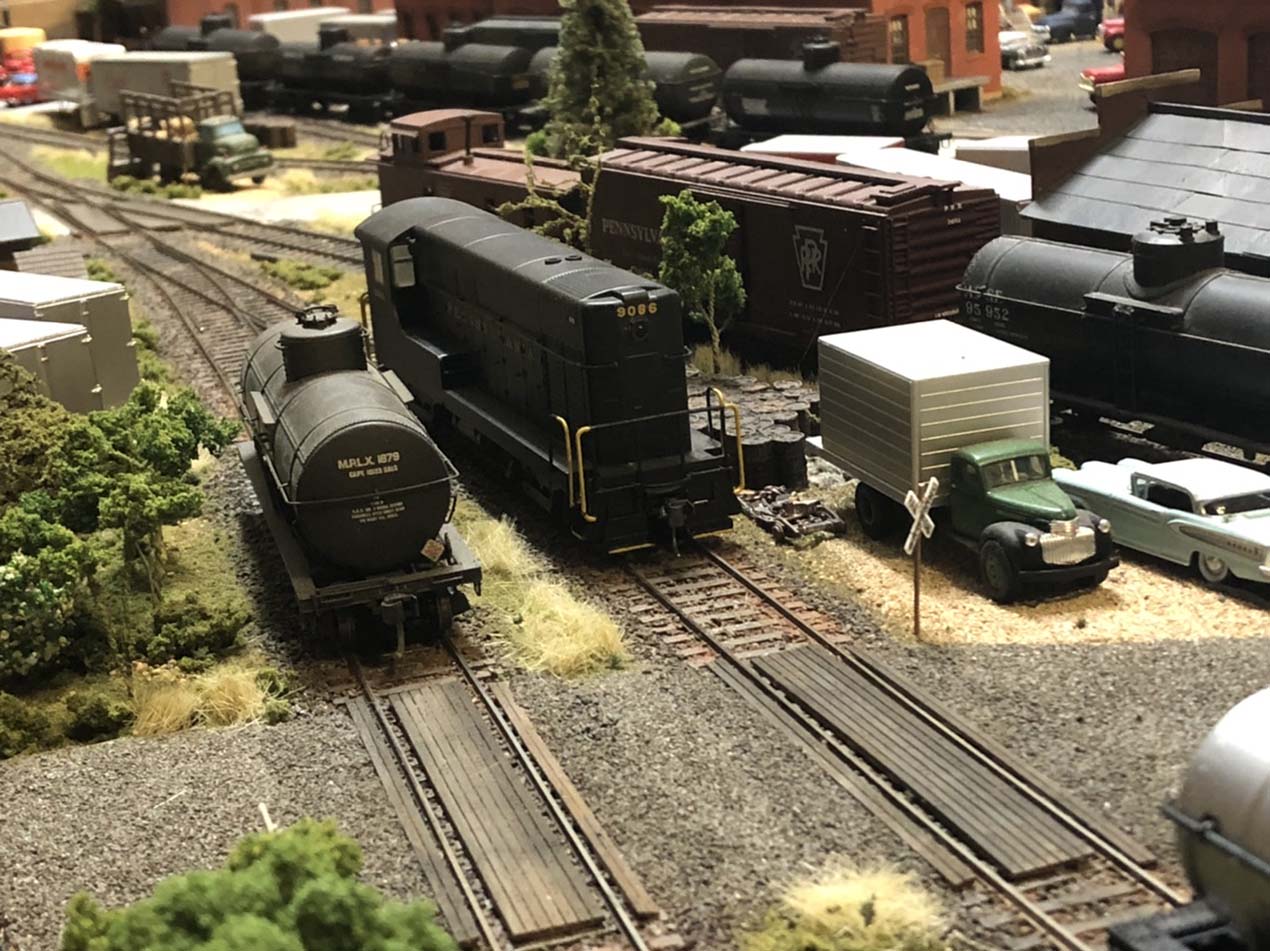 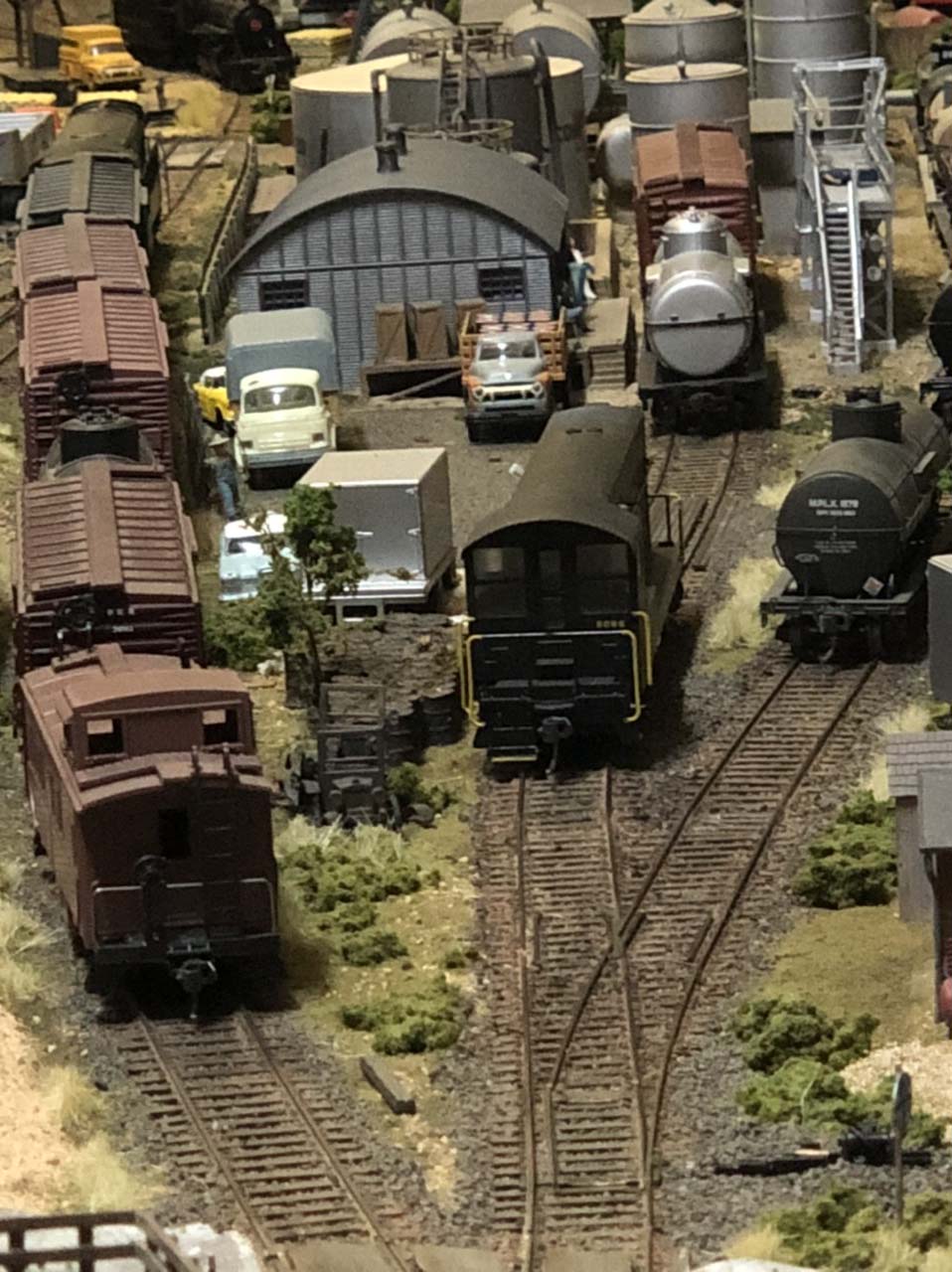 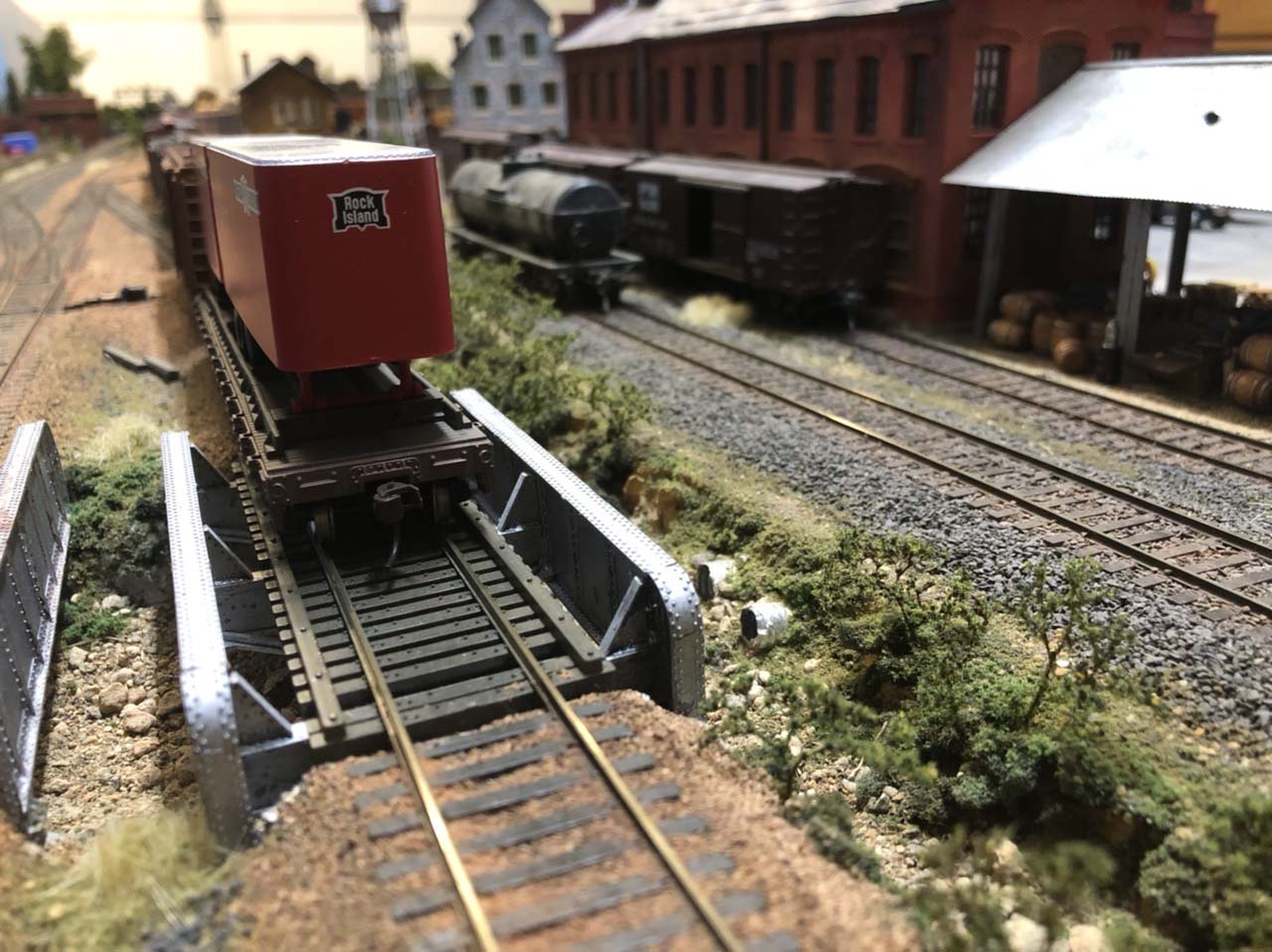 Love seeing Bill’s HO scale model railroad updates. Hope you enjoyed it as much as me.

Now on to Frank. Thanks to everyone who helped him the other day.

If you missed it, he was having problems with a reverse loop.

Trevor also kindly sent in this:

You actually have a simple problem seeing you are using DCC. Your module is a safe loop so no problem there. Unless I am badly mistaken you need the reverser on the module you are not showing with the insulated joiners on the turnout just by the edge of the board where the red lines are shown.

It will not matter then if the train comes off the other module wherever and which ever direction, the reverser will pick up a “short” and correct it for the next module
Make sure you insulate both rails in both directions at that one point. 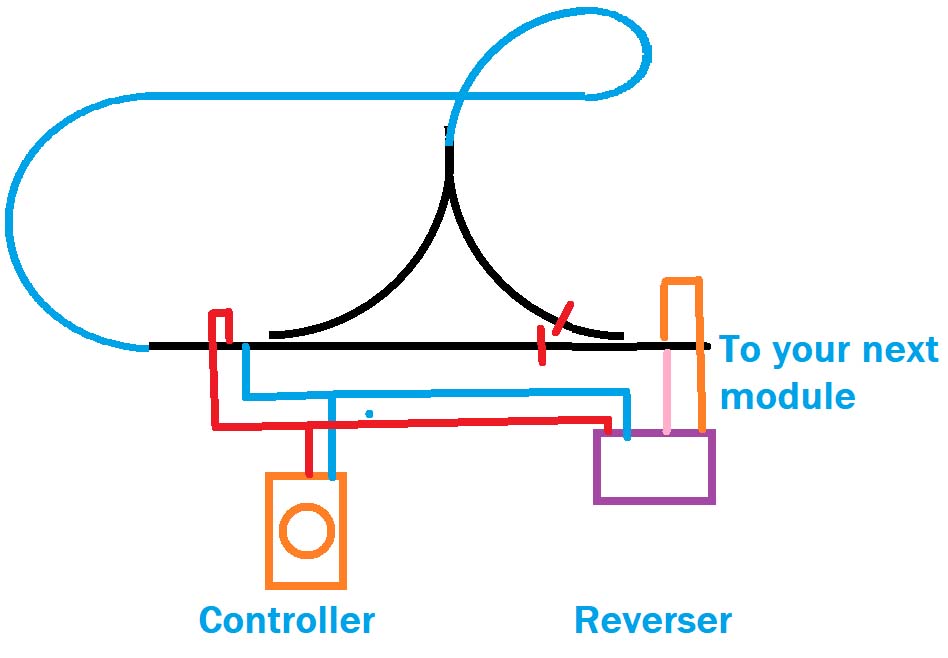 A huge thanks to Trevor and Bill.

And to think, he was an armchair modeler, until he decided to bite the bullet.

So if that’s you, why let everybody else have all the fun? You can grab the Beginner’s Guide here.