I seem to have too much stock, so my turntable fiddleyard is overflowing. So what to do? Well on the secondary branch of my layout there is a short tunnel which is a dead end.

Immediately inside there is a point dividing into two short tracks which can accomodate a diesel railcar and an auto train. So what if I open up the other end of the tunnel and create a second lower level fiddleyard?

Well that is what I did, and although not completely finished I thought you might find the pictures of interest. I had to move all the stock to the other end of the layout, hence the empty turntable. There is quite a steep incline to the lower yard so only short trains could be used, but there are 3 longer storage roads.

Another thing I would like to mention is that sometimes steam railway magazines feature old railway buildings and some of the pictures would make excellent additions to backscenes, see photo. I have used one myself but I cut out any that may come in useful in the future.

Lastly, I do prefer manually operated points. Electric ones are sometimes necessary and indeed I have several, but if possible I try to operate them manually. If a problem arises, is it the motor, the switch or the wireing? If it’s mechanical, you can see the problem. The last picture shows two methods I use.

The first is if you can use the hole in the tie bar where the motor arm would fit. I sometimes use a straightened out paper clip then bend to an L shape after cutting to length. I solder that into the end of a small copper tube, which is then secured to the underside of the baseboard using P clips or even a chock block (electric junc connector)

The second method is if for some reason you cannot access the tie bar hole. Flatten the end of a copper tube & drill a hole to fit over the lug on the tie bar. If it’s possible to place the tube on the surface (you can disguise it by various means), then it’s easily secured by P clips. But if it has to go underneath it’s a little more involved. It may be necessary to join 2 tubes together. You will have to drill a hole next to the tie bar large enough to allow lateral movement of the operating arm . The tube has to be bent to an S shape and fitted through the hole and then secured to the underside of the baseboard. Again, you can disguise the hole with foliage or something.

I hope the above will be of some use to all your followers. 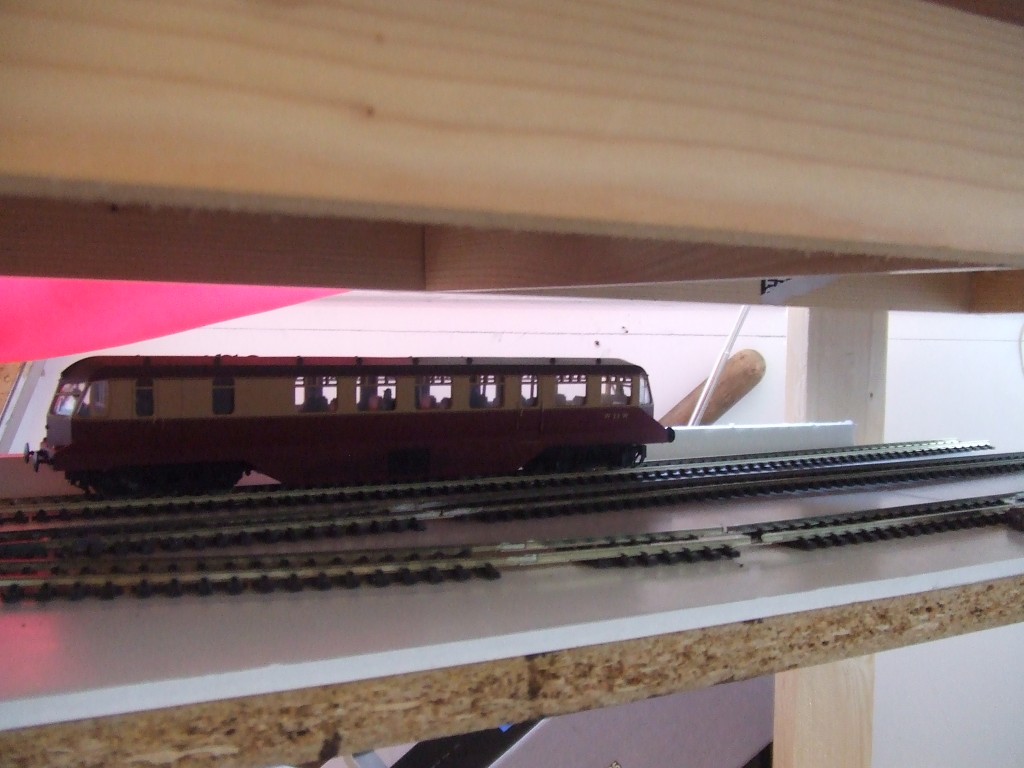 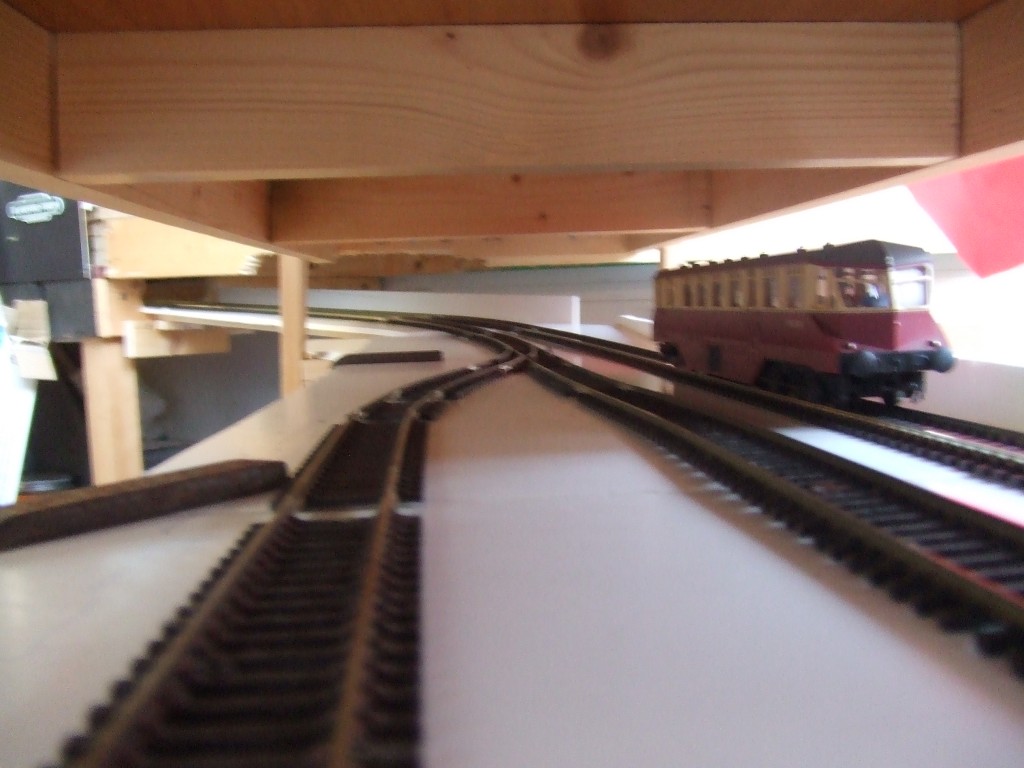 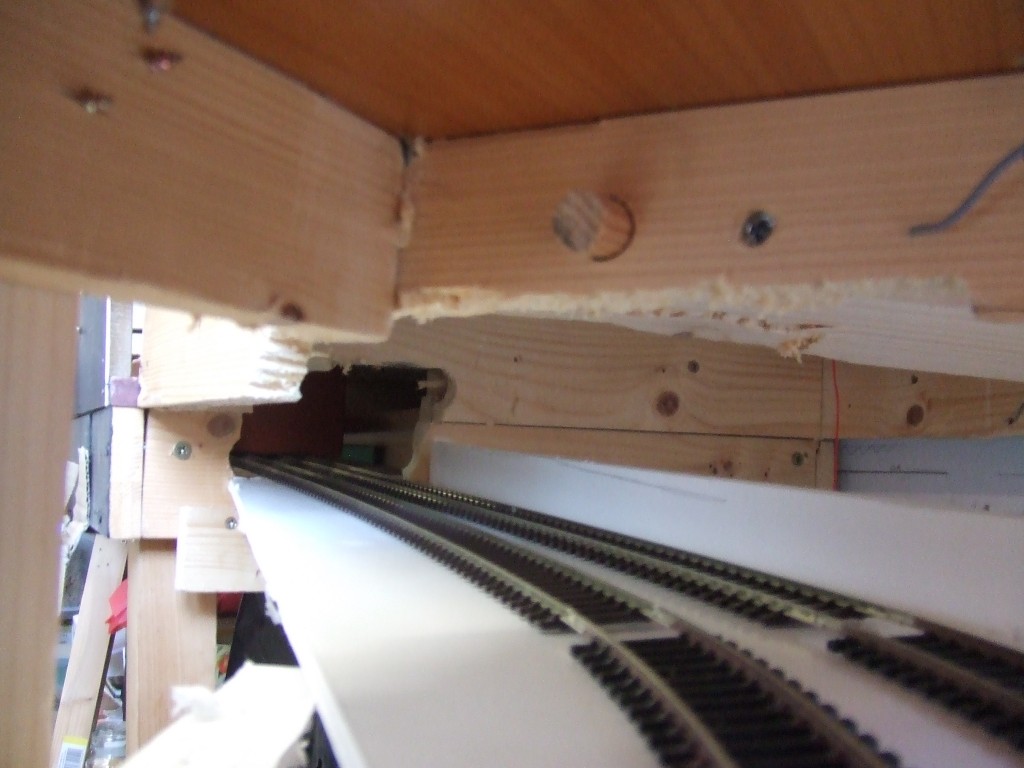 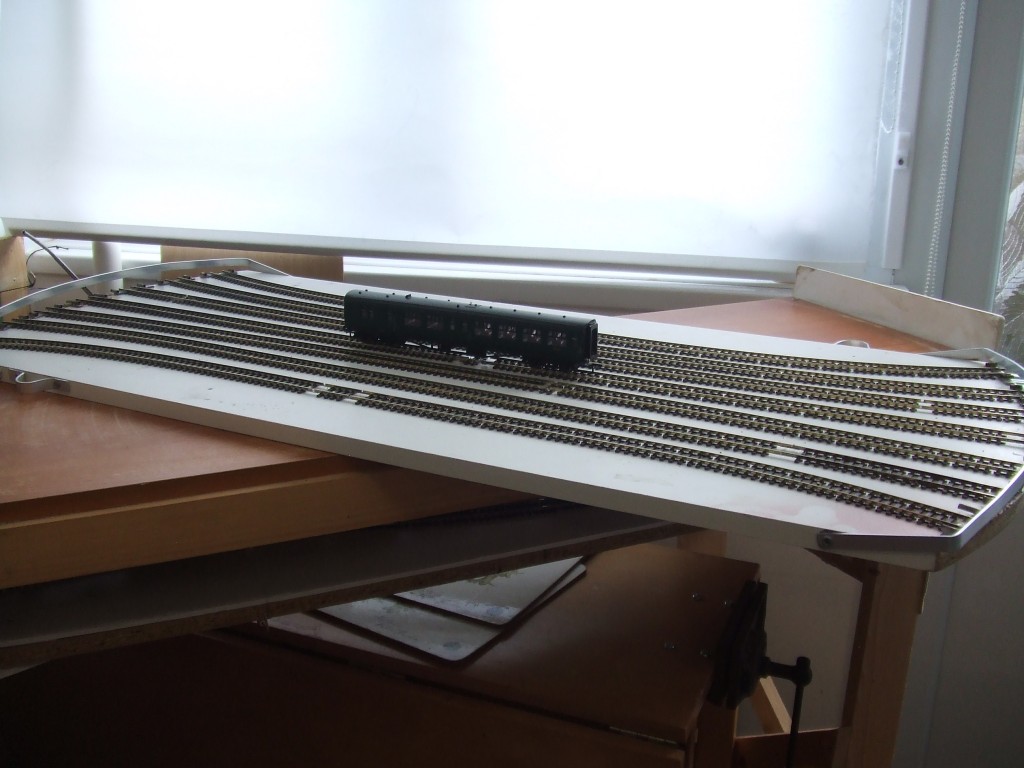 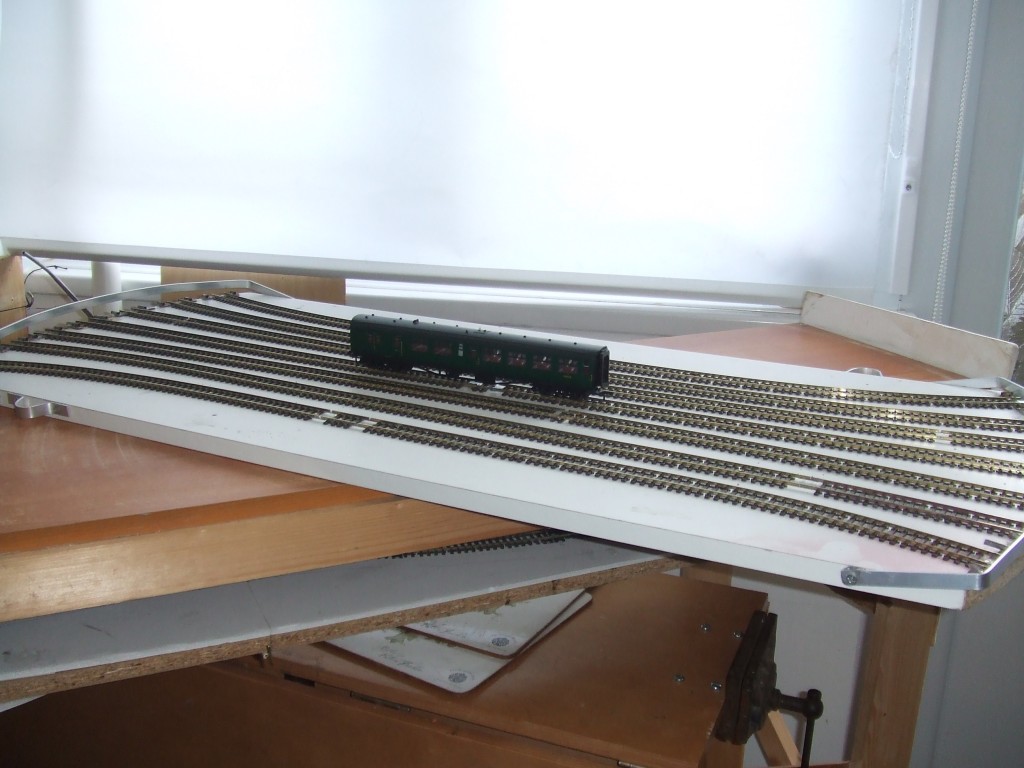 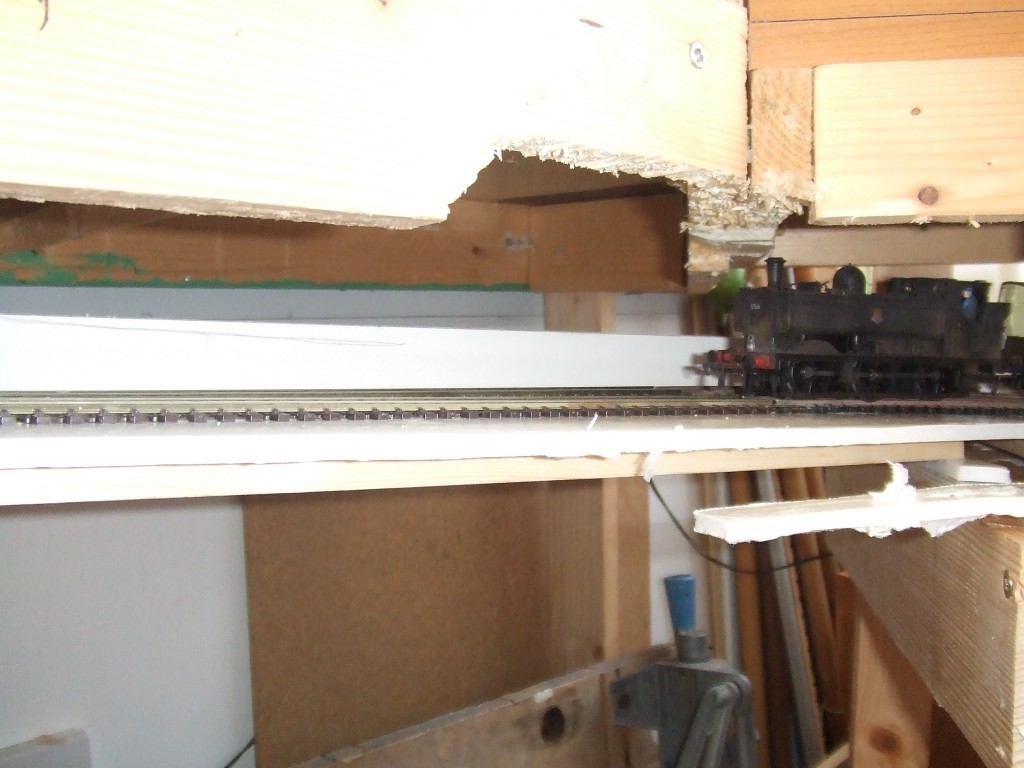 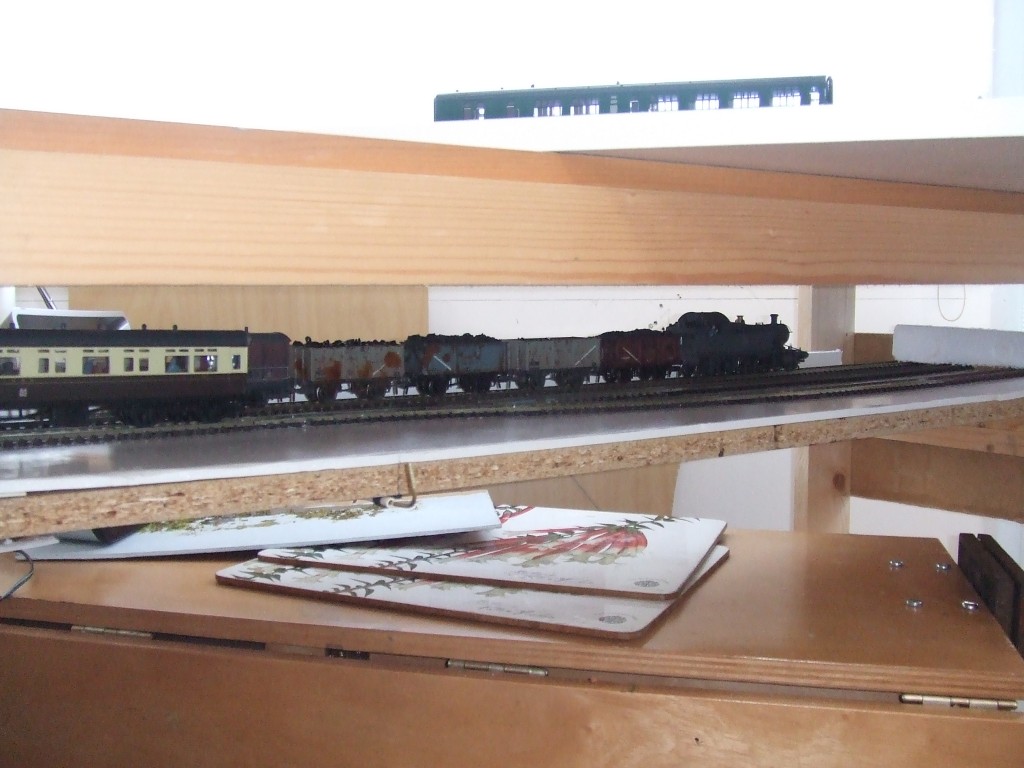 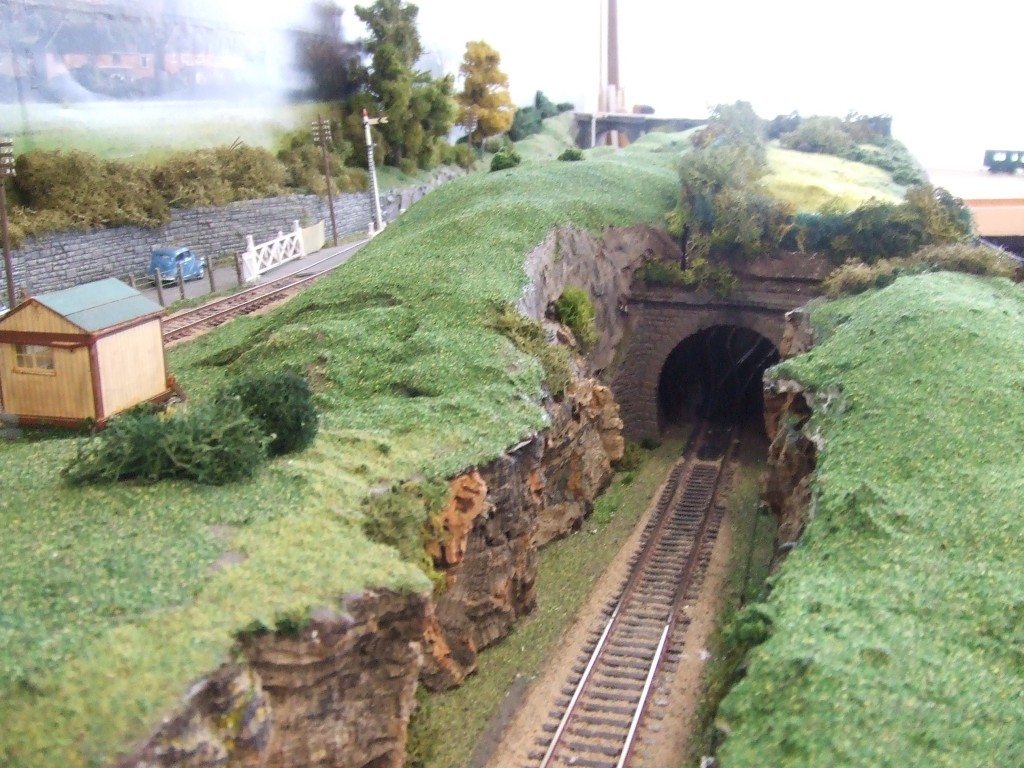 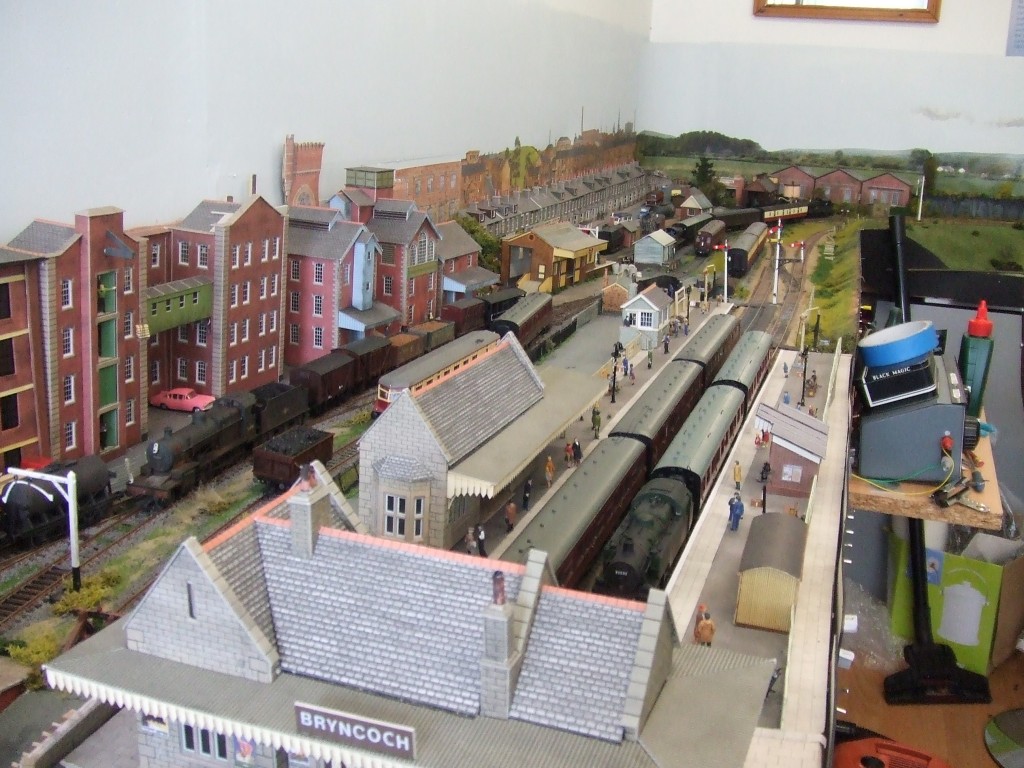 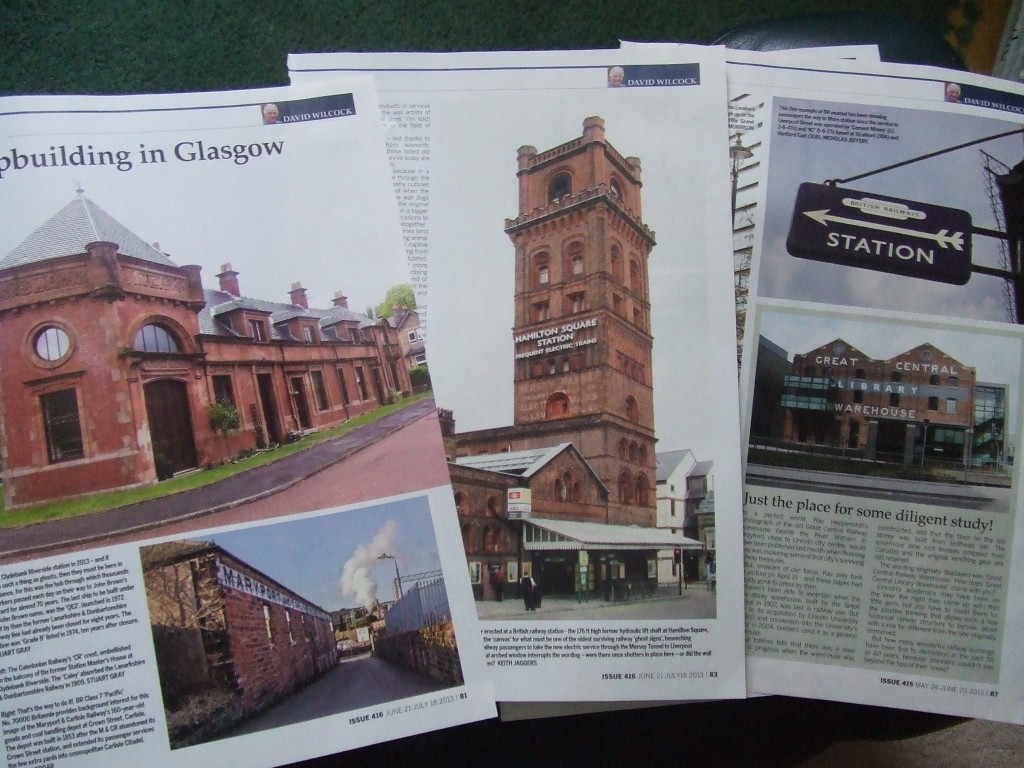 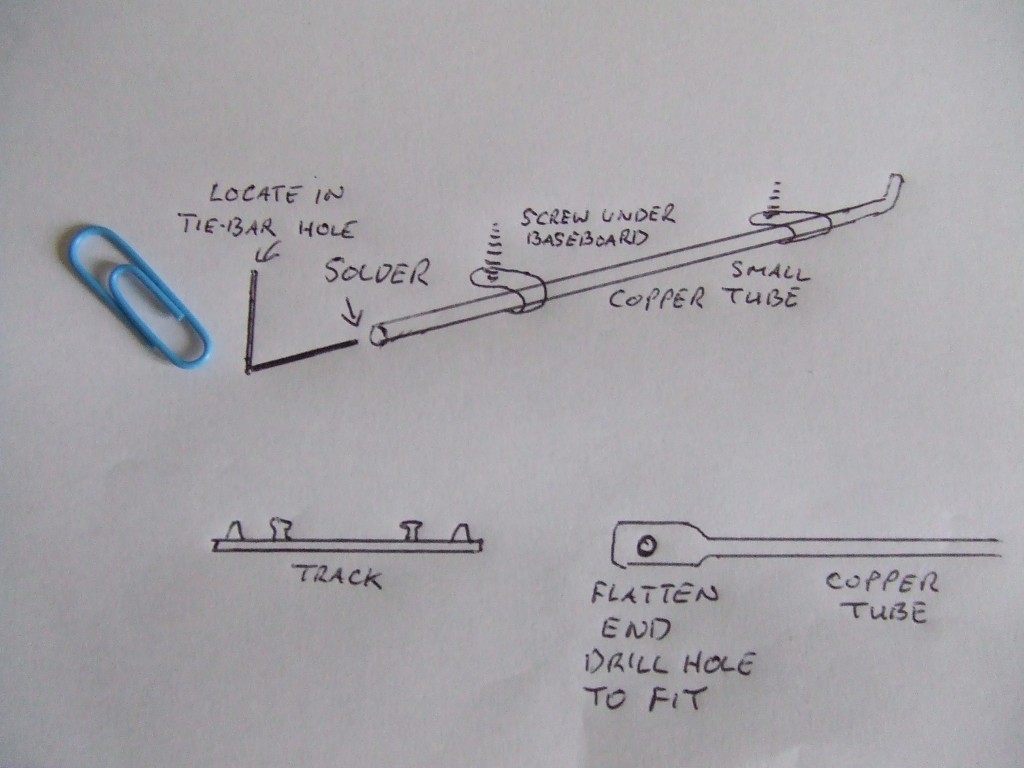 I do love seeing how people solve their layout issues. A very ingenious idea from Alan.

That’s all this time, folks. Your latest ebay cheat sheet is here.

27 Responses to Alan makes more room for his layout