This project was started when I lost the control of my “Train Room” small as it was.

So I decided to try the garden after watching the wonderfull series of Garden Railway’s by Mark found.

The idea is to construct several modular base boards place them on 40mm dia pvc drain pipe and bury them into the ground.

Hopefully I will be able to source plants which will grow under the base boards to give a nice green background for the trains to run through. 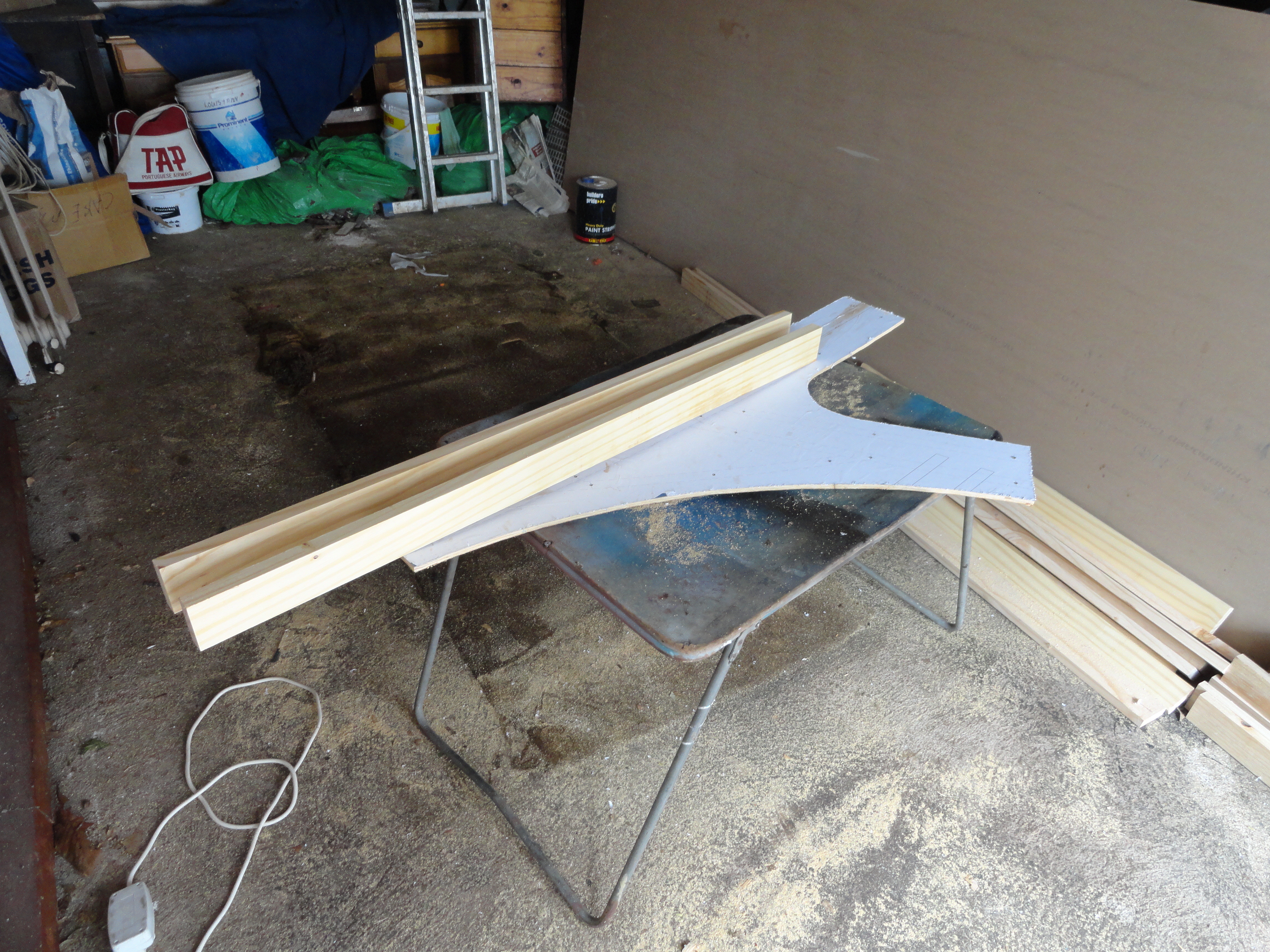 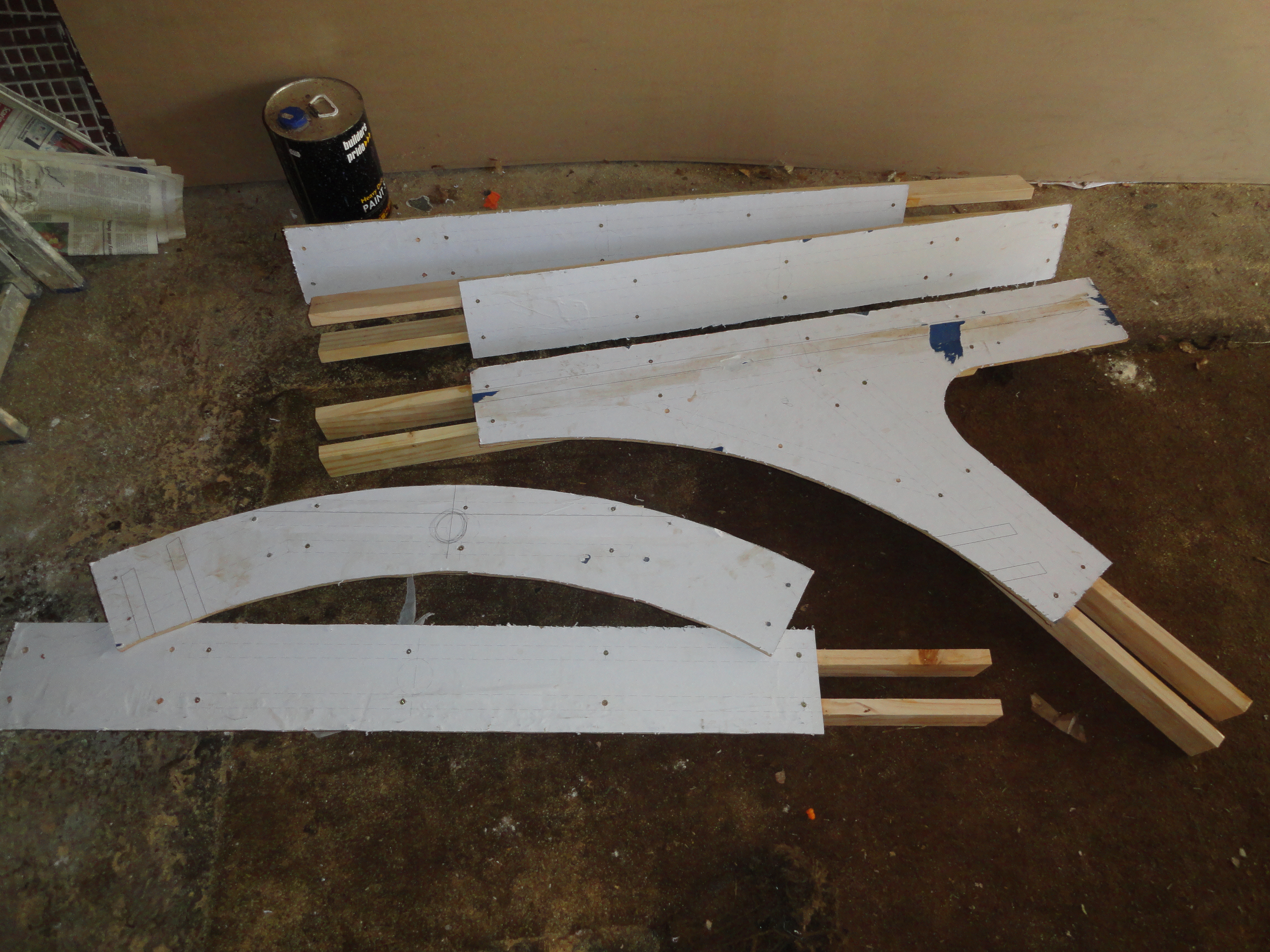 And now on to the main event. Every now and then a jaw dropping layout comes in. Like Mark’s. Here it is:

“Hi Al. Thanks for the kind words. Here is some more info. Feel free to edit it for size and reader interest.

The layout, physically located in the Las Vegas, NV area is a freelance fictional short line RR “Sweetwater & Thunder Mountain” which shares track rights with the Union Pacific, Southern Pacific and Western Pacific Railroads. The time frame is roughly from the 30’s & 40’s which allows Steam operation through approximately the late 70’s for medium Diesel Power (depending on what I feel like running at different times) The inspiration comes from the Sierra Nevada Mt. Ranges along with the Alaska RR. Lots of tunnels, bridges, granite rock, trees, vegetation, sheer cliffs etc. It has five major towns, Sweetwater, Eagle Mt., Sheridan Yards, Thunder Mt (which is the connecting point to Dunsmuir, CA) Boyd City (hidden) and several whistle stops – Red Rock Station and Camp Carroll. There is an operating turntable and roundhouse in the SW Yards.

The layout is in an area approximately 22’ x 20’ which includes the workshop area. The construction is open grid with risers starting at 4’ and rising to 5’ for track and just over 6.5’ total for scenery. It is basically an around the wall scheme with a free standing 4’ wide peninsula which allows operators to “walk the canyon”. The scenery is all done using plaster cloth over pillows of newspaper and using real rock from my back yard along with some molded and rubber rock. There is one elongated helix and one standard helix both hidden under mountains. Our favorite saying here is “What happens in the Helix, stays in the Helix”.  However, I do have emergency access. I have some guys over and we can actually run timetable operations with a full passenger service in about 6 hours Fast Clock Time or 1 hour real time.

Electrically, there are five control panels located in strategic areas so local switching can be accomplished along with mainline passenger and freight service. Nickel-silver, code 83 rail is used throughout with a minimum 18” radius (this fits the smaller wheel base equipment timeframe) All turnouts are electrically thrown using Tortoise machines and most coupling/uncoupling is done with under track magnets. Control is accomplished using North Coast Engineering, is all radio controlled DCC with hand held throttles. 98% of all motive power is DCC and Sound equipped.

One really cool feature is that the Sweetwater Yards are designed to not only function as an operating yard, but can also be used as a John Allen inspired “timesaver switching puzzle” You’d be amazed at how moving 4 boxcars around into proper locations with a stopwatch running and bring grown men to their knees with exhaustion! Model Railroading is FUN! 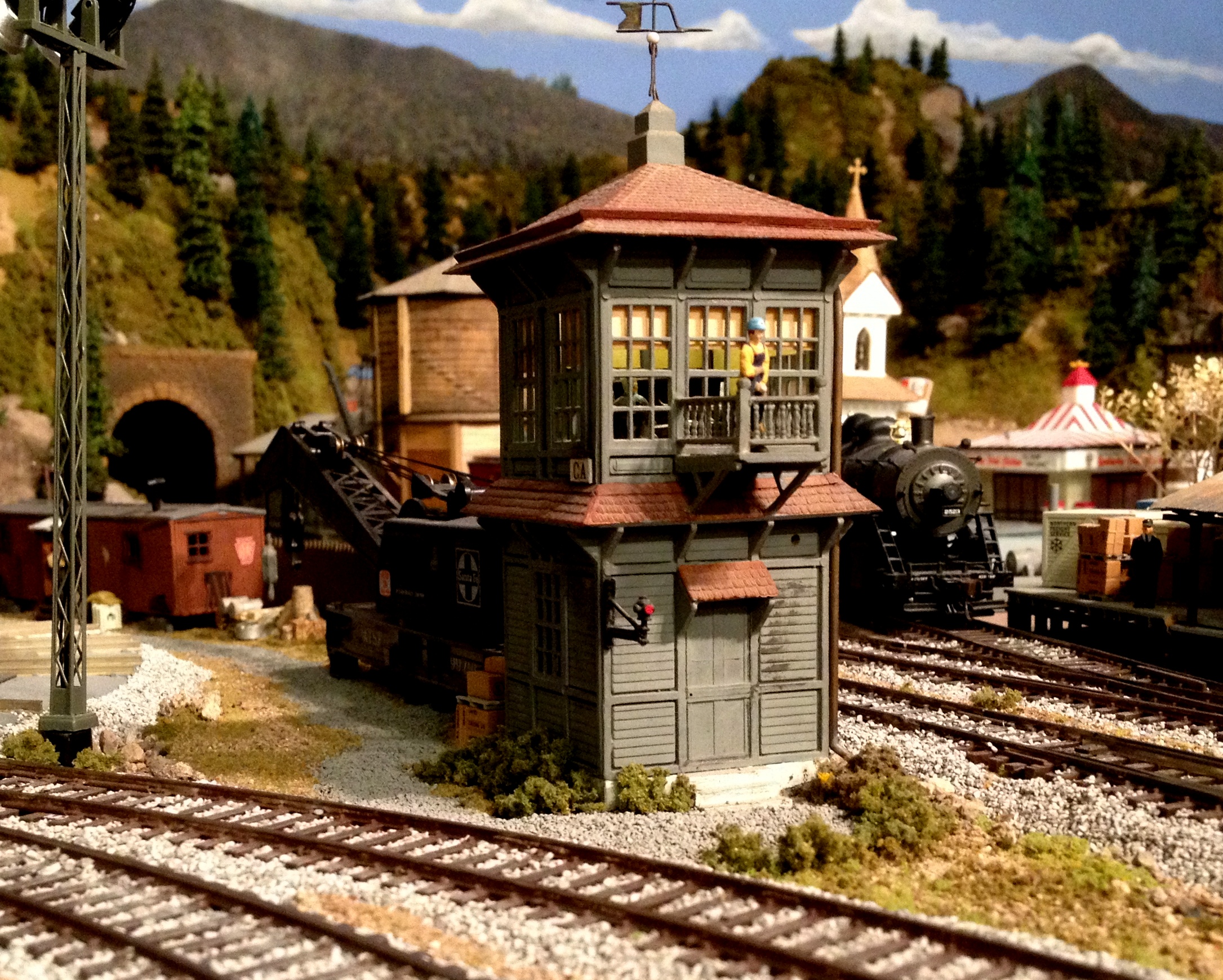 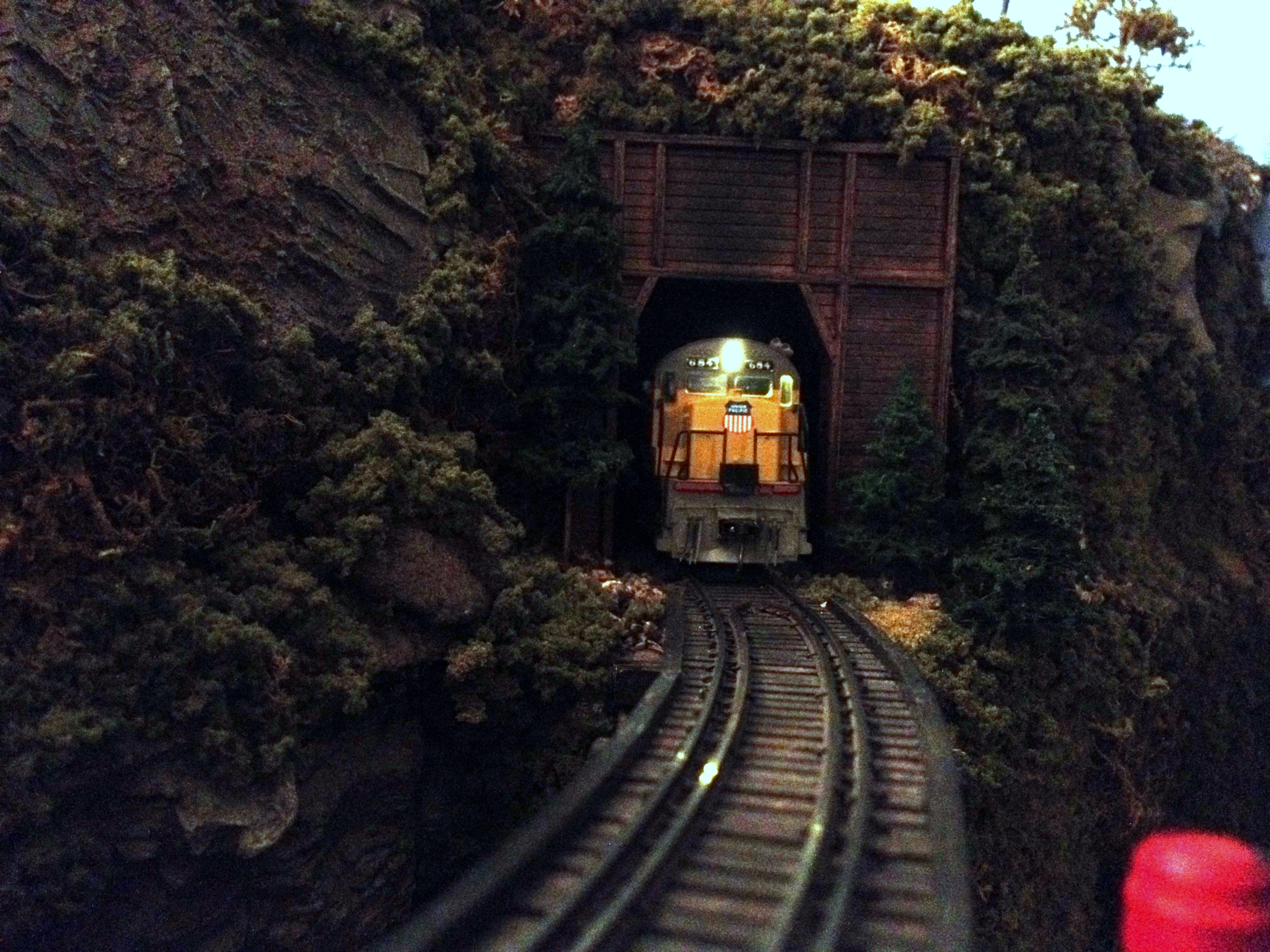 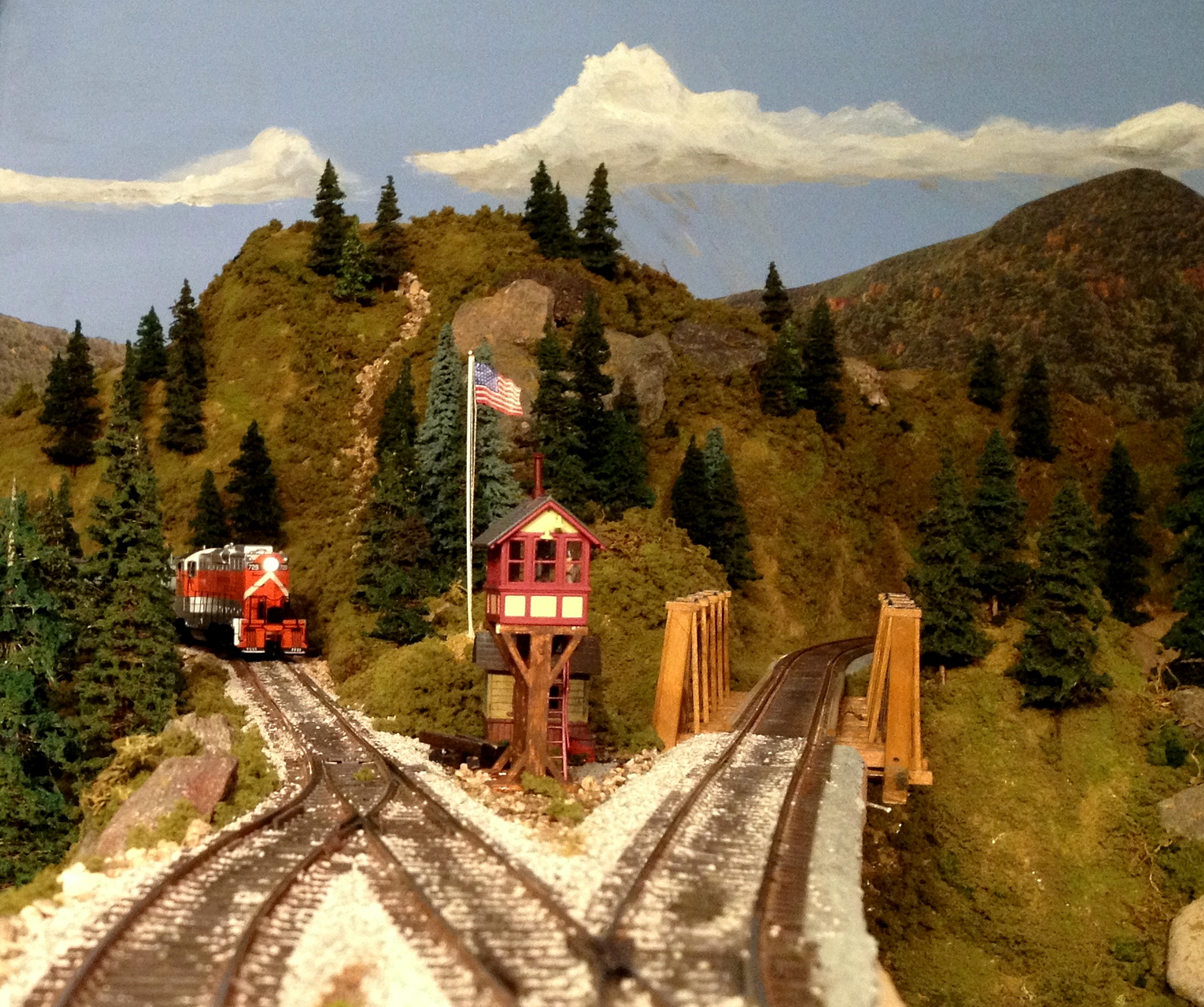 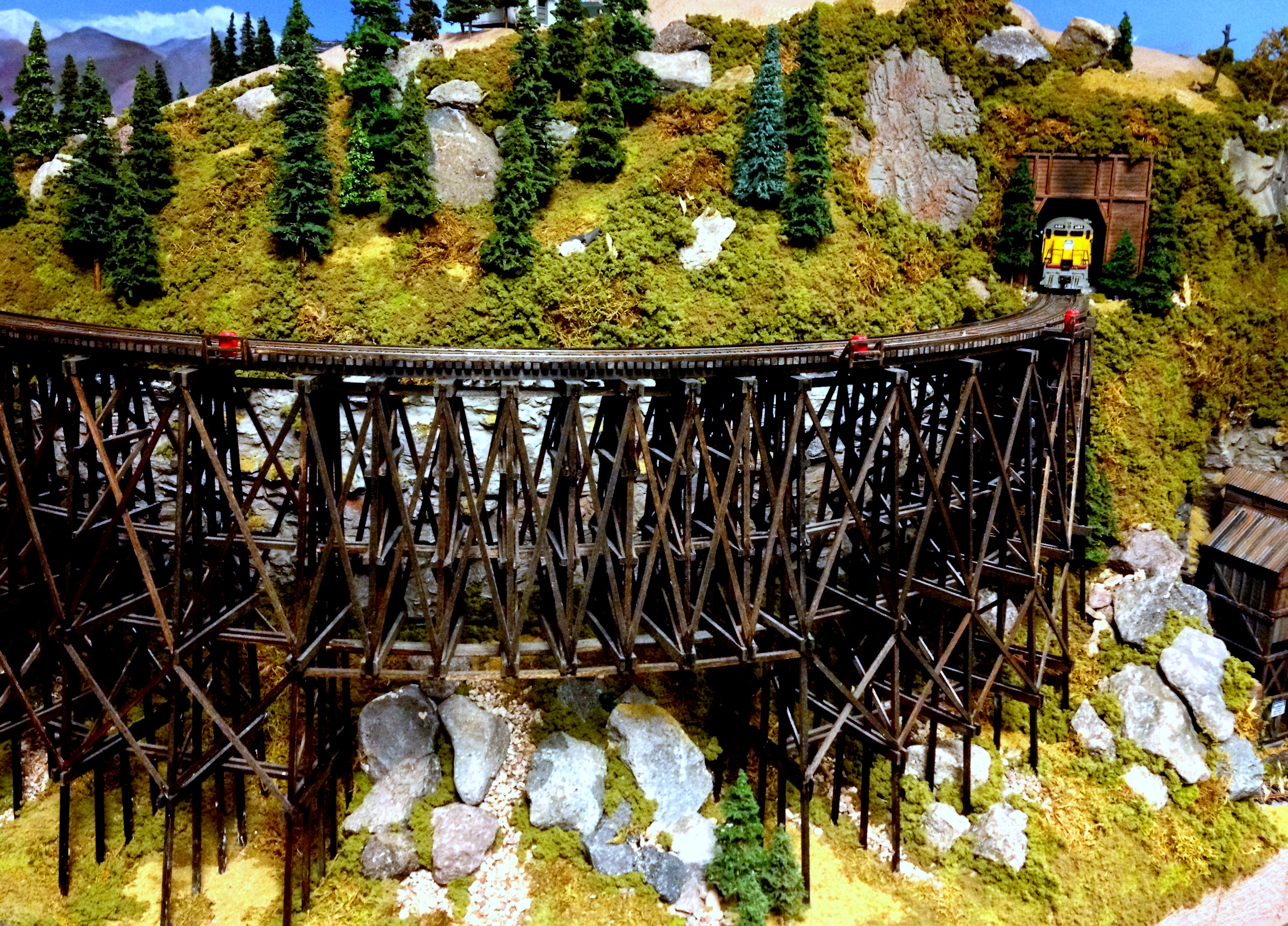 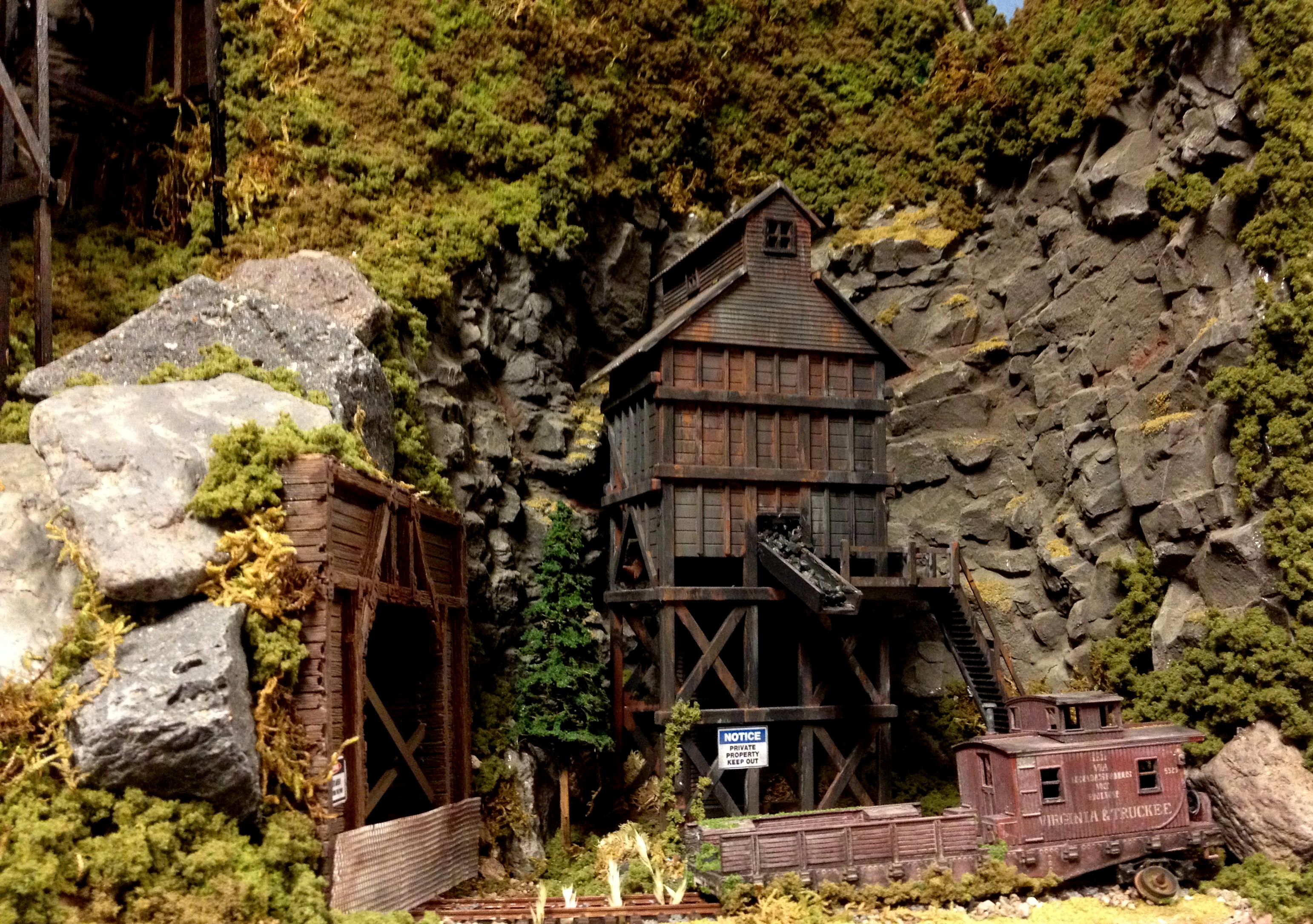 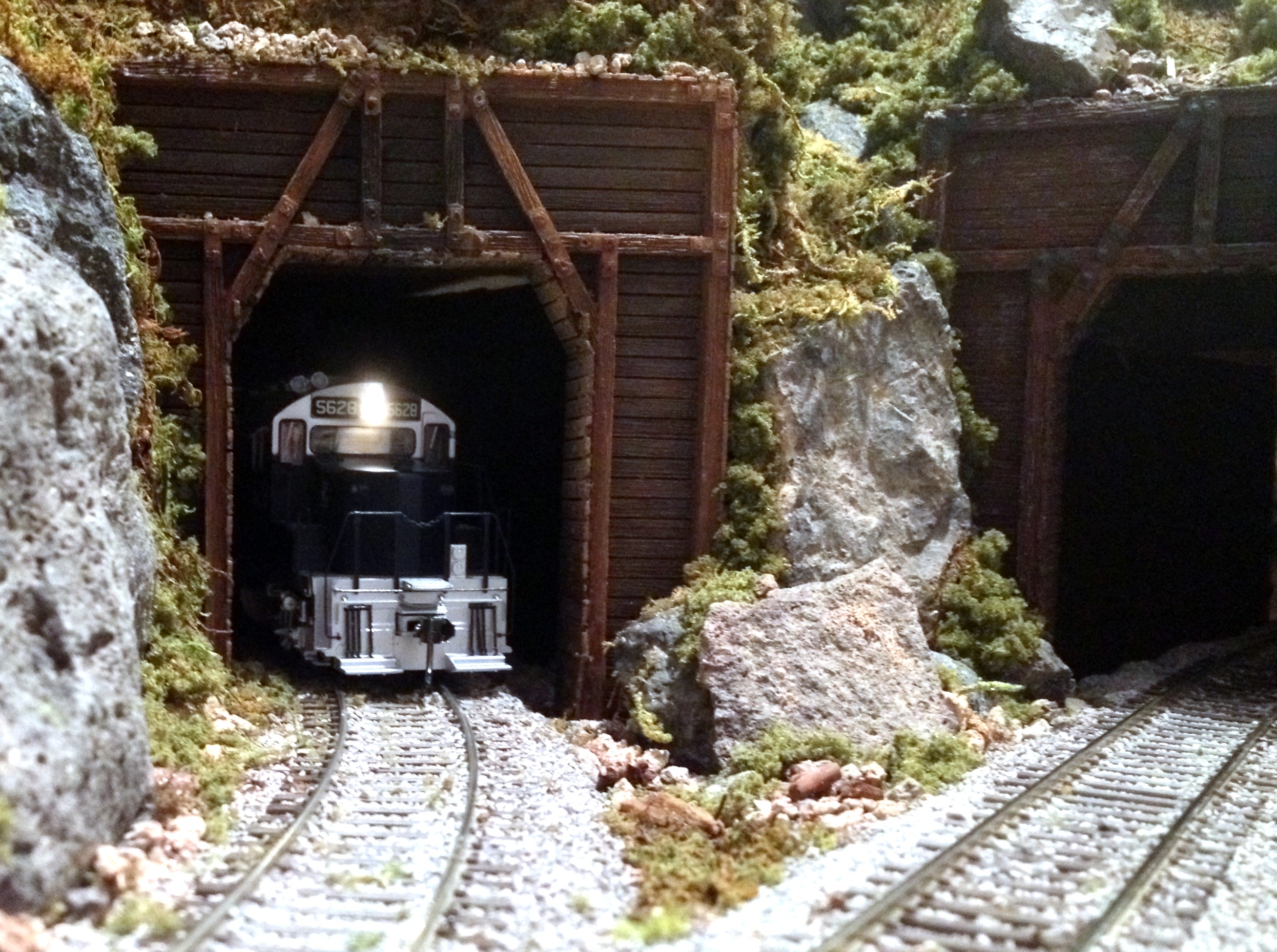 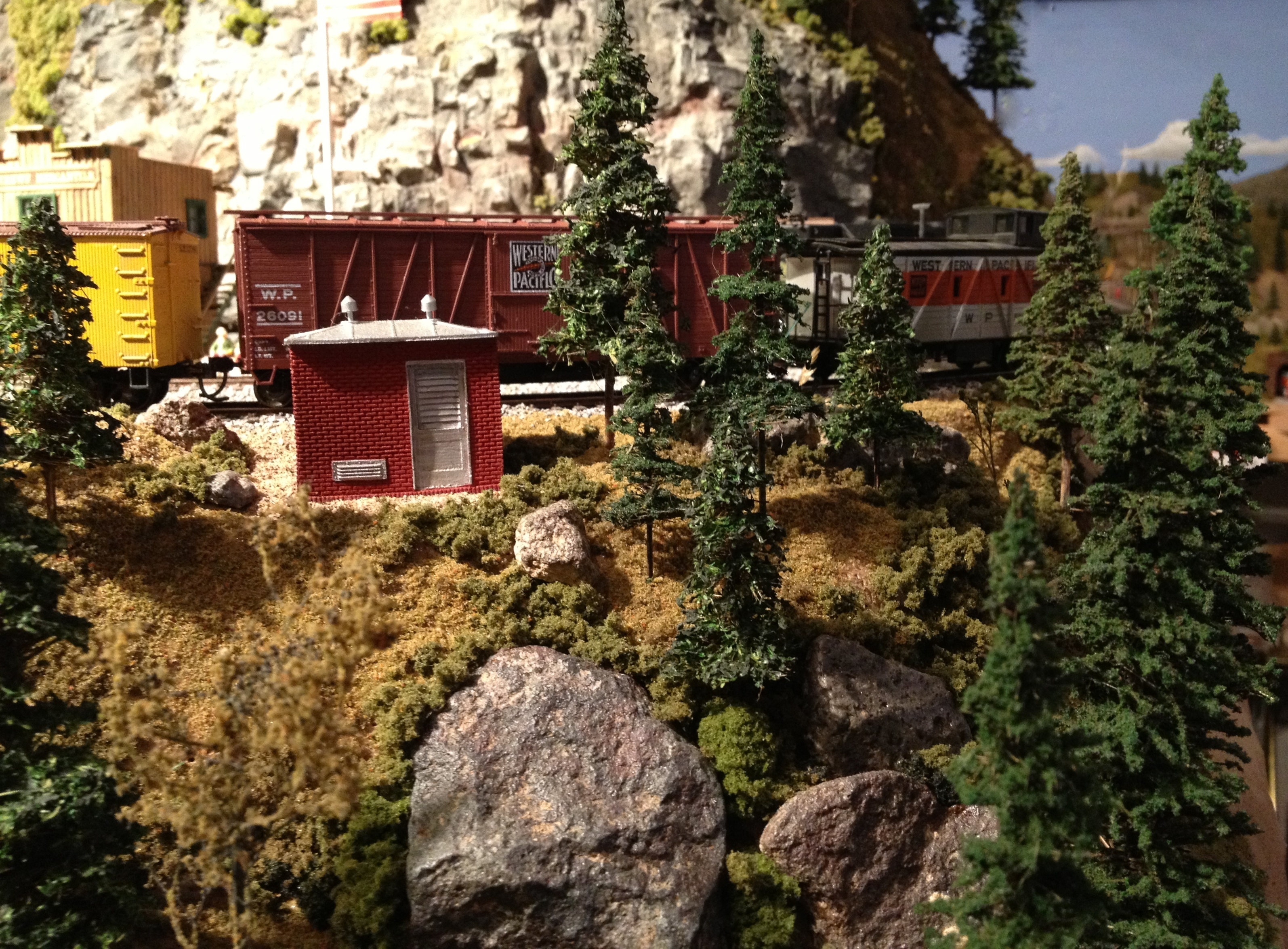 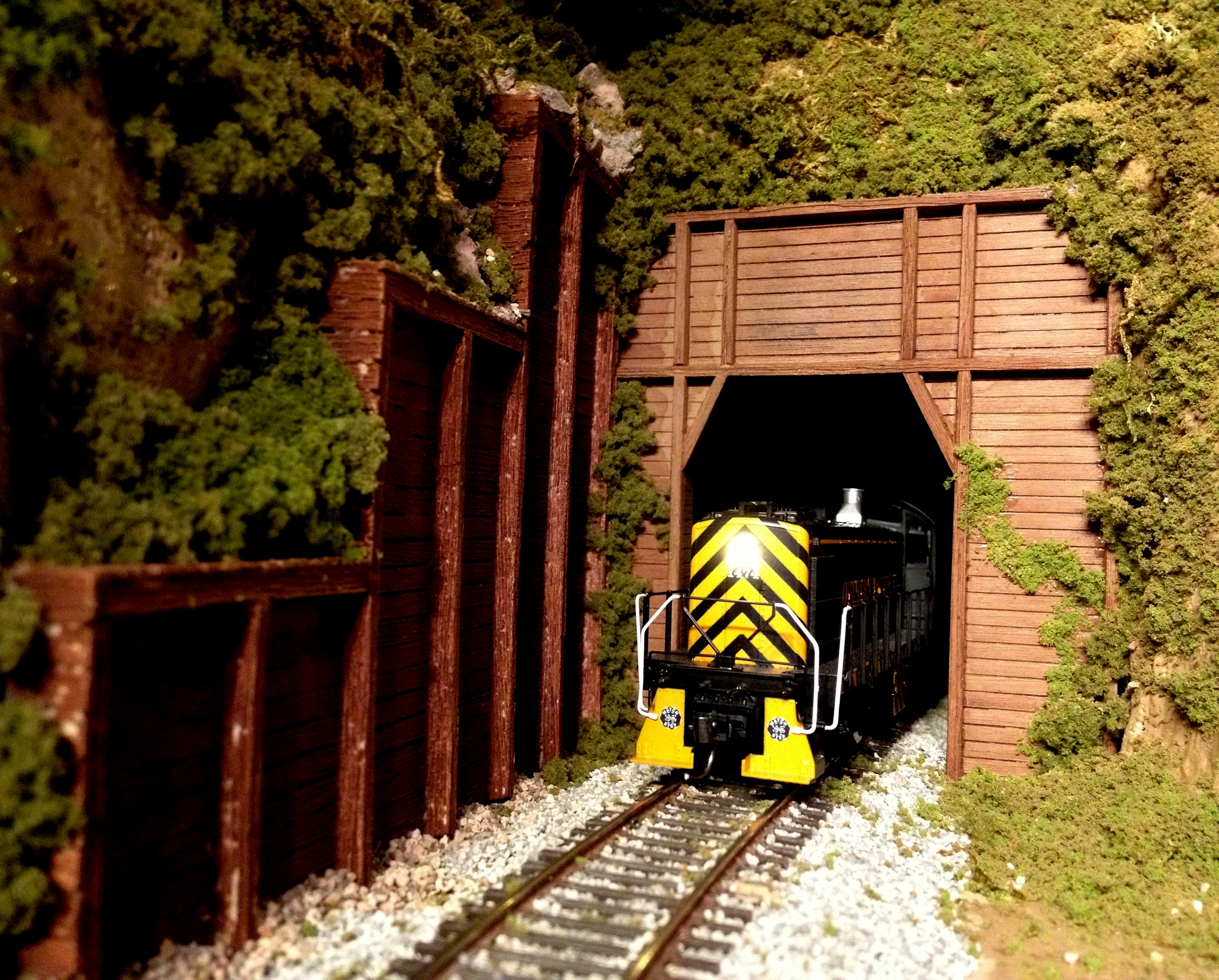 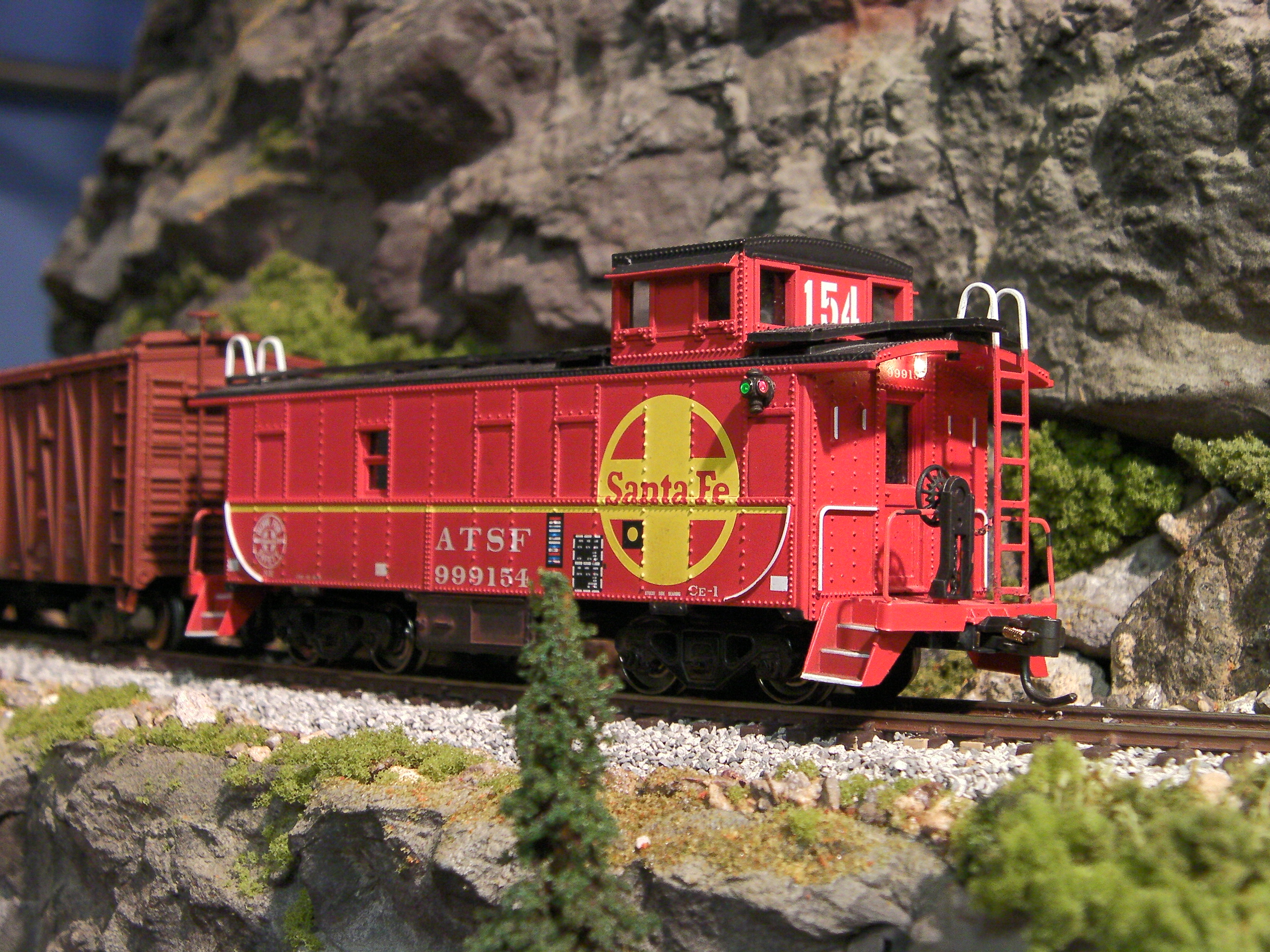 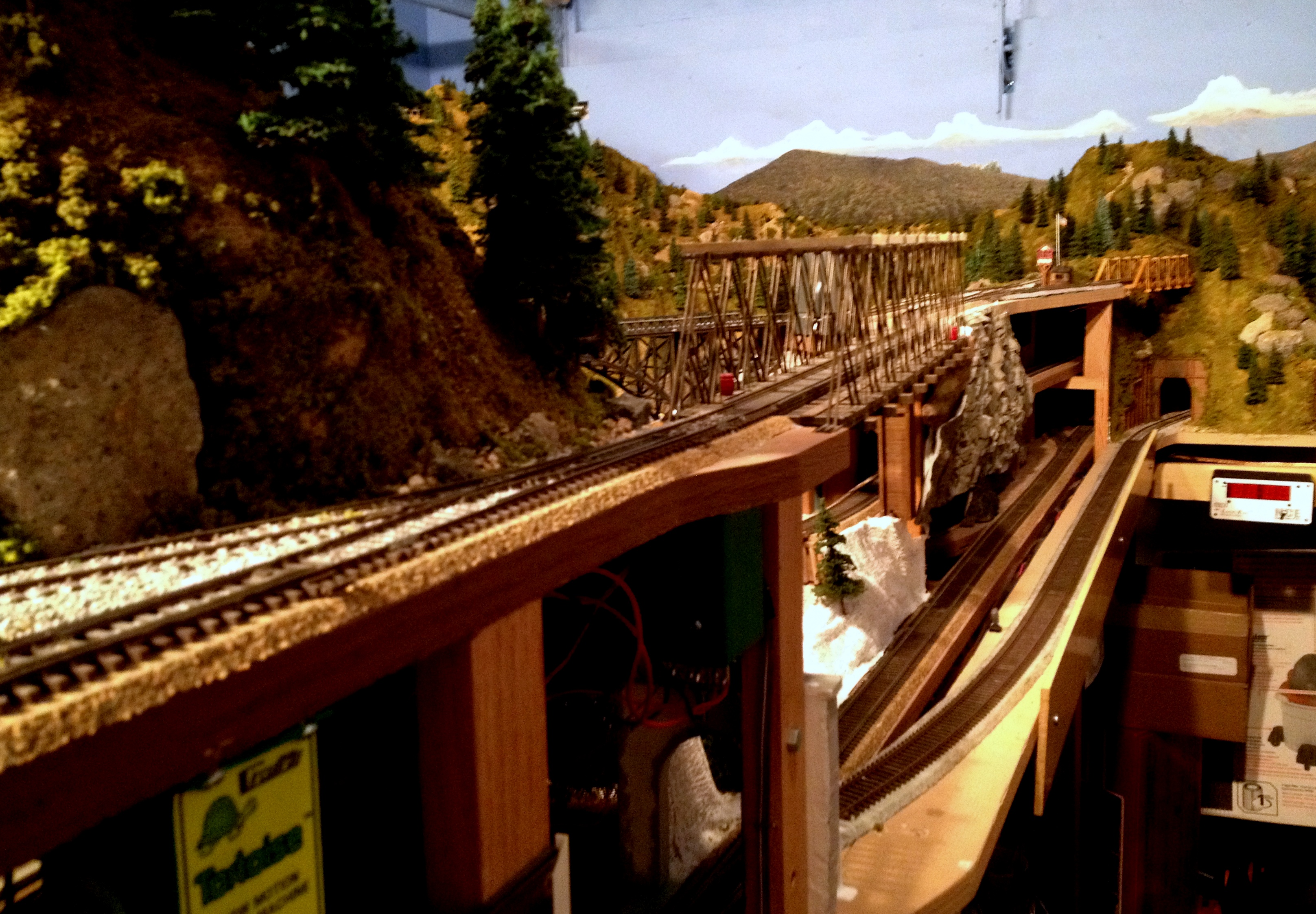 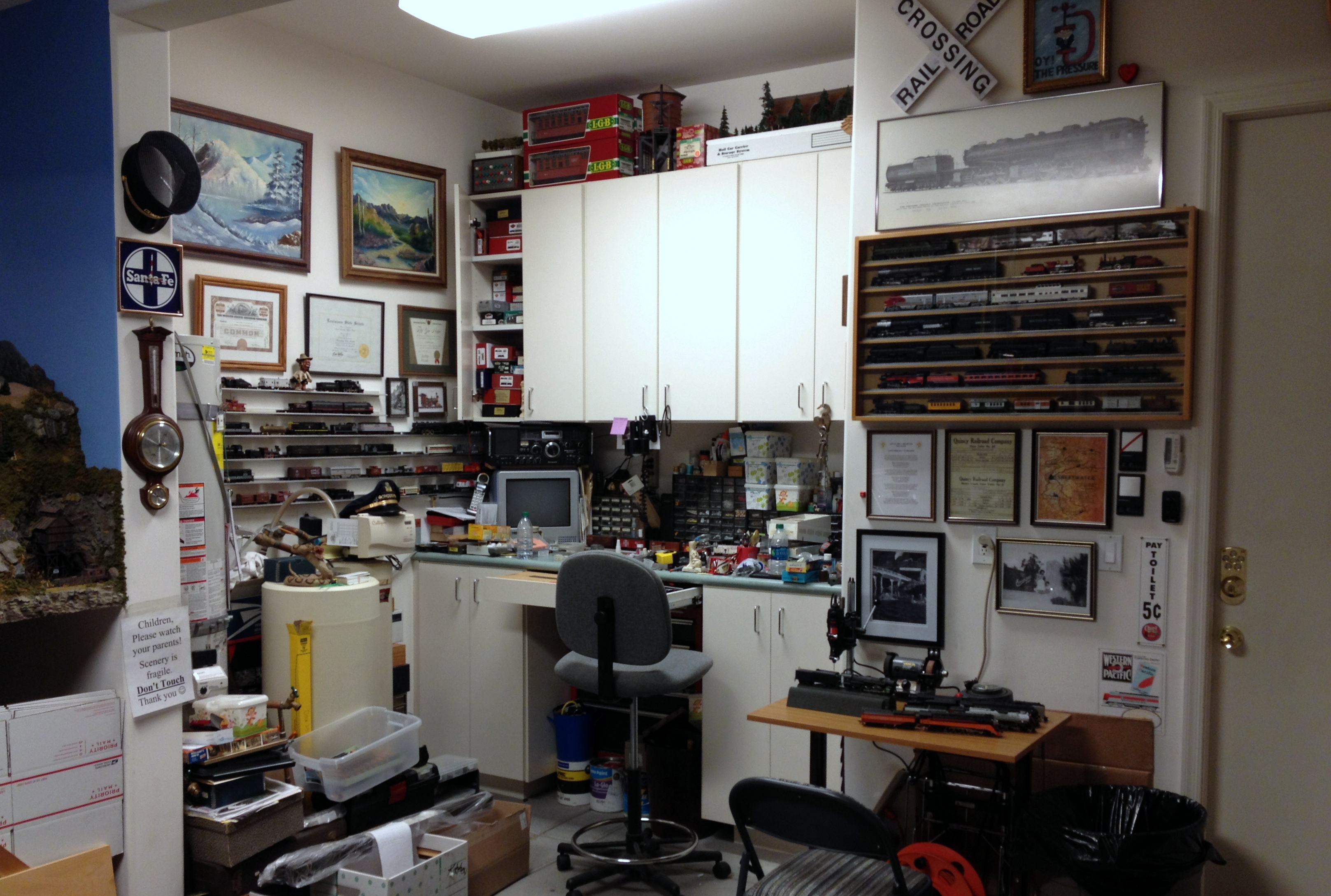 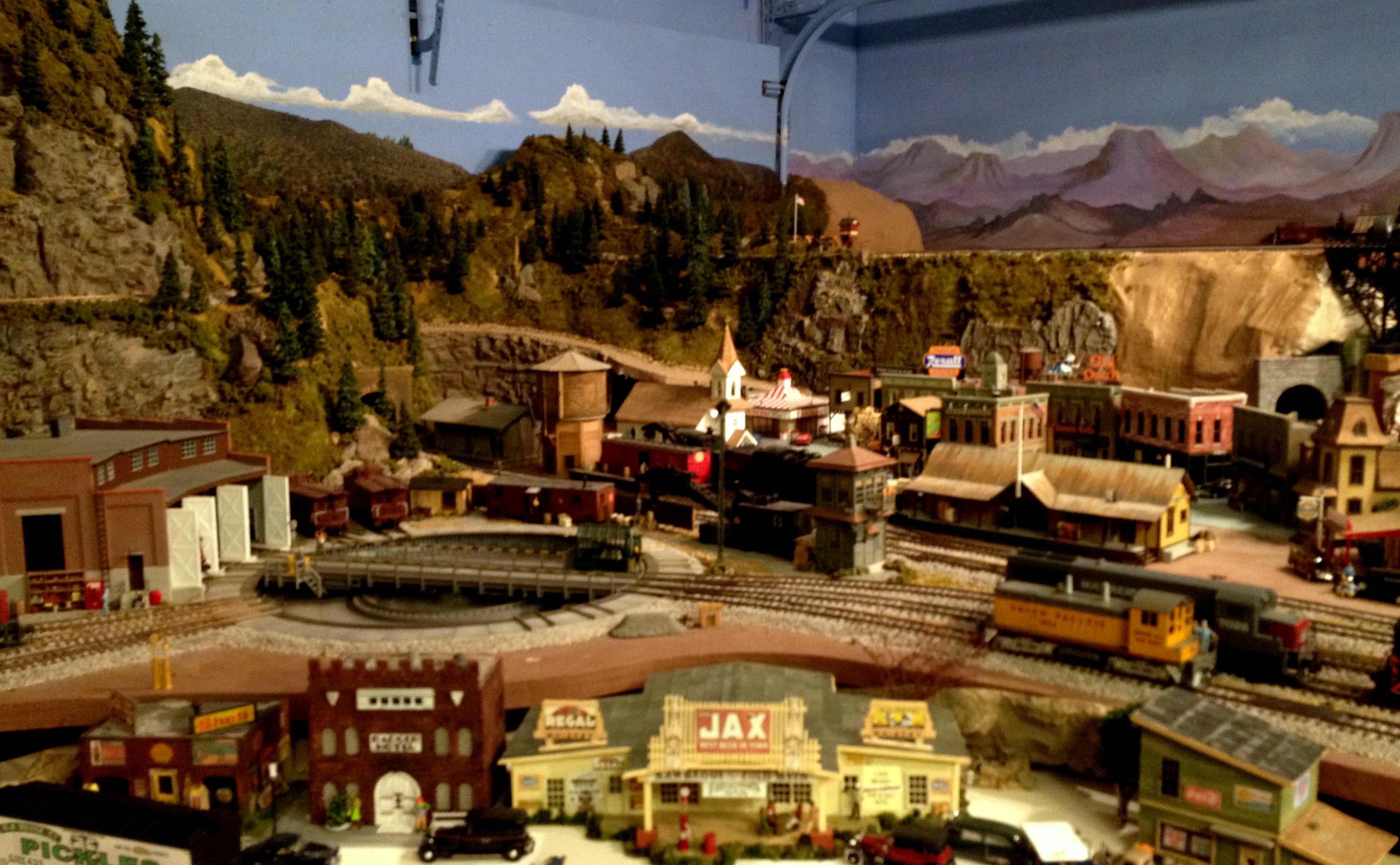 A little update.That wheel of 3mm diode’s.comes in 30 foot wheel I paid oh I think was $3 and free shipping.You see on the strip at the end is two copper tabs. you can solder positive and negative. You can see where to cut the strip.

I cut 3 and attached wires.I used a dead 9 volt battery to power them.The other side of the strip is very sticky if you peel off the paper.I recommend sanding the copper tabs before you solder wires to it.You can cut as many as you like from the strip and also each section has its own 12 volt resistor.You can also desolder each diode off the strip to use for car headlights or other uses.How about lighting for coaches.These wheels come in many colors. 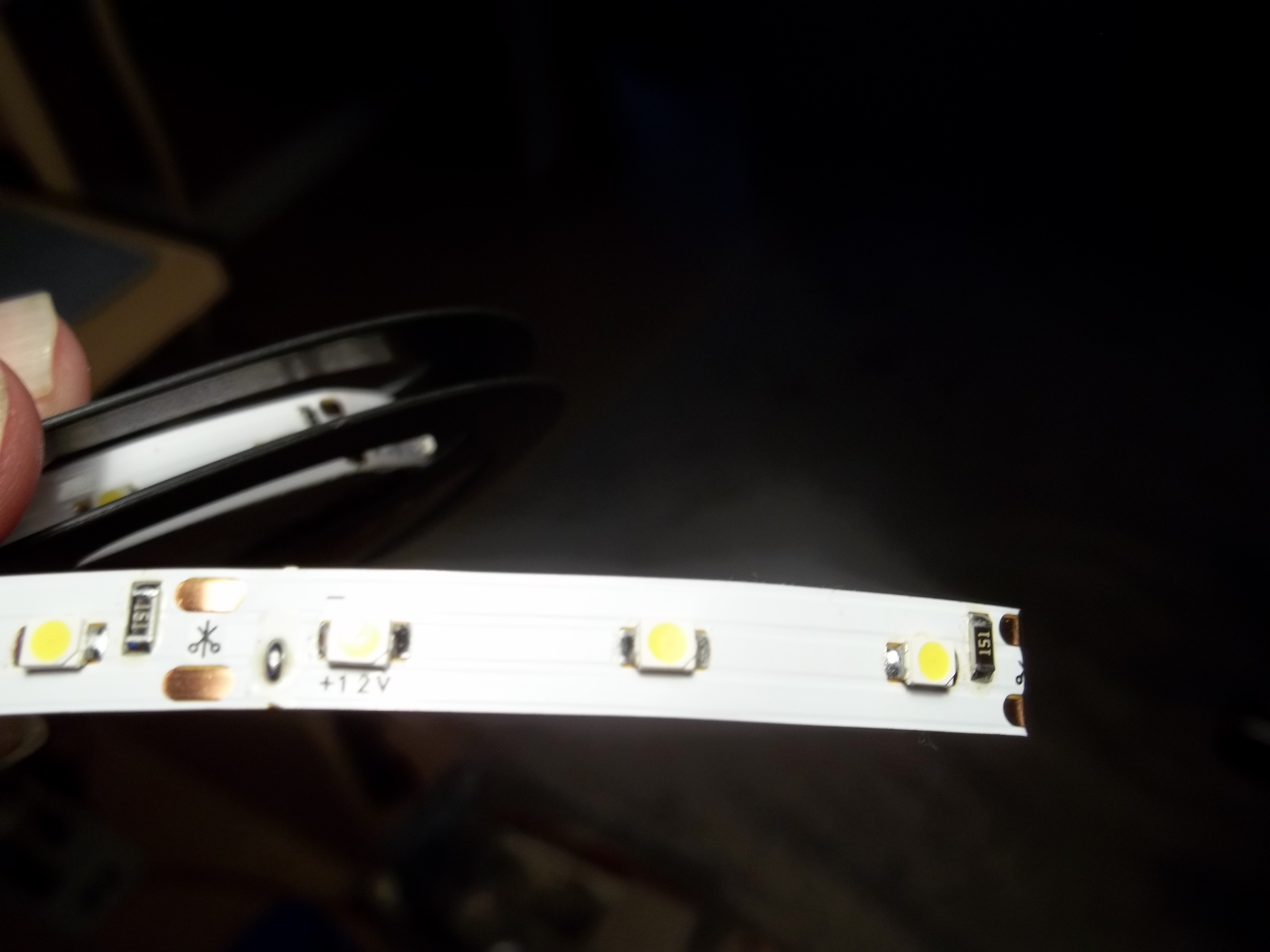 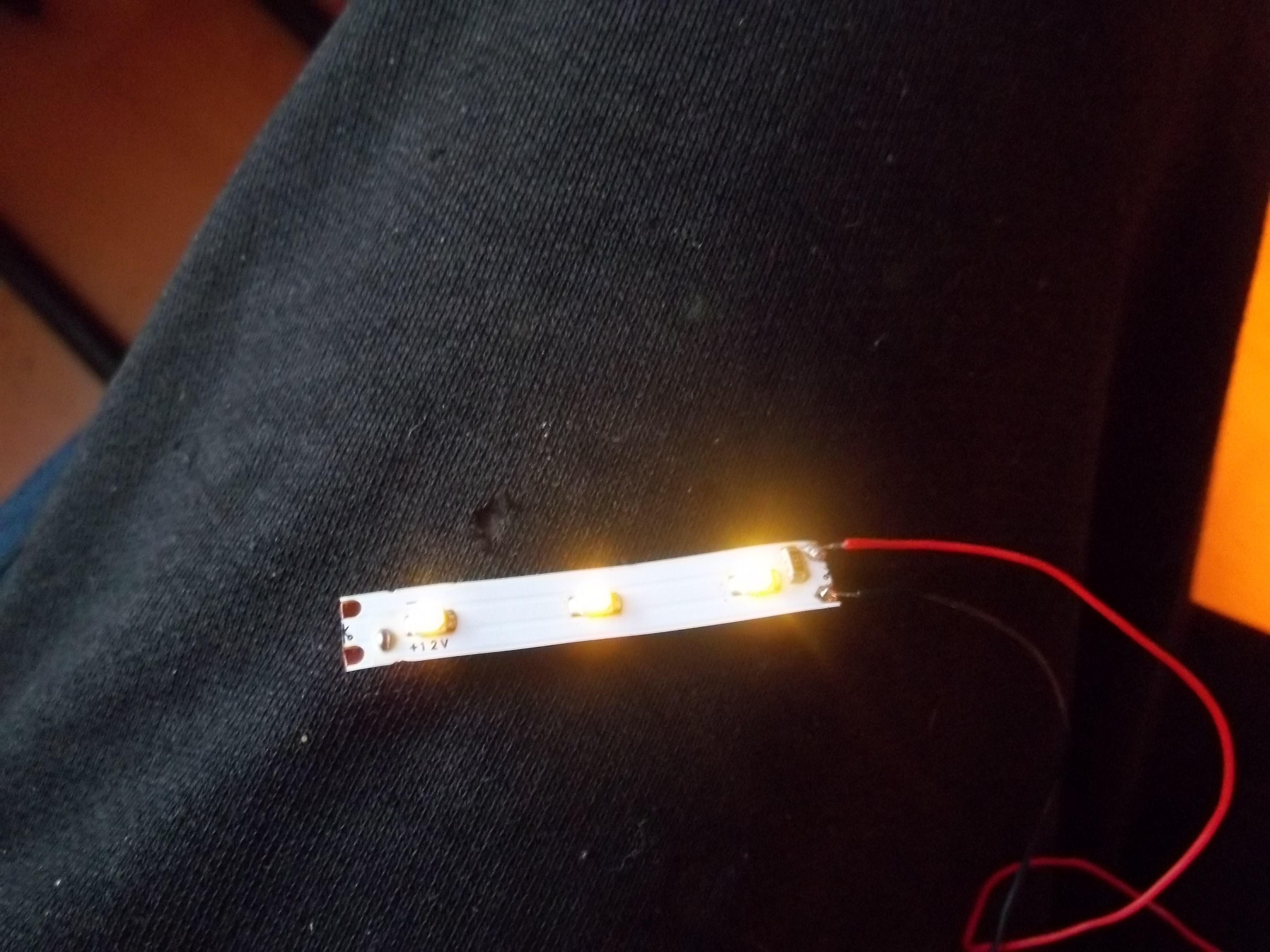 That’s all this time my friends.