“My entry into railway modeling started in 1978 or so, and I built a large N gauge layout in a shed along side my house.

I began with stock from Graham Farish, items that were then made in Poole, Dorset, but after a while found the locos were very noisy unreliable and not very well detailed.

So my allegiance changed to Fleischmann, Arnold and Roco.

My layout covered the whole shed 8 x 5, and was quite involved with relays electric points a turntable and lots of scenic details and could be left to run itself with a large double loop and a shuttle end to end station.

After marrying in 1980, we began to raise a family and the shed along side to house had to be pulled down to make way for an extension. And so ended my involvement with model railways, until years later when because English outline was becoming more detailed with better motors, I once again got the urge to build a new layout and try out the latest offerings by Bachmann.

I started building this layout after reading a book on model railway layouts by C J Freezer and although not quite the same is roughly modeled on one of his designs.

The size is 6’ x 2’6” and is built in the usual way with 2 x 1 battens and Sundeala board screwed in place on top. It consist of a small terminus station (by Metcalf) and has an engine shed, turntable, signal cabin (Ratio) three sidings, one for coal and one with a cattle dock (Ratio) a line that heads out towards a fiddle yard (as yet unbuilt). And it is roughly based on a small West Country town.

The track is by Kato with electric points, and the turntable works via a small-motorized unit run via a Graham Farish controller.

The landscape is made up from polystyrene covered in grass matting in places and various Woodland scenic products. It is not based on any particular place.

I called it Meadow Falls because it has a small waterfall emerging from a meadow at the top of a hill at the rear of the layout and cascades down to ground level in a small pond, near the engine shed.

The town meanwhile is situated around the station with a few shops, a Bank and a Square with a Tearoom (all by Metcalf) and is illuminated throughout.

At present it operated by DC but my hope is that I can one day convert it to DCC.

As yet I haven’t built a Fiddle yard as I don’t seem to have the room to accommodate it hence that is another reason I would like it to be DCC so that I would be able to operate more than one engine at a time without all the extra wiring.

Most of my railway stock is either Graham Farish, Dapol and I have one Union Mills loco, and over the years have collected a vast amount of rolling stock together with all the 30 year old Fleischmann/Arnold stock some of which still runs very well to this day, not to mention the fact that most of the German locos have front and rear lights as well as most of the carriages with interior lighting. A fact that I can’t quite get to grips with, as Farish even now does not make lighting for carriages and their Locos are only now getting the detail that the German models had all that time ago.

Vehicles are Oxford and R Parkers together with some Shire Scenes brass etched ones. 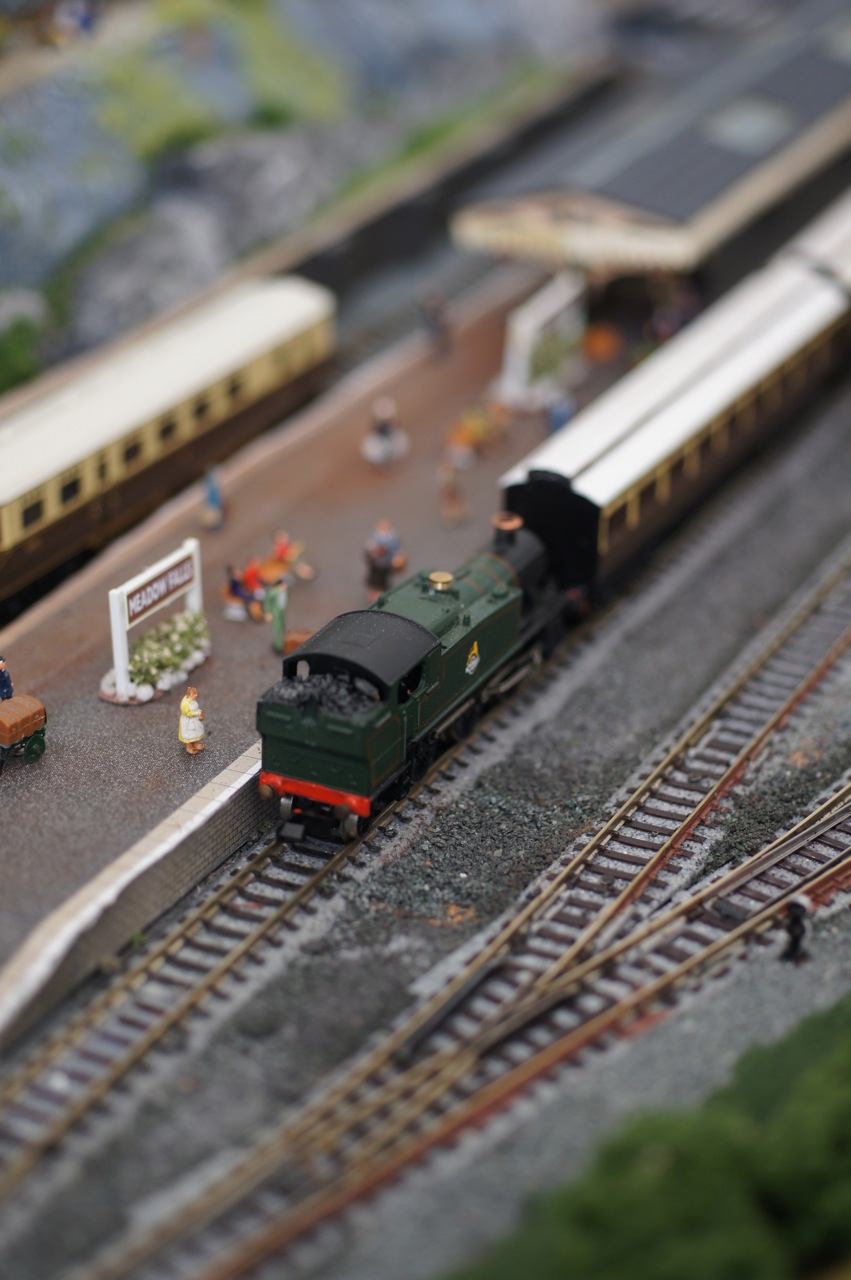 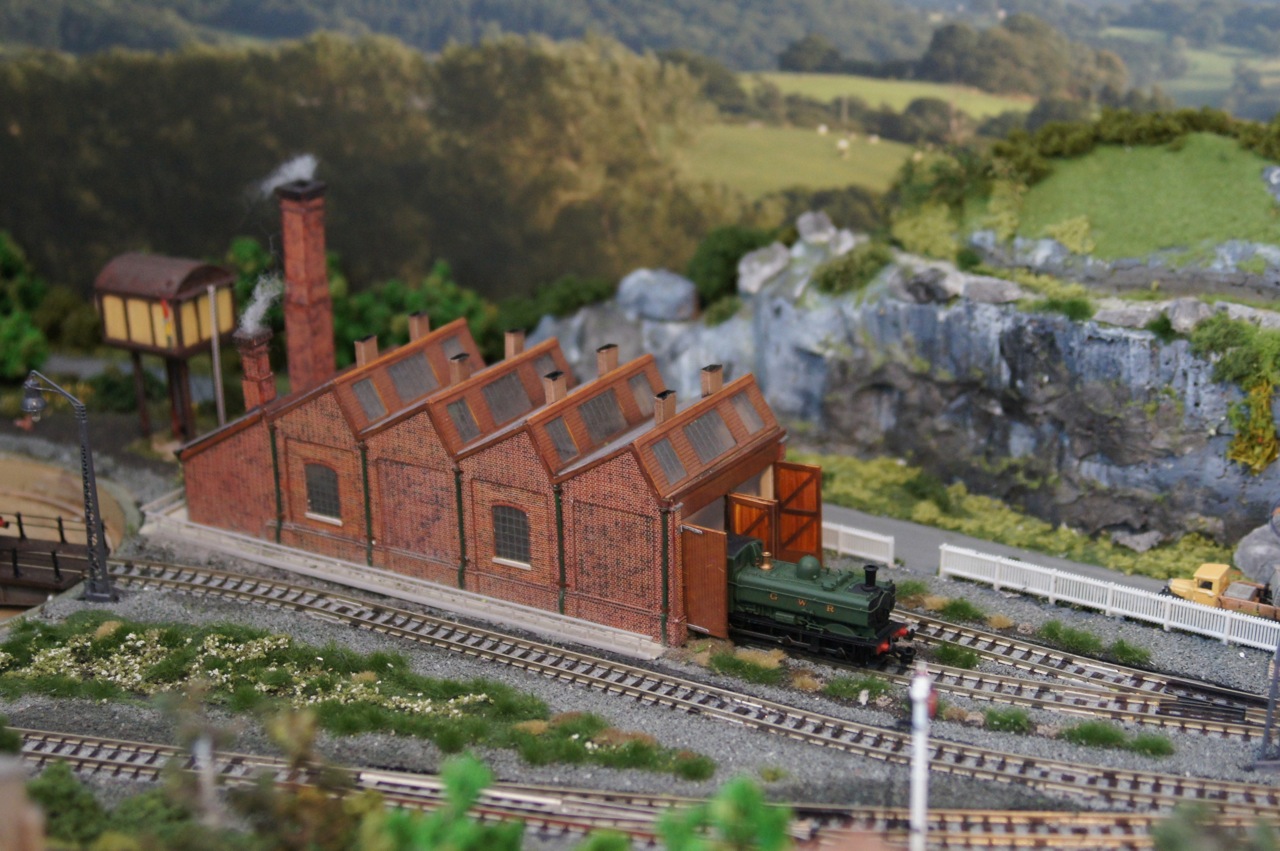 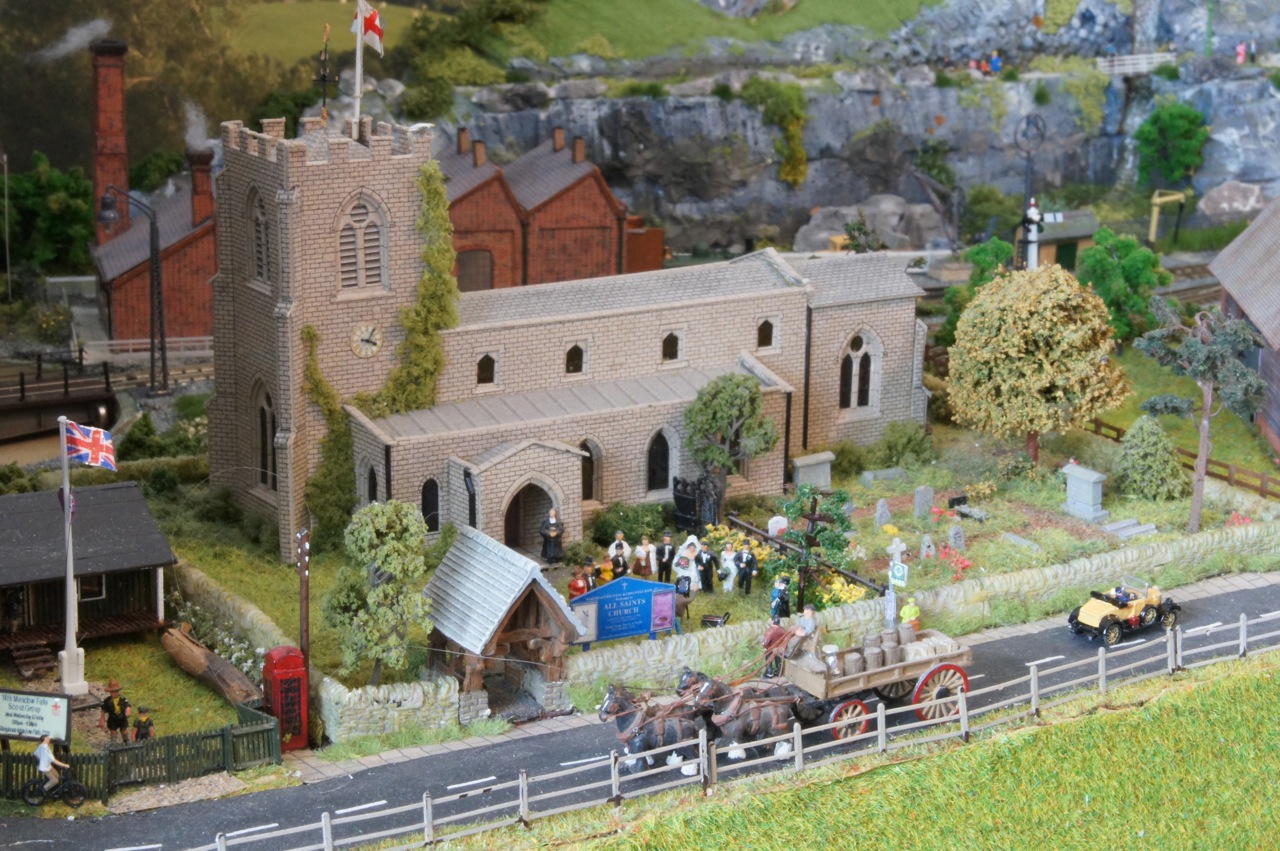 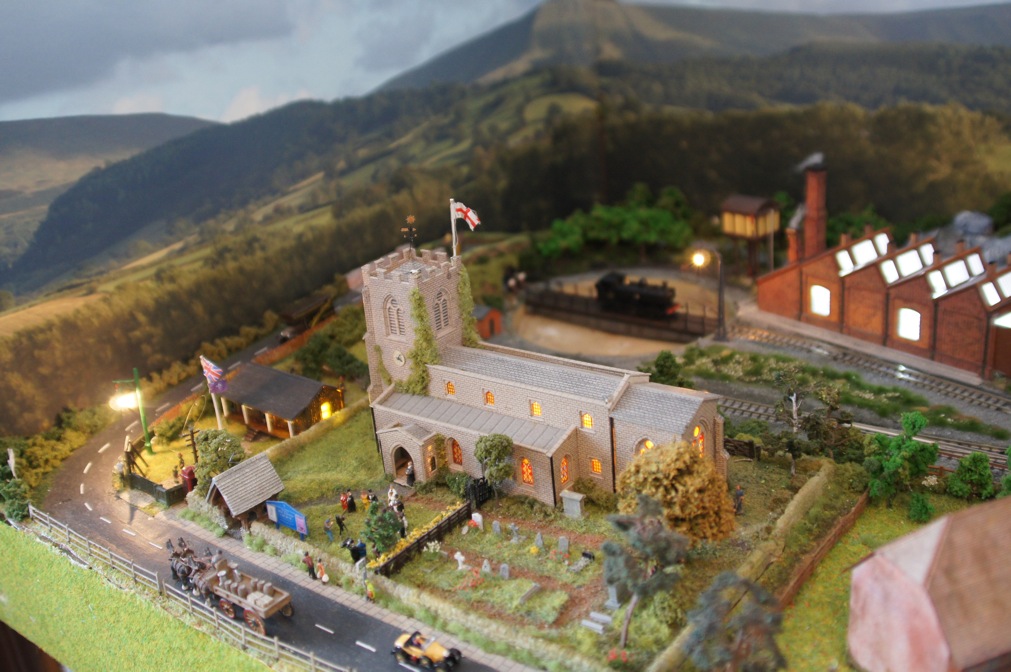 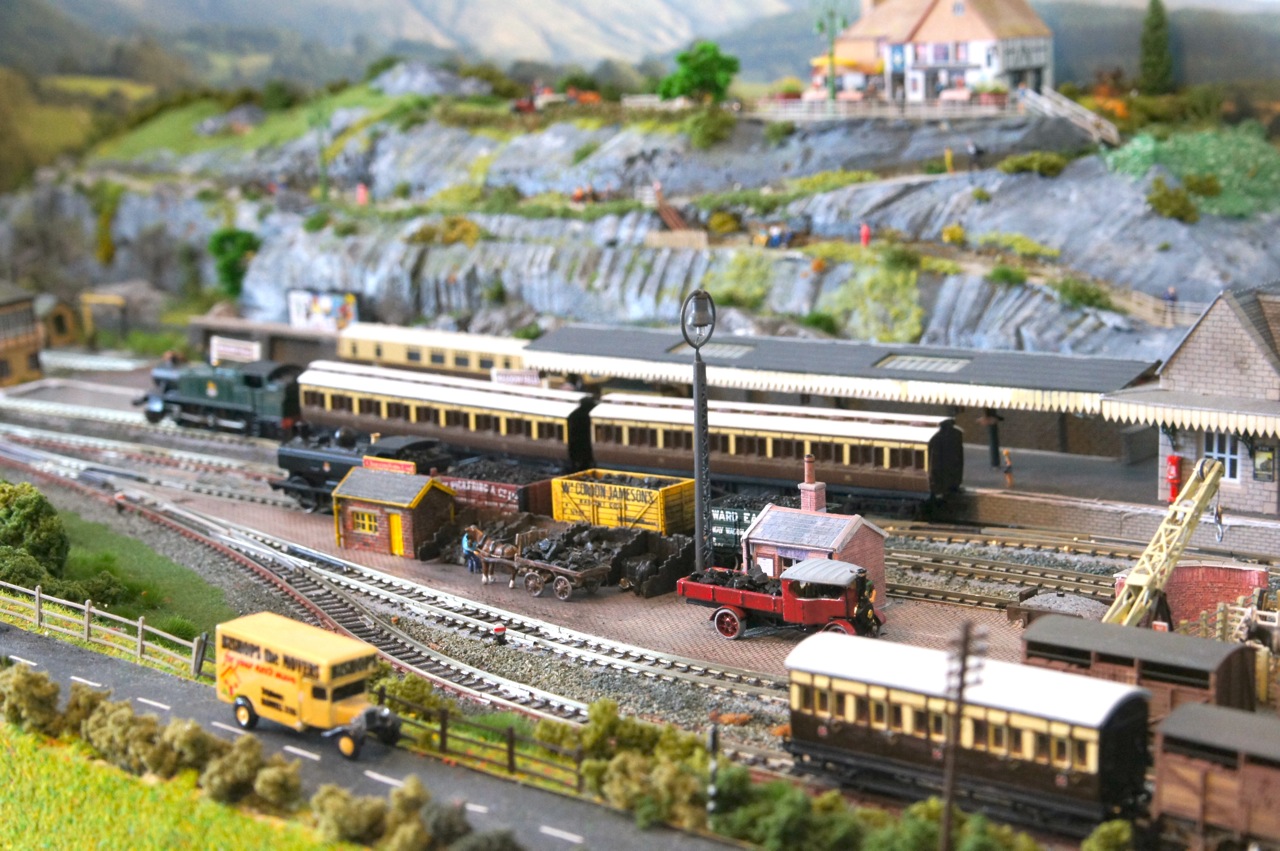 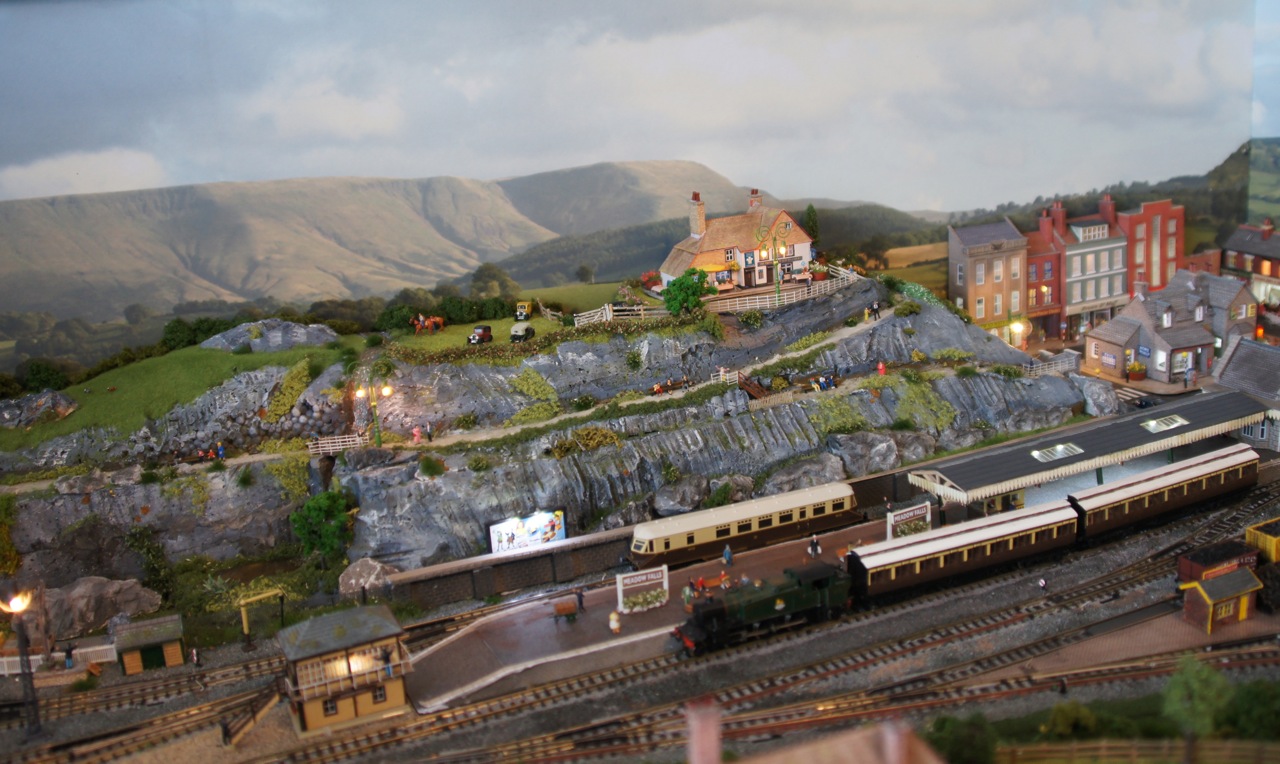 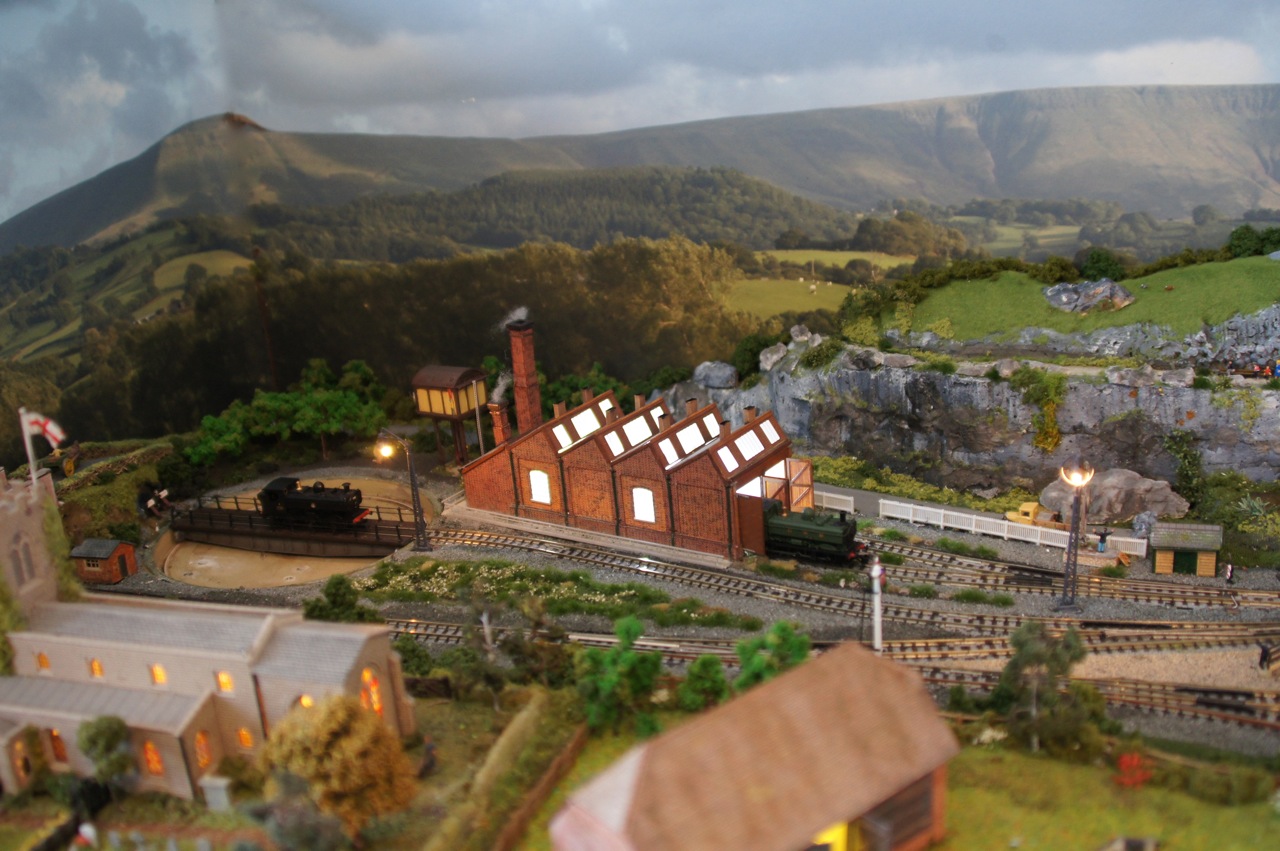 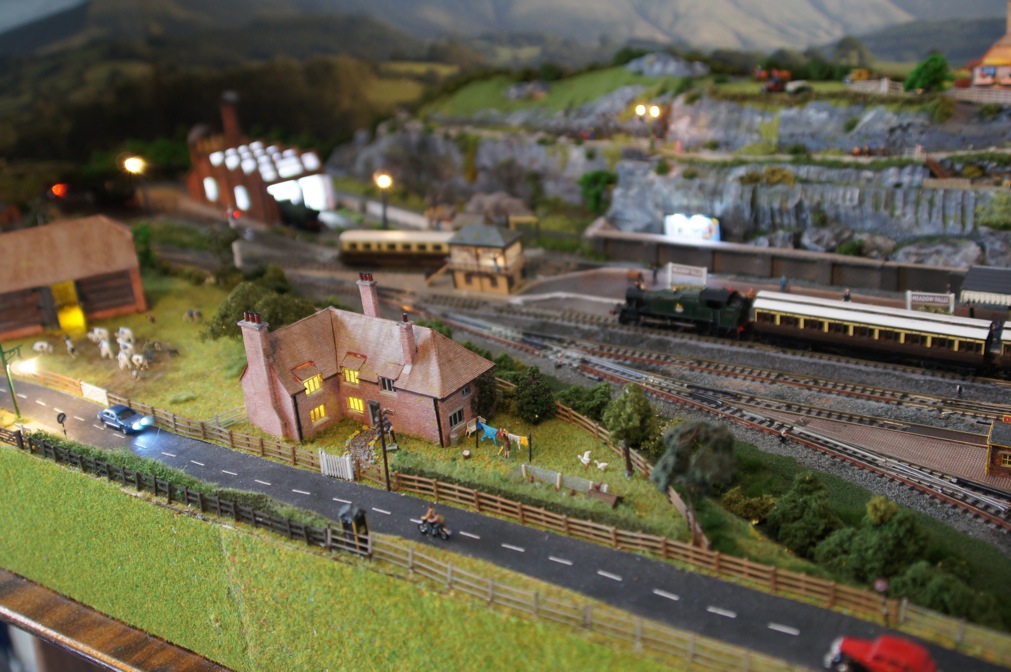 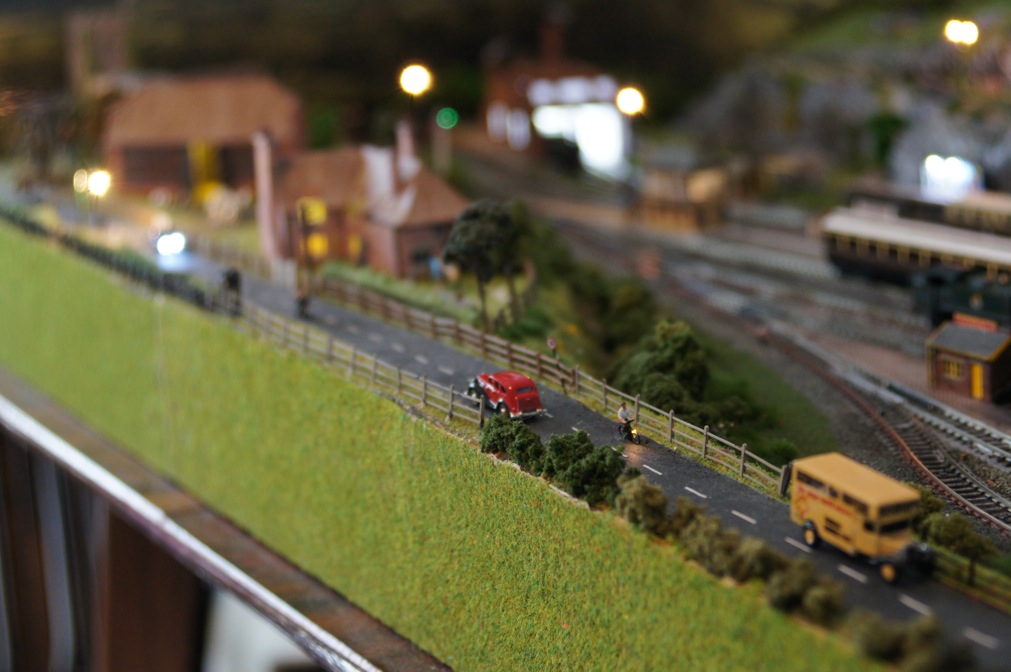 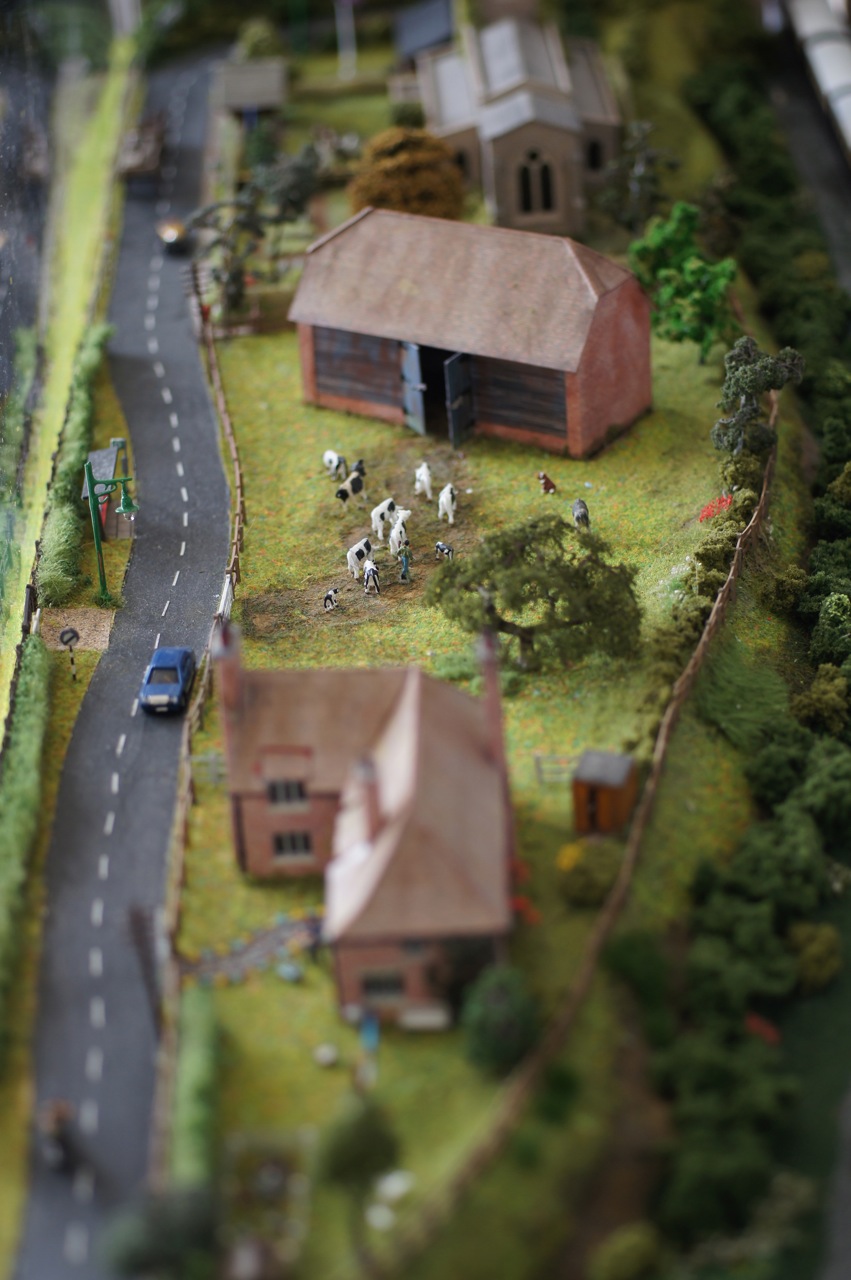 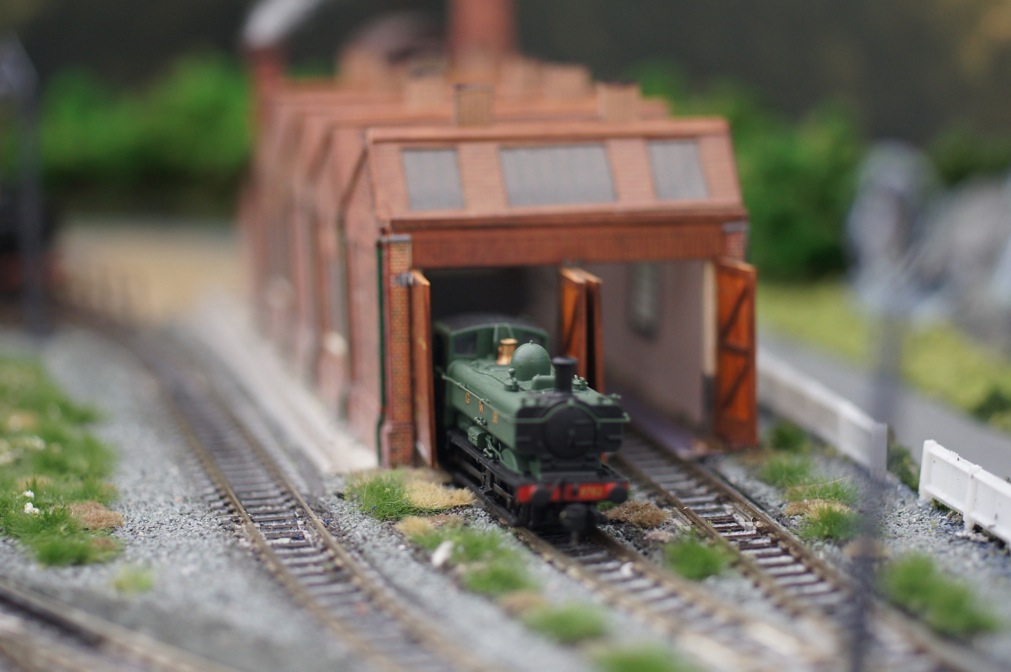 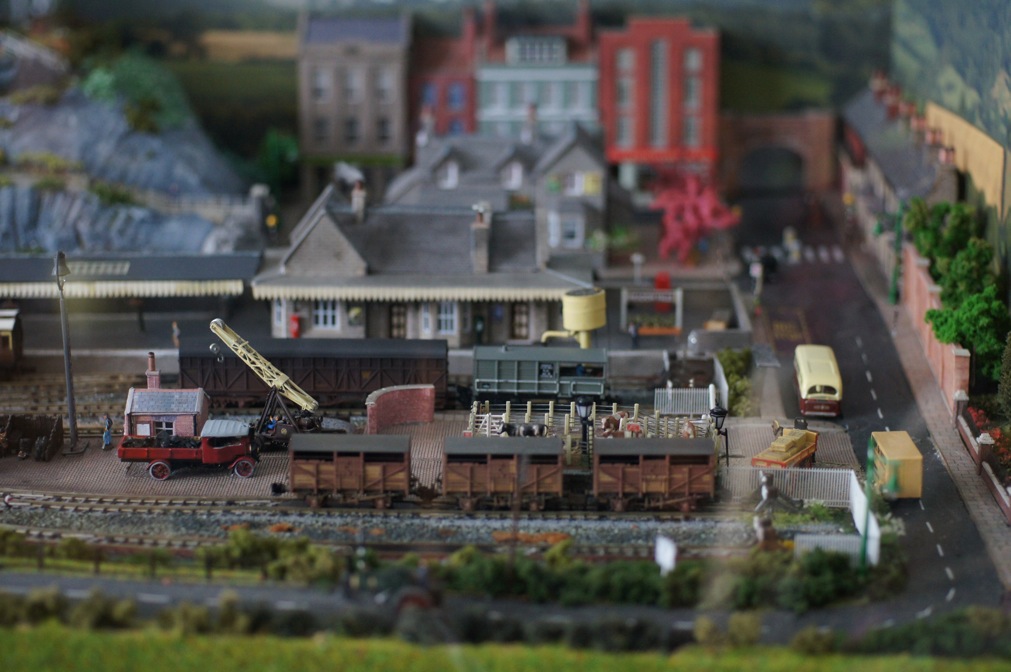 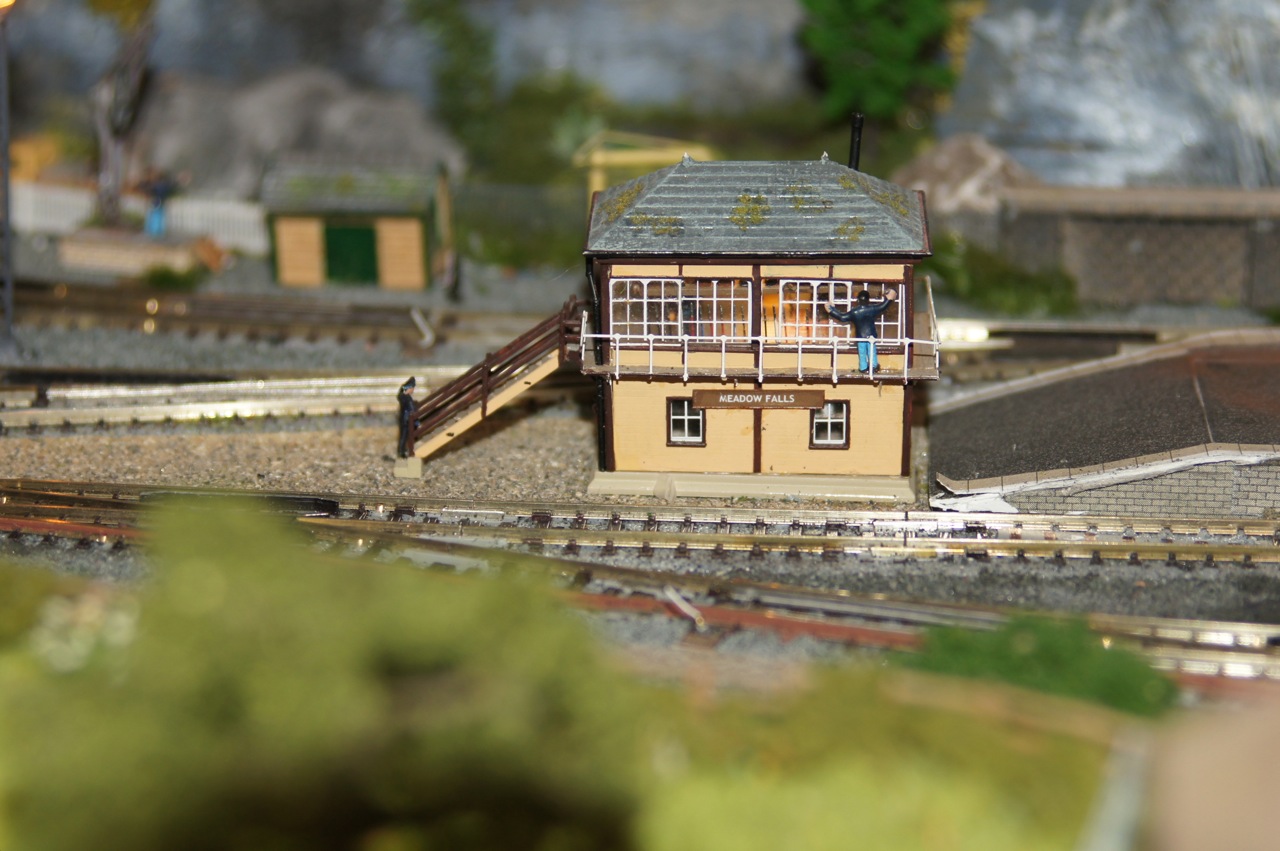 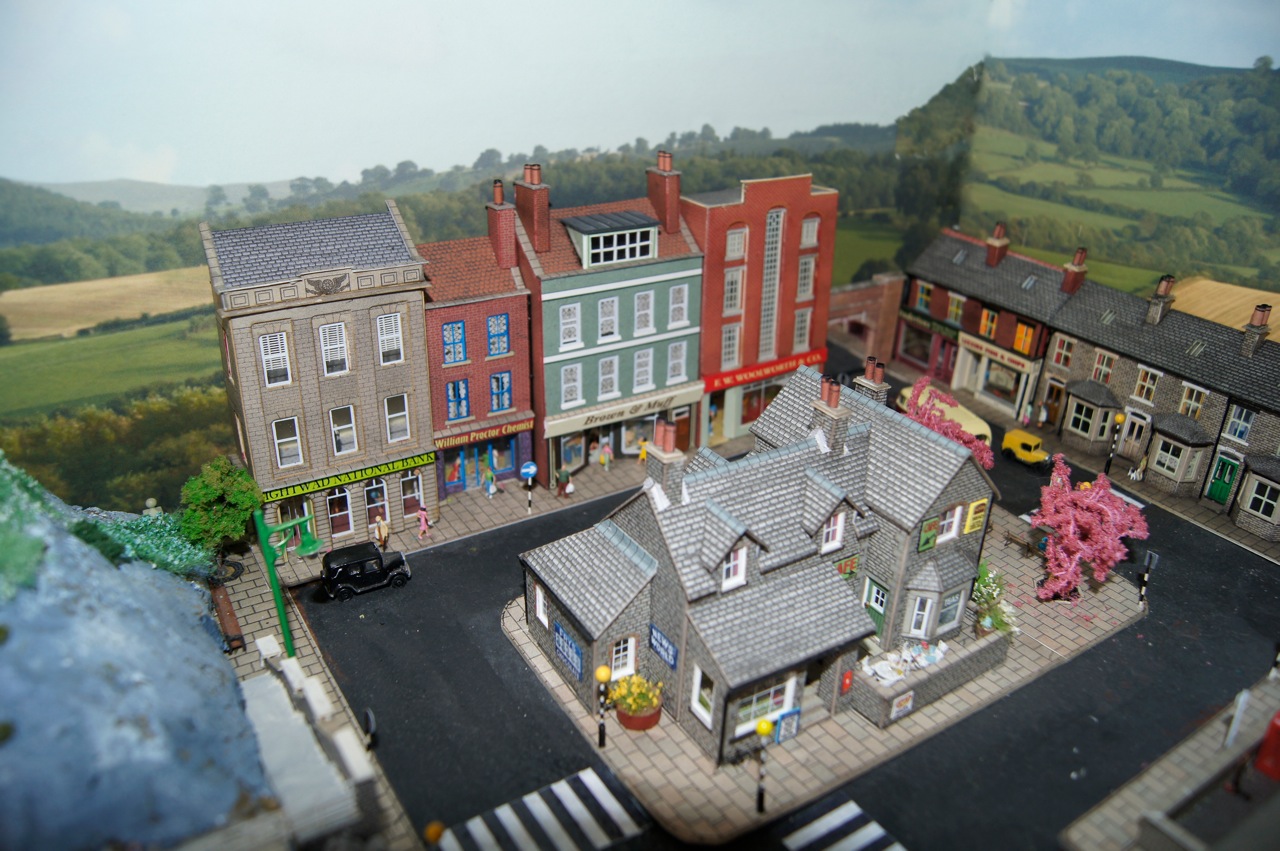 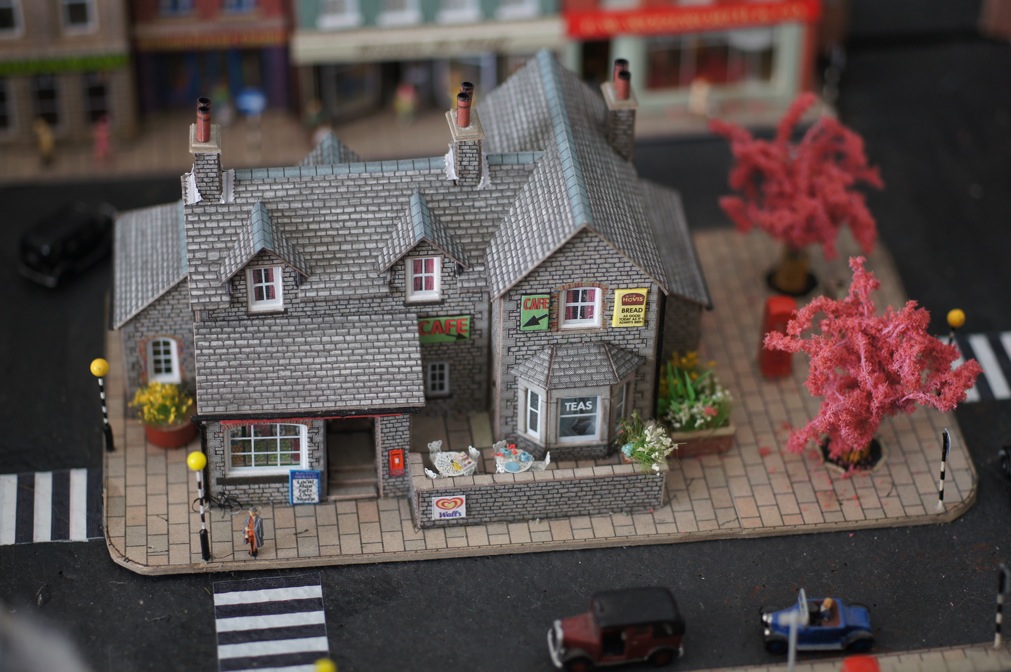 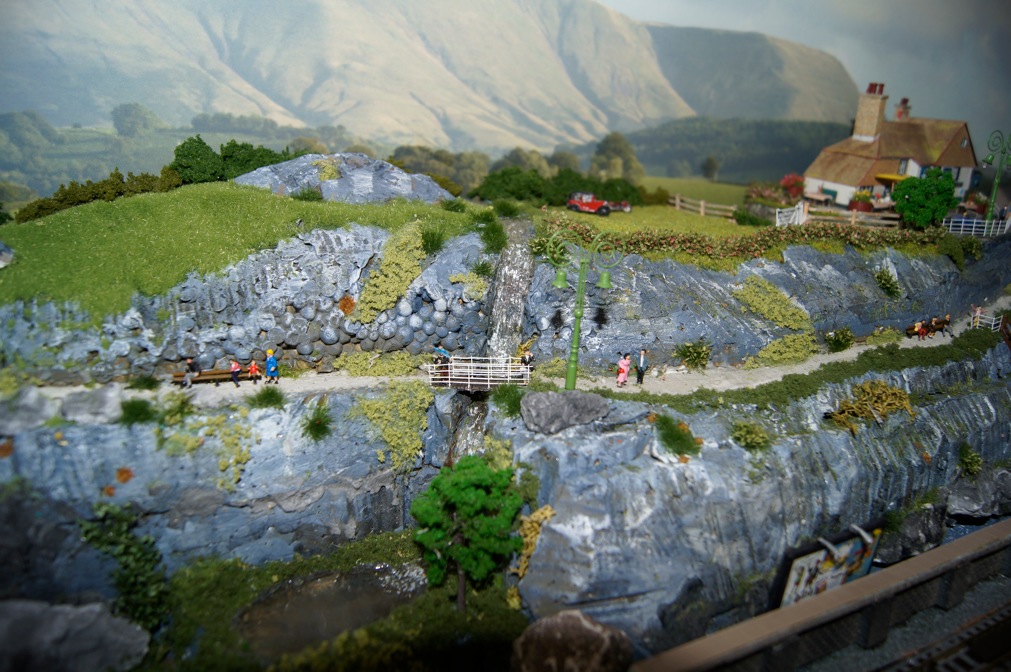 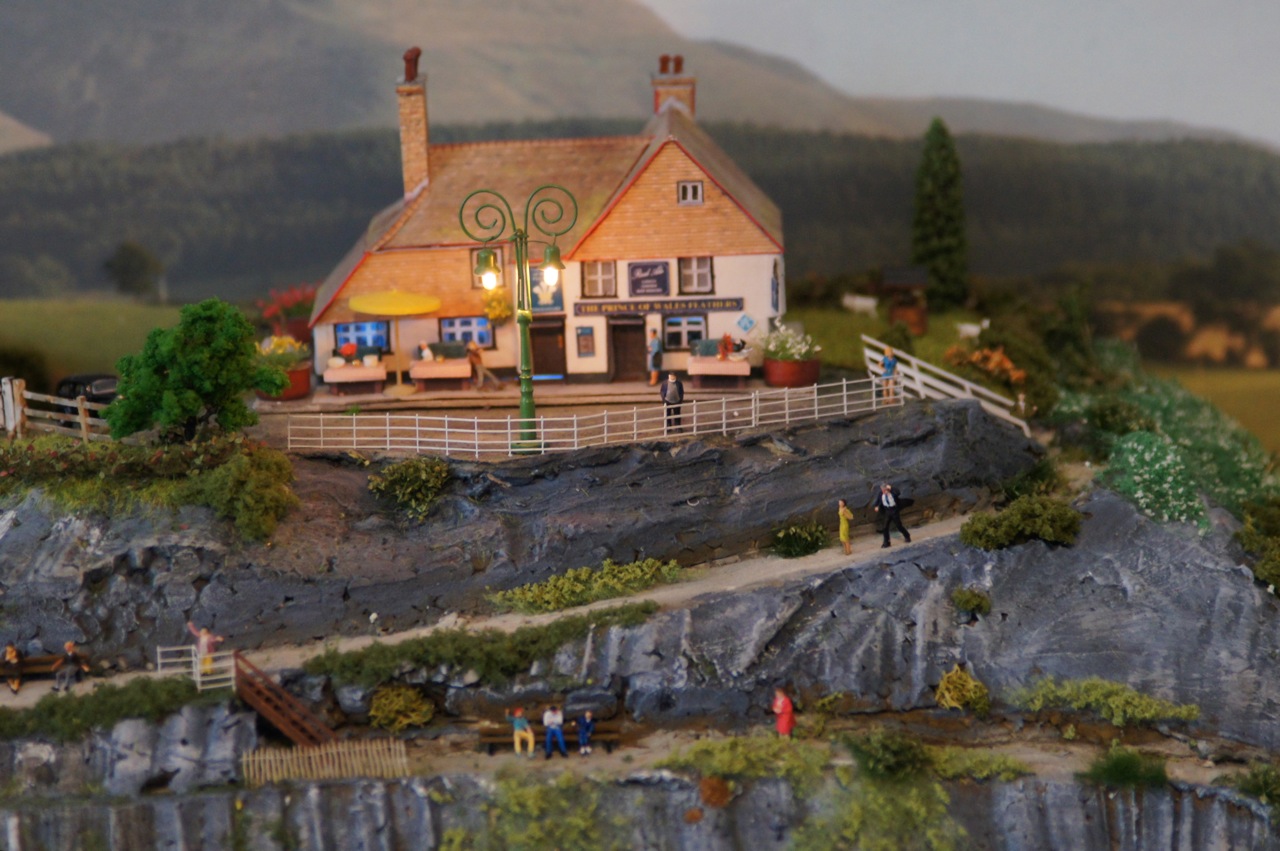 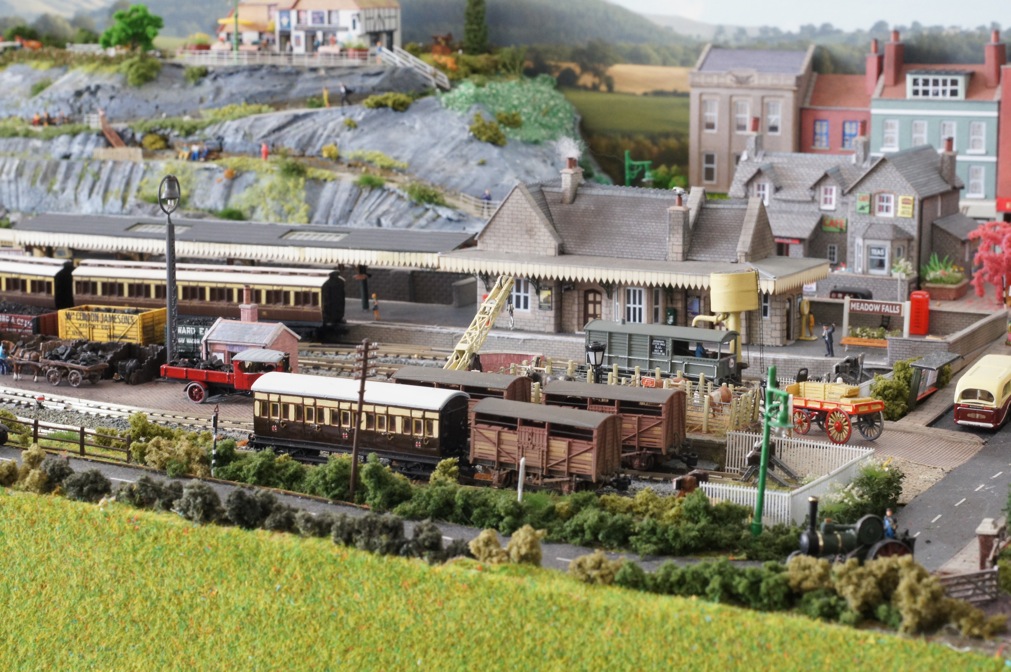 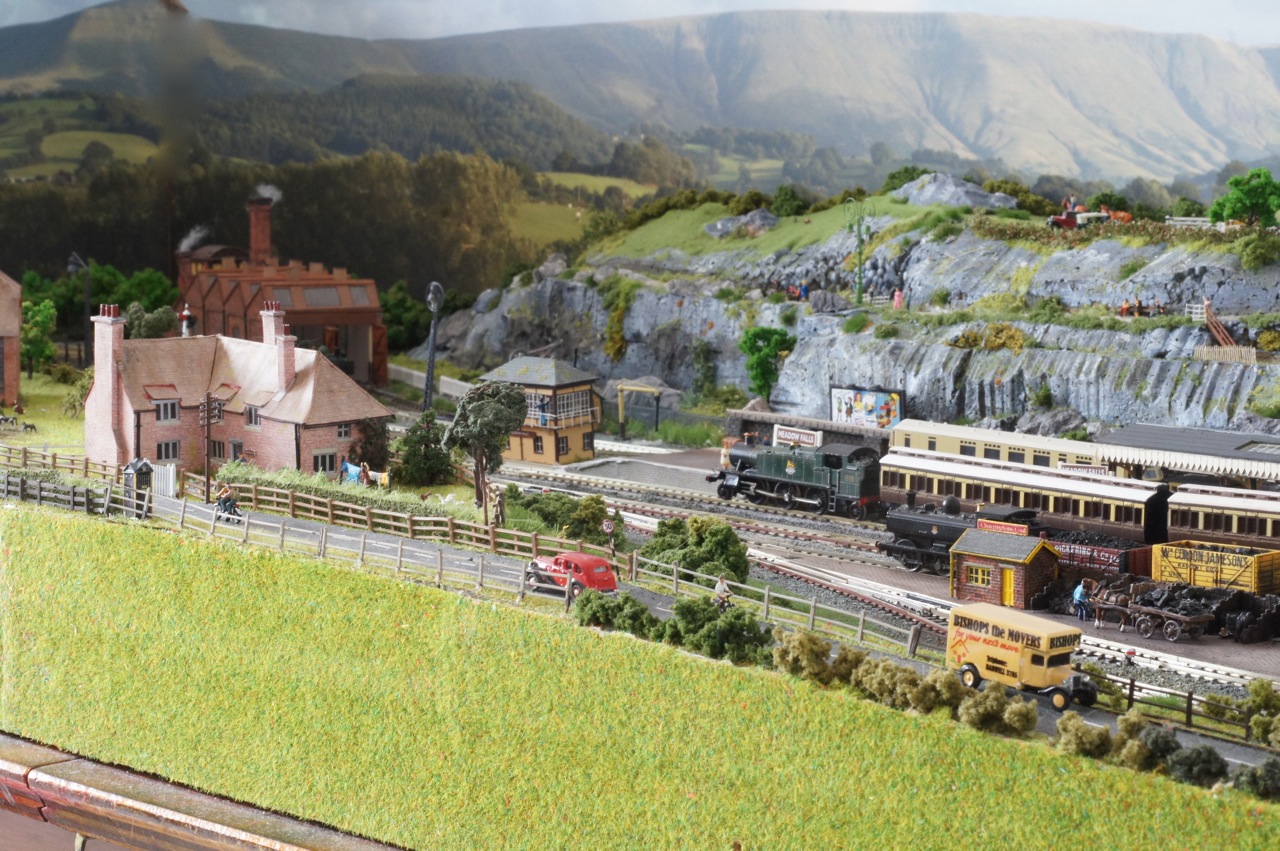 Thanks to Barry, some stunning pics there!

I enjoyed every one of them – and you do know they are clickable too? If you want to enlarge any of the pics, just click on them.

For me, the layouts that have a strong theme always look the best – I think it’s so important. Barry’s done an excellent job.

And if today is the day you decide you’re not just going to sit on the sidelines, the Beginner’s Guide is here.