Bob’s been in touch with his L shaped HO scale layout:

“I dismantled my layout in January and started a larger around the wall layout with a swing gate. 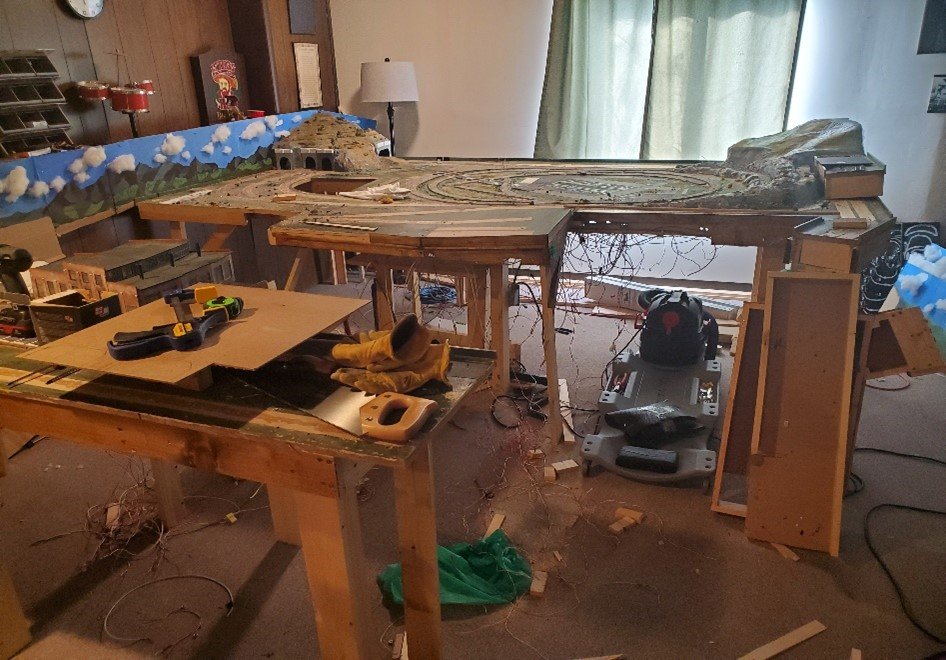 Below are pictures of where the layout stands today starting with the track plan. 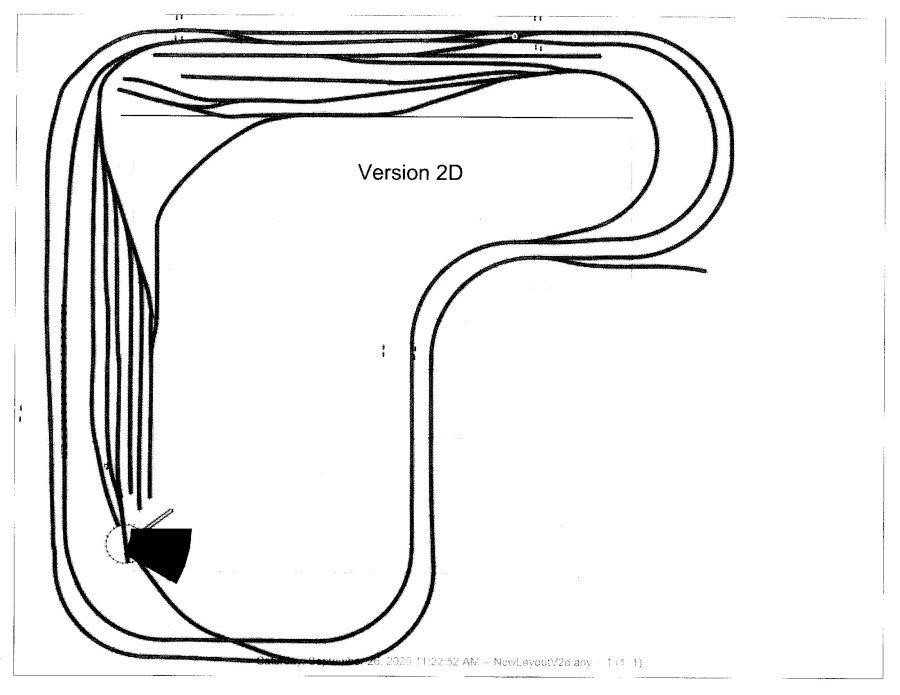 The following are pictures taken from points around the layout.

I added a 1×4 ledge just below the ceiling and installed LED strip lights to get better coverage of the layout and eliminate harsh shadows. 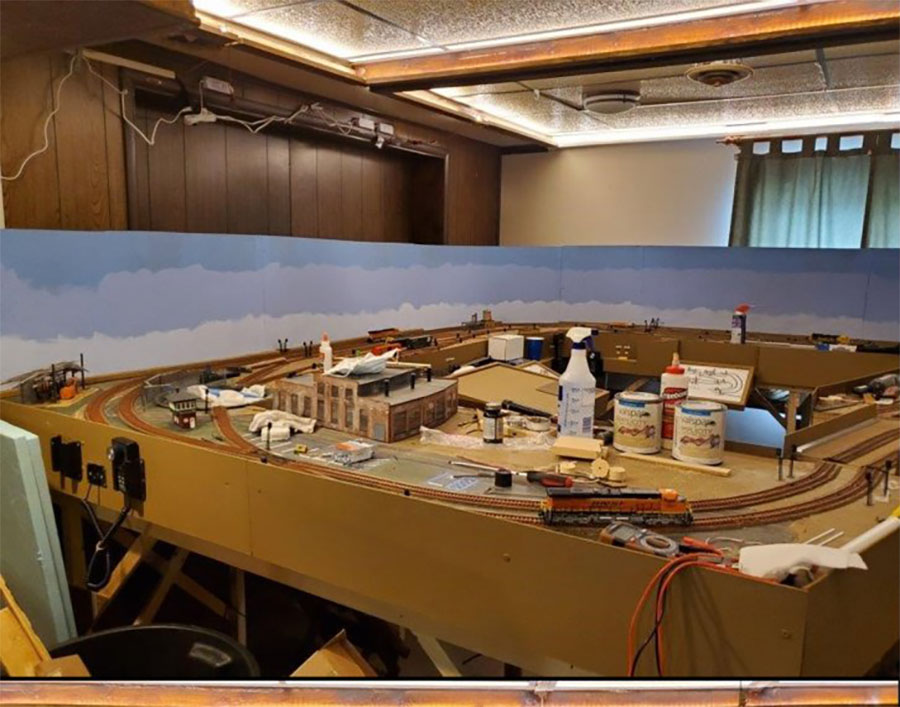 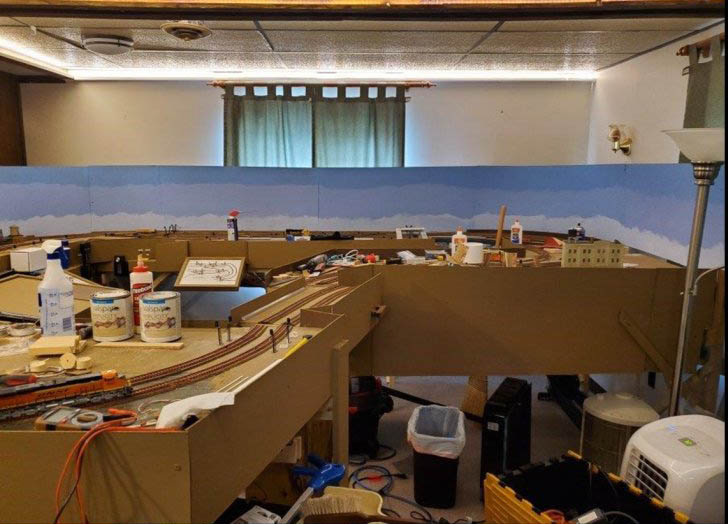 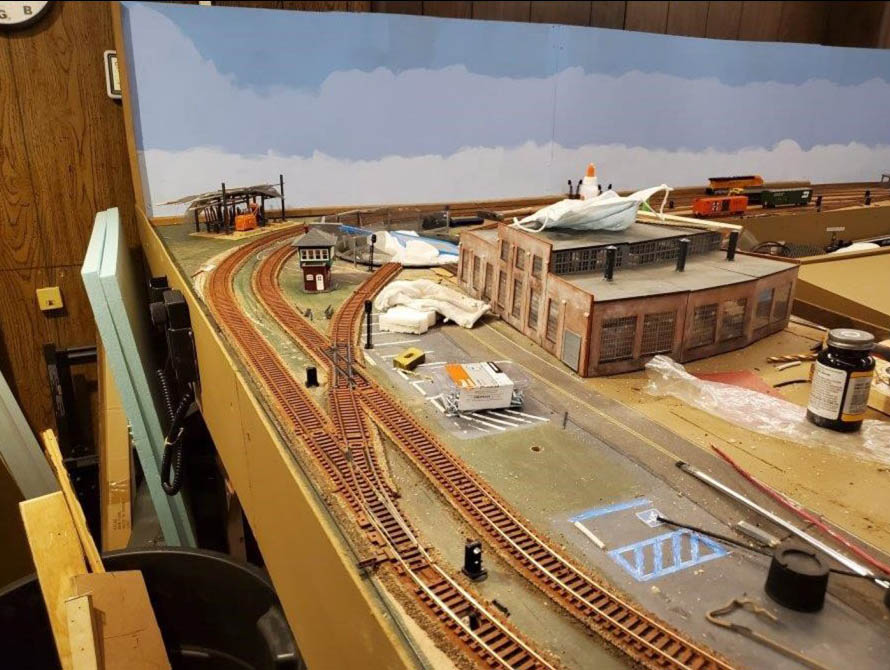 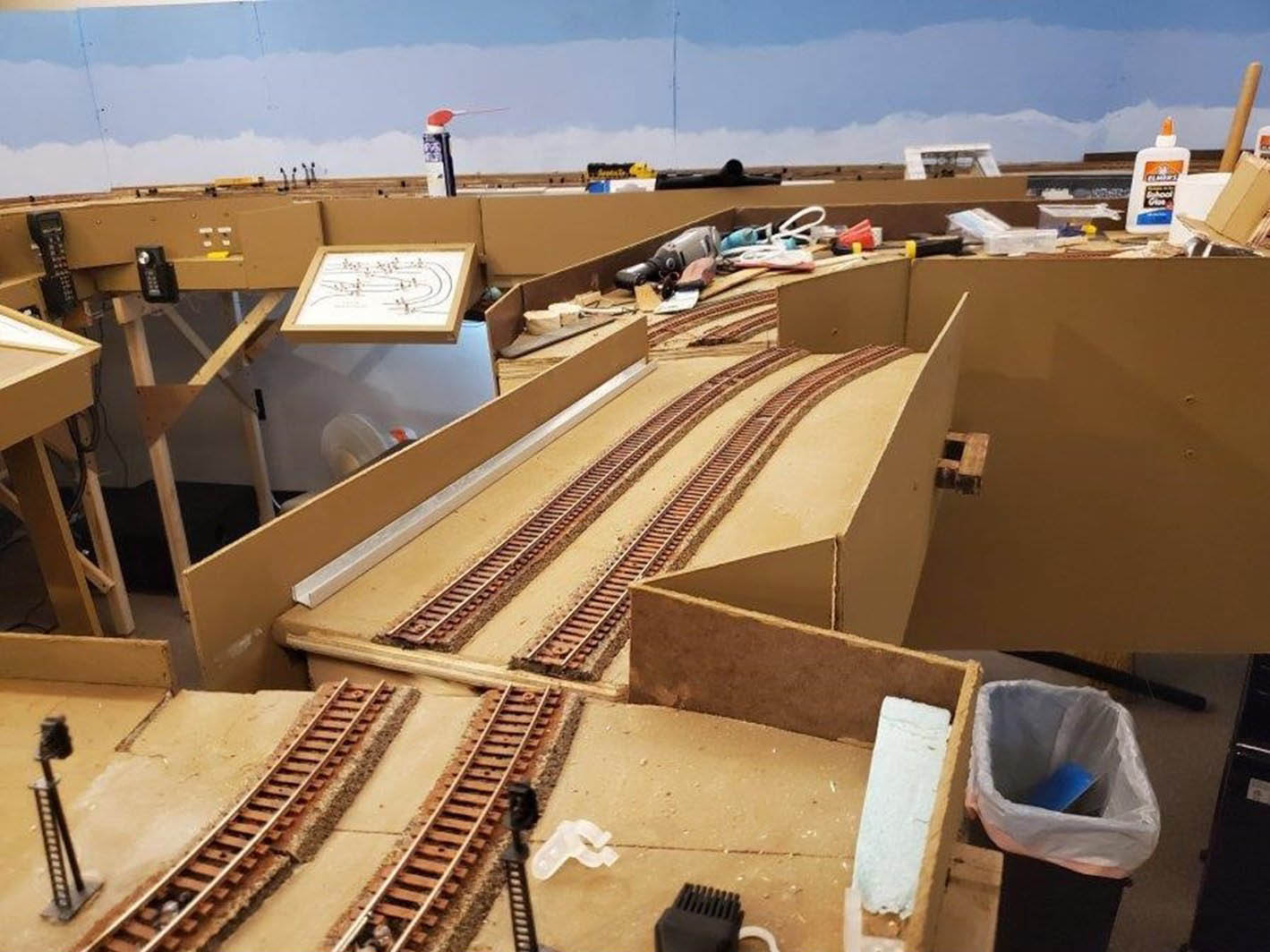 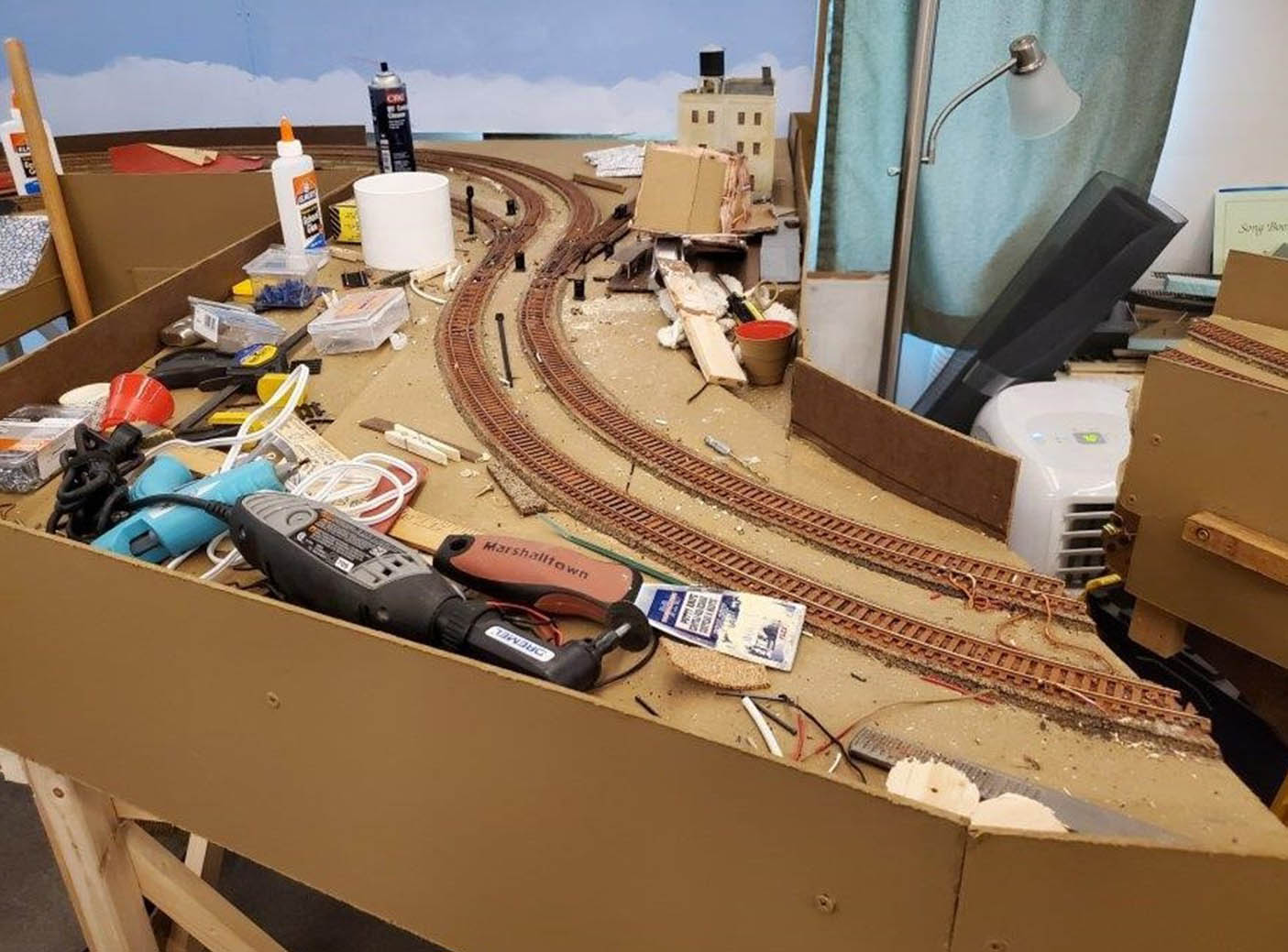 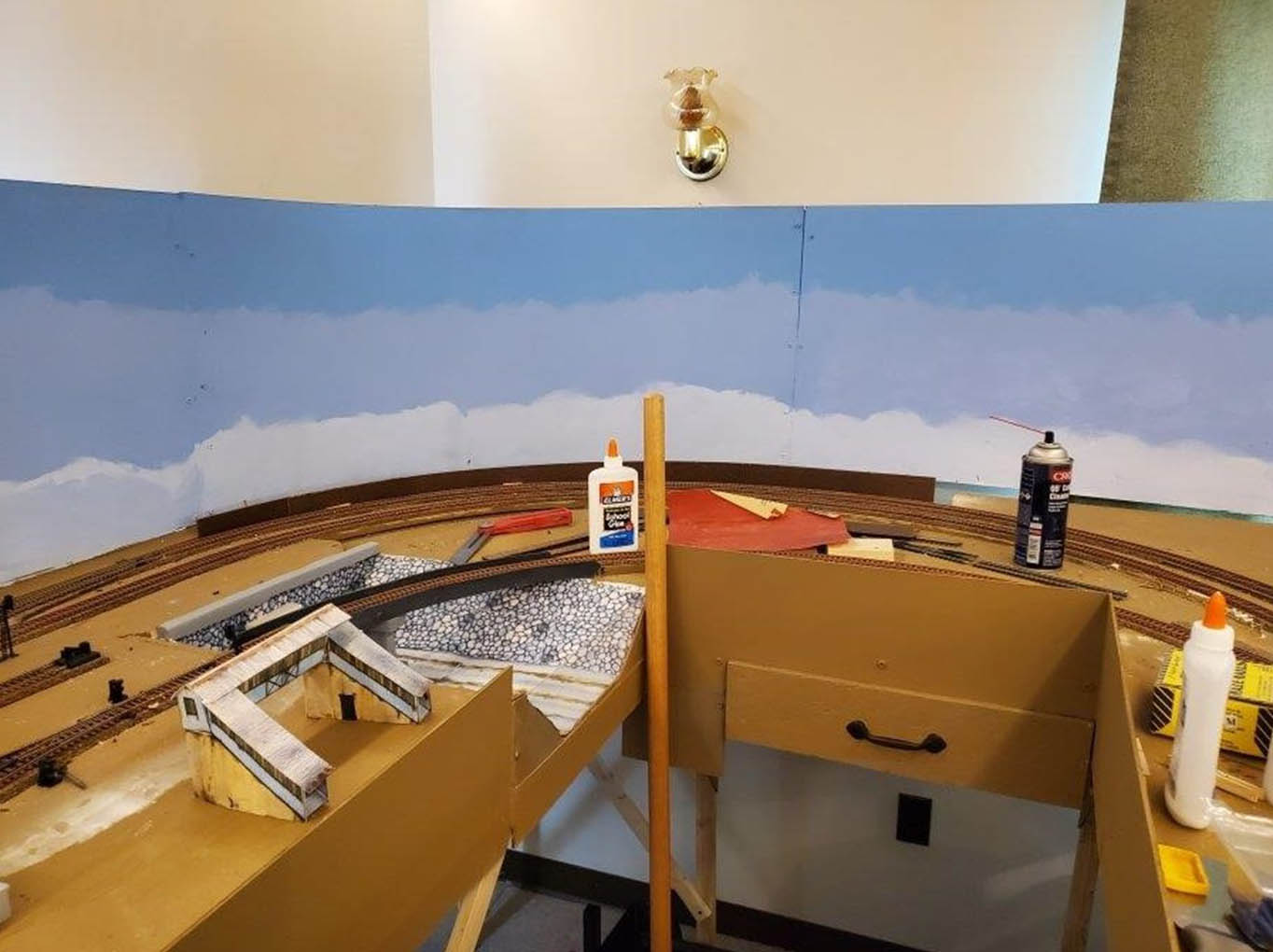 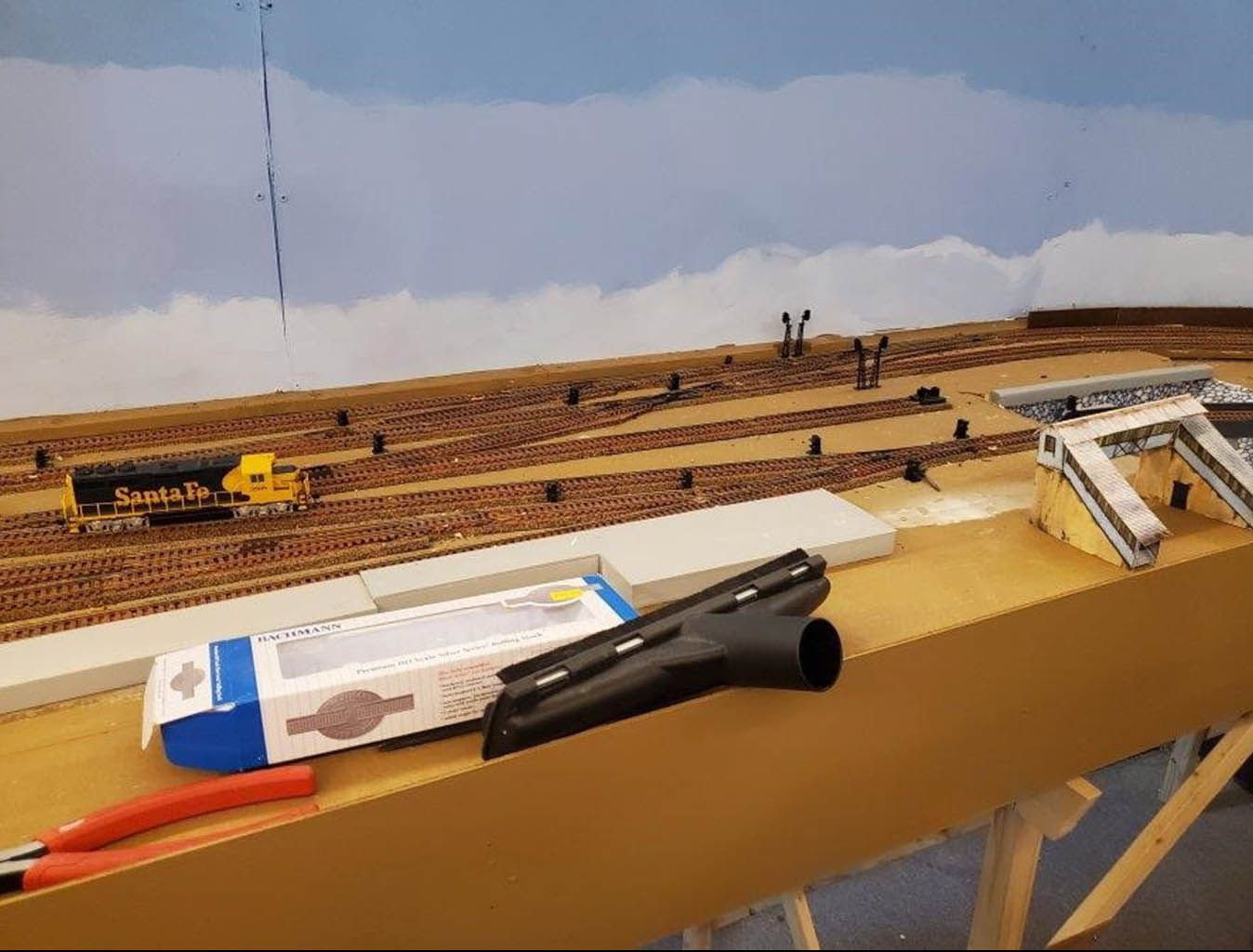 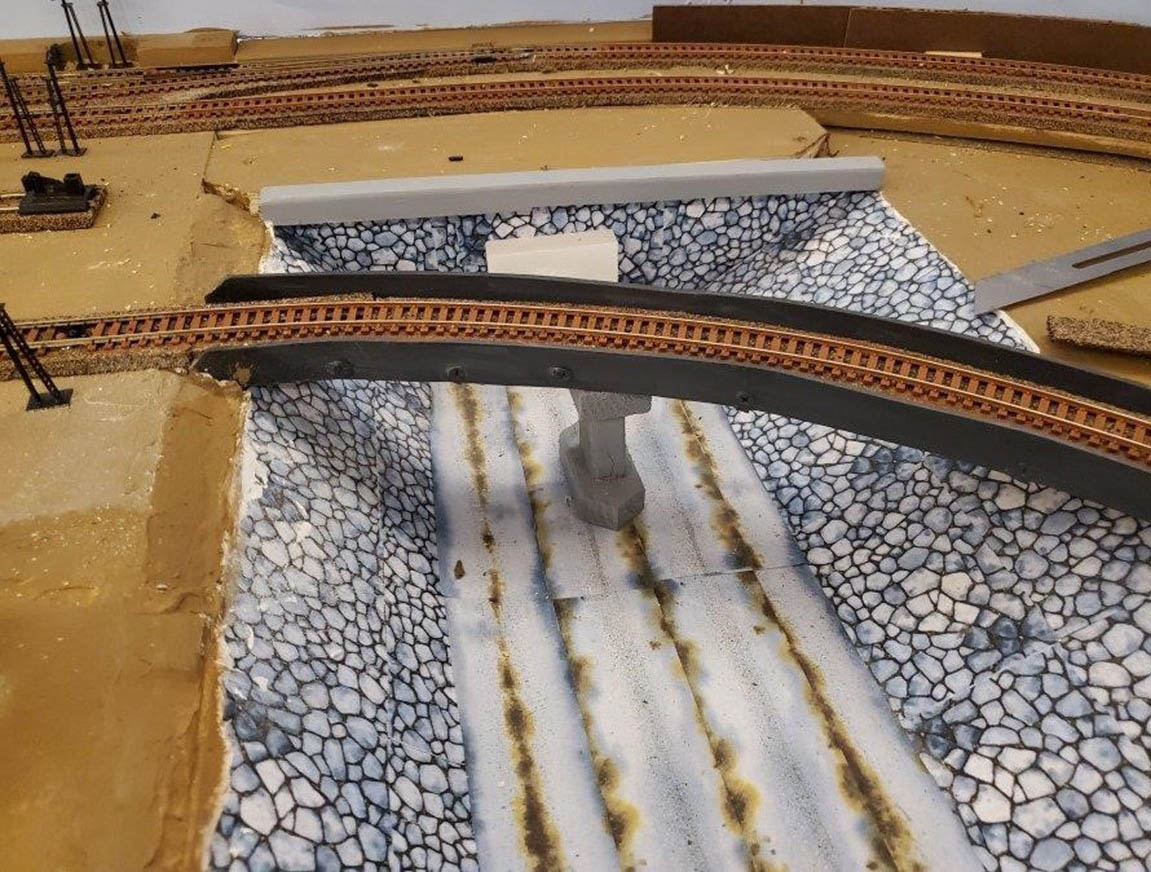 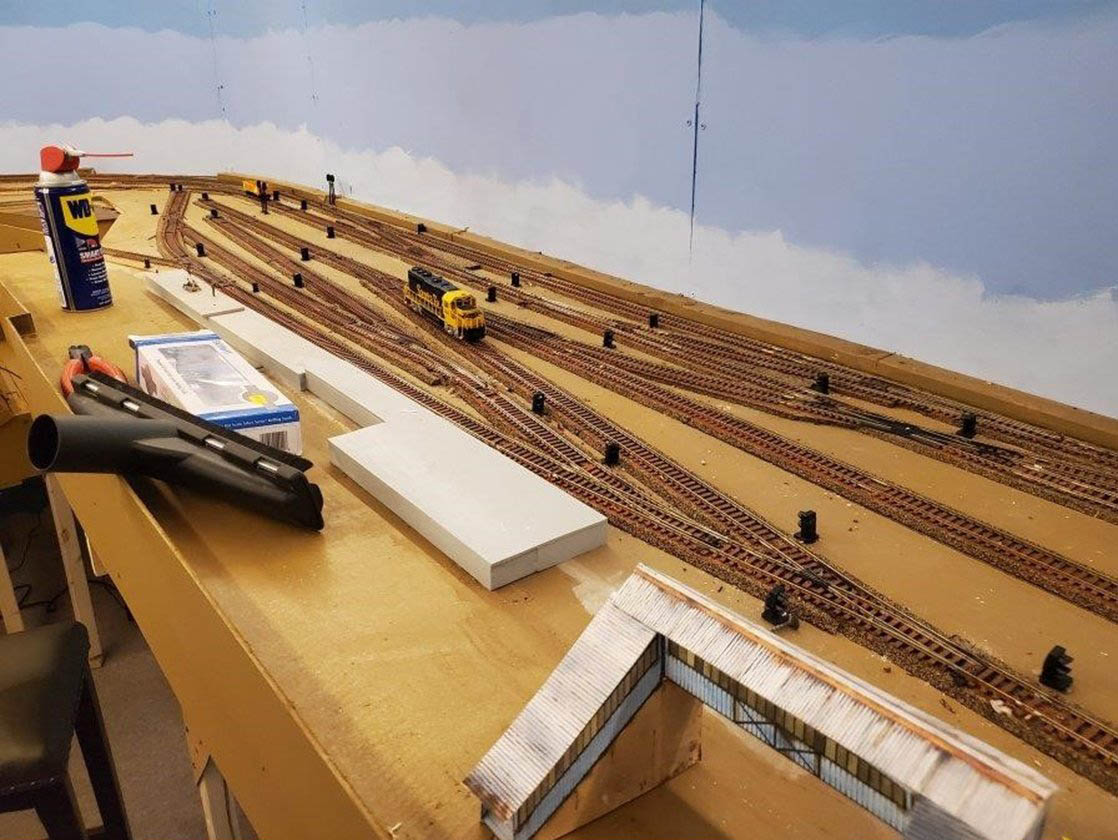 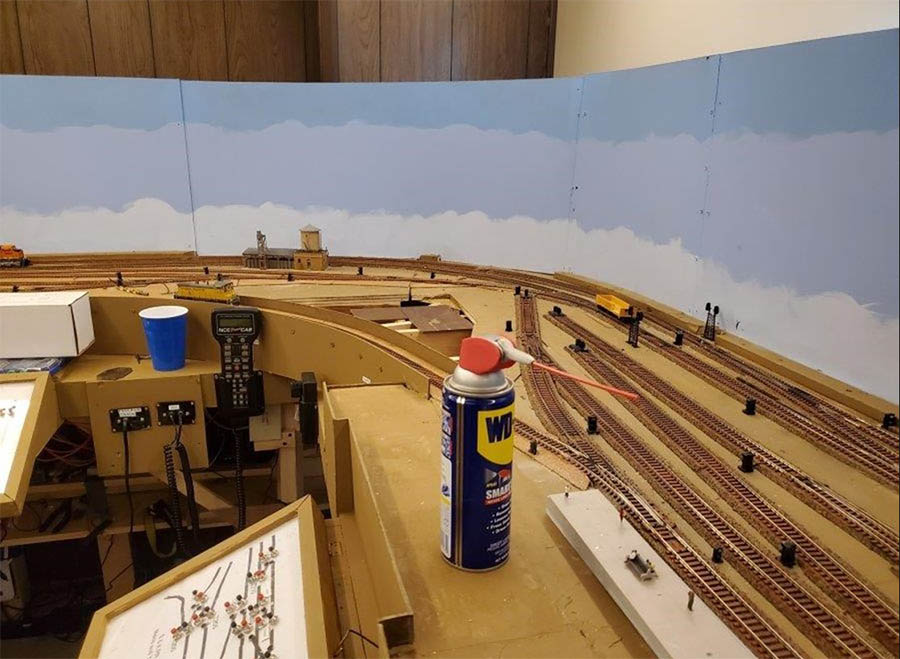 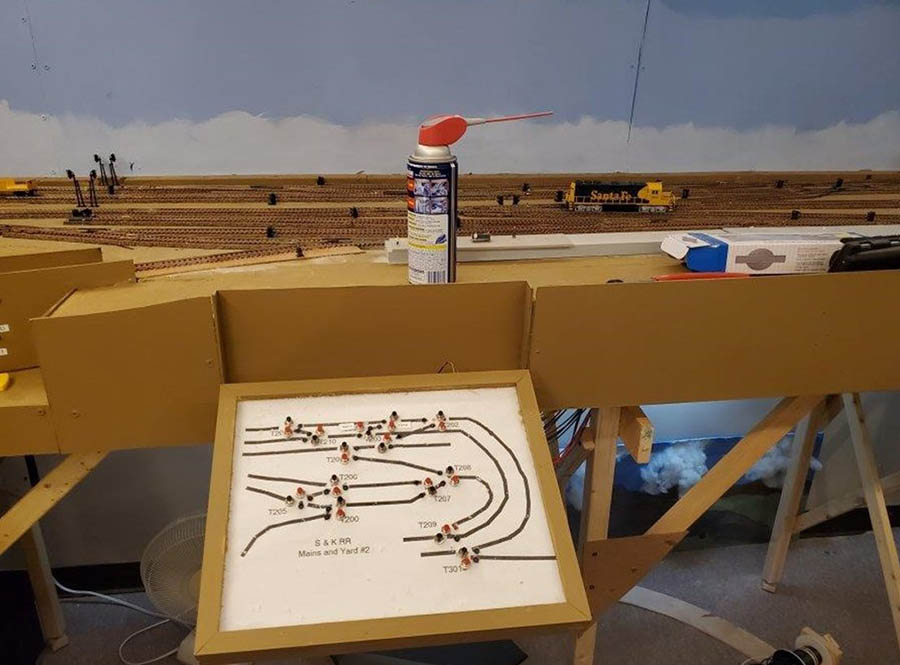 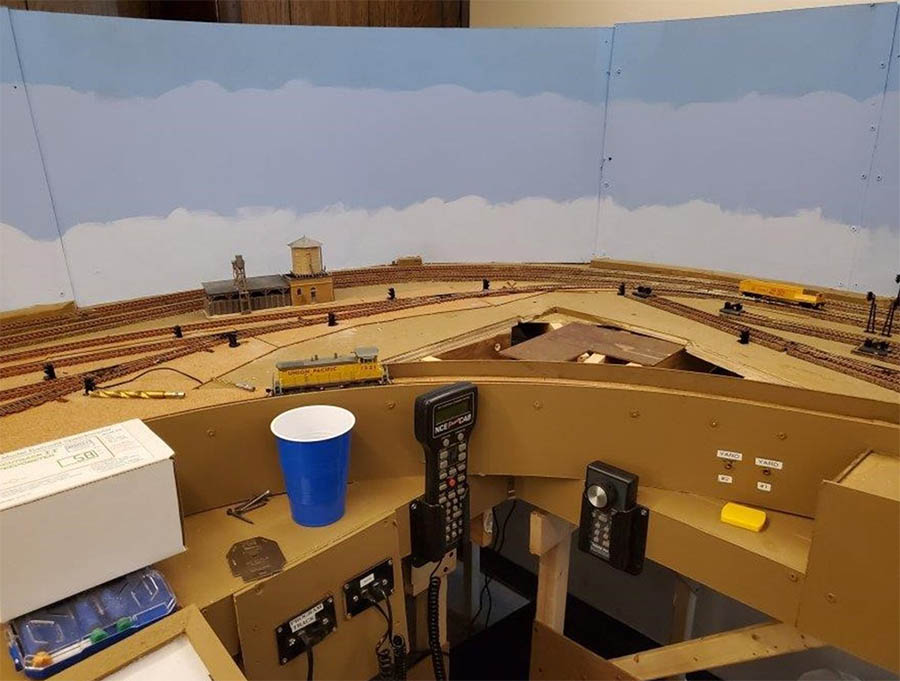 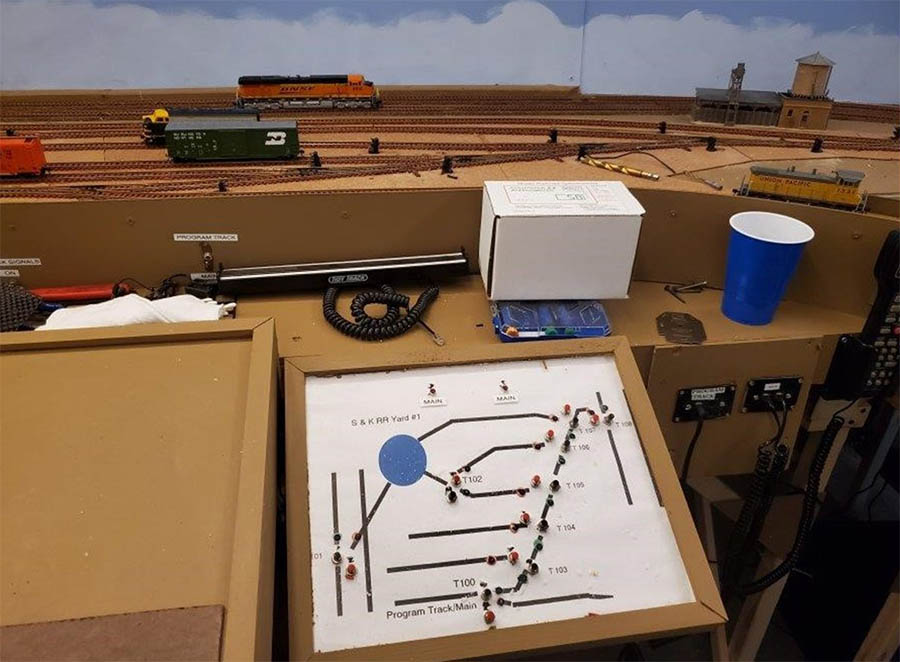 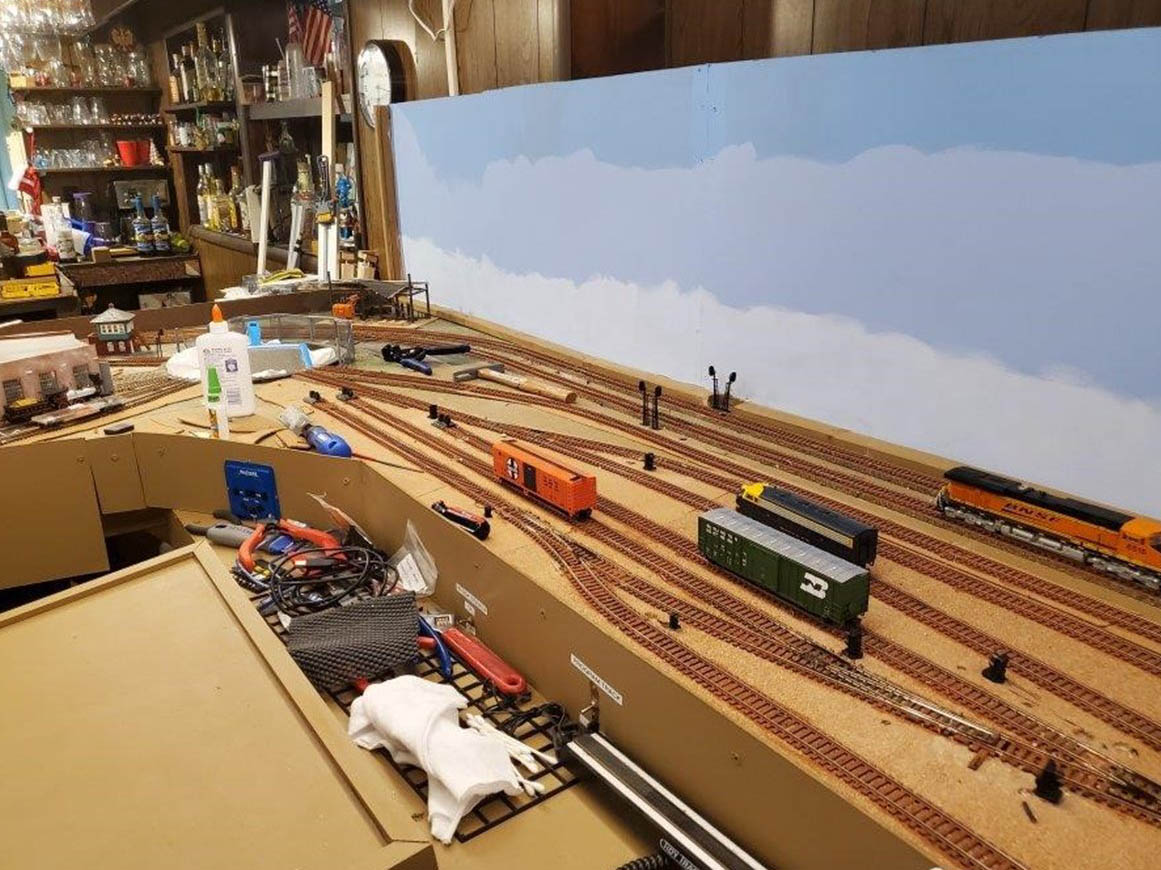 The following are pictures of the block control and other power connections.

I have four PSX1 circuit breakers; one four each half of the double mains and one for each of the yards. 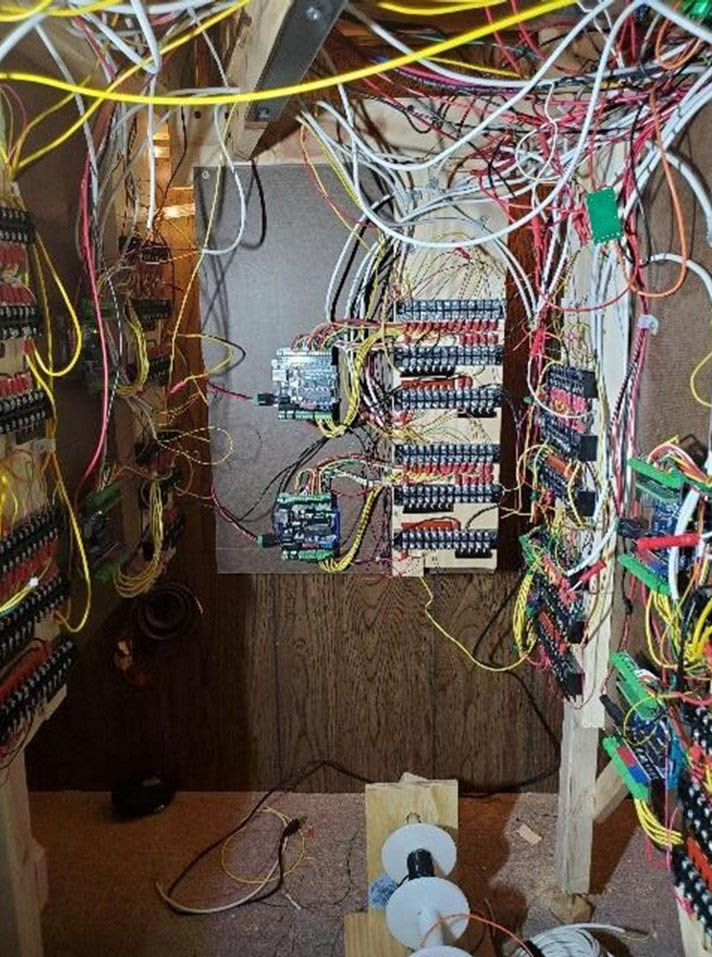 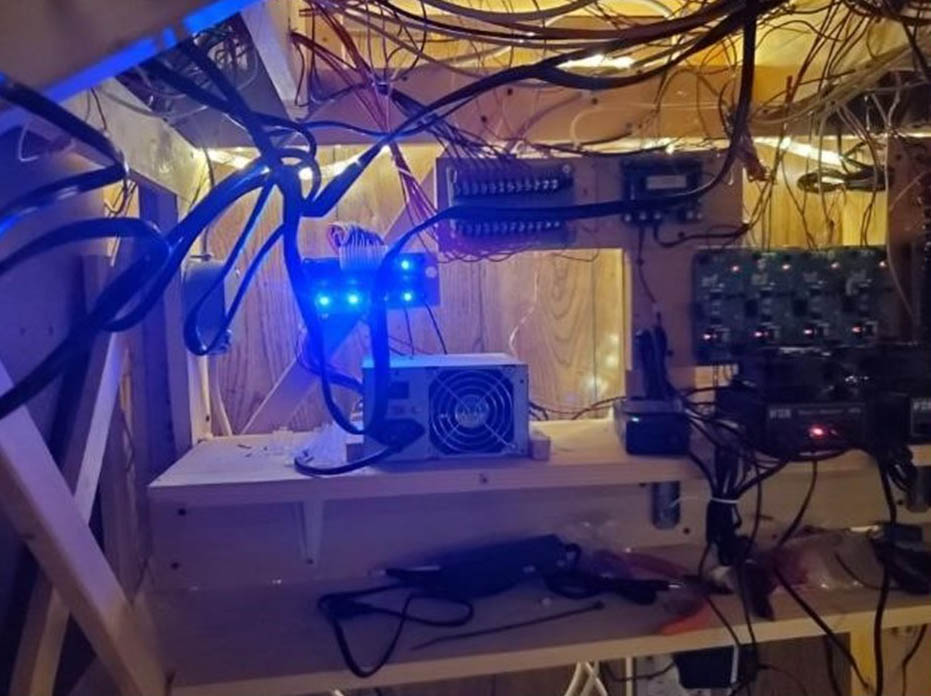 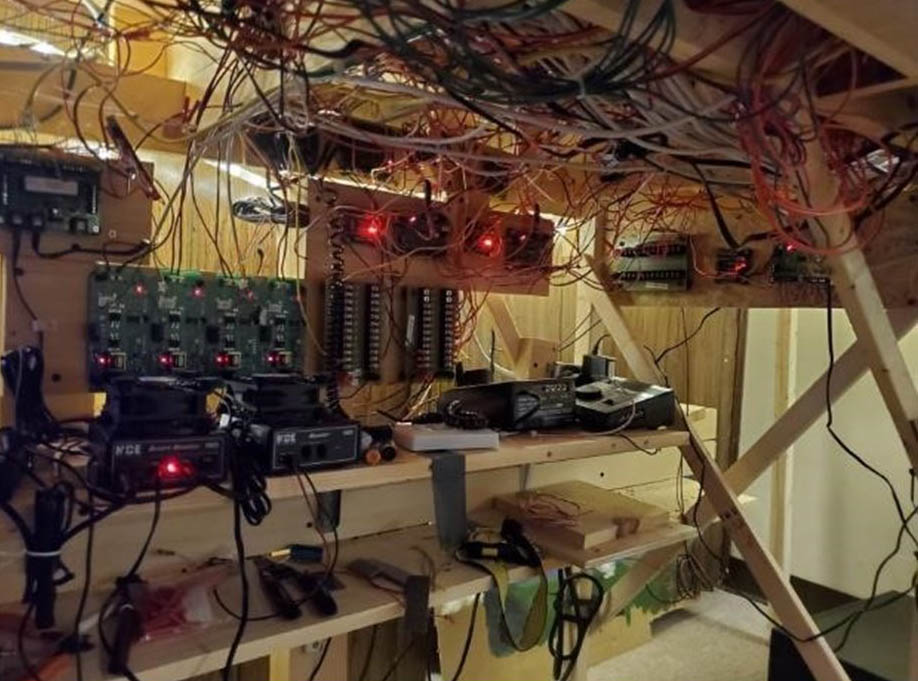 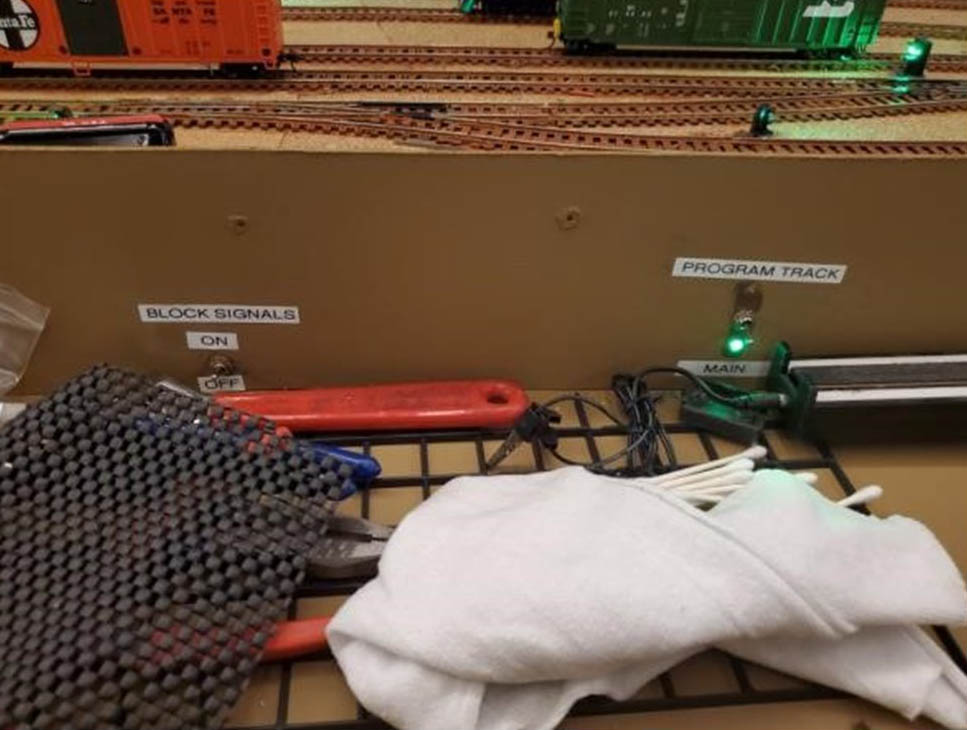 I am currently working on a flashing crossing with working gates for the double main as well as test running all my locomotives.

Once everything is good to go, I will decide on what scenery I want and do the backdrop based on that.

There will be a tunnel in the corner where the drainage ditch is. There is a piece of Masonite protecting trains from falling off. Access is available from below in case of derailment.

That is, it for now. Thanks for all you do for the hobby.

And now to Hall of Fame member, Bill.

He’s sent in this vid of his trains running – stunning stuff:

I’ve taken a little break from project work on the two layouts in my garage and just had some fun running the N Scale layout. I’ve attached a link to the video. Just some relaxing rail fanning before I jump into the next project, or two, or three 🙂

Best to you and all fellow modelers.

That’s all for today folks – a big thanks to Bob for sharing his L shaped HO scale layout, and to Bill.

And of course, he’s in the Hall of Fame too.

Please do keep ’em coming – and don’t forget the Beginner’s Guide is here if you want to get going on your own layout.