Last week a neighbor came over and I showed him around my train layout.

His only comment was” I didn’t know Sinatra played with toy trains!”. Oh well….

Anyway, I have attached some shots of My Last Layout. About 1/3 of the layout is in final form and the rest I have just sitting on the base. I still move things around a bit.

On this layout I painted the top half of the walls flat black and then bought a cheap piece of cotton drop cloth, cut it in half, stapled it to the wall and painted it blue. It kind of draws your attention directly to the layout.

I laid this one out in vignettes that allow me to get a little creative, avoid everything being in the same period and style and provide me with places to put more stuff.

I am pleased with the mine operation. I wasn’t sure how it would look with the structure above and the actual mine below but I like the way it turned out.

I built the ore boat and ore tipple out of my usual bunch of sticks and wood scrap but no matter how I tried I could not build an acceptable tug boat from scratch.

I finally bought a boat kit and made a tug boat out of it. The tires on the hull are rubber washers, most of the superstructure are bits and pieces from my junk box. The main cabin is a cut-down toilet paper cardboard roll, the door is a piece of tongue depressor (my favorite) with a grommet for the porthole.

I wanted to try lighting my structures so I bought a string of LED Christmas lights and use them to light the building interiors.

They look good in the dark but it was kind of a pain to wire all the buildings.

After seeing what the talented Dave has done with his lighting I have decided to add some street lights to my town. Got the lights but haven’t put them in yet.

Speaking of buildings, can you see anything familiar about a couple of the houses in my town (hint-they are made from paper)?

I have also added signs to my businesses named for my family members. Unfortunately, with 6 brothers and sisters and 10 grandchildren I have more names than buildings and some of these folks get a little testy if they don’t see their name on something.

I still have not added the water to my waterfront, just painted the base blue for now. Same with ballasting the track. I always do that last after I finally decide where all my structures will be placed.

You must be careful to not glue down your structures so that they block your track when it comes time to ballast. I learned this the hard way.

Just an idle thought, the more I see the track without ballast the more normal it looks …..hummm!

Most of the structures are now scratch built and I buy a few damaged ones on the internet and fix them up and/or use the parts to build other things.

The more I build the better I seem to get at it. For example, I got a building front, cut it in half and used the bottom to build a store and the top to build a fire station. Hands still shake a little at the most inopportune times. Seems mostly when I’m trying to glue something. 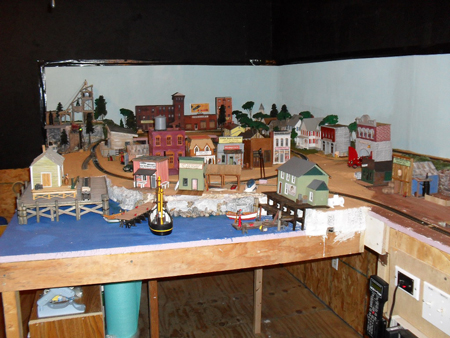 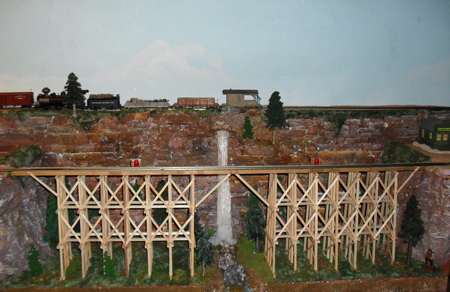 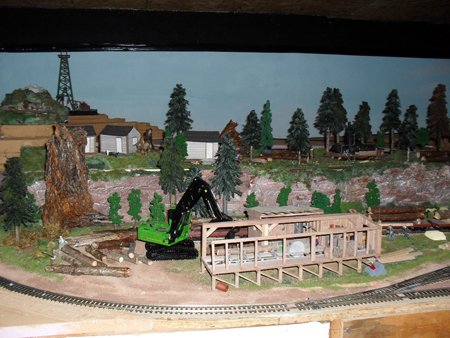 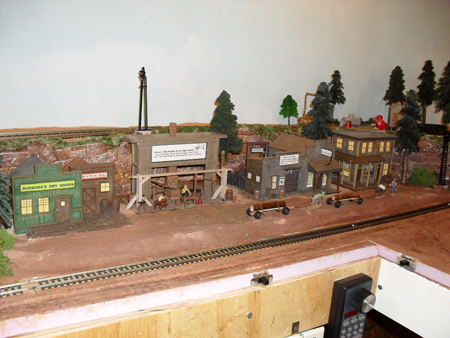 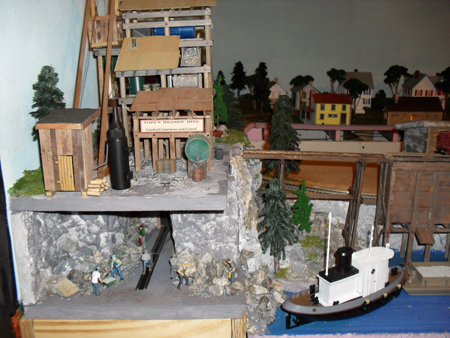 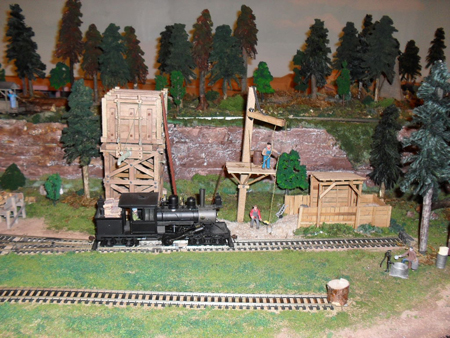 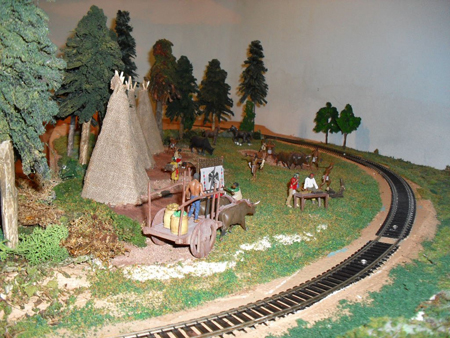 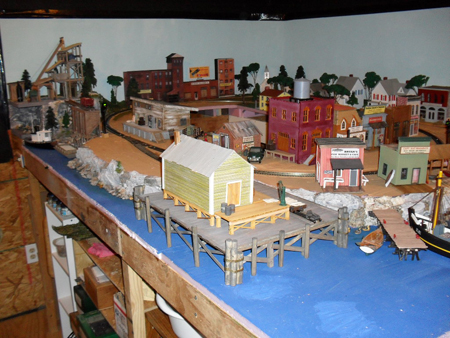 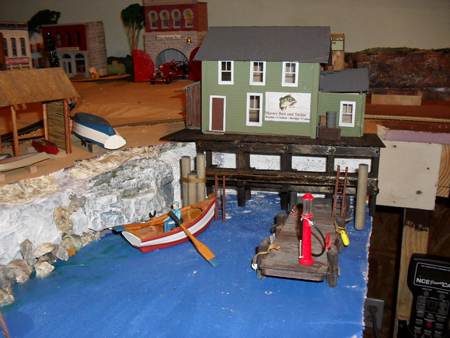 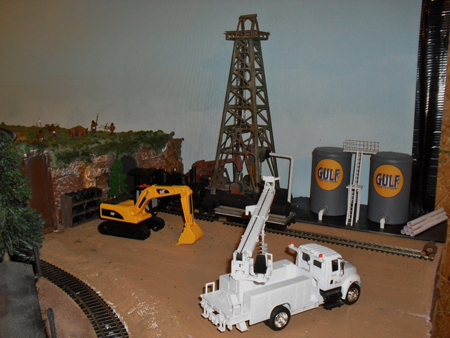 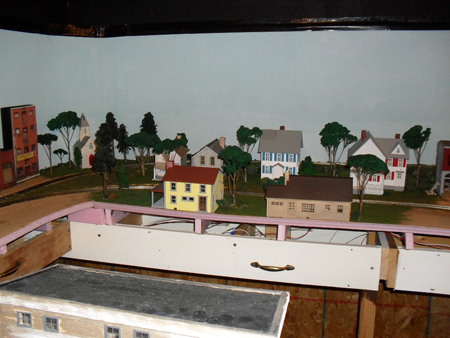 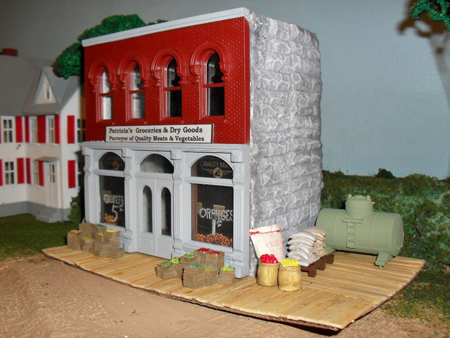 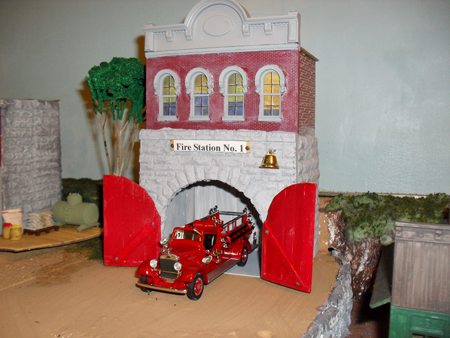 And don’t forget The Beginner’s Guide is here if you want to grab the bull by the horns and get going on your very own layout.