“Below is the approximate Atlas track plan of my layout as of today.

I say approximate because I could not get the Atlas Track Planning Software to accurately display the layout. It is close enough so you can get the idea. 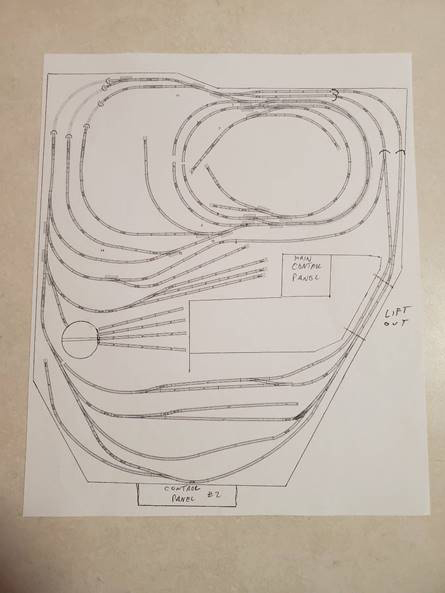 As the saying goes “A layout is never finished.” After all the expansions, work arounds, and problems, I am having problems just running my trains. So I have decided to scrap it all and start a new layout and this time learn from my mistakes and take my time to do it right.

I am going to start with L-Girder framework approximately 44 inches high with 30 inch joist.

Below is the general scheme for and around the wall layout with a swing bridge approximately where the lift-out is on the current layout. The picture below shows just the perimeter L-Girder framework.

Once it is in place I will plan the trackwork and see what I can fit using minimum of 30” radius curves for the dual main lines. 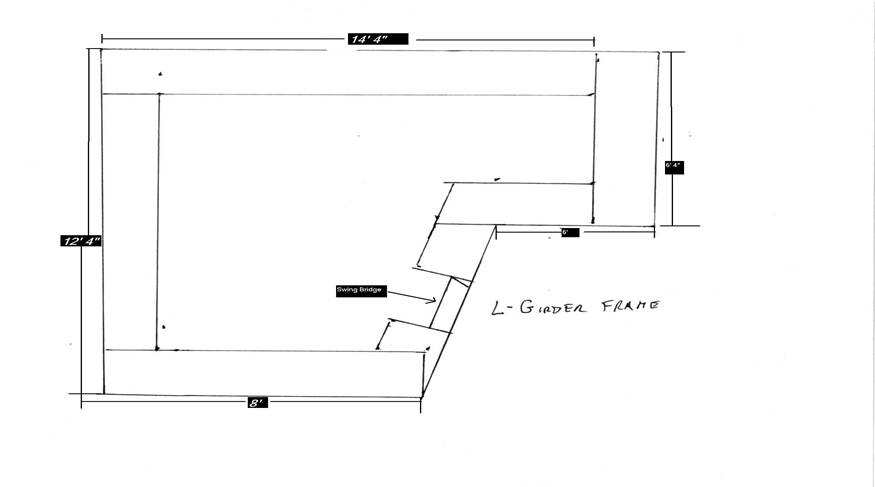 It will take some time to dismantle the current layout before I can move forward. I started the current layout in January and finished the last addition of the second tunnel and the 3d clouds in October. The fun is in the doing and it is not always running the trains.

1st is a resemblance very close to the Tropical Fish Hatchery were I worked in 1971.

2nd is the Shell service station were i pumped gas and then later became one of the day mechanics from 1972 till 1981. Cars in front of station are the ones I have owned over the years.

3rd is Oscar Wilson, they were a lawn mower and bike distributor for parts.

4th is the fire station not exactly the building but you all get the idea. 1981 to present.

I will throw in a few other pics and that will complete the shelf layout that runs around the ceiling.

We will continue with the lower expansion in a few days or so. 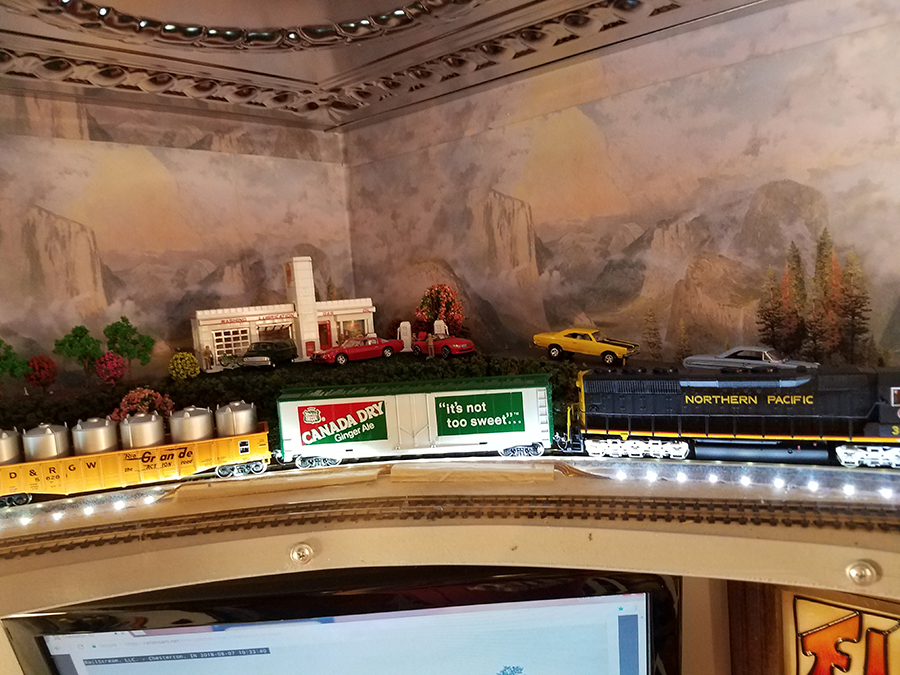 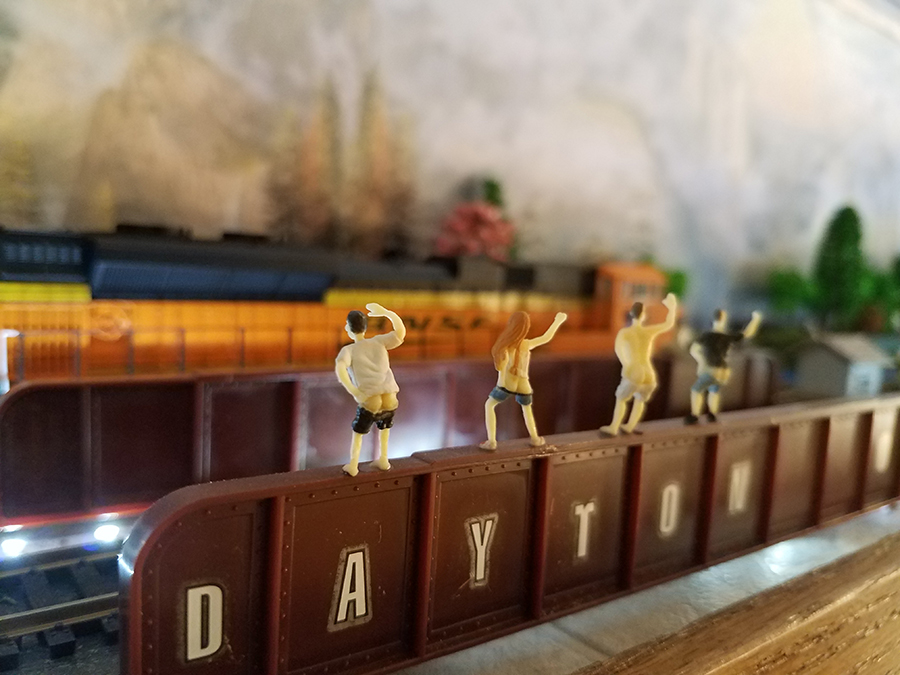 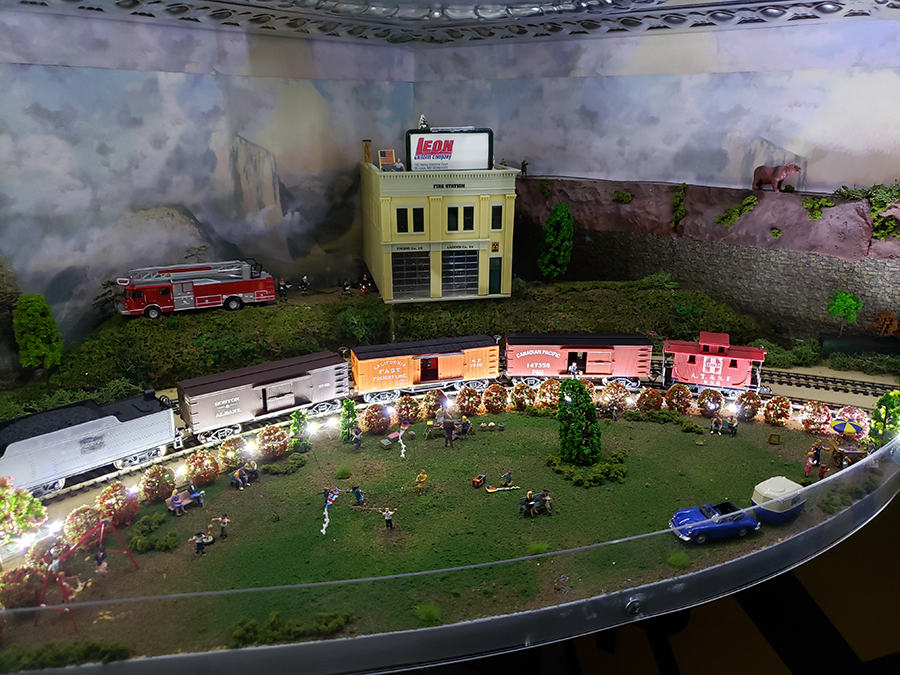 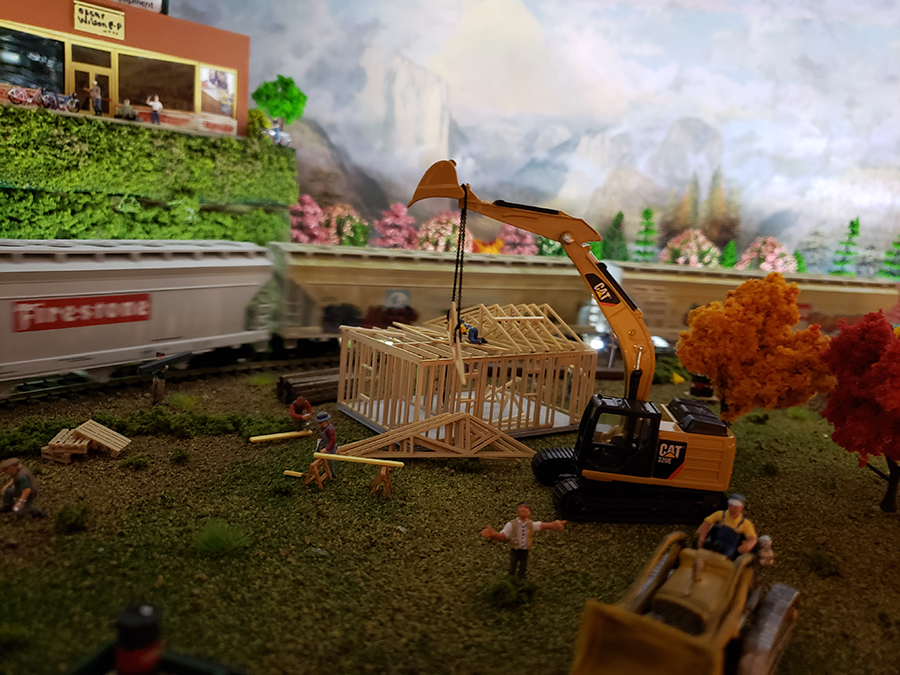 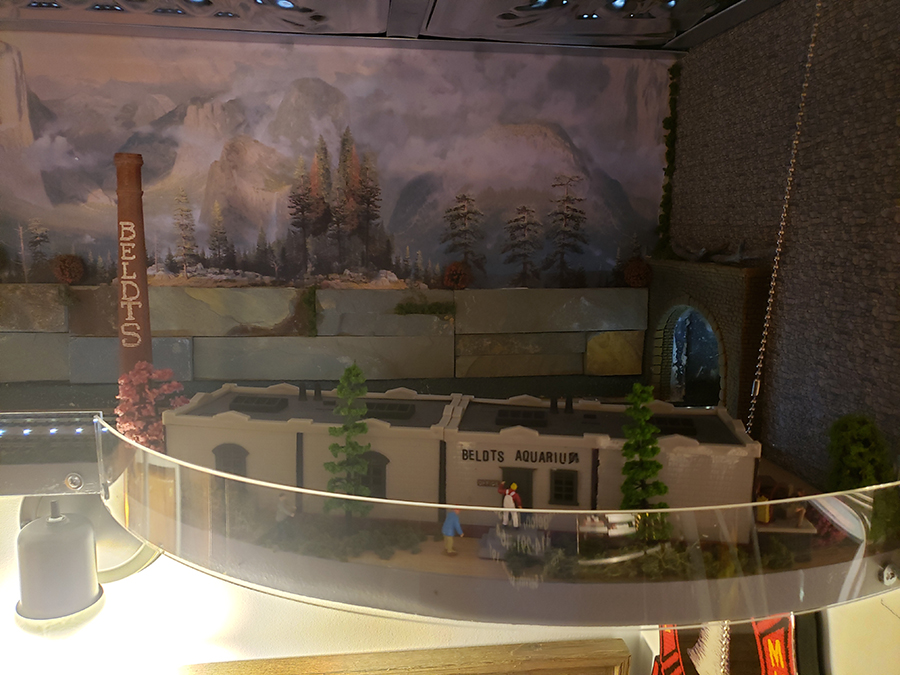 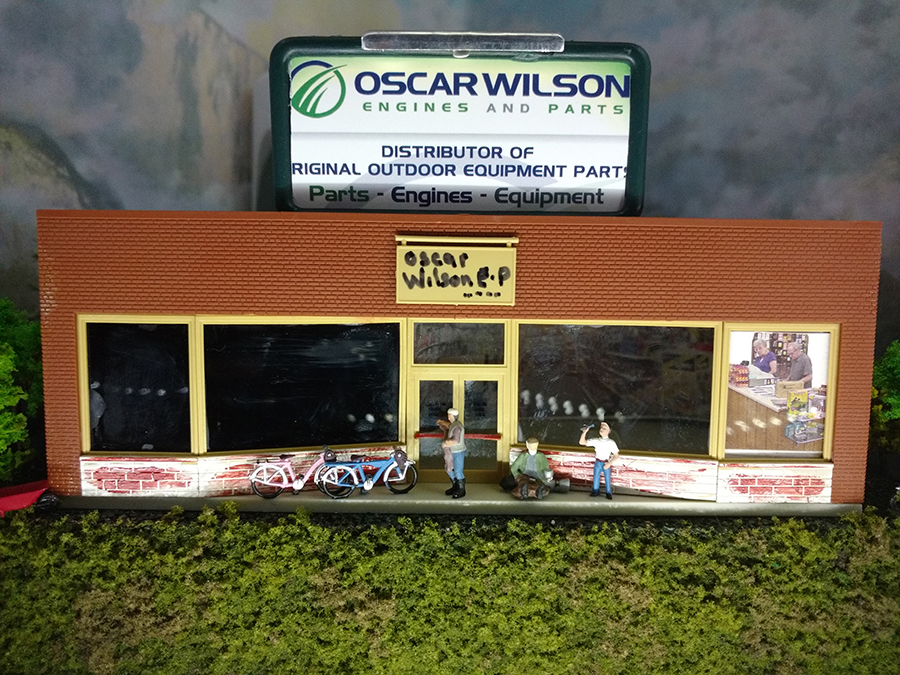 If you missed Eric’s first post, it’s here. And apologies, I got it wrong – Eric’s not retired yet. My mistake.

Now on to Dave:

Just uploaded this video showing (or trying to show ) the different types of Track and Points.

Also how to fit the Peco side Mounted Points Motors, have shown as best I could, not great at explaining things, but think most will get the Gist of all this…

At the end my conclusion is that using the Peco Electrofrog Points with the side Mounted Points Motor is the easiest and best Path to follow.

A big thanks to Bob, Eric and Dave.

Really do love what Bob wrote:

“The fun is in the doing and it is not always running the trains.”

I couldn’t agree more – if your thing is running trains, then great. If your thing is landscaping, then that’s great too. It really doesn’t matter what your ‘thing’ is – just enjoy it whatever it may be.

That’s all for today folks – but please do keep ’em coming.

And don’t forget the Beginner’s Guide is here if today is the ‘the’ day – the day you take your first step on your model railway.