The latest from Cary on his G scale

Cary’s been back in touch with an update on his monster layout:

“My name is Cary from Crestwood, Kentucky. I’ve been working on my outdoor G scale layout – I have yet to lay the first piece of track, but the ground work is done, I’ll be laying track this summer.

If you want to get an idea of what the outdoor layout will look like, it’s here:

I have both Bachmann and Aristocraft trains which are 1/22.5 and 1/29 scale respectfully. I build to 1/24 scale which is also known as 1/2 scale (10 ft = 5 inches, 6 feet = 3 inches etc.) It’s a bit of a tradeoff between having nice detail and having something that will hold up outdoors. In addition to weather elements, I know I’ll have deer and other critters walking across my layout.

Time period is late 1930’s. Location to be rural mountain area in the U.S. G scale accessories are not as commonly available as HO and far beyond my limited budget. I’m having great fun scratch building, using improvised materials and shopping the second hand stores for little pieces of treasure. The vehicles are all die cast metal and consist of toys and truck coin banks that I can
usually find for $12-15. The ability to make people (and other accessories) out of clay has really made the hobby more interesting and creative.

Here’s some of this winter’s projects, hope you enjoy. 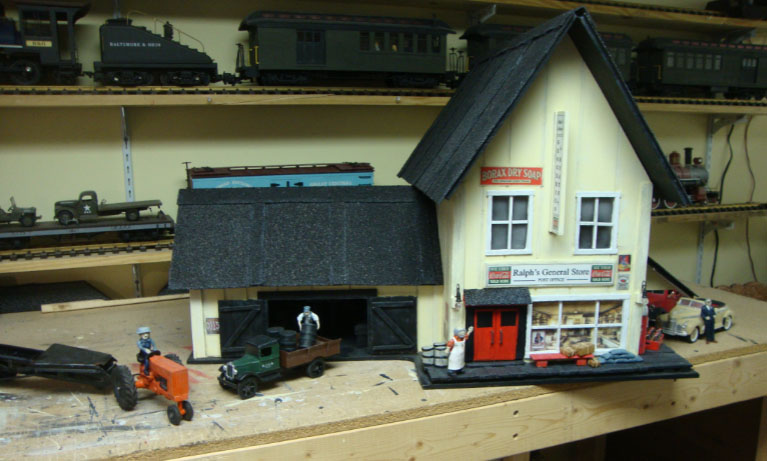 I found the farm equipment at a second hand store and the tractor from Ebay for $8. The truck is a modified 1/25 scale coin bank. 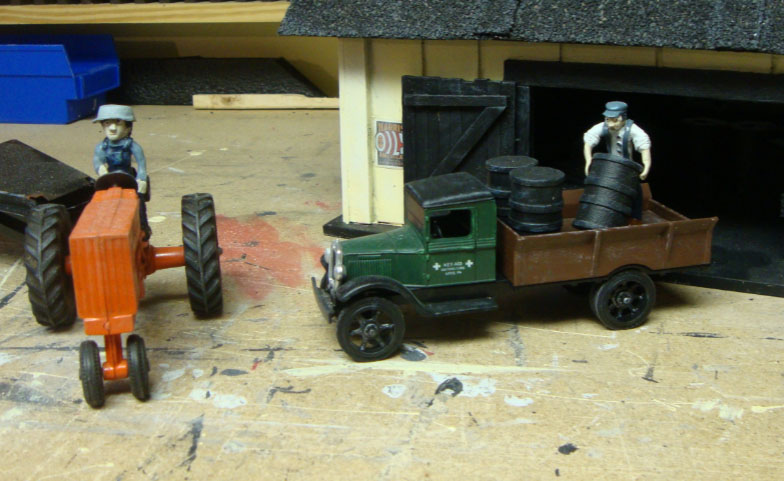 I found the image in the front window on the internet and it turned out to be a nice touch. The packages are dollhouse accessories that I coated with polyurethane. The flour sacks are clay. 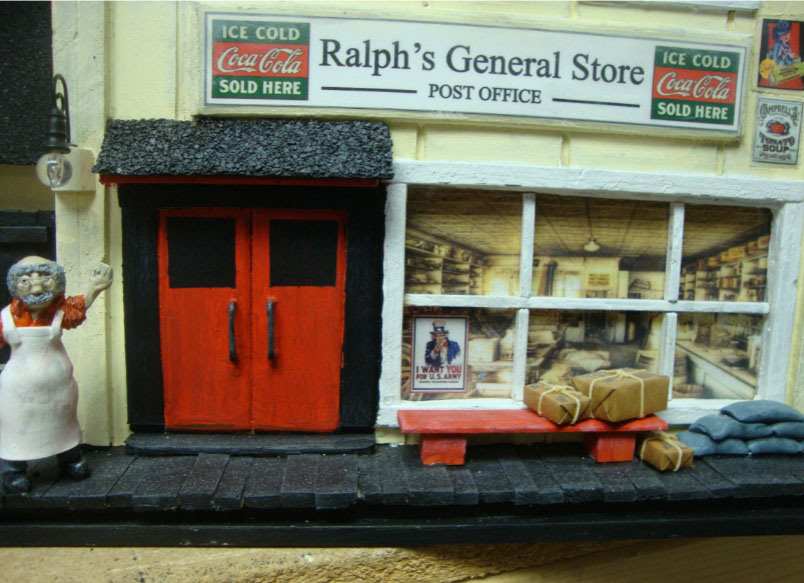 All the figures are sculpted from clay except the gentlemen next to the convertible, he’s a pewter figure I found in a 2nd hand store for $5. 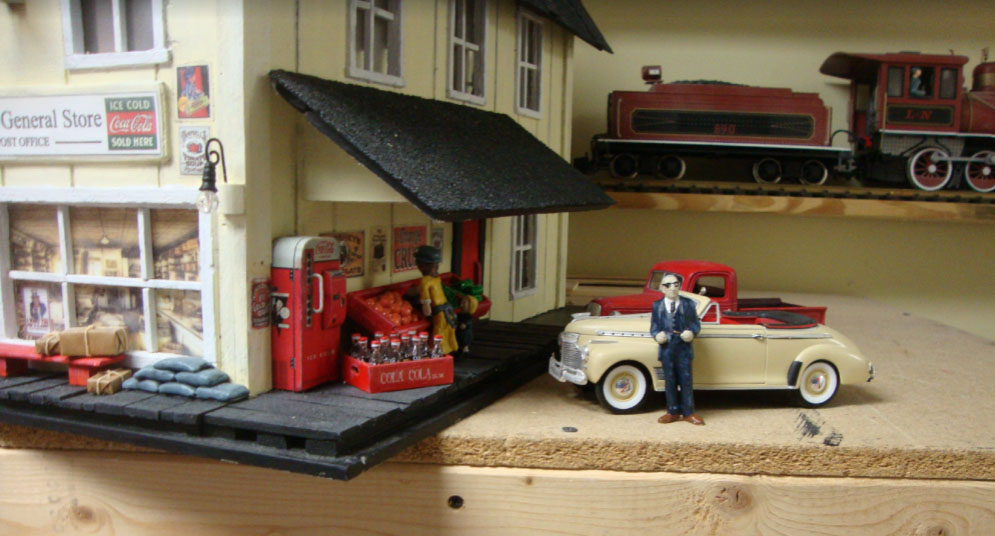 The coke bottles are dollhouse accessories from Hobby Lobby. The produce was made from clay and the coke machine was built from a template I found at paperdioramas.com. I found the signs on the internet, laminated and used double sided adhesive to attach them. Just about everything has been lightly dusted with flat lacquer to remove any gloss. 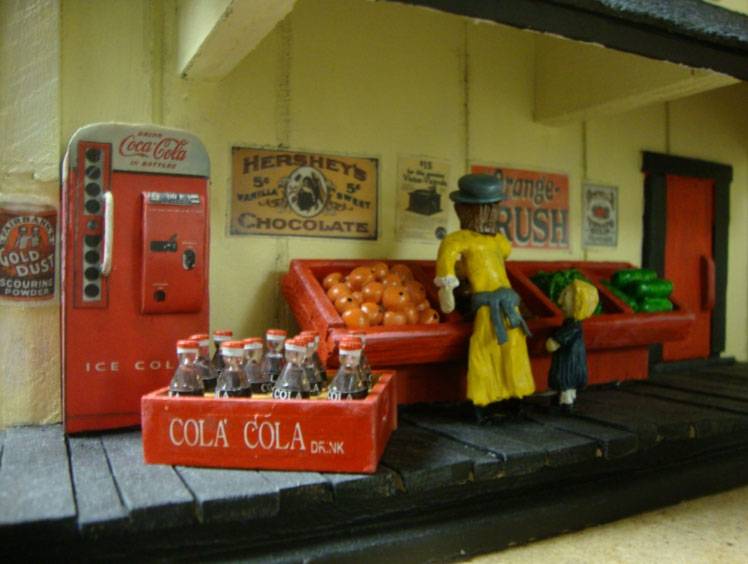 “The Old Woman and the Bear”

The chimney and both figures are made from clay. I found the bear in a second hand store for 50 cents and he became the inspiration for this project. 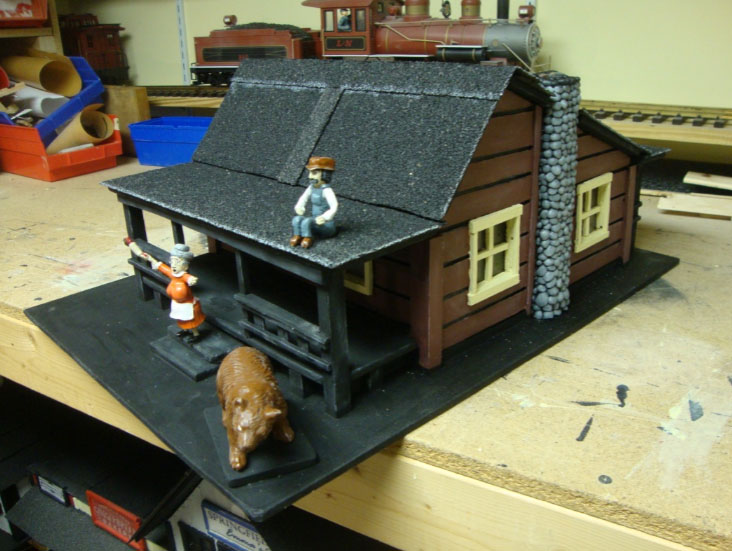 I intend to put this in the wooded area between the two towns I currently have planned. I’ll be on the lookout for accessories to place around the building to give it a more “lived in” appearance. 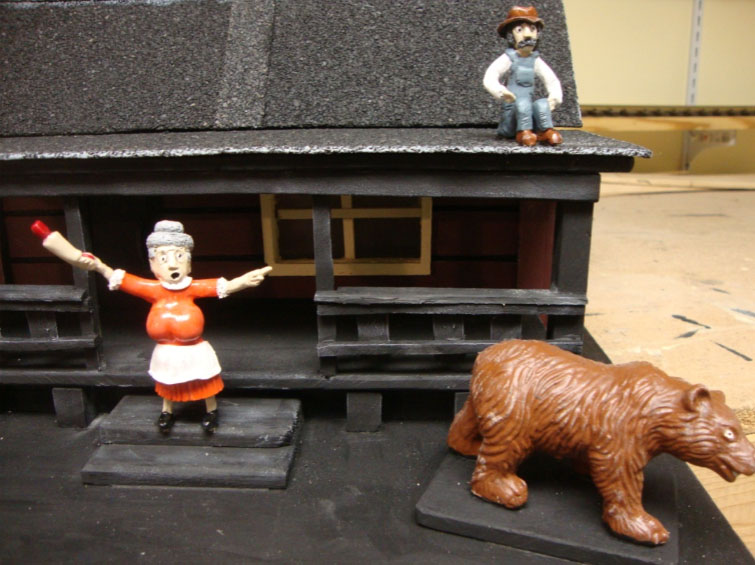 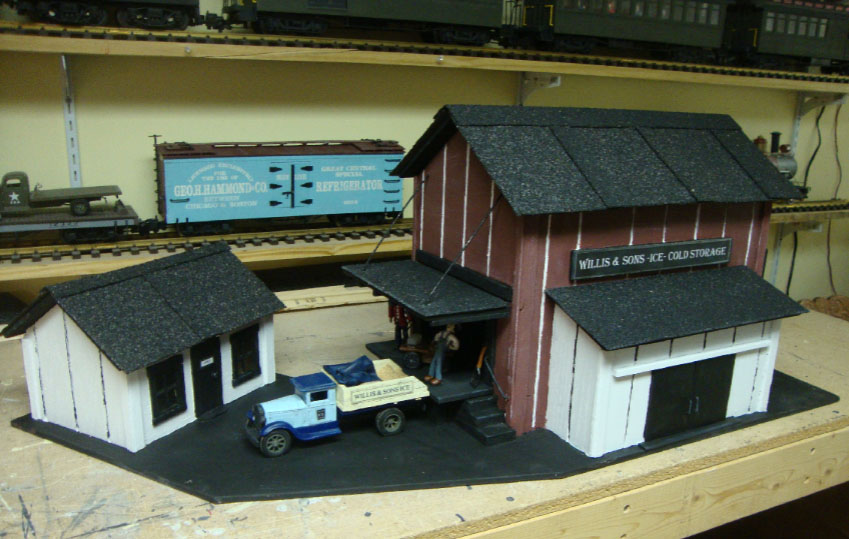 The truck is a 1/24 scale die cast coin bank modified to a flatbed. The tarp in the back of the truck is clay. 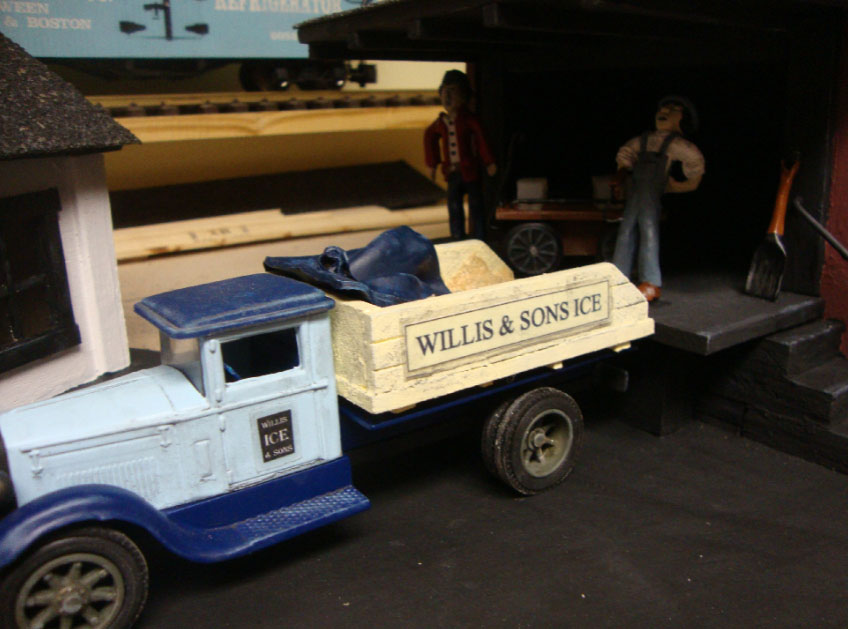 The figures are clay, the ice blocks are hot glue shot into a mold lined with silicone release paper. The shovel is also clay and the cart was scratch built using some wheels from a toy. (The worker is suffering from a bit of back pain) 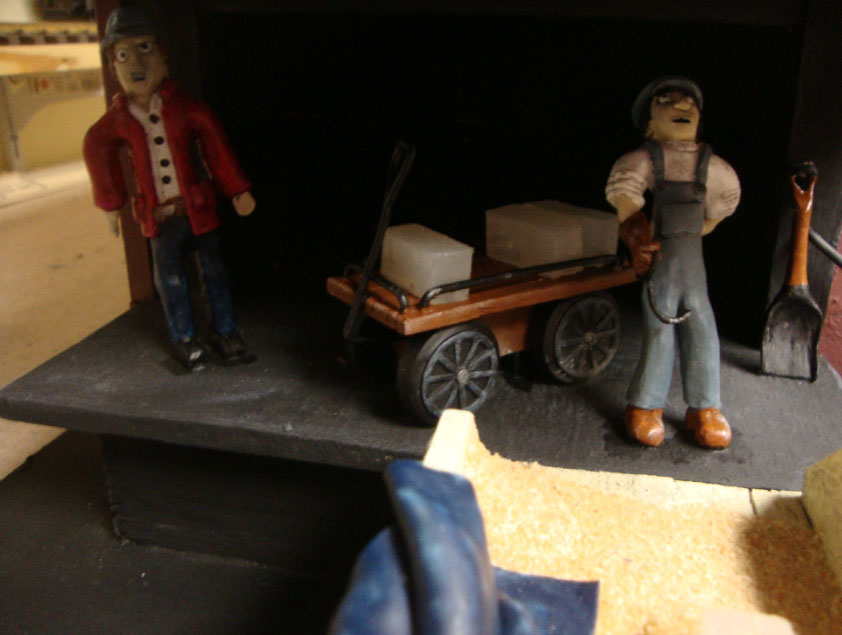 The Ice House was built in the 1800’s for storage of “natural” ice hauled in from the frozen lakes. With the coming of electricity, the owner has upgraded his operation to include an ammonia refrigerant system. 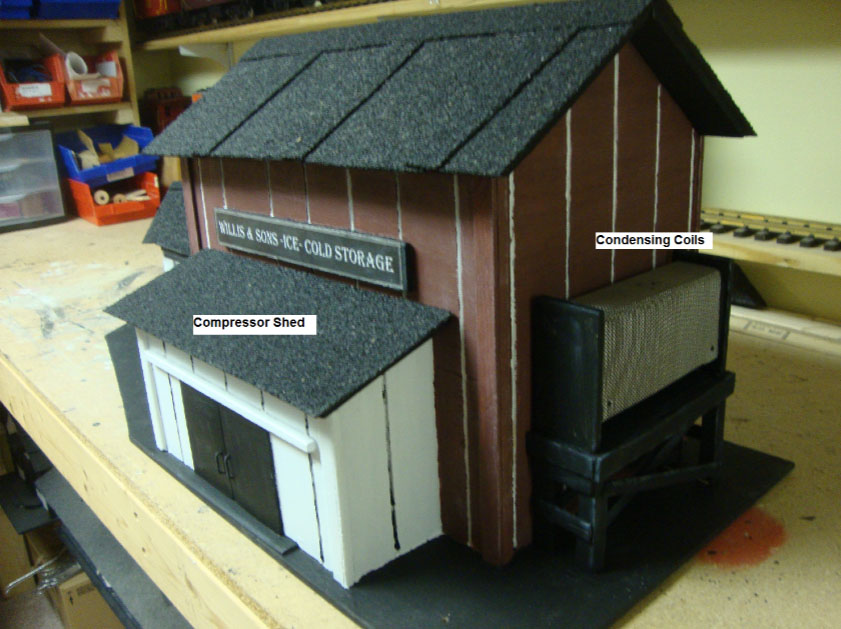 I always look forward and appreciate getting Alastair’s emails to see what you all are up to. I hope to have trains running by the end of summer and have my layout populated with my creations next summer. The sooner the better, I’m running out of room to store them!

It’s so great to be able to share my progress with other enthusiasts who have the same passion. Thanks for viewing my post and happy modeling!

A huge thanks to Cary – a wonderful update, and it just to show (again!) that you don’t have to spend a fortune to have with this hobby.

That’s all this time folks. Hope you’ve enjoyed it as much as I have. And if Cary has made you feel like springing off the armchair, rolling your sleeves up and starting your layout, the Beginner’s Guide is here.

22 Responses to The latest from Cary on his G scale