Rod’s been in touch again. And Im so glad he has.

Anyone who has toiled over creating a layout will read his piece below and nod in agreement.

And if you haven’t taken the plunge yet, read Rod’s words again and again before you start. Then keep going back to them.

My Diano Marina layout was in the Cardiff exhibition last weekend and this has borne in on me a few things that I think it’s too late to worry about now, but which I wish I’d thought to plan in to the design at the time of building.

Firstly, access: we’re all getting older and frailer, but at least three potential operators have such trouble getting down under the baseboards (or at least getting up again once inside) that having the controls inside the doughnut was a serious problem for them.

I have seen layouts that have a lifting section to let you in, and there’s a place on mine where I could have done this (major reconstruction job now, so not really an option) and as even I am now starting to get sore joints and back it would have paid dividends.

Secondly, section breaks: I hate wiring work and so I left a few block sections to end just at handy baseboard joints which reduced the cross-baseboard-joint wire connections required (yay!) but means operators who rarely see the layout have to remember not just which line their train is on and which signal to stop at, but whether the train can then be isolated by the switch on the control panel or only by the points ahead of it.

Since I’ve done my best to blend in the baseboard joints scenicly, it isn’t that easy to tell whether the loco has passed the block joint. We had a few runaway trains because of this. That bit of extra wiring work would have been well worthwhile.

Third, lighting: although we were in a sort of conservatory extension, and it was plenty light during the day, when the sun went in it was very obvious we lacked an overhead lighting rig.

The baseboard legs are only 2″x 1″ so I don’t want to add the weight of a whole pelmet structure, even if I was willing to spare the time and cost of making it, but I should have planned it in.

The street and platform lights I added recently were much appreciated and it leaves me regretting I didn’t make provision for internal lighting when I was making the buildings.

Finally, wiring again: like Topsy it just growed, and although I have kept lists of what wire goes to what pin of each plug terminal (better than nothing) I had no overall schematic or determined colour scheme, so when you look under a baseboard it is a daunting mass of wire, mostly red, white and yellow, running in all directions, and you wonder where to start when looking for a fault. Having a clear system and record would have helped.

Hope this assists someone to avoid my mistakes. The photos show the layout in situ, with several friends inside trying to work out why nothing’s moving, and my wife Sue outside talking to the public to prevent them distracting the operators: secondly, an E636 on the propane tanks standing just over an electrically crucial baseboard joint which is 3″ past the bridge abutment; and finally an EMU passing the campground, with one lonely streetlight visible but none in any of the buildings. The big pink monster in particular has all solid floors and no interiors except in the penthouses. Oops. 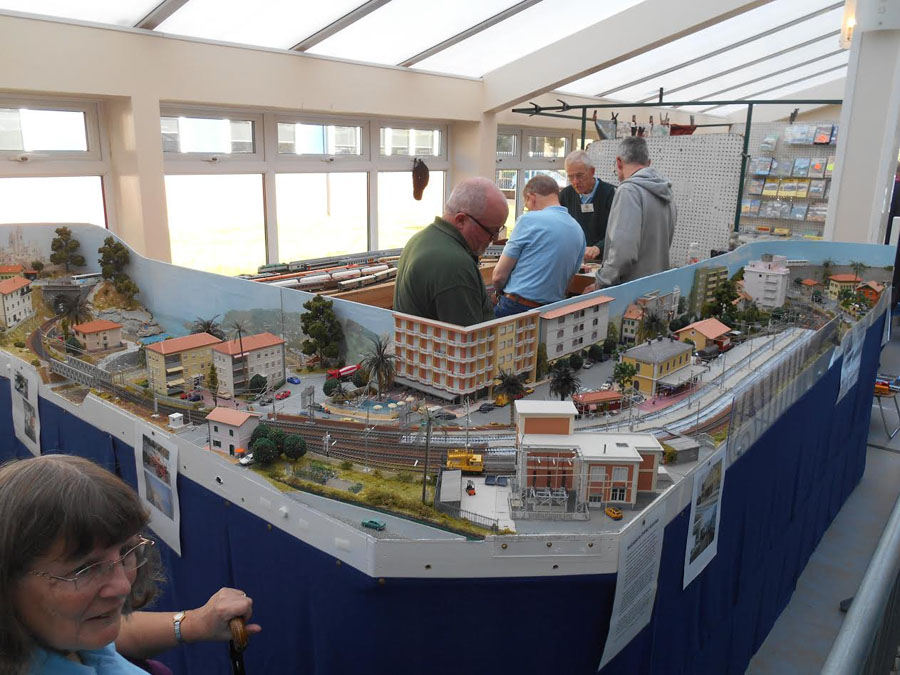 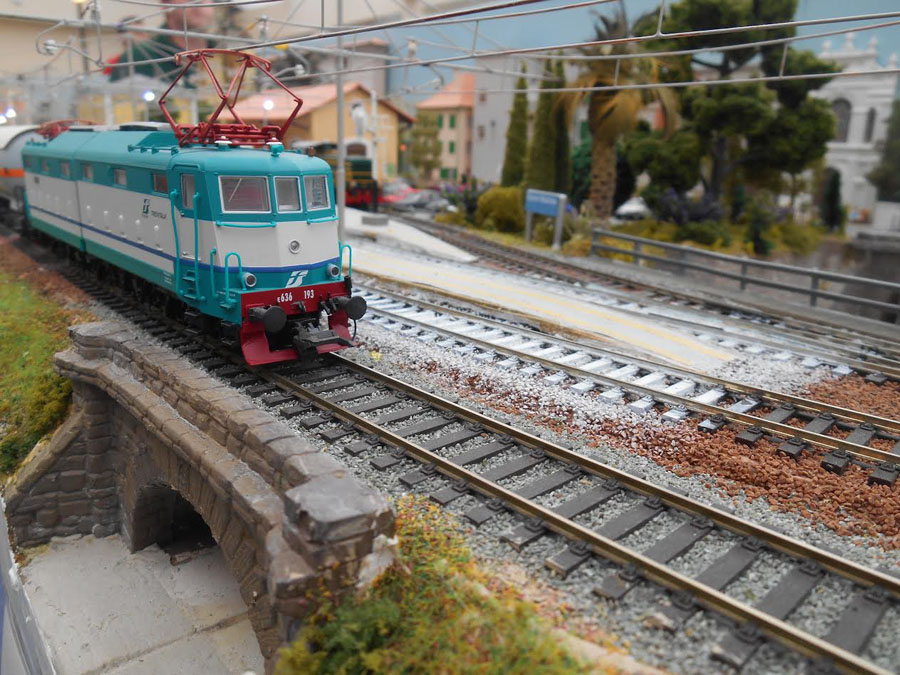 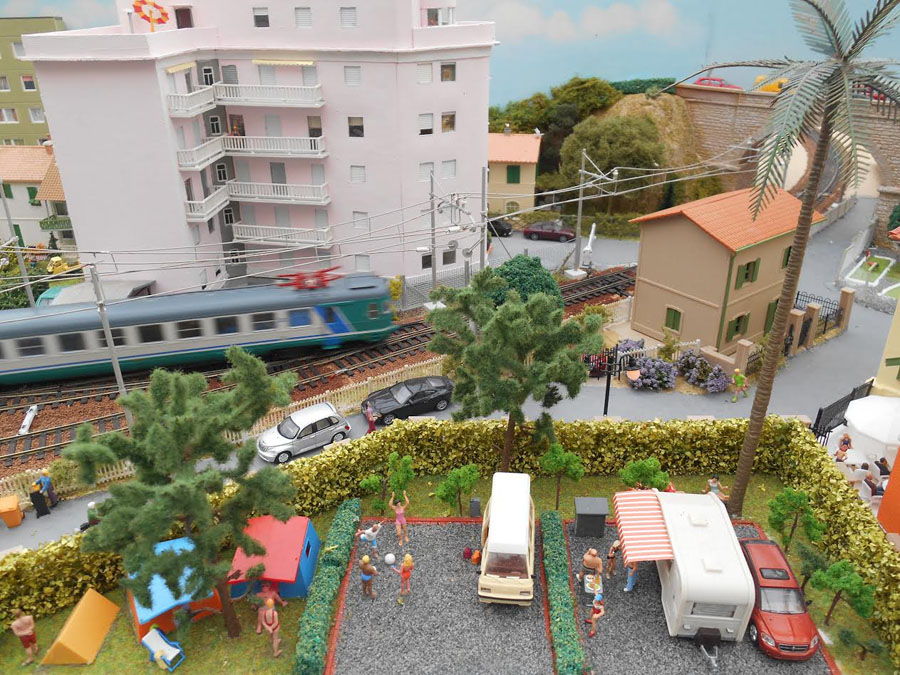 You can see more of Rod’s fantastic layout here.


And now on to Brian. I love his stuff – I have no idea how he gets so much character in to his scenes – but I find them stunning. Also, for some reason I’m real sucker for dock yard scenes. Anyway,

I hope you enjoy it as much as I did.

A few photos of my soon to be constructed harbor on the lower level of my new layout.

First pic of my 9 building wharf from my old layout placed in its new position.

Second pic of ‘engineers’ sorting out a problem on my contractors barge at wharf side.

Third pic is of the captain looking out ahead for a good fishing spot for the next catch.

Next lot of pics is the barge berthed at the quayside while ‘repairs’ are being carried.

Last pic shows LED strip lights have been placed under all the levels which lights up the shelves in the proper areas on the double deck HO scale layout.

Will keep you posted on the progress. 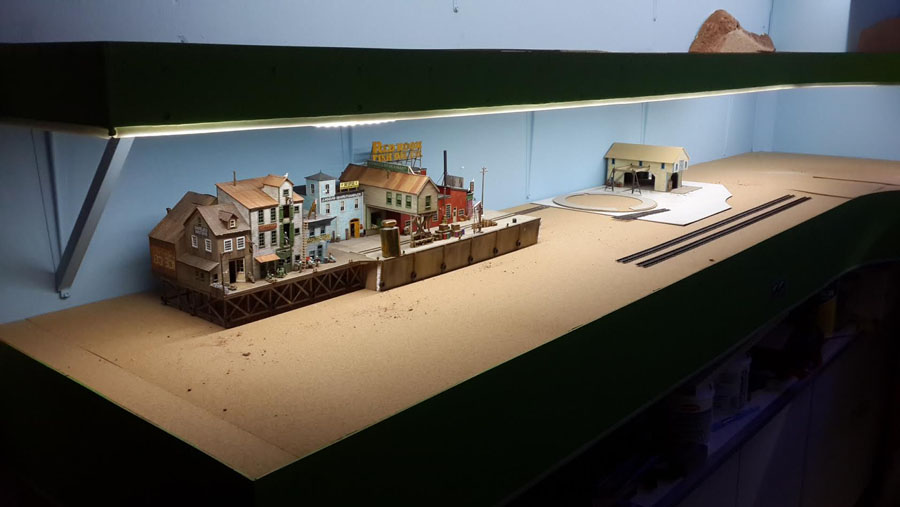 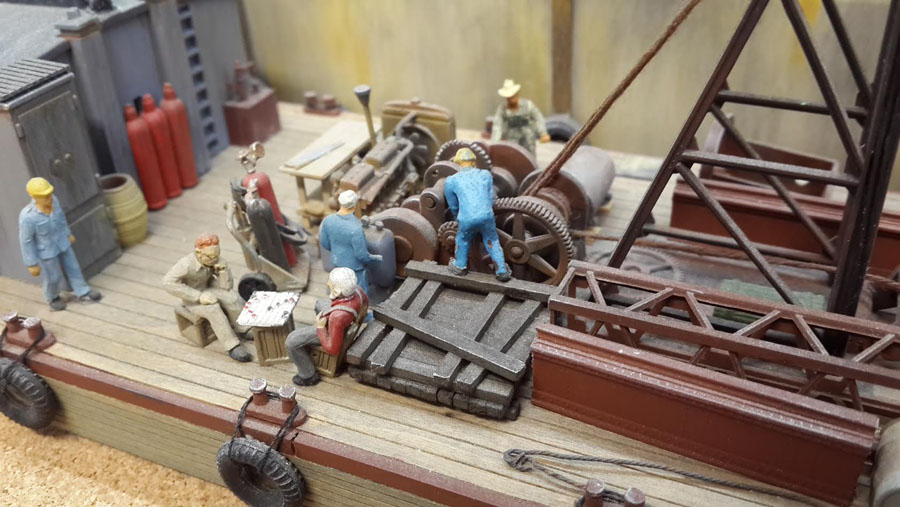 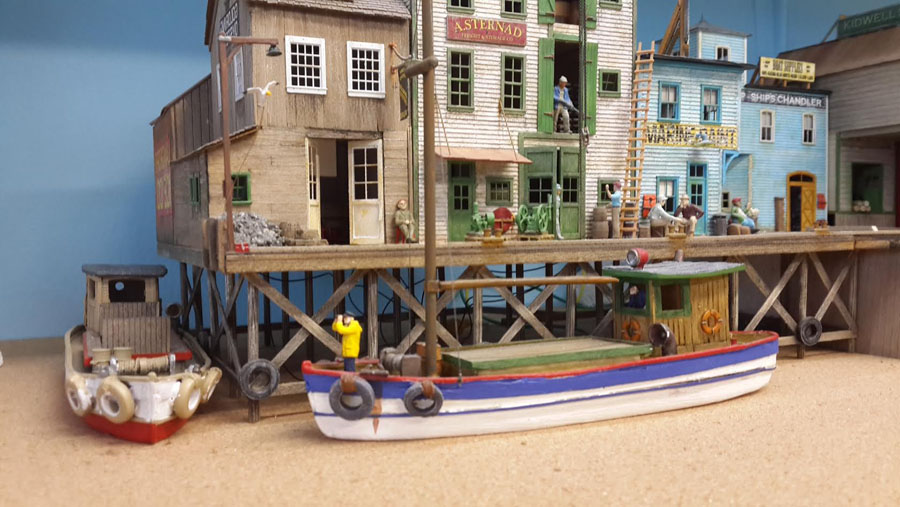 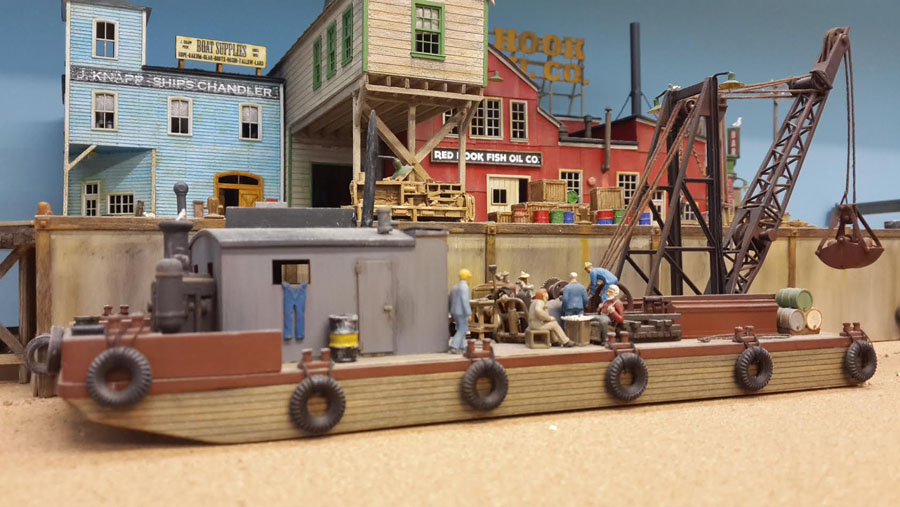 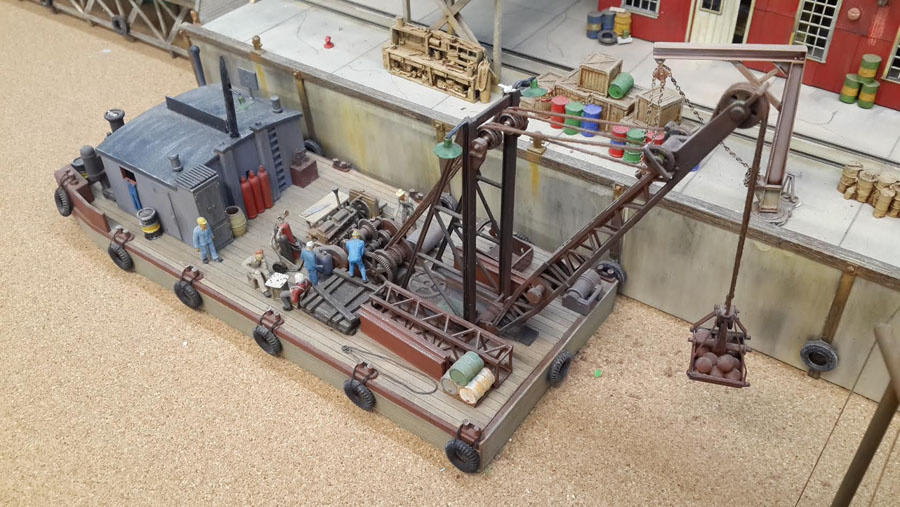 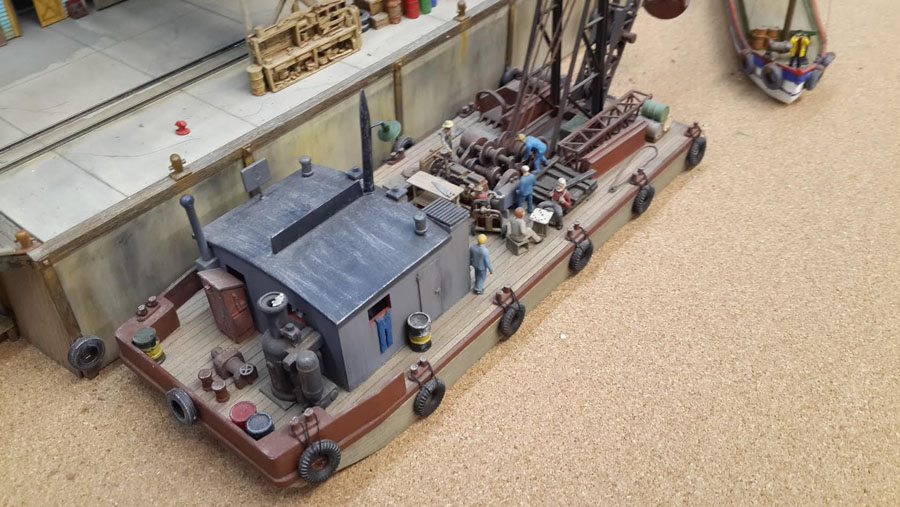 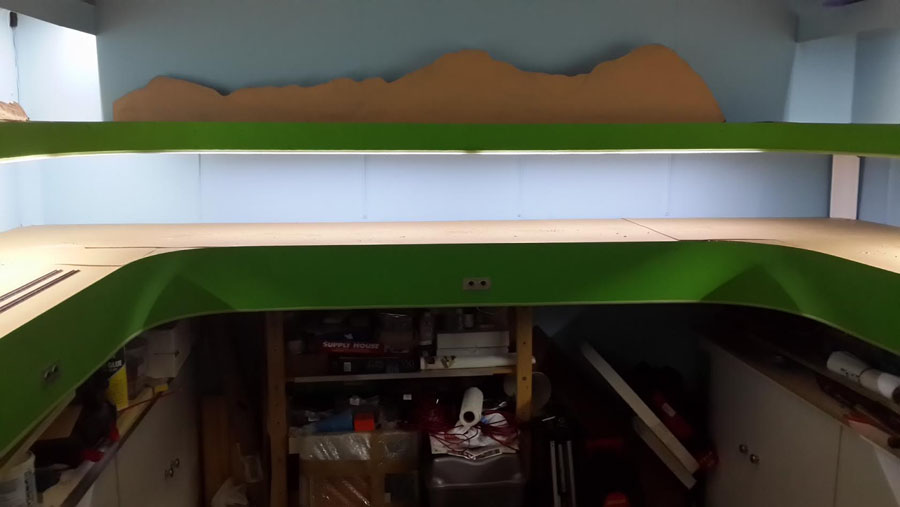 You can see more of Brian’s layout in the Hall of Fame. And if you fancy making your buildings just like his, have a look at his ‘how to’ here.

Please do keep them coming – just mail me!

And if Rod and Brian have got you chomping at the bit to get started, don’t forget the Beginner’s Guide is here.