I started my set in 1976 after a trip to Switzerland.

As you can see I was influenced by its mountains. It took about 3 years to get it as it is.

I only recently got back to it since I was busy with other things.

Also, my cats always interfered with it when I came to play with it. They liked the heat of the lights and the movement of the trains.

I am still trying to figure out how I wired it, although it runs its full coarse. And I am somewhat amazed that it does.

So I asked David to expand, and he came back with this:

I am happy for the interest and sharing.

The bricks on the viaducts are made from cut up balsa wood strips. After gluing the miniature bricks down I filled in the cracks with plaster and then slightly burt the whole surface with a blowtorch. I used screening , bulked up with newspaper to make some of the mountains.

I guess there is a philosophy behind the hobby of model railroading like there is behind any human endeavour. Obviously one of philosophical aspects behind it is the love of trains and locomotion. Another is a need to recreate a reality, often an idealistic or past reality. For some it is a form of escapism from the real world, like going to the movies. There is also a personal metaphysics and aesthetics involved.

I started my present train set after a trip to Switzerland. For me Switzerland represented a huge train set, with its many winding tracks, train viaducts and railway tunnels. It seemed so compact, like a train set. I wanted to recreate some of that in my basement. I loved the mountains and the valleys of Switzerland and how they contrasted with the train tracks and the rolling stock that ran on them. The contrast between the ruggedness of nature and the cultivated lines of the railroad tracks was mind-blowing.

I once asked a psychologist for an explanation as to why I was drawn to the parallel lines of railway track. She explained that it meant I was a futurist, peering into the future along railway tracks that go off into the distance. It is also emblematic of how I see the world’s development, in a parallel fashion. 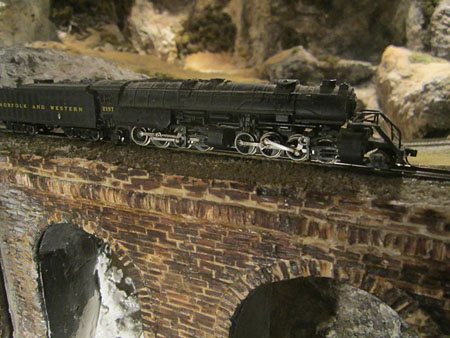 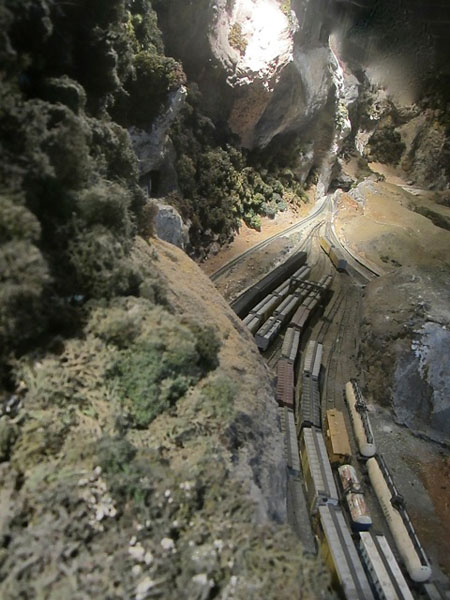 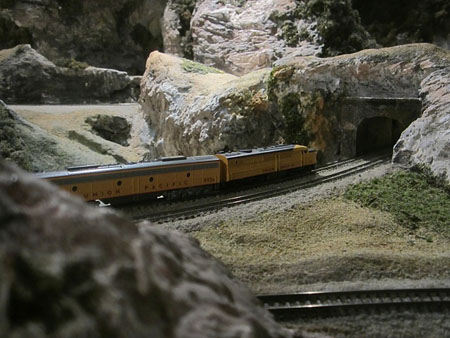 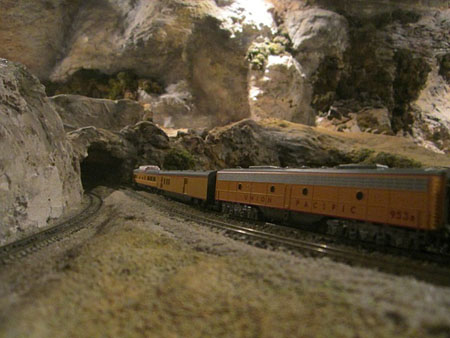 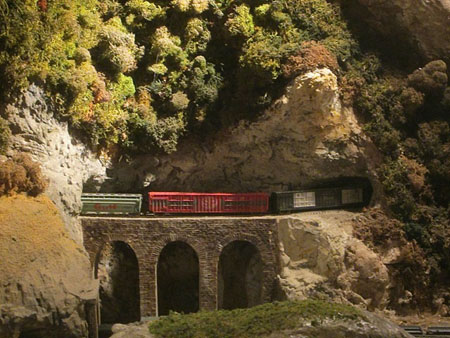 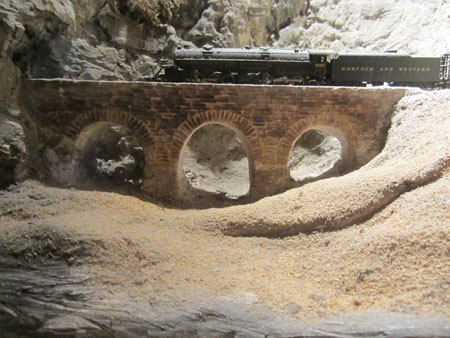 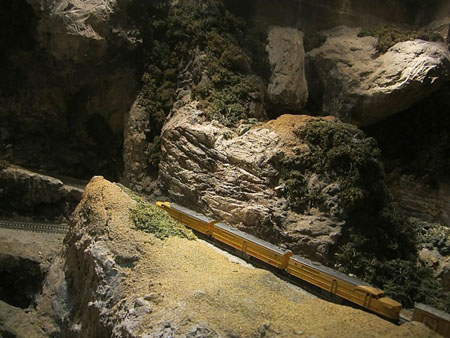 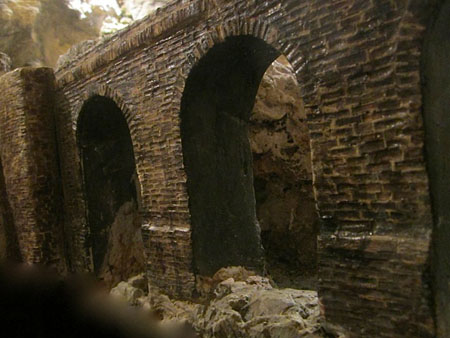 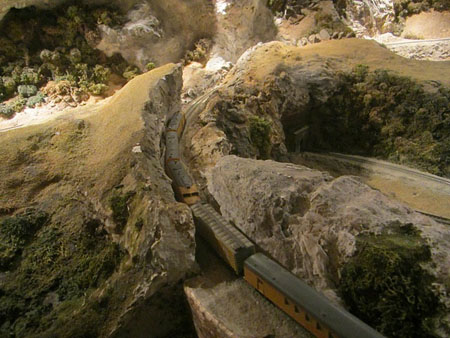 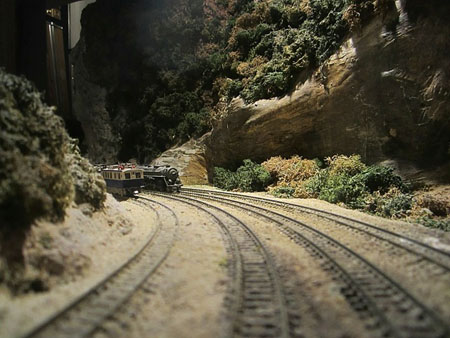 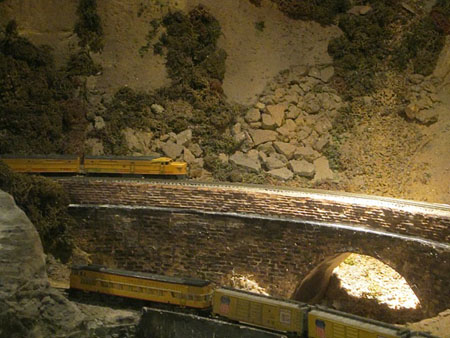 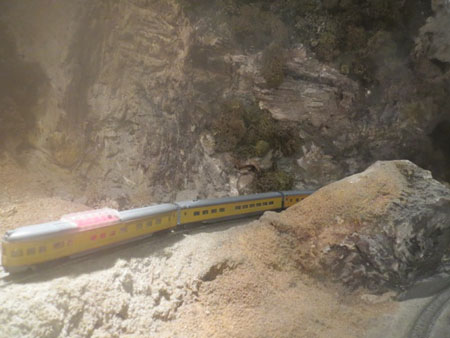 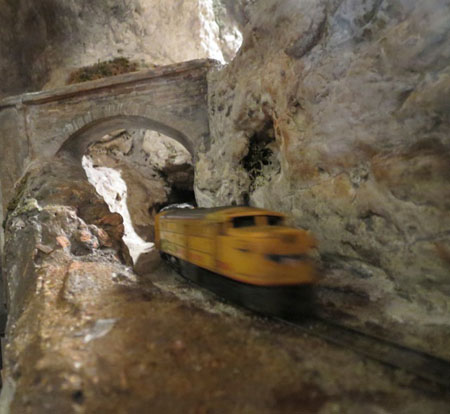 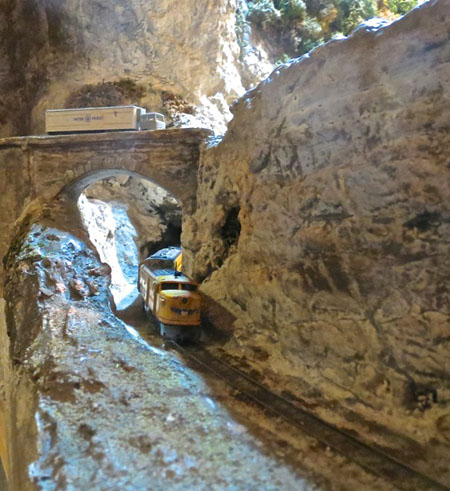 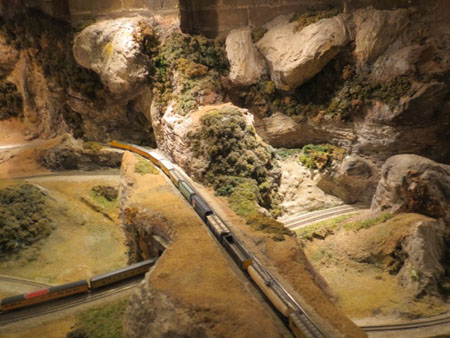 Big thanks to David for sharing – and a wonderful narrative too. Just have a look at the comments below!

Don’t forget folks, this site is everyone. Your layout doesn’t have to look like David’s to be featured: if you’re tinkering in your loft, basement, or where ever, please share.

Please do keep ’em coming so we all have something to look at over our morning coffee.

And if today is the day when your start your model railway journey, the Beginner’s Guide is here.