Here’s some shots of a test layout I built in the past year.

My interest in model railroading was rekindled after a nearly 40 year hiatus, by N Scale videos done by Mike Fifer in New Mexico.

I then ordered your beginners tips because I wanted to get the latest input on modeling. Being a retired aerospace engineer with nearly 50 years of working in electronics and computer programming, I was also interested in playing with Arduino and Raspberry pi micro controllers and computers.

I therefore decided to build a small N scale layout to test out ideas for scenery and train & animation control.

The layout is only 32 inches x 64 inches and has two complete loops that can operate two trains simultaneously or be switched to a twice around configuration to extend the run.

It also has a six track stub yard, a passing siding and 5 freight spurs, admittedly quite a lot of track for 32″ x 64”, but surprisingly it works well. I have all 17 turnouts controlled by small servo motors driven by Tam Valley octopus drivers and the entire layout is a single NCE DCC power district.

The mountain scenery is primarily florist foam, that stiff crumbly stuff used to hold flowers in a vase. It’s a bit messy to carve, but it’s surprisingly not as static-clingy as one would expect and it shapes incredibly fast with a rasp or sureform tool.

I then coated the foam with Sculptamold and carved the rock faces in it while still moist. I like the foam/sculptamold result as it’s extremely light and the sculptamold is easy to work for a half hour or more, unlike heavy quick curing plaster. I think the entire mountain weighs less than a pound and a half.

The upside of the foam is planting trees consists of just sticking them in the foam. I built my trees out of dried twigs of a plant called Heavenly Bamboo and the tree armatures are actually the berry clusters without the berries. They make pretty good looking deciduous trees with some poly fiber and foliage glued on and are rather quick and easy to build.

I have a rare earth magnetic uncoupler under the yard throat and can successfully build and break up trains remotely.

This required some care in coupler adjusting and properly weighting the cars, but now it works fine and is fun to not have to reach in with a skewer to uncouple cars. This “hand of God” approach never appealed to me.

I plan on installing more magnets for the spurs and siding, but I must make some of them retractable so trains don’t uncouple unintentionally due to “slinky” effect. I plan on using small servos for this as well as I’ve got the Tam valley servo control channels available and am now working on the retract mechanics.

I’ve installed several Arduino micro controllers to create the arc welding effect in the factory, the rotating beacon on the top of the smokestack, the intersection traffic signals and several other effects I plan to add such as a campfire scene on the mountain and random lighting in the hotel and business buildings.

As I said, this was originally a test of the various newer products and materials available to build a model RR layout, but now that it’s this far, I’ve decided to finish detailing it out and continue testing new ideas.

Despite it’s small size, I spend hours making up trains, shuffling cars around and simply running the railroad. I still have so many ideas of stuff to add, such as a hobo jungle under the overpass with a barrel fire using the same flickering Arduino / LED lighting routine as the mountain campfire.

So bottom line I have so much to play with I may or may not expand the layout to fill my 8’x14′ shed. If I do, I will likely cut into one end and extend the track around the room. Time will tell, but this little layout has achieved it’s primary purpose, it’s FUN!

Thanks for all the fine articles, and keep em coming.

(All images are clickable) 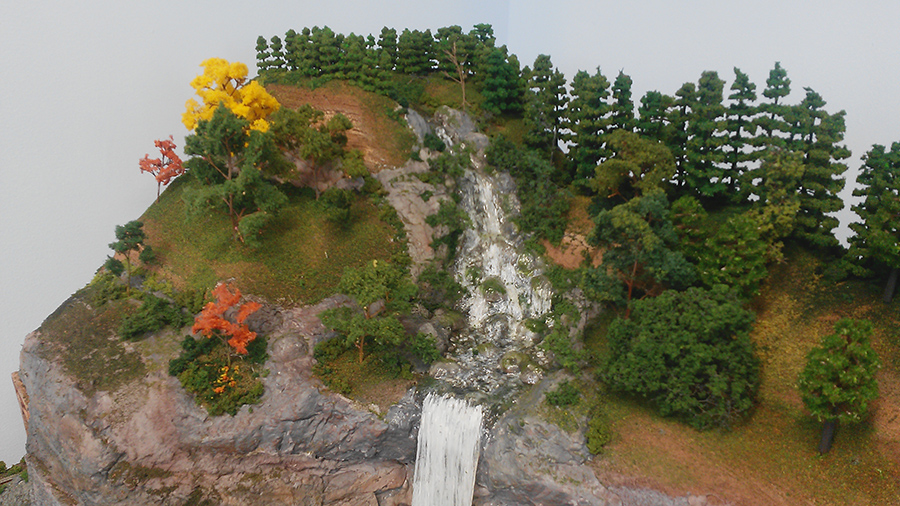 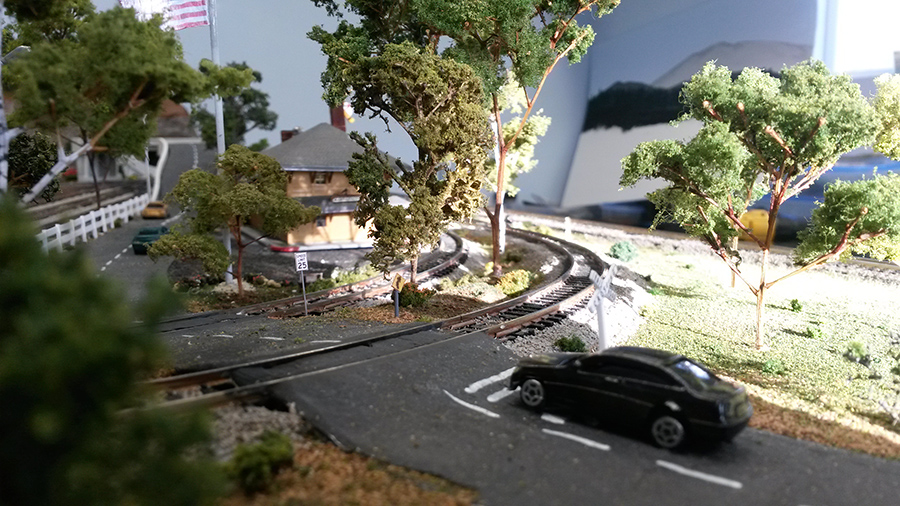 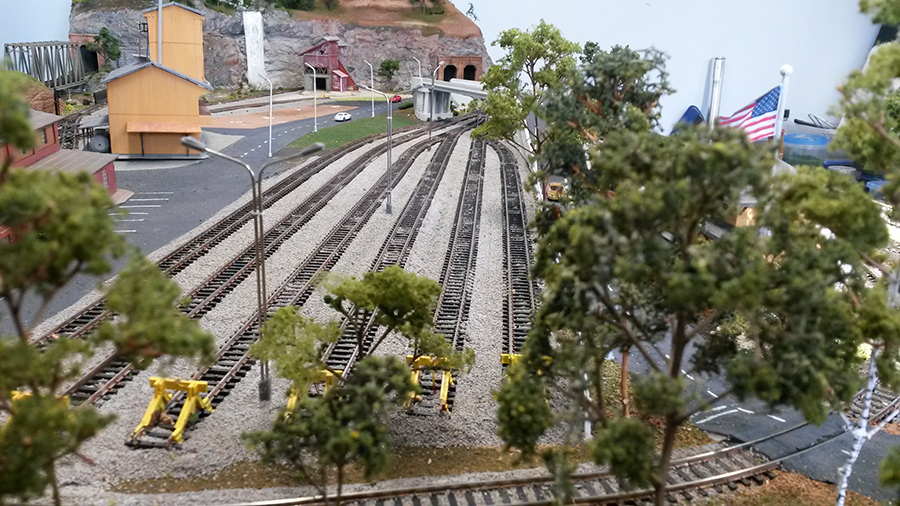 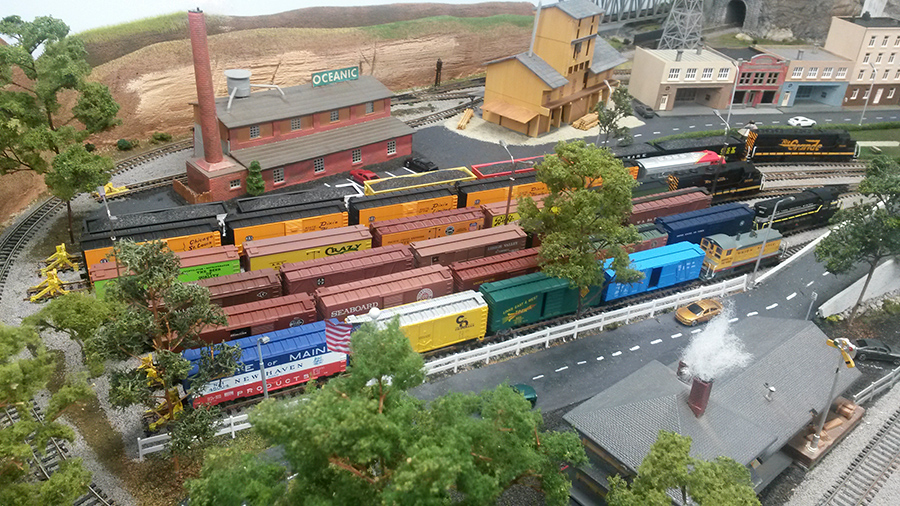 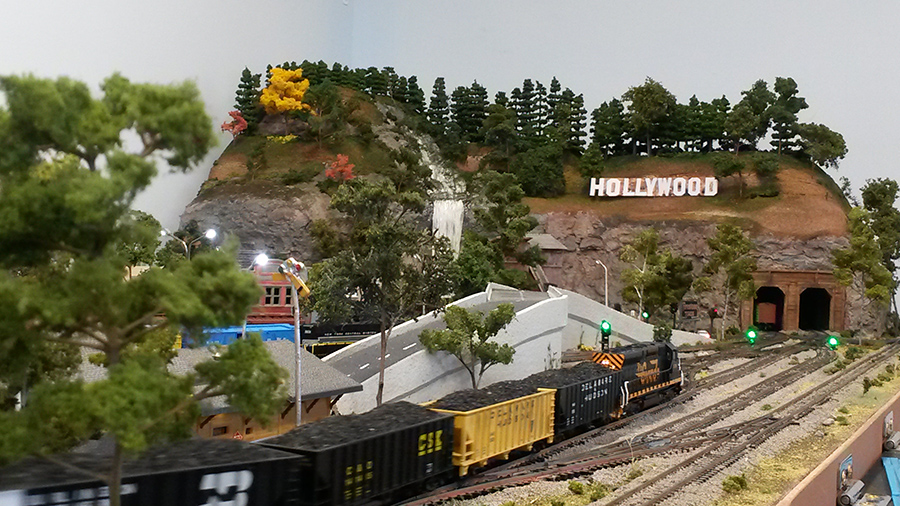 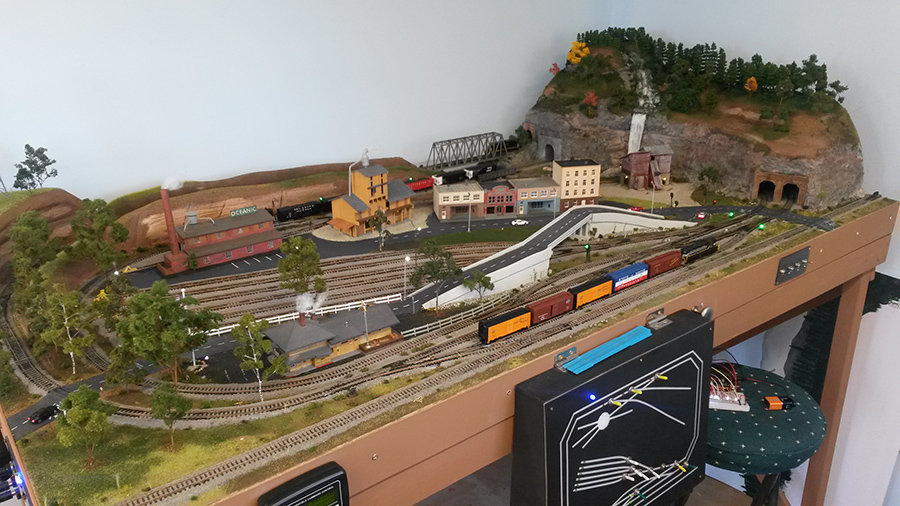 My word – a huge thanks to Harry.

Wonderful pics and a wonderful narrative too.

I asked Harry if he found the ‘Beginner’s Guide’ useful, and he replied with this:

“Yes I did Al. Like I mentioned, having been out of the hobby for 40 odd years, I saw many changes and your guide pointed out many things that I hadn’t considered and some things I once knew but forgot. Like you mentioned I thought I’d try a bit more planning this time and it has paid off.

Thanks for the help

A big thanks to everyone who took the time to do my little survey last week – I have a long list of things to do to make the site even more helpful for you all.

And that includes the ebay cheat sheet too.