When it comes to model railroad planning, there are always a few things to look out for.

“Alastair, your looking for ‘disasters’

I was finishing my ‘bar top’ table for a show (before I permanantly installed it as a bar). Two days before the show I discovereed 3 disasters/errors on my part. (Photos attached)

1) I forgot to install power to the track as well ss a rerailer track! I had to remone a section of track, install a rerailer, and terminal wires, then of course re-ballist and paint the area just repaired.

2) A tunnel I installed earlier was too small for ANY cars to pass under it; thanks to a Dremel rotory tool and a hand-held vac I carved out the portal so even a 40′ N scale high-cube would pass through without bumping. Of course I had to repaint and detail the portal again.

The first two repairs were accomplished in 1 day and, as they say the “show must go on” was the word of the day.

3) The trestle bridge was bumped before I enclosed the table and the train set sitting in it derailed; I had thought I could install the trestles and reach inside through the ports (windows) but even without the sides on the table I could NOT get the engines. End result is I am still working on a girder plate bridge to span a scale 450 feet.

It should be noted that this is step one of four separate tables/tracks that will cross the room on two different “book shelf” tracks onto another “turn around” table. I’ll keep you posted. The intent is to have the “end of bar” table done next, the turn around table before October and the book shelf tracks done be Christmas. A bit ambitious but I believe I CAN do it if I only FIRST get the 450’ girder plate bridge built. 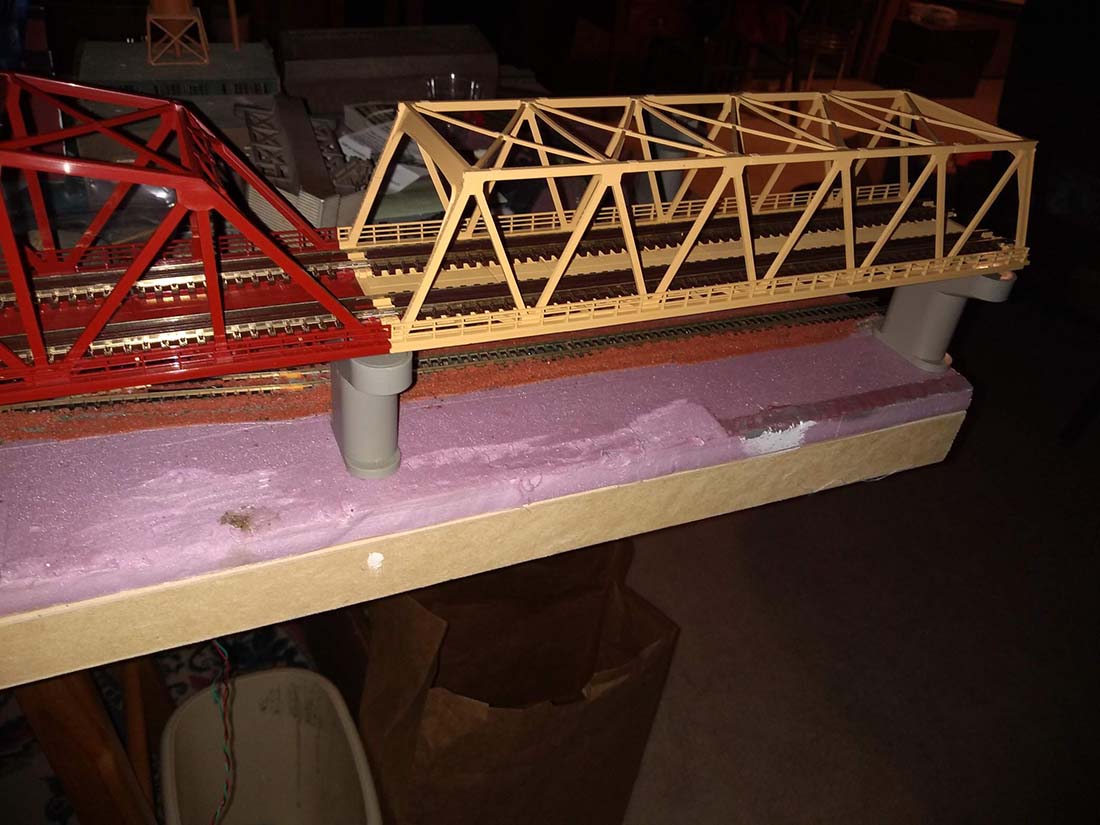 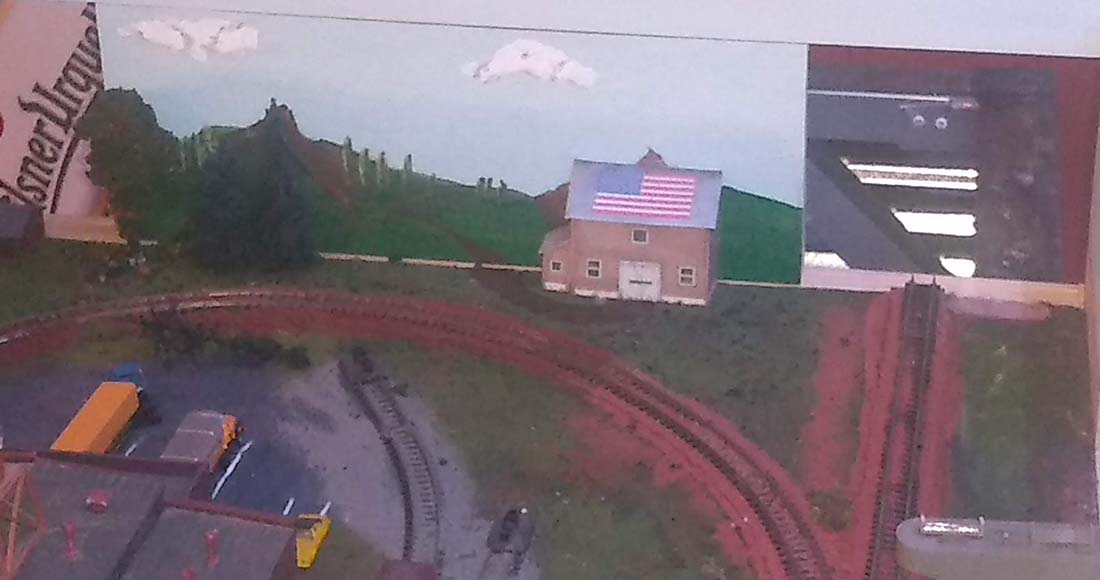 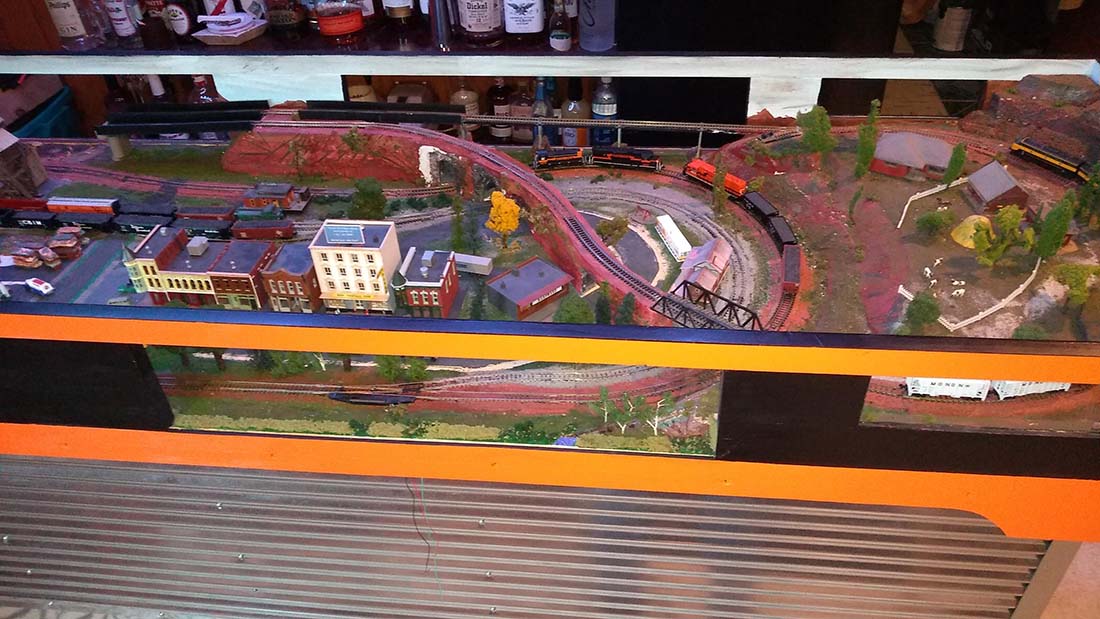 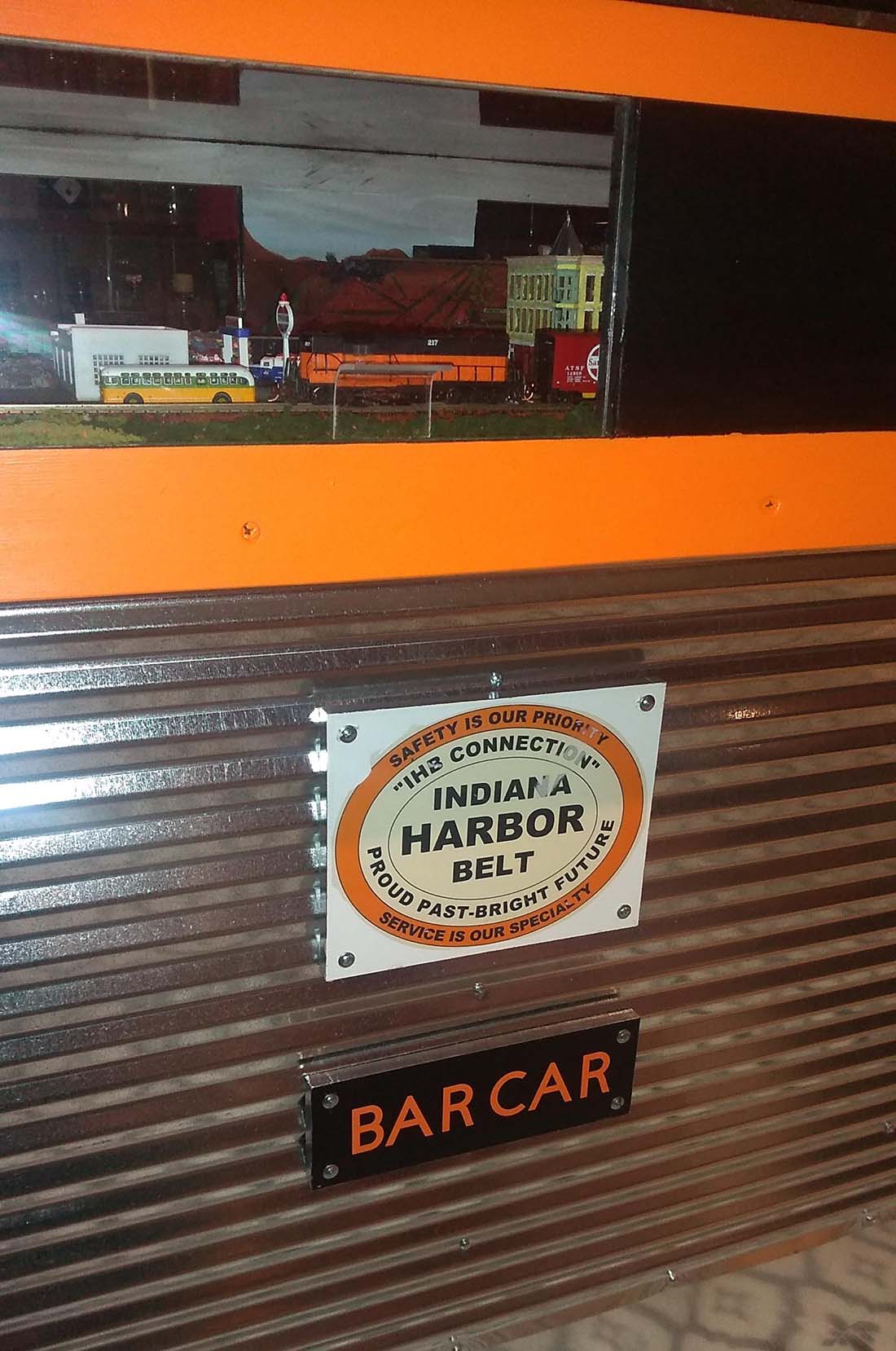 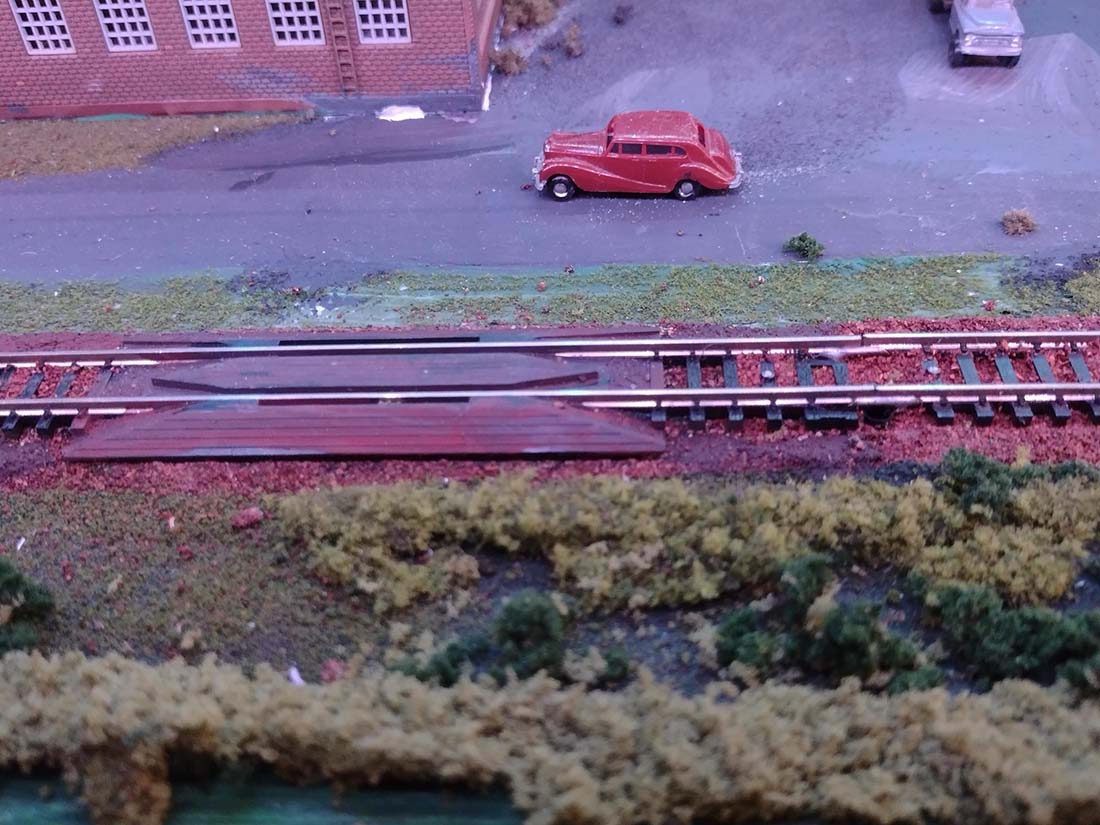 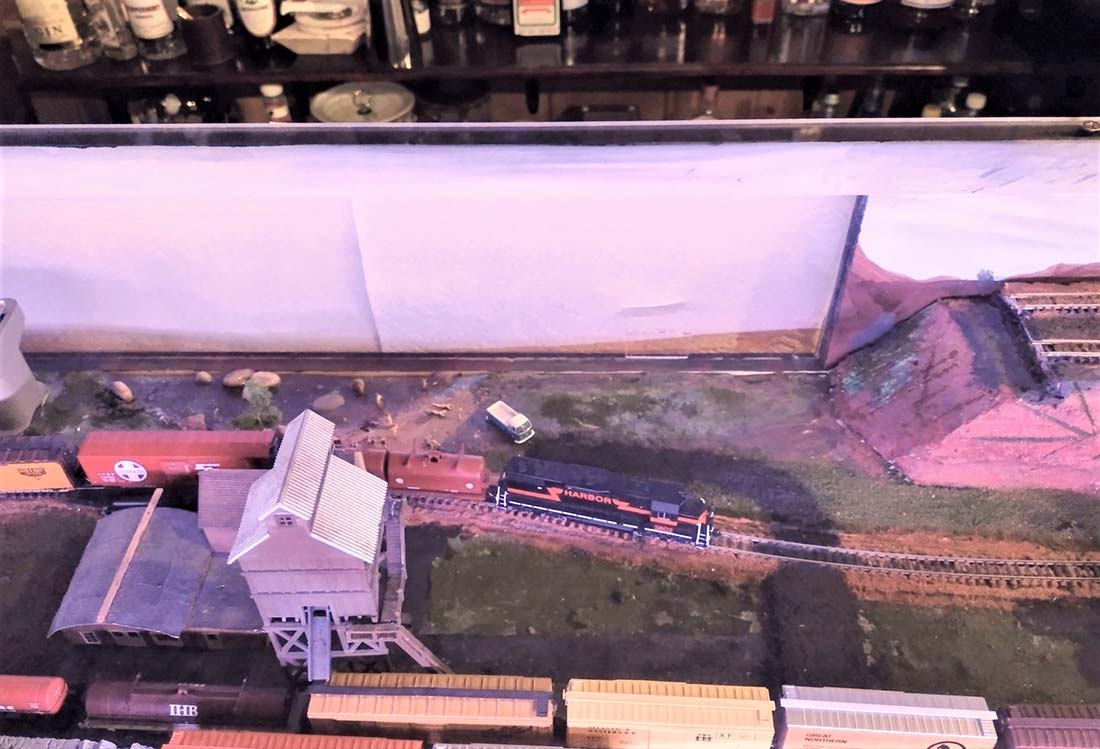 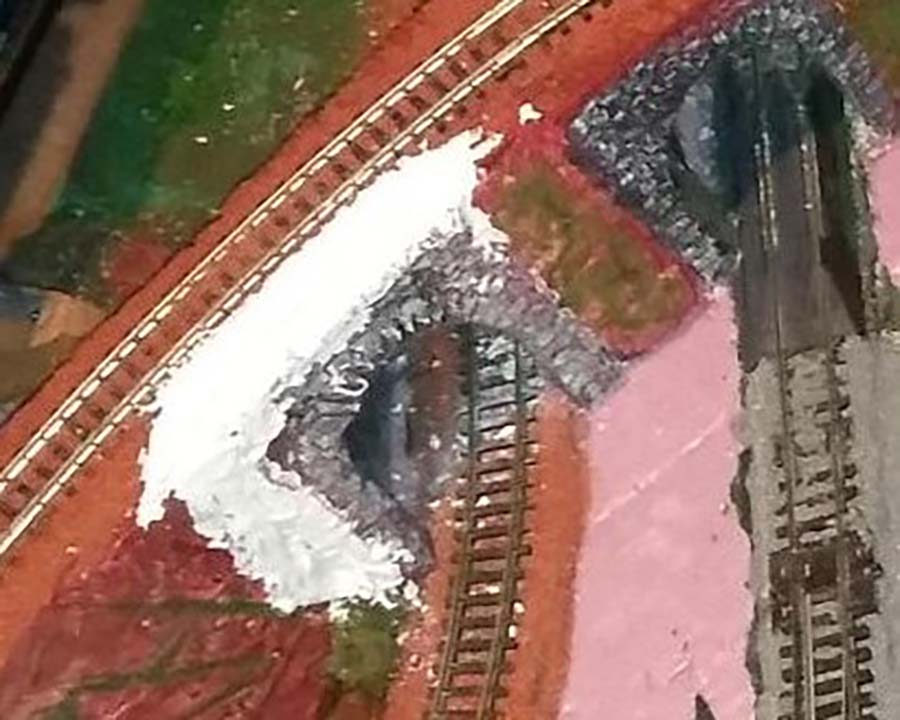 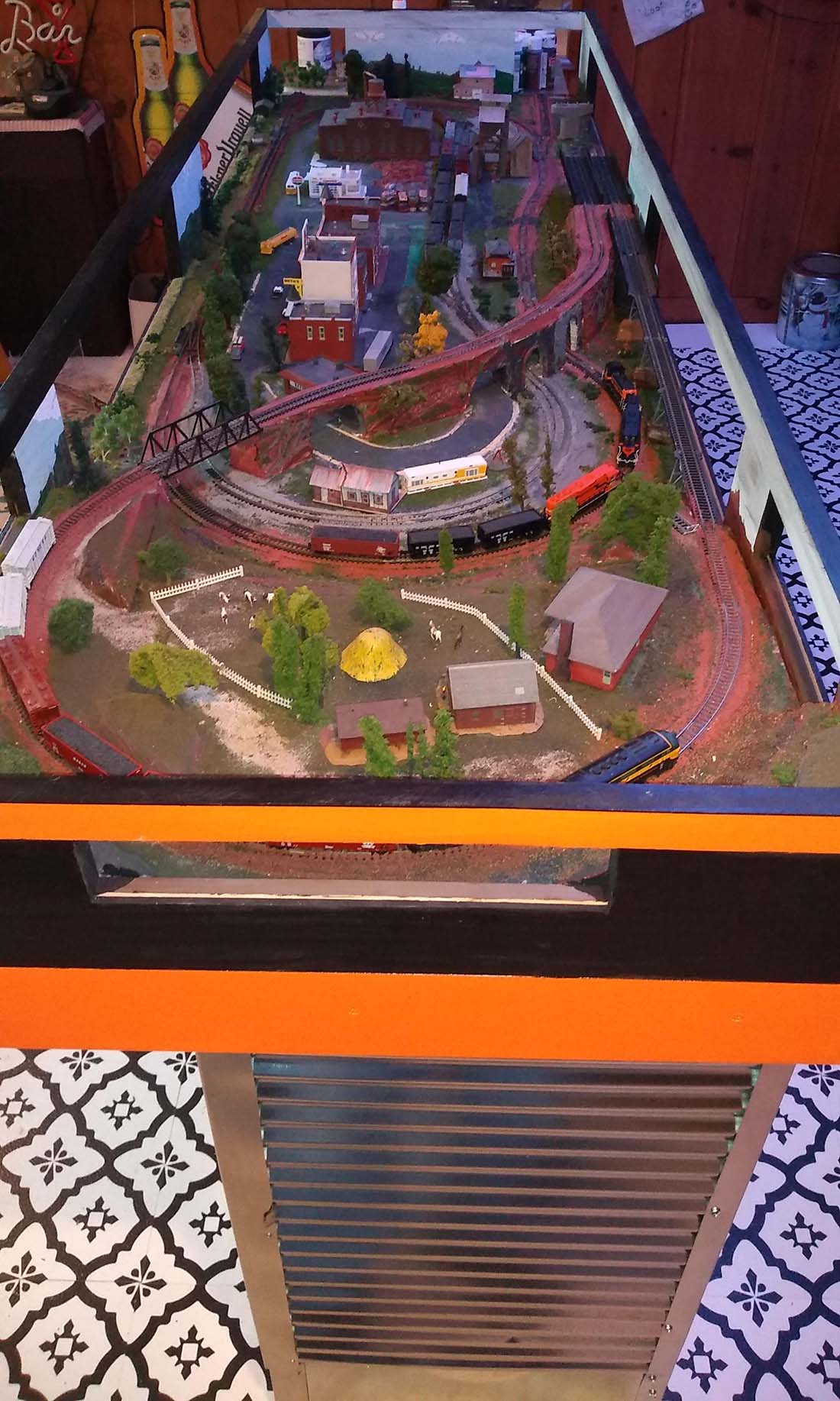 And now on to Hall of Fame member, Rob:

Rob talks us through his layout in his last post, which is here.

But perhaps the post you’ll remember Rob most from, is this one, because who doesn’t want moving cars on their layout? They look great and are a lot of fun.

And there’s also his scratch built crane that is very memorable too.

A huge thanks to Ron and John.

And don’t forget The Beginner’s Guide is here if you want to grab the bull by the horns and get going on your very own layout.