Dick’s been in touch – he has some plans for the kato unitram he has acquired:

“Okay, I have not progressed scenery wise, however; I have acquired a BLI Mikado with sound. It runs very nicely and is loud. I will need to tone it down.

Also acquired a complete Kato N scale Unitram layout with two sets of trams that will reside on the street level above the tracks in Chicago at the Union station.

Also received a huge castle that will sit up above the 4 track mainline going into the tunnel just before arriving in Denver.

3 more passenger stations have been added, a new one in Denver, one just before the tunnel on the U.P. and or Santa Fe line. That trackage actually deadends inside the tunnel and another station for the suburbs of Denver on the lower level.

Also have added some high rises along the beach by the Oakland passenger station.

The Kato unitram city scene will do double duty, being on street level in Chicago and also as our next Christmas tree layout for this coming Christmas season.

A new Kato passenger train will also run on the Christmas tree layout. It is a Christmas wrapped F40PH with 5 wrapped bi-level cars that were actually done in 2017 in chicago.

With my arm becoming more useful again, I hope to actually see some scenery progress.

Attachments include the latest track diagram of this big layout. 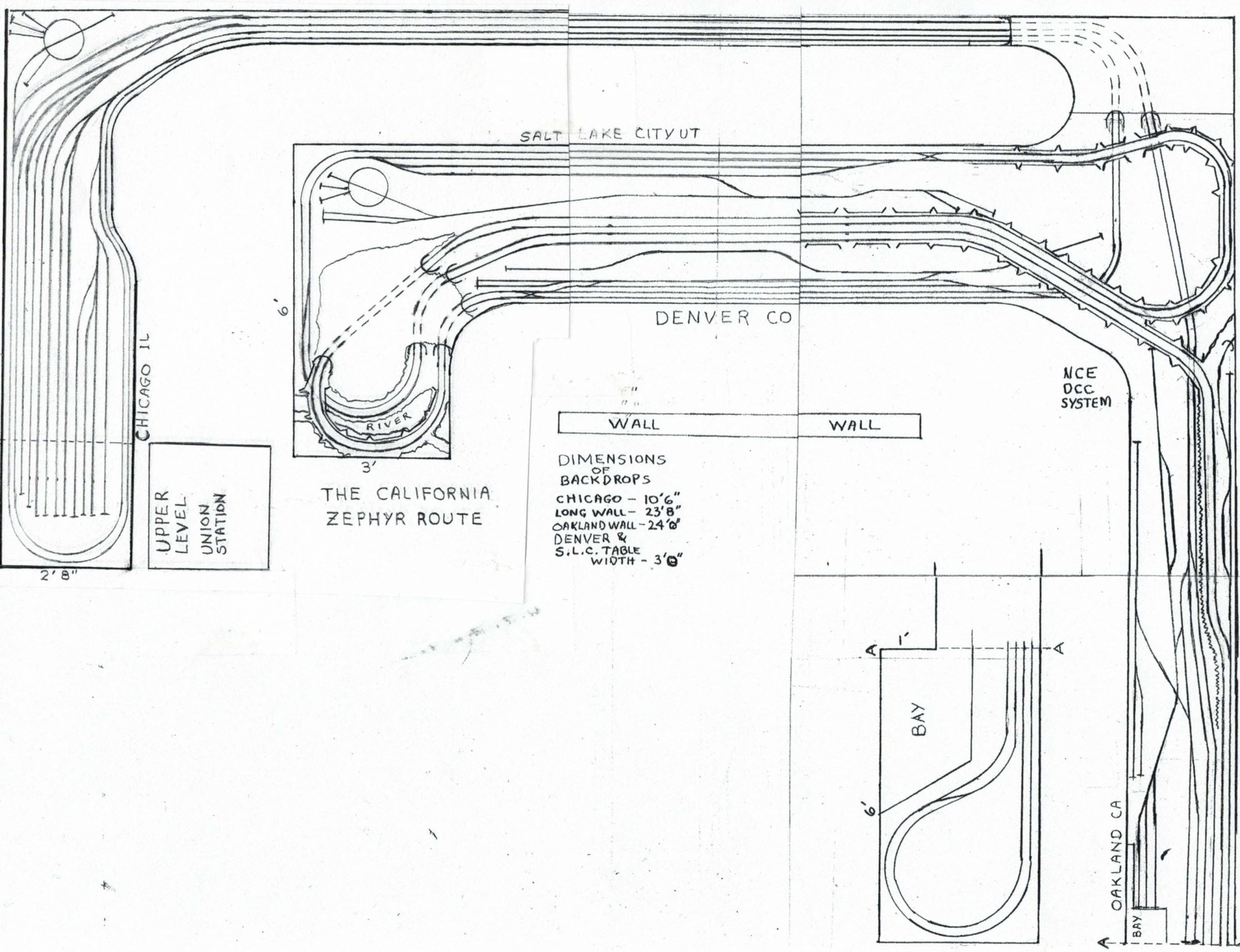 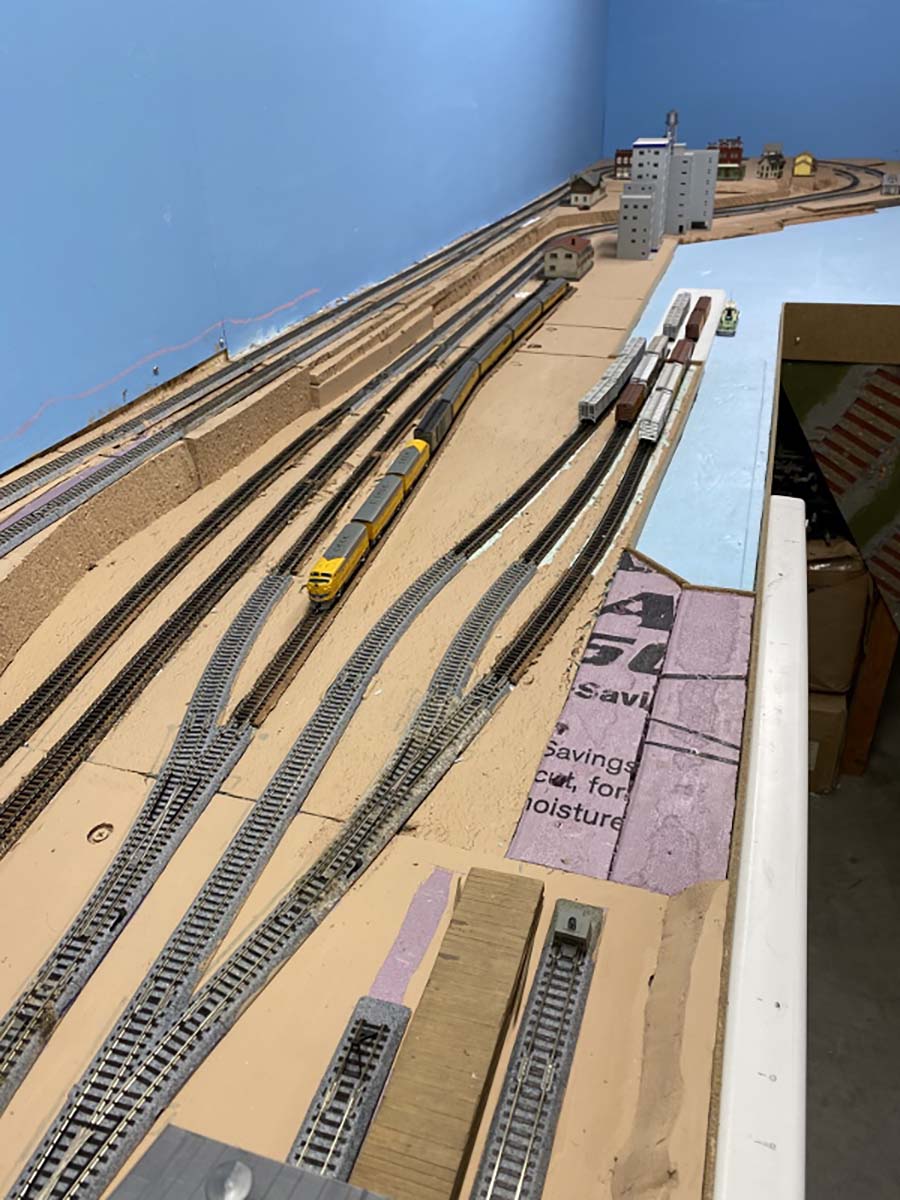 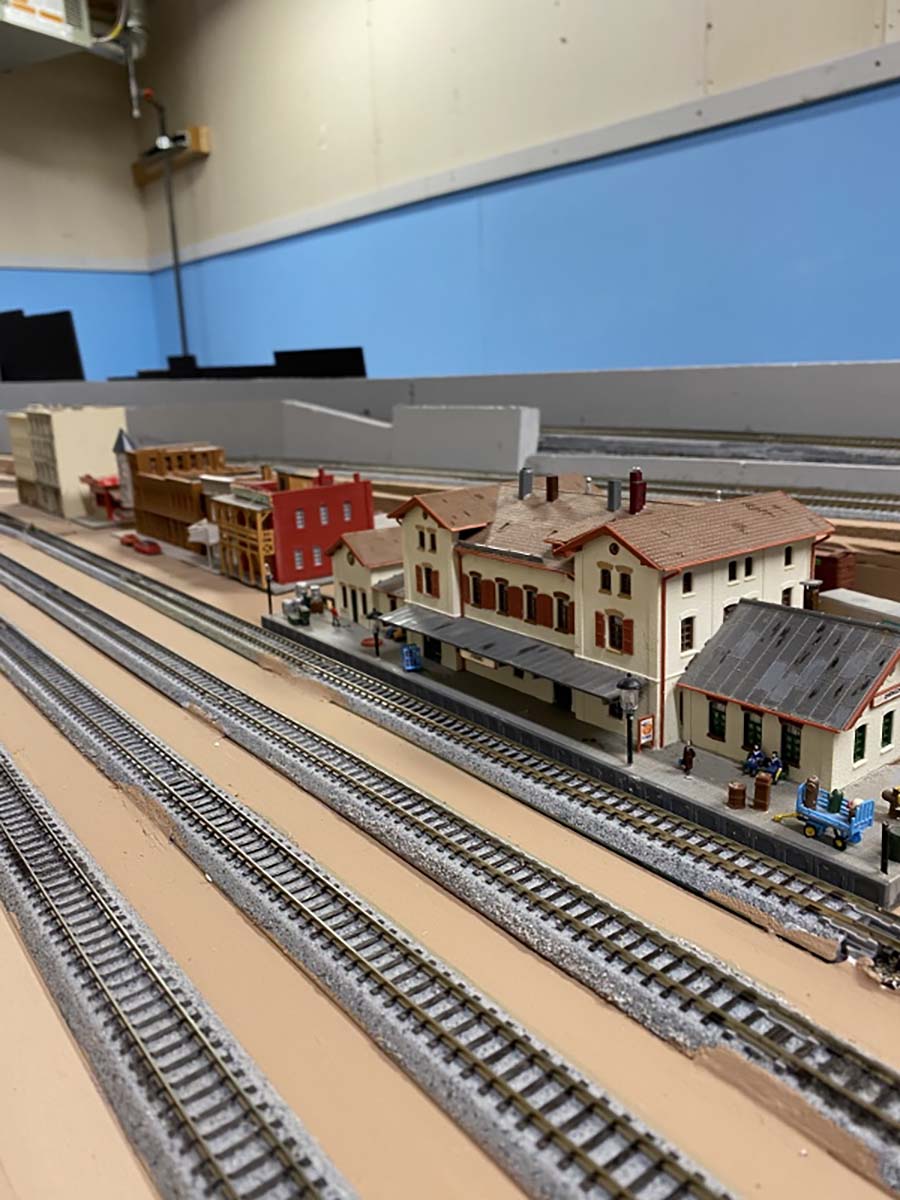 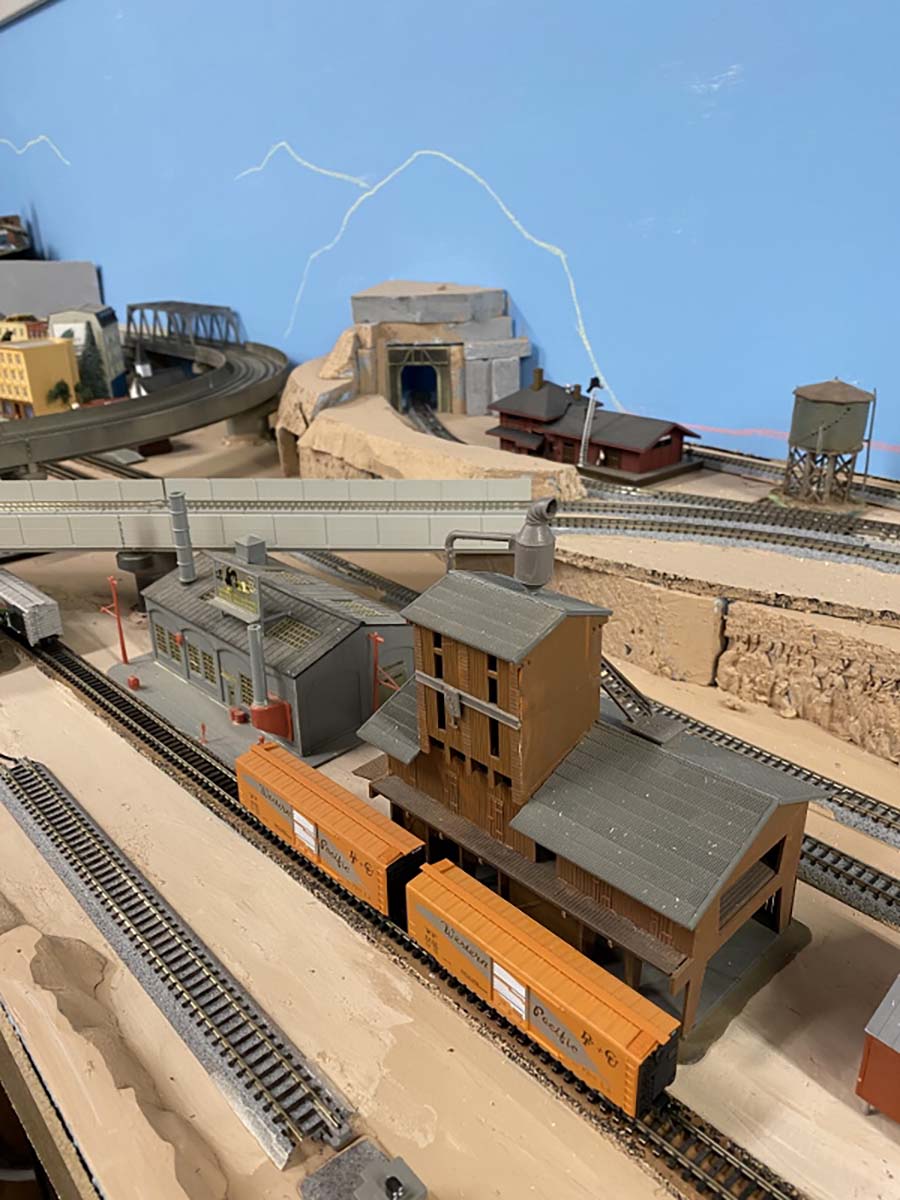 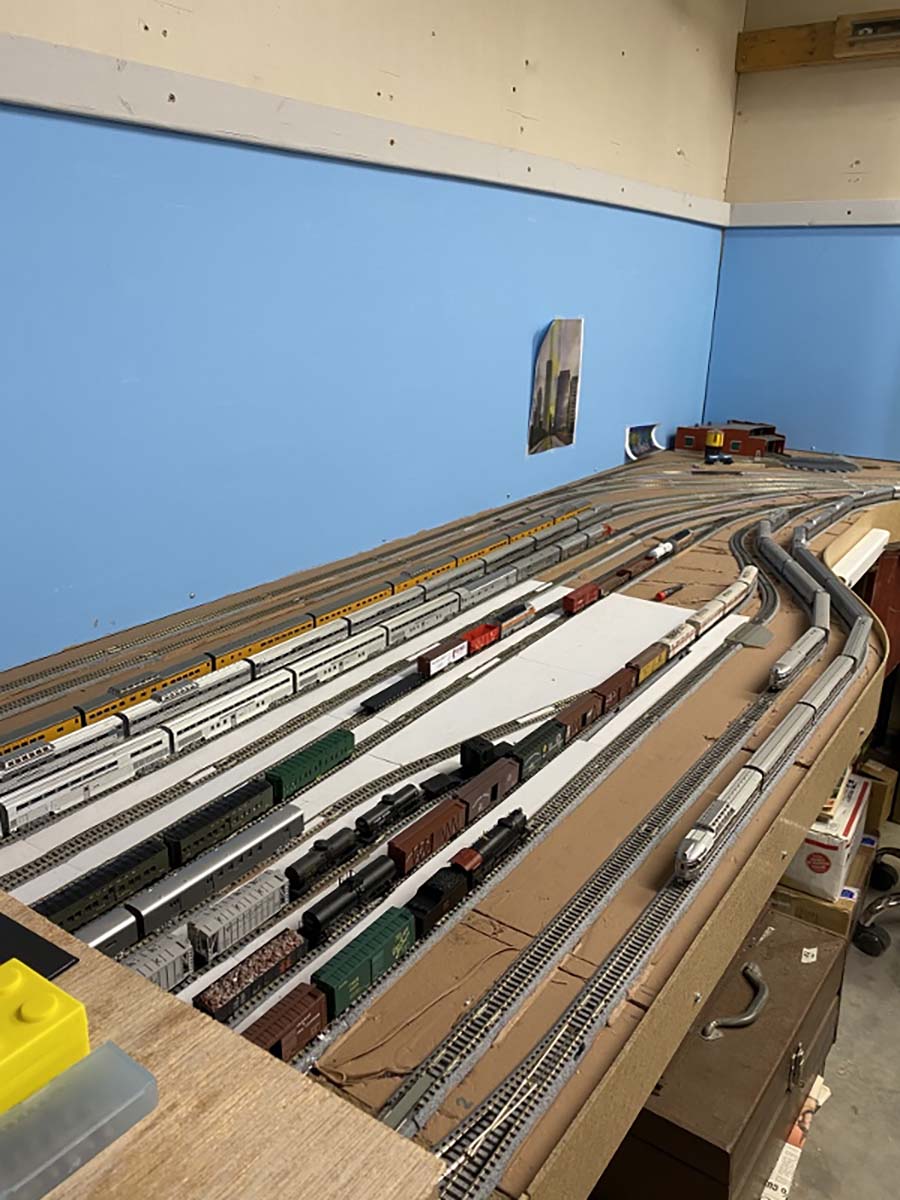 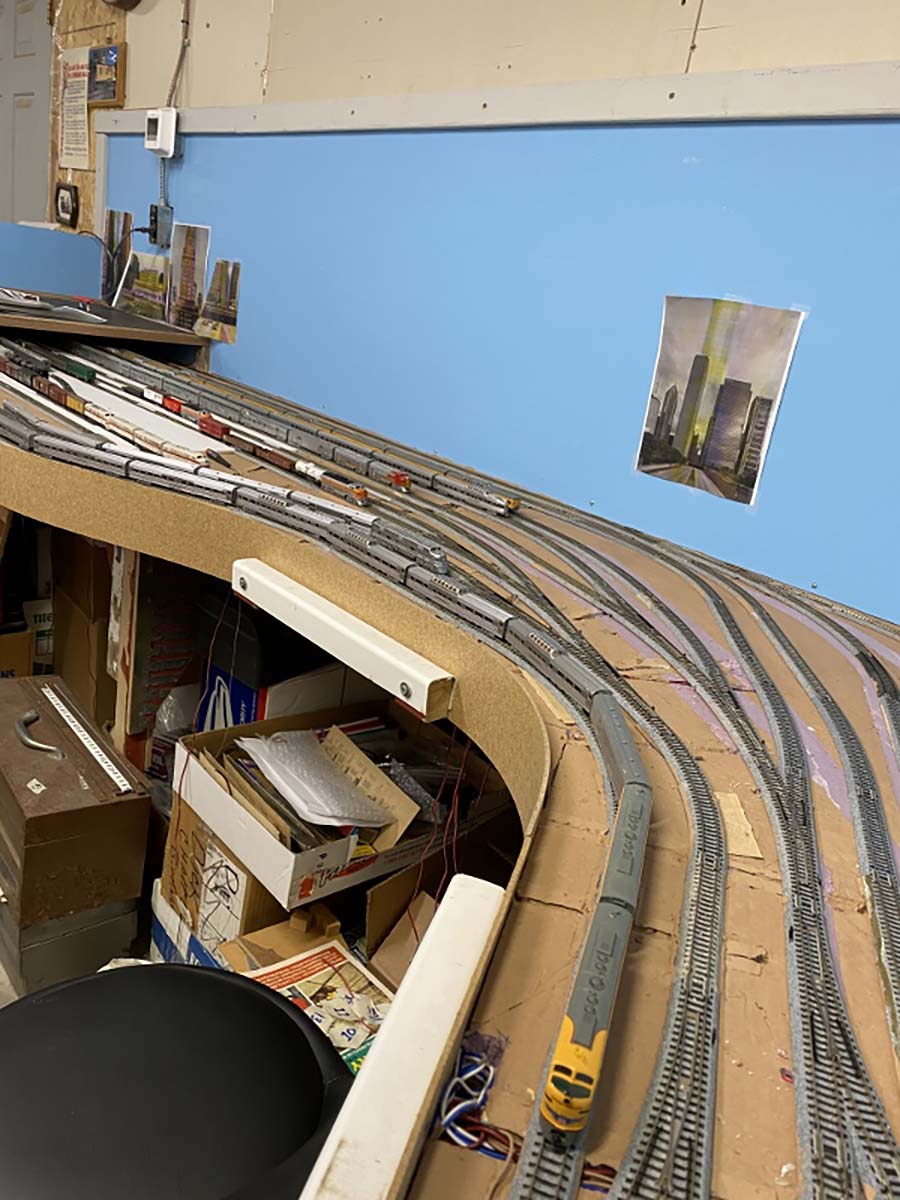 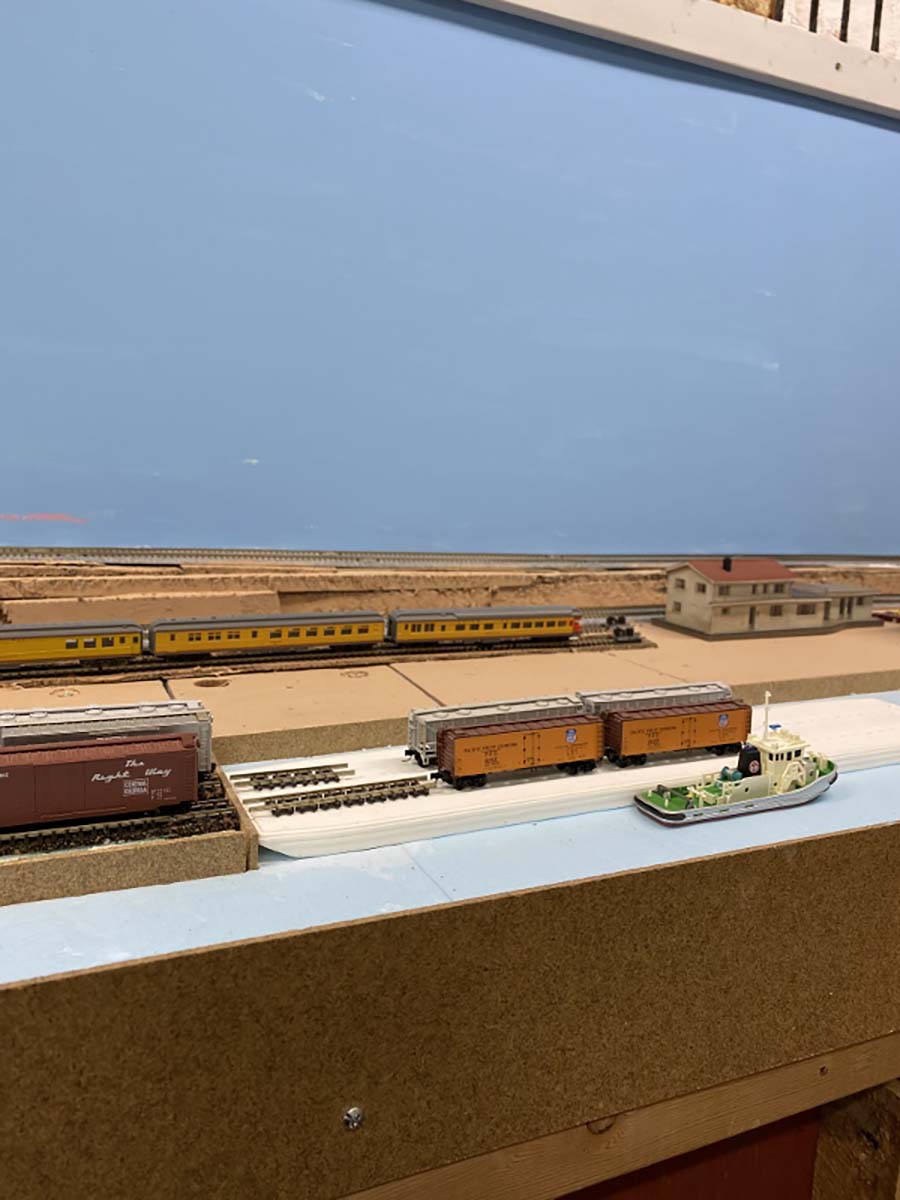 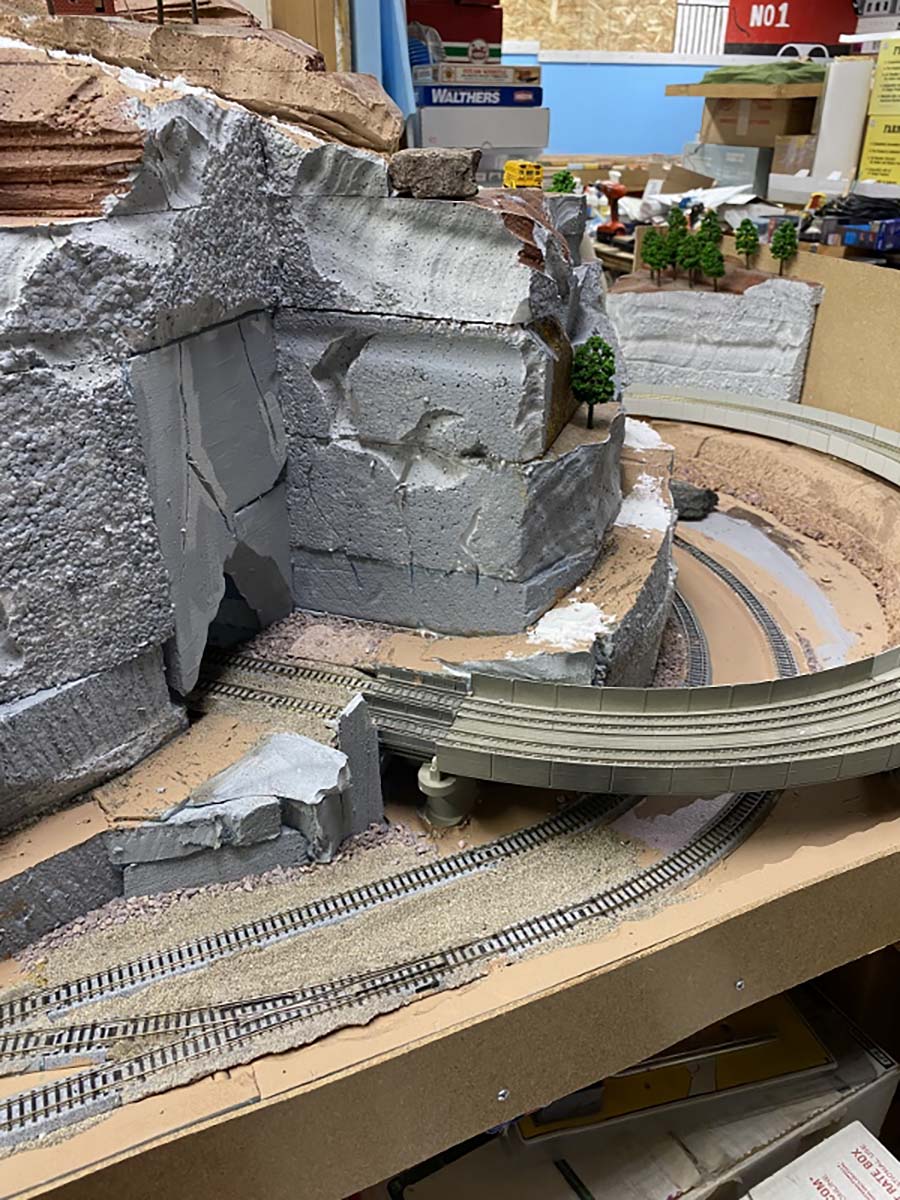 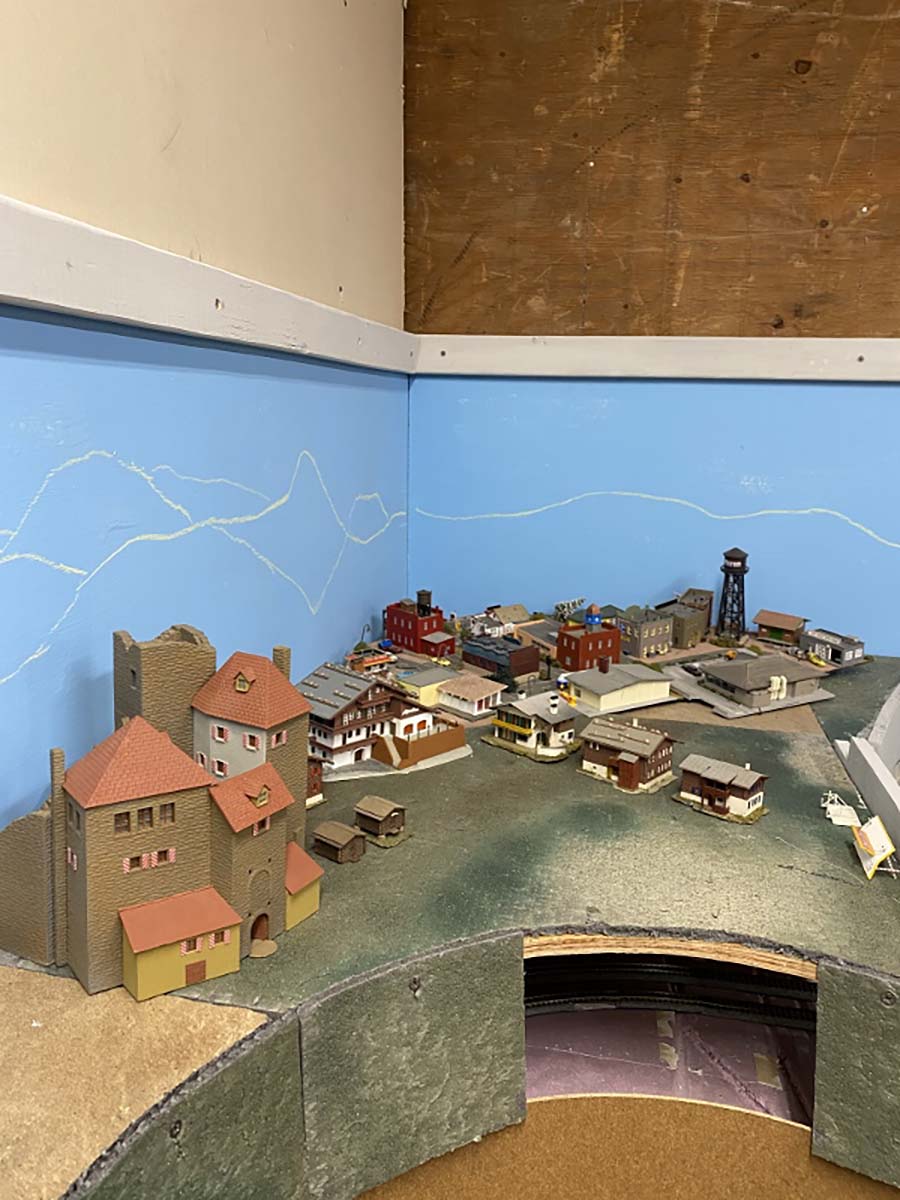 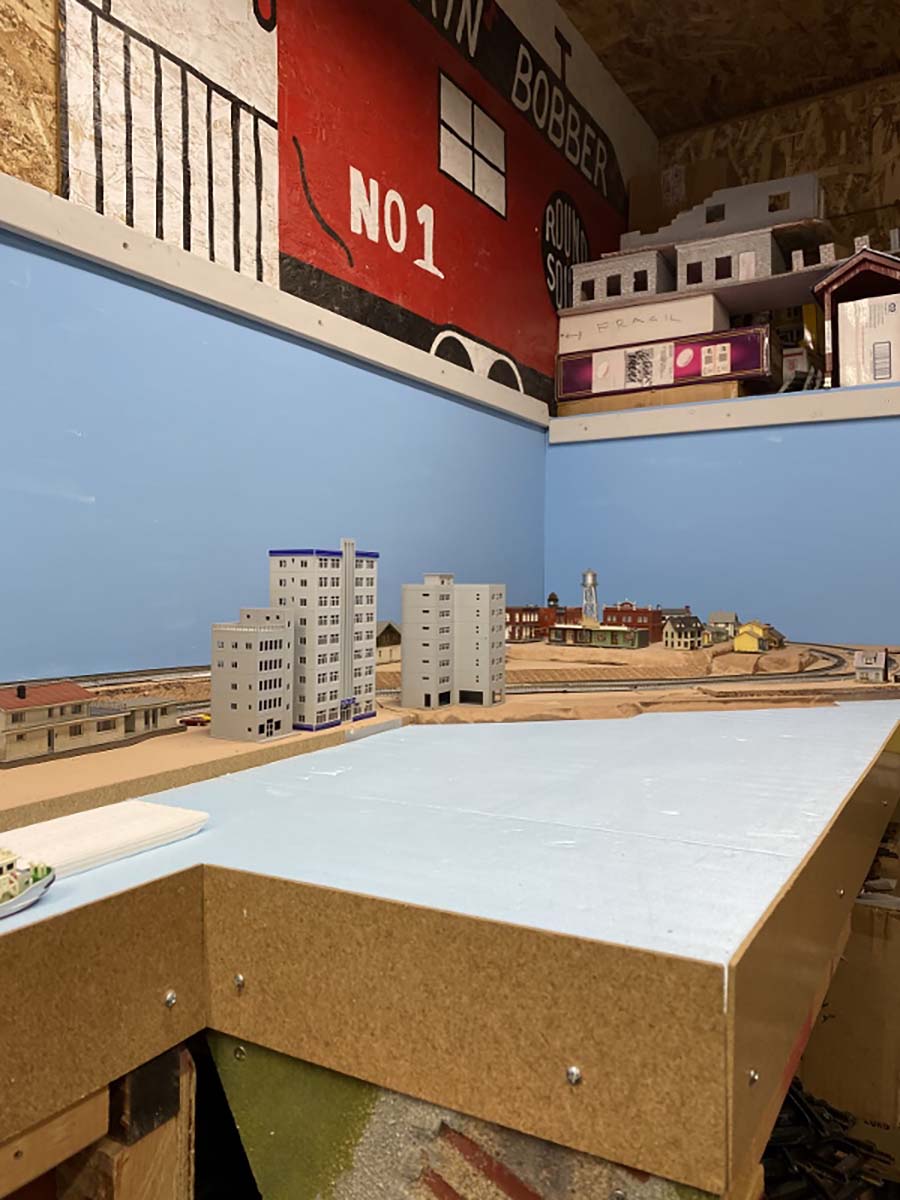 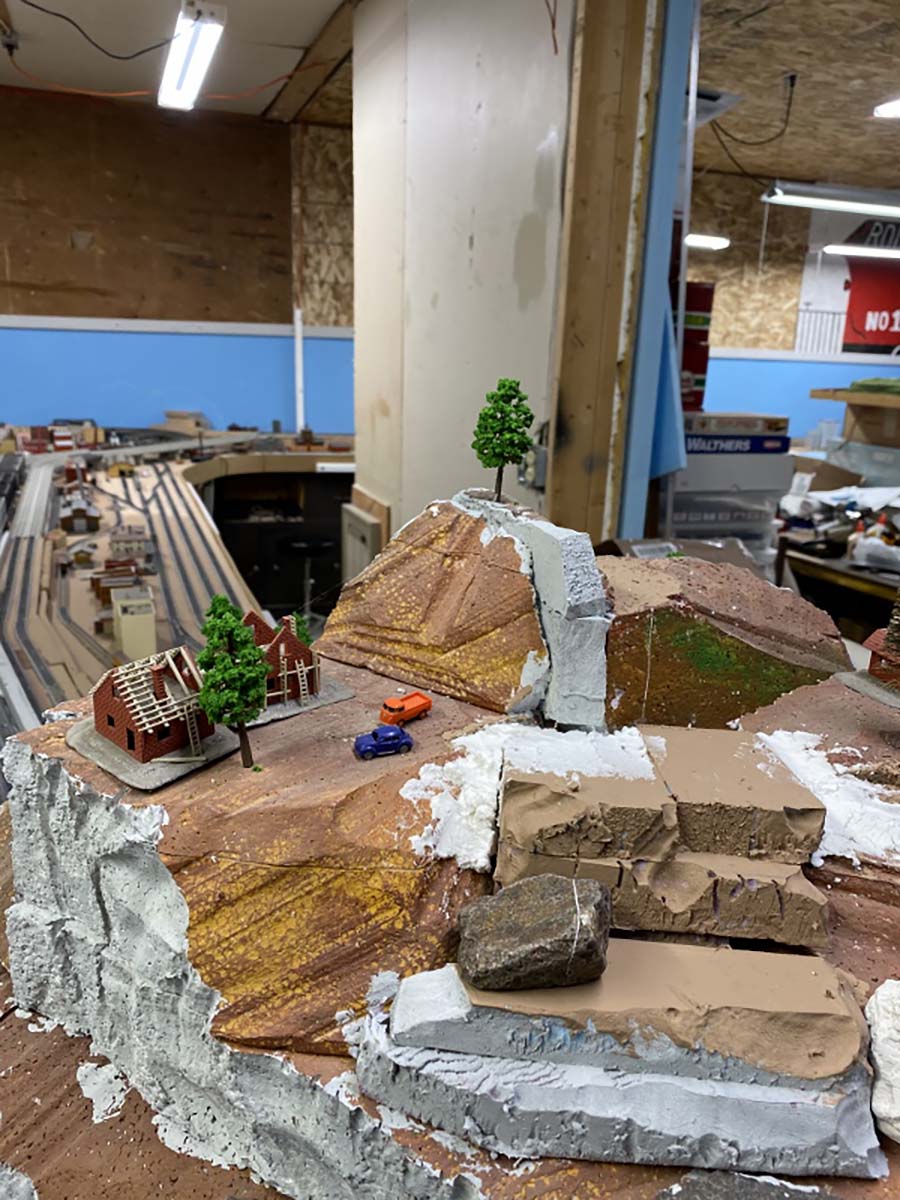 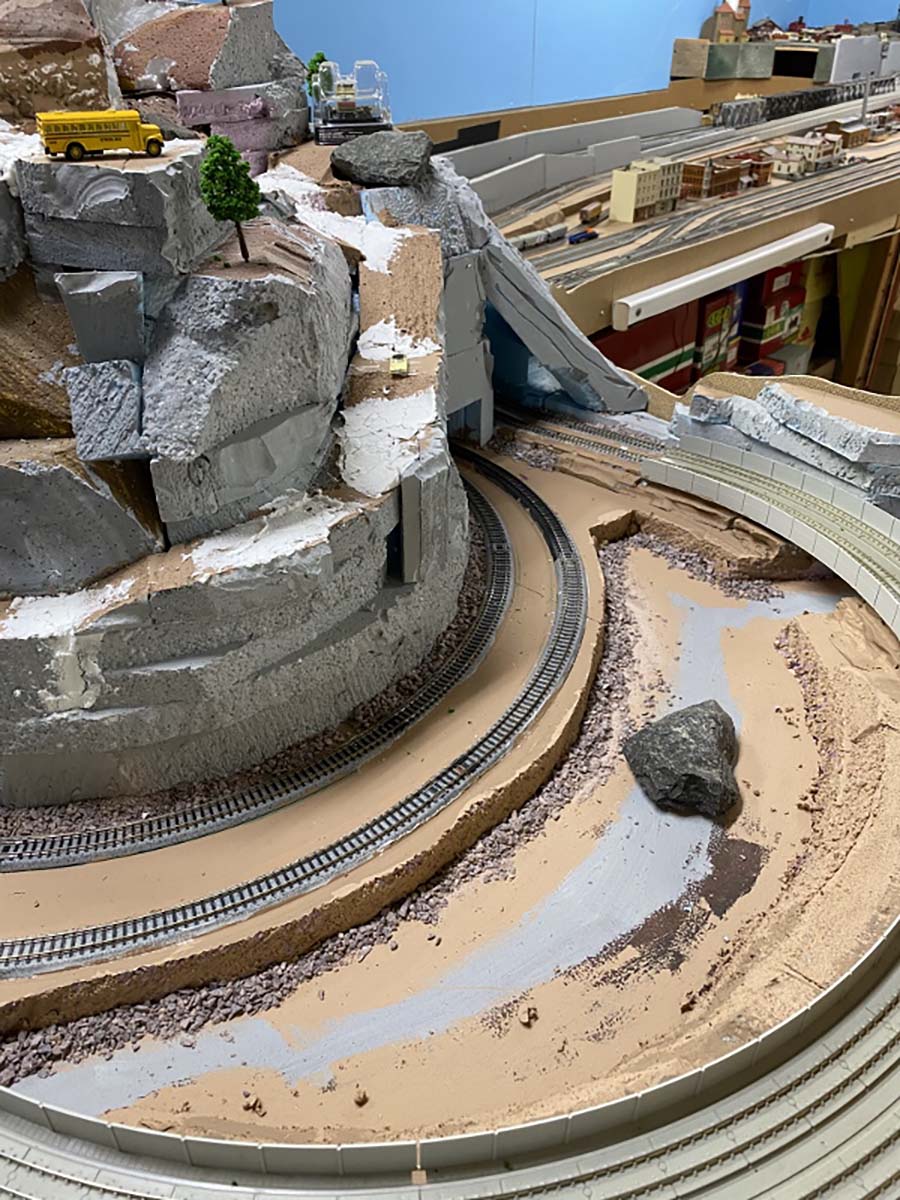 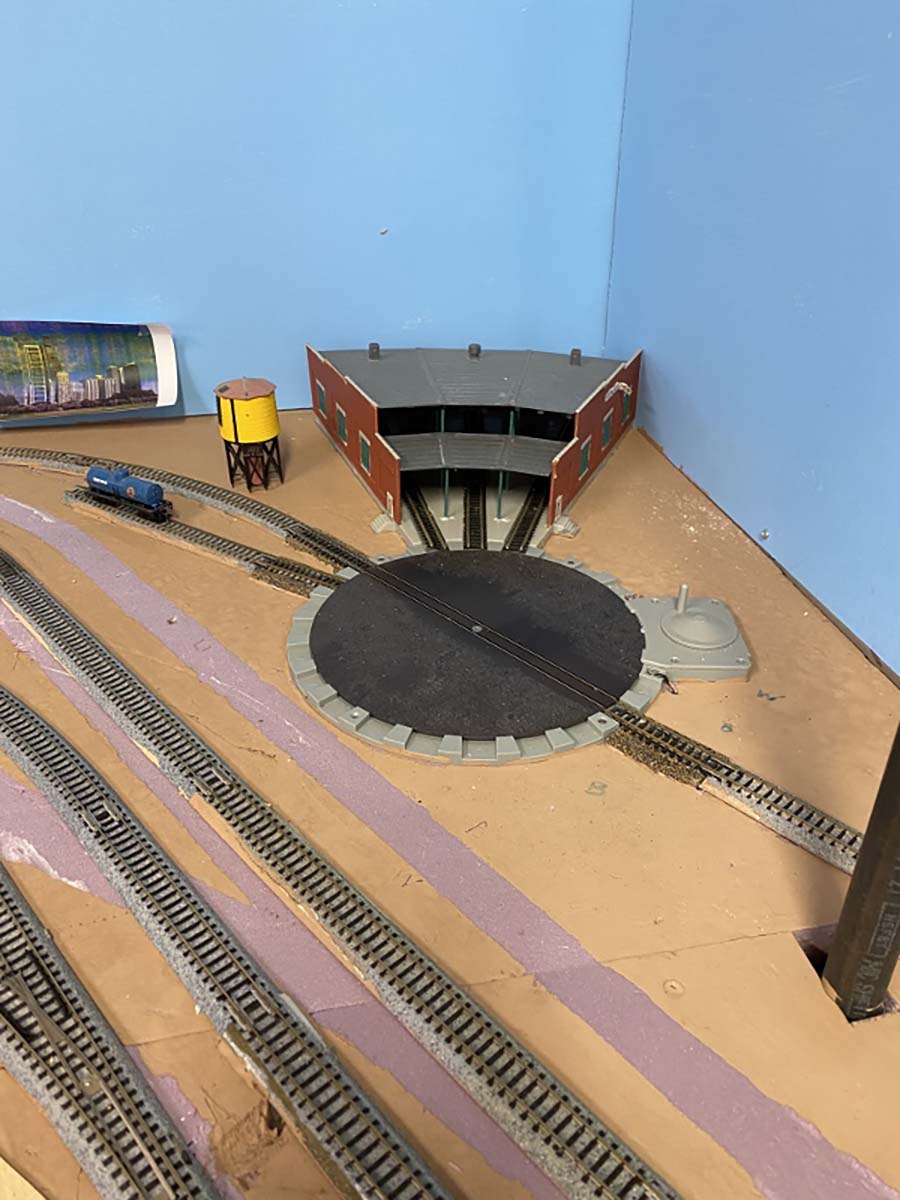 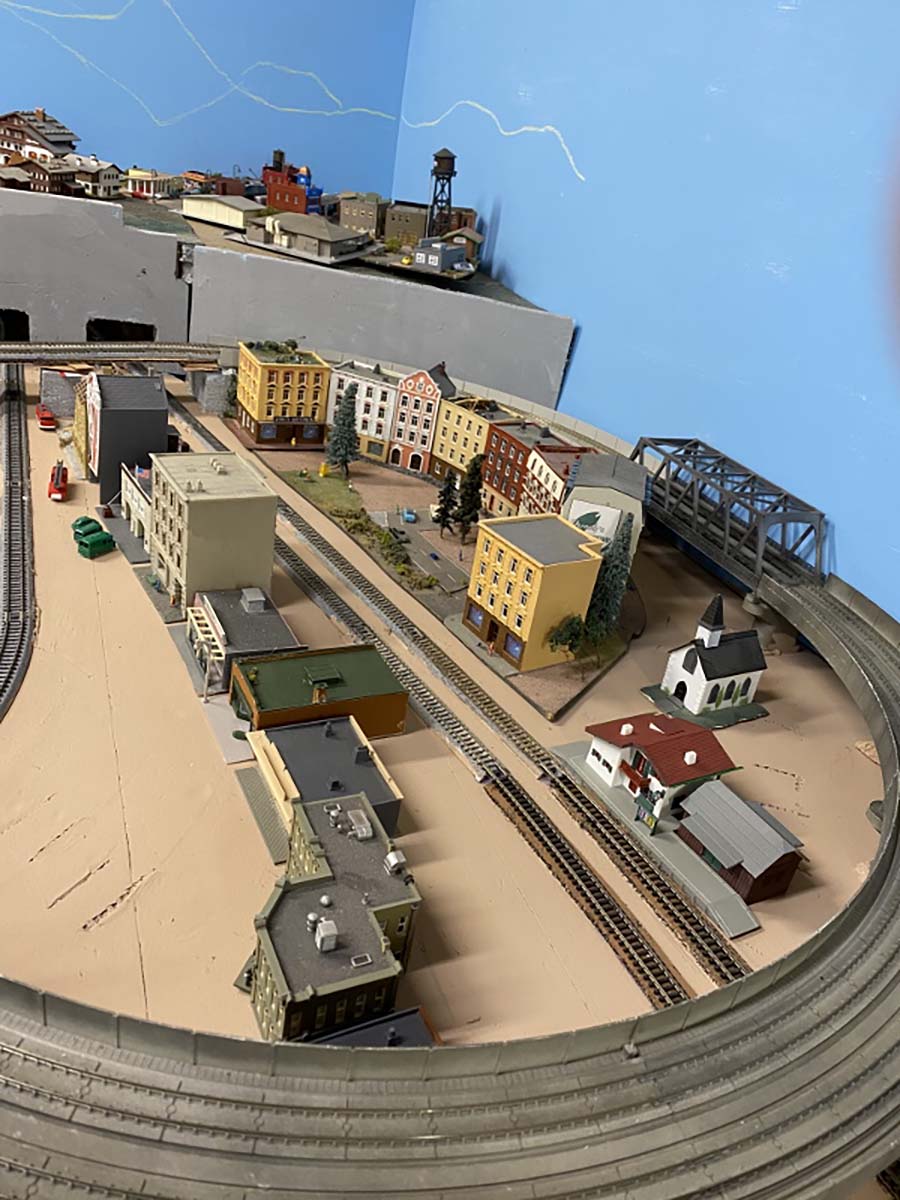 A huge thanks to Dick for sharing his third layout. Can’t wait to see that kato unitram on Christmas duty.

If you missed the other two, they are here.

You can also see Dick’s earlier posts on his N scale here too.