Lawrence has been back in touch with the progress on building O scale train layout.

Here’s what he’s been up to:

An update to my O scale layout and some info on projects not on the layout.

First, I wanted to replicate the elementary school I attended grades 1-7 in Cherry Valley Massachusetts. The problem with that is that it was torn down over 30 years ago.

After a year of digging in the memory of two of my sisters and myself. I started on the project.

I know it is a brick building with doors and steps on the front and both sides. A two-story building that had the first, second and third grade on the first floor.

The fourth, fifth, sixth, and seventh grades on the second floor. A large hallway separated all the grades side to side and front to rear on both floors.

What size to make the rooms? We remember the older students were in five rows, front to rear. And there were 5 or 6 students in each row. Then up front was the teacher’s desk. That means they were relatively large rooms. The assumption was made that the rooms on the first floor was the same size.

And we knew that it was an old building when my father attended the school in the late 1920’s. The first and third grade teachers not only taught us but also my father, LOL they let us know that many times. All buildings in Massachusetts have steep roofs because of all the snow we get.

Not to put that data on paper. Using the enclosed conversion chart, I drew a top-down view and a side view (doors and windows in place) on paper in actual O scale. Sorry I did not think of making pictures as I went.

From the paper I copied the layout onto 0.04 styrene sheets and cut them out. Glued a printed brick wall onto all four sides. Glued a clear plastic piece for each window with a 3 mm wood strip (for the window pane).

Added 3 mm strips around each window and doors. Added one quarter square strips vertically and horizontally to ensure the styrene stays flat. The stairs are layers of balsa wood and covered with the printed brick wall paper. I used Elmers wood glue on all the above, this did substantially better then CA glue to keep the items blued together.

The sides were held together with magnetic corner clamps to apply the styrene glue. I also added one-inch square gussets top and bottom of each corner to prevent future warping, shown in the picture. The roof gussets were put in place (next picture) and then the roof added.

The next two pictures show the finished product of scratch built pedestrian crossovers. One is over two tracks at the same level. The other one is over two tracks where one of the tracks is raised up four inches. I did buy a kit that shows how to make staircases in O scale. Only used the kit to draw the pattern to get the proper step and rise of the staircase.

Now to get off the layout. Herein are two items associated with trains that have nothing to do with working on the train layout.

I have seen lots of puzzles of trains. Enclosed is the train puzzle that I just finished. I have six more on display in my train room. I also saw a cross stitch picture of a train. I had to have it so now I am in the process of sewing it, also displayed here. If you want something you just have to get out and do it yourself.

I not only want to thank Al for all the work he puts in to get all these layouts to all of us. But I also want to thank each and every one you that sends the work and information into A for the enjoyment of all of us. 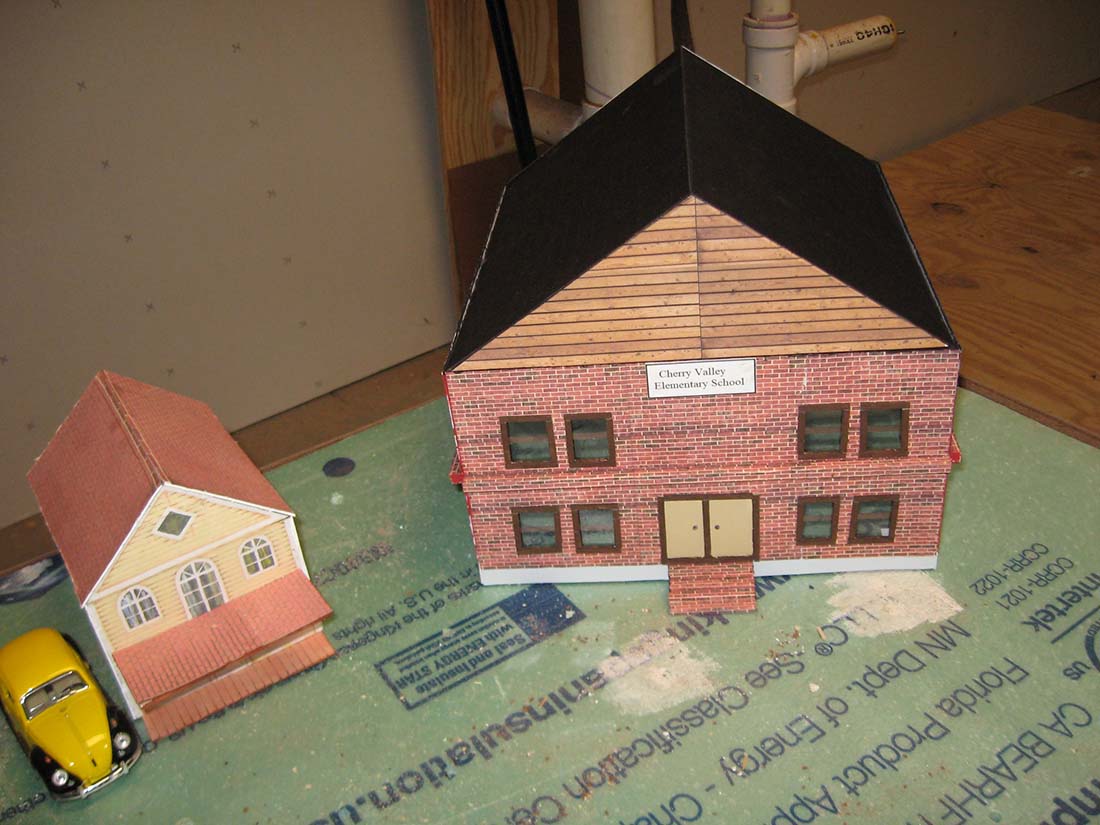 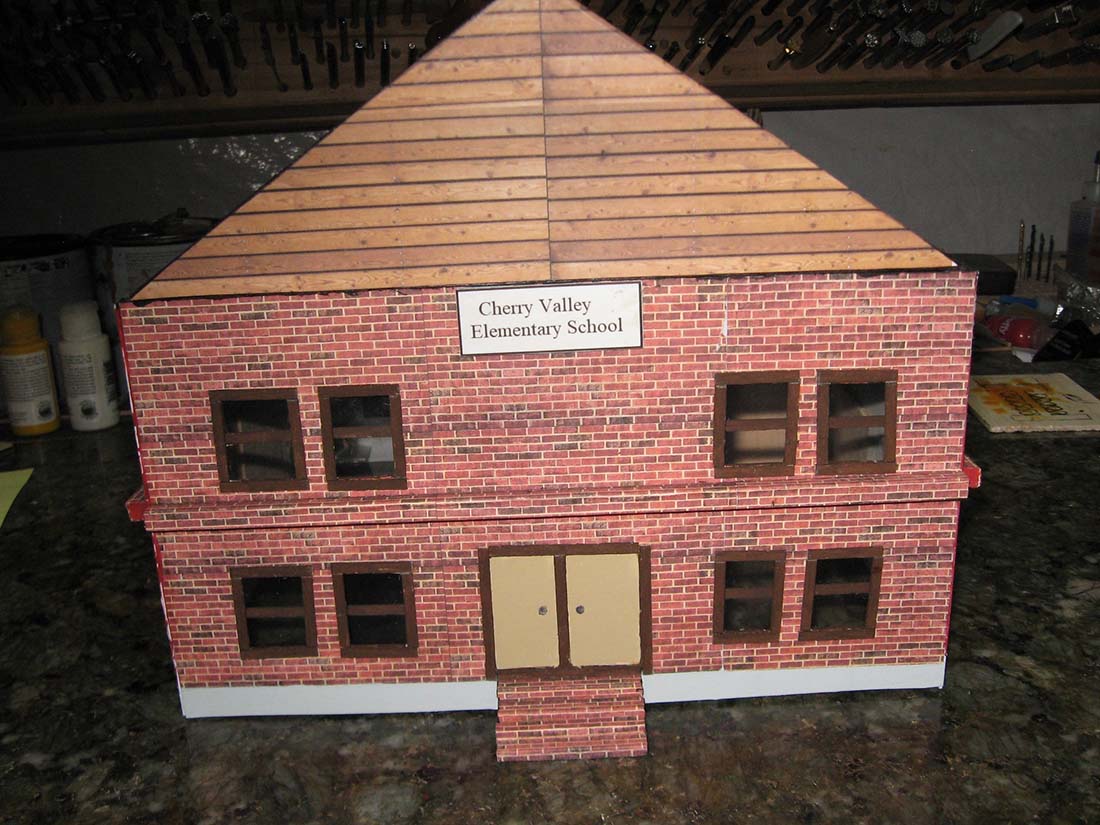 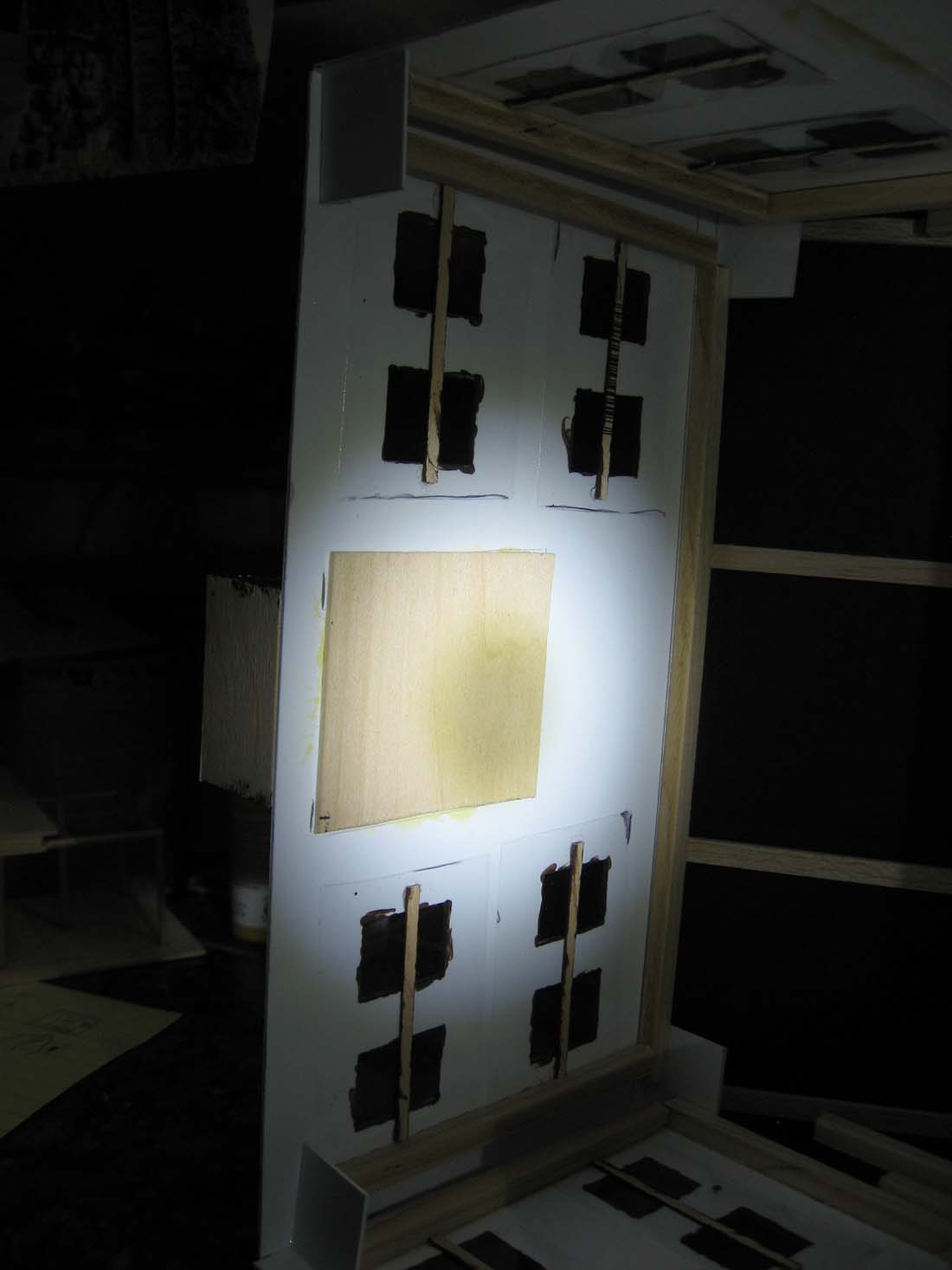 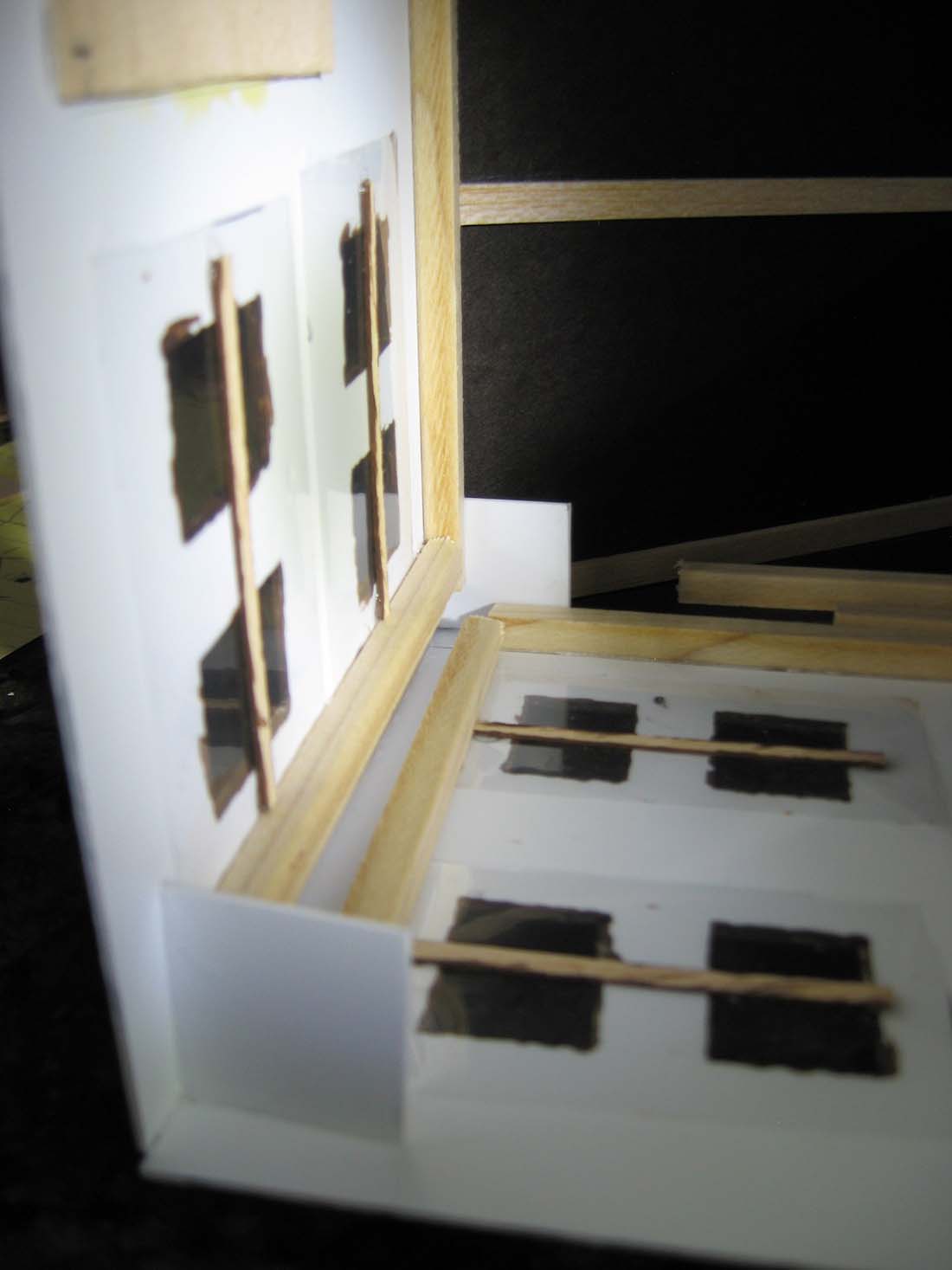 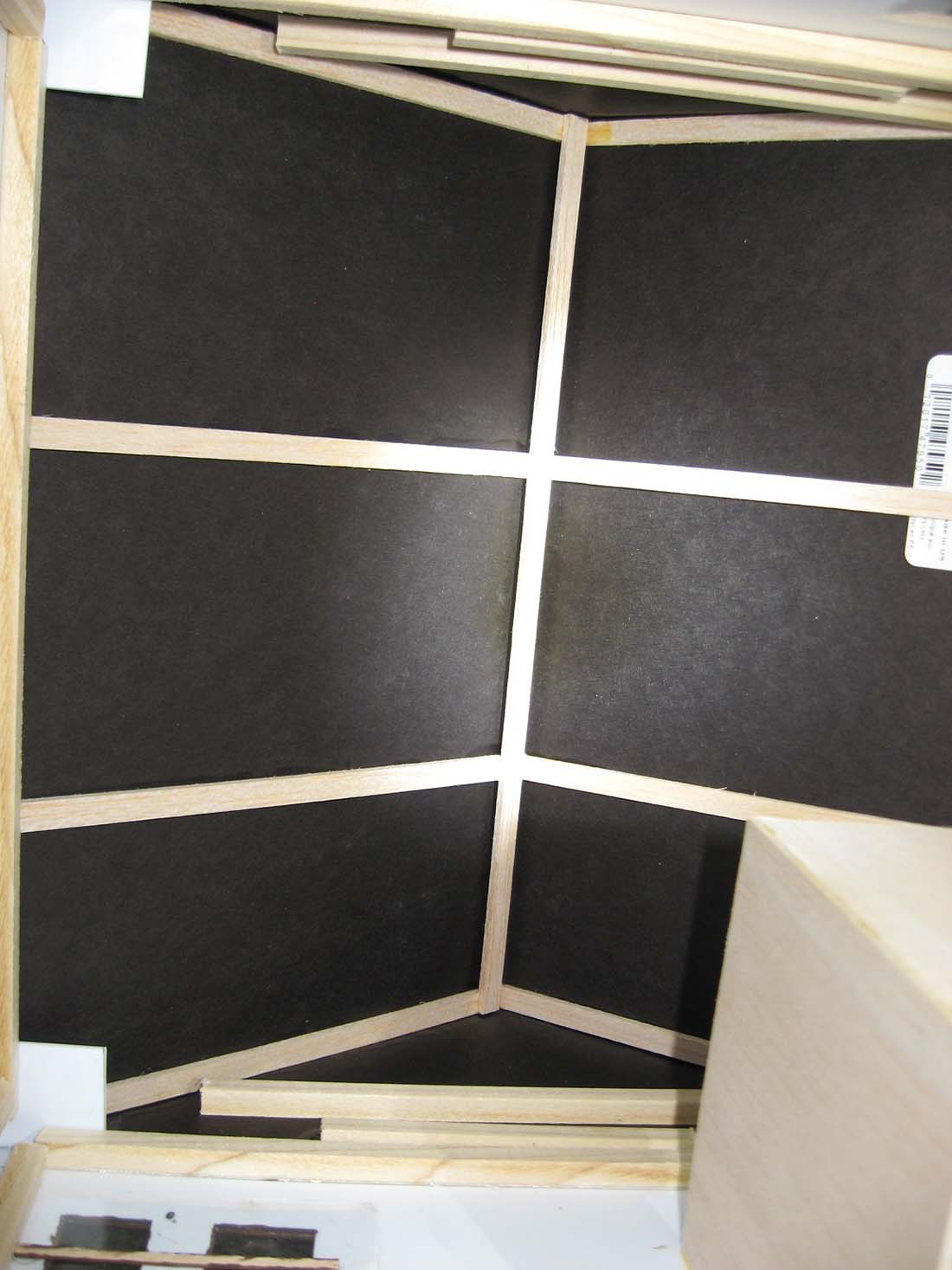 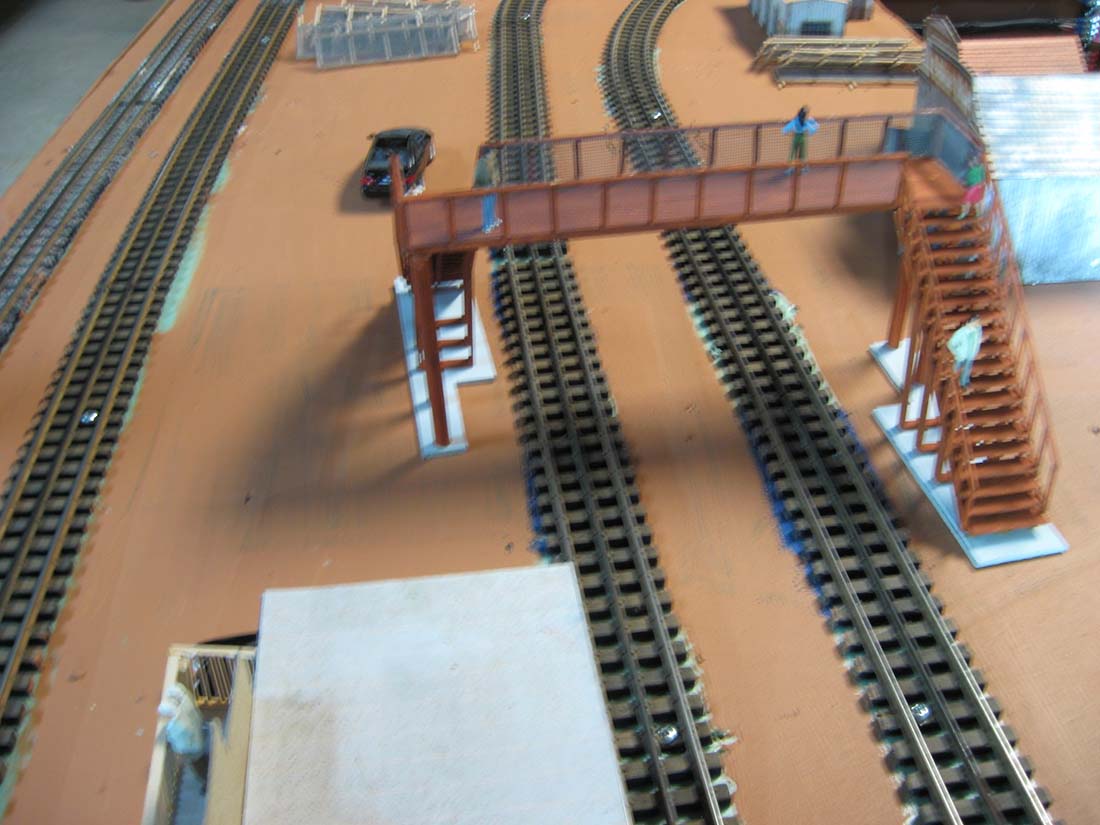 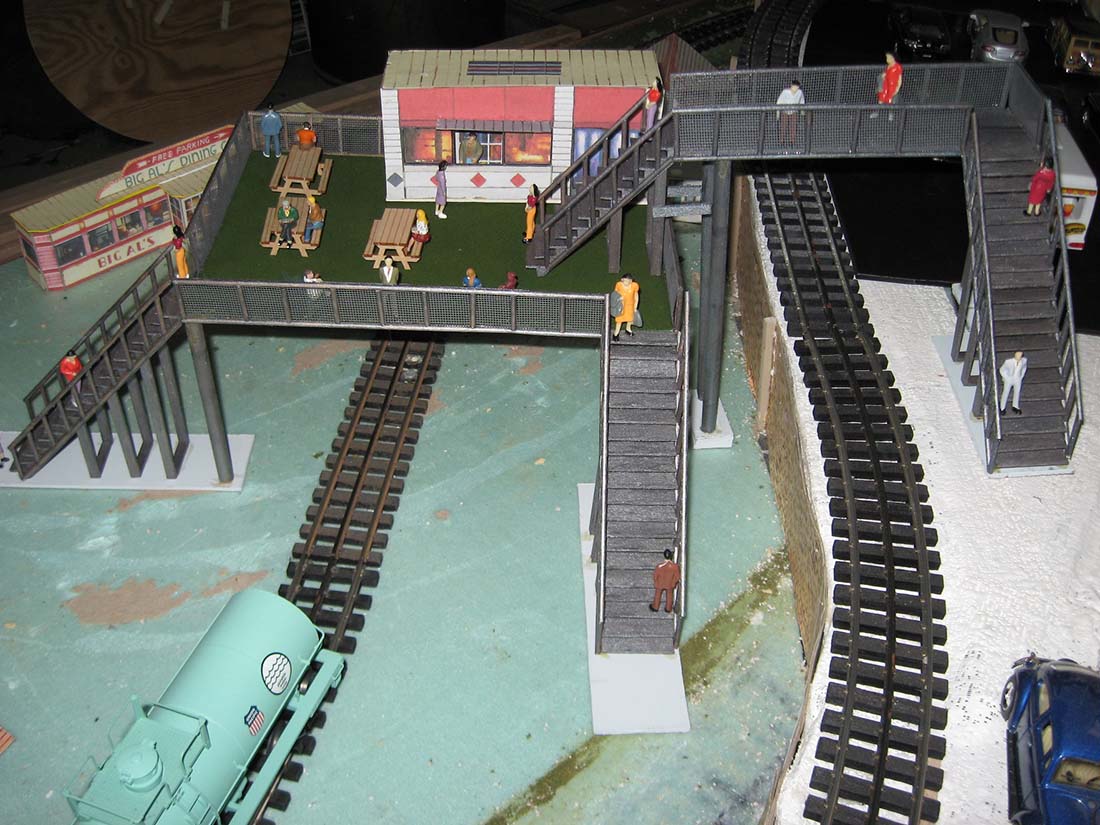 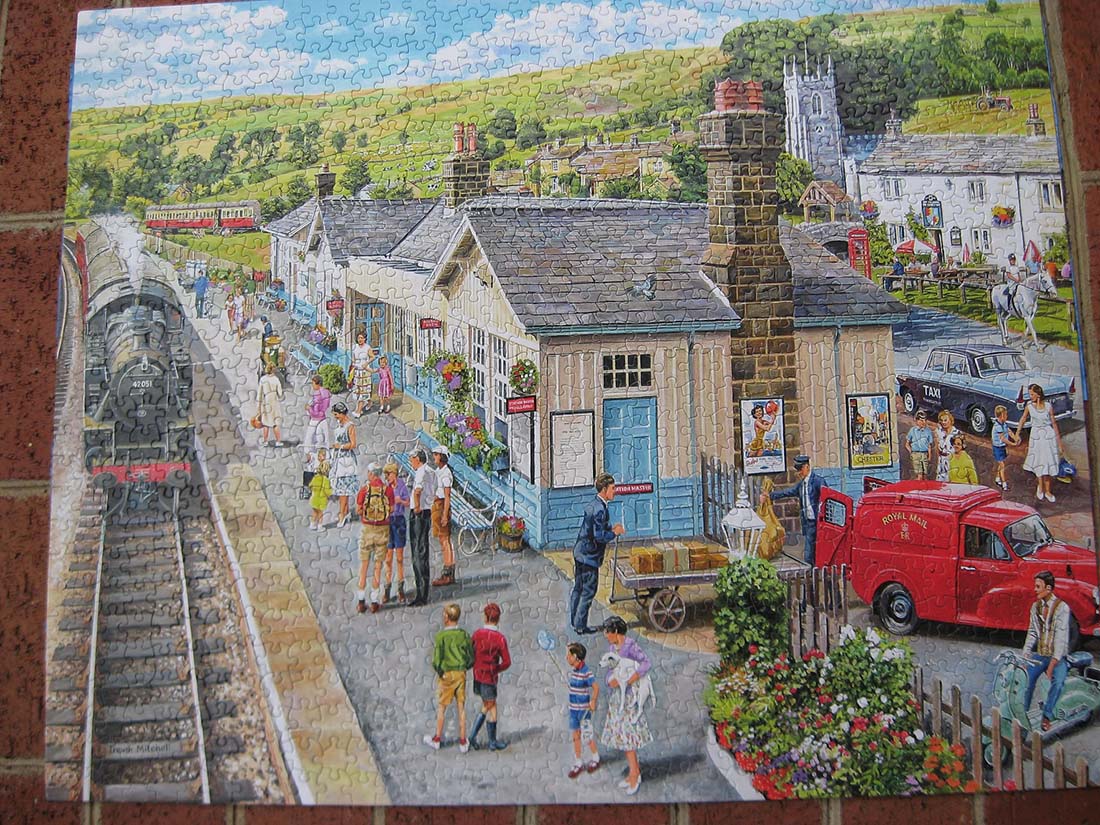 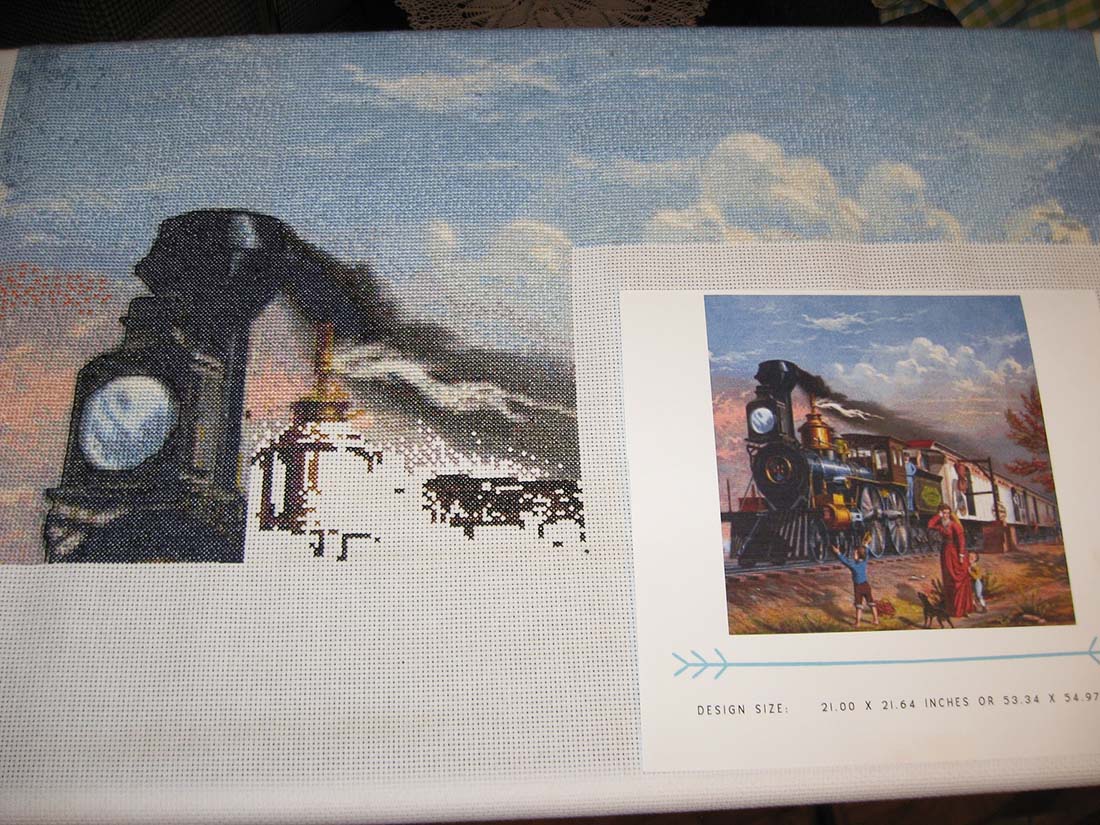 A big thanks to Lawrence for sharing his building O scale train layout.

I thought the idea of adding his school to his layout was a fun project – he sounds like he’s enjoying the other stuff too. And that’ what it’s all about.

Don’t forget The Beginner’s Guide is here if you want to start on your own fun.