This is a HO scale layout consisting of 3 separate zones. Farm, Village and Mtns. There are 2 bridges, 2 tunnels and lots of interesting things to see along the tracks. I use EZ track. It’s just easier for me to work with.

I used plastic, laser cut; self build (balsa) and paper houses and buildings. A little bit of paint makes them look more realistic. I purchased a bundle of paper houses I saw in your emails. They were easy to assemble and add a nice touch of realism.

The roads are made from a Woodland Scenic kit. The little details like the billboards were made from actual billboard pictures I found on the Internet. I reduced them to the proper scale, printing on photo paper, and attaching them to a painted balsa wood frame.

Mountains are made from 1” thick rigid insulation, stacked, glued, cut, shaped and painted. I also added some natural stone; plaster tunnel portals, and paper retaining walls. All topped off with some mosses and grasses I bought at the craft store.

The farm scene is my favorite. The farm house is paper, the store is laser cut and the barn and silo is built. I added a lot of little touches like the wheat and corn field as well as the plowed earth.

I topped it all off with people, animals, fences, gravel roads, vehicles and a few other items to make it fun.

I added a few more pictures. 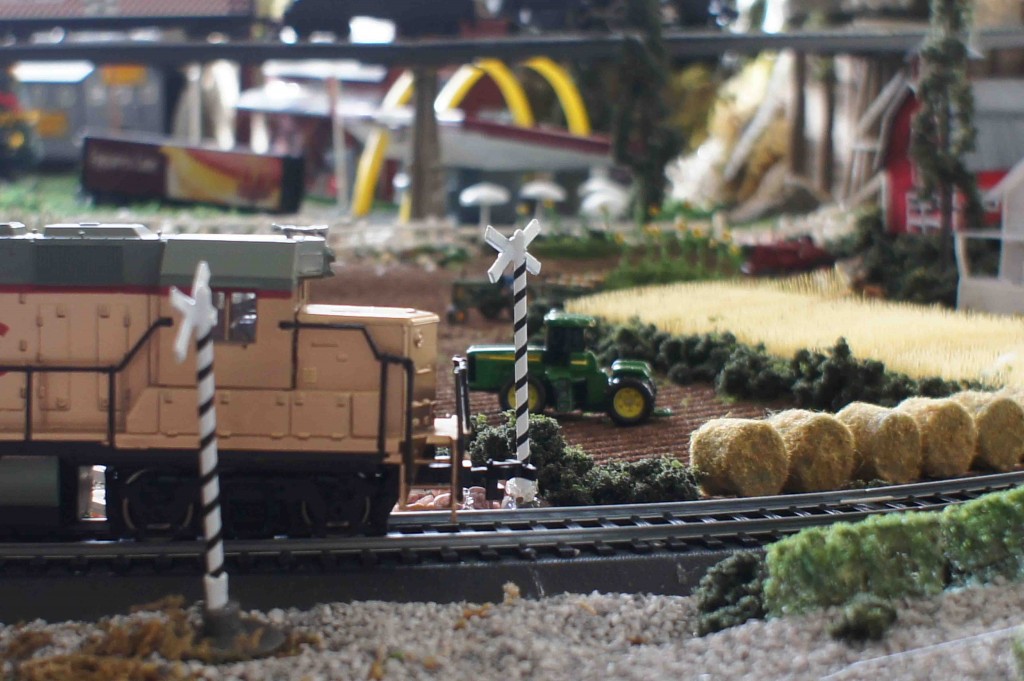 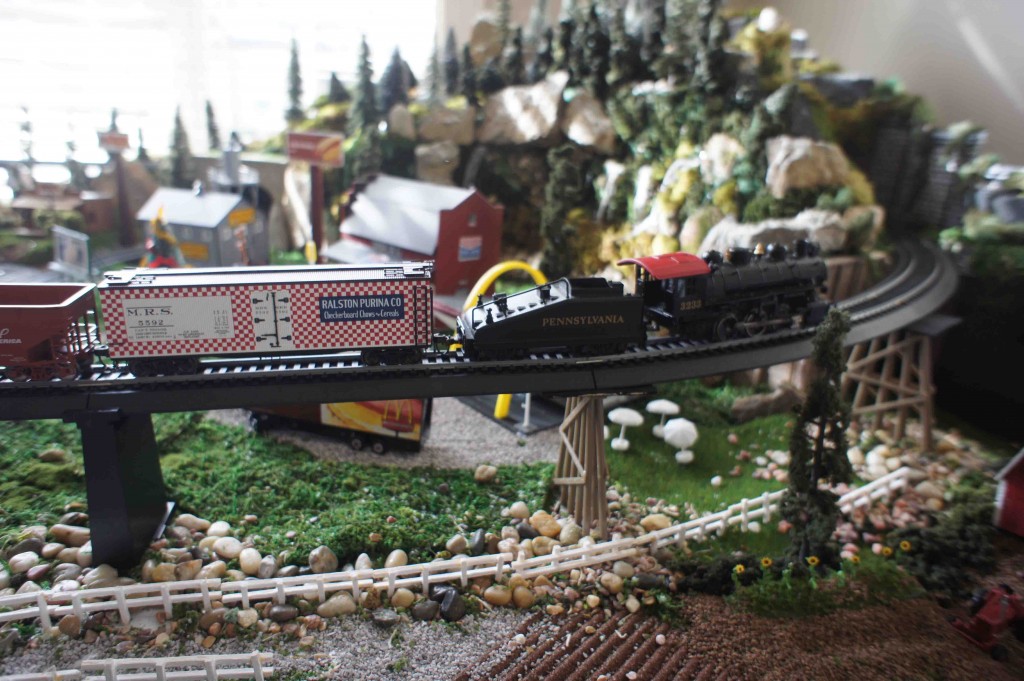 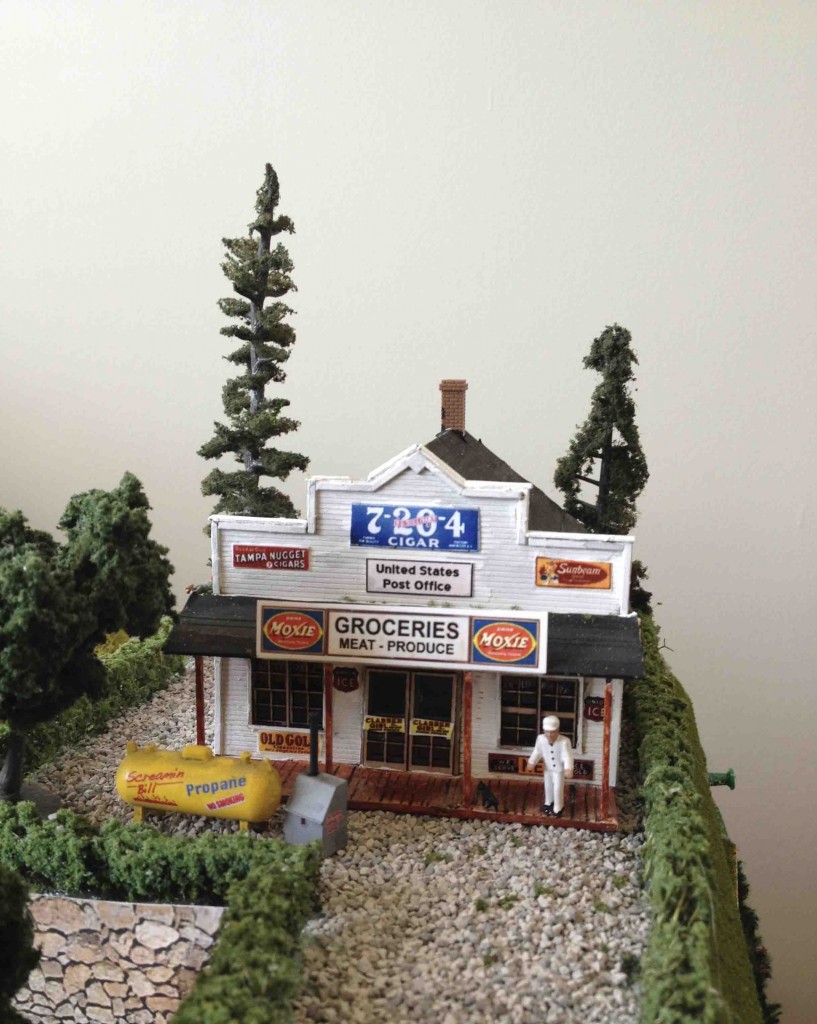 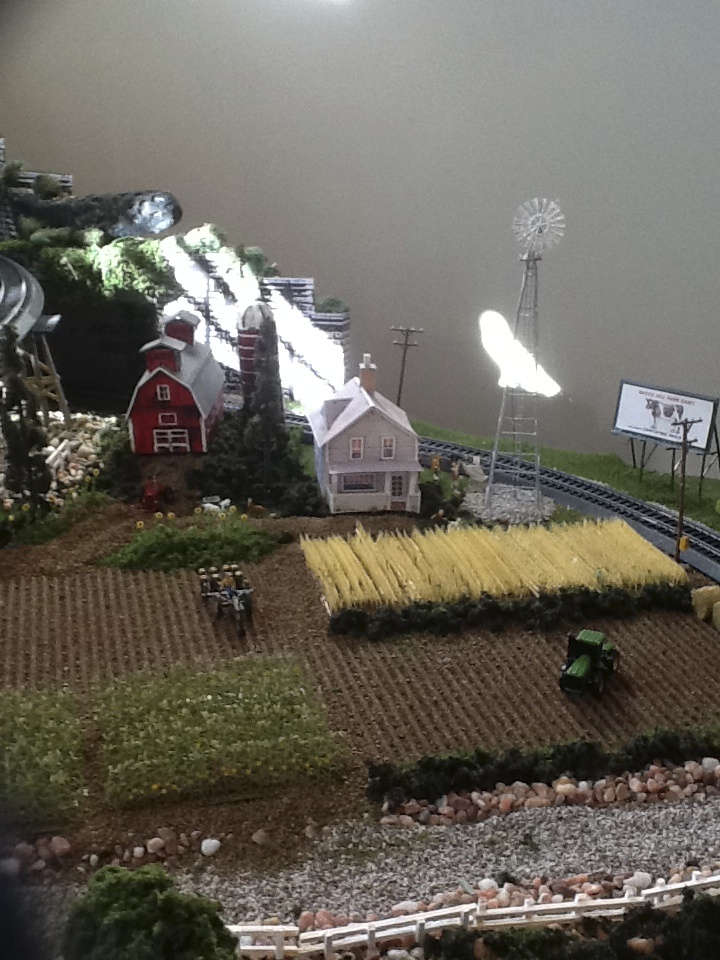 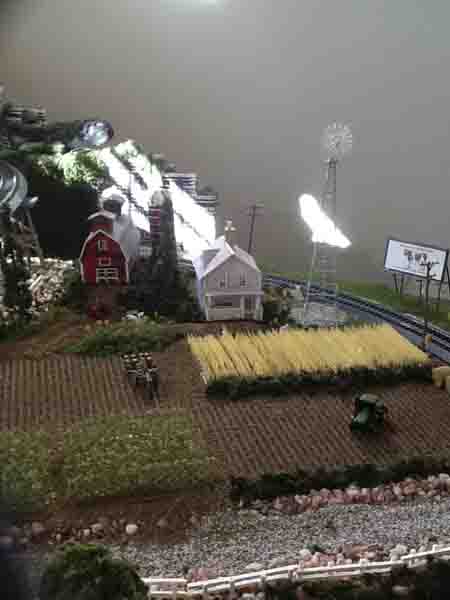 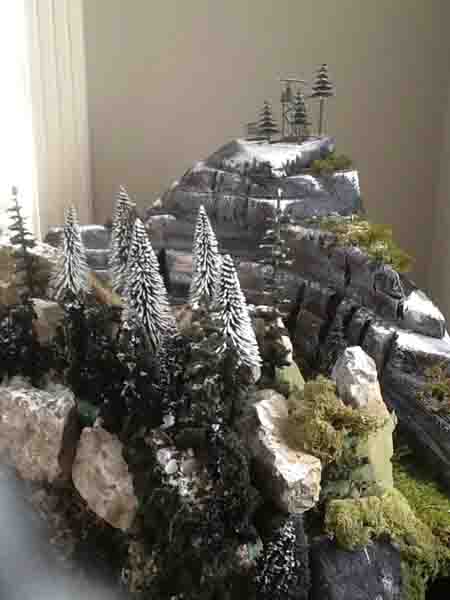 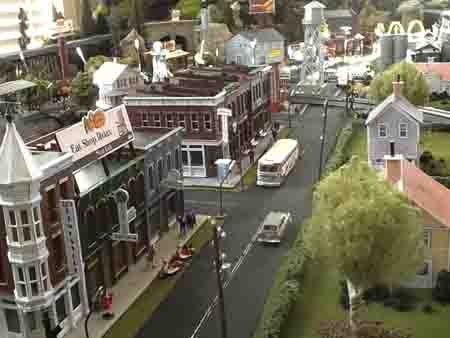 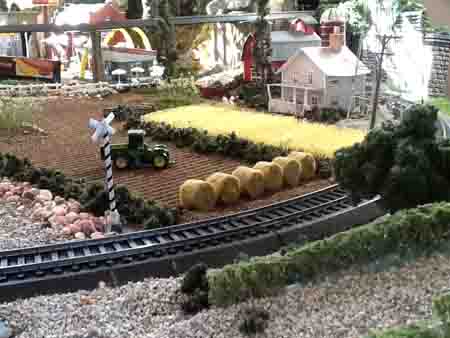 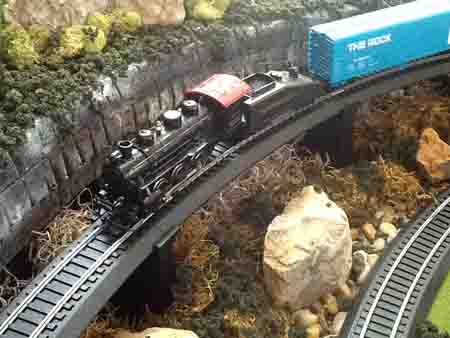 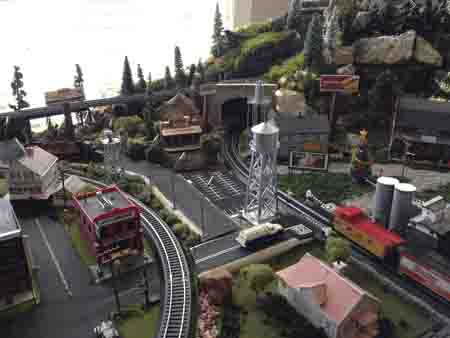 Another cracking layout. But it’s not just these gems I want to post – if you’ve put the time in and made a layout, please do send in pics.

And now it’s time to break off at a tangent. Stop reading now if you’re only interested in trains.

After my day from hell yesterday (wrestling with the technical gremlins to get the site back up) I got some very nice emails that cheered me up.

One mail was from Jeff. He just sent me some pics of his dogs (some of you may remember I’ve just got a puppy). And it got me thinking. Every dog owner I know has a funny story about their dogs. So I’m toying with the idea of starting a blog on dogs.

So if you have one, please do share. If I get enough, I’ll get busy. Saying that, my 5 month German Shepard is doing a good job of that, so we’ll see.

Anyhow, thanks for all your emails of support yesterday, all caused by the growing popularity of the ‘ebay cheat sheet’.