More from Arnie on his layout

Arnie’s been in touch again.

“Hi Al — Thank you for your support and posting of my video.

I want to thank all the readers/viewers for their positive feedback and support of the proposed video project.

I therefore will continue to brainstorm for the forthcoming video ‘episodes’.

However, an injury to my hand this past weekend required an emergency room visit and suturing of my thumb on my dominant hand. So the wheels of progress on the project will be turning a bit slowly for a few weeks or so.

I’ve attached a photo of my N scale layout track plan (the Susquehanna Valley & Gulf Summit Ry.) as viewers of my videos seem to always want to see it.

If I may, I would like to address a few comments/concerns voiced by several viewers of the new video:

Several viewers felt that some of the popup text was visible for too short a time. I agree and I apologize.

The reason for the limited time was due to the limited duration of the pertinent scenes which the text was referencing.

I didn’t want the text to linger too long and detract from viewing the very brief scene(s) or have the text flow into the next scene.

However, as a solution, I may be able to add a text only screen at the onset of the opening valley scene to give some detail about the 4 trains depicted in the video. This same procedure can be used in subsequent videos.

Some viewers thought the music was too loud. I will therefore make further adjustments in forthcoming clips.

The variable music volume approach that I use is intended for effect and/or emphasis of different scenes as the story unfolds; and also dictated by the varying volume of the onboard DCC sound decoders (when present) on different locos and their real or implied distance from the observer/camera.

Lastly, I want to thank Norton who noticed that cars on the PRR passenger train were wobbling as the train approached the bridge at the river.

Norton, the problem is not with the track. Instead, the rocking was caused by defective trucks on the combine and first coach cars.

I got new replacement wheel sets but forgot to change them before videoing.

I hope it doesn’t impair the many other clips I’ve already taken of this train.

Again, thanks to you Al for this forum and to everyone for their enthusiastic and helpful commentary. 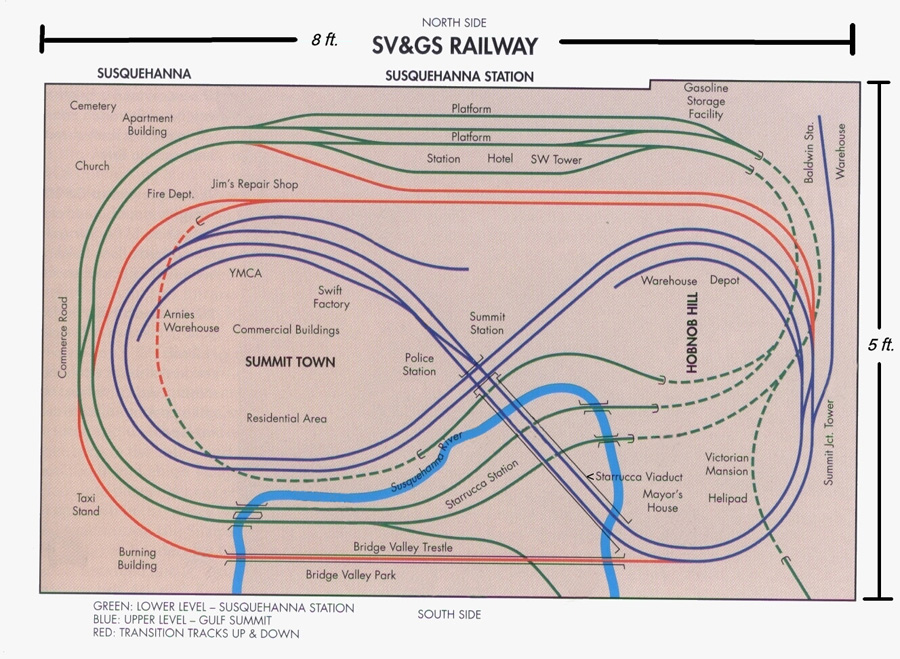 It’s ok to post it if you find it good enough for your site.

A big thanks to Arnie and Danny.

That’s all for today peeps.

And don’t forget the Beginner’s Guide if you feel like you’re getting left behind and want to get stuck in.

20 Responses to More from Arnie on his layout