Latest part of my 00 guage model town with the water park and the town pub.

I am really enjoying doing this, I made the pond from model water.

The pub has turned out better than I had hoped. more to come at a later date.

The stone wall I made from a length of cardboard and covered in PVA glue I then sprinkled fine pebbledash which I sived through a cheese grater; came out great.

Keep up the good work sending all these tips and great ideas from everyone. 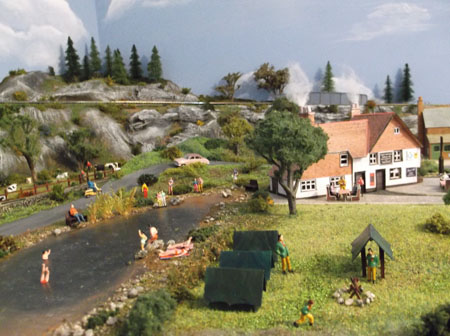 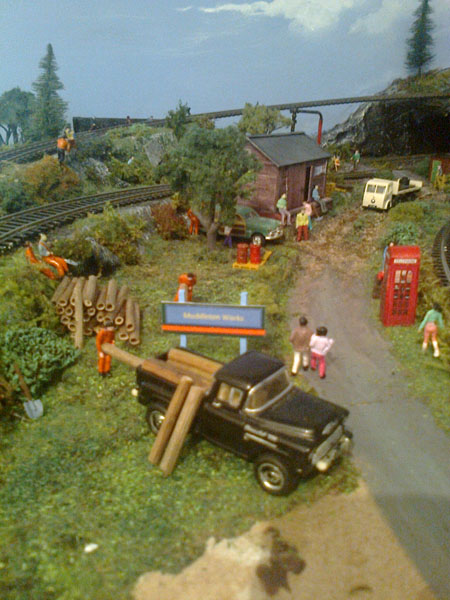 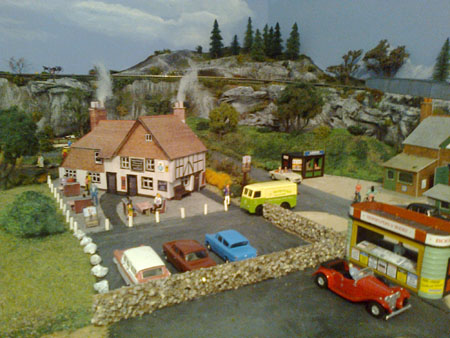 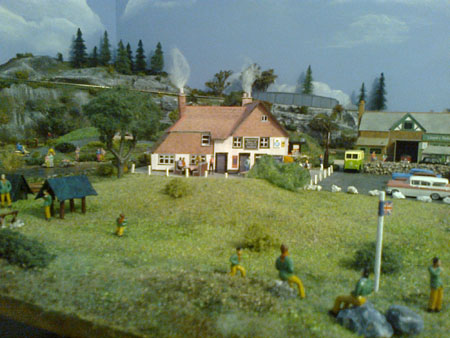 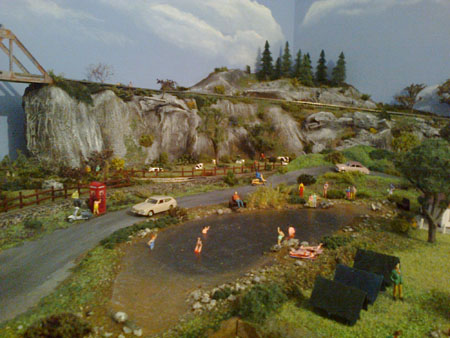 (See more of Stuart’s layout from an earlier post here).

“Instead of using ballast and track underlay I went ton a vinal shop and bought an offcut of brown spotted or flecky underlay that is used for laying vynal and cut it into strips for track underlay.It looks the real part. Track underlay out here in NZ is so dear.


“Another tip for people doing benchworking is to have your plywood cut at the lumberyard before you bring it home. Most plywood comes in 4’by8′ sheets. This can be bulky to haul up to the attic or down to the basement. With a little forethought, you can have the lumberyard cut it into 2’by4′ pieces; or 4’by4′ pieces; or whatever specific measurements you need.

Not sure i sent you this yet.It’s my end train flashing warning light.Think they call it a fred.If ya dont want it on.Grasp it and unplug.or plug back in.

The two holes i made in the car are the same size as the leads going in.almost invisible from the outside.There is an old computer connector inside the the car that the unit plug’s into.Then that run’s to a temporary battery pack.

I plan on running power from the track later to run it.No wires should show.Really easy to make.Im going to shrink it smaller alittle and better material.Only a test.tell me what ya think” 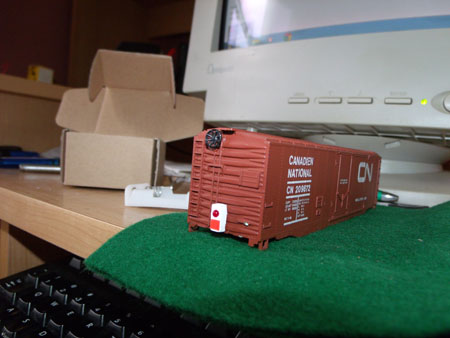 Other is a test.My warning tail light at the end of the train.It flashes every second.And if you dont need it on there.You can pop it off.I made two so tiny holes in the back of it same size as the Led posts.And those post have a plug on the other side with a a battery pack inside the box car.It’s a test so far work’s great.I will steal power from the track later to run the 2mm flashing Led 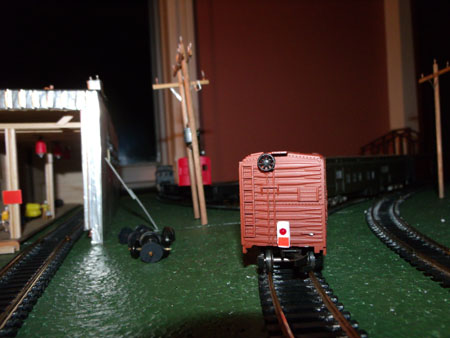 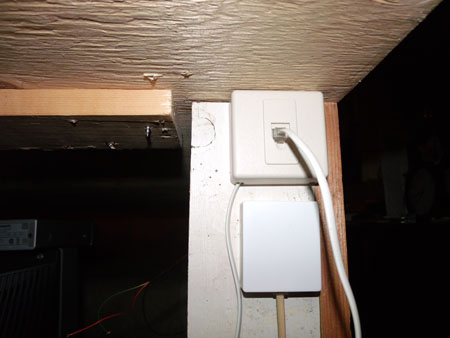 There’s a lot of talent out there, isn’t there? Thanks for sharing everyone. Please keep them rolling in.