More on weathering your coaches

“For my first attempt at weathering a rail car i chose an inexpensive bachman gondola. The nicks on the side and gouges in the bottom were done with a file.

Next i heated the sides with a lighter and pushed them in or out. The weathering was dry brushed with acrylic paint, i chose burnt amber for the paint color to resemble a rust type color. The scrap wood is a tooth pick cut up and painted and the dirt is frack sand. I then sealed the car with Dulcote.

The sand is a little big so next time i will use a finer grade. The effect i was going for was to have a car that was very used and abused and i think it turned out o.k. At least my girlfriend thinks so also !! Will send further attempts as we progress. Plan on modeling a west texas oilfield area where i live and work. 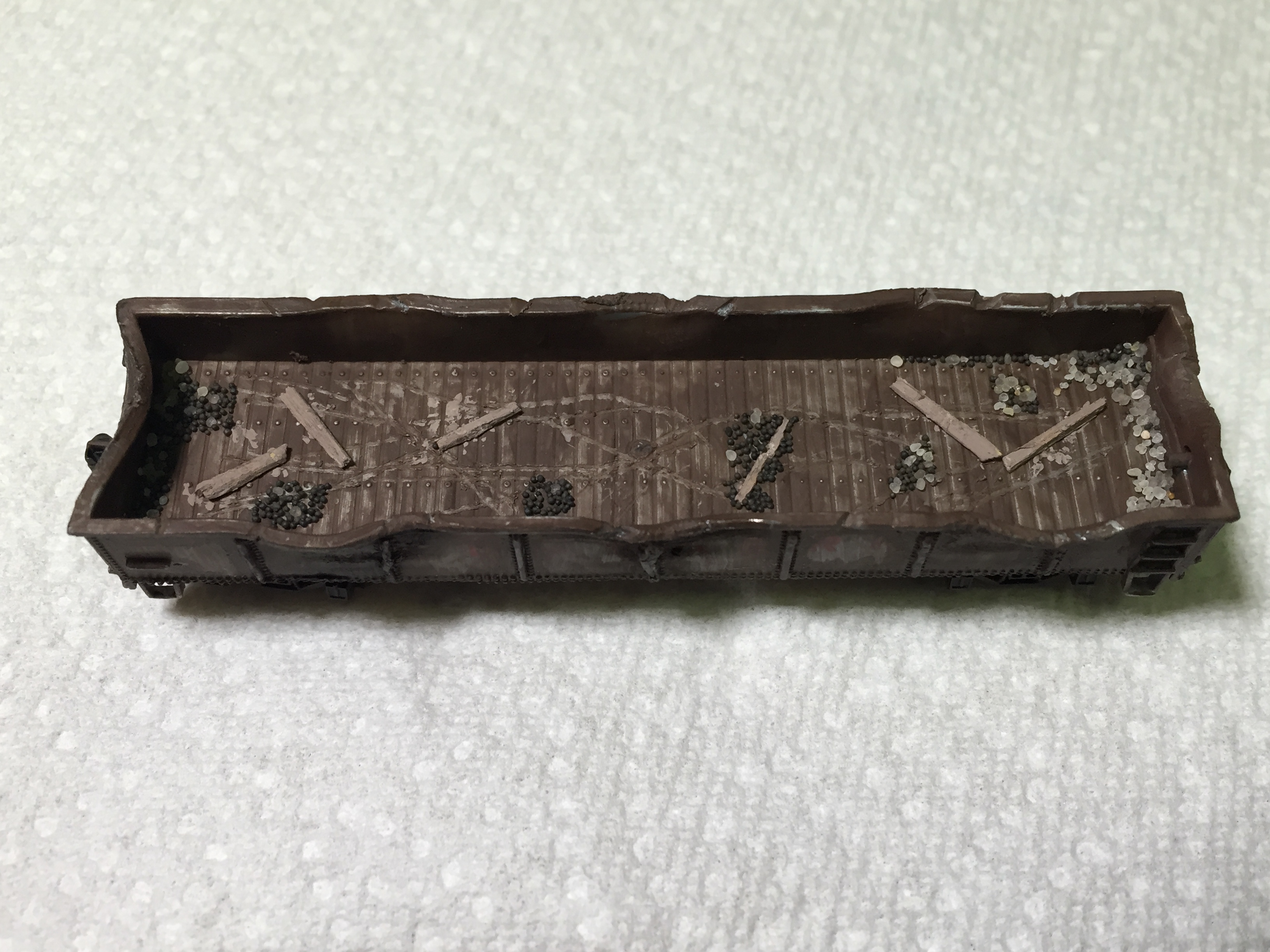 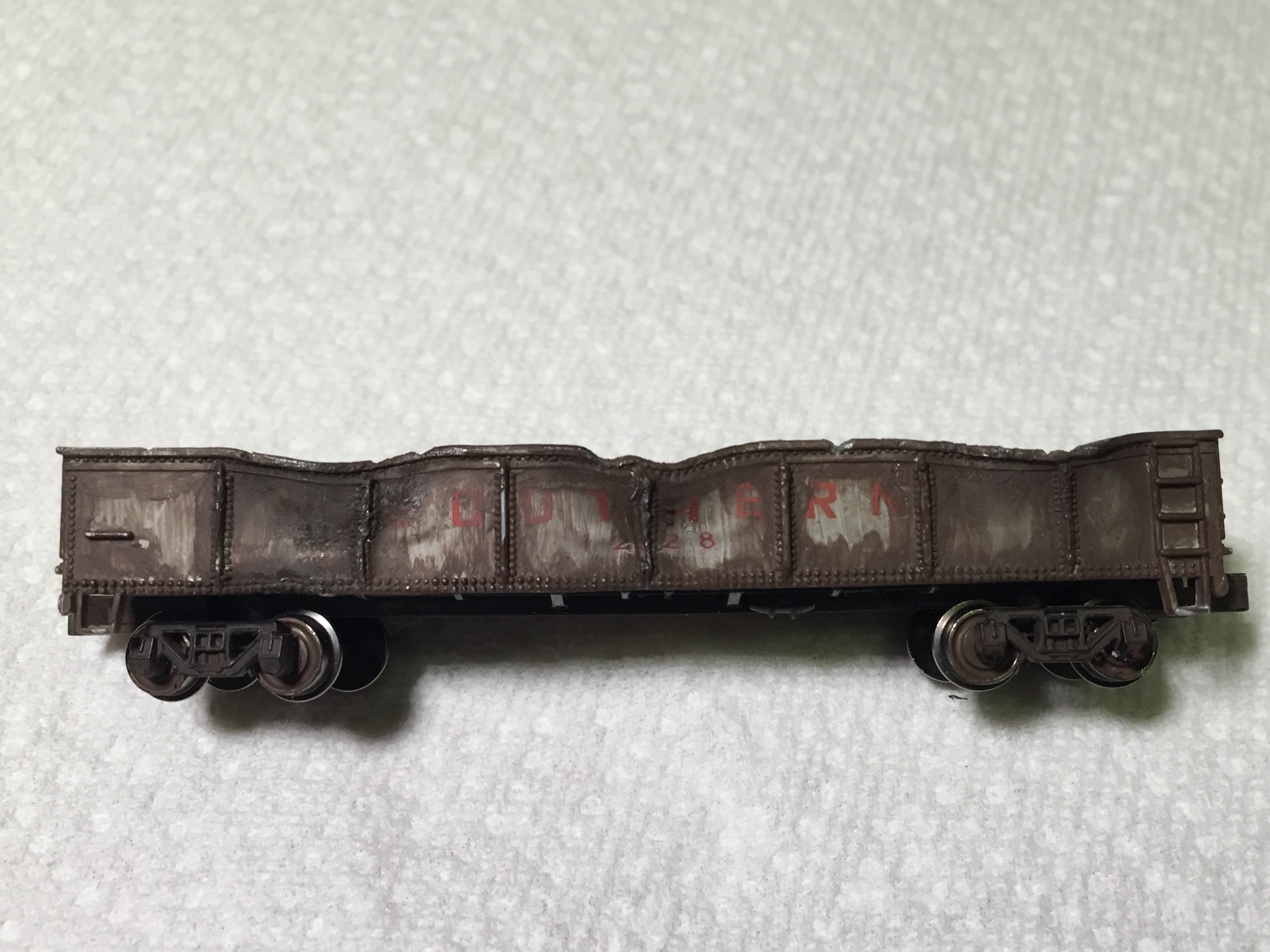 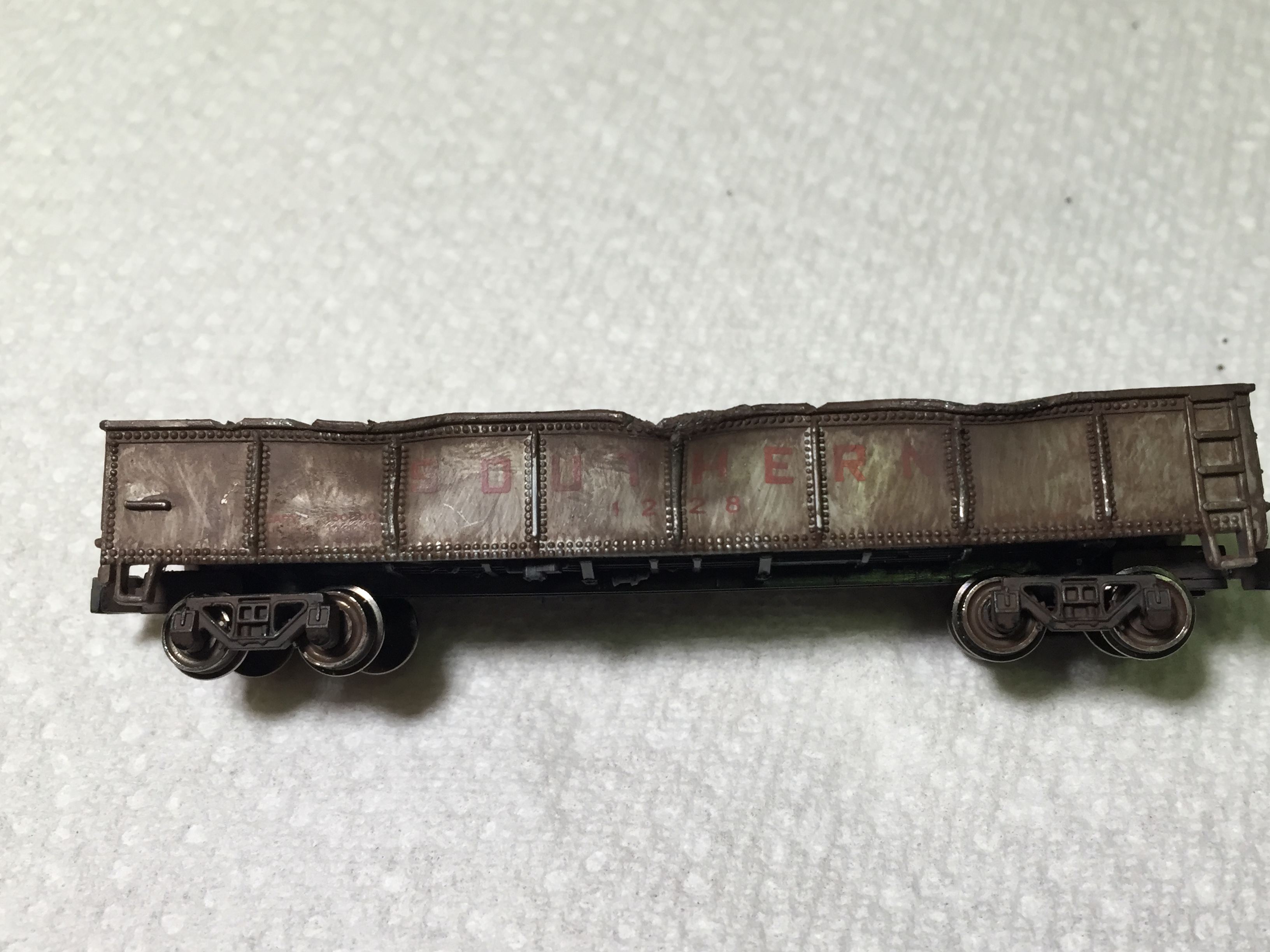 Here is a fun photo, titled “Late evening after a horrendous thunderstorm”. The tip here is for those that use their iPhone for layout photos. Turn the iPhone upside-down so that the lens is right down on the ground level of the layout. Focus on the subject.

The foreground will be blurry but you can crop it out or, in this case, with the night shot it doesn’t really show up. Gives a good perspective!

Golden Key Member (and loving it) 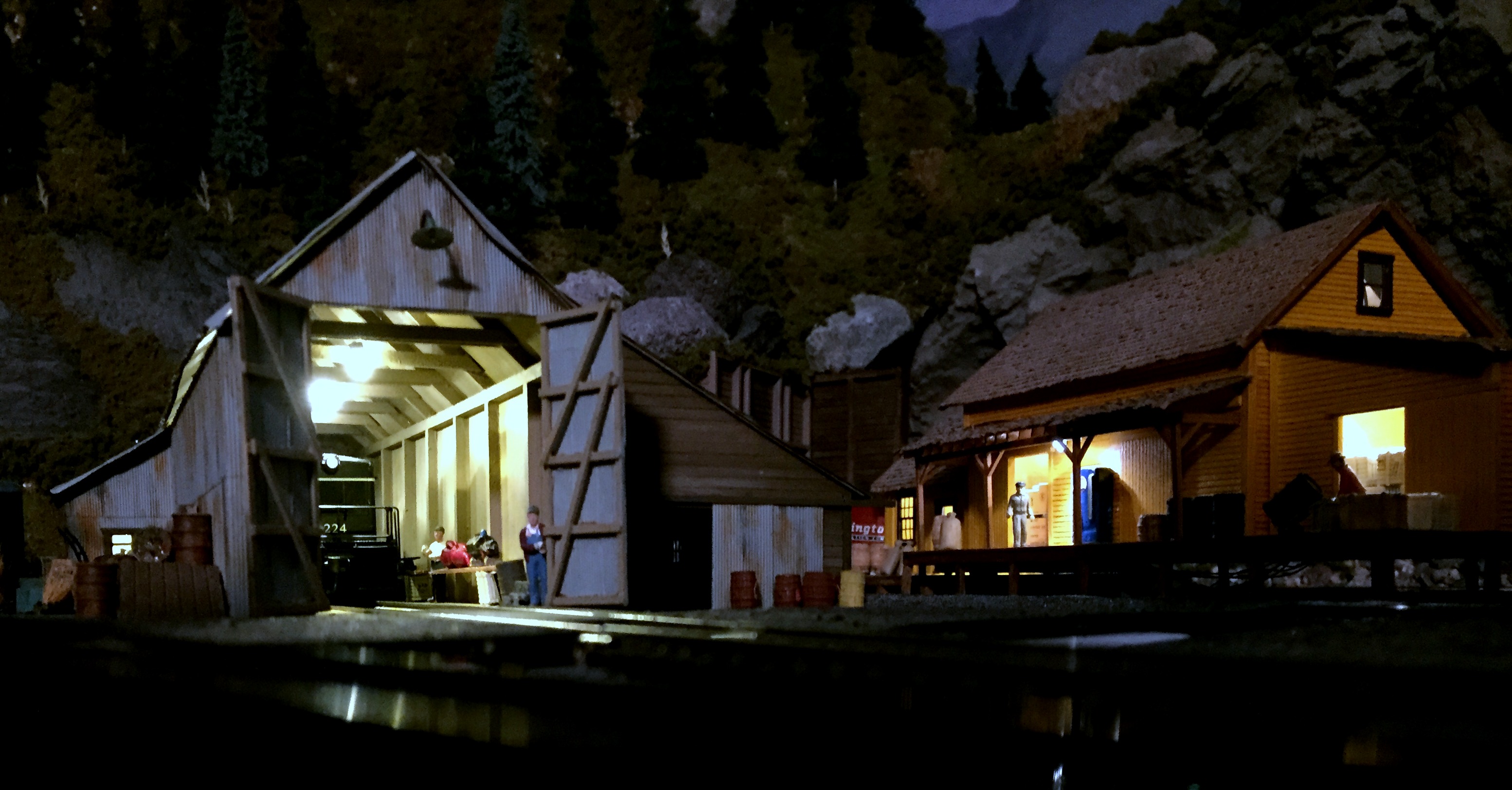 I have been in RR employ over 46yrs retired in May 2000. Now am 78yrs old, Also a model railroader since teenage years. Settling in HO scale.

In 1970 I designed the HO layout of the Walnut Creek Model RR Society in Walnut Creek, CA 2751 Buena Vista (in Larky Park) my pet peeve was lack of bright headlights on engines. Some members engines still don’t have headlights and some that barely can be seen at all. Factory headlights mostly are still not scale proficient in brightness.

I have perfected that by installing bright White LEDS in the unit shell complete with 1000ohm resister to power the LEDS. I apply brass contact plates to the inside of the locomotive shell on both sides. All the light wiring is in the shell.

On the power chassis I install power connector plates on each side of the motor to match the contact plates in the shell. Note: all these have to be custom made for the type unit you are lighting. I have five sets of F7’s ABBA’s of which four sets are of Ahearn super power mechanisms and 1 set F3 ABBA Stewarts. And all now have full bright headlights even at minimum voltage.

I also provided a Red LED for reverse movements on all the cab units. I have also lighted other members locomotives this way.

I also have replaced the incandescent lighting in KATO’s business cars to twin bright white 1.8MM LED’s each directly below the red & green plastic light receiving end on underside of car top plastic panel. N9ow there is a bright red rear light plus the green and red side markers. Red to rear and green forward. Another club member had 5 of these business cars that I lighted for him also.

That’s all this time folks. Thanks to Robert, Mark and ‘Roadrooster’.

20 Responses to More on weathering your coaches