“I have to say at the outset than I am no modeller and indeed for the ham fisted like me choosing N gauge has proved a real challenge. 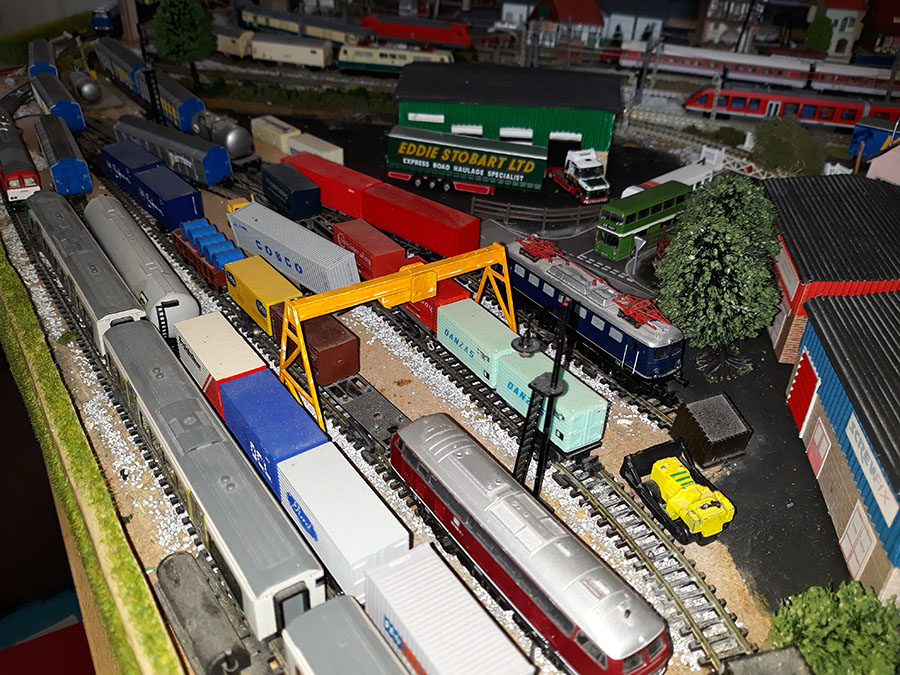 I confess to a lifelong interest in public transport starting with a TT gauge trainset in the late 1950s.

Adulthood, raising a family and work got in the way of furthering the hobby. Retirement provided an opportunity to pursue the interest and, with our three children having moved out, requisitioning the fourth bedroom for the purpose (a decision my wife, Jill, now rues!). 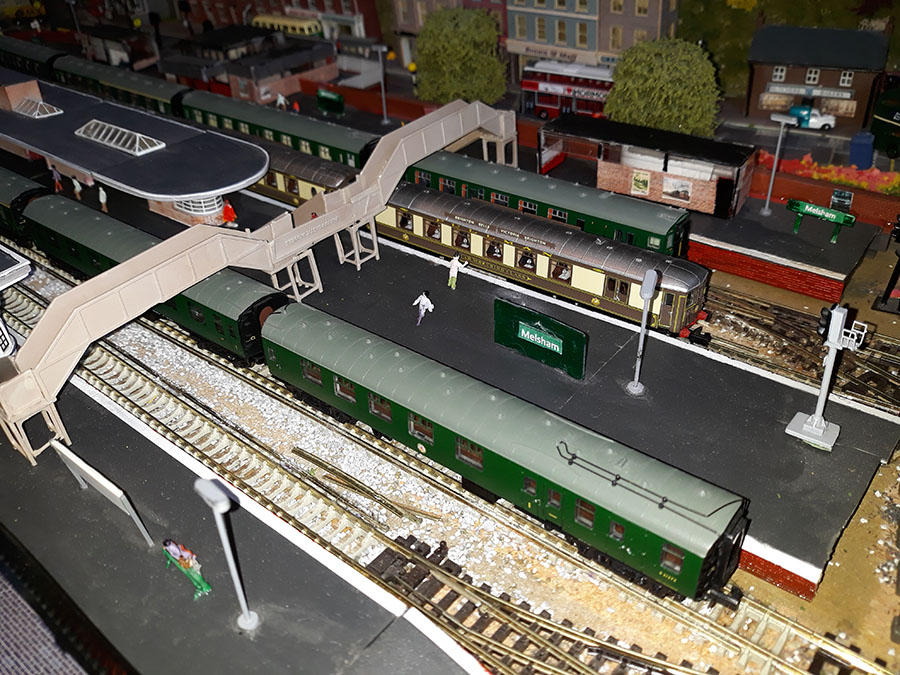 Started with the aim of building a Southern Region layout and got the ball rolling by acquiring a Merchant Navy class loco and three SR coaches plus a 4 car CEP EMU. However, having worked in Germany, I was tempted into juxtaposing the South West London environs with Bavaria. So with loads of different rolling stock I’ve ended up with a real mish mash. 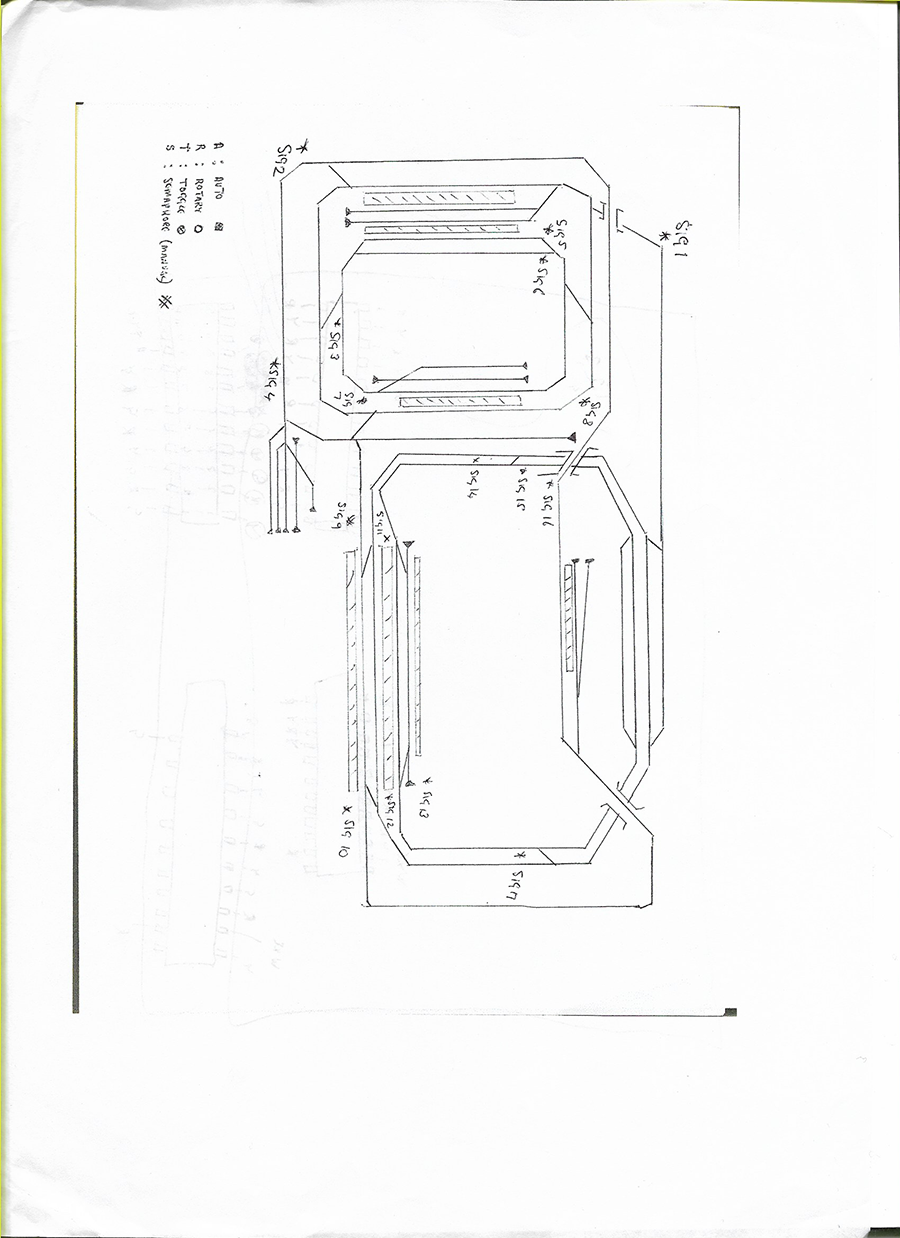 I went for a layout on two levels which would provide variety with five circuits enabling a number of trains to run simultaneously. 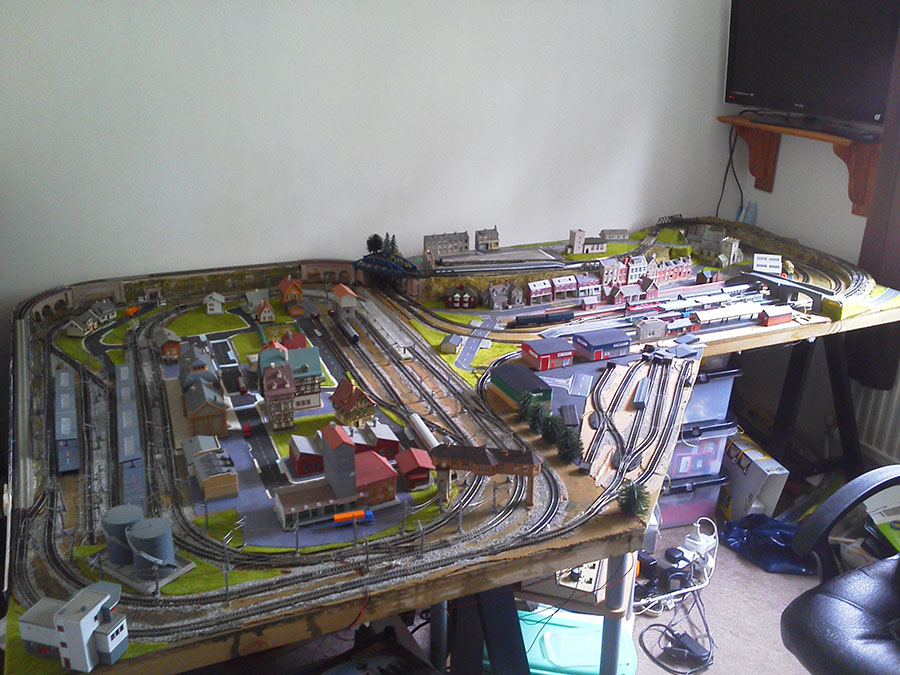 Judgement of my modelling skills I will leave to fellow members of this group but it was great fun. Oh and early on I decided to introduce non-working overhead wiring to the German section – not particularly good for the back. Laying third rail for the Southern was relatively easy by comparison. 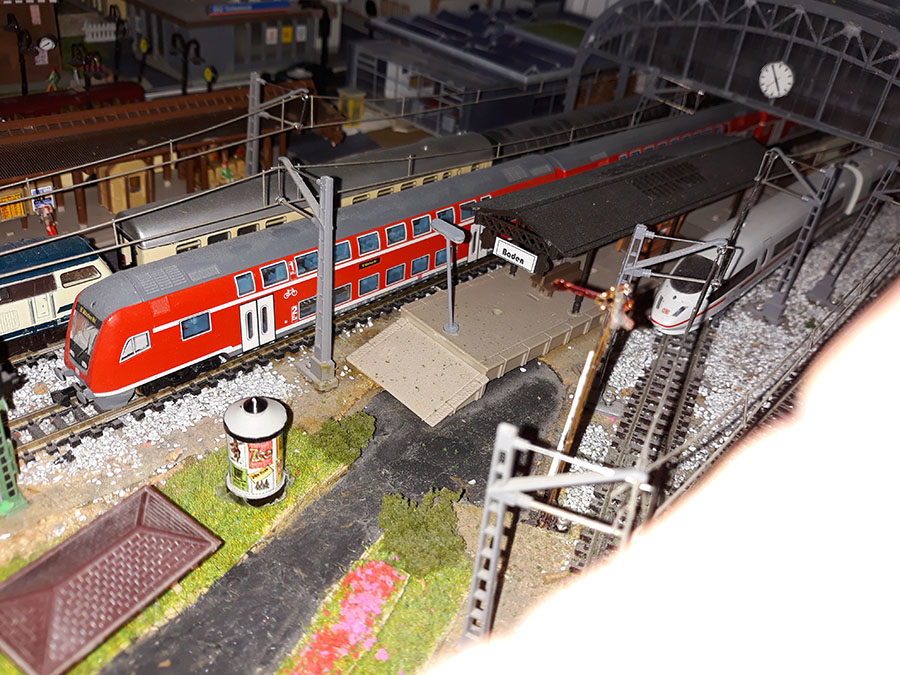 As to the electrics, starting off my knowledge was confined to the ability to change household light bulbs and fitting three pin plugs! The basics of wiring the layout were actually relatively straightforward. The decision to light buildings and streets came as a result of seeing what was possible after visiting a number of model rail exhibitions 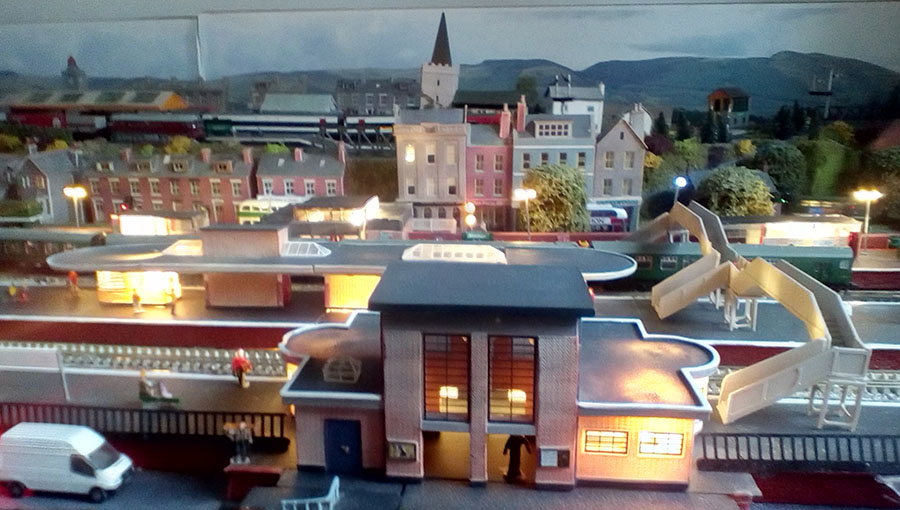 I would caution against going to the next stage of introducing working colour signals and traffic lights as I did, not least because the wiring for LEDs (cathode v anode) differs in the UK to the rest of the world (something it took me several months to discover).

Adding electric points (turnouts) for hard to reach areas followed. The other hard lesson learnt is test lighting/wiring before installing it! And I still need to get round to organising the wiring. 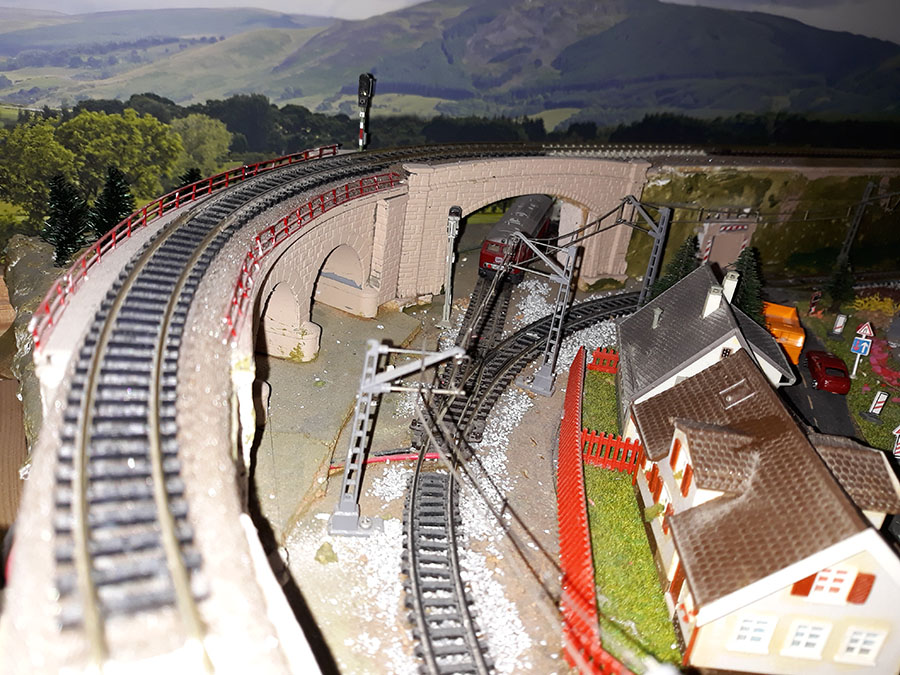 My local shops in Essex, John Dutfield in Chelmsford and Plus Daughters in Basildon have been incredibly helpful and I would always argue for shopping at a local stockist before opting for online.

In addition, exhibitions, Layouts 4U and Block Signalling have proved invaluable in aiding my exploits. 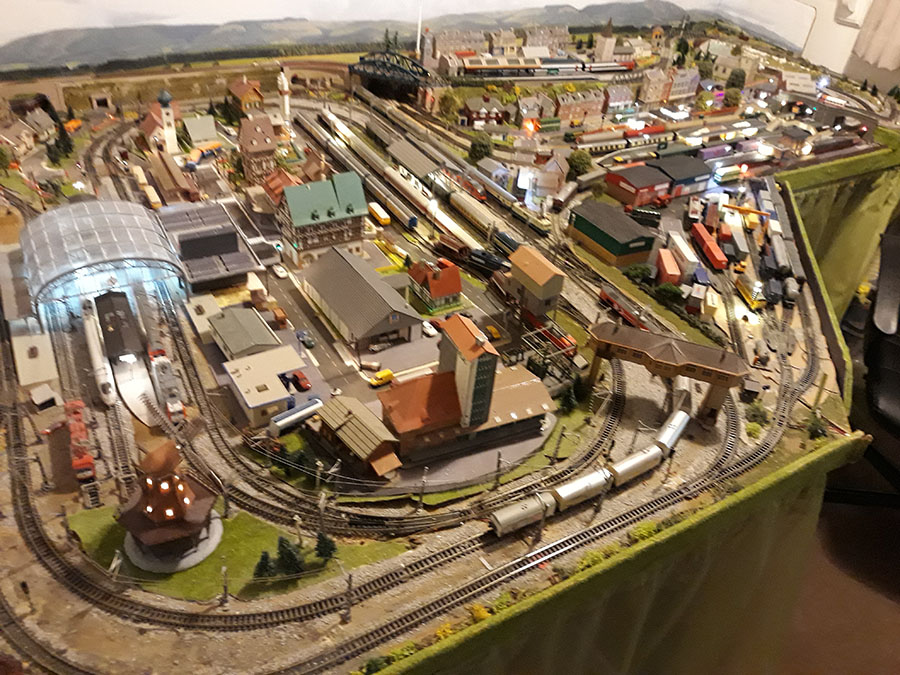 I’m part way through writing a manual for the layout because there is so much that requires documenting which I’m happy to share if it ever gets finished!

And layout development is not over. I’ve applied my limited lifetime programme management skills to bear and been quite ruthless in making changes – buildings have gone, stations replaced and tracked uprooted.

My next project is to build a fairground on the Aldi car park site – the problem is obtaining an all singing and dancing motorised ferris wheel which is out of production … but I’m still looking. 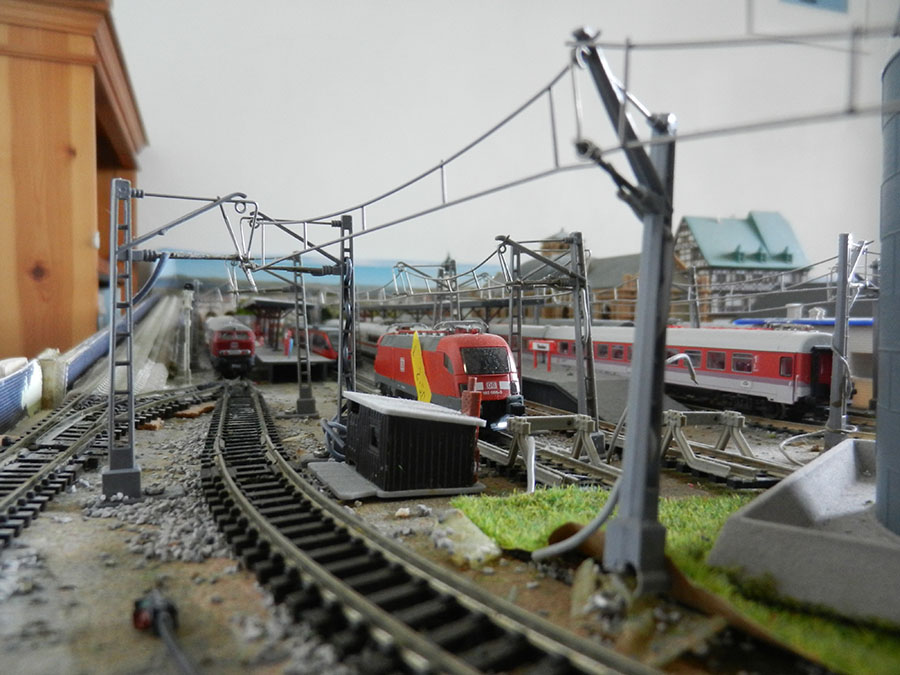 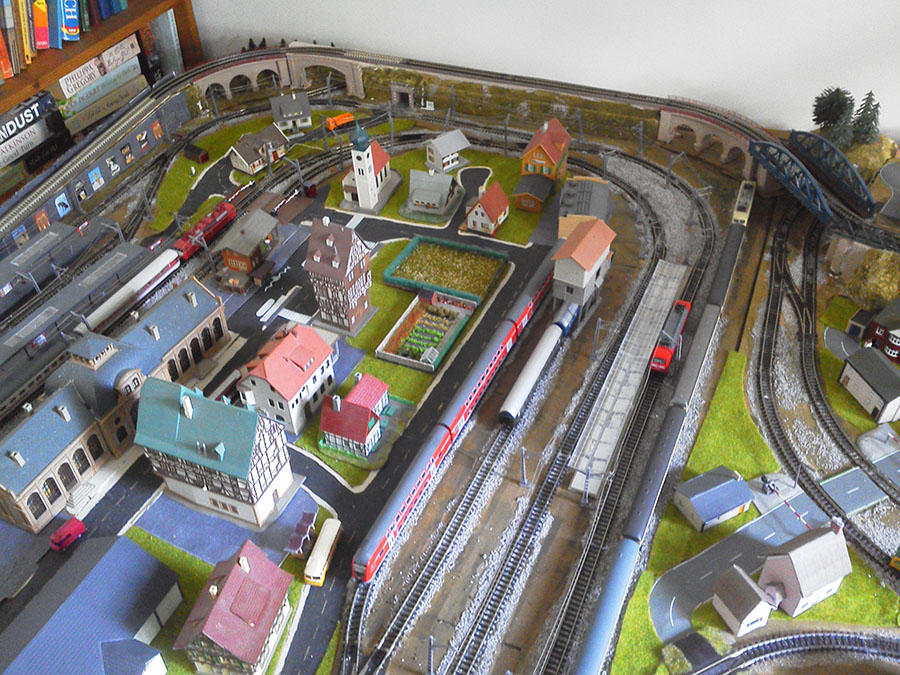 I hope that this has provided a bit of an insight into the trials and tribulations experienced over the past six years!

A huge thank you to Peter – a wonderful narrative too. Very much looking forward to his updates. Superb stuff.

And if you want to make a start, just like Peter did, the Beginner’s Guide is here.

Oh – I don’t forget the ebay cheat sheet too, it goes mad this time of year.