Phil’s been back in touch with an update on his WW1 model railway:

If you want to get up to speed, here’s his last post.

“Thought I would share an update on the WW1 model railway (somewhere in southern England 1918). The last few weeks have been about details and in particular figures.

The airdrome has now got pilots mechanics and of course an O/C!

On the platforms I have added some propaganda posters

Finally you might see the MPs are “taking that mans name” 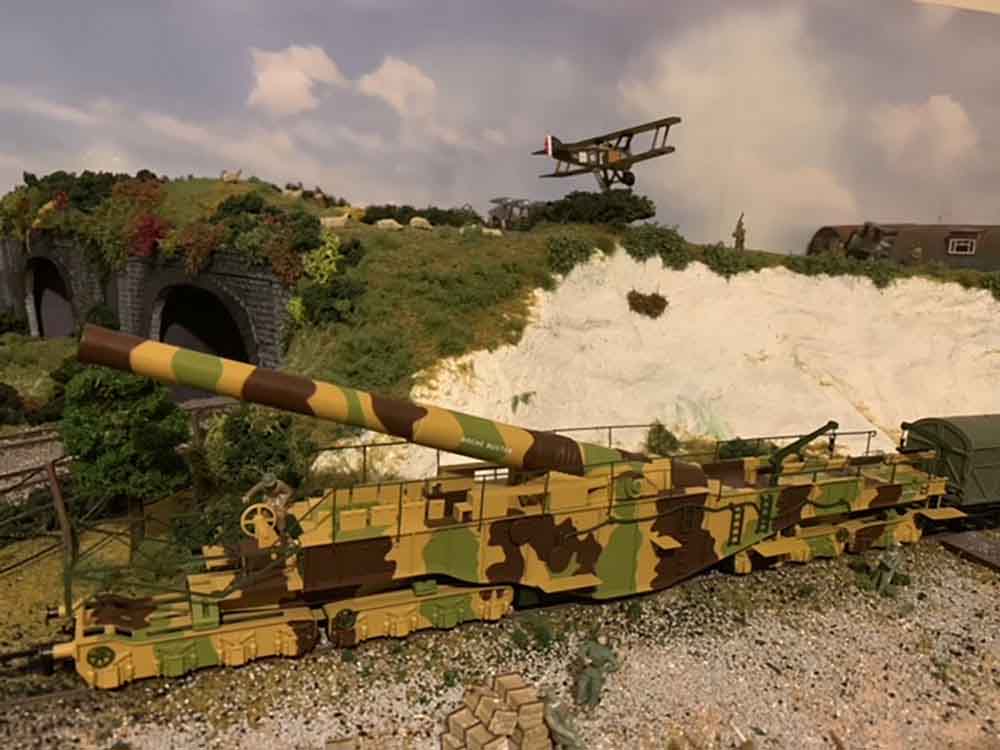 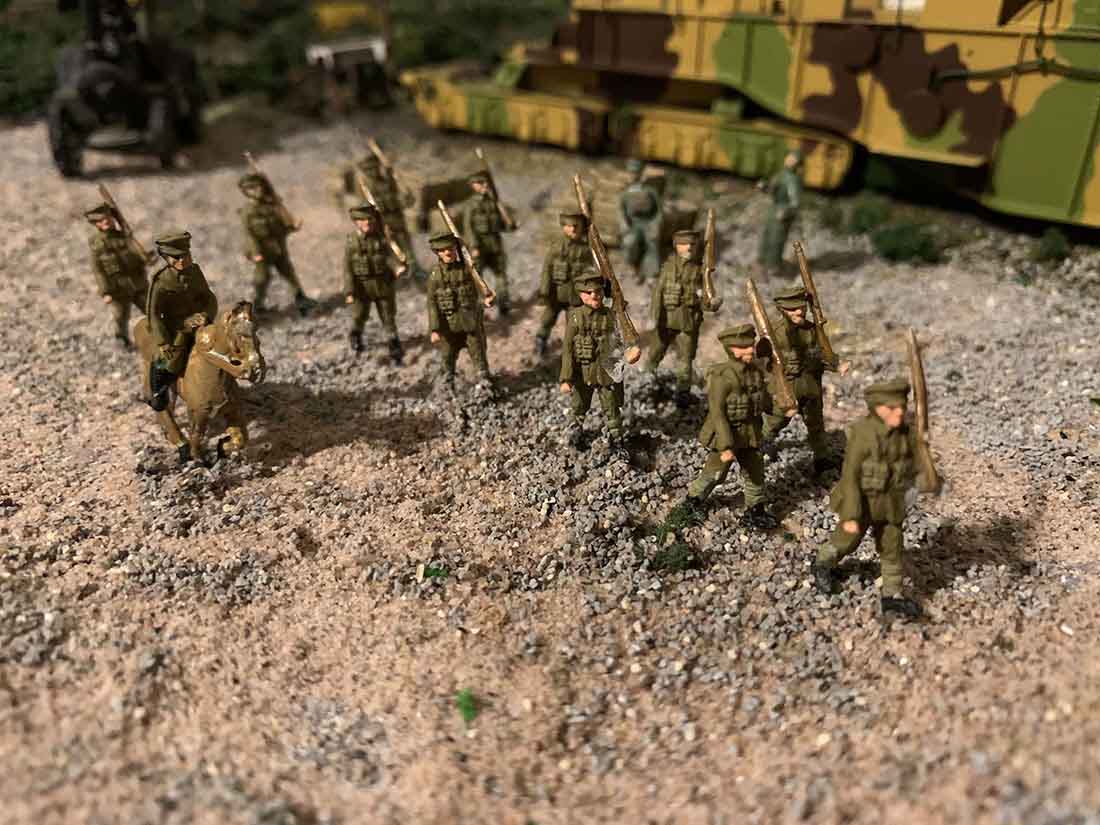 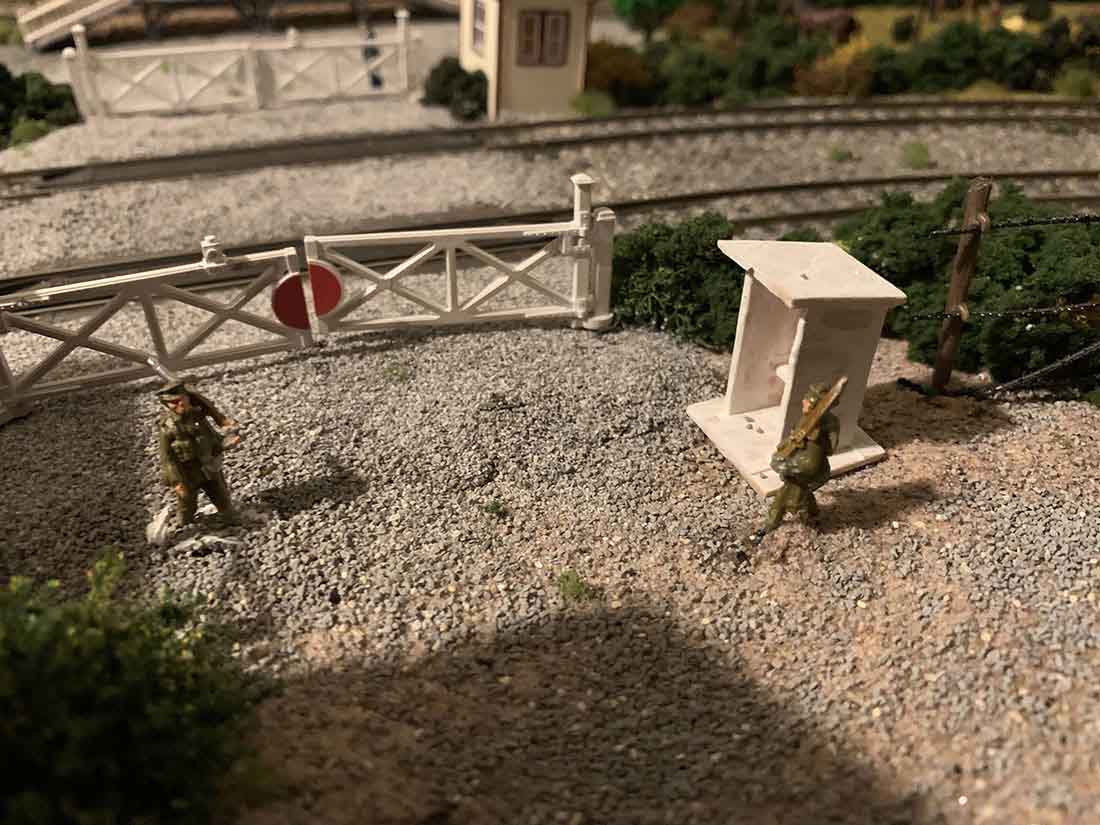 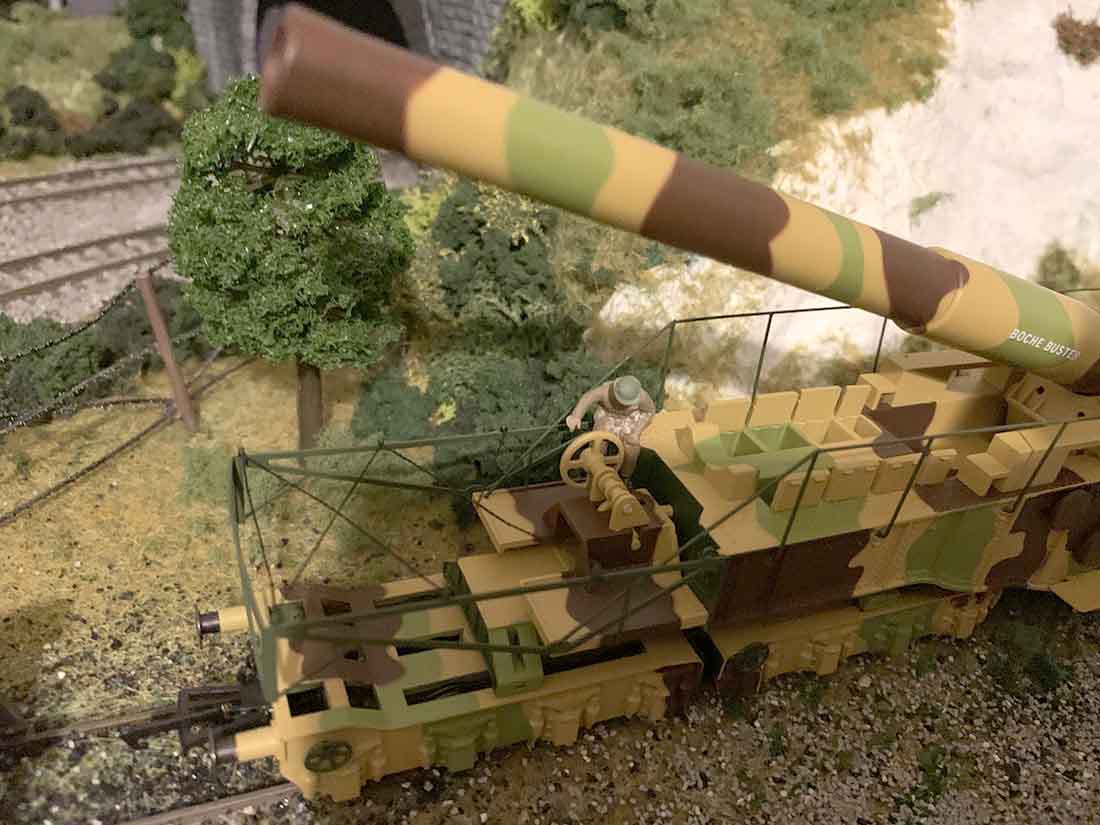 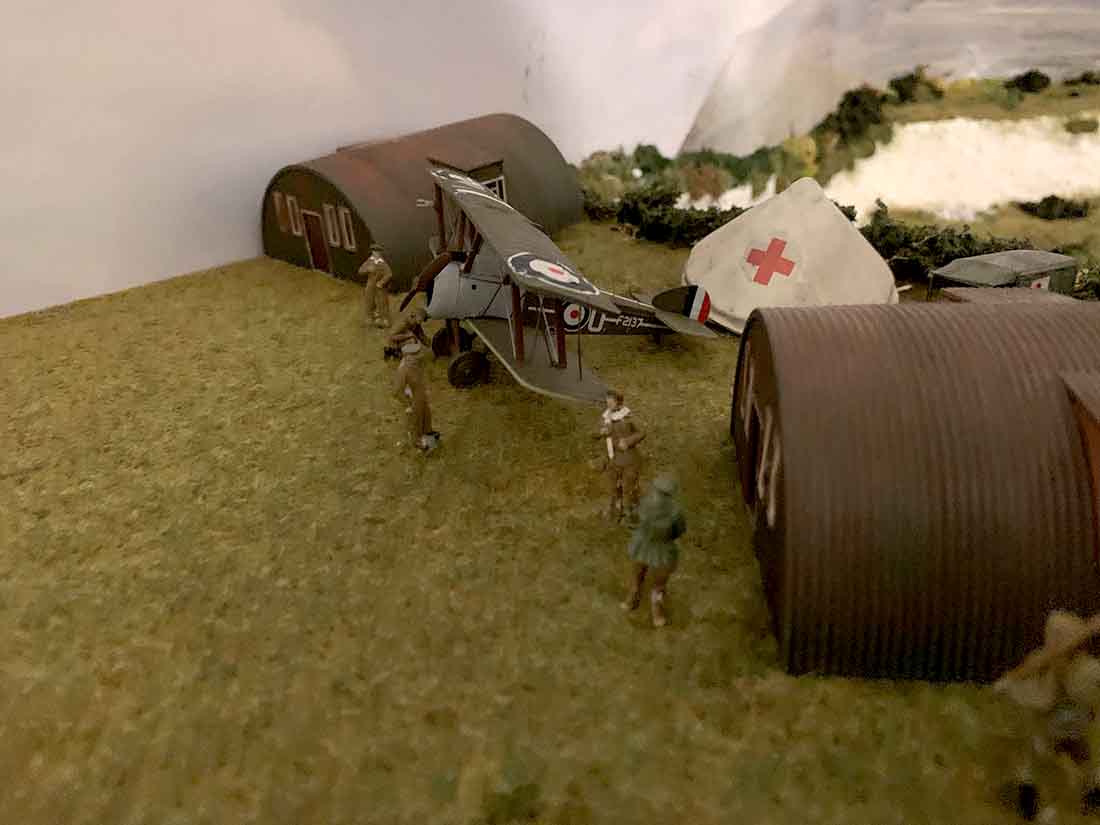 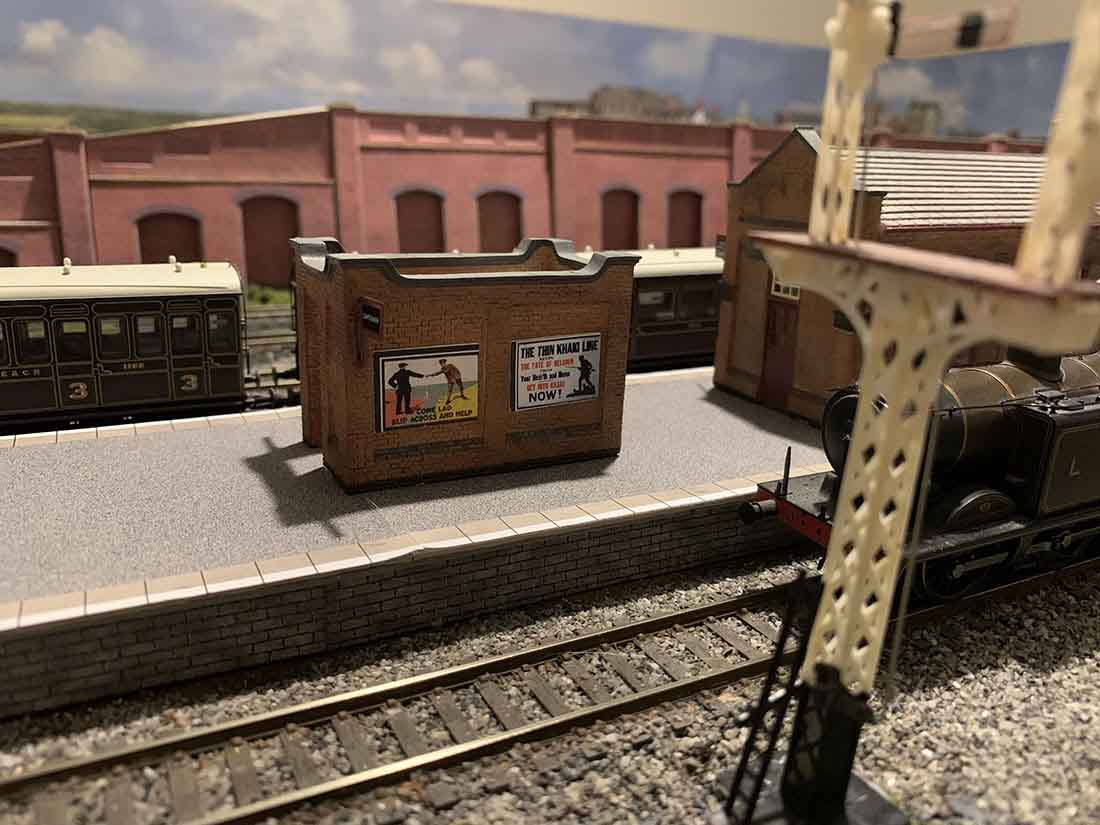 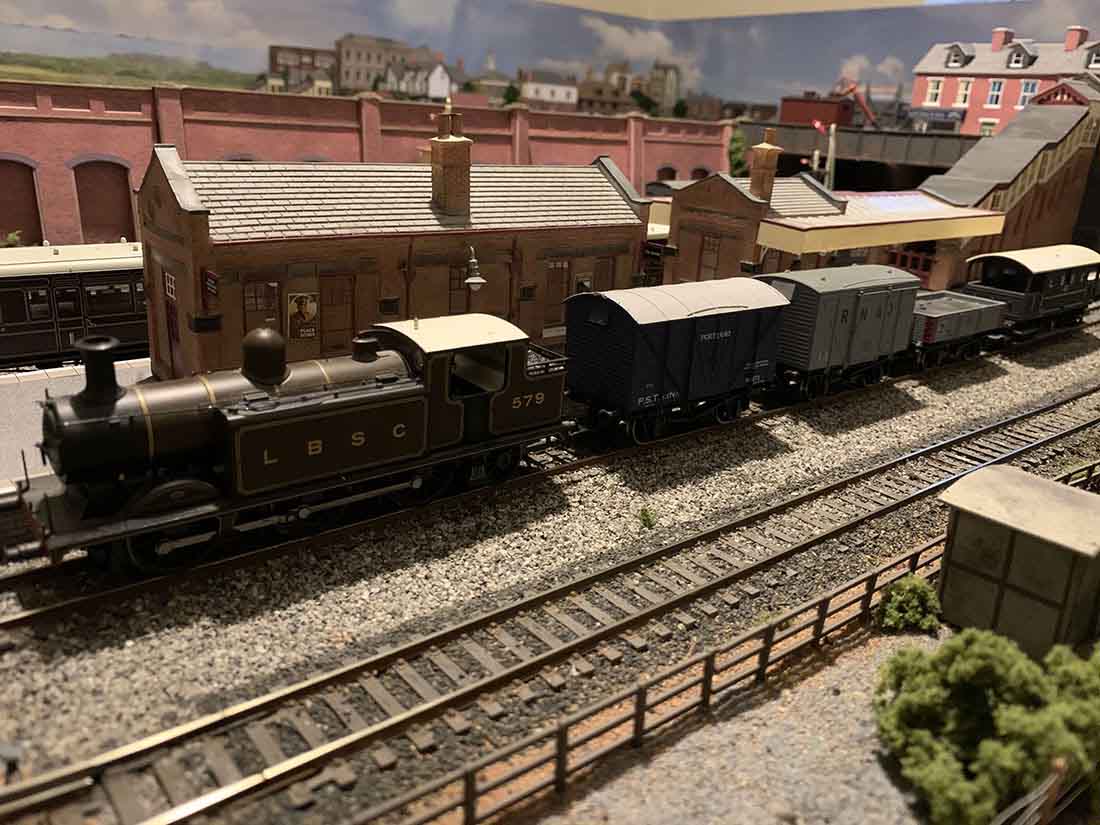 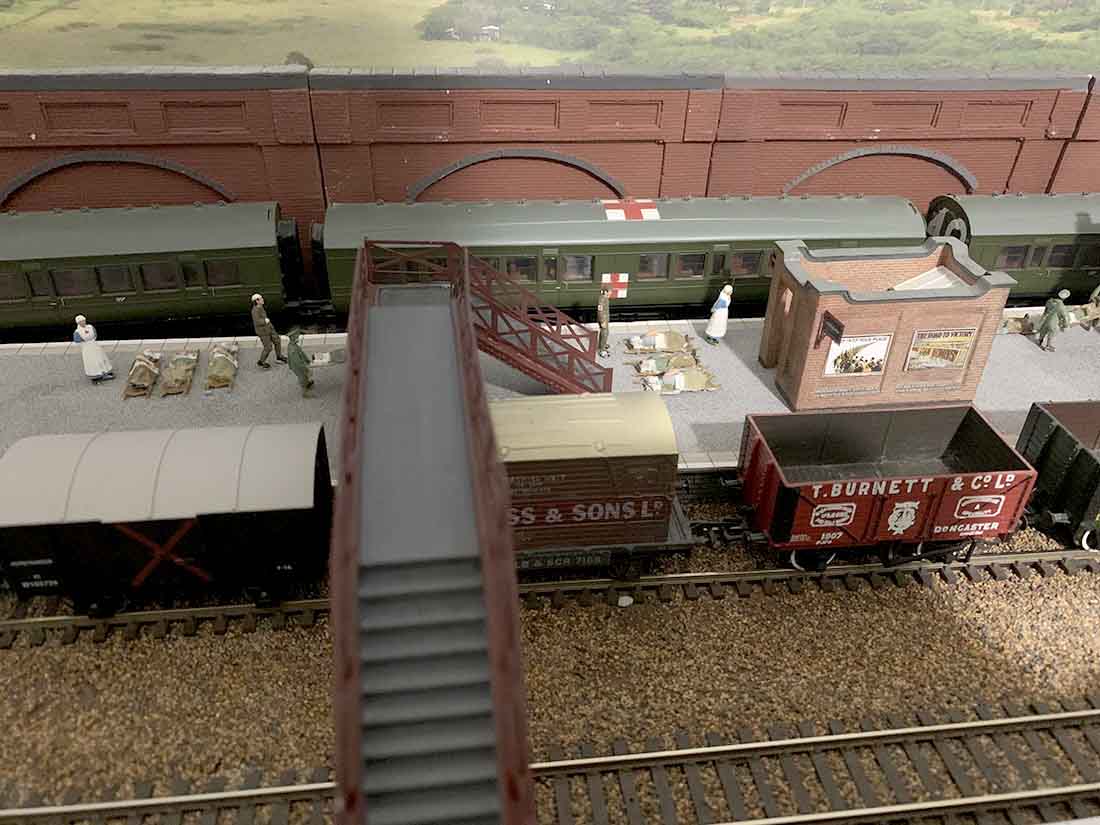 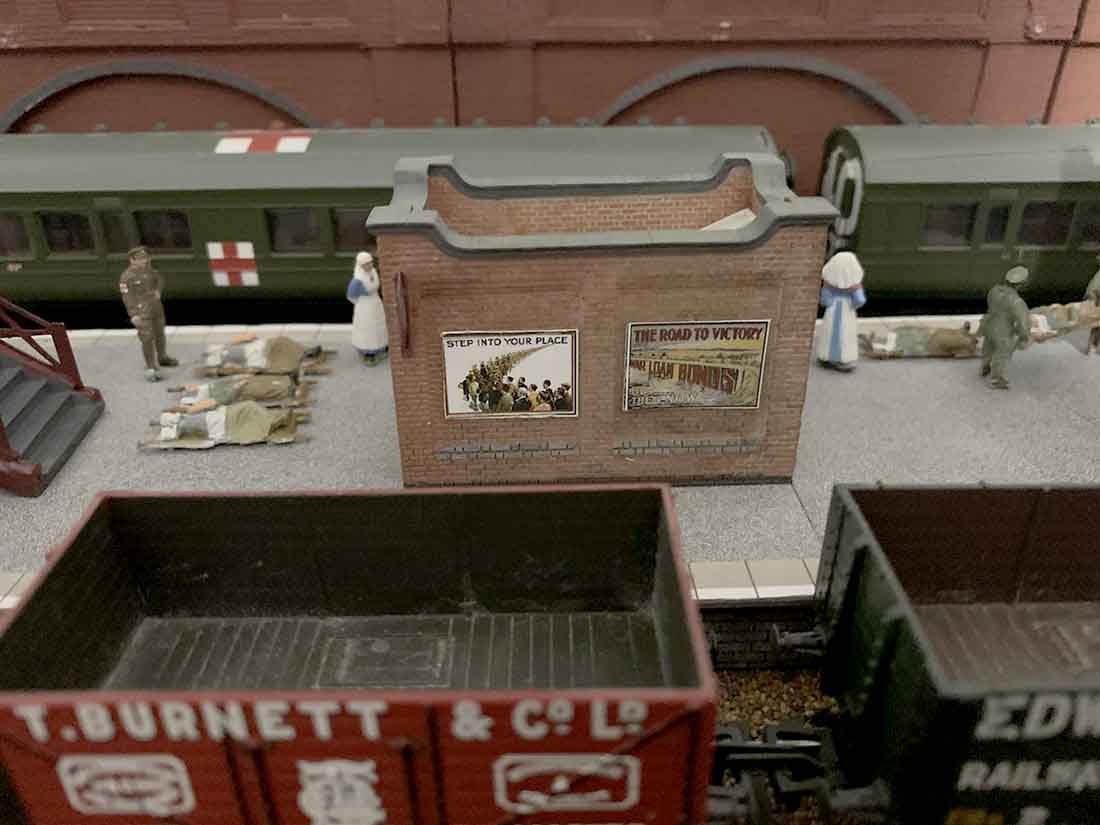 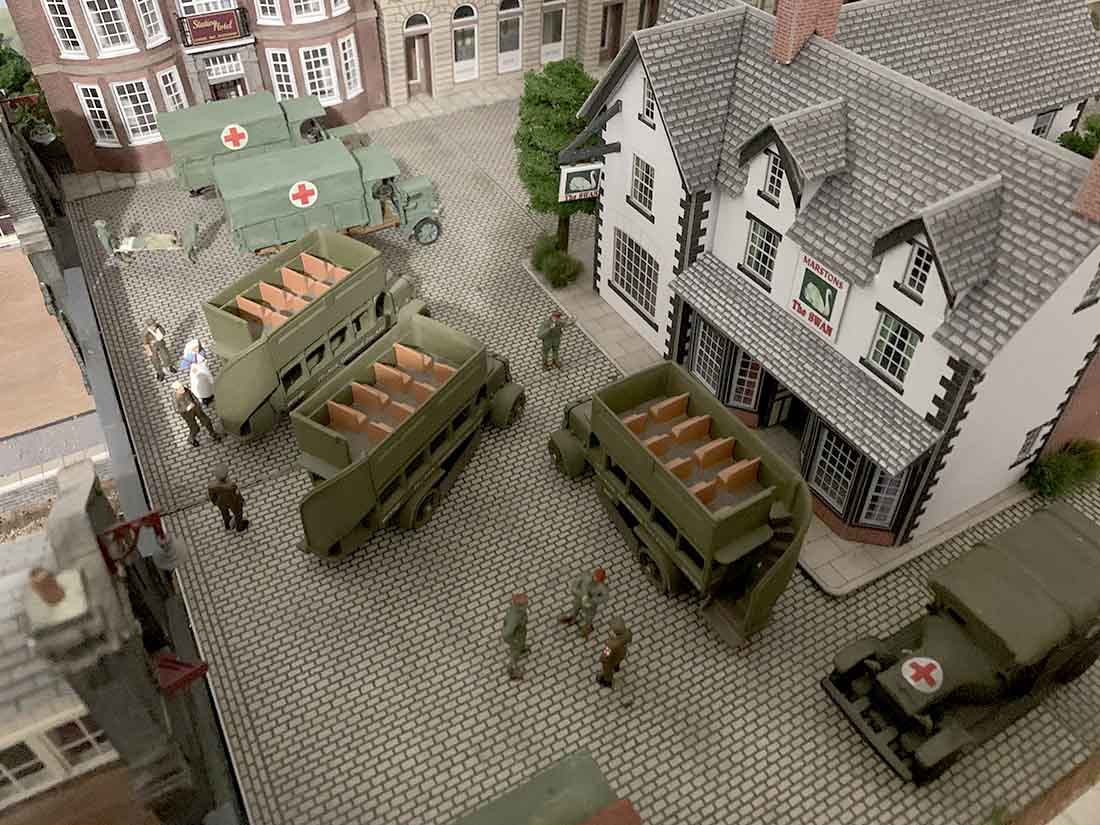 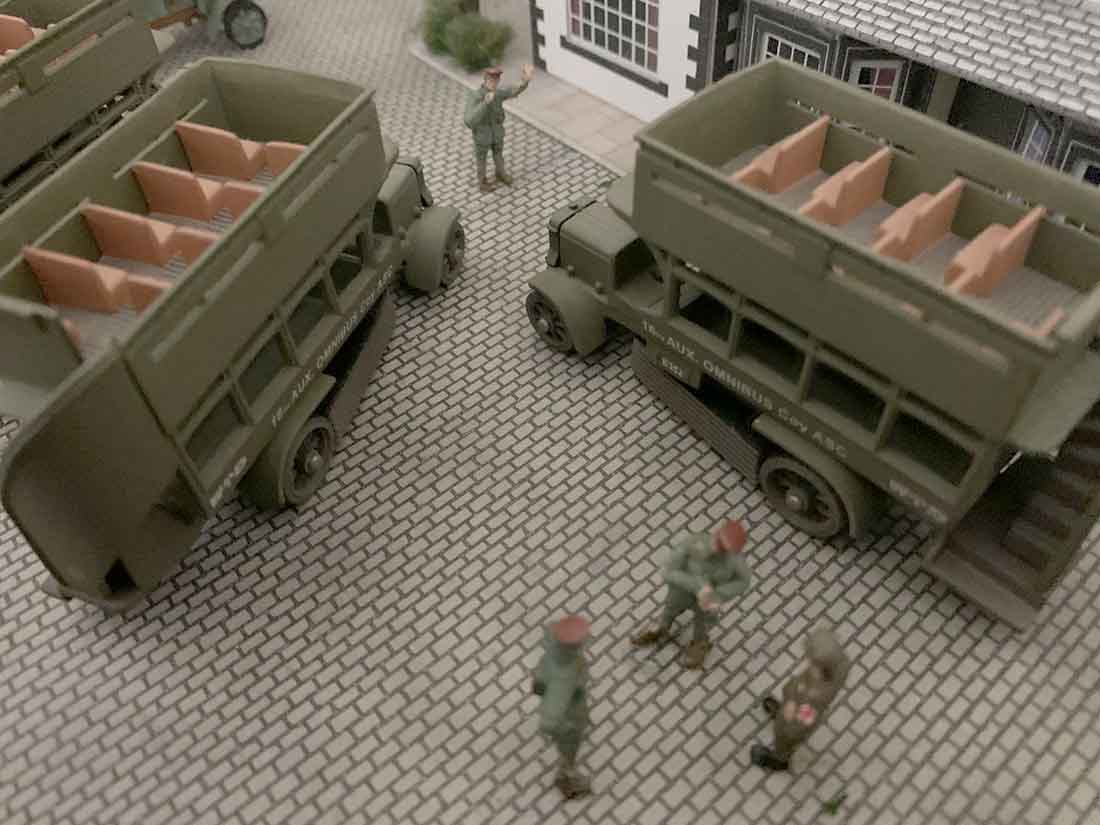 A huge thanks to Phil for his WW1 model railway update – it just goes to show (again) a layout is never finished.

What’s more, I do like it when a ‘scene’ is added to parts of a layout. The MPs “taking that man’s name” did make me smile – and all adds to the war theme.

For me, having a time and a theme on a model railway really does set it apart from others. It literally glues it all together, visually, and in your imagination.

It is something I’ve noticed over all the years of doing the blog.

And don’t forget the Beginner’s Guide is here, if you want to stop dreaming and start doing.

PPS Phil’s post made me fall down a bit of rabbit hole – I started googling WW1 model railways and I did find it all fascinating:

When Britain declared war on Germany in 1914, trains moved huge numbers of troops and equipment between the Home Front and France.

Trains also transported rations, water and coal across Britain and continental Europe in a way not previously possible during conflict.

Britain declared war on 4 August 1914 and by the end of the month, the railway had transported almost 120,000 servicemen to Southampton, where they would board boats to France.

Over the next three weeks, a train full of troops would reach the docks every 12 minutes, 14-hours a day.

And Phil’s ambulance train grabbed my curiosity too:

Trains transformed into mobile hospitals – in Britain and abroad – treated injured personnel. During the war, these trains moved about six million wounded servicemen.

Ambulance trains, which became the primary mode of transport for the sick and injured, even had operating theatres and tiled floors, walls and ceilings for better hygiene. Surgeons would perform emergency operations mid-journey, despite the movement of the train.

I should point out the above snippets came from this site.

And then there’s Pinterest – always a great resource when you’re planning a theme, or just looking to pass an hour or so.

Have a look at these images.