As I mentioned in my last posting, I have been killing time waiting for my locomotives to be modified to run on battery.

They finally arrived and I have been having a great time running them around my layout.

For those of you who have not built your layouts yet, I recommend that you look into this method of running.

There is no wiring to be done, you never have to clean your tracks and you can ignore all polarity problems with reverse loops and turntables and such since the track is not powered.

I run On30 with DCC and sound and have an NCE system installed.

The installation involved isolating the motor from the wheels, adding a Radio Control Receiver and battery control circuit into each locomotive and supplying a battery pack.

The system has a transmitter that I plugged into my NCE track output connectors so that I can use my existing system to run my trains.

The system will function just fine with or without DCC.

If you want to go the DCC route, all you really need is the decoders installed into your locomotives and a Radio Controlled hand set to complement the battery controlled system.

For DC the same applies except you don’t need the decoders obviously.

I installed the the transmitter inside the roof of my depot and have included pictures of the components to give you an idea of what they look like.

The yellow looking thing is the battery pack. It’s about 1/2 the size of my thumb and powers my locomotives without any problems.

I have run with the bell and whistle on and found no hesitation in operation with these little battery packs.

I don’t know how long they will run without requiring a charge as they are still going strong.

The system runs on OO/HO and up but maybe could go down to N scale as well.

I elected to have one system placed into a separate car so that I could attach it to other locomotives without major modifications. All I would need to do is add a plug from the tender into the trailing car.

I forgot to mention that the system comes with an Off/On switch as well. I hope this gives some of the more adventurous of you some ideas for the future. 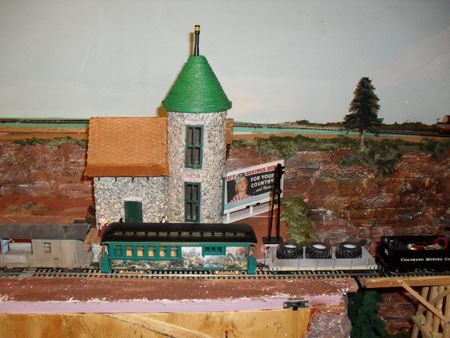 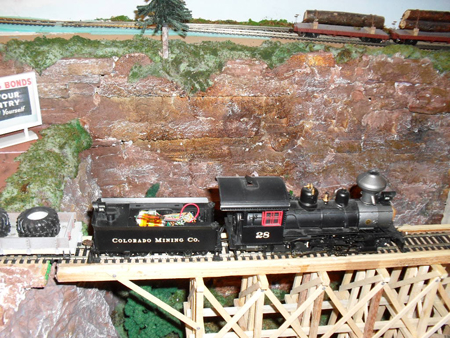 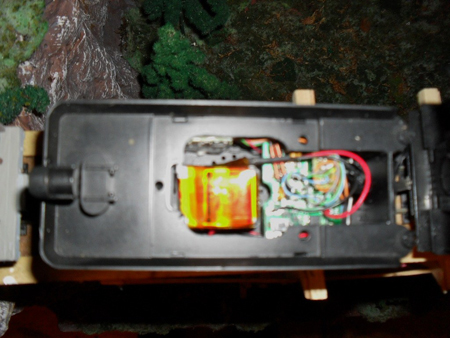 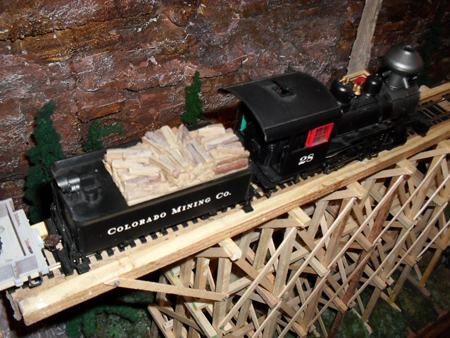 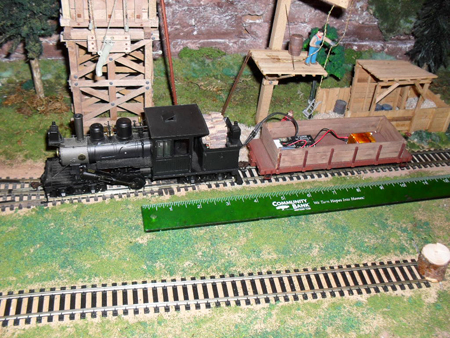 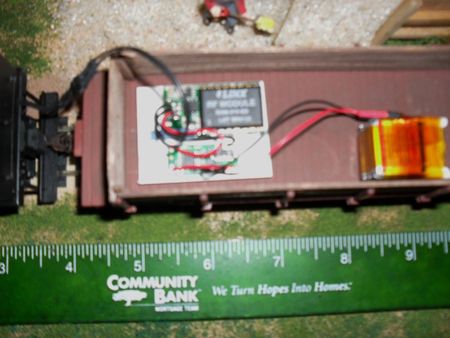 And maybe, just maybe, today is the day where you recapture the fun of your last layout: the Beginner’s Guide is here.