Rob’s been in touch with his N scale freight depot:

Here’s a little progress update on my N scale layout in my NYC apartment. The first is the main freight depot, which I’ve gotten cluttered up a bit. 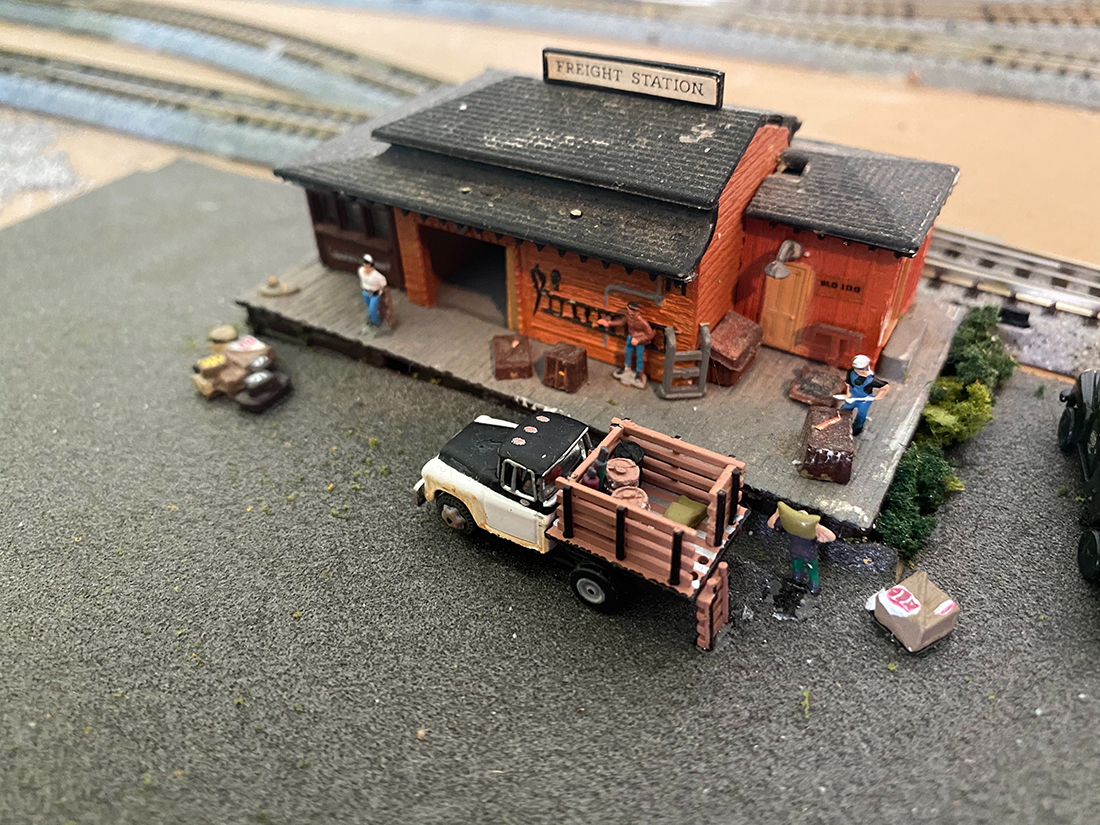 Here is another freight facility, using a print-and-build building with platform and details added 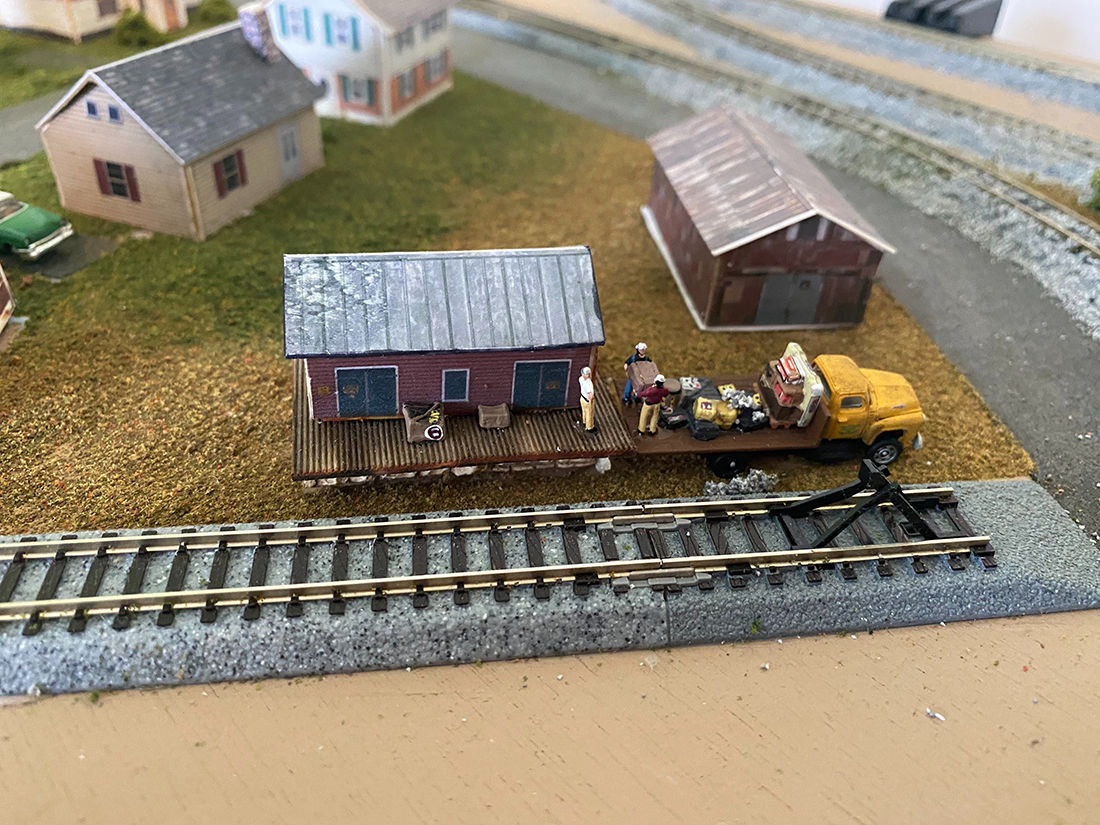 And finally my hobo hangout, with a furious checkers game in progress. And a dog. Another of your structures in the background, and the beginnings of a scratch-built engine shed. It’s a de-commissioned baggage car, muddied up a bit, with the deck added. 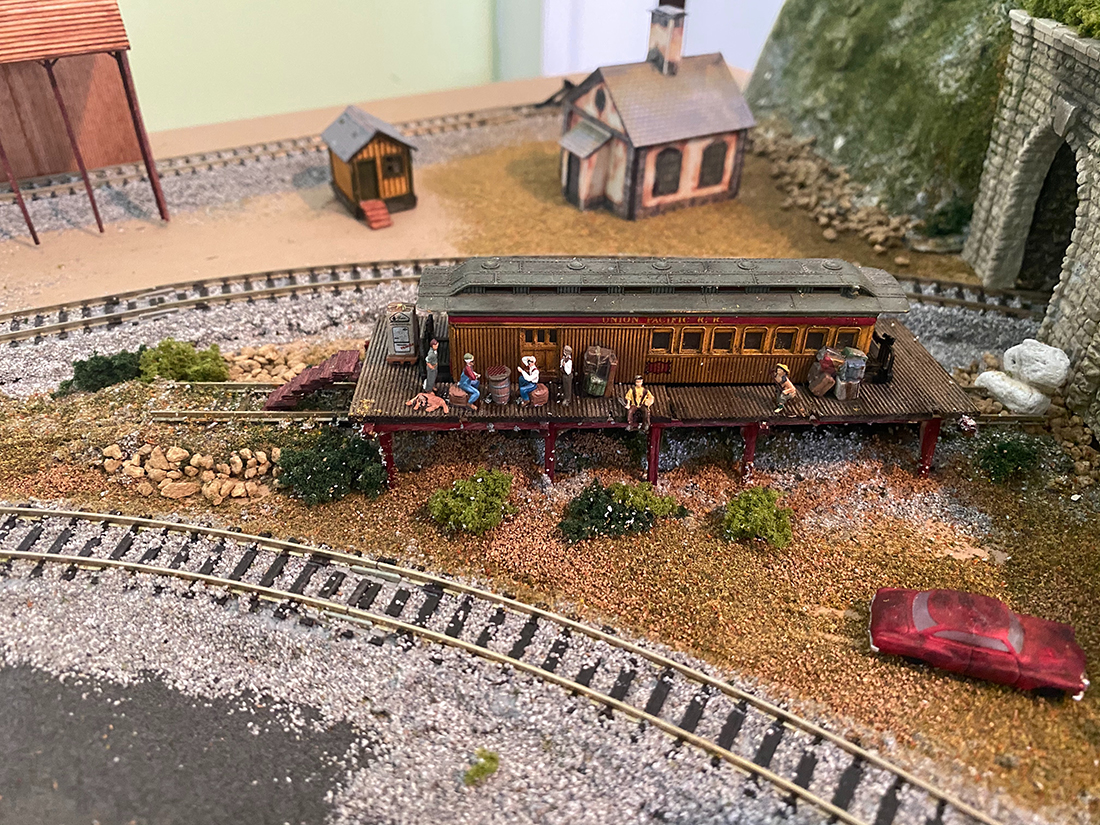 This might be the “Ironwood Redruth Railway”; I’m still contemplating names. It would be quite a railway, as one of those towns is in the Upper Peninsula of Michigan, and the other in Cornwall!

And now on to Rod:

“Here are a couple of photos of odd jobs done during the great shutdown.

Firstly, a Fordson tractor with Chaseside loading shovel framework, from a whitemetal kit by Langley Models, who I had a lovely chat with while sourcing a replacement shovel bucket, the folk who run these artisan kit firms are really making a labour of love and deserve our support.

The second and third pic show a Foden six-wheeler cement mixer truck, also from a Langley kit and a joy to build, I did quite a bit of it with low melt solder which makes it all a bit more solid than the cheap supermarket superglue I’d been using. Both these models are for a cement batching works we’re making on the local Arriva staff model railway group.

Finally, a batch of British Rail ‘Dogfish’ ballast hoppers from the Cambrian plastic kits, these were a bit of a swine as the hopper body sits within the frames and is supported mostly by the vertical angle irons off the solebars. Usually with a plastic wagon kit you can assemble the chassis flat on its back to get the running gear square and level, but not with these as the solebar castings include both the W-irons below the solebar, and the hopper support angles above them.

I used a piece of nice flat ply with a batten across the end and a grid drawn on it, which I put together for getting brass loco frames square for soldering. I set the solebars upright on this using Blu-tack under the W-irons, which allowed me to attach the headstocks square across the ends to form the frames.

They all run true, thankfully. I think I may be overdoing the weathering a bit though! 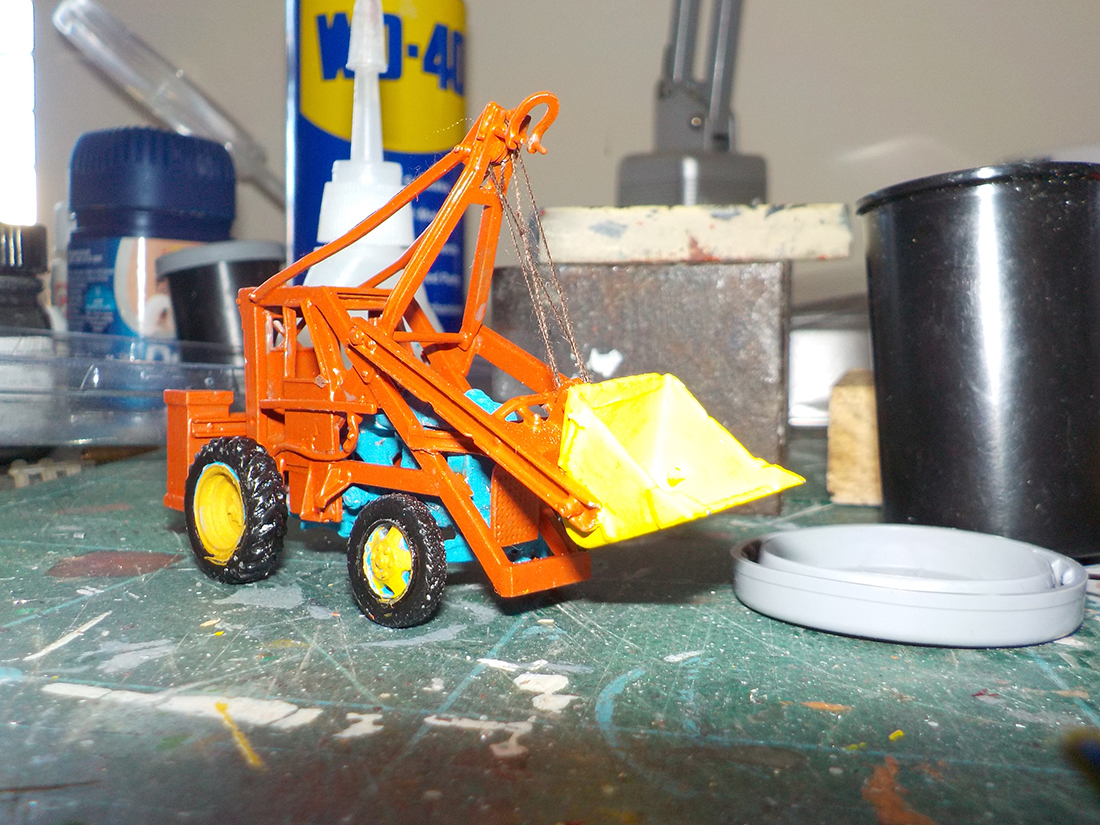 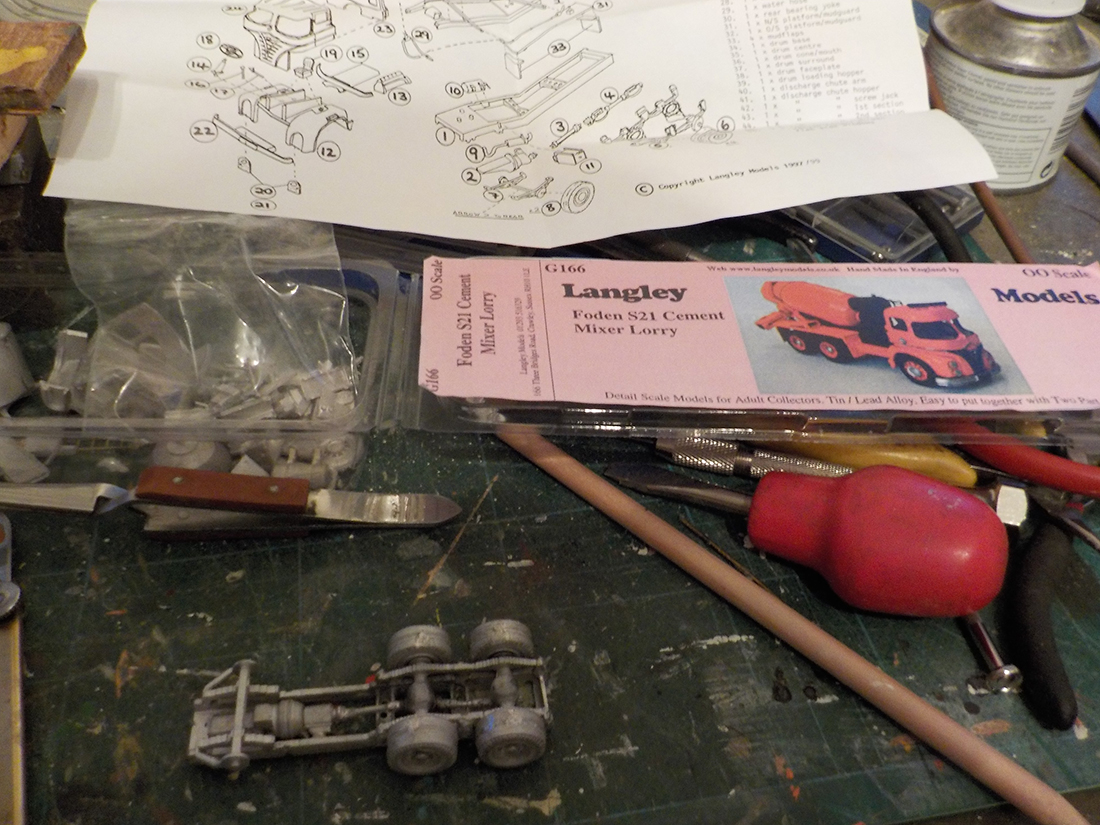 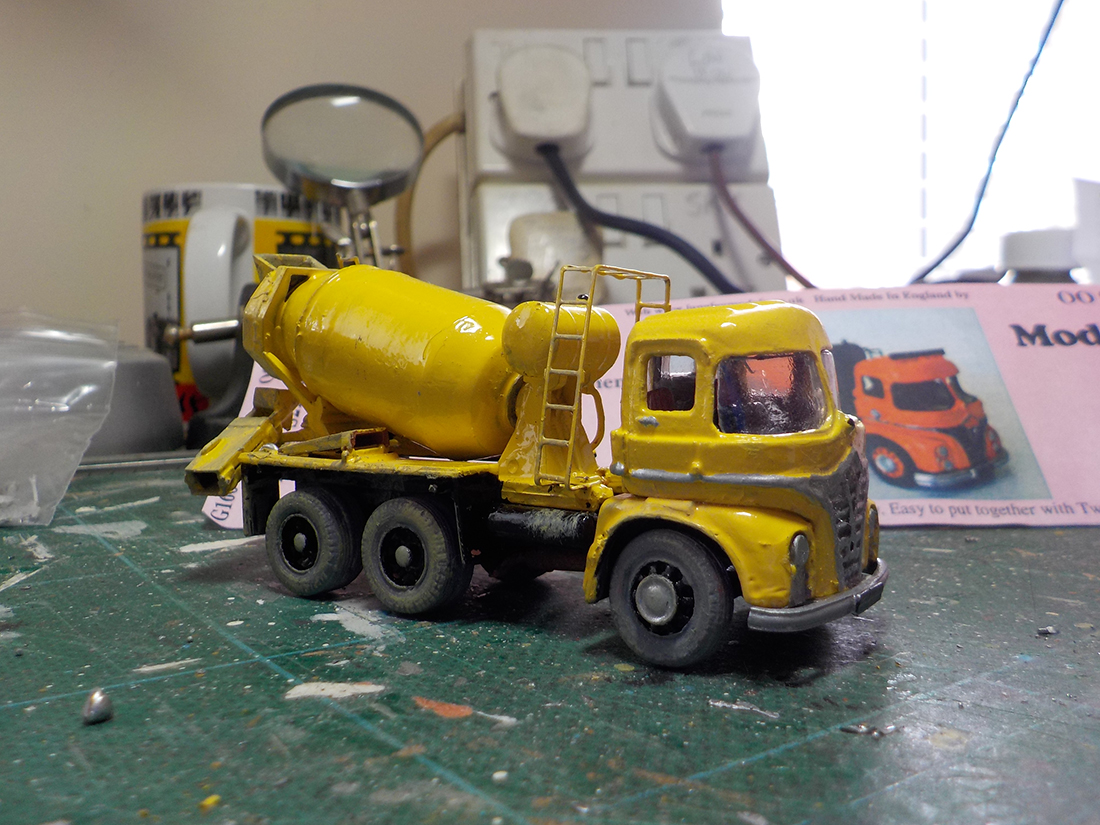 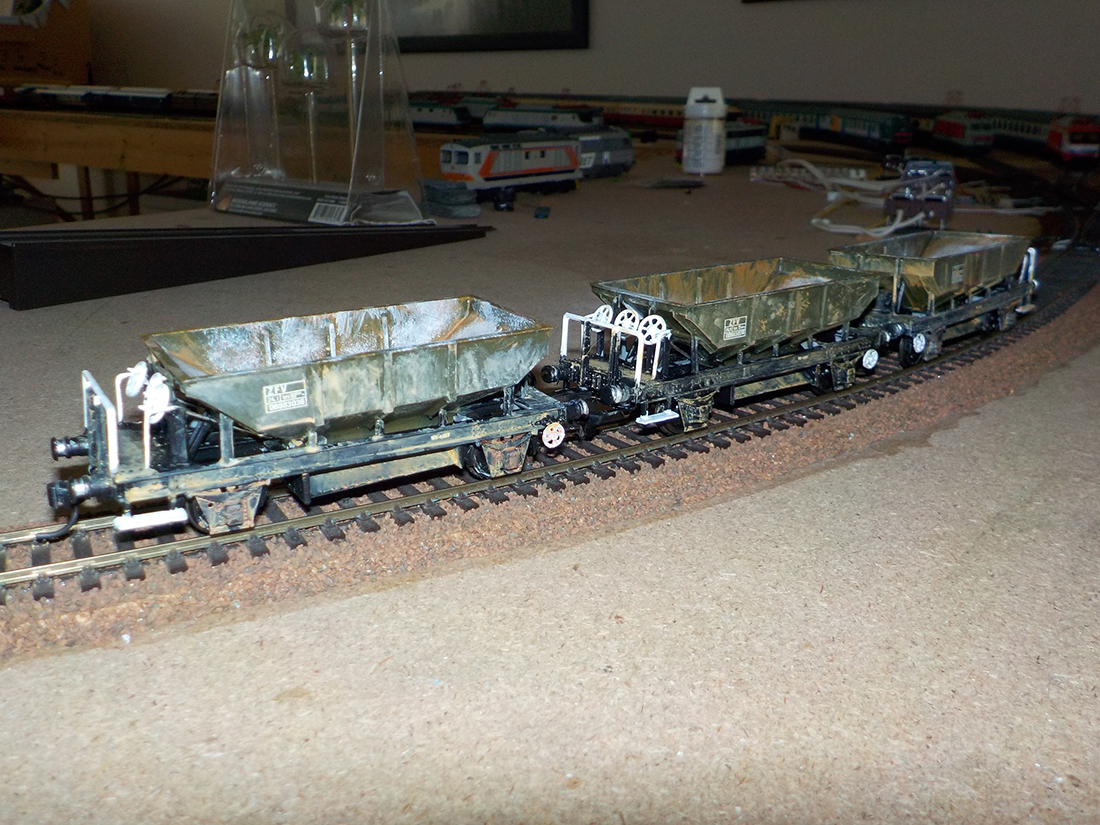 “Hi Al… well after a bit of consideration… Dangerous Dave has struck again… yes time for a few changes… not absolutely sure what the outcome will be, but after watching same layout for 18 months now, its time for a change, just uploaded this video, and maybe you will get some idea of what I intend doing.. least give me something to do on these wet days.. and well thats what the hobby is about, building a layout.

A big thanks to Rob for sharing his N scale freight depot. And to Dave and Rod.

And don’t forget, the Beginner’s Guide is here, if you want to make that start.