As you may remember you have posted a number of my works on your site under the Farland Howe title.

In addition to Farland, I have also been working on an N scale project.

I only had a tiny area I could work in so I settled for a 2 foot by 16 foot layout.

I ended up extending the the 180 degree curves at both ends beyond the width of the table, however.

It turned out the 11 inch radius curves I bought at my local hobby store were not big enough to accommodate longer locomotives or rolling stock as they climbed up a 3/4 inch incline and made the 180 degree curve.

It was not a real problem and I solved it. Larger locomotives run around the layout with ease now. They do this only on the outside track with it’s big curves.

The inner track was originally supposed to be a trolley line or interurban line. I had two problems with that concept.

One, I could never find Interurban electric cars to my liking and the ones I did buy were not very reliable.

I had hopes of making new bodies that were more to my liking but with undercarriages being unreliable I decided to punt and made it my steam line and have a little Baldwin 4-6-0 making merry loops around the layout pulling some freight cars while I run the bigger trains on the outer loop.

Very early on I decided I wanted the track to return around behind the backdrop or back scene instead of having two visible loops in front of it.

That way you could always be surprised when a train showed up out of nowhere. I built scenery at both ends to hide the end of the table and to help with the mystery of “where did the train go.”

The intent was to show trains running along parallel to and in front of the Front Range of the Rocky Mountains and out 15 miles or so from the actual mountains.

I wanted the fore ground to represent a somewhat barren and partly desert landscape with a little higher elevation and greener areas as well.

I pretty much wanted to show everything I know about Colorado on the layout at the same time.

Learning to work in N scale was quite difficult at first.

My instincts for the relative size of things was well developed for Farland, but this N scale stuff was a different beast entirely.

It is also difficult to see things like fish plates/rail connectors at this scale and found myself using magnifying glasses quite a bit, but eventually I learned the skills needed for N scale pretty well.

I guess my greatest victory was when I cut into the already ballasted mainline track to insert a turnout without destroying the track I wanted to keep.

It worked well and I was able to add a siding for a newly acquired grain elevator.

Finally I had great fun and enjoyment painting mountains on my backdrop/back scene. 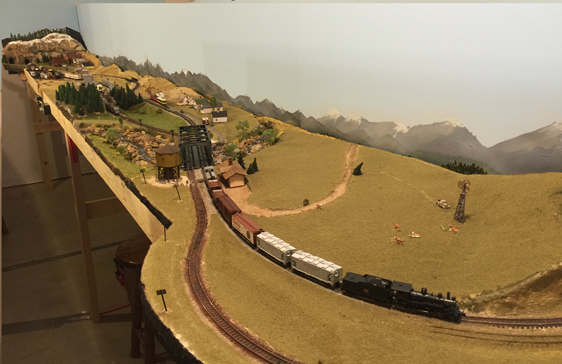 Here it is seen from the right end. 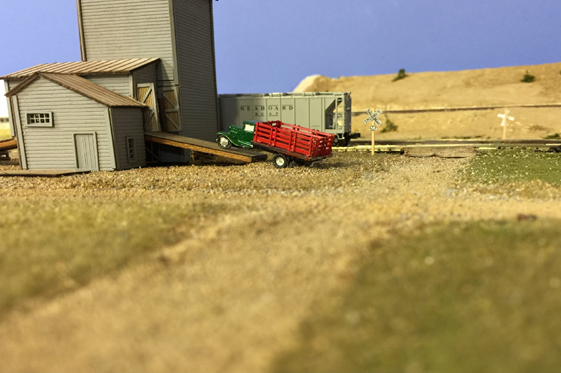 Here is the grain elevator. 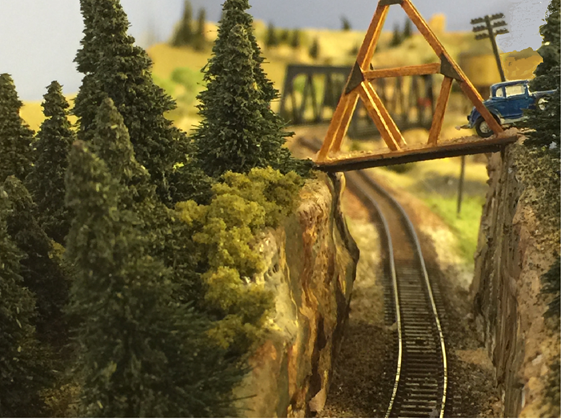 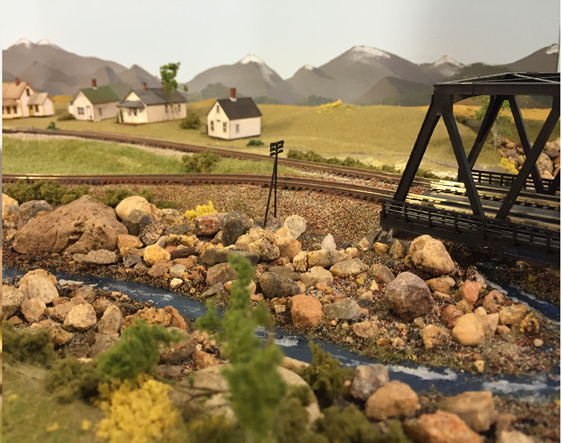 The inner and outer loop share a bridge over the river. 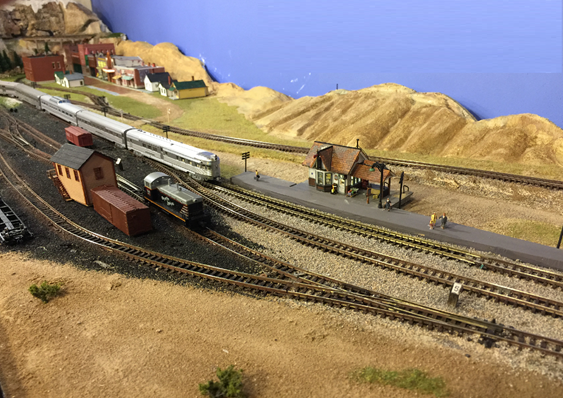 Here is a little video showing some painting and running of the trains.

A huge thanks to Rob – and I’m pleased to announce he’ll be the latest member in the Hall of Fame, in the next day or so.

(There’s also another new member too – who I’ve been meaning to add for some time now).

Don’t forget the Beginner’s Guide if Rob’s inspired you to get off the armchair and have a go – after all, that’s what it’s all about.

That’s all this time, folks. Please do keep ’em coming. 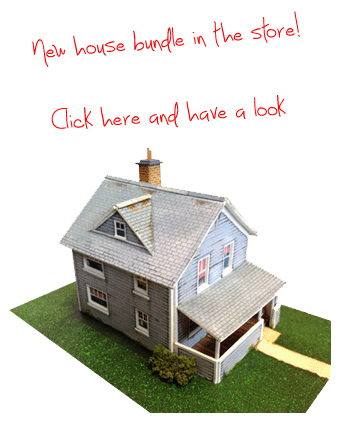