“Merry Christmas, or if you are the politically correct type, Happy Holidays, from Florida in the US of A.

Each year my girlfriend and I put a miniature village on a 32 inch square glass end table in our living room. Using Winnie the Pooh and Disney cottages, figurines, trees, bushes, and of course snow. This year she said she would like a small train to run around the park and ice skating pond area.

Barbara then searched the internet for a small Christmas Holiday train and came up with one made by Bachmann. We checked the size, N Gauge, at a local model train show and it looked as though that size train would work with some modification of the layout size.

After expending a lot of brain power, I haven’t built any sort of layout since I was in my “teens”, I’m now 76. After touring the local big box store, Lowes, I decided on 1/2 inch foam insulation material reinforced with 1X 2 pvc trim. Some adhesive caulking and X-acto knife kit and I was ready to make a stab at it.

We increased the size from 32 inches square to a 32 X 48 inch rectangle with a rounded corner to prevent snags when someone walked by.

The materials were easy to work with and after setting the locations of the cottages and the track, started construction. I found it was easy to cut the insulation board with a long X-acto blade kept at an angle to form the hills and the pond.

I found that putting the track directly on the insulation material and running the train was quite noisy, so I used 1/4 inch thick sponge type weather stripping in between the board and the track to quiet it down.

The hill top is removable for access just in case the inevitable derailment occurs.

After assembling the pieces using the adhesive, I sprayed it with a white primer and then an orange peel coating used on interior walls for a texture similar to snow. Then the buildings, landscape, etc. were added. The foil side of the insulation board is aluminum and looks a lot like ice. This was glued under the cutout for the pond after painting was completed. The edge of the pond is lit up by a string of battery operated LED lamps pushed thru the foam insulation board.

We have attached photos taken as the build progressed.

We are pleased with the results and hope you agree.

PS We look at all your emails an find them informative and educational.” 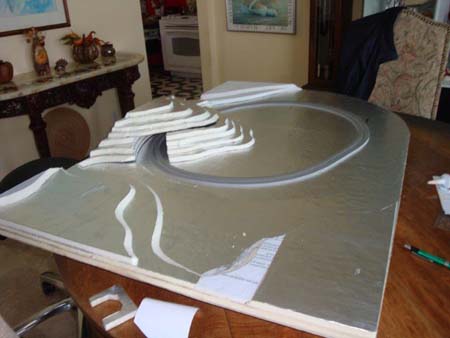 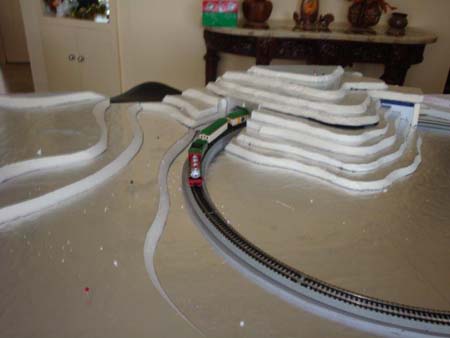 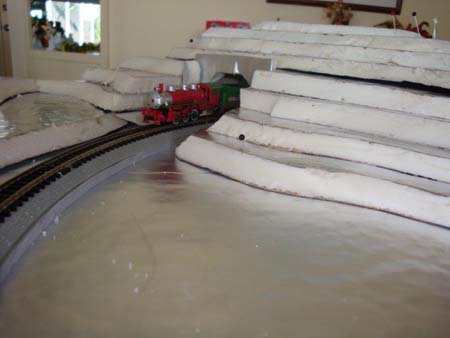 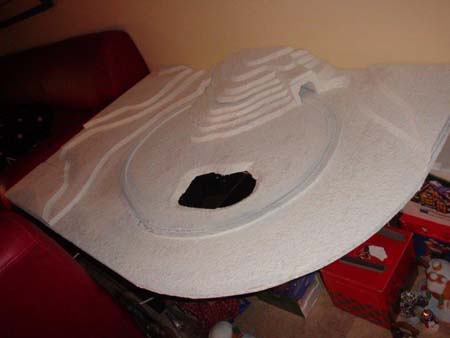 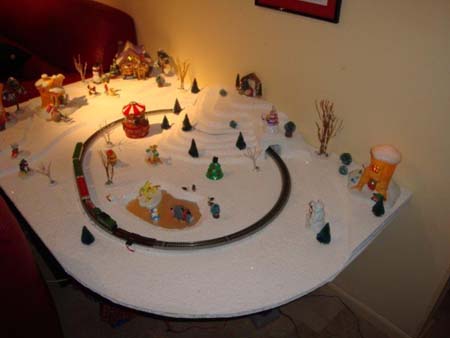 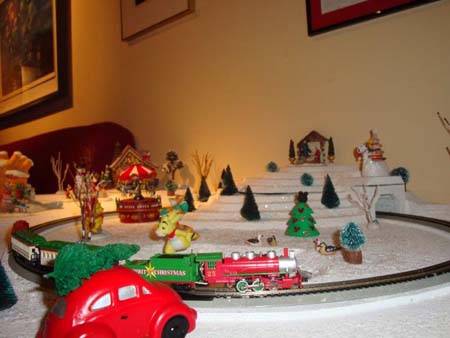 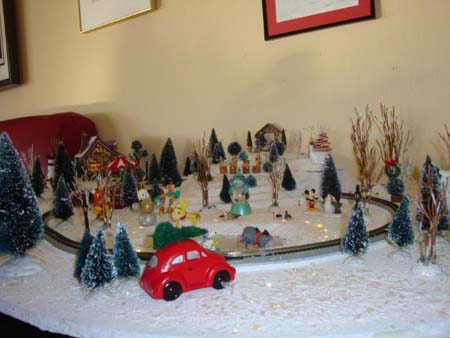 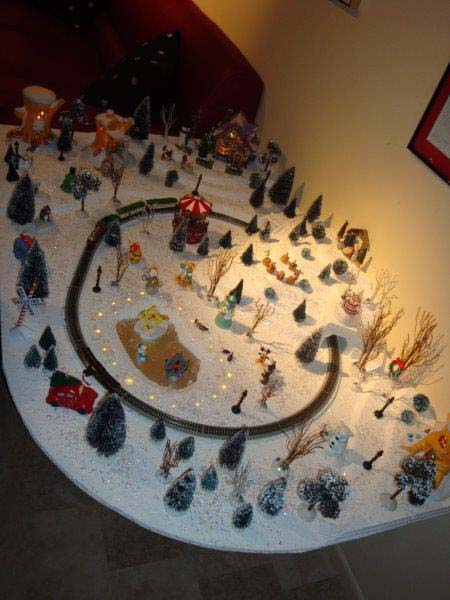 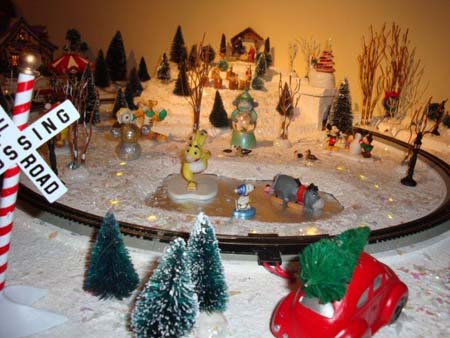 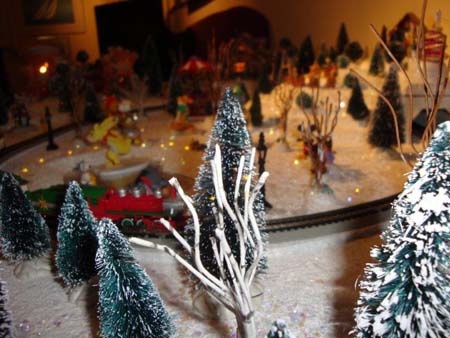 Suggest you use a set length of track say 2 metres.
So from above, times for 2 metres are:

Trial and error with controller will allow you to mark speeds on the controller and scale other speeds between and above 30 & 60!

BUT You will need do this for each loco!!! Because of different gear ratios!

“Have now just done a short one showing the incline in use with the track now doing a circuit , its not part of the As it Was and As it is now , but after a lot where interested in the incline and I completed the circuit to-day I thought I would post it on youtube , up to you if you want to use it…now or later

And bag a Christmas bargain – the latest ebay cheat sheet is here. have a look and bag a bargain.