a lot has happened since my last message. New track layout and the canal basin has been transformed.

The first picture is how it used to look, but I wasn’t entirely satisfied with the high street shops right at the end of the ‘town’, there is usually housing or industrial sites at the edge of towns, so I replaced the shops, removed the security fence and built a larger coal yard with shutes for loading the barges.

The track now has a crossover between the two lines so that goods trains coming out of the tunnel from the lower fiddle yard can now enter the goods yard without having to enter the station first and then backing into the yard.

Where the old coal yard was now has a point (switch) to an extra siding which runs behind the station thus giving me more storage space.

Well thats all for now, I hope your followers approve of the changes, I certainly enjoyed building the new structures and the track changes make for a more interesting running experience. 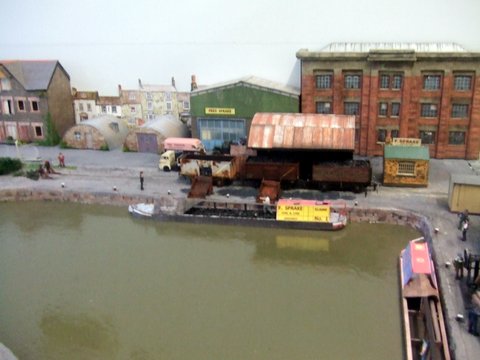 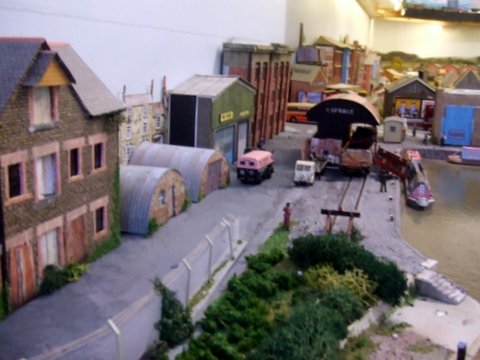 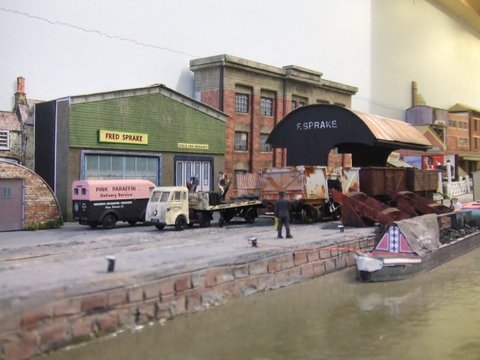 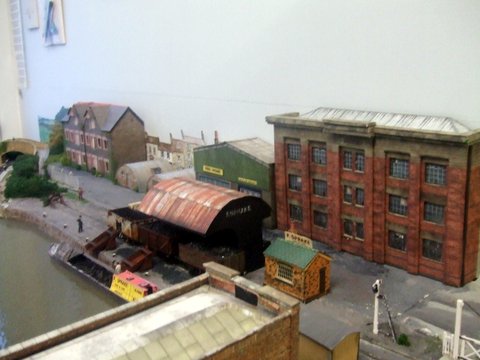 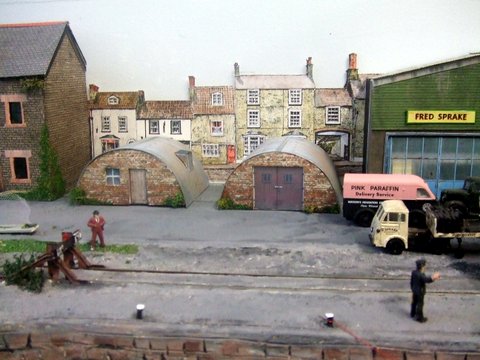 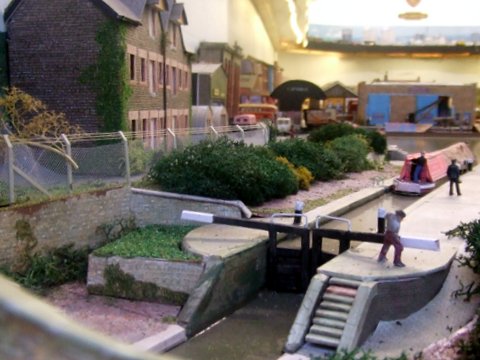 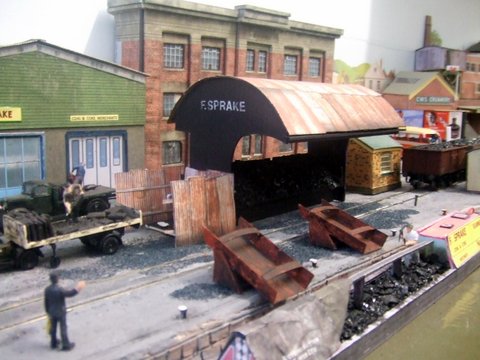 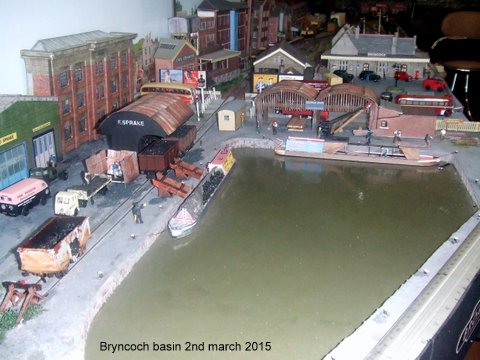 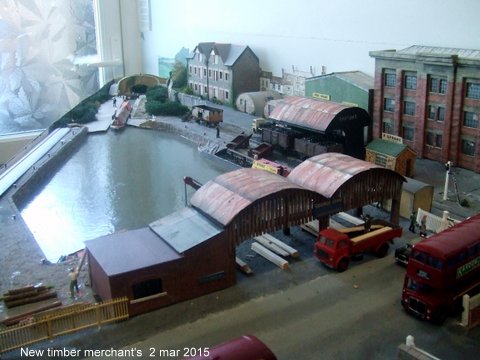 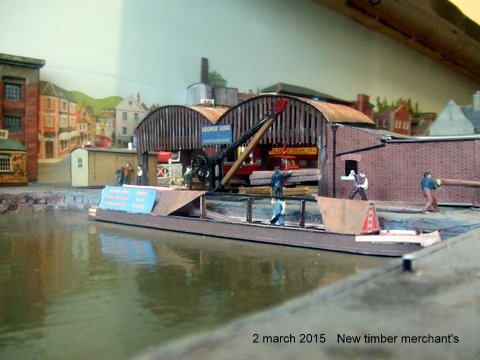 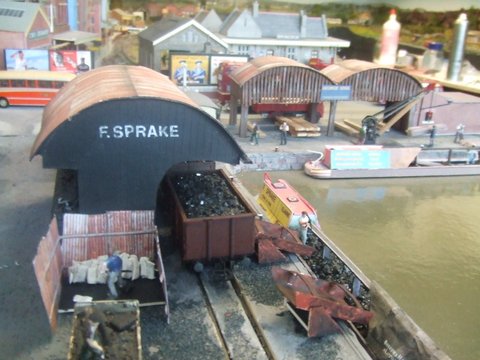 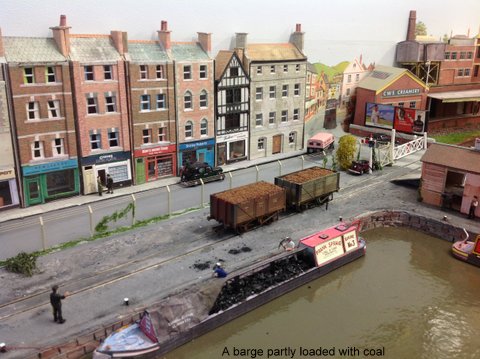 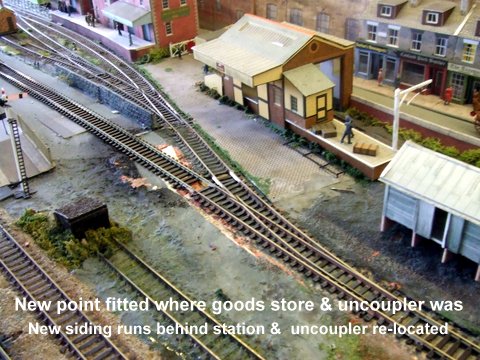 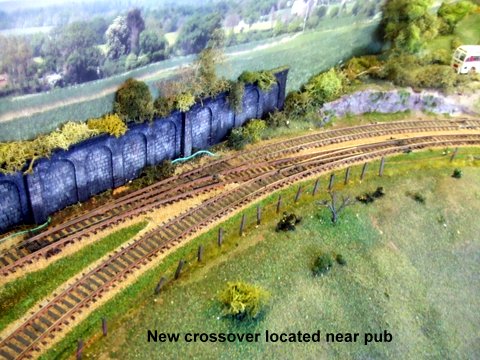 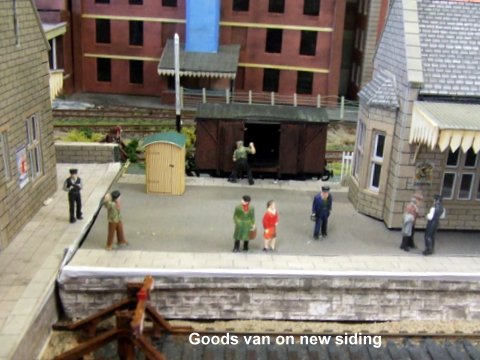 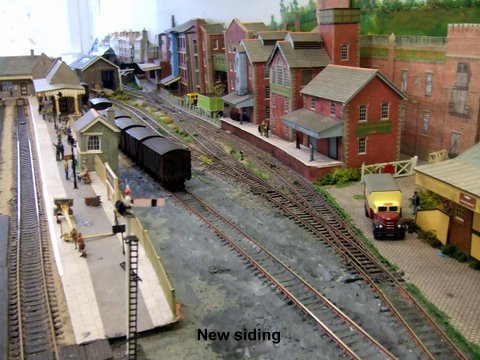 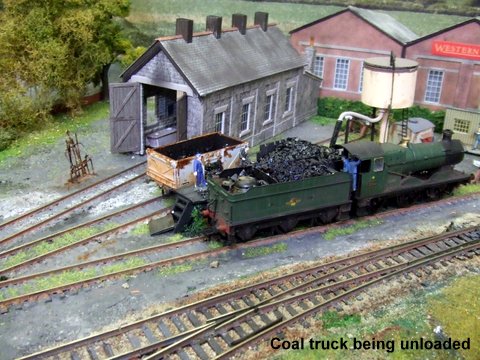 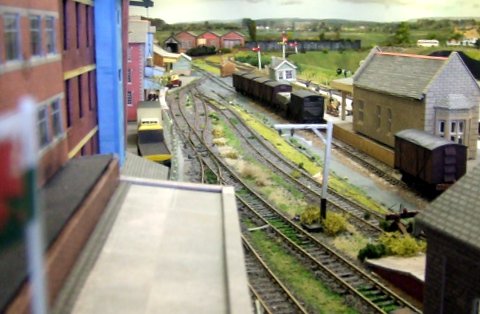 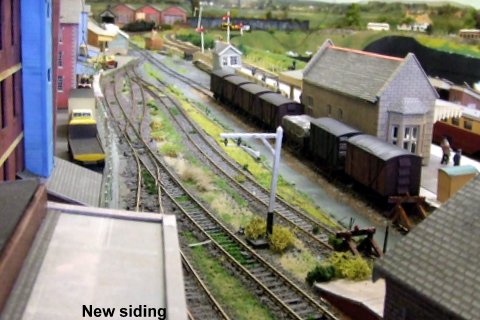 A big thanks to Alan – I really do enjoy his work, especially the canal part. Keep ’em coming folks.