“This project started in July and at last I think I have sorted out the track as I want it, now the big task is to fill in the scenery.

Because of the spacing between the tracks, organised that way to get the longest running time, I am limited to what I can fit in so decided against buildings, choosing to give a more country look. Trees have been bought on price at an average of £2 for 3, given the quantity I needed to give a “woodland look”.

Most of the grass area is made up with sawdust dyed with green food dye, it does lose its colour, so I am now going over it again adding commercially bought scatter of different colours which seems to be working.

The outside running track is fitted with crossovers giving four circuits of the board to return to the starting point, at an average speed this takes 2.25 minutes. With planning and quite a bit of luck I have run three trains at one time but a watchful eye is needed to avoid a crash at the crossovers. With this in mind I fitted three sets of points allowing to change between tracks.

There are five sidings for passenger trains and seven sidings for freight all installed on two 8 x 4 foot boards fitted together in an “L” shape.

One of the next things, do I ballast the tracks ? As you can see there is a lot of it, around 90 metres, and I am a little concerned that I will end up with something totally immovable.

Living in rural France, near Mont St Michel, I have been unable to find anyone interested in model trains, the shops that do have any trains are very expensive and extremely small amounts of stock and tell me no one had been interested for the past 12 years. Is there anyone out there near me ? 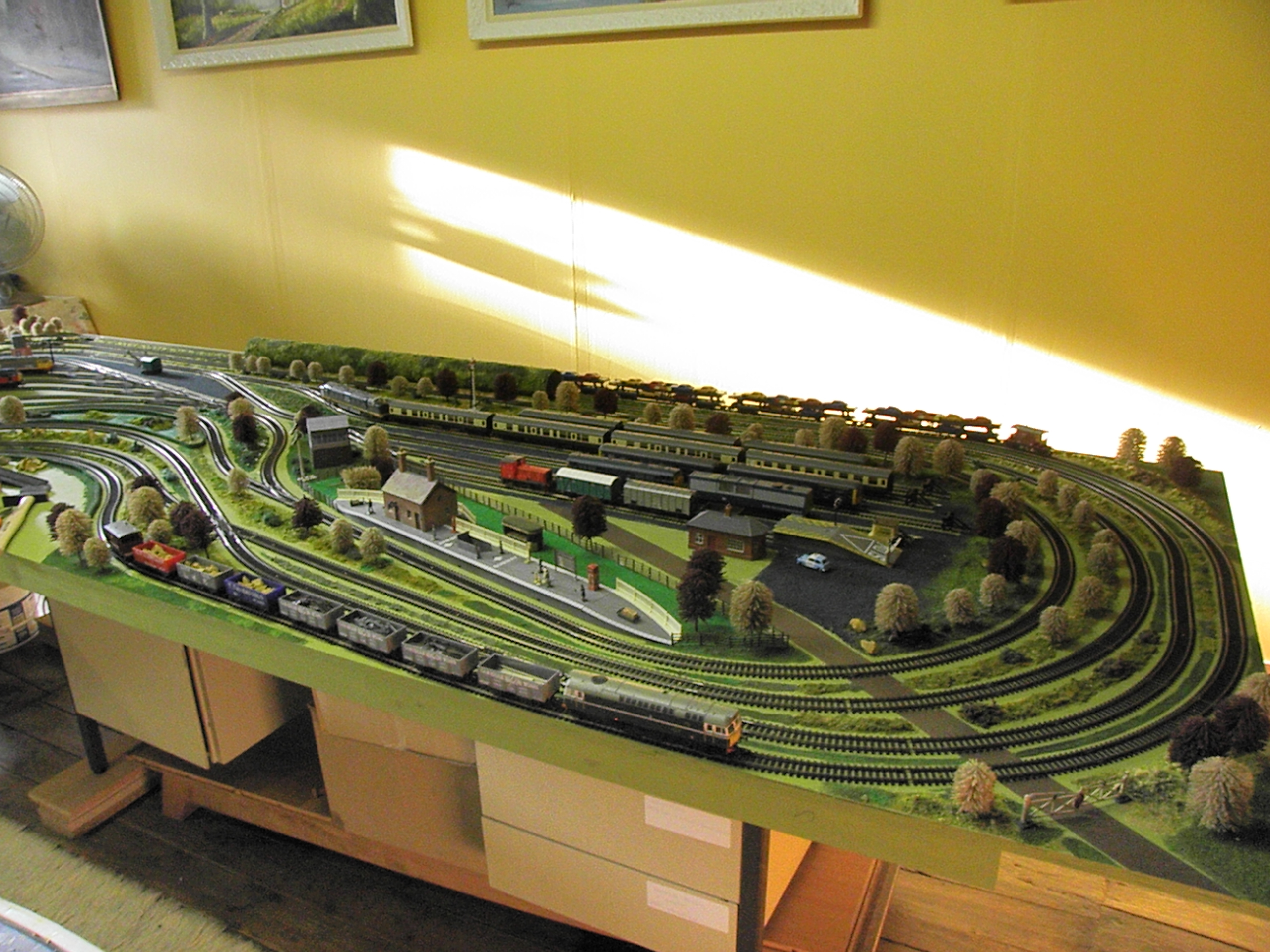 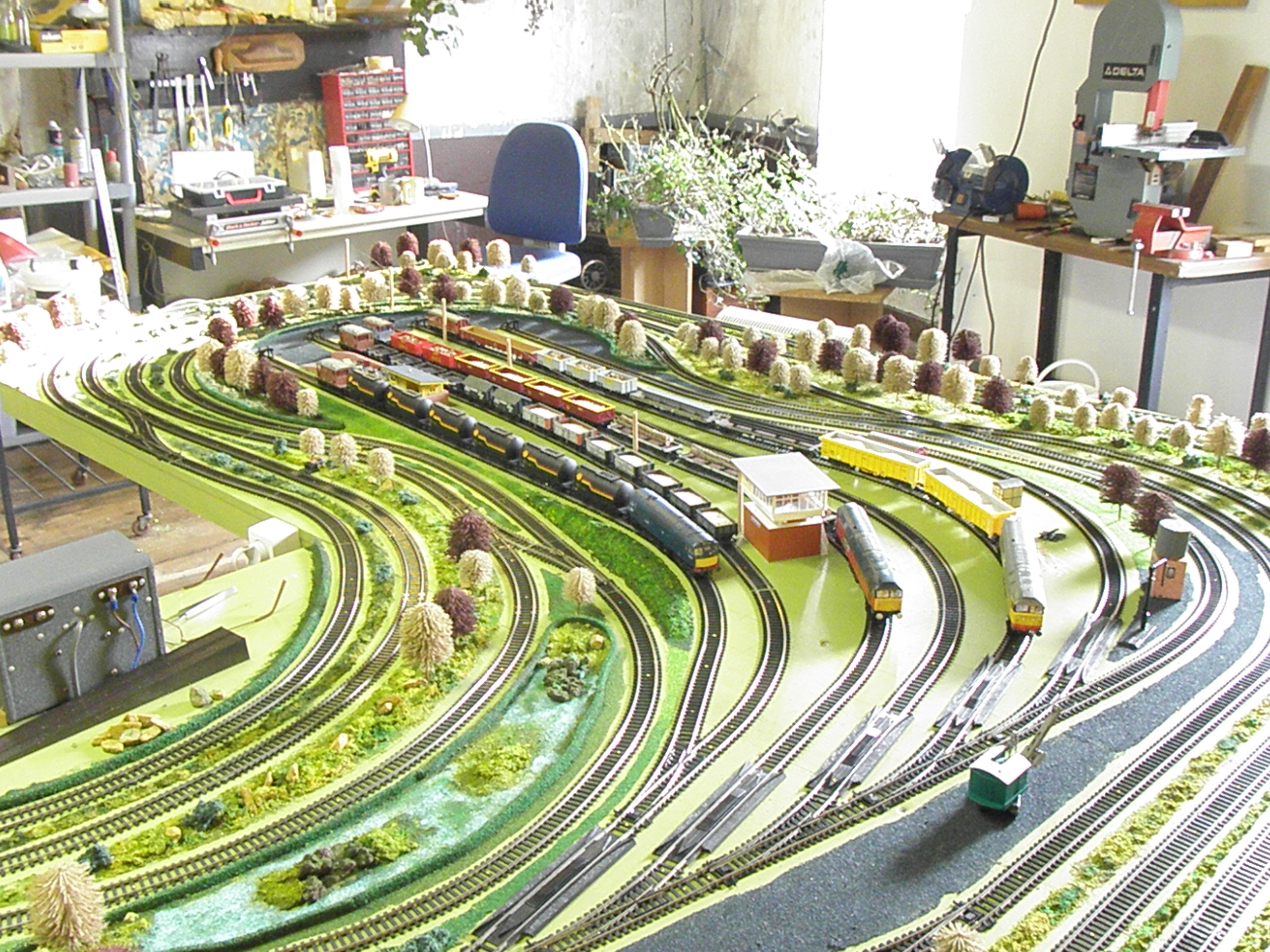 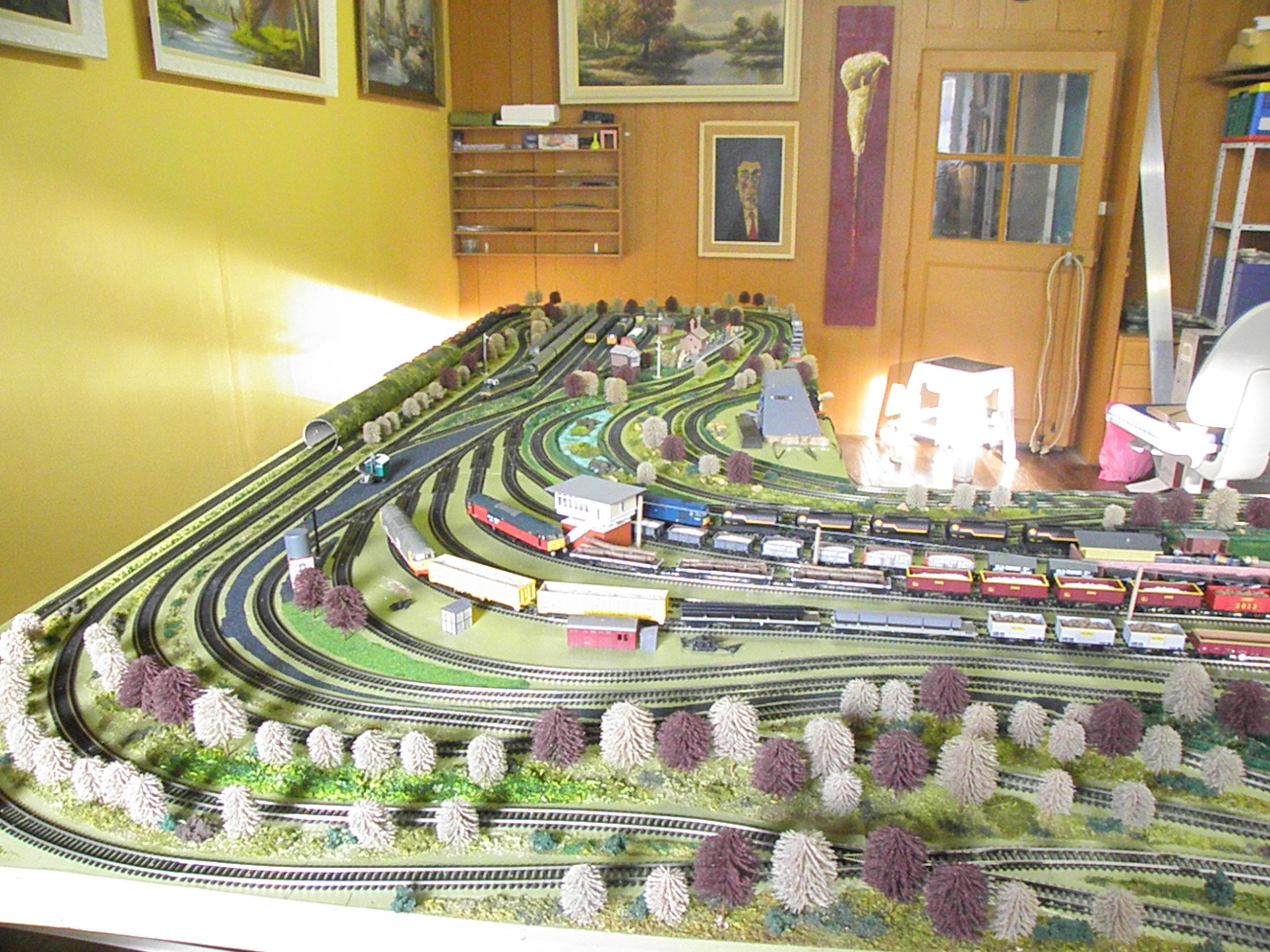 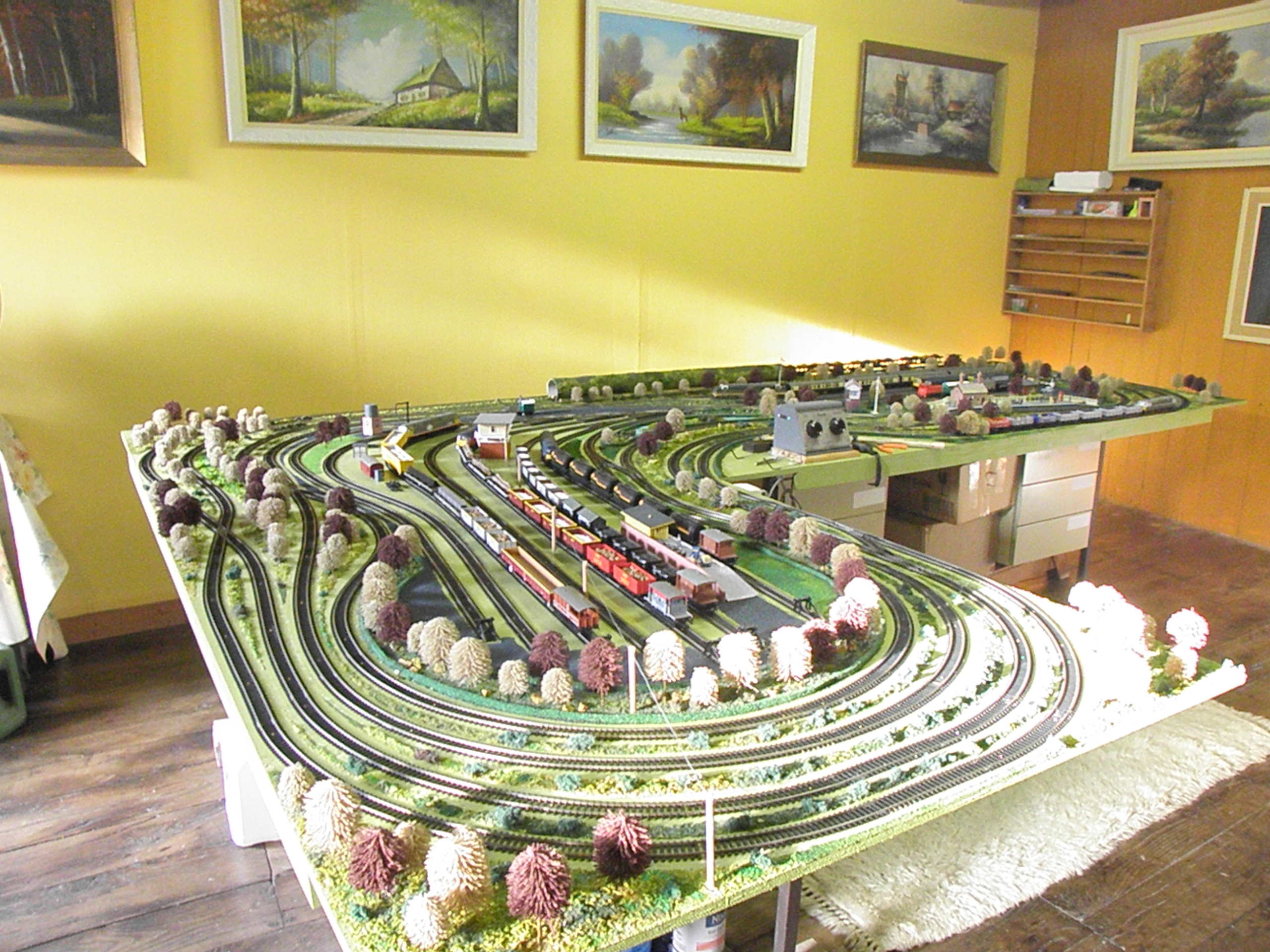 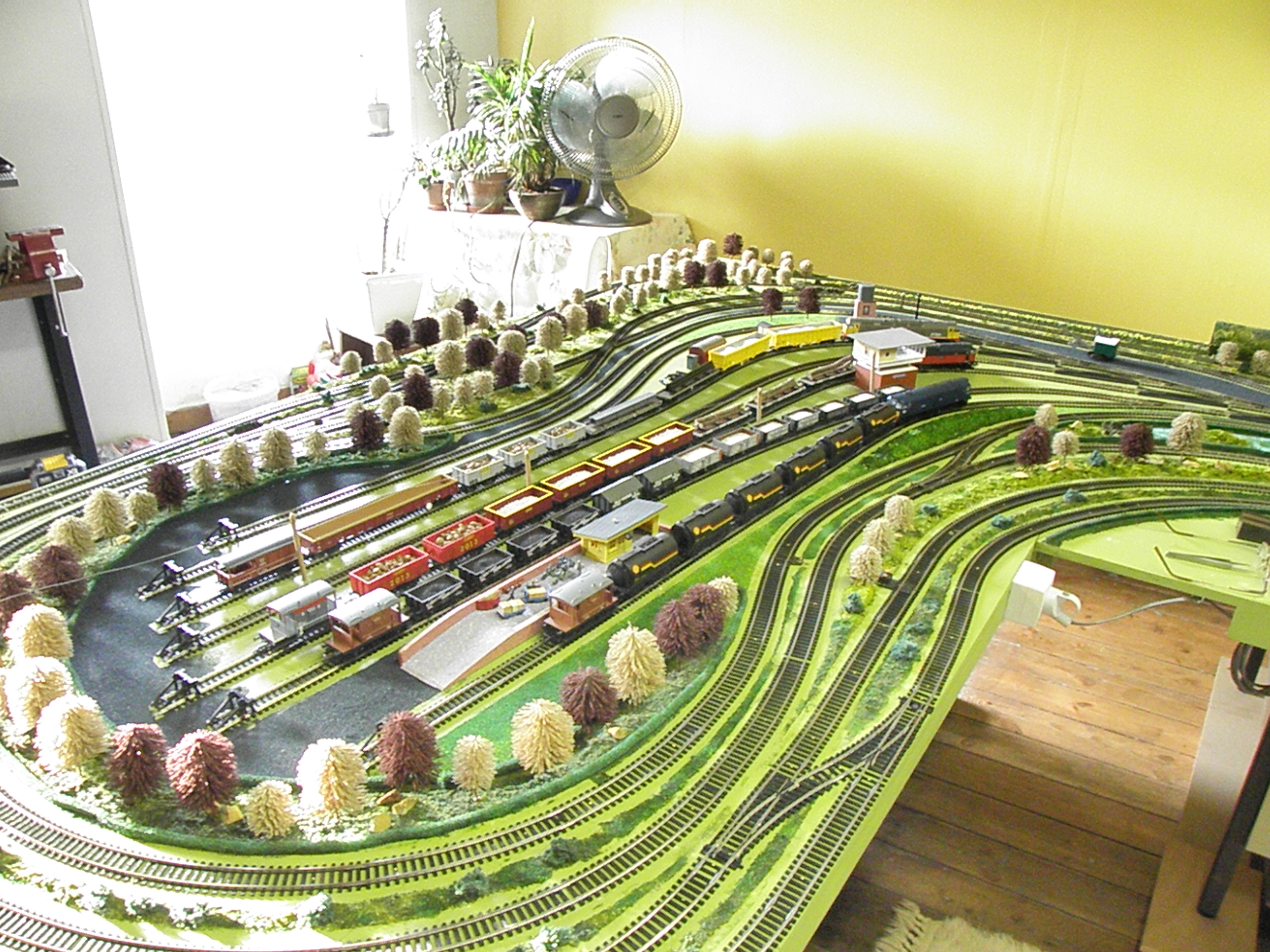