Bill’s been back in touch.

He’s been busy on his scenery. If you missed his last post, it is here.

I’ve been enjoying adding scenery to my second 4×8 section of my switching layout. I have a fair amount done at this point and it’s coming together nicely.

I’ve adding what is going to be my only major water feature and that is a ditch in which I’ve added Woodland Scenics water as well as some cattails and several HO Scale geese.

Another addition is a small bridge going off scene by the oil distributor.

I reduced the amount of roads I originally was going to add but doing so cut off access to the filling area of the scene so I created a small road coming in from off scene and built a small piece of a bridge where I had added some s energy in the side of the foam board base due to damage to it. I think it works well there.

I’ve done a lot of other scenery too. Pictures are below. Still much more to do such as add in people and start to work on the larger buildings for painting and detailing. I’ll be busy for a long while yet and I’m enjoying every minute I get working on the rail road:D 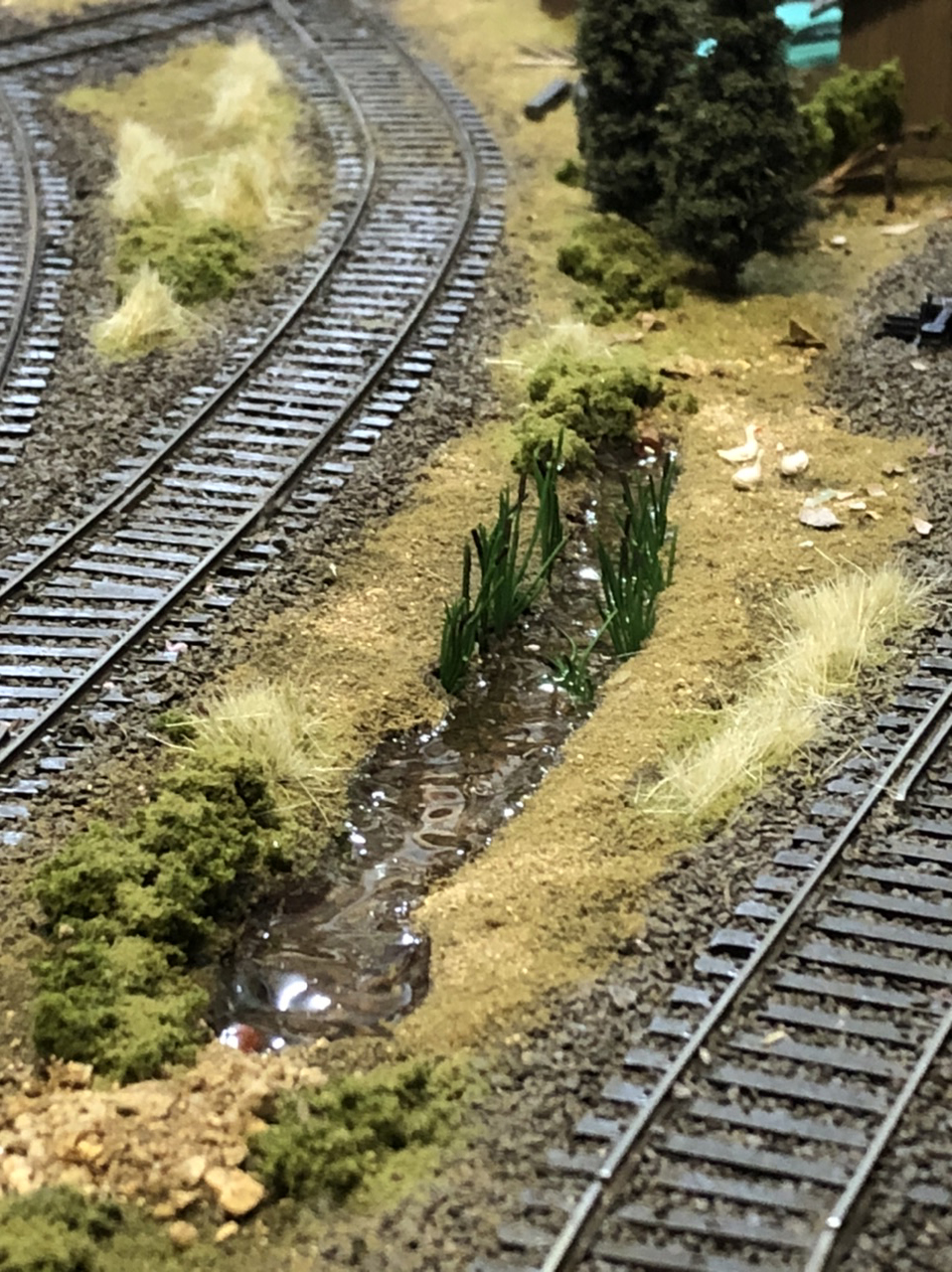 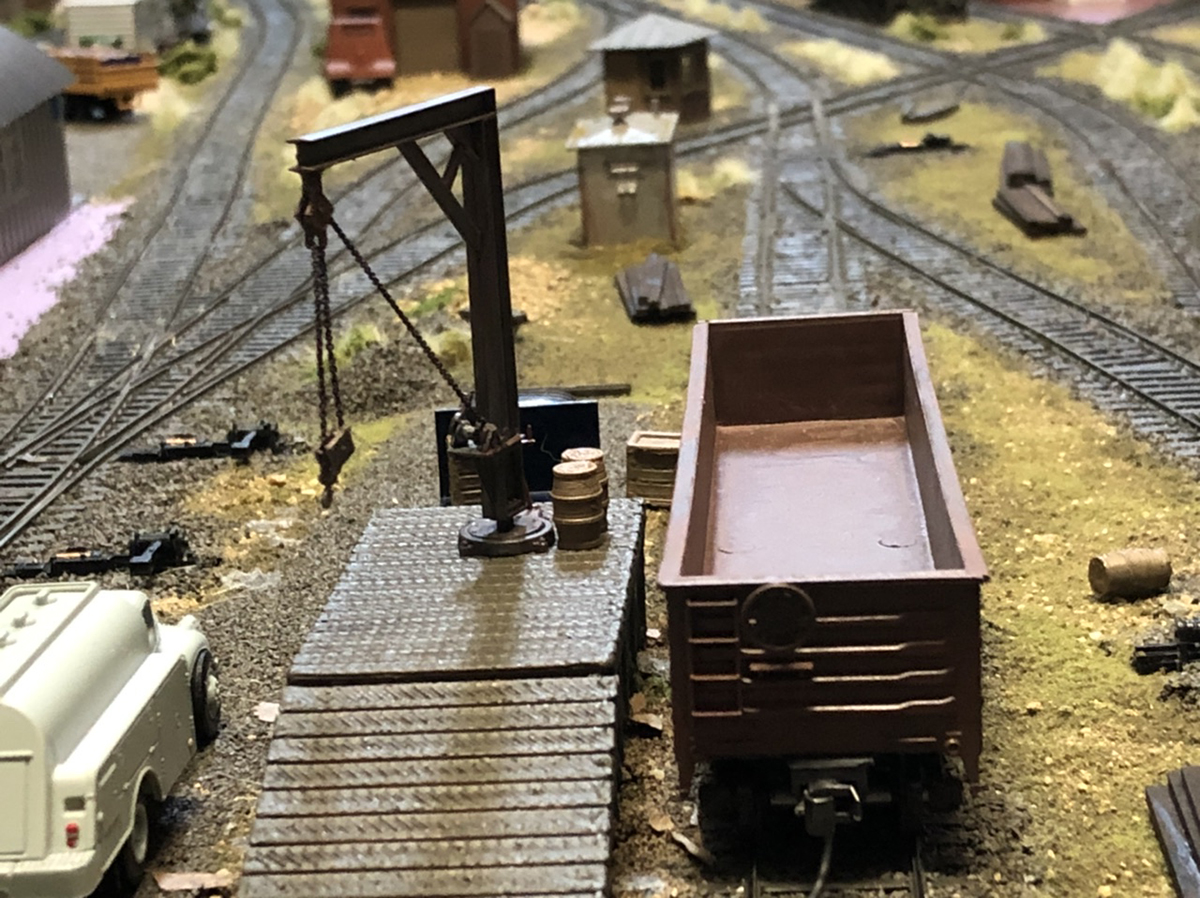 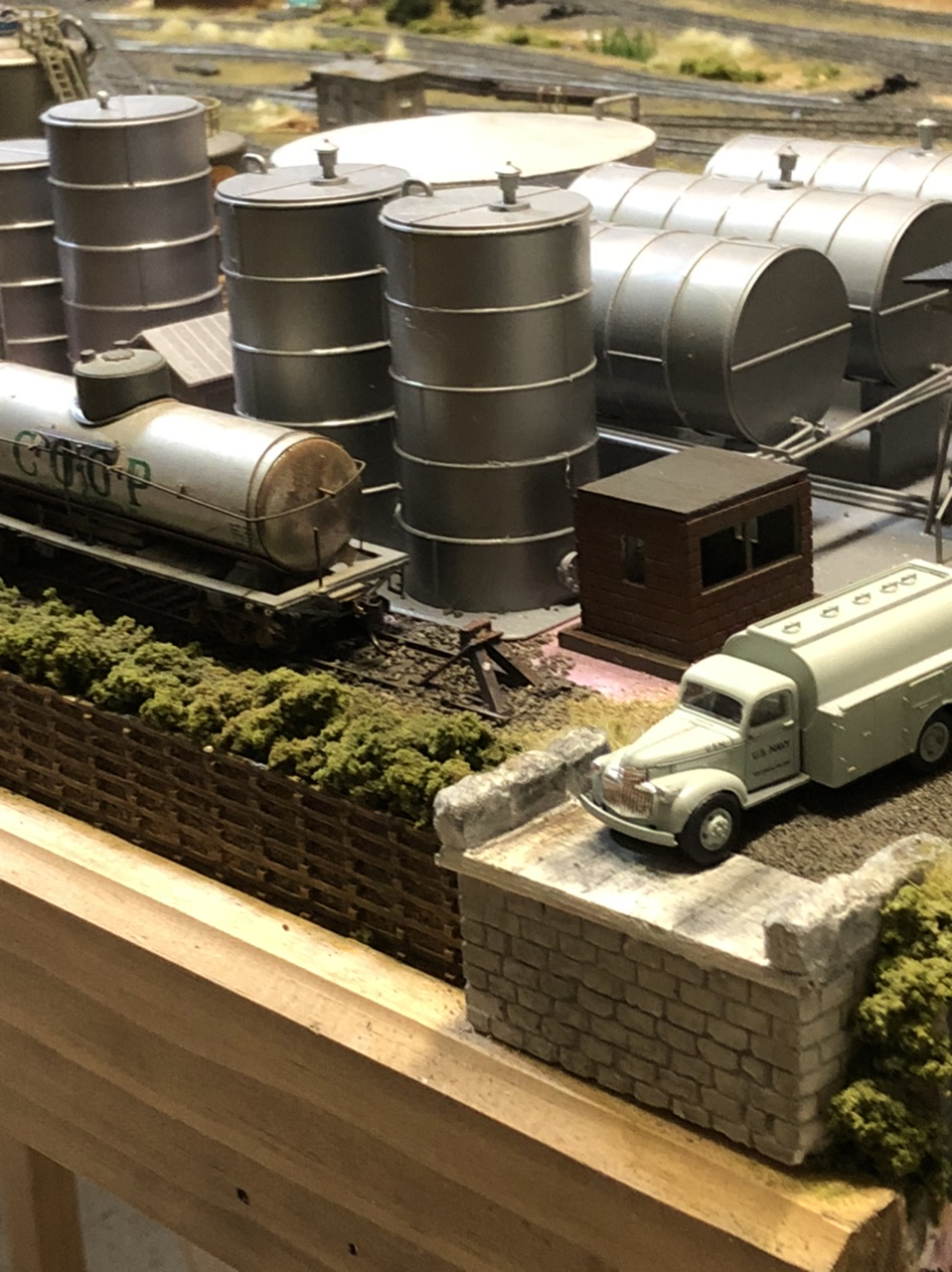 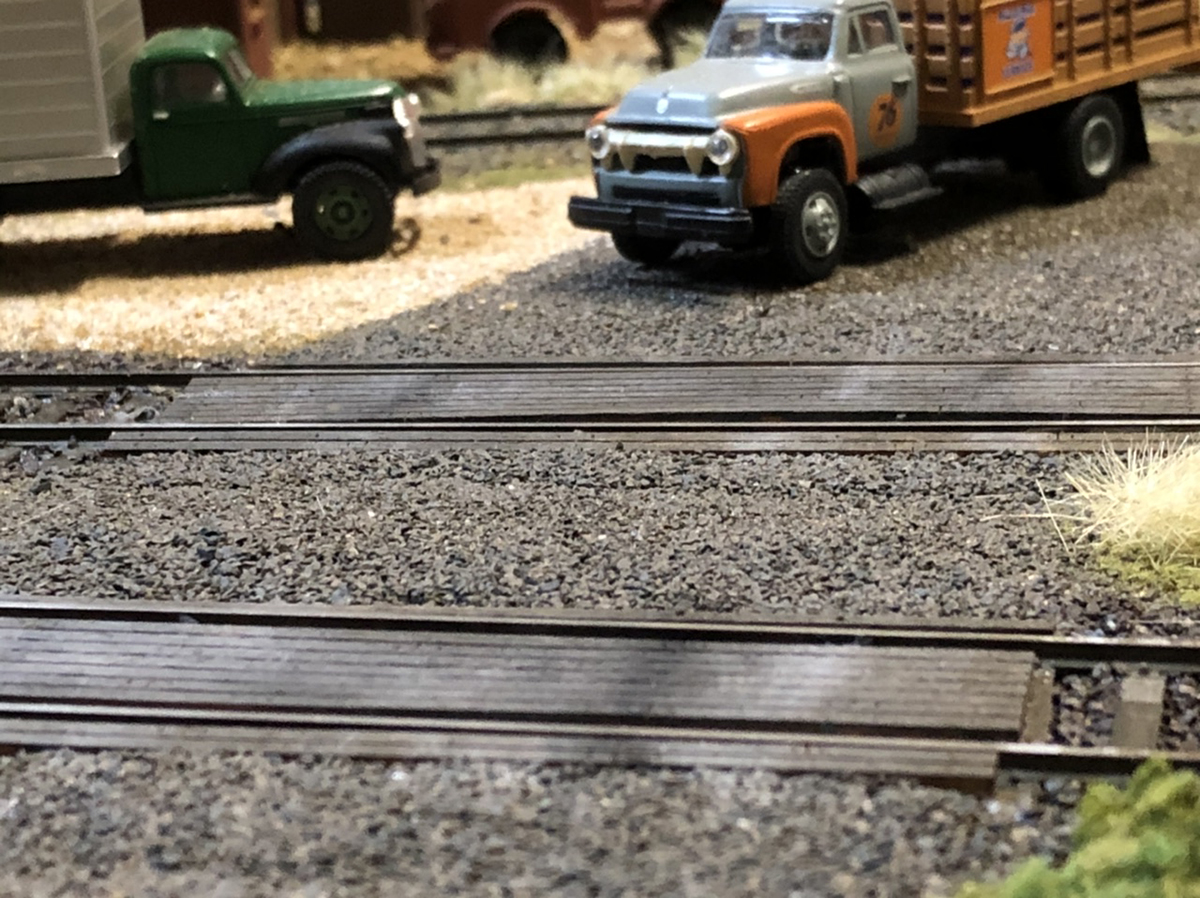 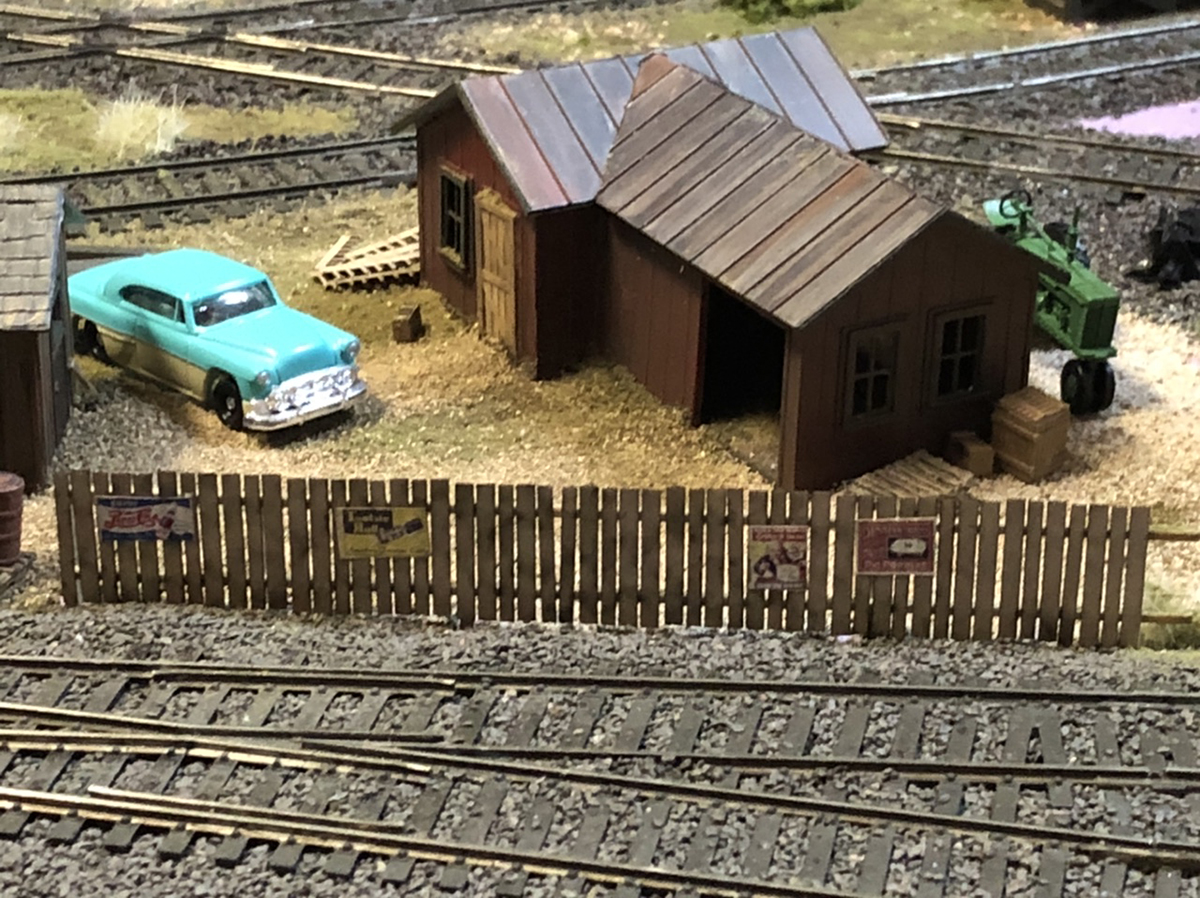 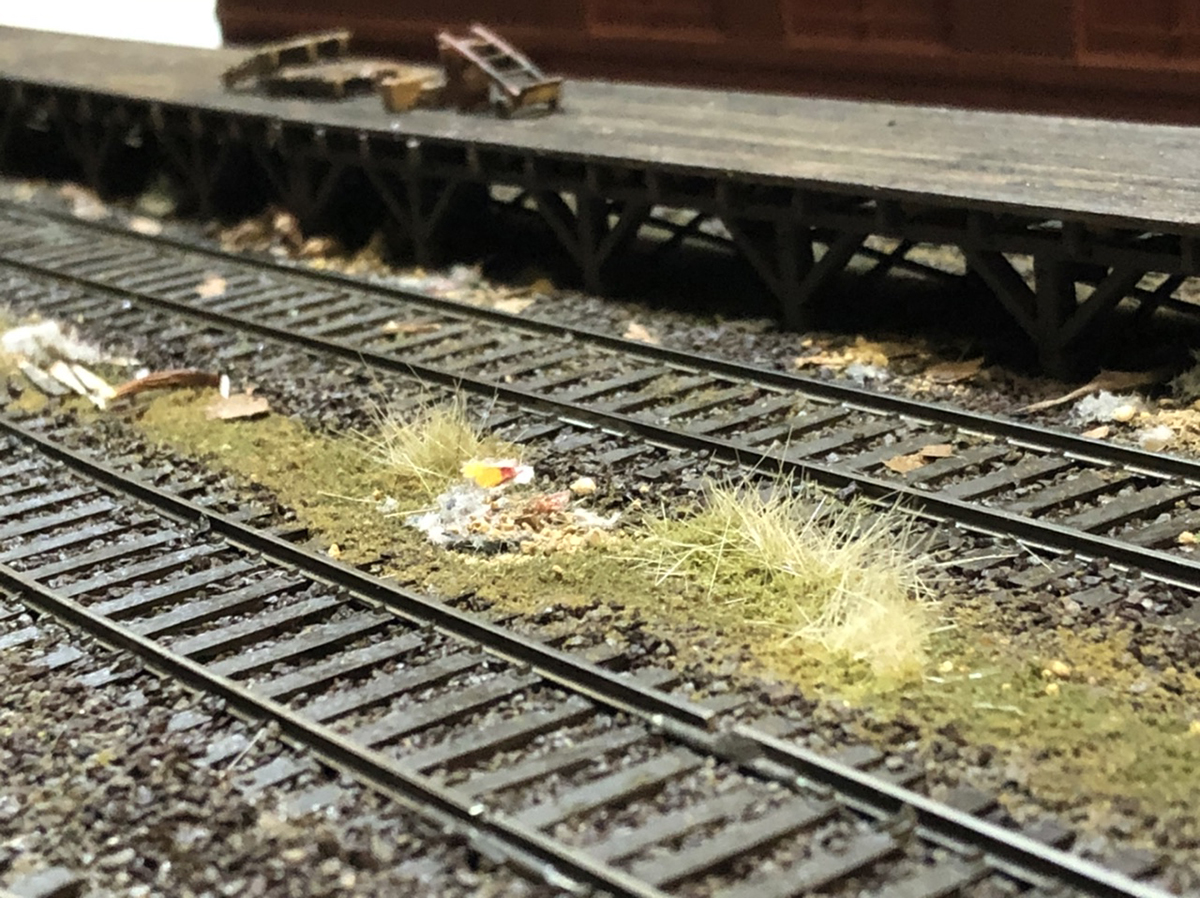 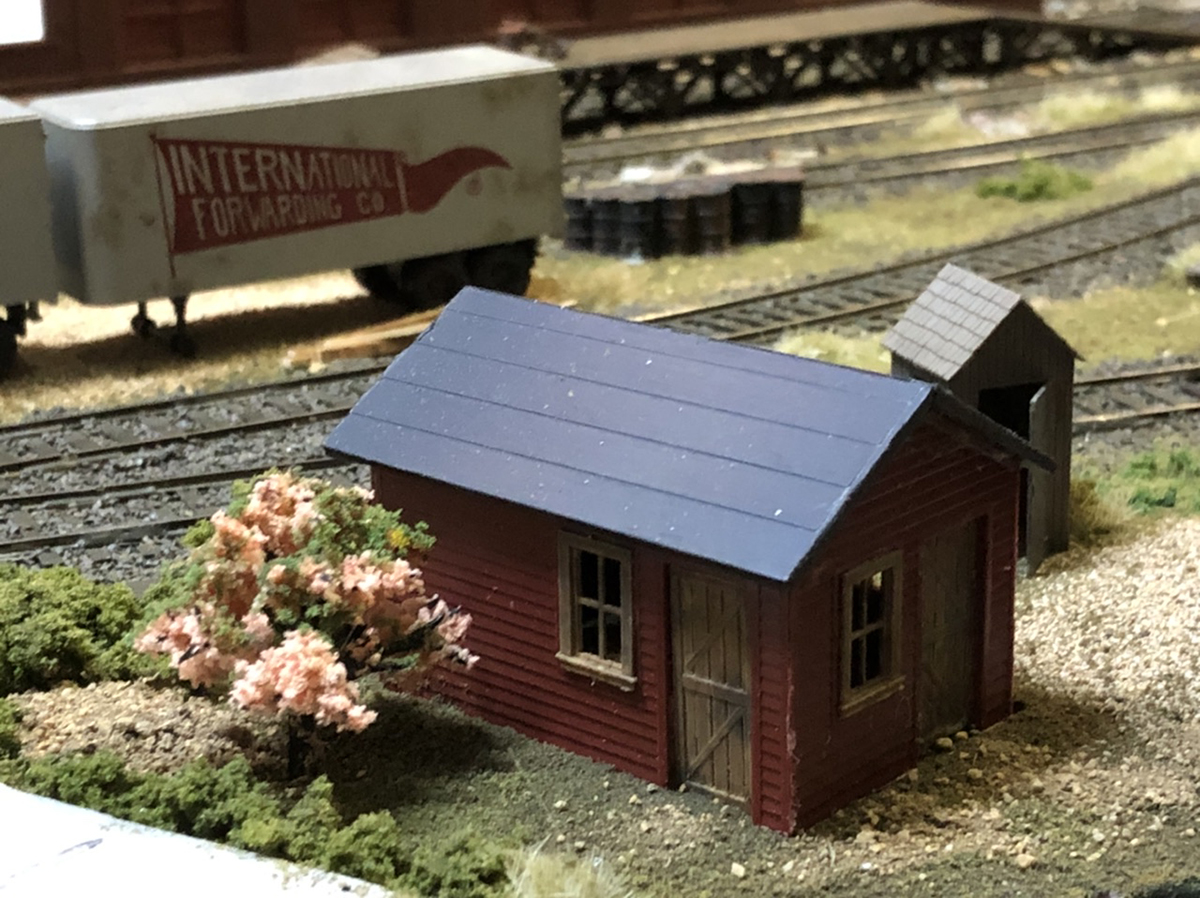 As a child, I had a Lionel layout, built into an unused cistern in the basement of our house in Wisconsin. A new Lionel layout was created in another basement in the ‘70’s.

However, in the latter part of that decade I visited the UK and made the costly mistake of walking into a British model Railway hobby shop (Howe’s in Oxford).

I was smitten. Since then I have been collecting OO scale equipment, structures and track in hopes of one day having a space worthy of the beauty of British rail in the Grouping Period, well, some of it anyway, because even in my wildest imagination I could not figure out how to justify all four railways in a single layout. I ended up settling for three, omitting the Southern Railway.

Now, at the ripe old age of 77, I am embarking at last on a large layout (22×8), in a new Wisconsin basement. I had an even grander one in mind, one with a huge terminus, but the reality of all the wiring of so many turnouts and crossovers struck home. I looked at what I had designed and experienced a panic, never having moved beyond a three-track format. So, I have changed my plan to be large, but relatively simple and using DCC. That, at least, was a benefit of the delay in building my layout.

I have begun constructing the table sections, six of which will be required. This will allow me to run large rakes of carriages, seven or more, and not exceed the capacity of a single straightaway.

I have completed the first table, just five to go. I have acquired Digitrax electronics and a fully “chipped” locomotive, in this case, the Hornby Flying Scottsman, to encourage me in achieving my goal, including putting chips in the locomotives that I have collected since 1978.

Wish me luck (and long life to complete my project). 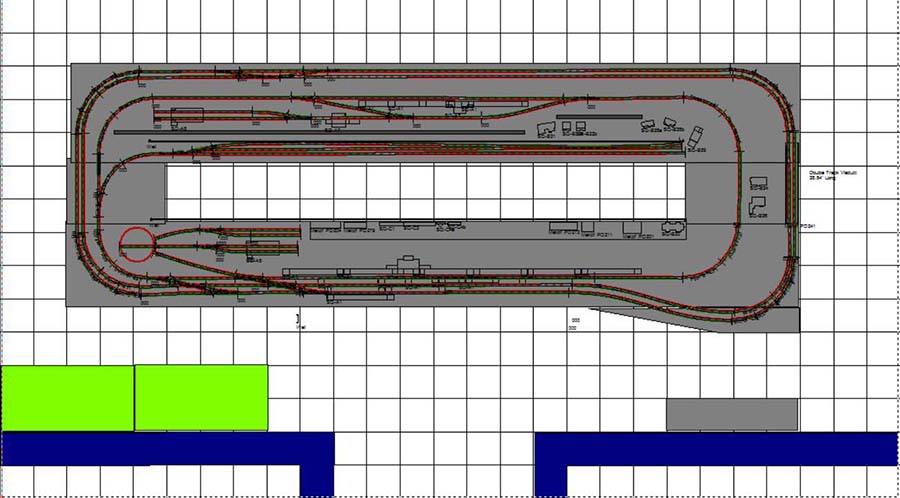 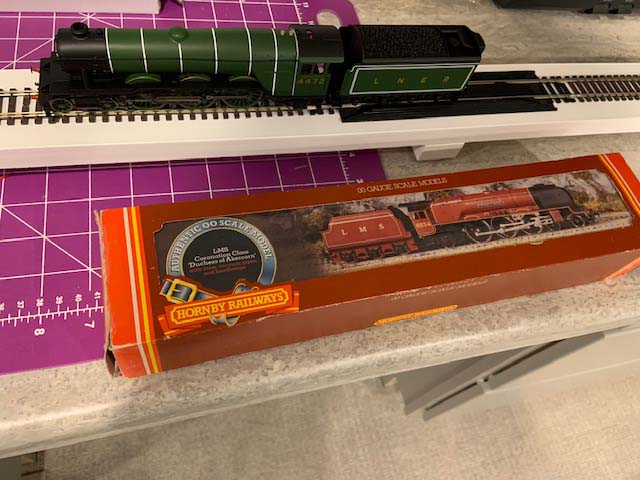 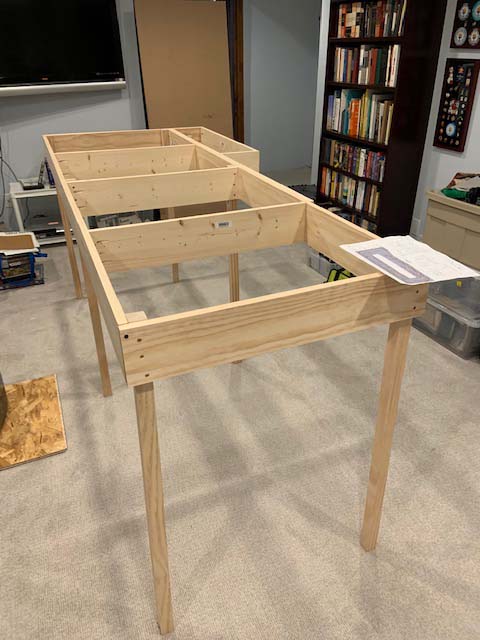 Well done – it’s all about making that start! Can’t wait to see your updates.

And what about Bill’s latest pics? Stunning stuff as usual.

And don’t forget the the Beginner’s Guide is here it today is the day you grab the bull by the horns.