Grab yourself a coffee, sit down and take your time over this one.

Bob had my attention with his narrative, but then when I saw his pics… wow! Hope you enjoy it as much as I did: 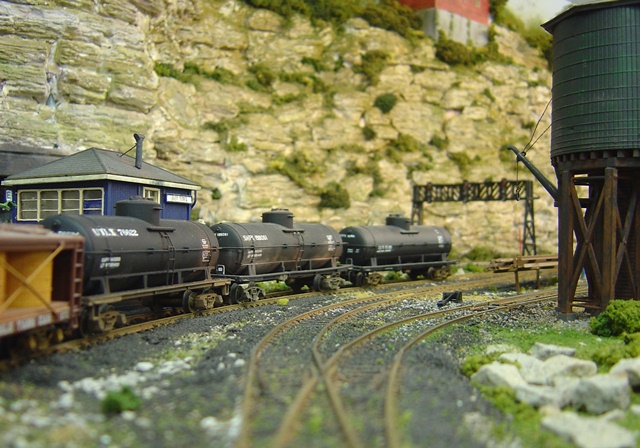 “The genesis of this layout was the result of a joint effort by myself and one of my oldest friends and fellow model railroader, Dennis Stembridge.

We went to High School together in Brockville Ontario and decided to build a model railway that would refect the scenery of southeastern Ontario and the Thousand Islands of the St. Lawrence River where we went to school.

We decided to make it a freelance line as it gave us more latitude for creativity. Also we are both fans of the late John Allen and his Gorre & Daphetid Railroad, one of the most beautifully detailed model railroads ever. We created an imaginary story about a line that evolved as a result of the government consolidations into the Canadian National Railway. 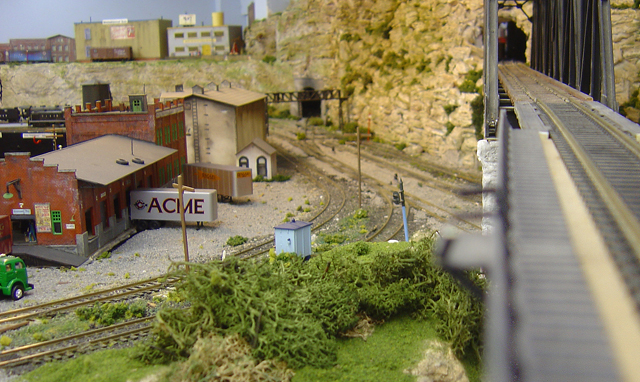 Our imaginary line came about when we thought “what if” a bridge line came about by taking over the abandonned trackage between Toronto and Montreal. We decided to choose the Kingston Ontario area locating our ficticious Roehampton on a branch just north of that city. Harbourside Junction and West Harbour are patterned after an imaginary harbour and junction just outside Kingston on the Cataraqui river. 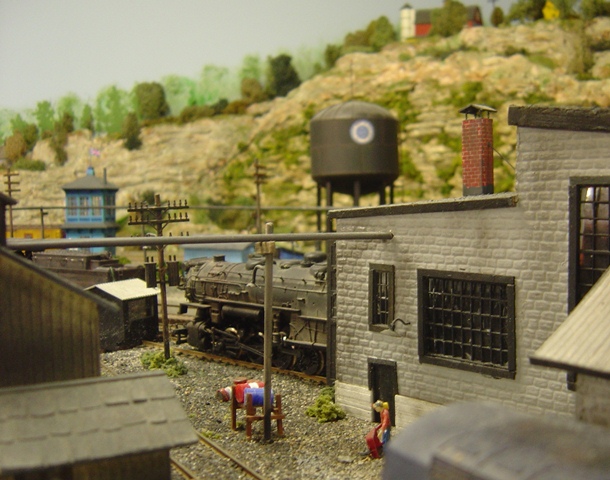 The line was to be called the St. Lawrence, Ontario & Western Railroad (SLO&WRR – we liked humorous acronyms and names hence railroad rather than railway – the former is American practice and the latter British).

SLO&WRR owned and operated a short line and terminal switching road called the Metropolitan Belt Line (MBL). Our model railway was to represent the steam to diesel transition period of the 1950s that took place on Canadian Railways. Everything was to be finely detailed and weathered to make our models appear as realistic as possible. 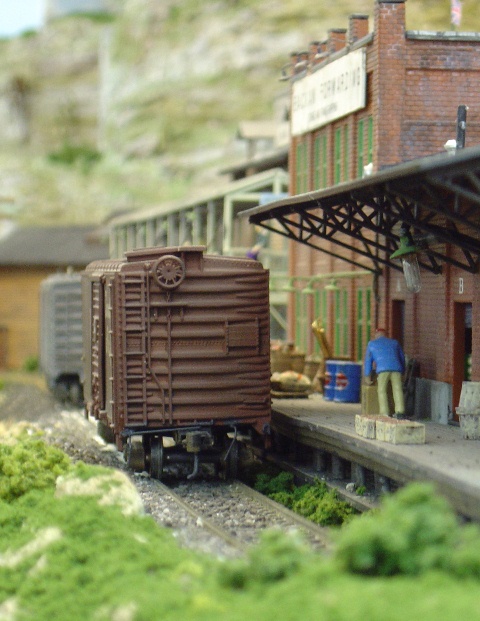 We developed our own logo and colours for our company and made our own decals to apply to our rolling stock. These were also used asd letterhead for switch lists and timetables. Because we were a bridge route with a major branch, it let us allow other lines operating rights on our tracks. So, it was possible to see equipment of the Toronto, Hamilton & Buffalo (TH&B), the New York Central (NYC), Canadian National Railway(CNR), and the Canadian Pacific Railway (CPR).


The scenery is hardshell plaster made from a variety of home-made and purchased latex moulds representing the geological transition from the granites of the Canadian Shield to the limestones found in the city of Kingston itself. Once the rock was in place, it was appropriately tinted with a variety of colours and then given a wash of diluted india ink to create shadow definition in the crevasses and hollows.

After that, when the rockwork was dry, we would spray it with water and, using a drinking straw, would gently ‘whiff’ the grout onto the rockwork. We used a variety of different coloured tile grouts put into a folded piece of paper to whiff it with the straw. This gave the scenery an earthen look that we couldn’t achieve any other way, and disguised the joins between the rock from the moulds. All tunnel entrances were home-made from hydrocal plaster, were painted appropriately then weathered.

We then progressed to the vegetation. Trees were hand-made mostly from lichen and the visible trunks used armatures of real twigs and some that were manufactured. Ground foams varied from coarse to fine to simulate grass and shrubs, and binder twine cut to size and the fibres were dyed to simulate grasses and weeds. All structures were either scratch-built or kit-bashed versions of what was commercially available. Attention was paid to creating a scene with appropriate figures and accessories. All vehicles were of the 1950s vintage. 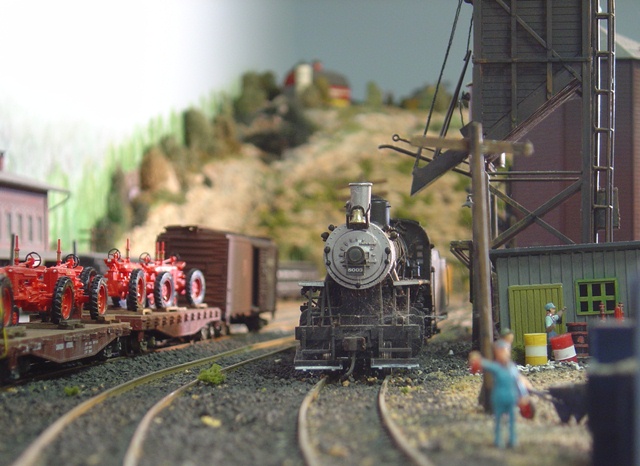 The gauge used was HO (1:87), big enough to be easy to work with, but small enough to put together a layout large enough for our purposes. Block control was put into place as when the layout was first being built over 15 years ago. DCC was far too expensive then. There were a total of eight throttles, with some restricted to specific areas for switching etc. and others used on the main line. Track was all code 100 nickel-silver, painted and weathered with a rusty clolour to look well used.

Ties were given oil and coal spills and some had ‘weeds’ growing in them to similate poorly maintained industrial trackage. Some track was hand-laid (in visible areas) and factory-made in hidden areas. We had a double tracked main line of 130 actual feet (260 feet of track), a branch to Roehampton of about 70 feet single tracked, and a branch to west Harbour of about 35 feet. All bridge work on the line was scratch-built or kit-bashed based upon researched bridge-building principles. The Stemmer Trestle was 8 1/2 actual feet in length! Another very large through truss bridge was scratch-built using strip wood, cardstock and drapery track to make girders, gussets and bracing and spanned nearly 800 scale feet in HO. 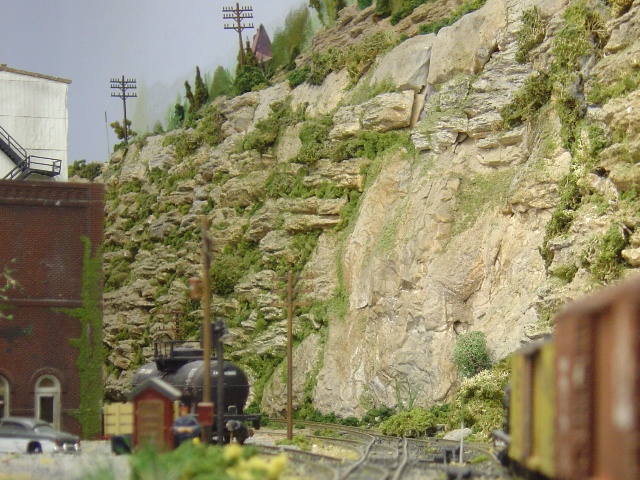 Our lighting was a mixture of flourescent and incandescent. The ceiling was black to minimize refection and distraction of the lighting when viewing the scenery. We had over 50 locomotive and 400 pieces of rolling stock, all of which had to be heavily weathered and modified to get the ‘look’ we wanted for our railway. All wheel sets and couplers were given a brown rusty look, and dirt grim and rust streaks hand-painted to simulate weather, dust, and grim that would come from regular operation. We used a lot of oil pastel scraped by Xacto kives into piles of various colours that were then either applied by a fluffy artist’s brush or fine wetted brushes. Afterwards, a fixative was applied to keep it all in place. Even our builtings and structures were given the same treatment.

For operation, we used switch lists and timetables. There were two large staging area, one hidden beneath Roehampton that could stage up to 6 trains in each direction on the main line, and a second one that was a hidden stub yard of 4 tracks leading into Harbourside Junction. Lots of industries plus the main line and two banches gave us lots of operational possibilities. Every Wednesday a crew of anywhere from 3 to 8 people came to help us operate and maintain the layout. Al told, there was over 1000′ of track and 85 turnouts which included about 6 double slip switches in areas of tight trackage. 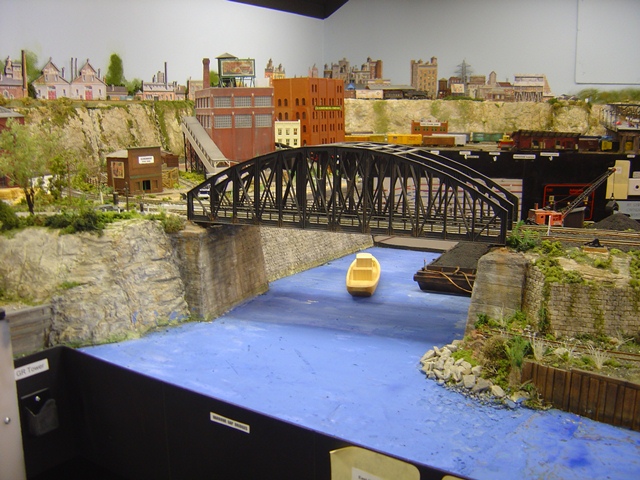 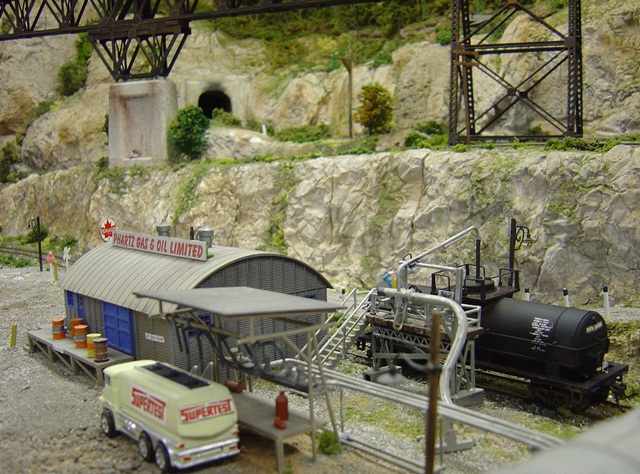 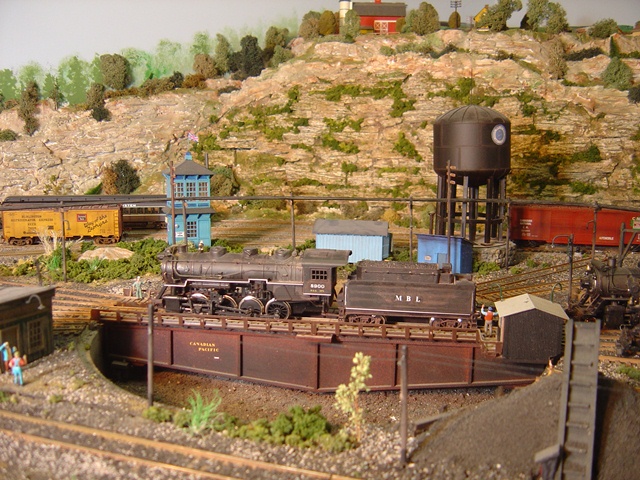 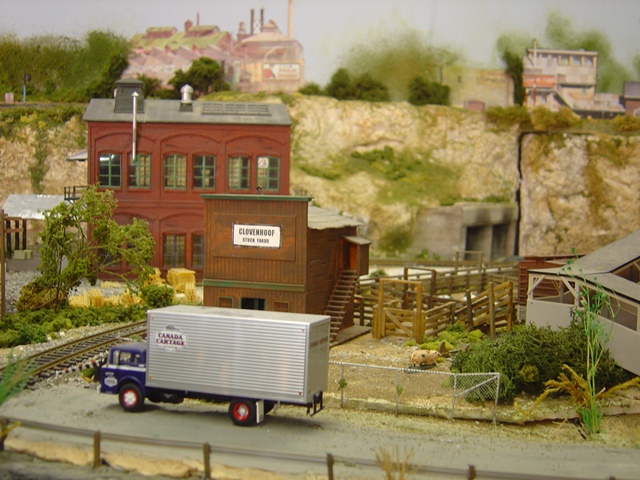 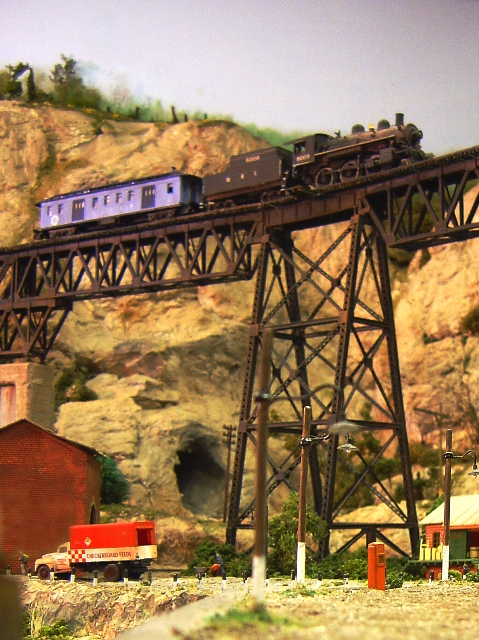 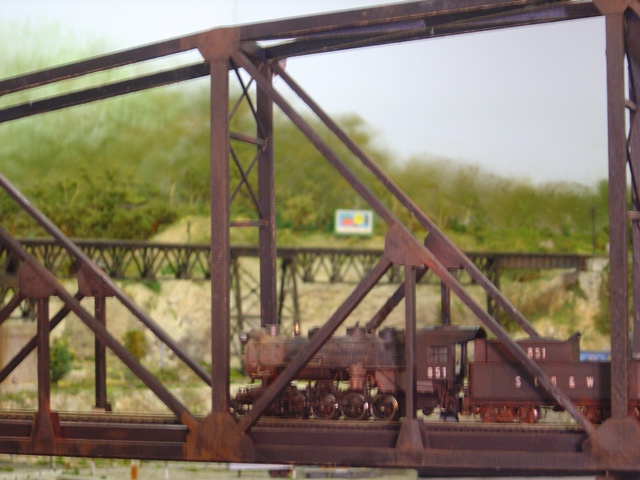 An absolutely stunning layout. A huge thank you to Bob for sharing. I loved his narrative of the planning and how the layout took shape.

I have no idea why, but when someone like Bob takes the time to explain the layout in the detail he has, it makes the pics so much more interesting. I can’t stop looking at them.

And don’t forget, there’s only way to see ALL the post, and that’s to jump on the newsletter (and you’ll get an excellent tunnel making step-by-step too!)