Rob’s been back in touch.

And he’s been busy on his layout: as we all know, they are never finished.

(Here’s his last post if you want to refresh your memory.)

I know how much you love updates, so here goes…….

I’m modeling O gauge on a small layout so space is a premium.

I had a grade on the right side of the layout that was too steep for an engine to pull more than one or two cars and I found that I wasn’t using it much at all.

Since the track was hardly used, I decided to rip it out and change up the track plan. I took out the grade and built two short sidings in the space.

The upper level became a short siding for the tourist railroad to stop at along the route to allow passengers to get off and stop for lunch.

The main level became an industrial siding for a local business. I built a small building from Ameritowne Models here in the US.

The kits are pretty basic but easily bashed to your liking. I added floors and lighting but didn’t furnish the interiors. The interior lights are LED’s that I scratch built, but I purchased the exterior fixtures, also LED.

Once I had that done I decided I needed something for a backdrop behind the building. I had bought your building prints a while back and decided to use one of the engine sheds as a building flat.

I scaled up the print to get the size I wanted and started printing and gluing, and cutting. I cut out the windows and set the main wall on top of a second full print to give the flat some depth.

I also extended the roof out over the top of the wall slightly by adding a second layer to the facia on the print.

I added a second building print that I found on the web behind the flat. The sky prints were the final touch.

I still need to do some detailing, including one of your fences in front of the flat. The new track plan gives me more operational variety, I like switching, and really improved the look of the layout.

The last pic is before the latest change. As you can see I made use of some otherwise dead space above the file cabinets. Had to get creative since the wife didn’t want to give up much space in our small basement. 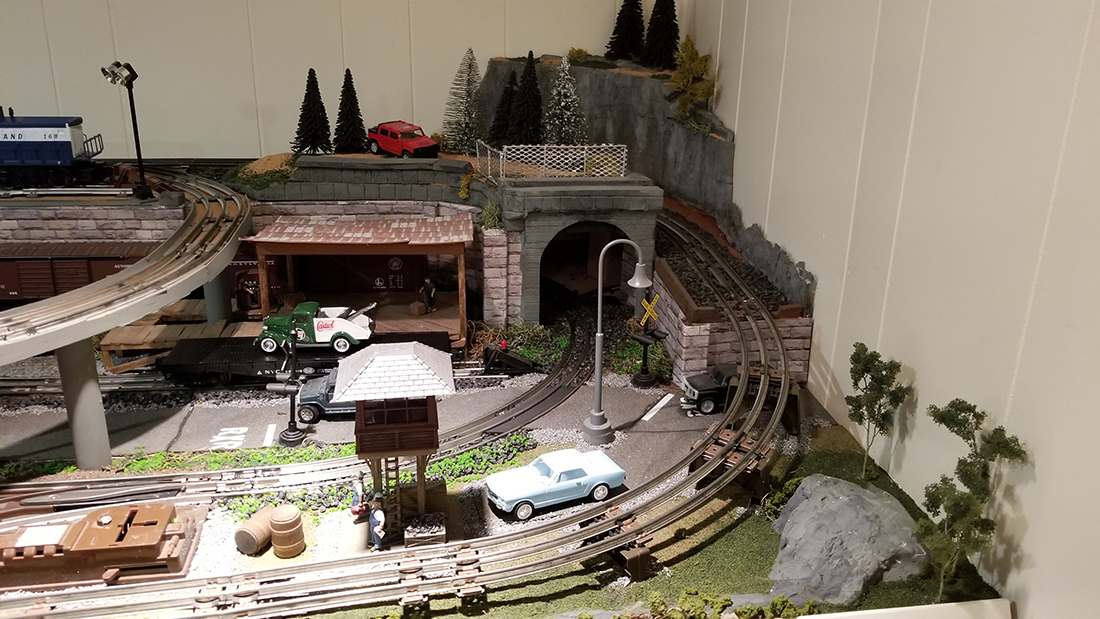 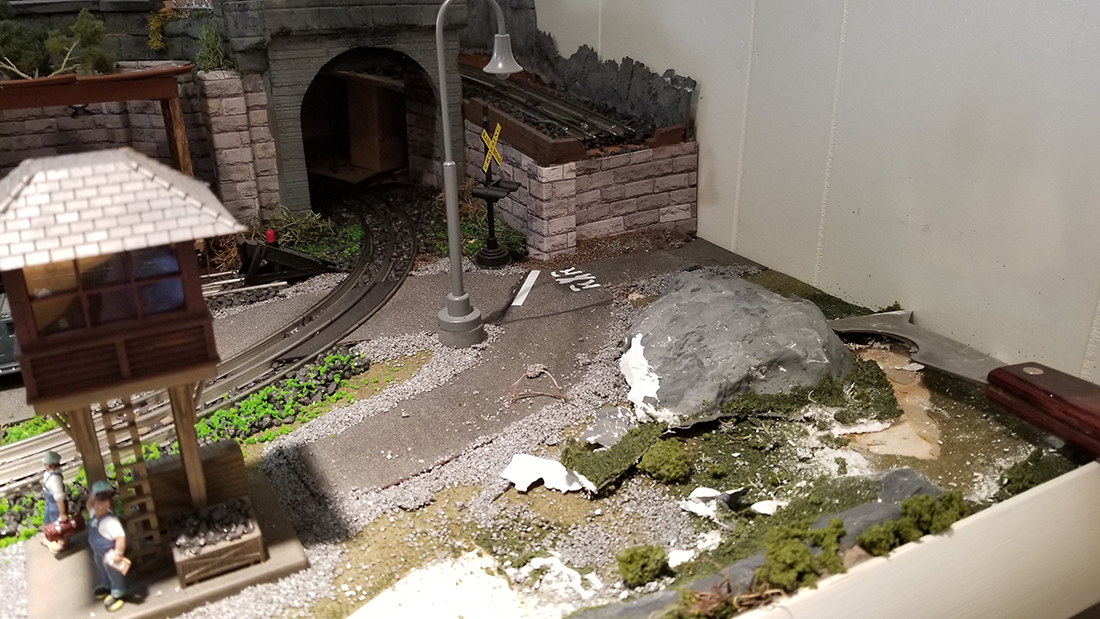 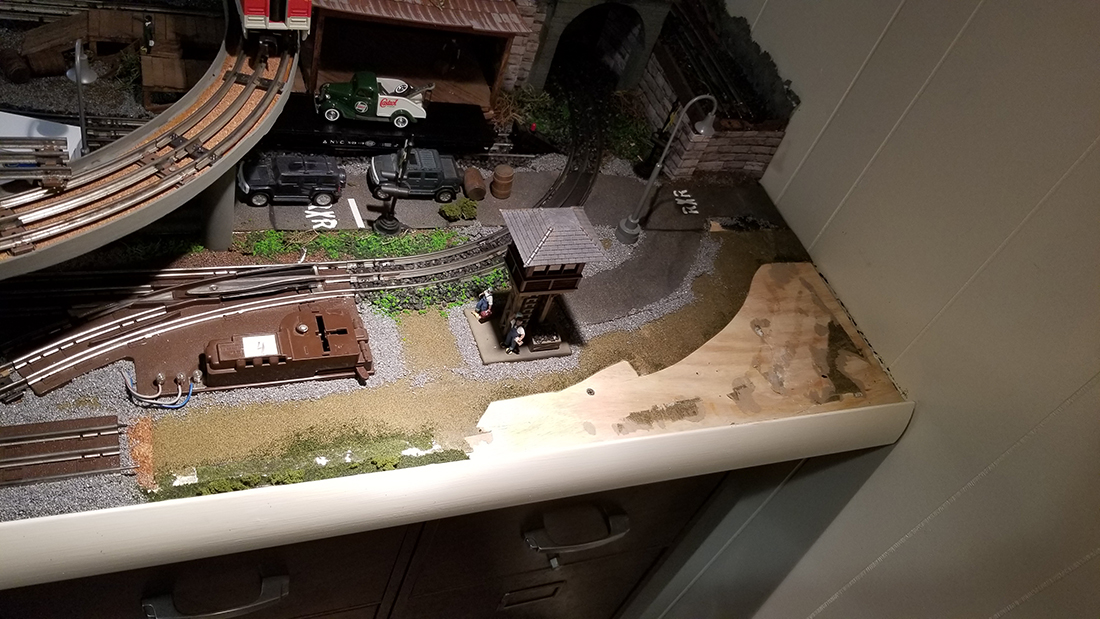 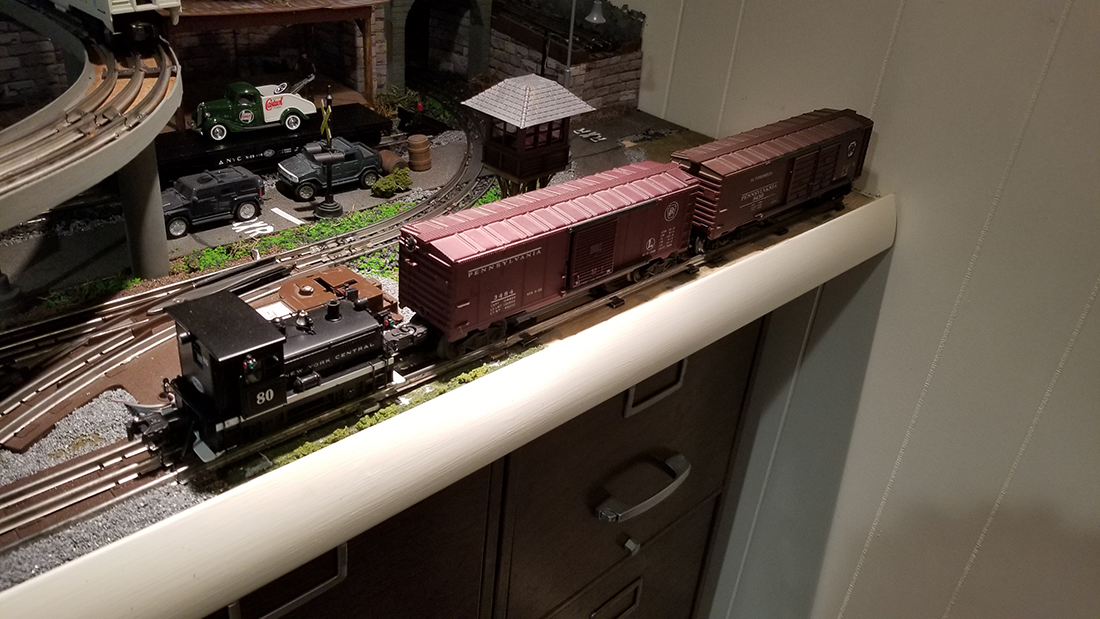 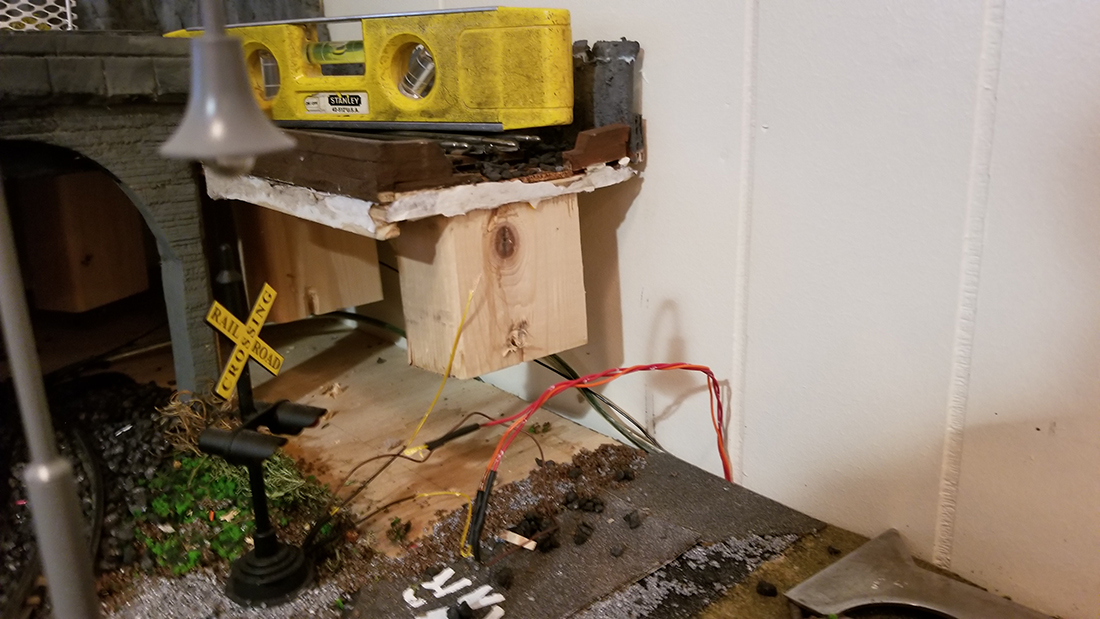 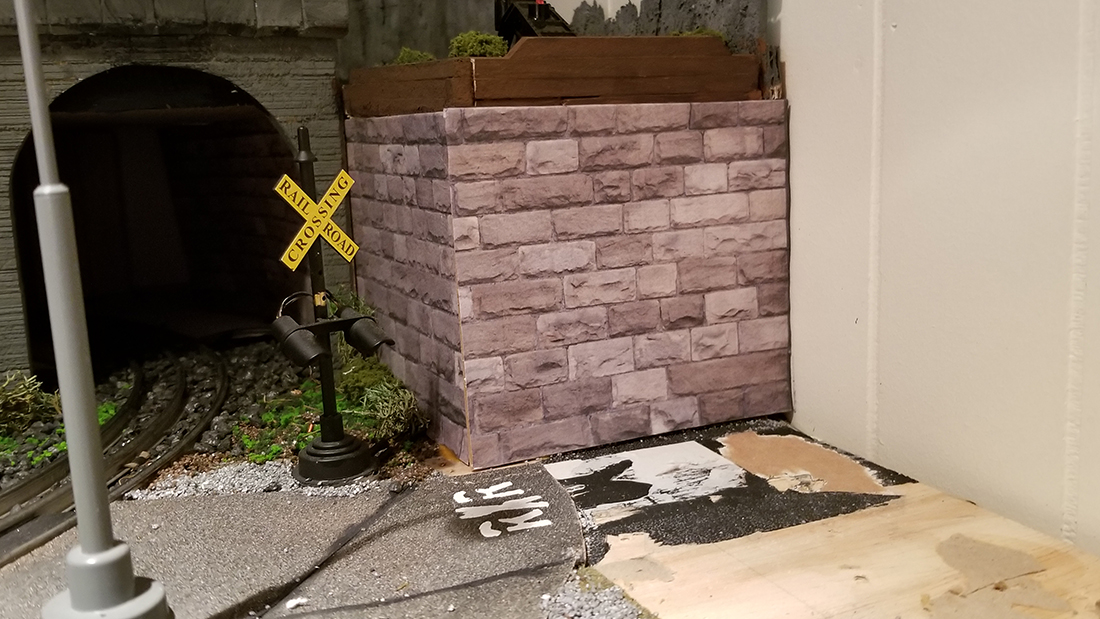 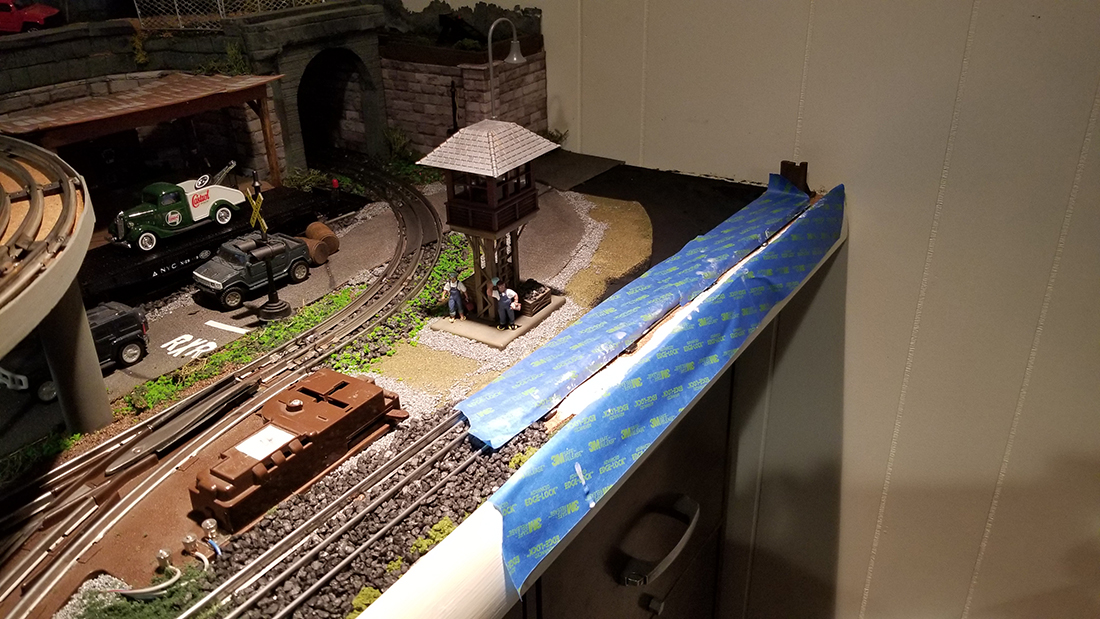 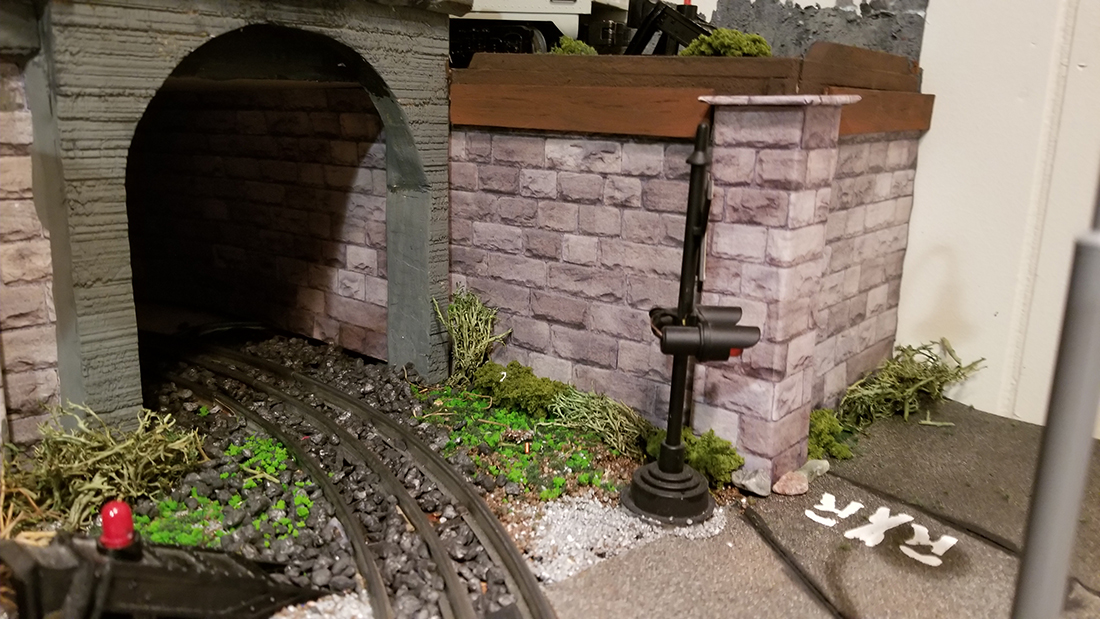 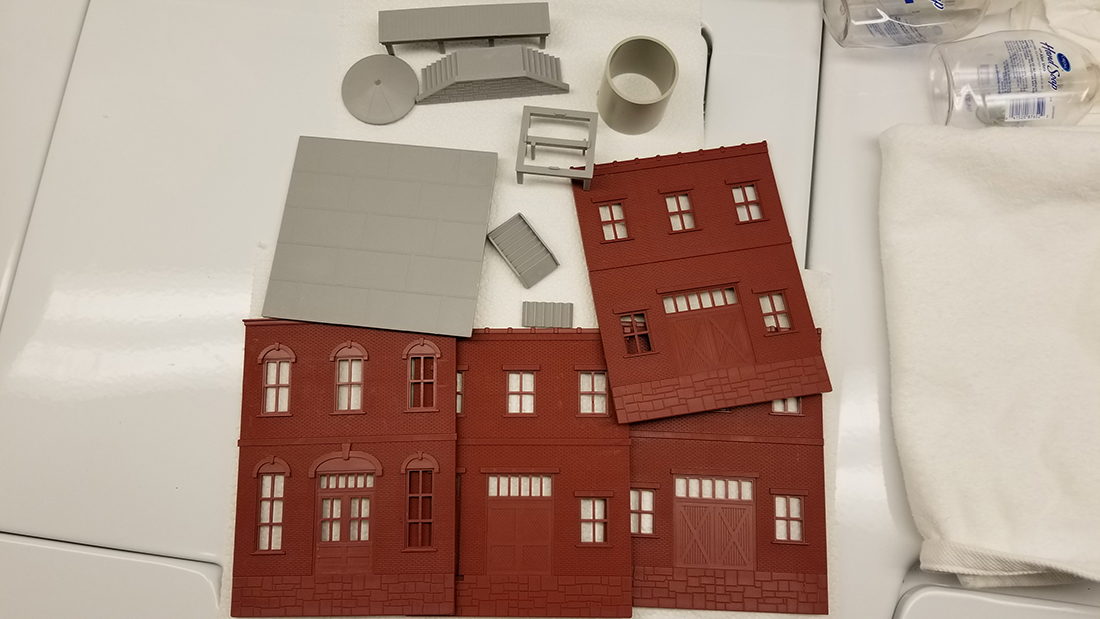 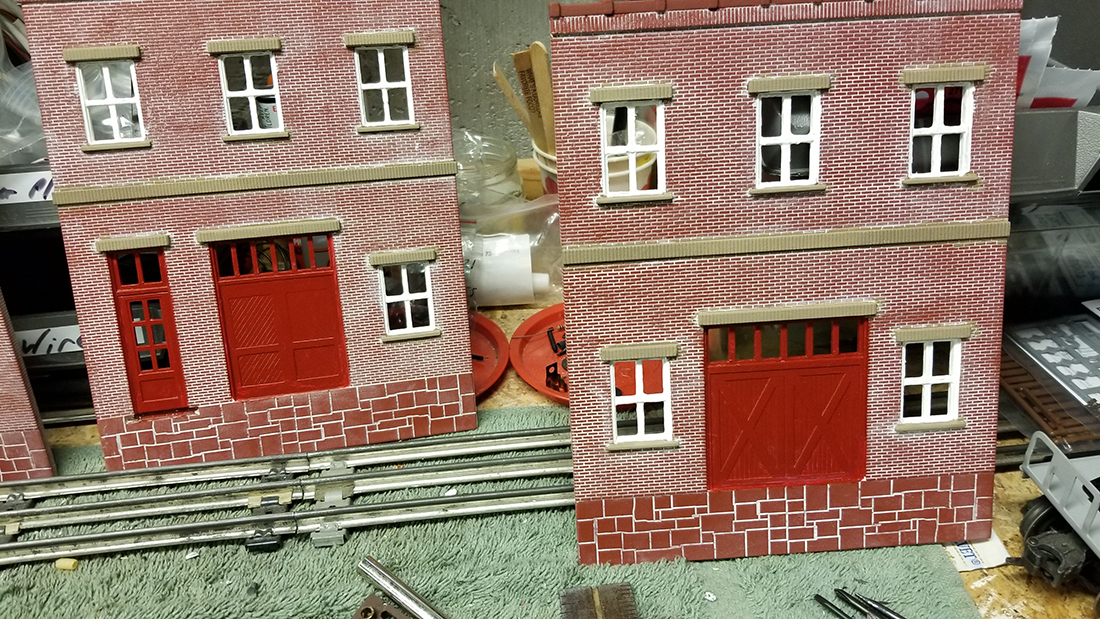 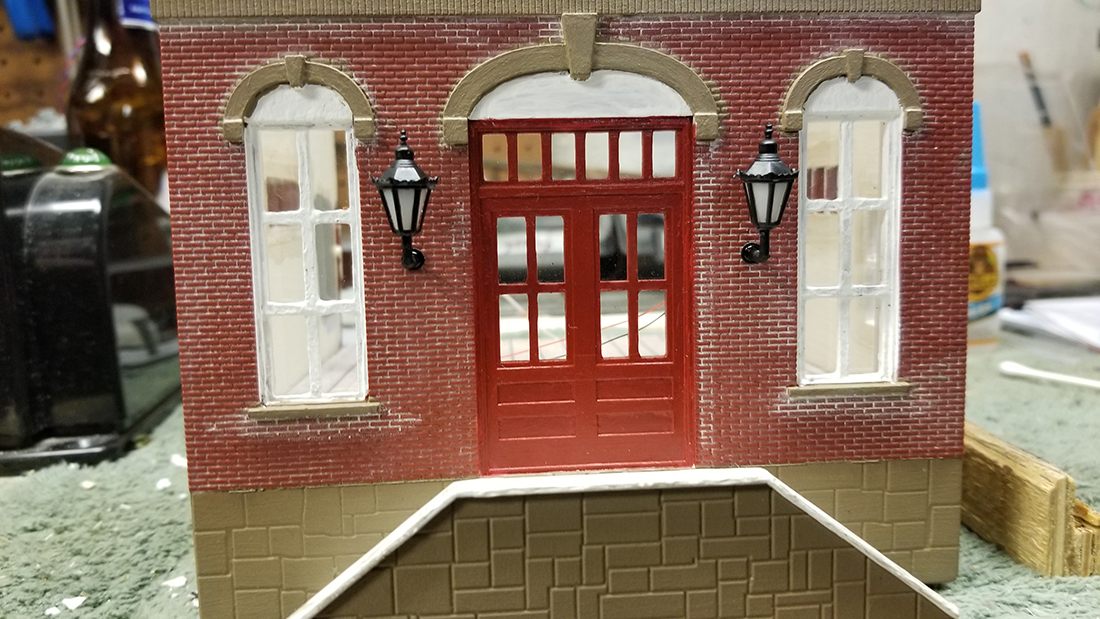 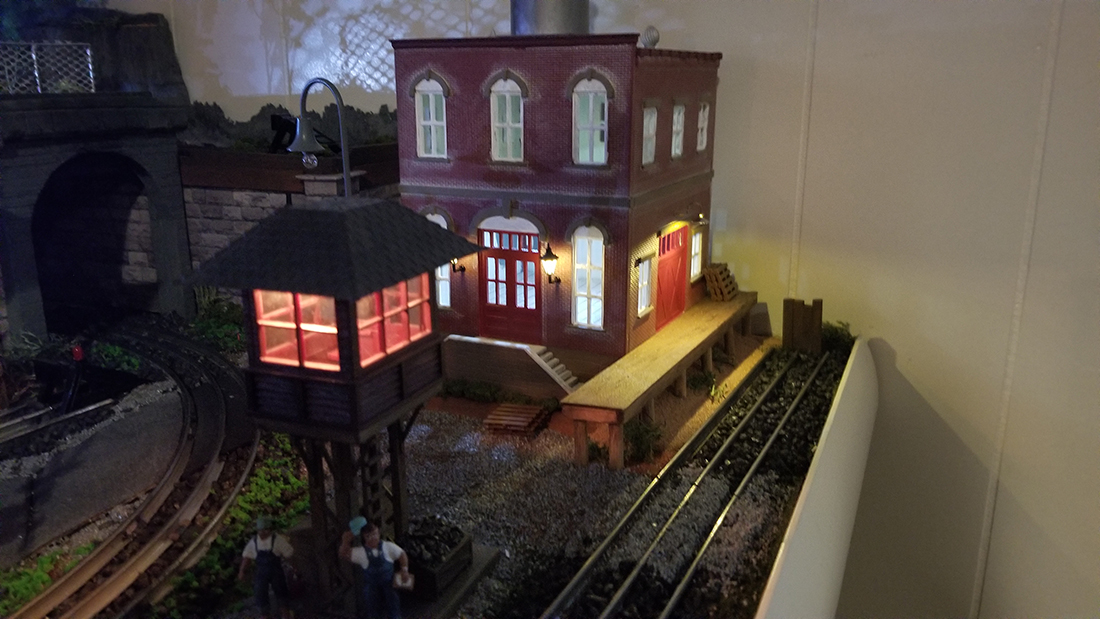 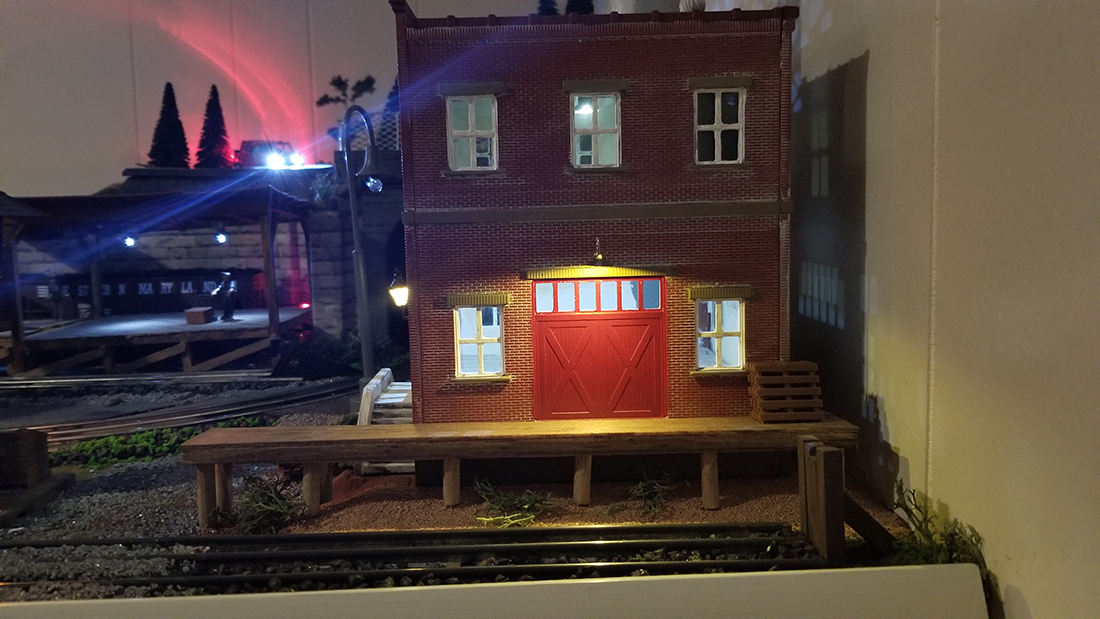 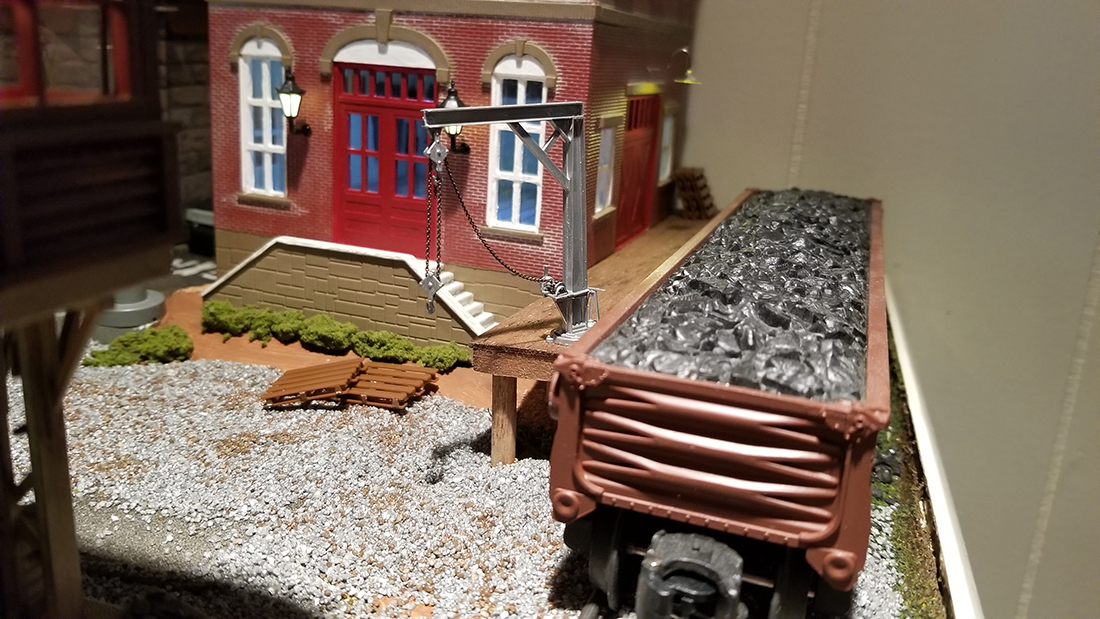 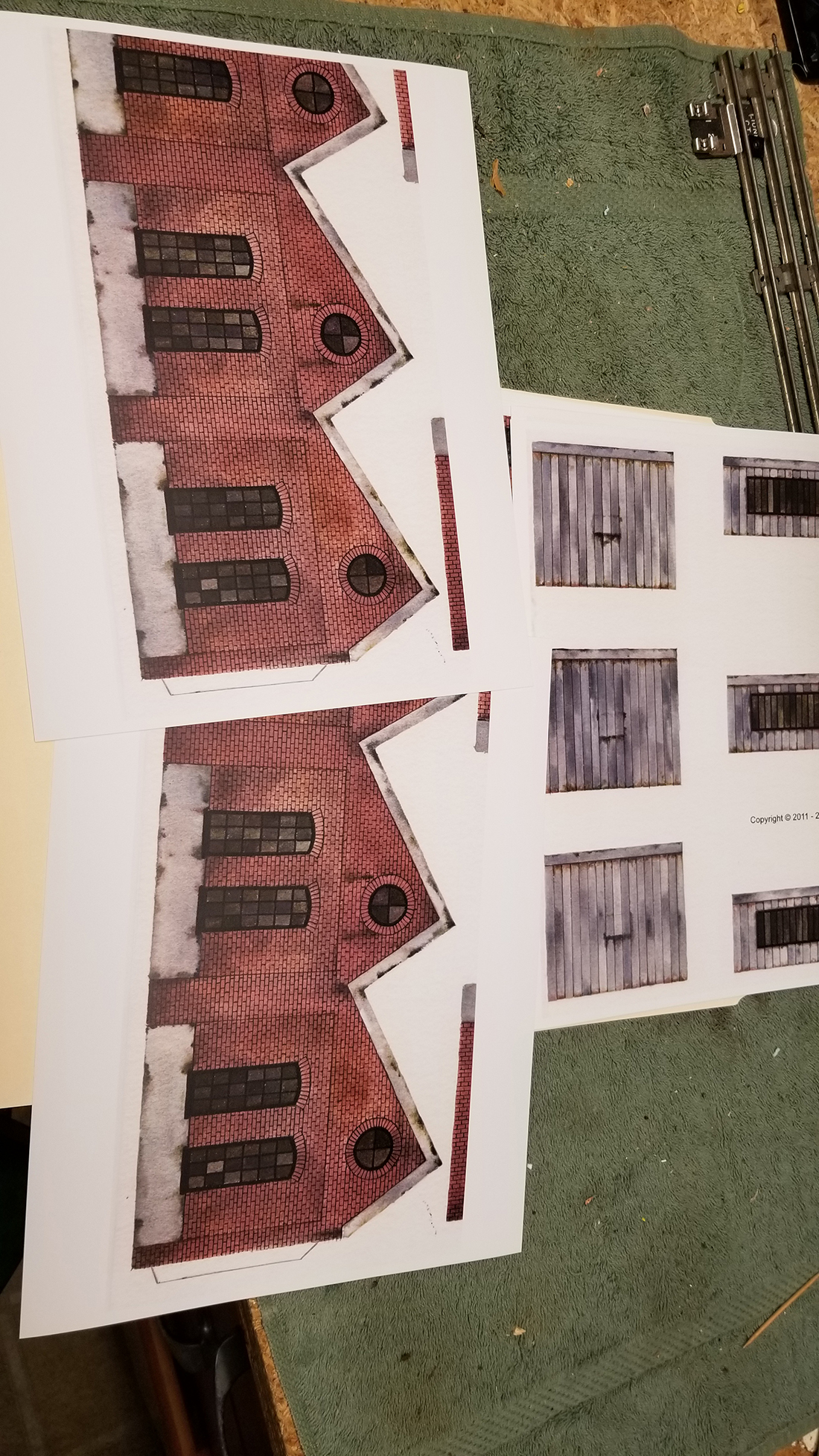 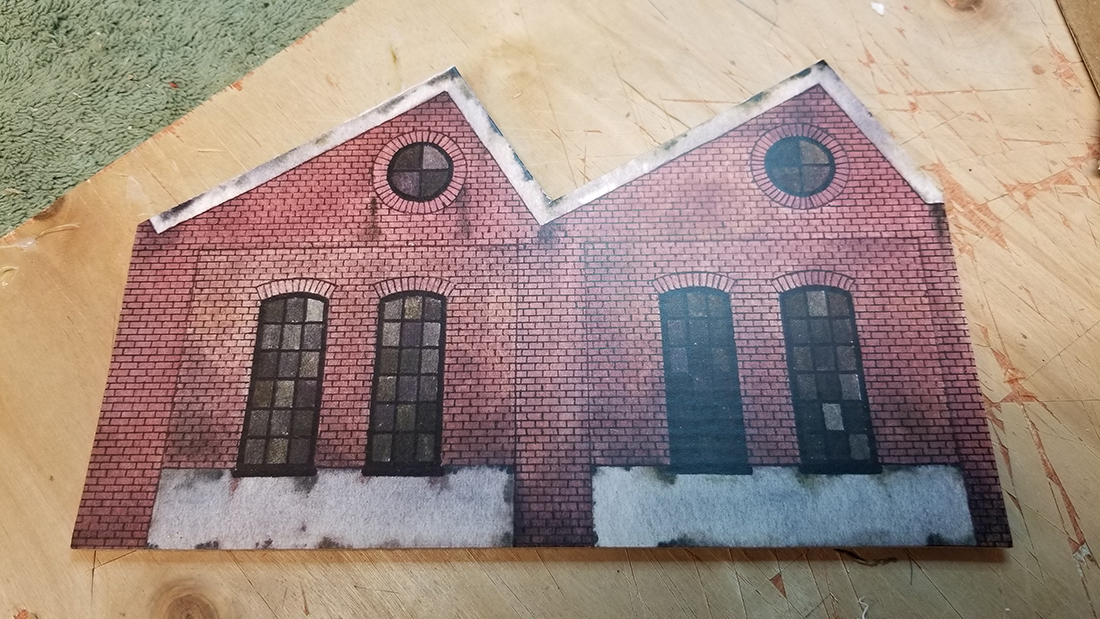 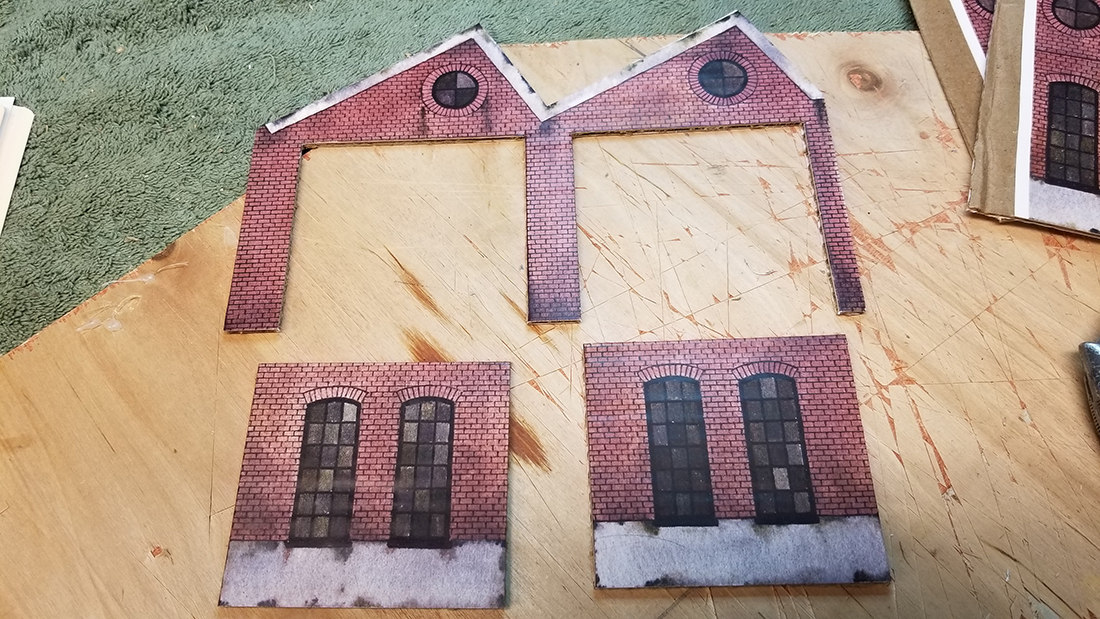 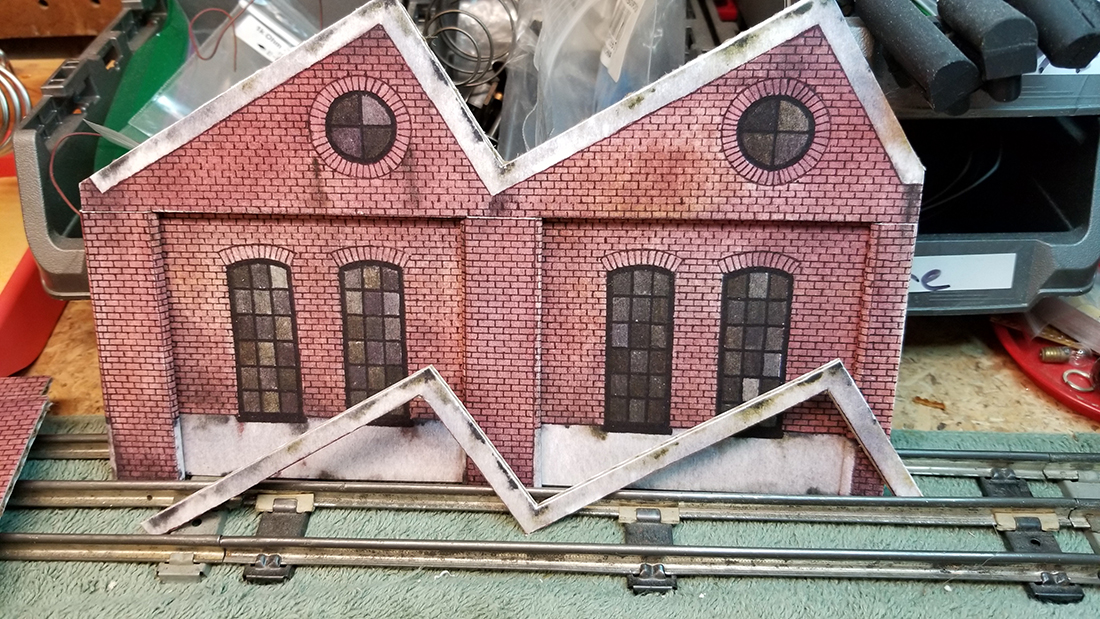 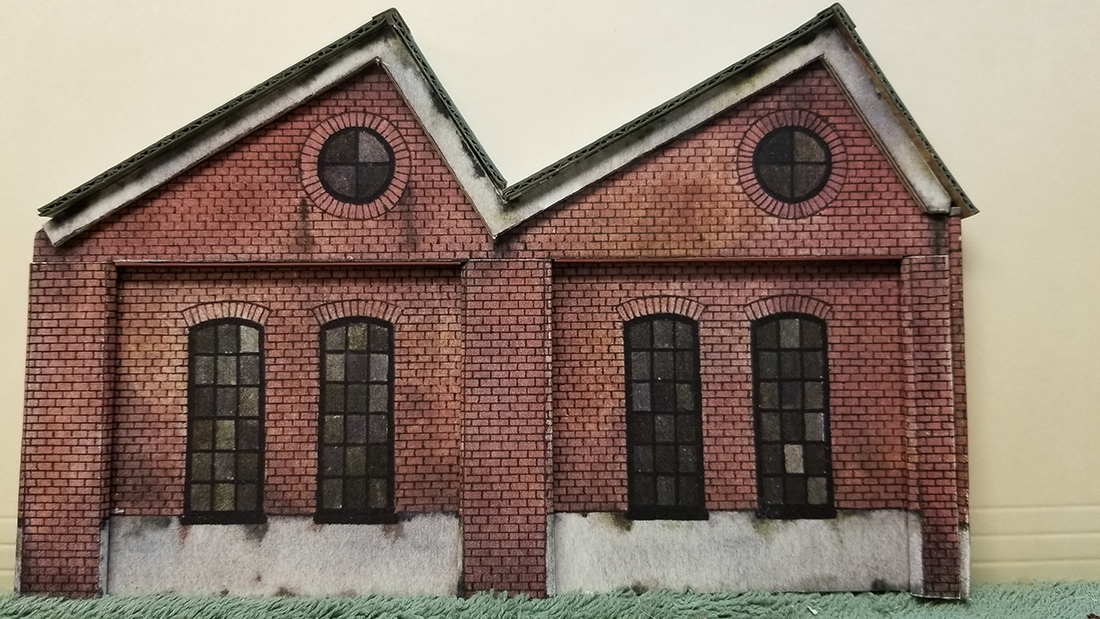 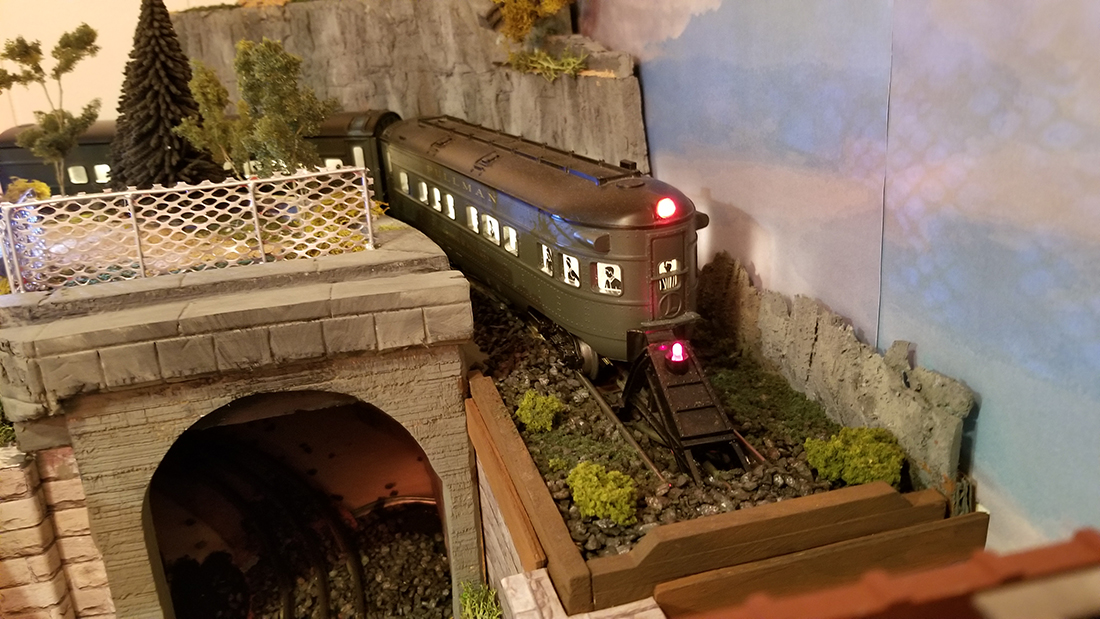 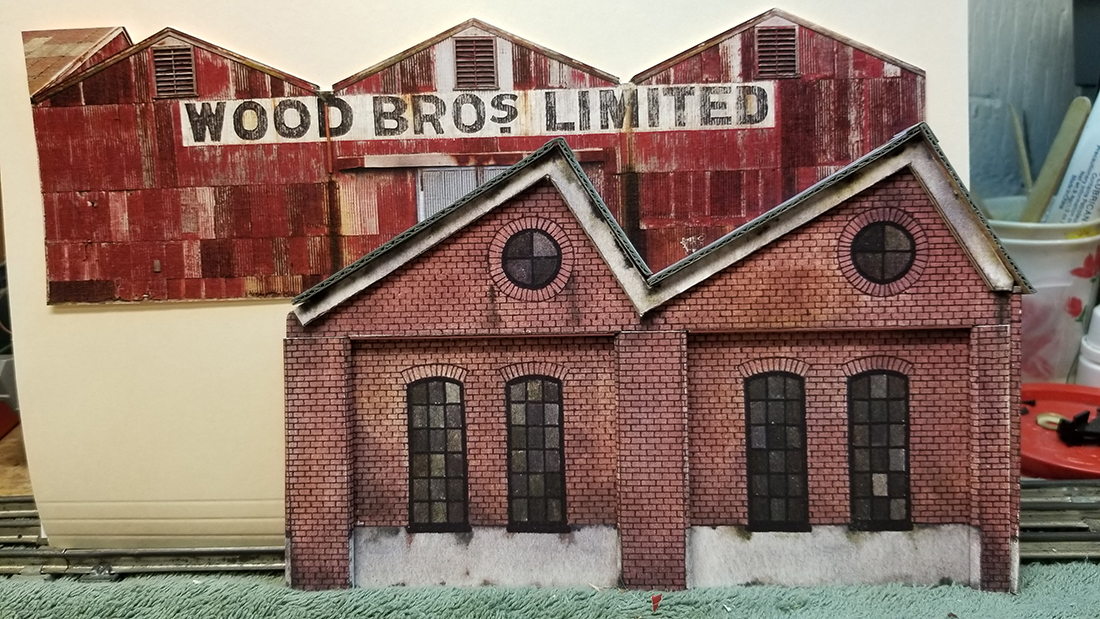 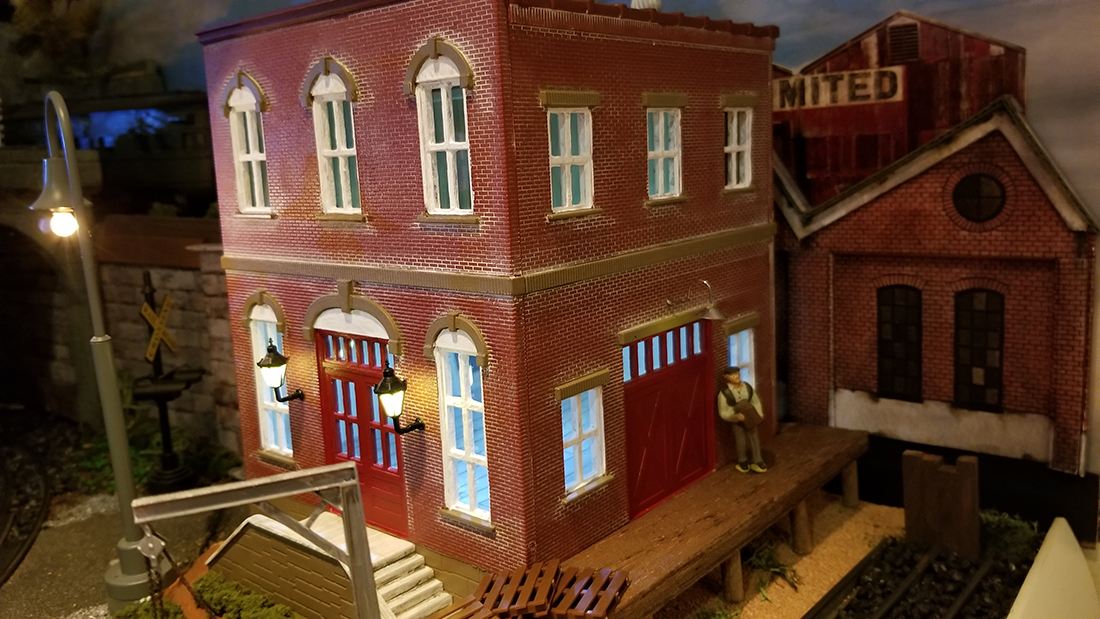 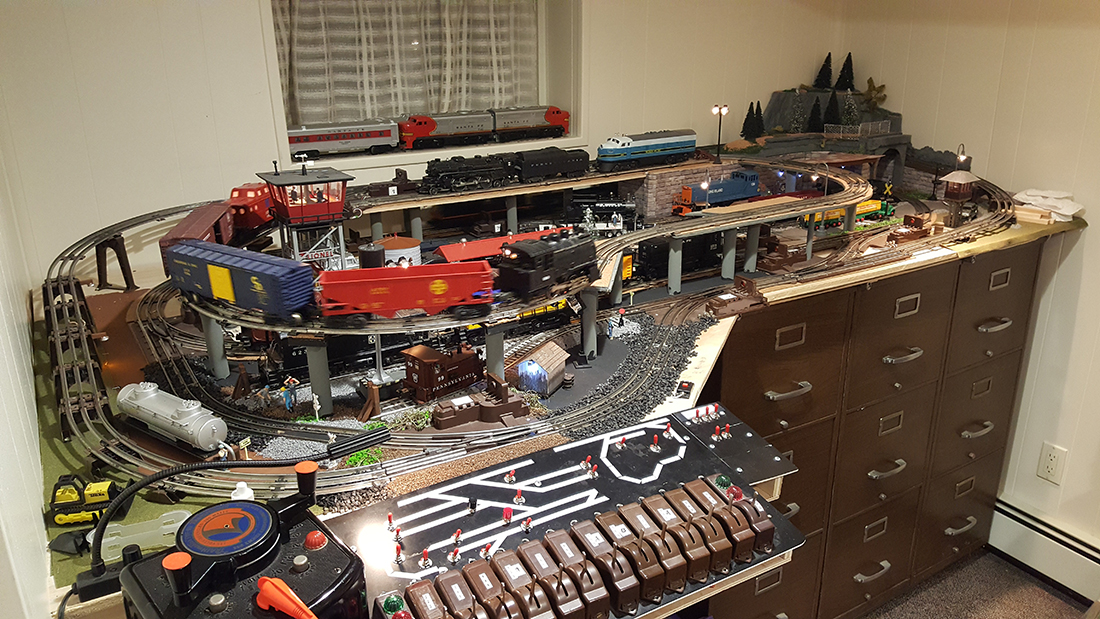 A huge thanks to Rob.

It’s another fine example of how getting your layout ‘just right’ is an endless task.

And don’t forget the Beginner’s Guide is here if you want to get going on your very own layout.