I know your fans like ideas on how to start model railroading so here are some photos that might start some ideas.

The plan shows an area where you can walk through shown in purple.

The blue lines show what happened and the new area for a turntable.

The main section has two main line tracks with a double crossover and the back had a siding from the bridge along the wall.

There were also two sidings that had short number four switches to the front but these will not accommodate large locomotives so the plan is to remove the sections and be able to turn the main section over and install number six switches and a track to the new turntable. This will require moving the switch machines and changing the section.

There are two photos taken long ago looking at the wiring under the control panel and under the main section where you can see the levers for the switching of the double crossover using only one switch machine.

The main idea was to have the return track be hoisted to the ceiling so you can walk through the area when the layout was not being used. The other parts of the modules would not move.

You can see the modular section taken out ready for the changes. The figure eight layout was once my main track and it was totally raised to the ceiling when not in use. Once it was abandoned you can see the photo of the old table resting against the fence where it was cut up and fed to the fireplace.

To make this I used a boat winch any hardware store sells. The winch wraps around a small spool so I made a wooden spool and cut it in half to mount it on the steel shaft and glued it together again so it would give a larger diameter for the fifty pound steel fishing line I used to crank the layout up and down.

Building it was not hard as each line went around the spool through a set of home made pulleys and then attached to the layout section at the lowered height. I made sections about four feet long and did a section at a time. I used steel loops you can buy and the fish line was secured by pinching copper tube a quarter inch long using diagonal cutters.

I like the modular idea as often you can see it at train shows where the layouts are brought in pieces to the shows. I could never be able to flip up a section to change it if it was all attached to a ten foot train table. Possibly this might help some people fit a table where they could not see possibilities before.

I started this hobby in the fifties where Gordon Varney kept telling everyone that model railroading was fun. It is. 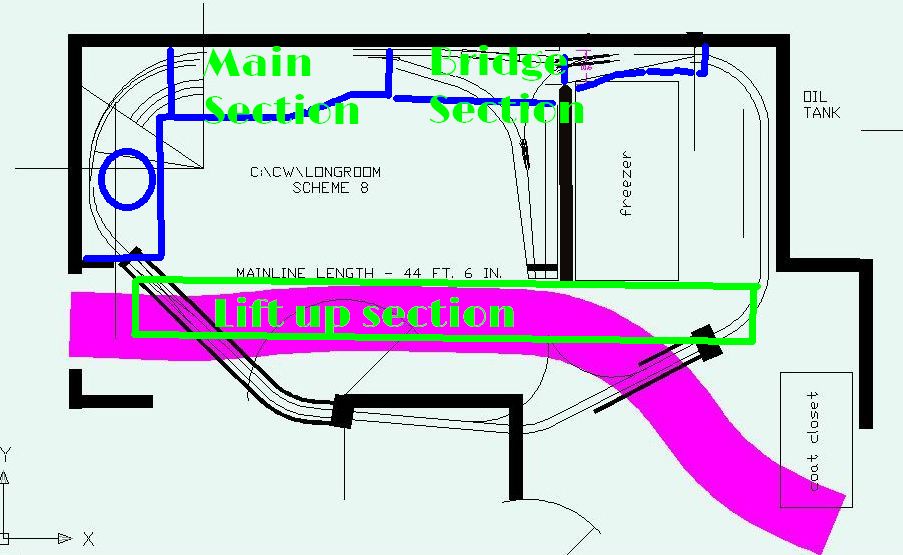 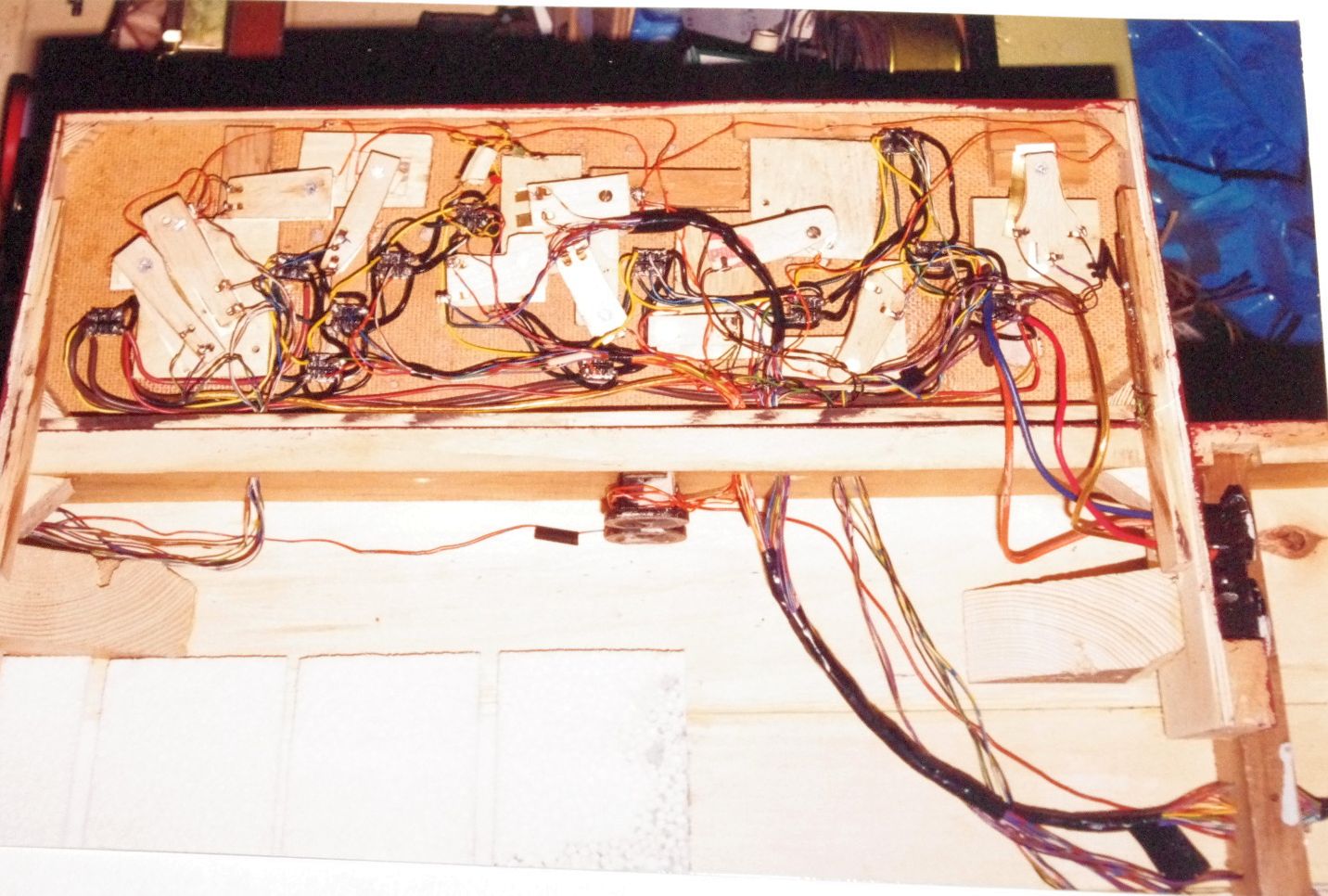 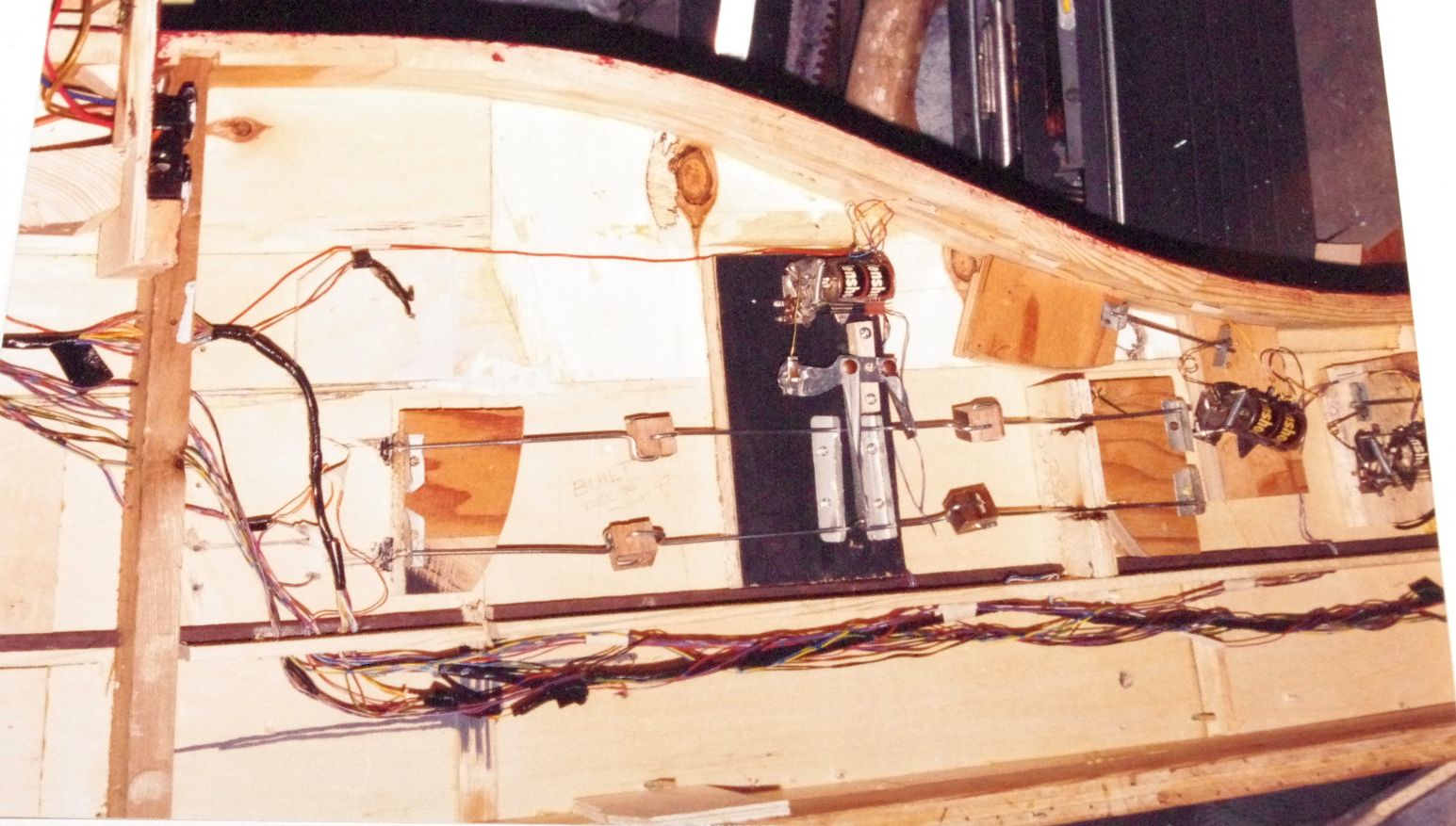 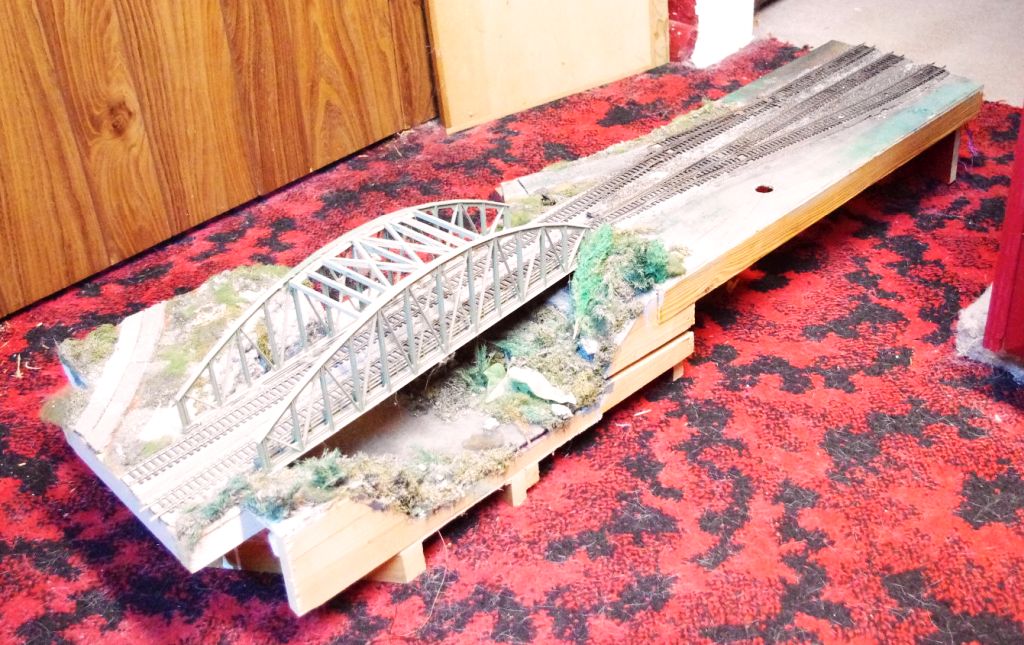 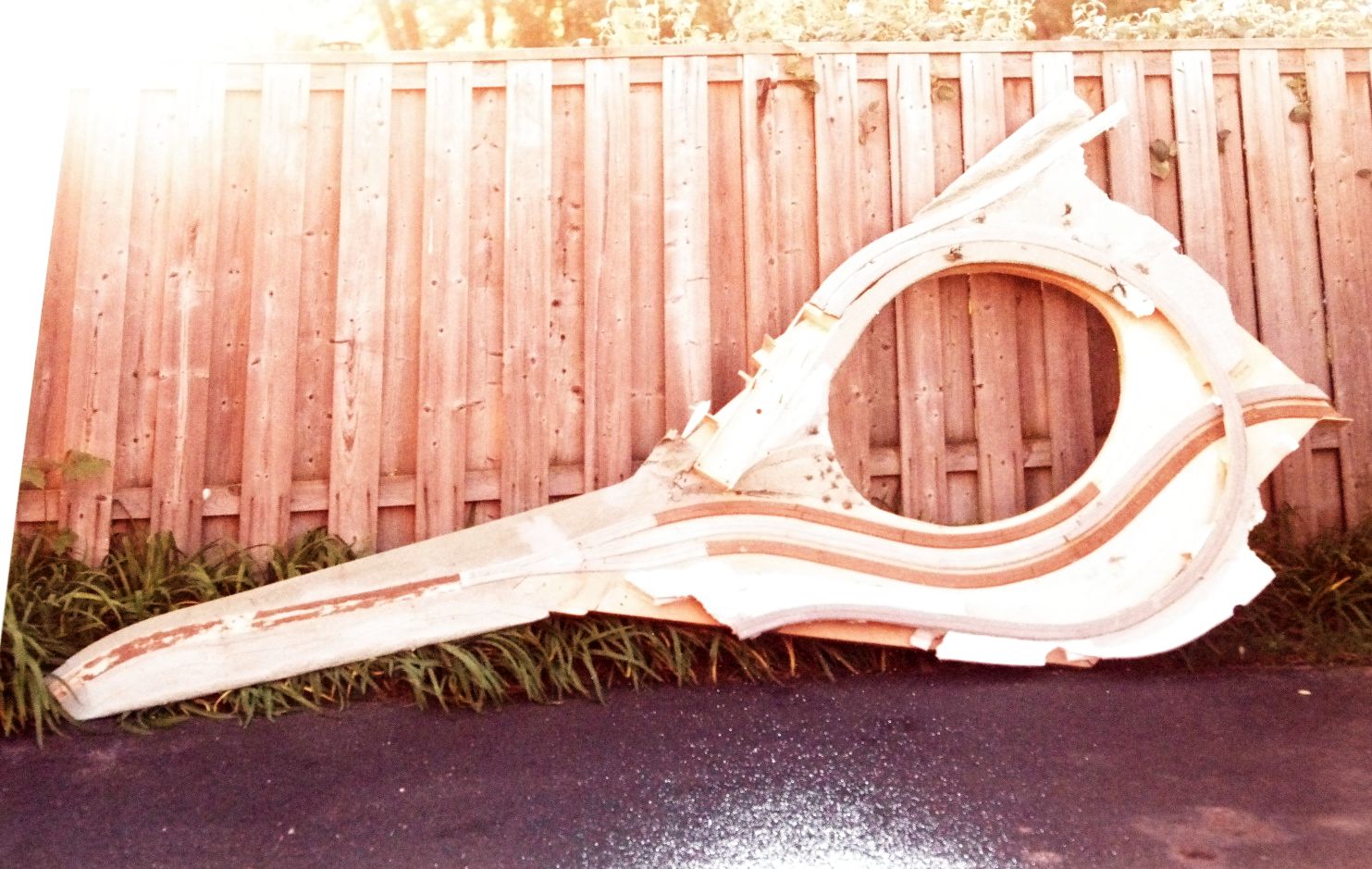 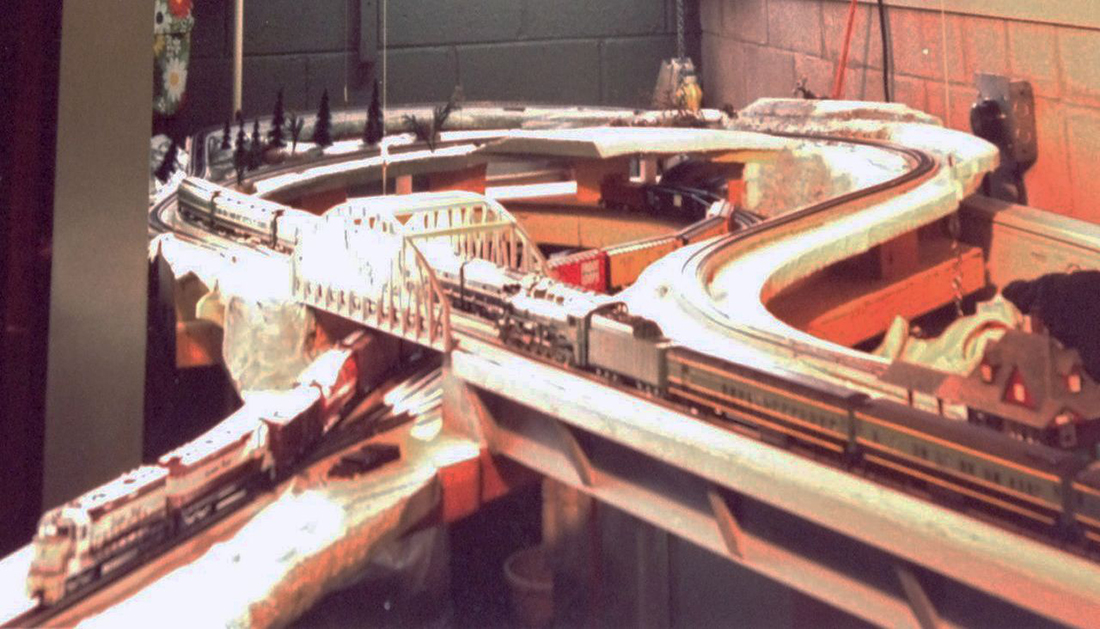 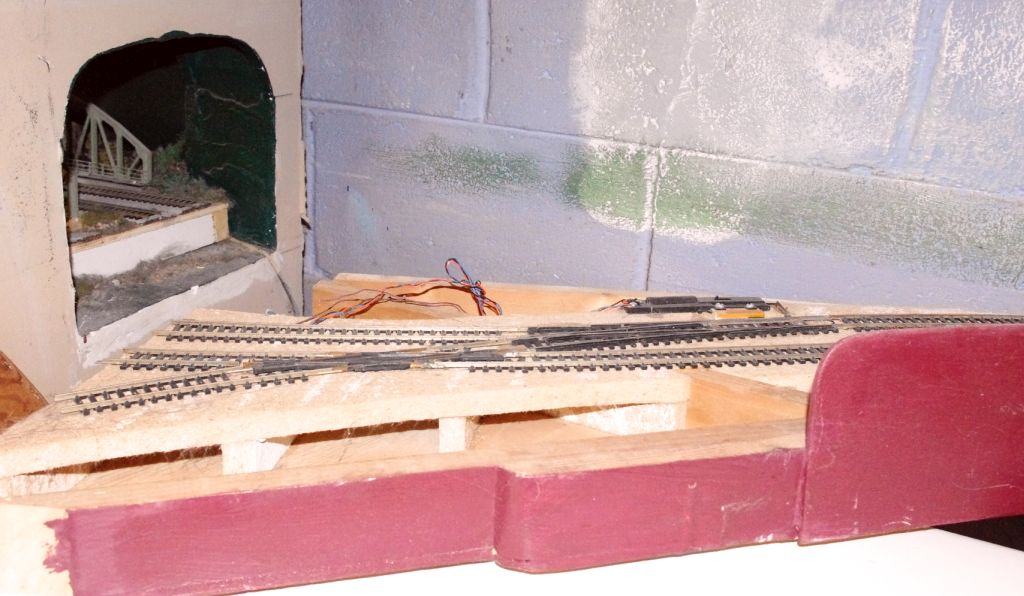 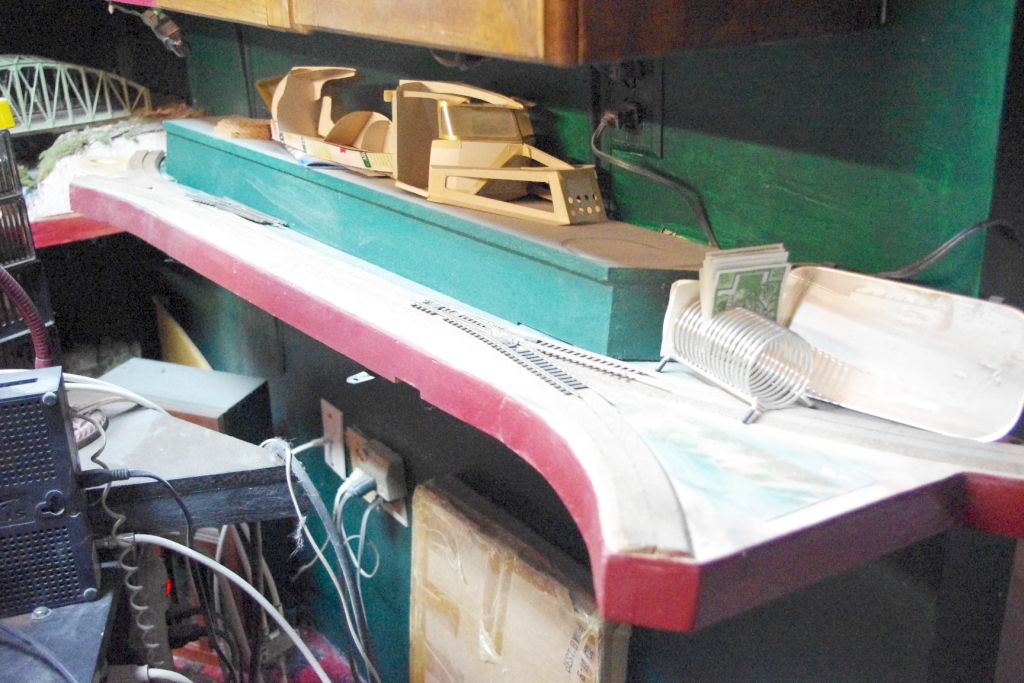 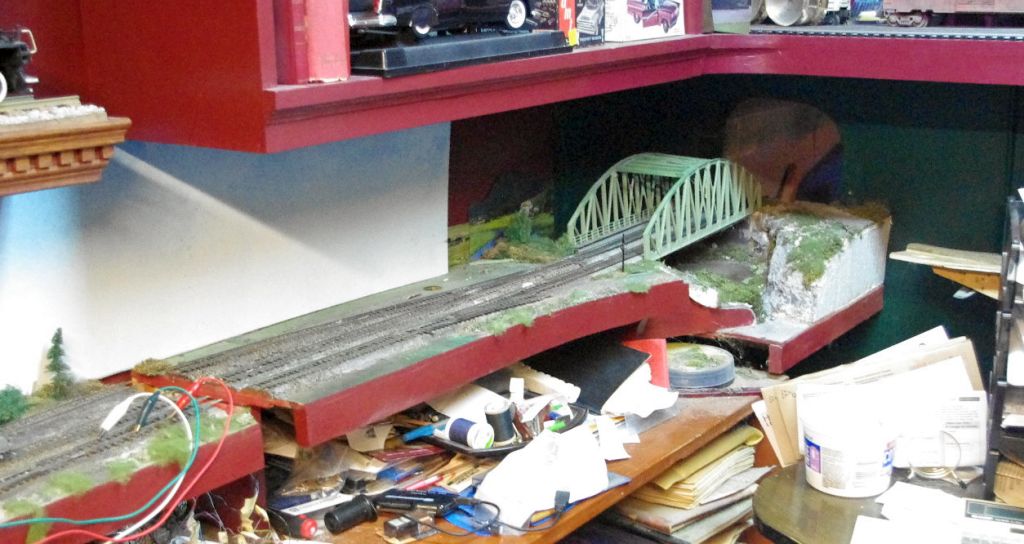 Some wise words from Bob.

He looks like he’s been having a lot of fun with his trains over the years too. Great stuff.

I’m all for publishing half finished layout – becuase it gets the point across that unless you start, nothing happens.

Bob’s pictures made me think he’s started and finished a hundred times. Loved seeing his set up on the video too.

Now on to Guenter.

The pics he’s sent in look quite old because I suspect they probably are.

But it’s still a fine layout:

It is a freelance layout depicting features from Southwest Germany.

One feature is a model of the grandfather of all freestanding towers. It was built in 1954 on a mountain outside of Stuttgart. It is 211 Meters high. The top of the model is made entirely from brass. The transmitter tower is made from 1.6 mm brass angle, cut to length and painstakingly soldered to form the mast. Scale of the tower is 1:200, normal scale of 1:87 wouldn’t have fit in my basement.

Track and rolling stock are from Märklin.

I hope you and your viewers enjoy the pictures 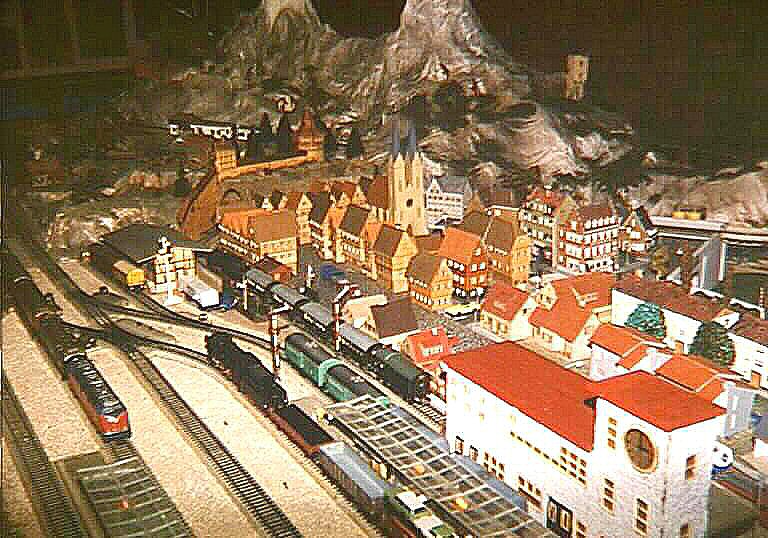 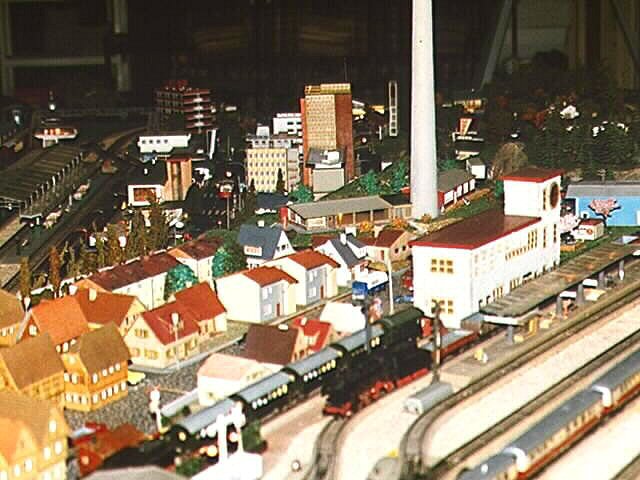 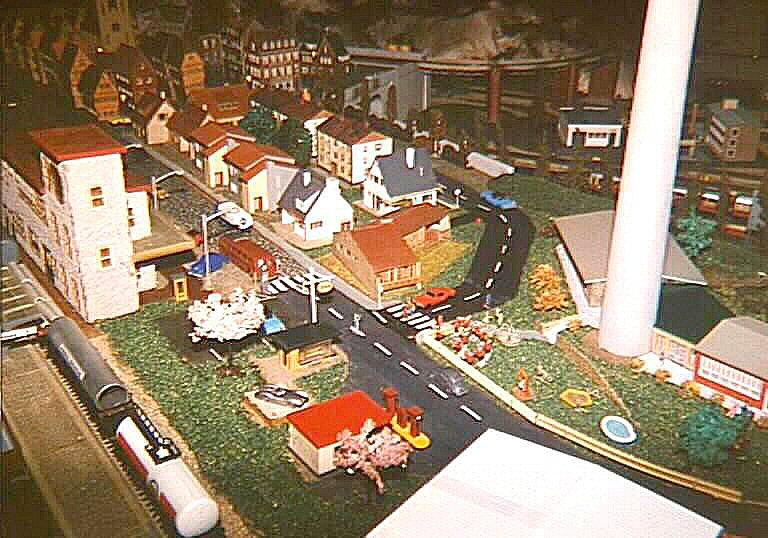 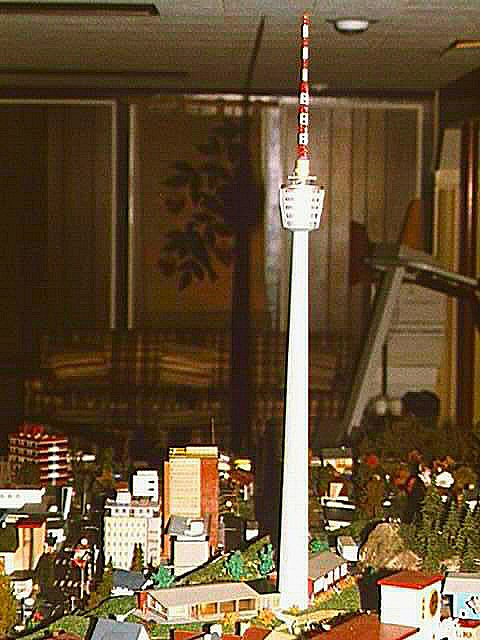 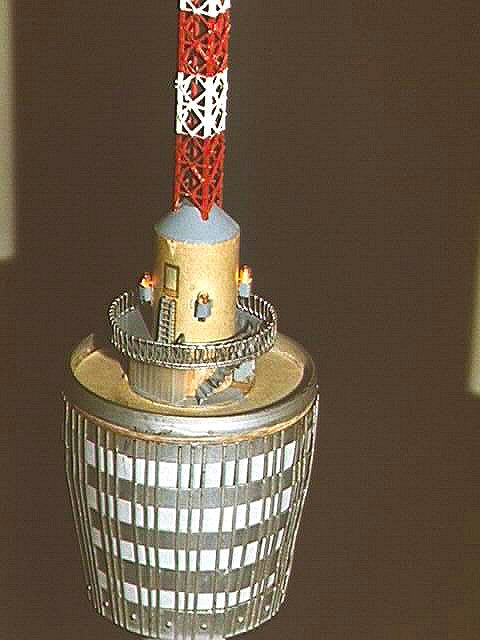 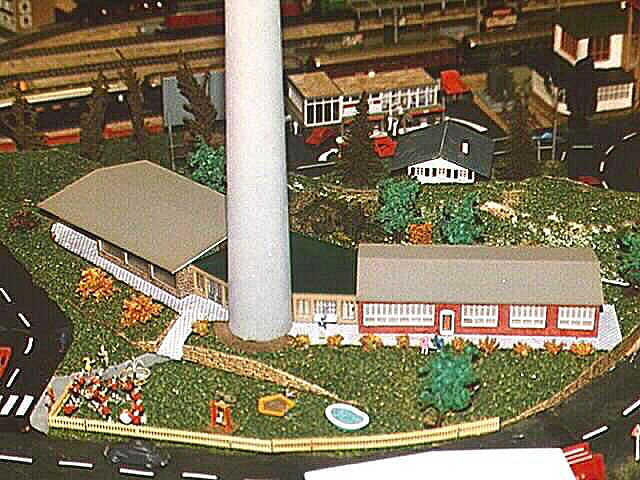 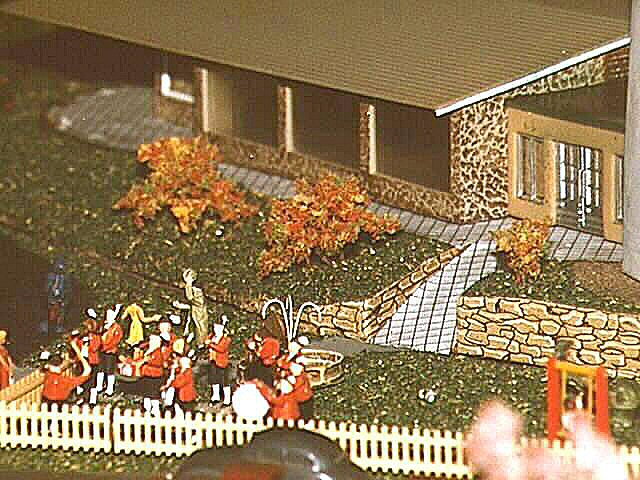 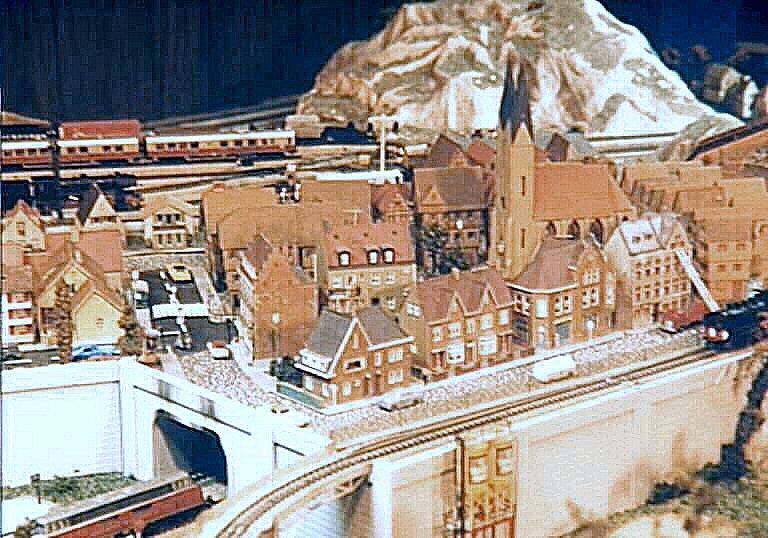 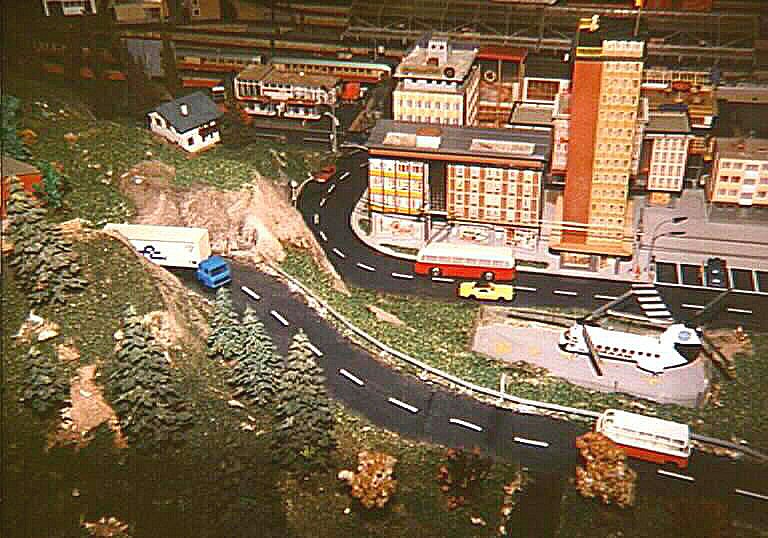 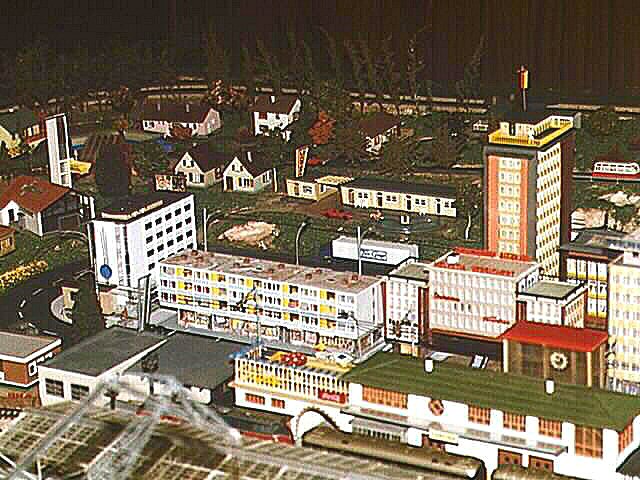 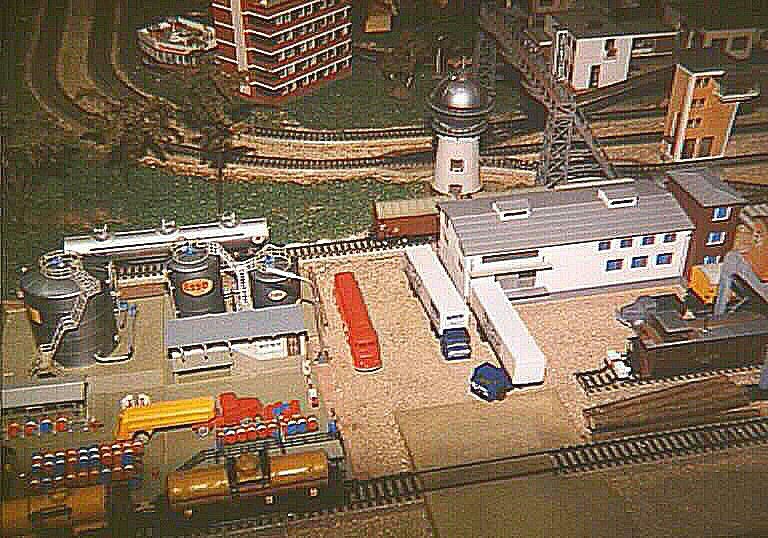 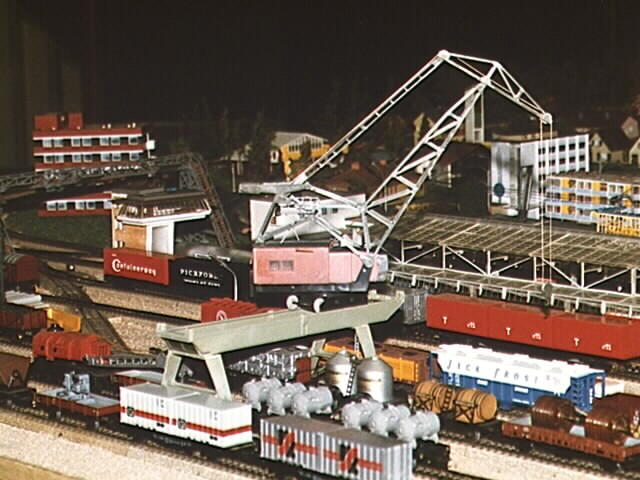 And if you want to make your start today, the Beginner’s Guide is here.