Denny’s been in touch with some pics that look very similar to the HO scale barn kit (scroll down to see it).

I found a picturesque old red barn less than a mile west of I-25 between Denver & Fort Collins, Colorado.

I wandered around trying to find the right angle & light for photos and I was astounded to find an old wooden boxcar with metal waffle ends incorporated into the barn & animal pens.

Perhaps this will inspire us to use our old boxcars for more than hobo camps & yard offices. 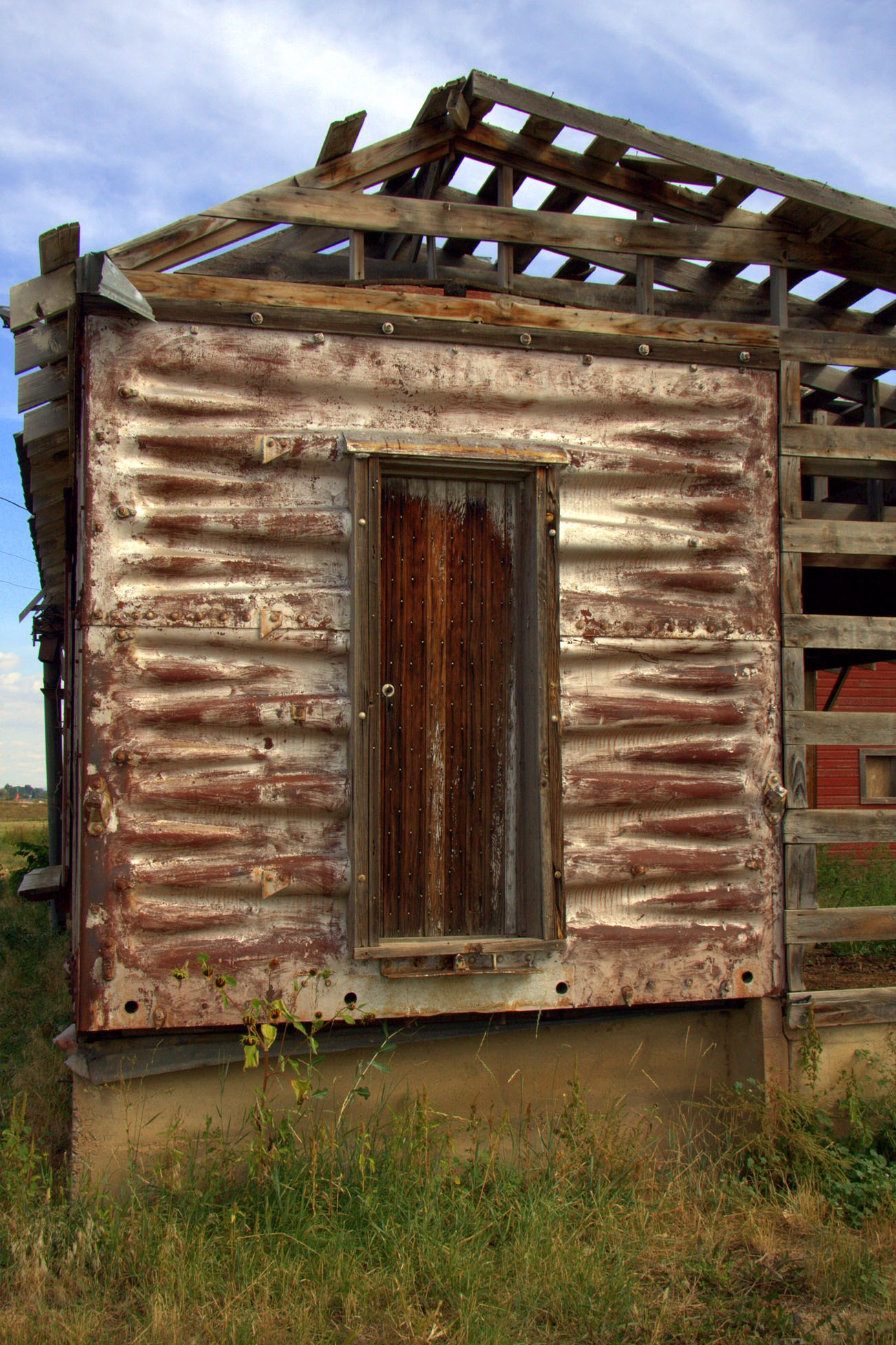 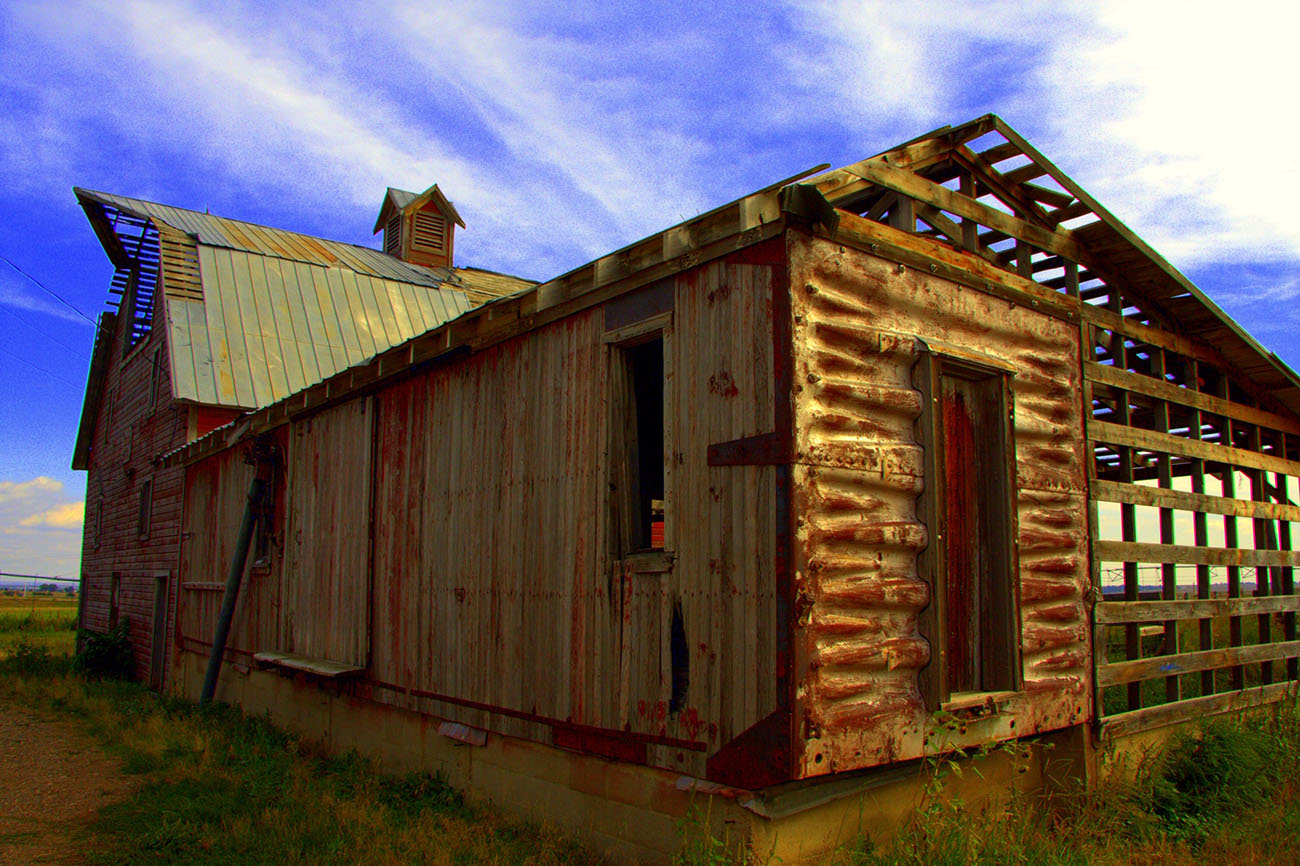 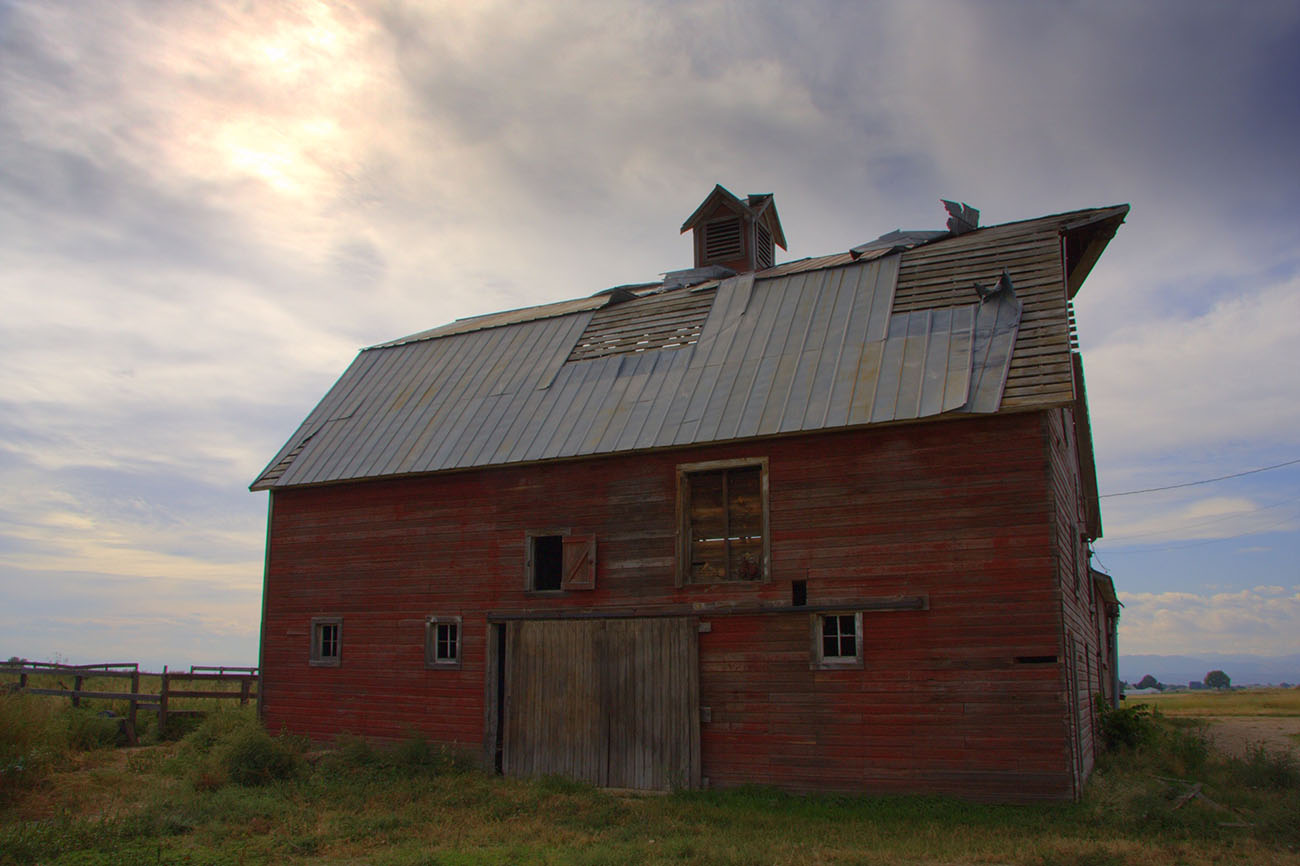 Denny’s pics really reminded me of the HO scale barn kit in the printable scenery store – have a look, it’s here.

It’s not just HO scale, it’s any scale you want the barn to be by adjusting the print percentages, which you can see here in the printable buildings.

Now on to Hank, who has sent in his oldish youtube, but a wonderful write up.

It was the very last line that made me think I really should post:

“I received my first set of trains for Christmas when I was 5 years old. Every Christmas my parents would add more to my collection. My brothers and I would save our allowances to purchase accessories.

When I went to high school I lost interest in the trains until my daughter was born.

I set up a small display around the Christmas tree for my daughter to watch. I was shocked when the landlord complained of the noise from the trains and told me to stop immediately.

After that initial shock, I told my wife that we are moving out and buying our own house so I can freely run all the trains that I wanted.

Each year I would set up a display until my daughters lost interest.

Five years after my first wife passed away at a young age, I set up a display at my new girlfriend’s house. She encouraged me to work on the layout together. We had so much fun working as a team.

She had a big dance floor in her basement where we used to do Latin dances every night. Eventually, I asked her if Icould have a 12 by 14 L shape area to run my trains which she agreed. After 3 months, I dismantled the layout and built a new one that I was able to run simultaneously four sets of trains. My girlfriend loved doing the wiring and that gave me time to devote on designing the
layout.

We decided to get married, sell her house, and move into mine. I built two new rooms, a music room to accommodate her baby grand piano, and 15 X 22 room for my trains. Little did I realize that the train room would become a ping pong room after allowing her to design the rooms.


I ended up using part of our recreation room for the trains. I built a 12 ft by 18 ft layout where I was able to run 8 sets of trains. My wife helped install an “accident scene” with crashed cars, ambulance, and police cars.

With her small delicate hands and her surgical kit, she was able to open the vehicles and put the LED lights and wires inside. A challenging feat that I could not
have tackled!

My greatest joy is designing and building the layout. The satisfaction I derive of its success is worth the effort. Since then, I have constructed four levels. The bottom level has a subway system and three trains operate on the level. The main level has three trains running and one set of tracks where the train can reverse itself. The third level has two sets of trains running.

From the beginning to where we are now, I have switched from Lionel engines to MTH engines. I use four (4) Z4000 and two (2) Z1000 transformers. The lights are controlled by 1 Lionel
transformer.

The journey we take in designing and redesigning a personal train layout is endless, as we train enthusiasts know!

A big thanks to Denny and Hank (the last line in his narrative says it all).

Remember, it’s the start that stops most people…