I’ve enjoyed receiving all the e-mails of other members railway layouts, the hints and tips I’ve picked up have been really useful.

The layout I’m creating is for my 13 year old son, though I started it when he was 10!

My husband helped make the baseboard for it, but that’s as far as his creative skills went, the rest has been designed and constructed by myself aided by a list of what my son wanted to be included in the layout. Namely, a viaduct, a modern suspension bridge, as many tunnels as we could fit in, a girder bridge, a level crossing, farm houses and most importantly all the coal mine buildings which his Grandparents had bought him one Christmas.

During construction, I found Lego had is uses, it came in very handy in supporting the track in places!

The viaduct was made from scratch from Wills plastic sheets, it has a plywood core and the plastic sheets were stuck to the plywood.

There are two tunnels and an incline, on which I have tested all engines and they all manage the slope easily pulling both wagons and coaches.

The tunnels were covered with ‘Modroc’ and the rocky sides were made with plaster of paris rock and strata moulds which I’m really pleased with.

The station and platform are both Metcalfe card models, as are the farm houses. The little signal box was a free Metcalfe model that came with a magazine.

It is still work in progress, but at least the end is now in sight. 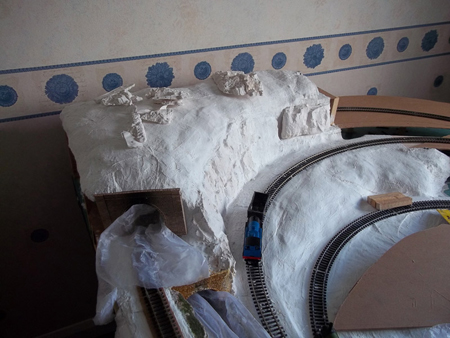 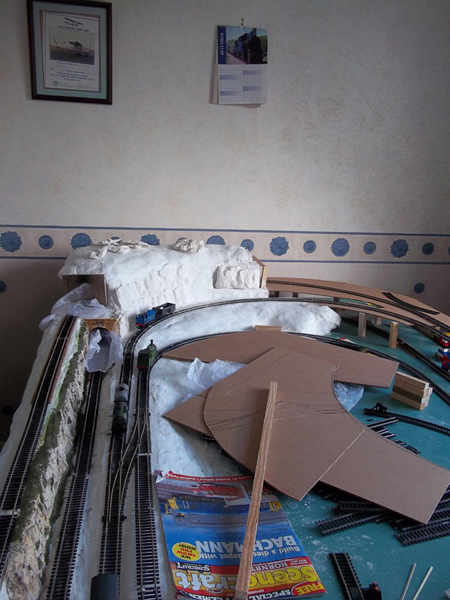 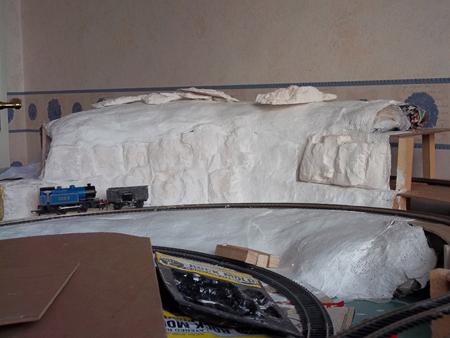 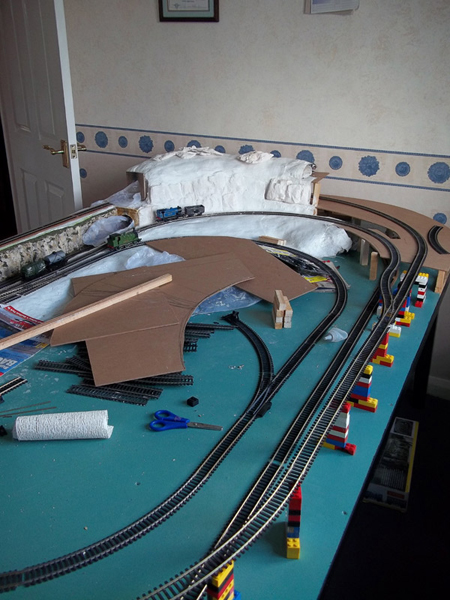 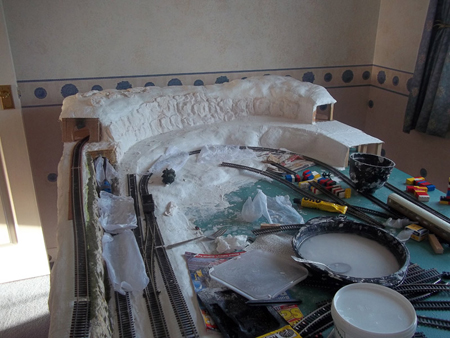 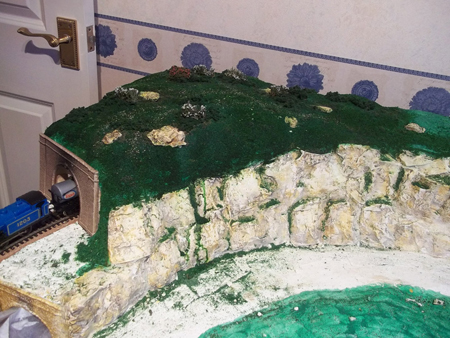 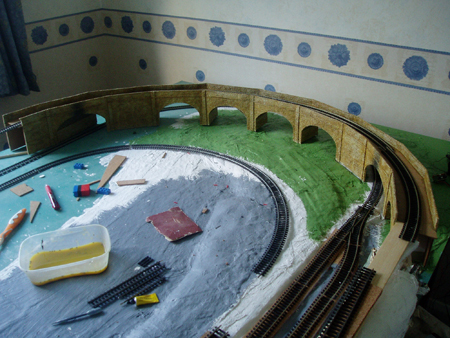 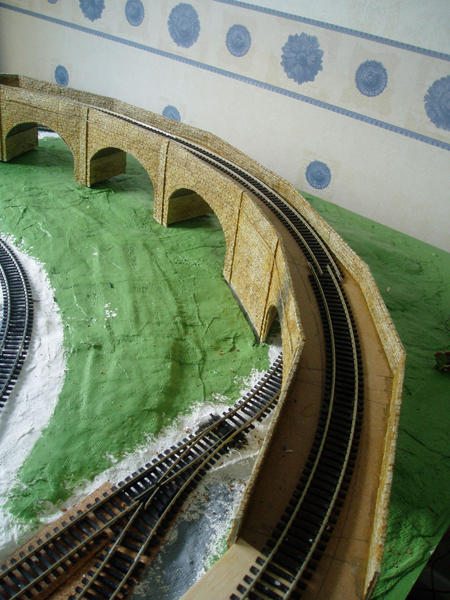 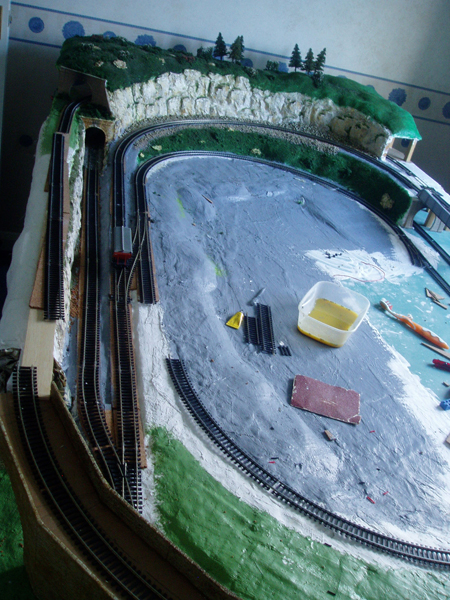 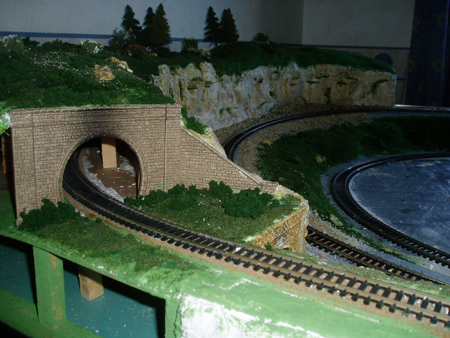 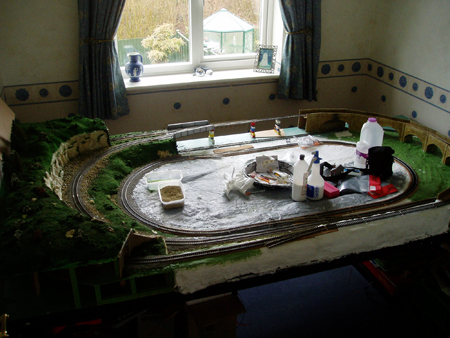 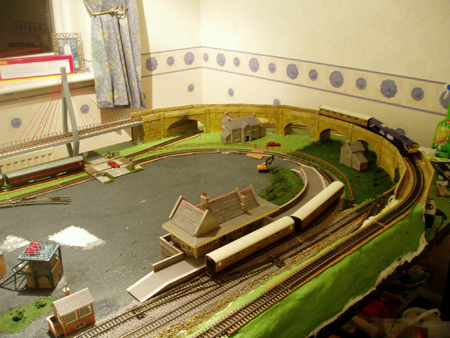 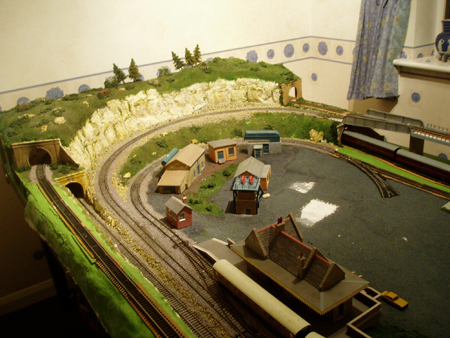 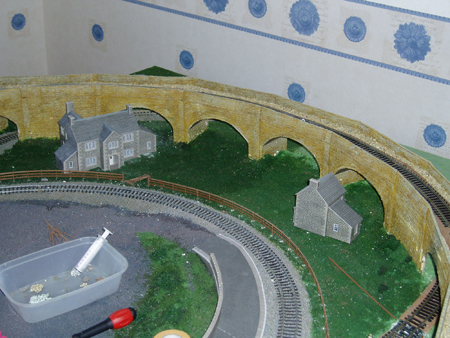 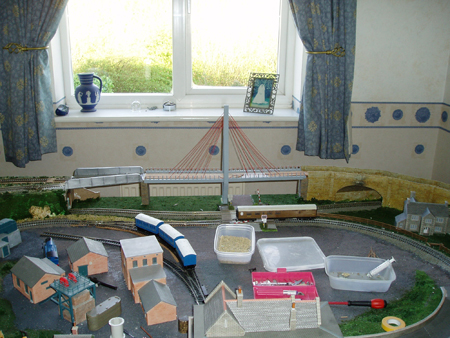 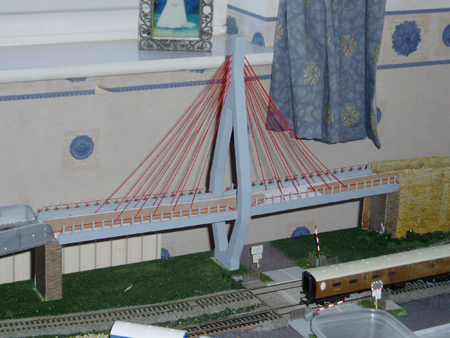 I think Caroline has done an excellent job for her son. Three years in the making too! If there’s one thing this site demonstrates, is that layouts take forever, and they are never finished…

Don’t forget to check out the latest ebay cheat sheet.