Cassio is a man of new words, but I think it’s a language barrier more than anything else:

I take the liberty of sending photo of the construction of my lauout.

I hope you enjoy. 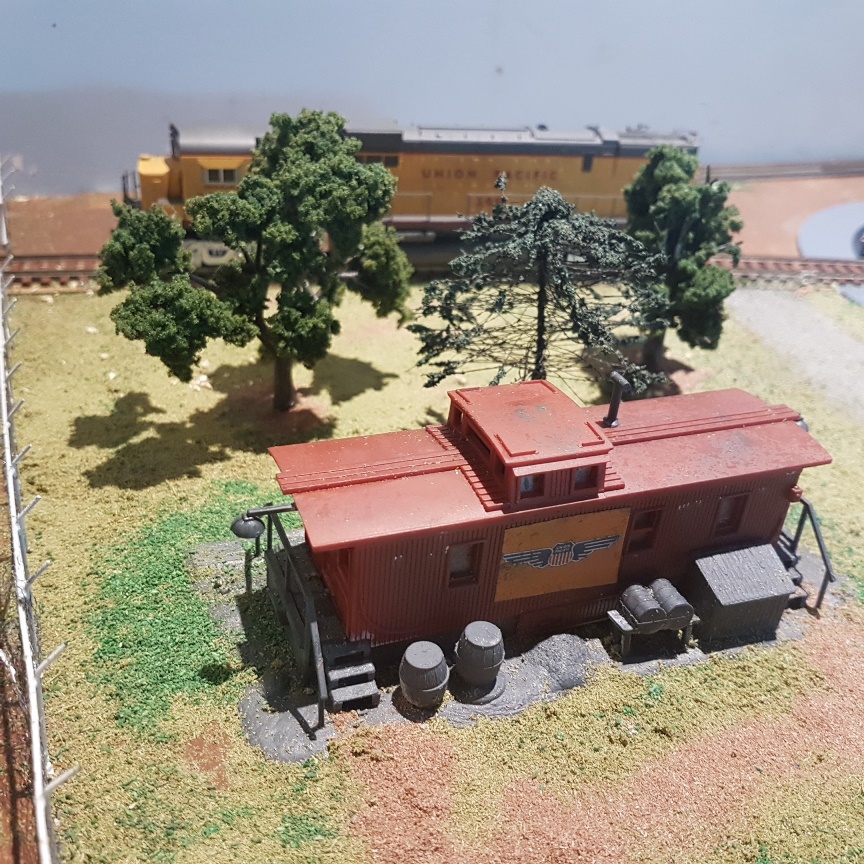 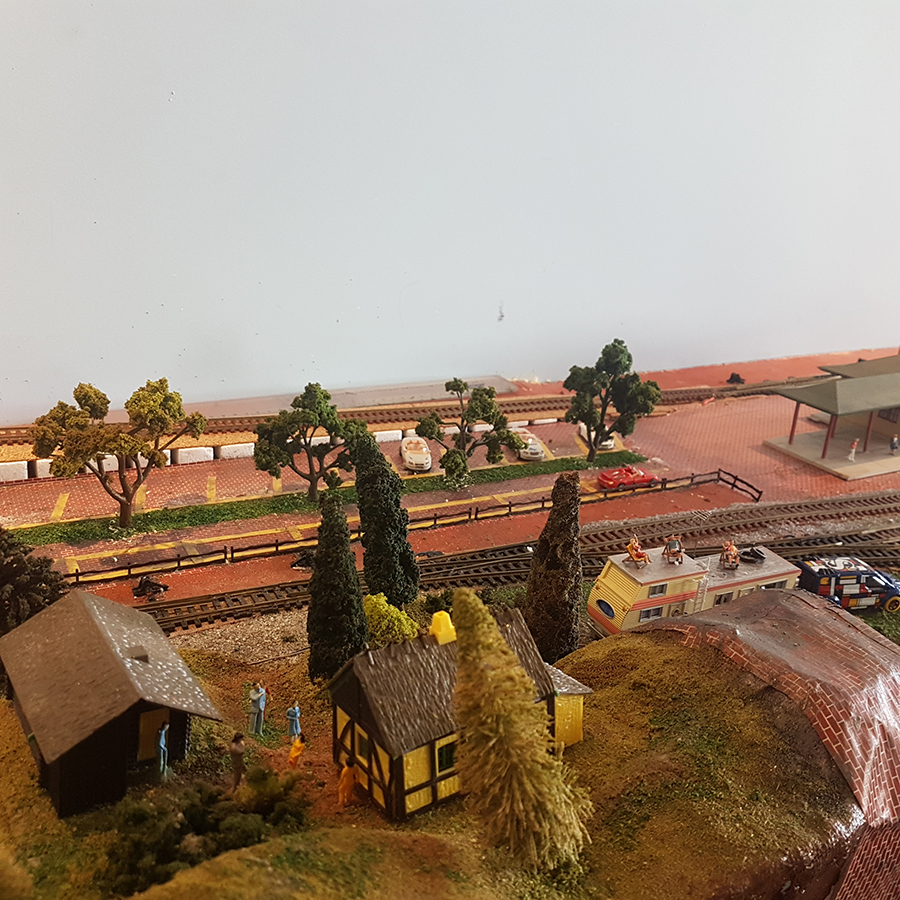 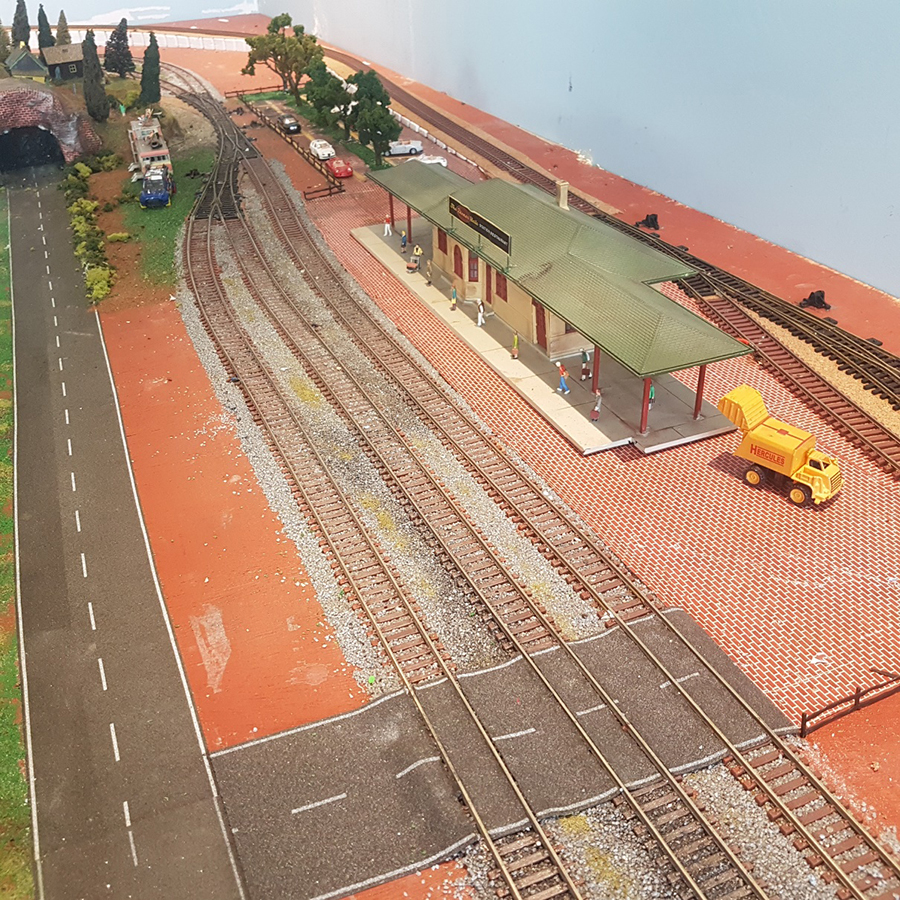 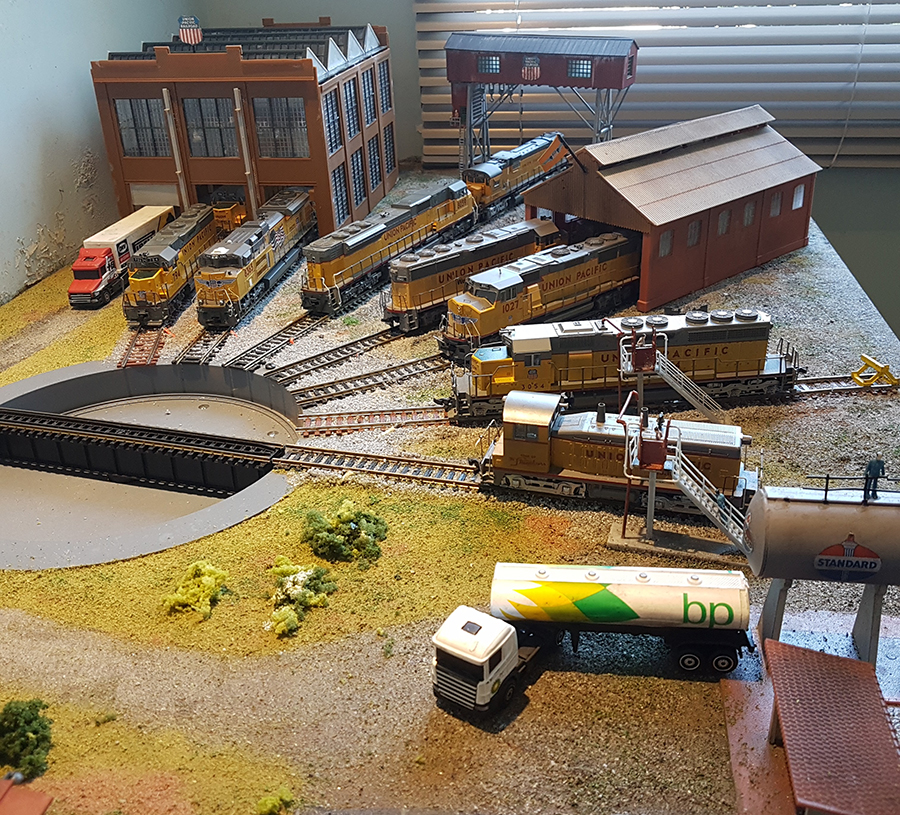 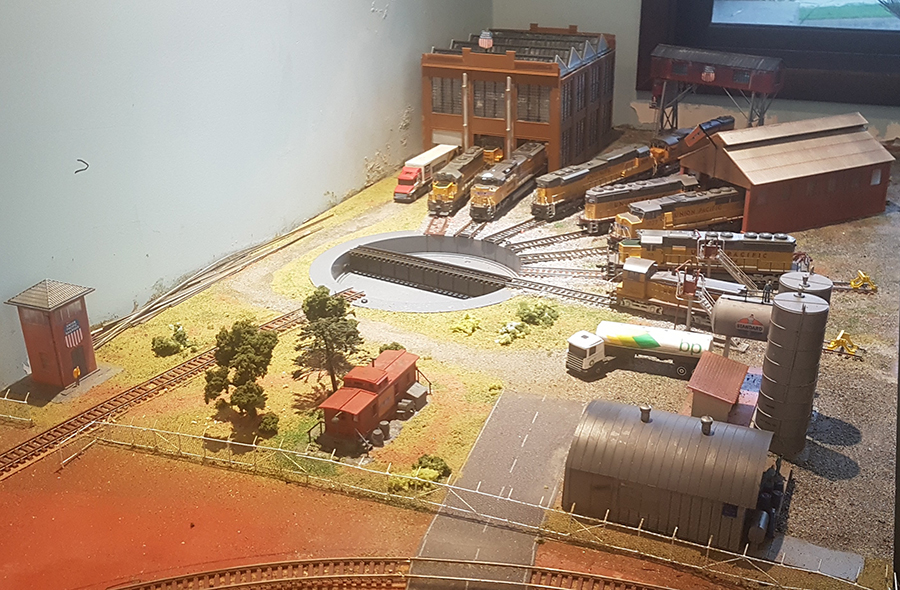 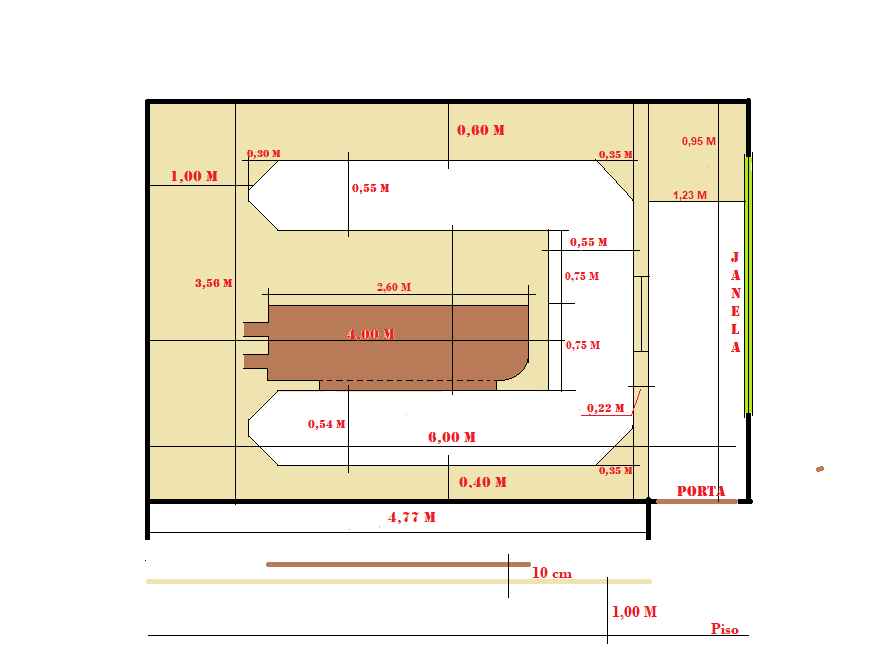 Today I am officially 74. I made a short video of what I have been up to. I have a lot of fun for very little money as I have bought two Mantua 0-4-0 switcher engines, which are cheap to buy. One is plastic and has a headlight in the center of the boiler and the other is older, made of metal, specifically zamac which casts to a mold beautifully for full detail.

I have too many engines as I tried to get one of each class and my objective was to be able to pull them out and display them on a turntable but that never happened. DCC units cost about eighty dollars each so thirty engines makes it too expensive so I use the old straight direct current and design my tracks to cope with the limitations. With two throttles and a seven foot table running two engines can be demanding.

The metal 0-4-0 has an added valve gear so that made the cost to acquire thirty dollars, three times the cost of the engines on eBay. Now the shipping costs at eBay are too much as I bought a brass baggage car recently for fifty dollars but the shipping and fake import duty cost more than double that.

Nearly 20 years ago, I had a company build this layout which was shaped to fit into a architectural niche in my then house.

After getting it in place & plugged in, it never functioned well from day 1.

You could clean the wheels of the locos, clean tracks etc. but there never seemed to be adequate power & would completely bog down in switch areas

It became more of a night light & conversation piece than anything else.

Ten years ago I retired & moved from my then house in Petaluma, Ca. to my now house here in Hot Springs, Arkansas.

I tried to sell the layout before leaving California for half of what I had invested, but no cigar. So, I had it crated & on the moving van it went.

It stayed in that crate in the garage here for about two years, until i was sick of it being there. Given its shape, I didn’t have a great place for it in this new house, but I had a cabinet maker build a base for it.

It’s now tucked into a corner of my game room at a height that is below my pool table.

It largely survived the transit & storage with just minor damage to a building or two, but as far as function, now it really doesn’t work. The transfer station is balky & nearly dysfunctional. At least that part worked previous to the move.

So what to do?

If I knew how to fix it to a functional state, I would, but I’m old & not talented as a craftsperson.

I would invest more $ into it if doing so would be the answer. I see that there are way more sophisticated controllers available now than the transformers in use here, plus 5 pole locos & such.

If any of that would provide a fix, wonderful. Barring a fix, I’d be willing to sell it if it has any value as is…

Any advice, suggestions, would be appreciated. What I need is a traveling “Z” gauge tech, but those probably don’t exist… 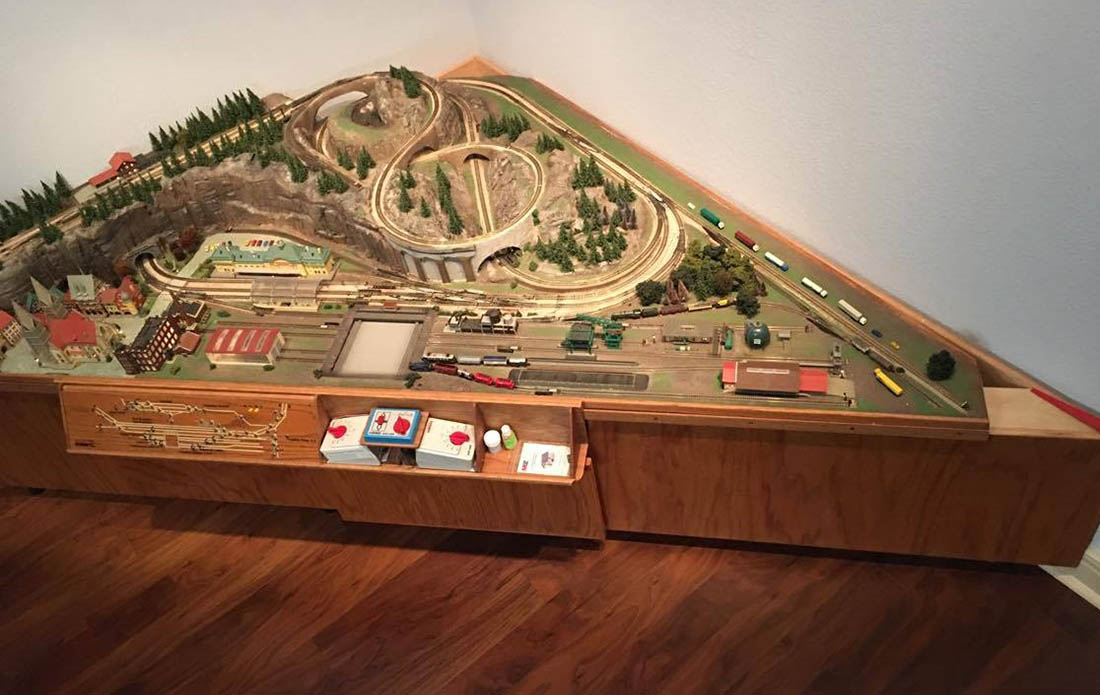 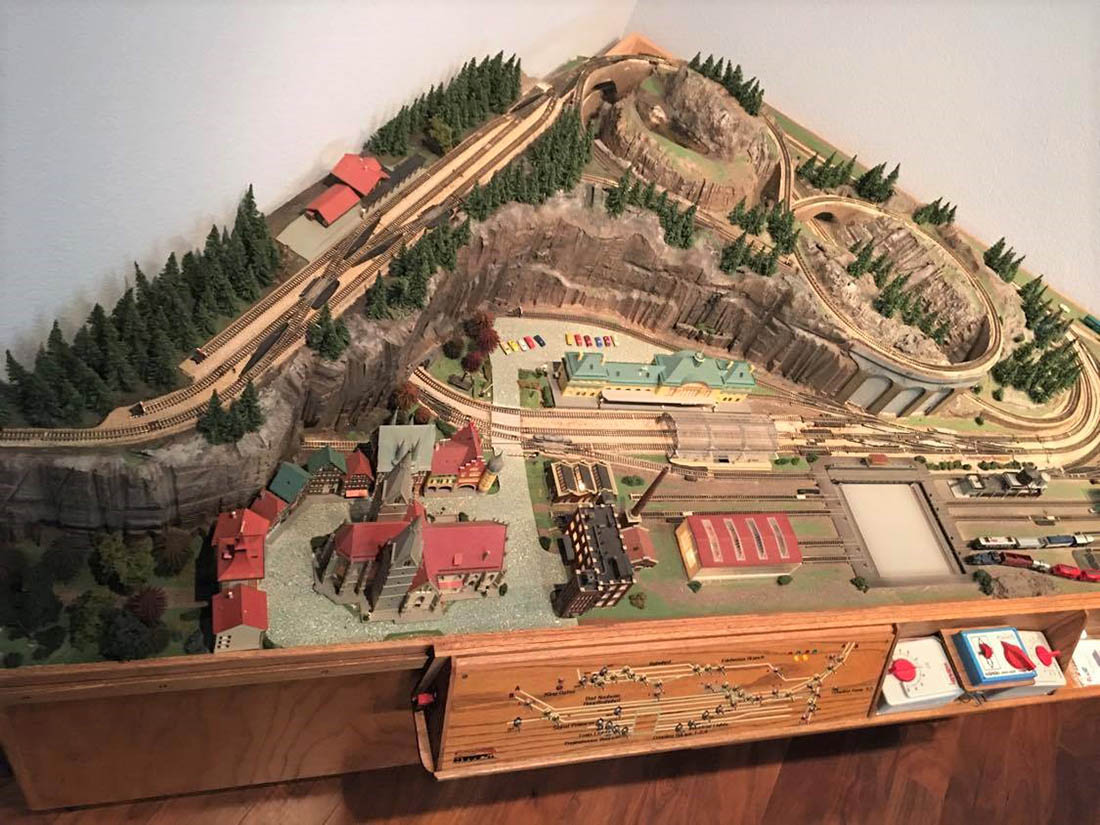 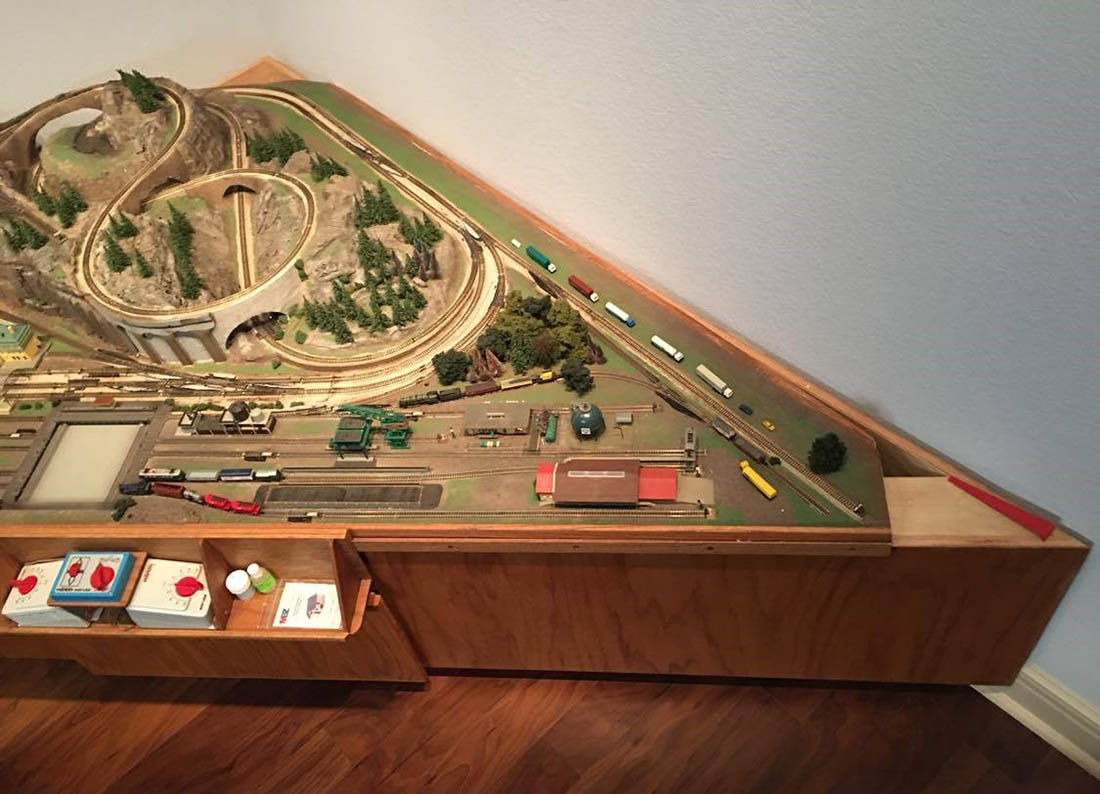 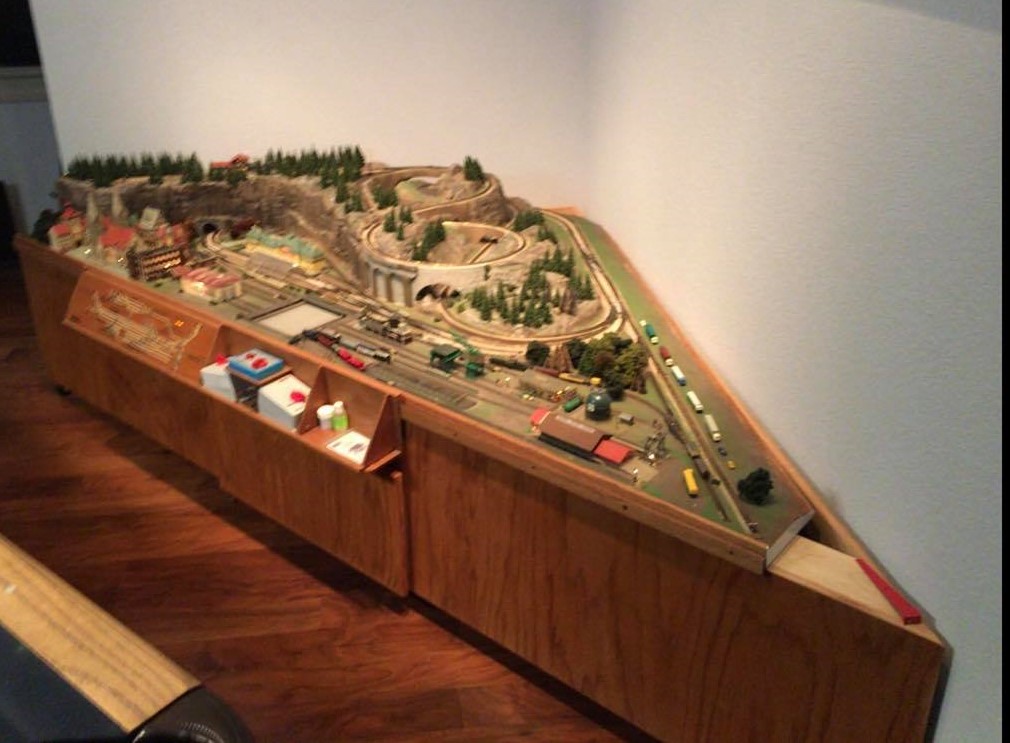 A big thank to Allan, Cassio and Bob.

What I liked about Cassio’s and Bob’s posts is how they are far from finishing, but both having fun along the way.

And as Bob’s layout shows, it’s certainly not a race. Course, I’m biased, but tinkering away on your layout is pleasant way to pass the time.

That’s all for today folks. And if Bob or Cassio have inspired you, the Beginner’s Guide is here. Why not make a start on yours today?

PS Who can help Alan?