I did listen to everyone’s suggestions and while putting in kayaks would not work due this being N scale, I did make the river deeper. and greener by adding more layers as I explained in How To I wrote. Here are some pictures of new river. 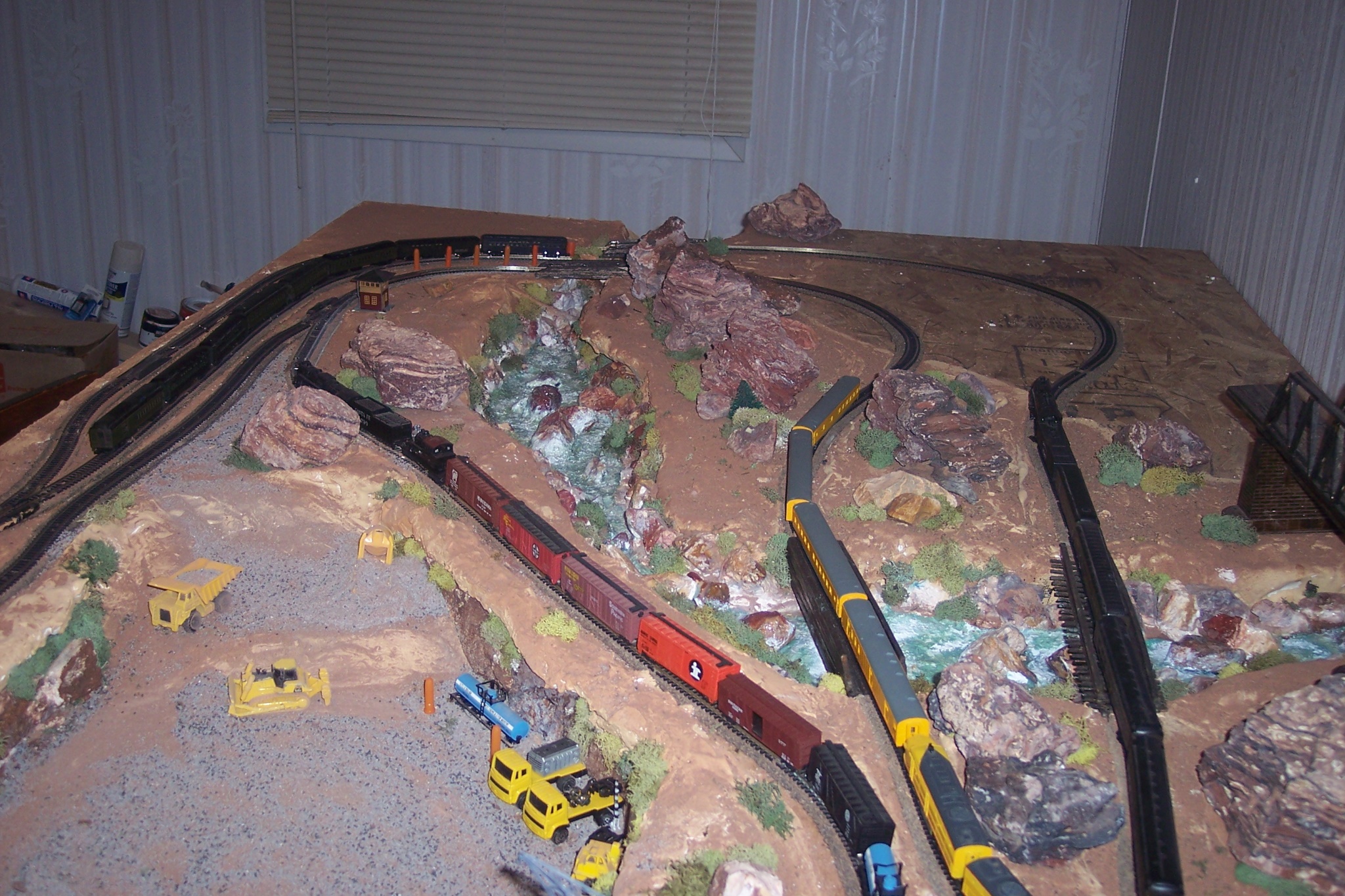 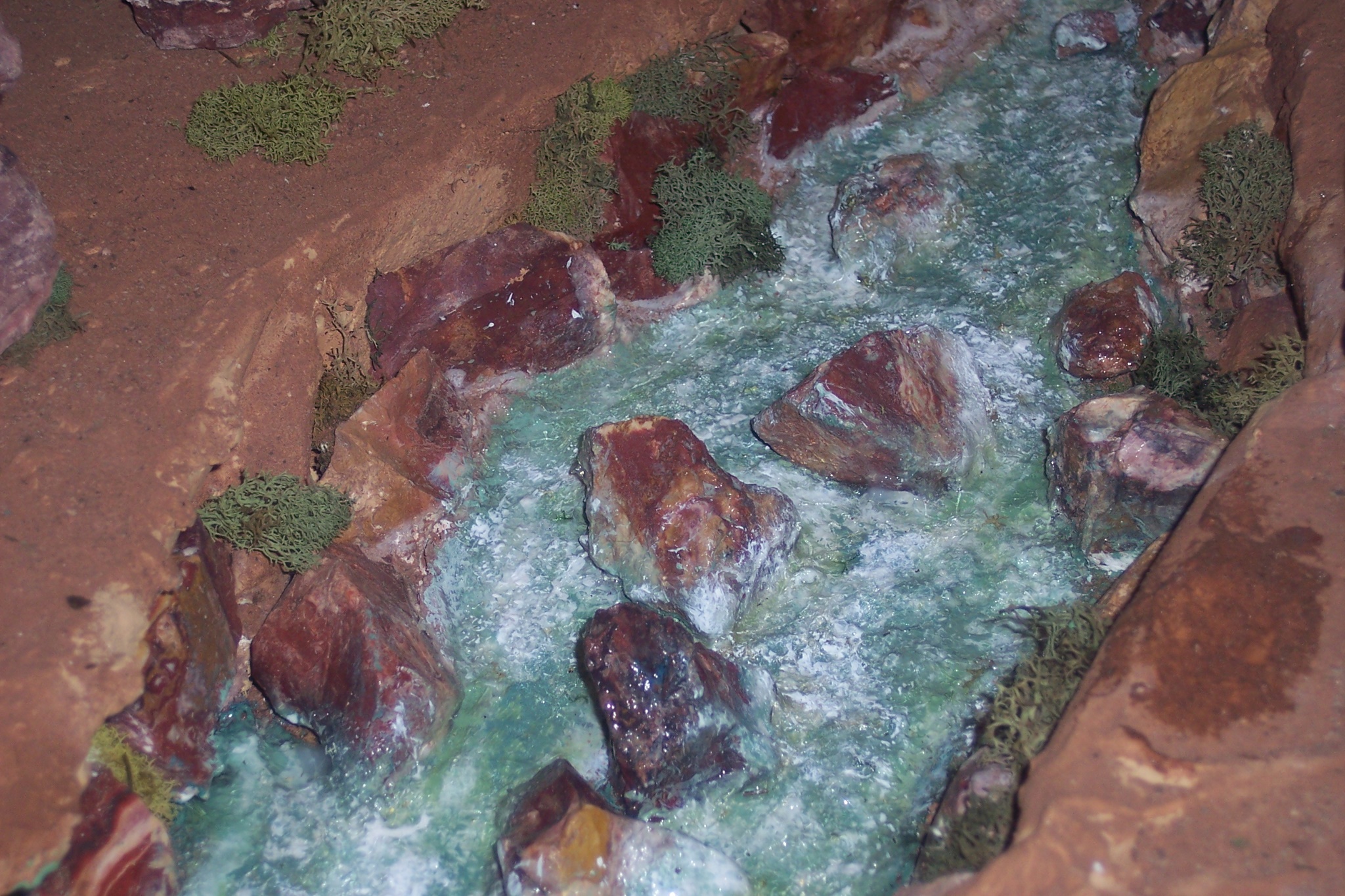 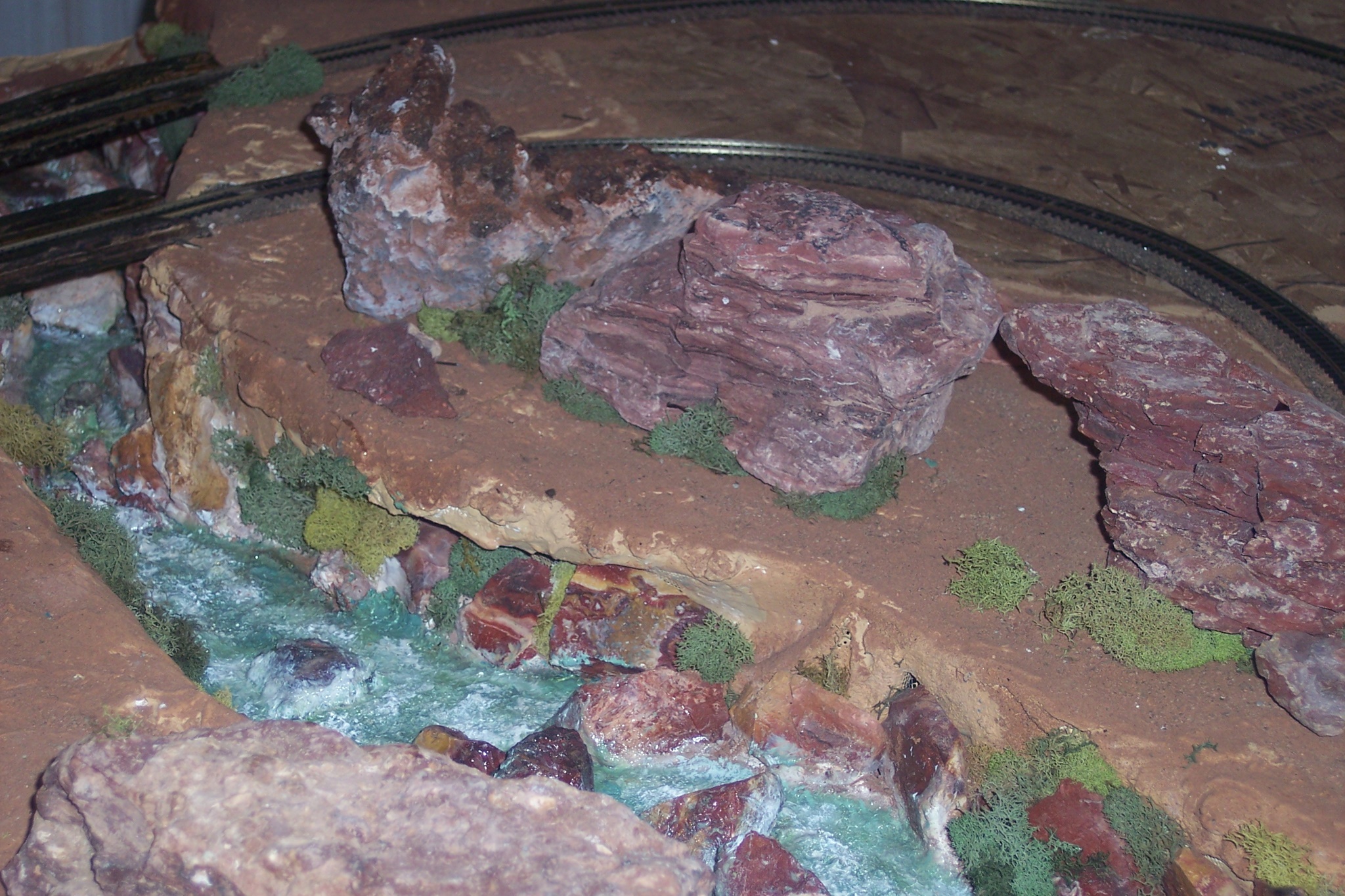 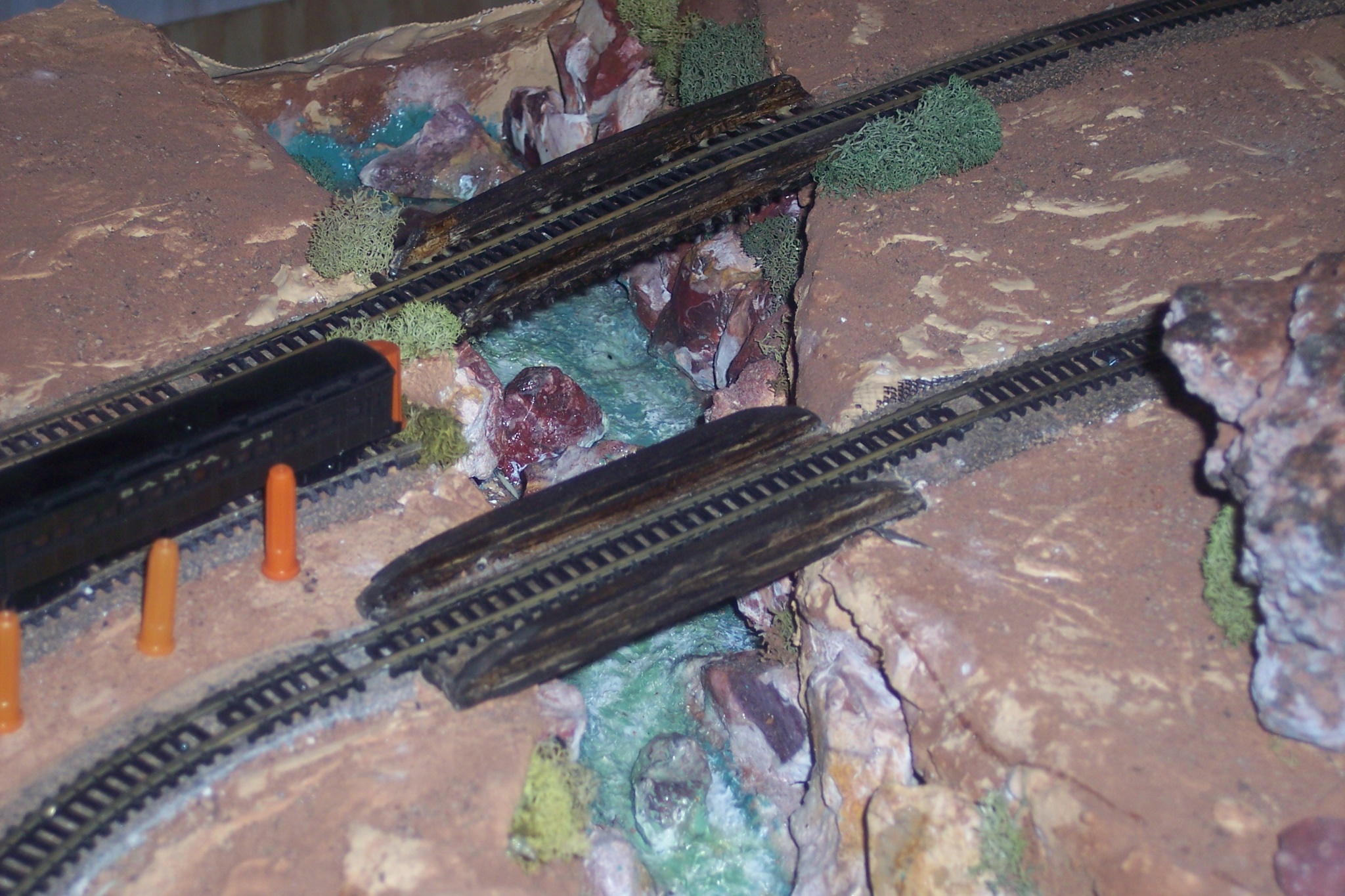 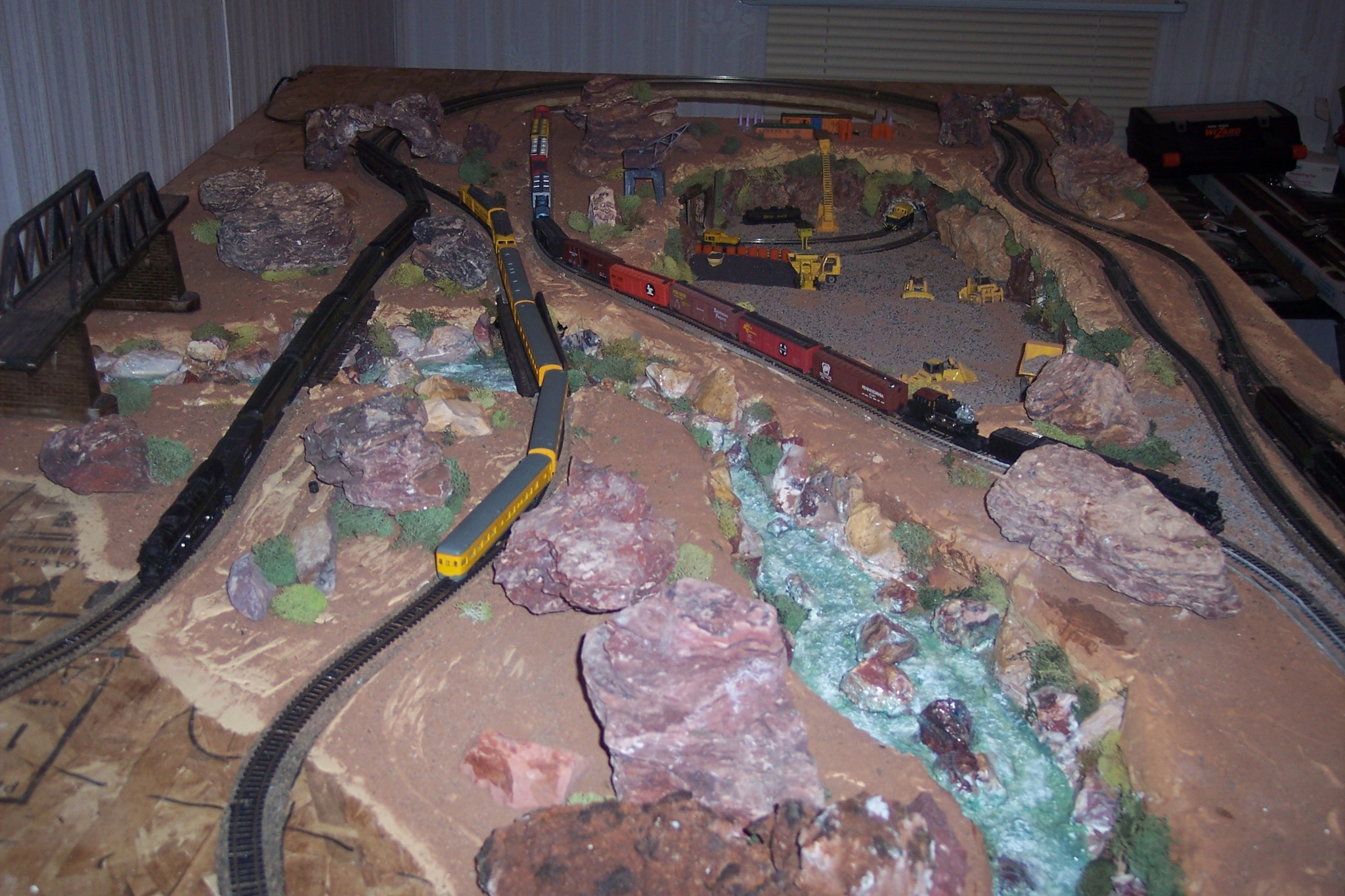 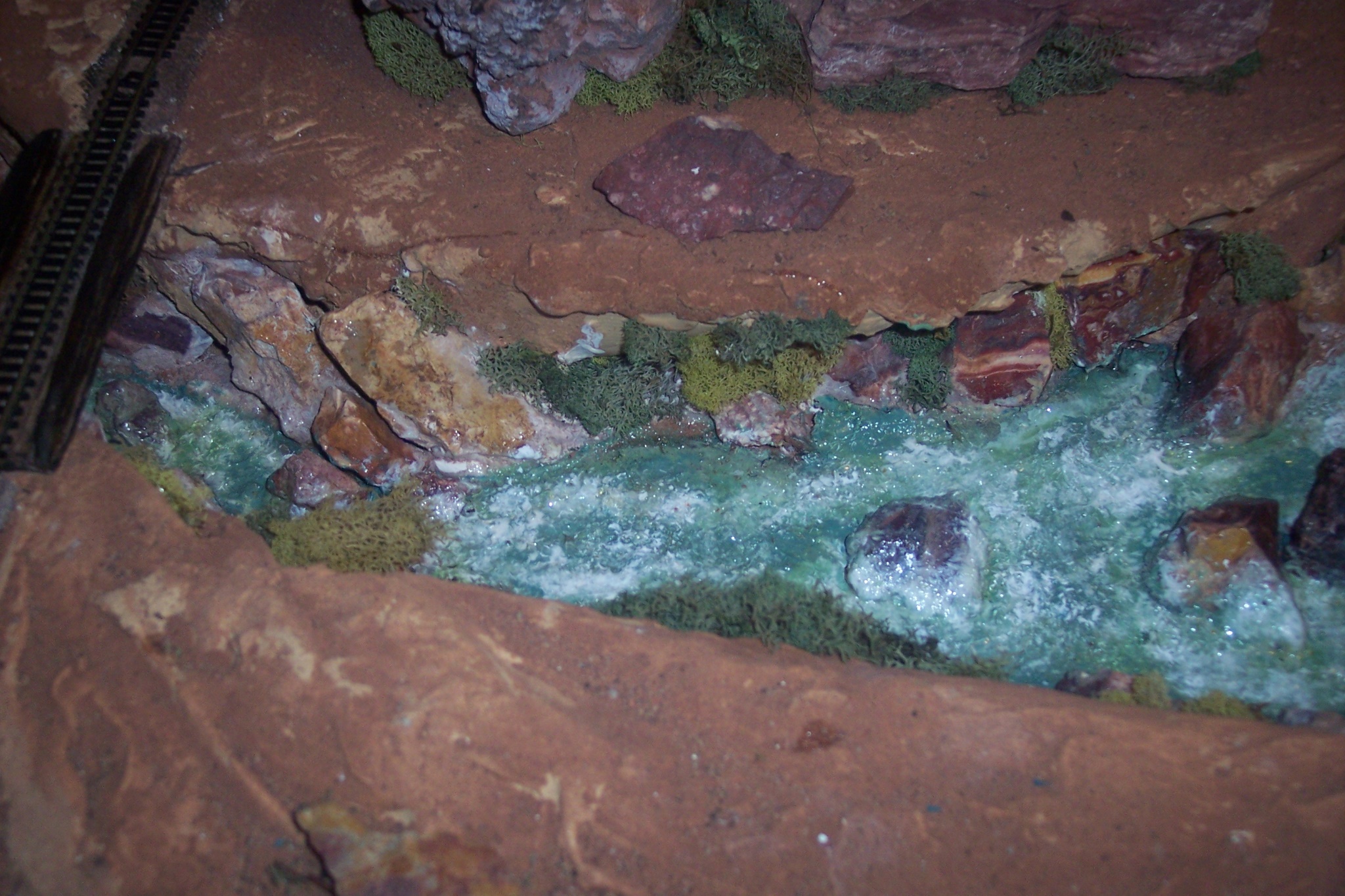 Being new I’m not sure if this has been mentioned or not ….. more of a tool tip than a modeling tip.
Revlon makes a pair of tweezers that have a built in LED, very handing when working in small dark spaces.
I picked one up today and have already used it a number of times.
Revlon 15119, attached is a picture of one.

Unfortunately, all they had at Wal-Mart today were pink. LOL. 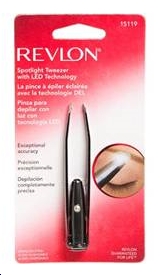 It doesn’t look like people like this stuff much for what it is designed, but it is great for model railroading

It is meant to keep people from slipping on outdoor decks, but in the earth colors it make the best “rock face” I’ve ever seen. It actually has sand in it, with a strong binder. It is very thick, but can be applied with a paint brush. It is thick enough and applies rough enough to cover Styrofoam or plaster underlay so it looks like natural rock.

I don’t know if it is available in the U.K., but at Home Depot in the U.S. it sells for $45 for TWO gallons. That would cover a lifetime of most model railroader’s construction of layouts, so maybe it would be best for a club to buy it and divide it up.

It comes in dozens of colors and shades – even green which makes a great ground cover.

Check it out; I don’t think there is a better way to create a mountain layout.

And here’s the latest from Dangerous Dave:

Things happening on the ebay cheat sheet too: here’s the latest one.