Dave’s been in touch – he found a HOn3 raduis worked well for him and the space his has:

“I am very new to the hobby having started right around three years ago not really knowing much about anything involving model railroading.

My only real exposure was back when I was very young having a very typical DC train set. My new interest got sparked after seeing some different video’s on YouTube which re-introduced me into that world.

I first began by collecting photos off the internet of scenes that I liked and doing a lot of research into, well, everything.

The first really important thing that I learned was that the maximum track radius one can fit into their space determines everything.

In other words, how large can you make your curves around the layout? That radius is the limitation to the scale you can work with and the type of track plan you can have. It is not just a mechanical limit to what can physically run, but also to what looks proportionally correct. 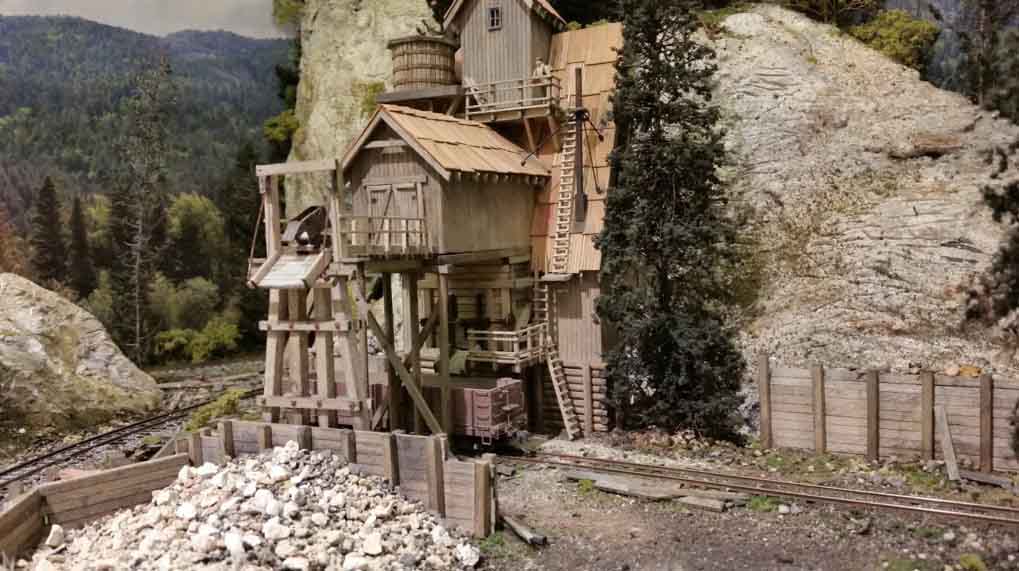 My space is a very small spare bedroom. I had considered HO to be my ideal scale to work with, but I figured that the broadest curves I could have were based on an 18 inch radius, due to the need to round a peninsula. So, it was N scale that would work perfectly with that radius limitation. It was far too sharp a curve for HO.

So, I spent several months learning different aspects of N scale and creating possible track plans all without any real understanding of how real railroads work, or what their operational needs were.

I then started to gather more photos of scenes that I liked and found a common theme to most of them. Nearly all of them were of narrow gauge railroads. I didn’t even know what that was. Once I had looked into it I found out that I could indeed model in HO scale and still stay within the track radius limits of my room by going with HOn3.

HOn3 works fine with 18 inch radius curves since the engines and cars are smaller and the track used is very close to N scale in width.

One other very important aspect that I picked up on looking at my gathering of preferred model railroad photos, was that the visual backdrops were of primary focus and not just an afterthought.

So, when I started actually building the layout the backdrop was the first thing installed and later all the scenery would expand outward from them as an extension creating visual depth.

I did my layout in stages choosing to nearly fully complete each section before moving on to the next. This way I felt the mistakes I would make in the track, scenery, etc. would be isolated to just that section. So, in theory things would improve as I moved along.

My railroad is DCC running the JMRI Operations software and called the Nickel Creek & Western. It is as freelance as one can possibly get. It doesn’t model any specific place, or time just a general feel of the Northwest sometime in first part of the century.

I consider it a facsimile of a reality rather than reality itself. So far I have basically gone with what I feel looks nice and not worried about counting the rivets.

A lot of my structures are scratch built from either my imagination, or from photos of what others have done. It isn’t finished. I still have a few small sections to complete as well as adding in a lot more detail such as people and vehicles everywhere. 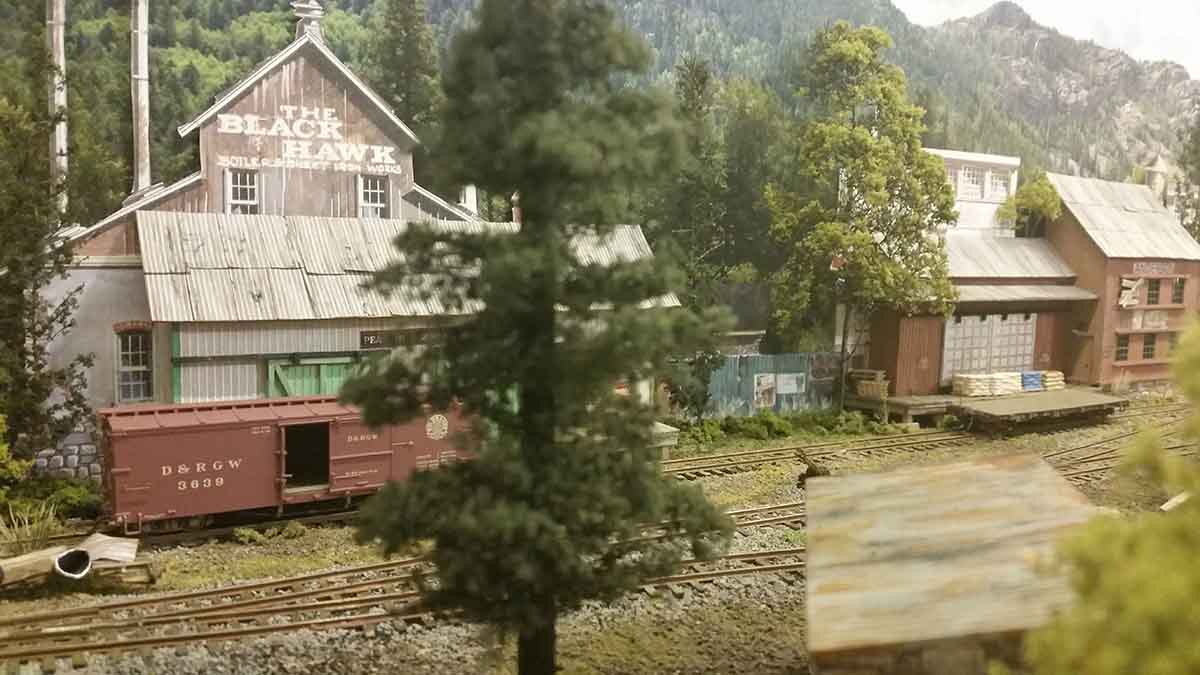 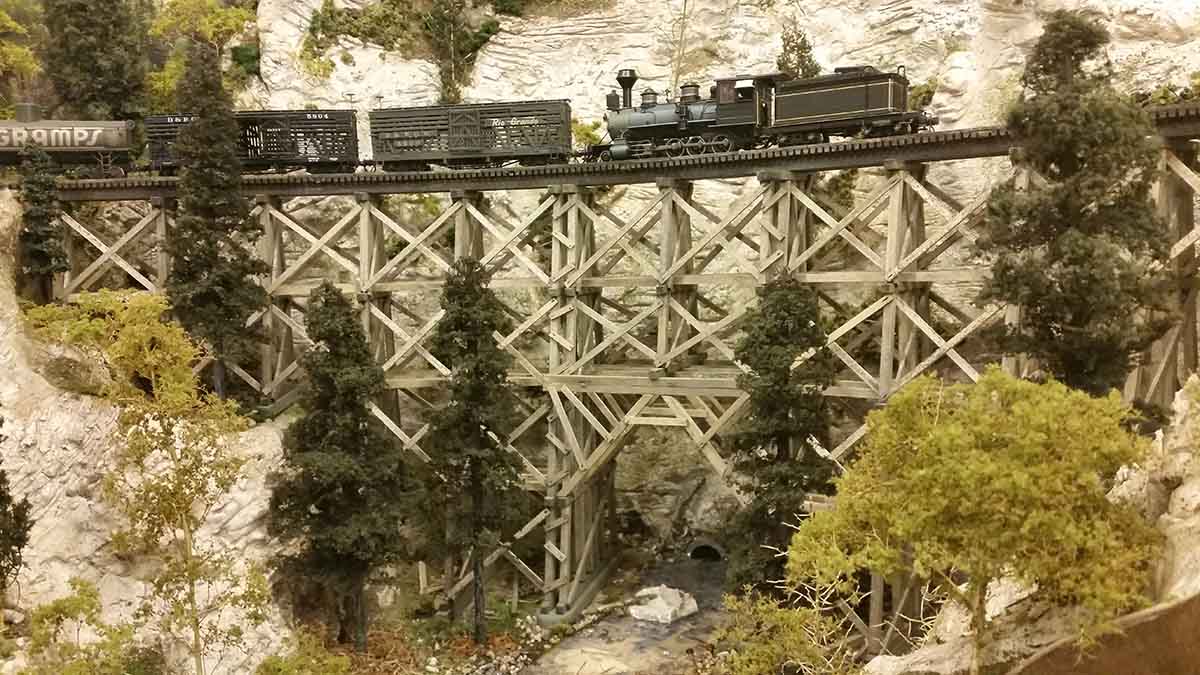 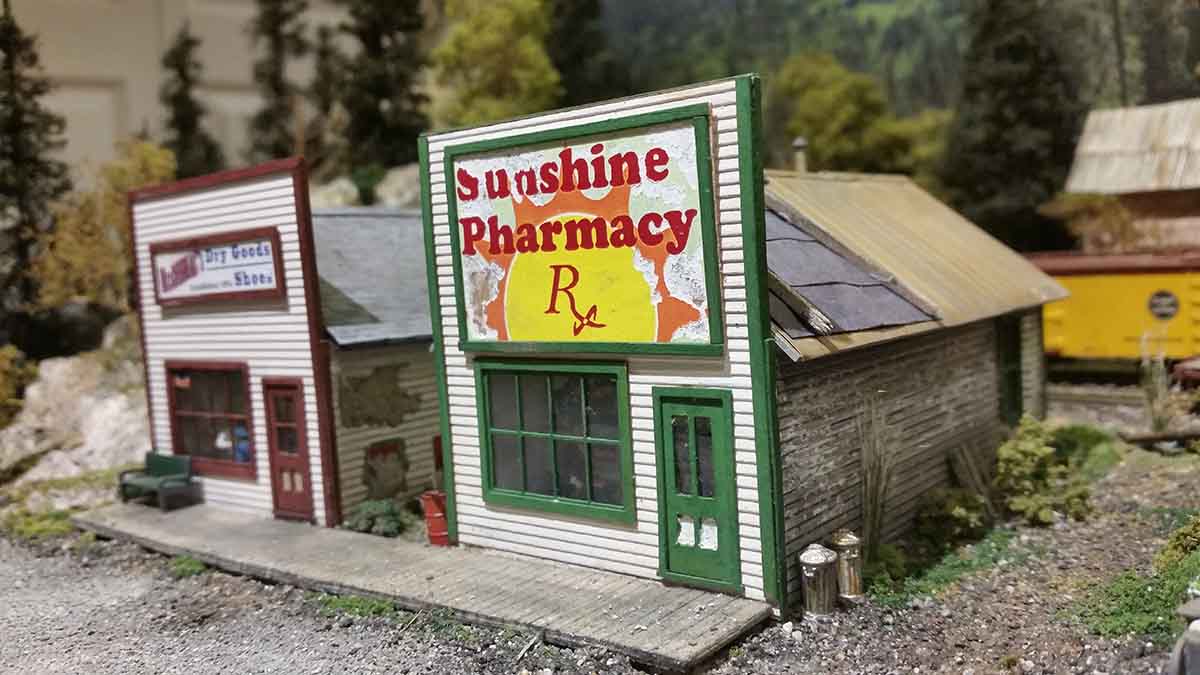 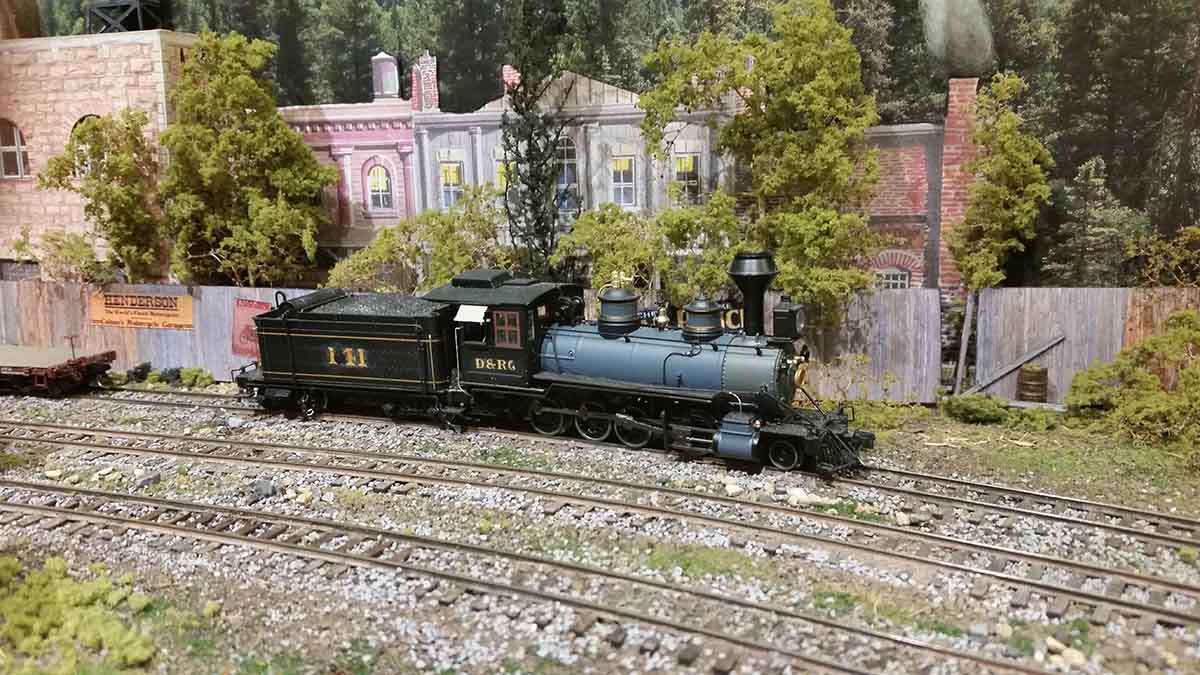 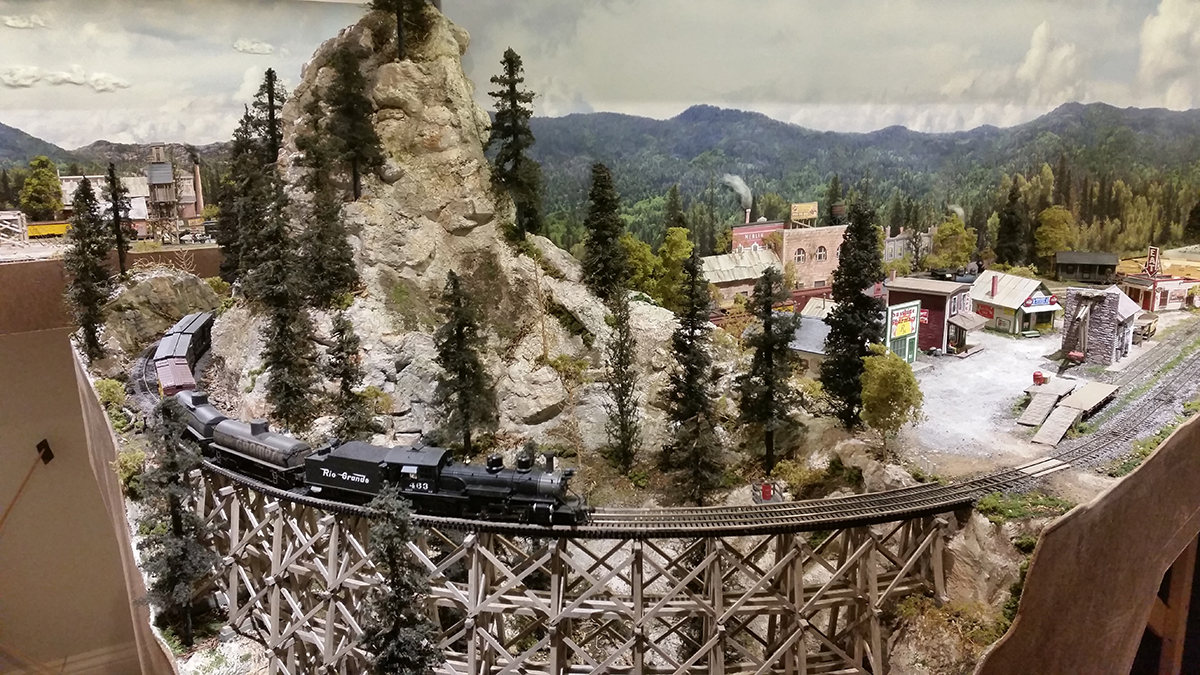 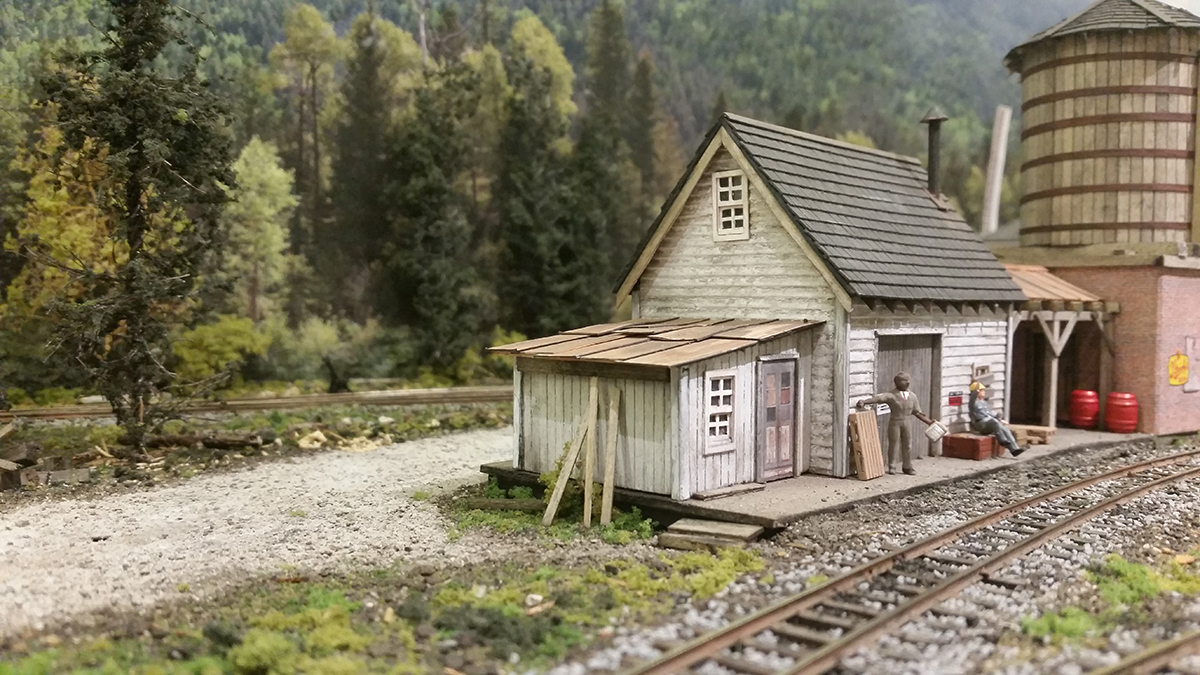 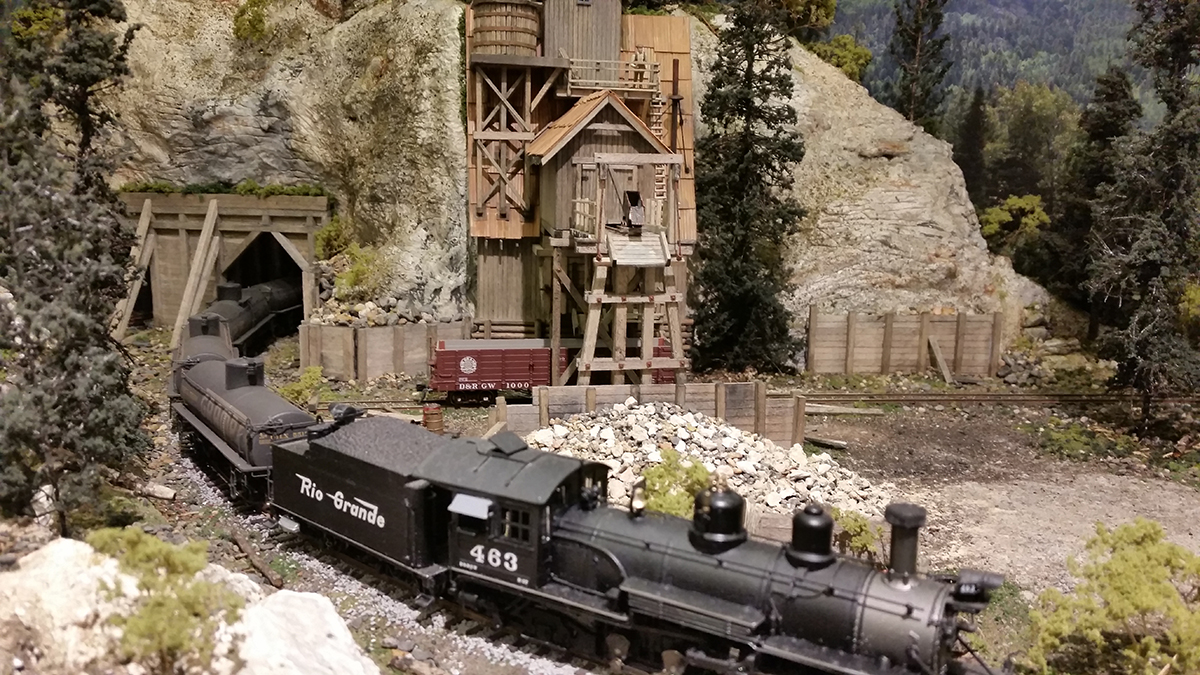 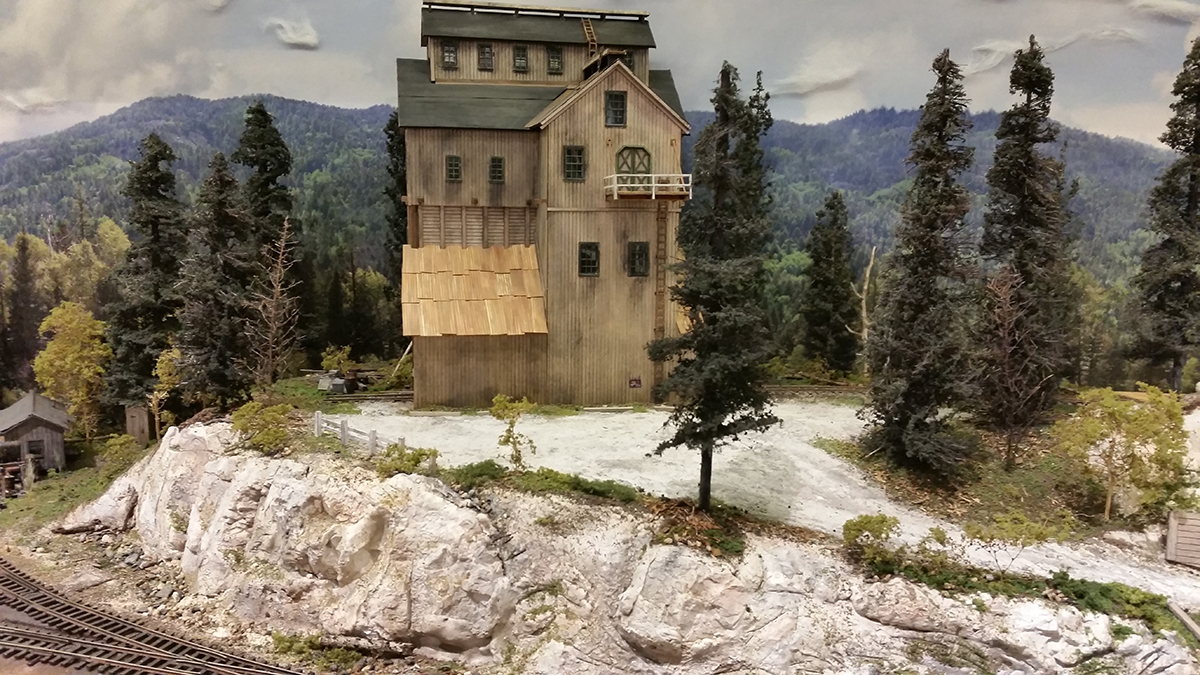 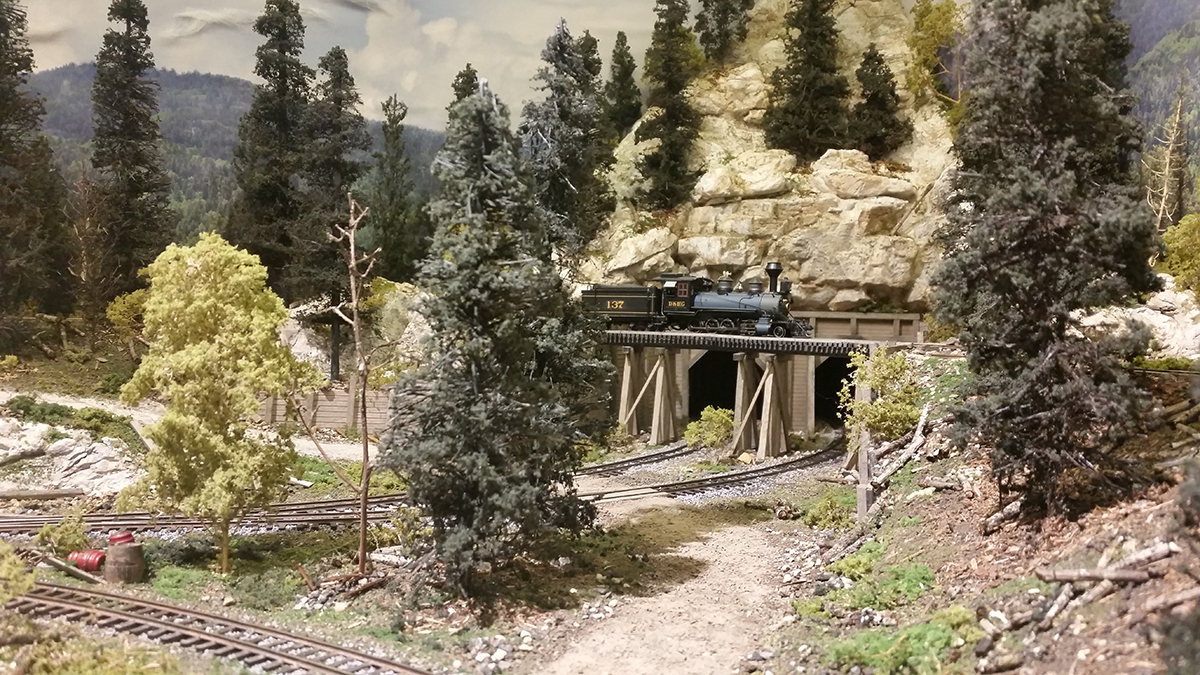 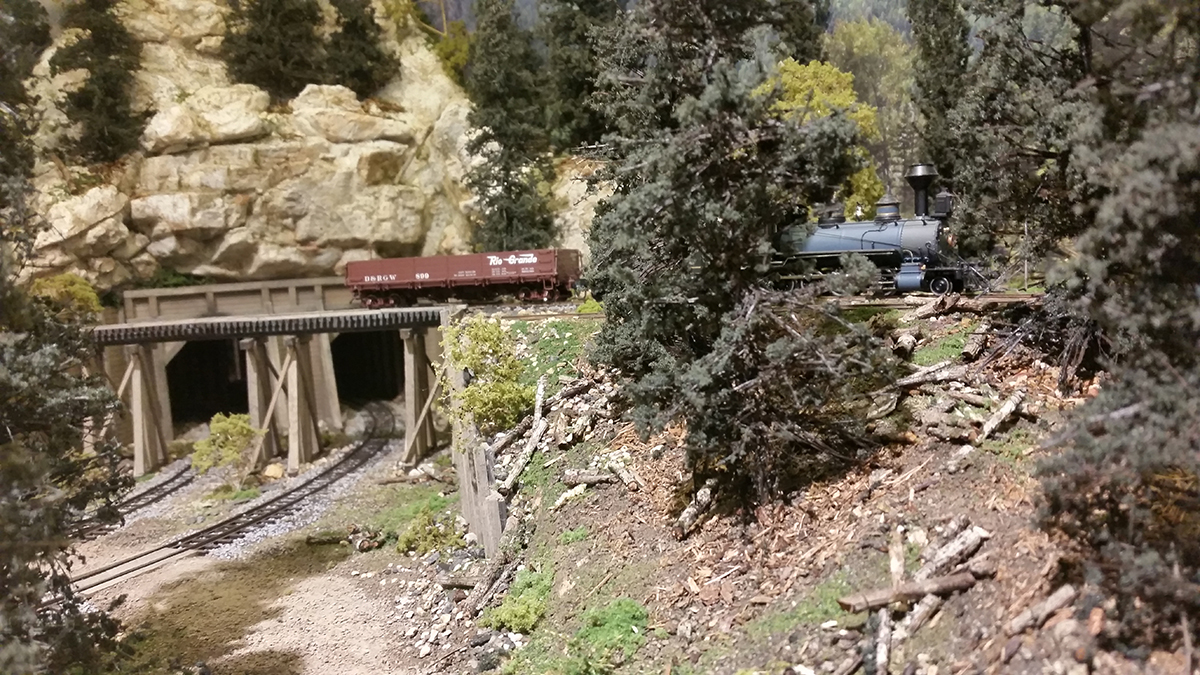 A huge thank you to Dave. I’ll bet he’s glas he stumbled upon his HOn3 18 radius – how many of us have been frustrated by the space we have? And what a layout.

The pics are stunning, but for me, it’s the narrative that stands out.

It just goes to show how a little planning can go a long, long way. Spectacular stuff.

Hope you enjoyed that as much as me.

Whenever it comes to HOn3, Brian’s posts always spring to mind, like this one.