I have a good friend, JT, who is a snowbird, spending summers in Colorado and winters in Arizona.

His home in Colorado has a basement, but the Arizona home is smaller, a double wide trailer.

I decided to make a small N-scale diorama for his trailer and set out to illustrate that even a small space can have a railroad and that you don’t have to rob a bank to do it!

I found a scrap piece of plywood approximately 20 x 40 inches. Since I was creating a static diorama, I eliminated every potential electrical problem. I decided to use clear Gorilla glue and not a single nail or fastener. The theme would be a dusty Western US small town.

My real fun was scavenging railroad swap meets for cast off “junk” parts that I could transform. I bought discarded buildings, locomotives, cars, and track, never spending more than $5 for any one item, and most were only a dollar or two.

Like all of us I bought some structures that wouldn’t fit in, but at these prices I had no regrets. I moved things around a bit, covered my errors and sins with lots of glue and sand, dulled down some of the colored plastic, and added painted strips around the perimeter to contain any loose sand.

I deliberately left a gap in the fence in case JT wanted to strip out the end piece of track and connect to a larger layout in the future.

Voila! Total expense less than $75 US!

Hope it inspires you to go to swap meets, too. I met some new friends there and bumped into lots of old ones. 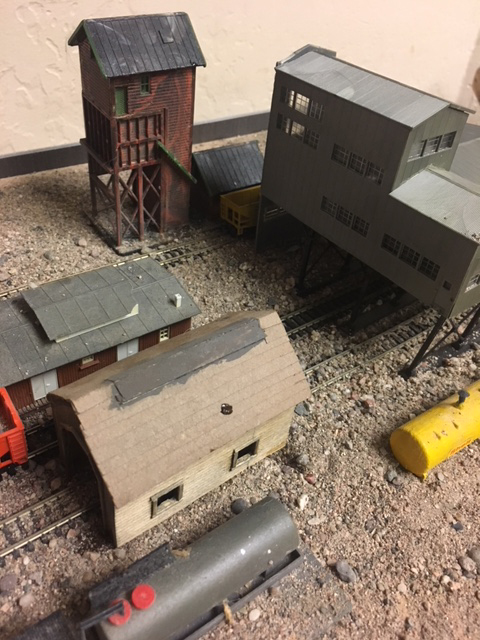 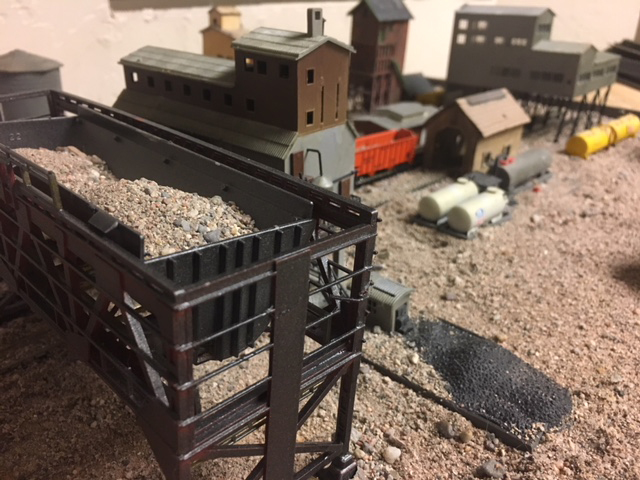 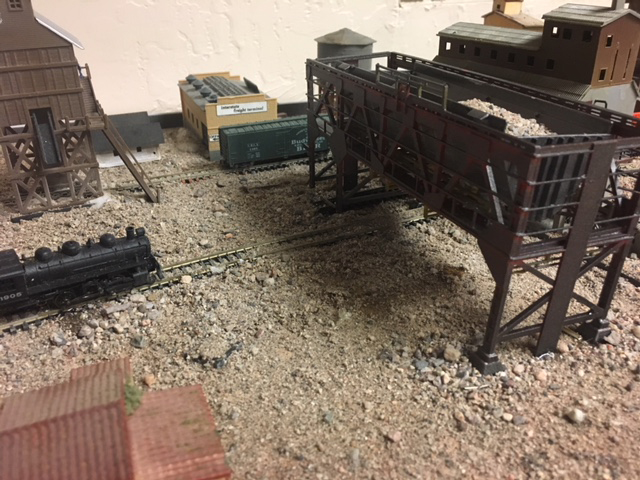 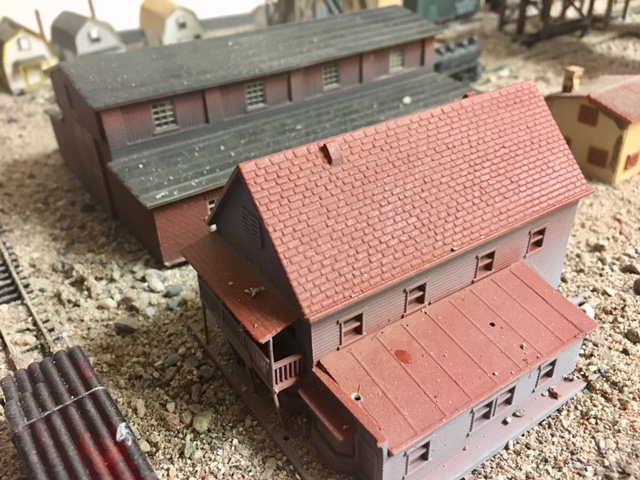 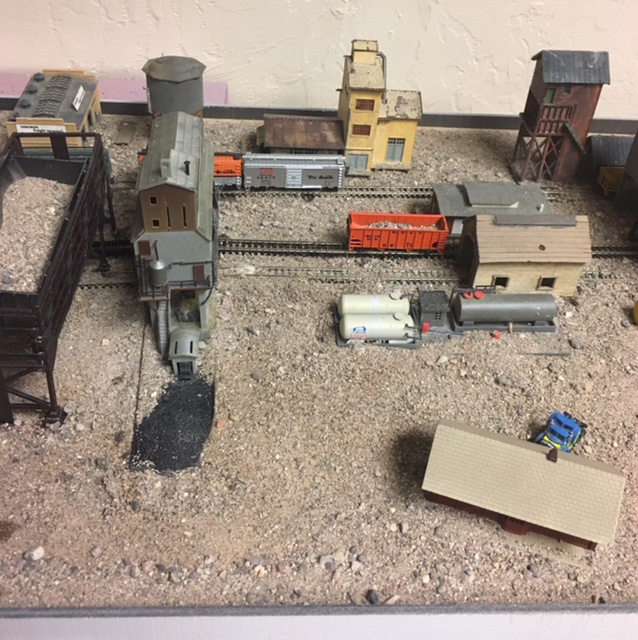 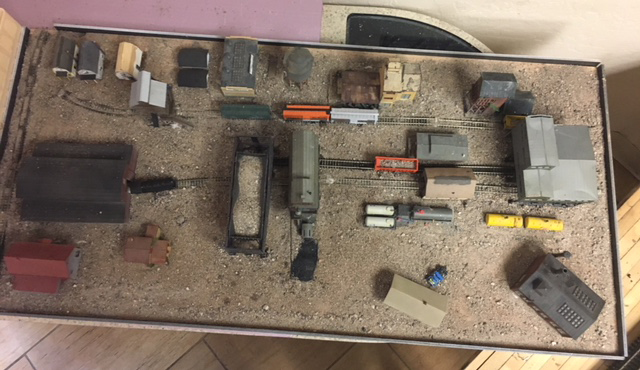 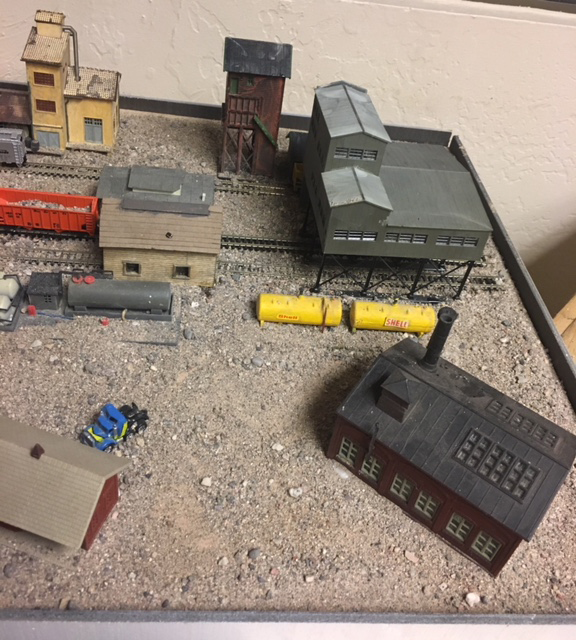 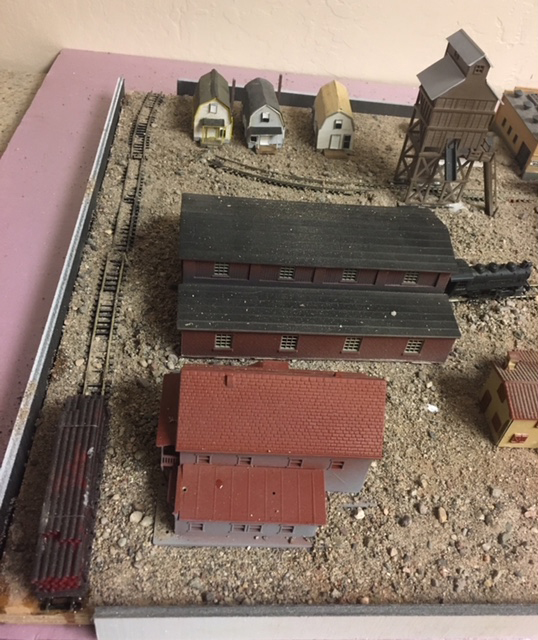 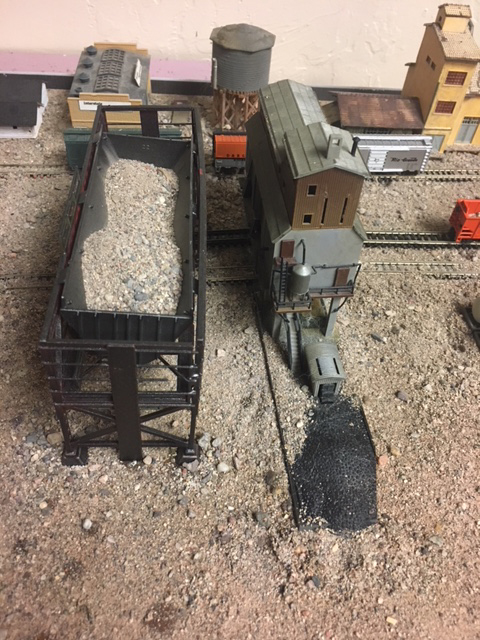 And John has decided you don’t need much space to build a layout too:

“If you have never built any kind of layout, if you think you do not have any room, do not let those things be excuses…

Build a diorama to develop some modeling skills. A “micro layout” can be fun. Just get started.

One thing I hear too much of is the complaint that someone does not have enough room for a layout. Well, since building my little shed on my camping trip in September I have been lost in the doldrums. Or what we here call a modeling funk.

Then in early December I saw a video of a little 1 foot by 3 foot inglenook. I started looking through some of my old “idea files”… “Grasse Pointe” is the result!
This is my first attempt at using a sector plate and I am learning some new things too…

Grasse Pointe is roughly 10 inches deep and 28 inches long. It fits in a standard bookshelf. It really is becoming a scenic diorama that I can run trains on.

Here are three pictures. You might recognize the paper house. More photos will appear soon.

aka “John from Cali” 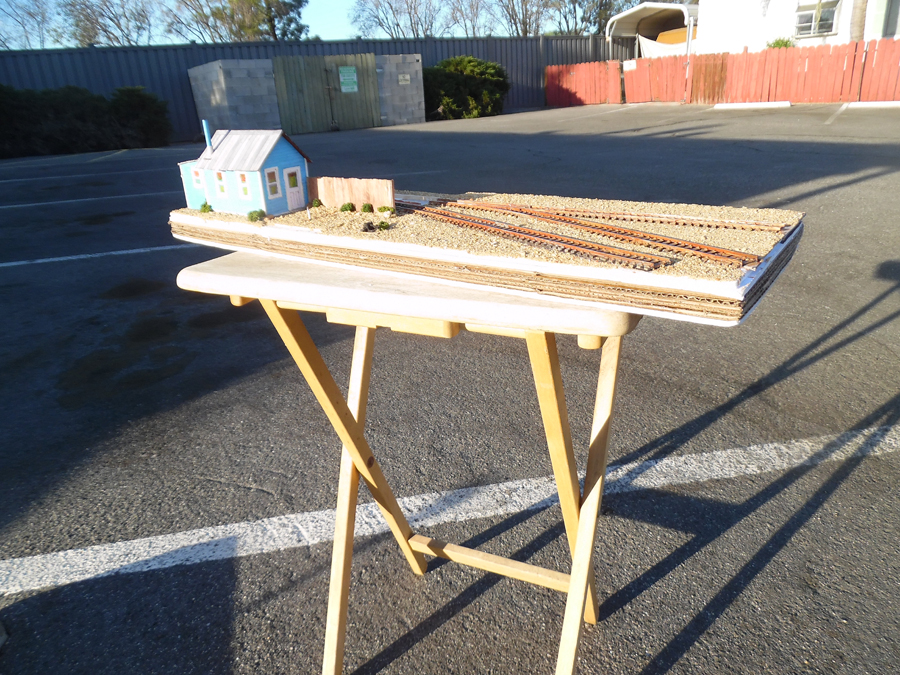 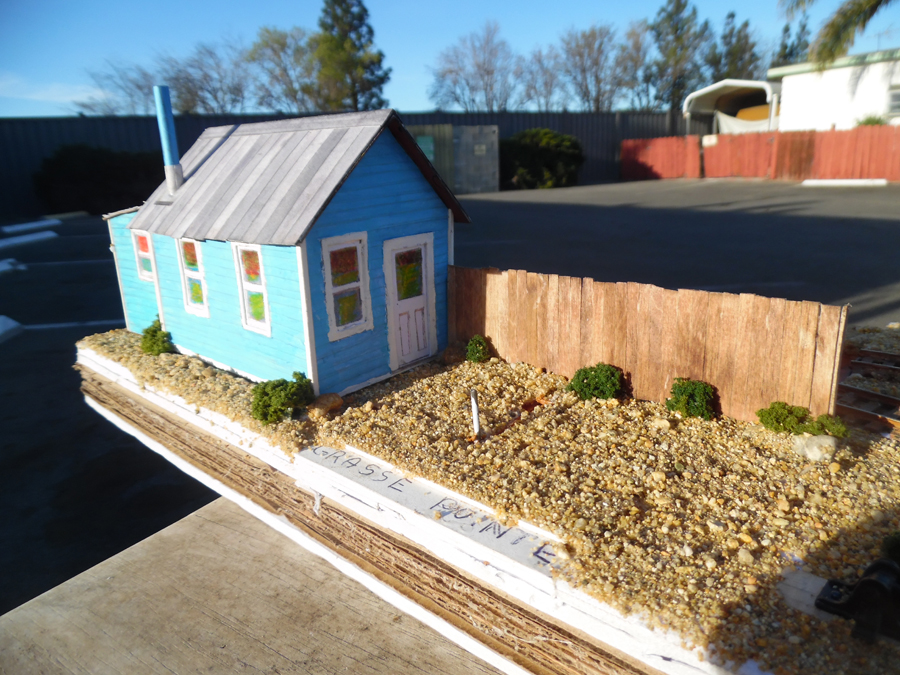 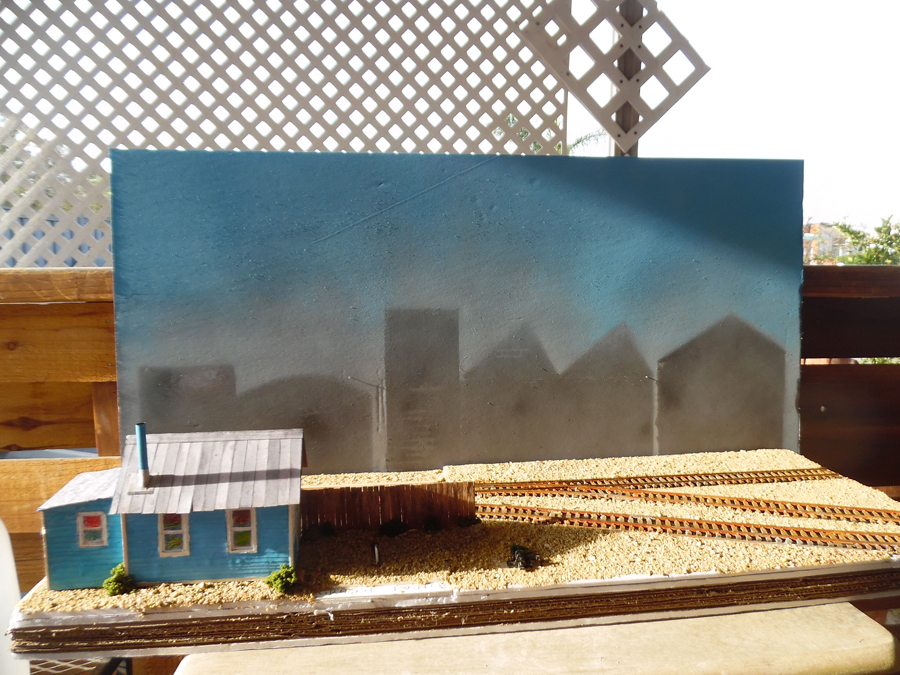 And lastly, another installment from Dangerous Dave.

I haven’t been too quick off the mark in posting this one, so apols if you’ve already seen it:

Happy New Year to you and all the members

A huge thanks to Dave.

Thanks also to John and Dennis. Just goes to show you don’t have to have a lot of room if you want to scratch that layout itch.

Don’t forget the Beginner’s Guide if you’re tired of sitting on the side lines.