Eric has been in touch again. You’ll remember him from this fine layout.

Now have a look what he’s doing!

I’m afraid Wensdale had to go while I redecorated my bedroom, but Wensdale is being slowly reborn in a new format, gone just having two tracks but now we have four, two at higher elevations and two below so I am sending some pics of New Wensdale in the raw. Ignore the old scenery on the wardrobe walls.

To enable the four tracks I have raised the helix up a level so that I could run the lower two tracks below, unfortunately after trying various ideas I can’t link the higher level to the lower tracks but hopefully that won’t detract from the ability to now run four tracks together.

The engine shed and sidings on the raised level are also usable when the four tracks are running as they link to a second control unit. Note the controls on the last picture. The two controls will be the lighting controller the next six controls run the tracks.

Note that all tracks are accessible in readiness for possible problems and any scenery added will be removable for access as in my old layout. After the many comments after my old layout about getting to the layout and did I have an access hatch well now you can see the basics in all their glory 🙂 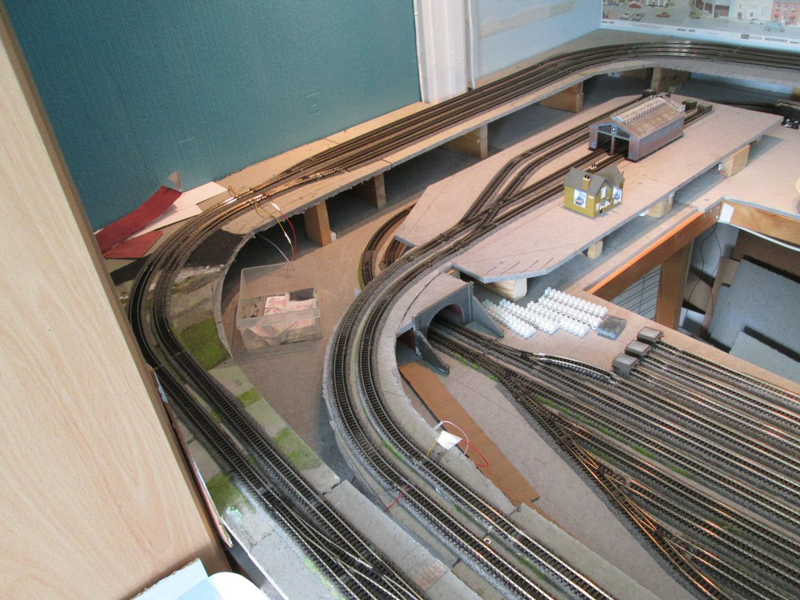 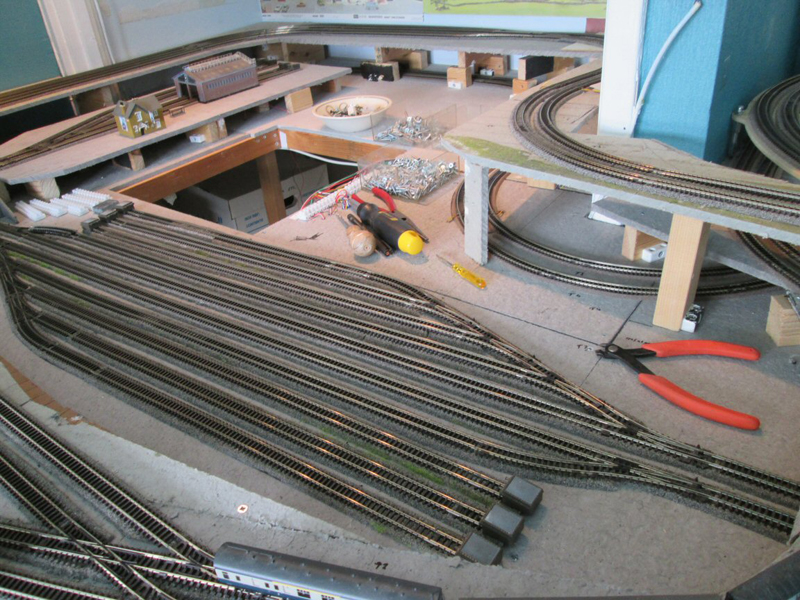 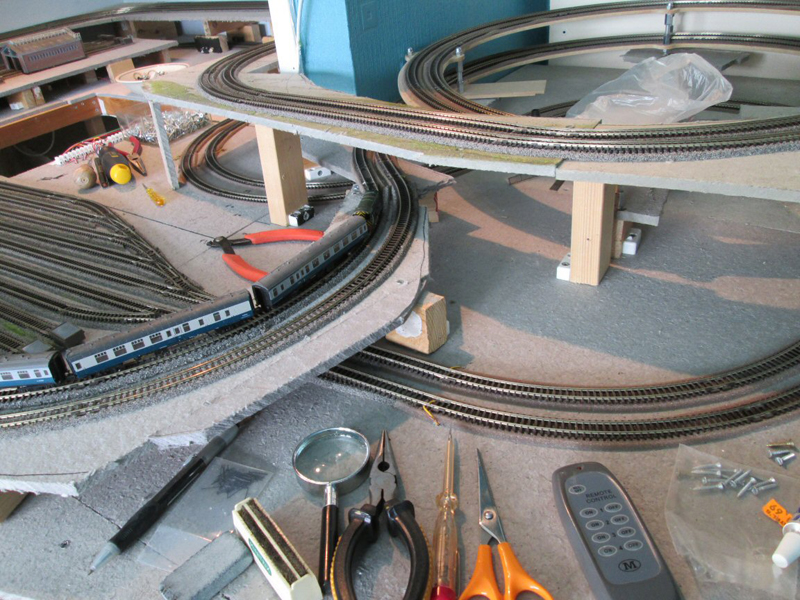 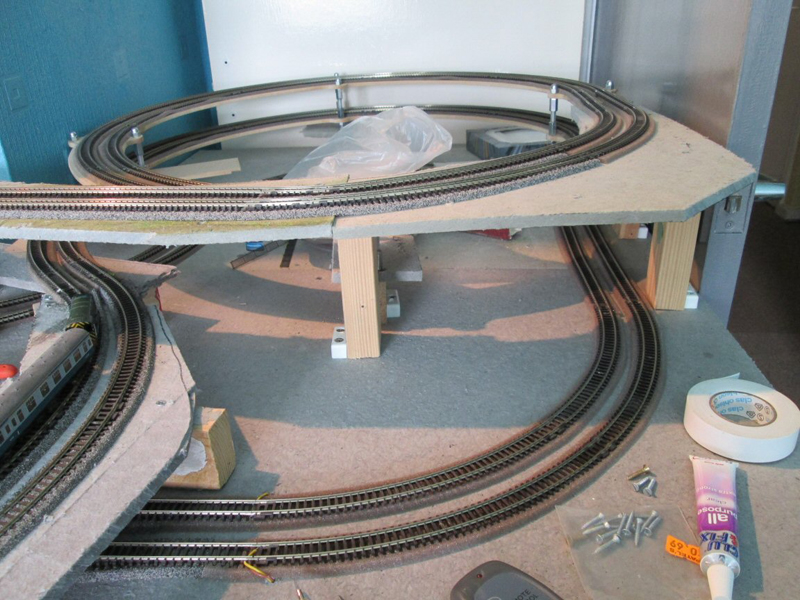 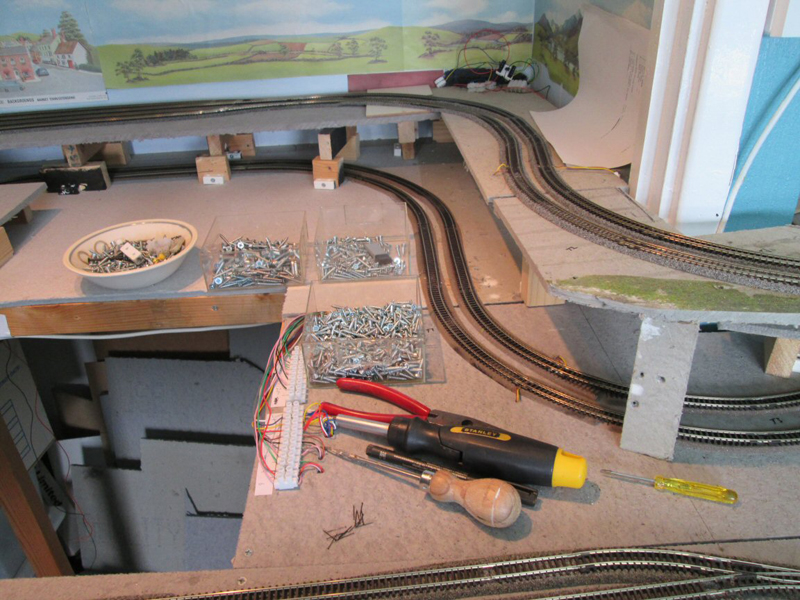 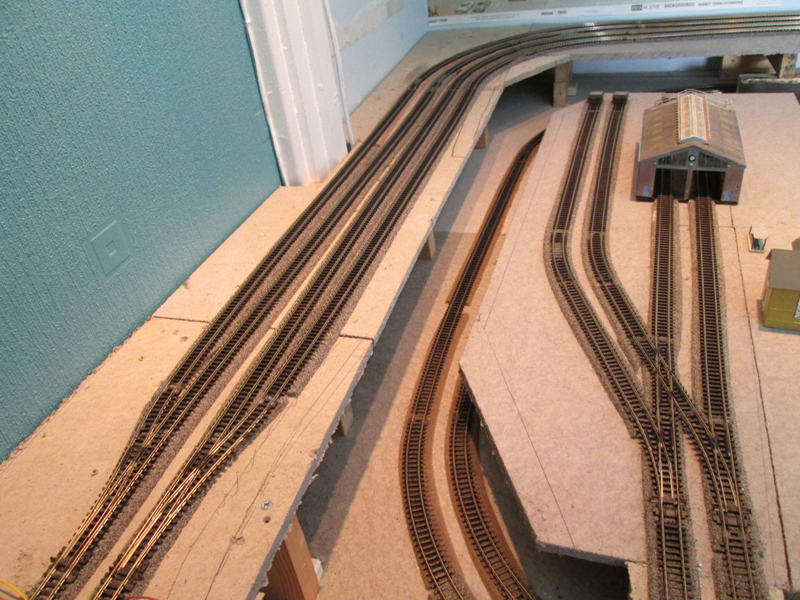 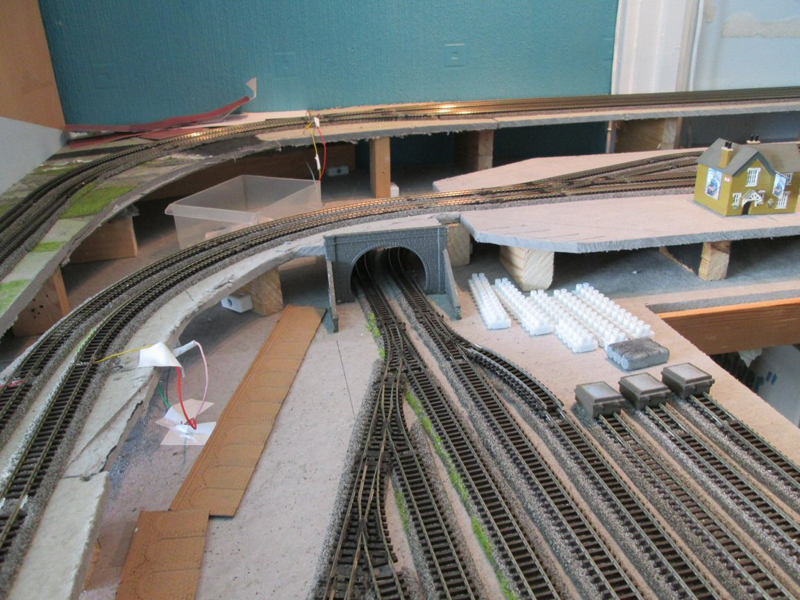 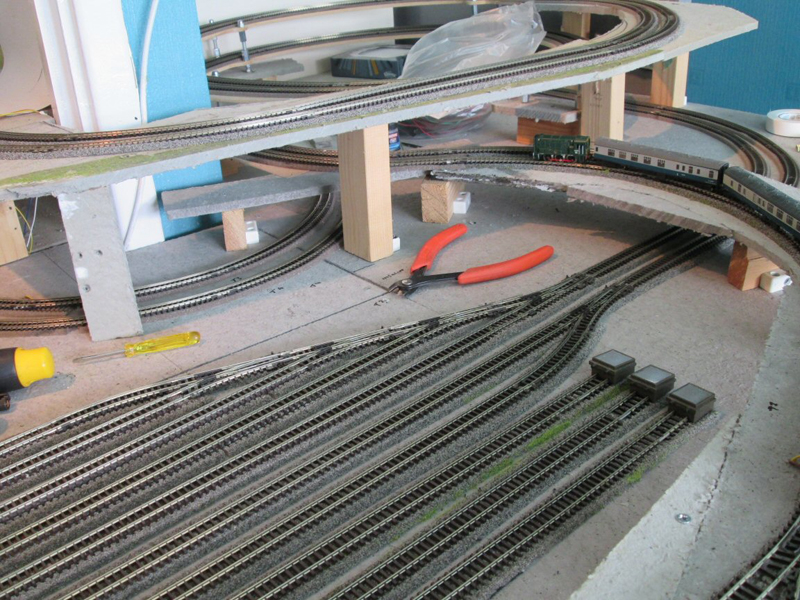 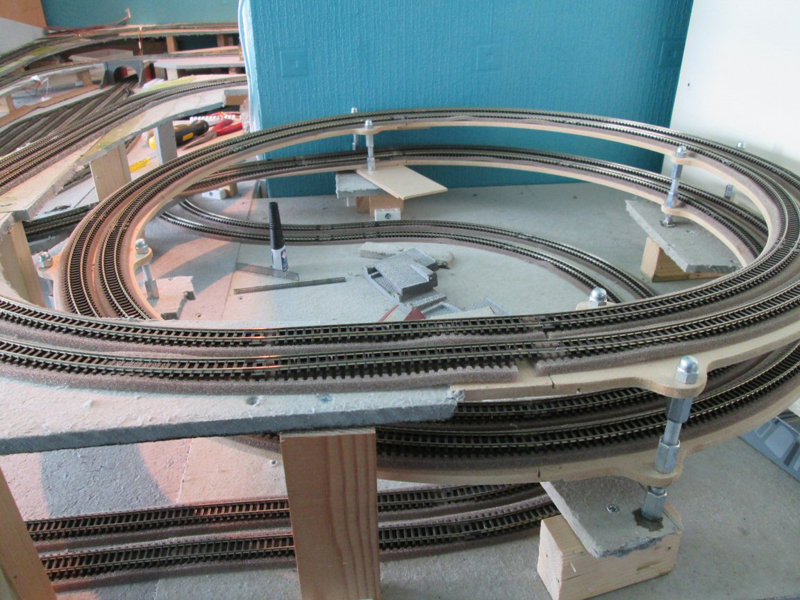 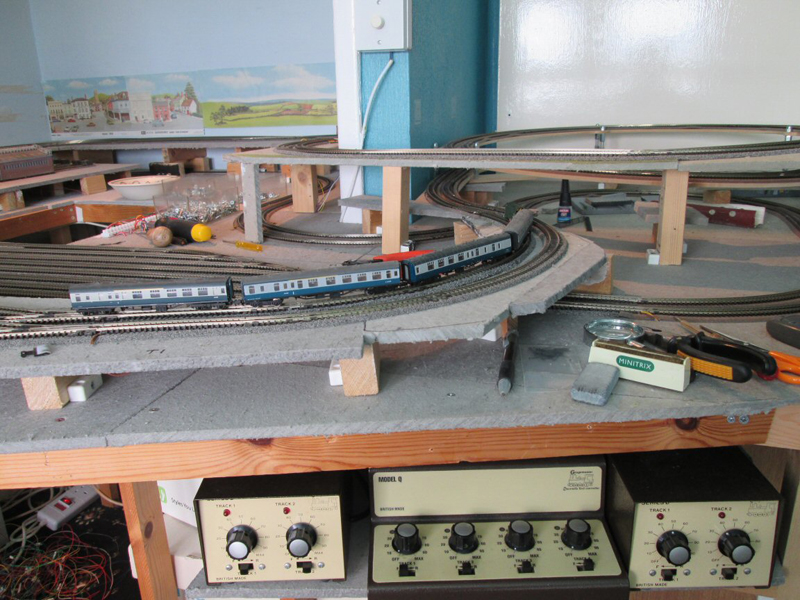 A huge thank you to Eric. I do love seeing the work in progress stuff and reading what the plan is.

That’s all this time folks. Don’t forget the ebay cheat sheet. I find it bizarre how some days there’s not much to ponder over, and other days some absolute steals.