Fred and his son’s layout

I was discussing these emails that I receive from you with my 13 year old (12 at the time of building the model) grandson, and I suggested ‘why not send him some pictures of your layout?!?’ so…. here we are. (The pictures are in another email)

He was inspired by visiting many model exhibitions, including Brighton Modelworld, and by reading an article in a Railway Modeller about a small 00 gauge shunting puzzle layout.

He then set about designing the track in a challenging, yet enjoyable layout to shunt on. He then pinned the 00 scale track down on to the 4ft X 1.5ft board and sprayed it with grey and brown acrylic aerosol spray paint. The rail heads were cleaned to allow current to the wheels, and he then built the station.

Most of the scenery and equipment is recycled or reused from scrap or old layouts that were never as good as this one. The platform was created from a block of wood, glued to the board with grey painted cardboard glued down on top of the wood.

After this, he repainted hornby waiting room/shelter to southern railway colours, stuck this on to the layout, and detailed it with a couple of posters. Extra details to the platform included a metcalfe signalbox, free with a railway modeller magazine, milk churns, fences with posters on and repainted telegraph poles with cotton treaded through them to represent the actual wires. The sides of the station are embossed brick sheets repainted to include a mortar course.

Some other details on the layout include a fly tipping area, that has copper piping pieces repainted to represent concrete water pipes and there is other random stuff that was repainted to look like rusty metal. One extremely random piece is a spare missile from an airfix harrier kit!

At one end of the layout, there is a small mud track for the guards and shunstmen to use to get from the station to the lamp hut. Whilst at the other end, a bit more is going on!

There is a farmers track made out of clay, painted black. It crosses the railway, and to achieve this, the clay was worked into the space between the rails and then painted. It leads up to a raised cattle dock, built on another block of wood, with cows in them plus a coal yard.

The coal yard features a rebuilt coal bunker (it was in really bad shape), a converted brake van, as the main office, and coal, made of woodchips, scattered over the bunker and over small parts of the yard, to represent spillages.

Vegetation amused me quite a lot, as after he had spread the ground cover around the layout, he ventured outside, found some twigs and cut some ornamental grass! This came from going into the local modelzone, and seeing twigs… real twigs… being sold for £5 when you could just go outside and get some yourself!

These were placed as a log pile near the dirt track and farmers road. Then, readily available hornby foliage was used to adorn the farmers track and log piles. He then added detail by gluing the ornamental grass in as bracken and thorn bushes. The cows also enjoyed this as it was used as straw for the cattle dock too!

The layout is based in the southern area of England, as he plans to build a recreation of Sheffield Park station, from the Bluebell Railway, and attach this layout to the other end at home. (Obviously not at exhibitions though!) He would love to take his finished Sheffield Park model to exhibitions, and when it is completed, maybe send pictures of it to you too! Another project that he is working on is planning, and building a working 00 scale wooden roller coaster, that will be housed in his home based railway layout. 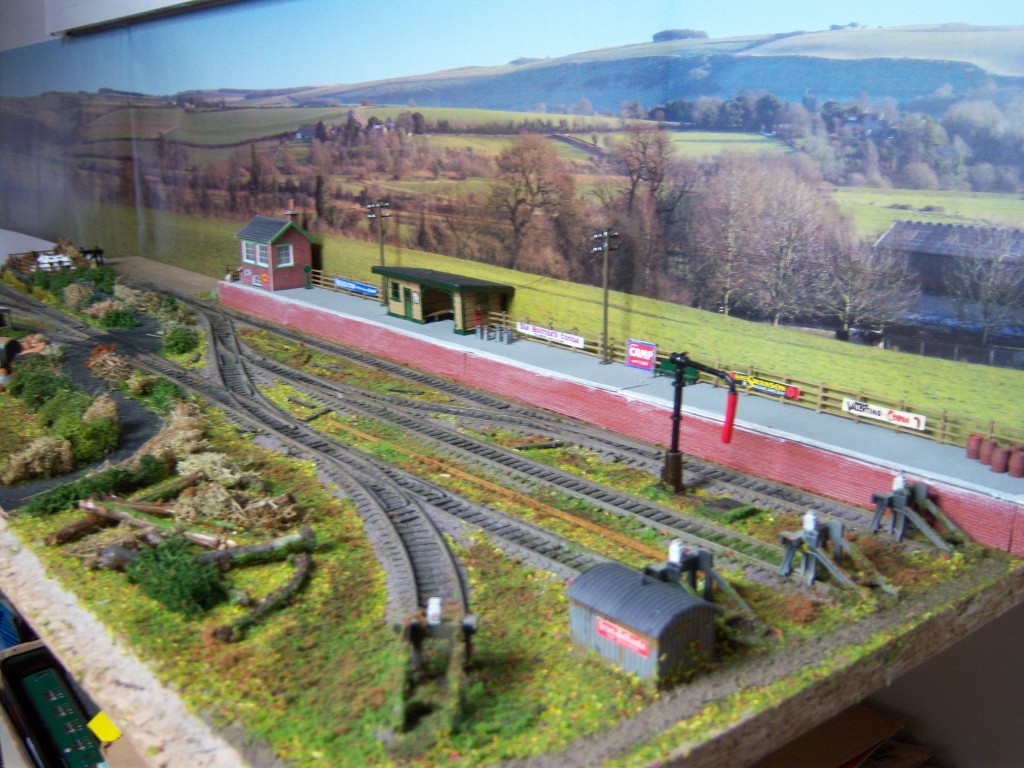 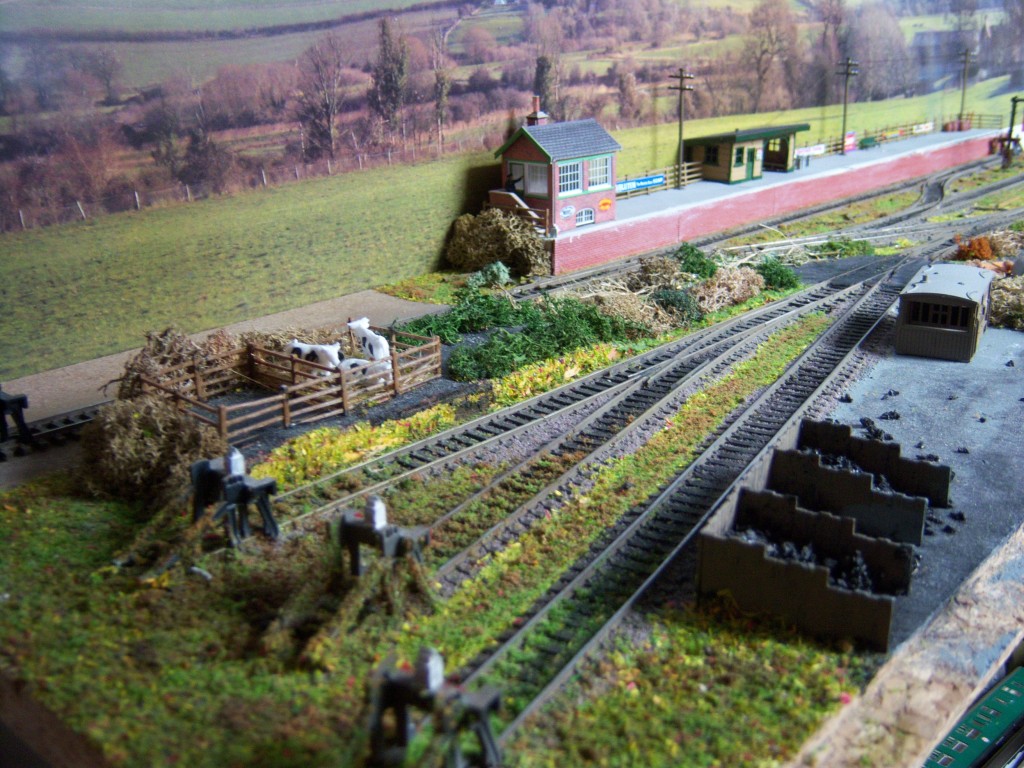 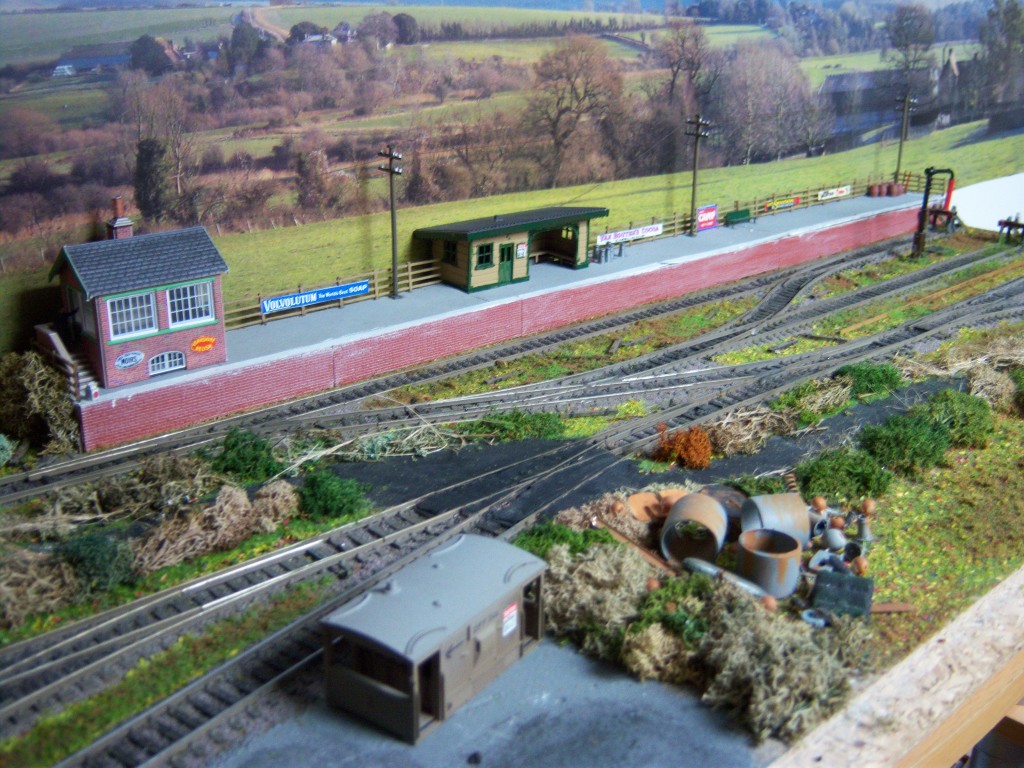 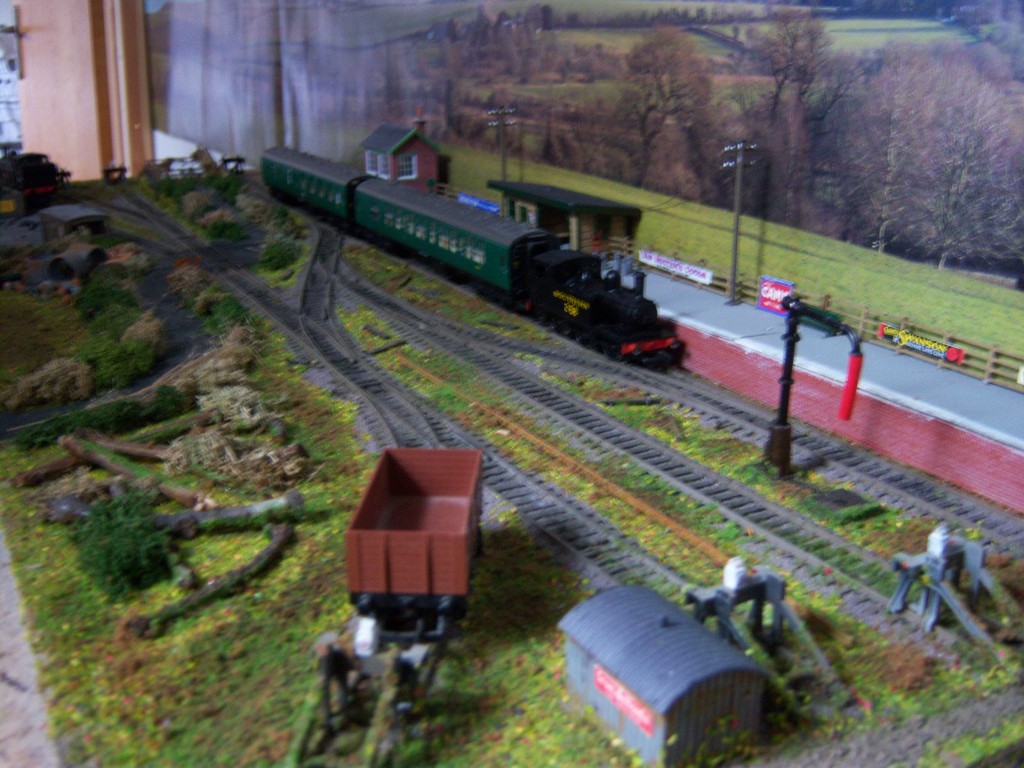 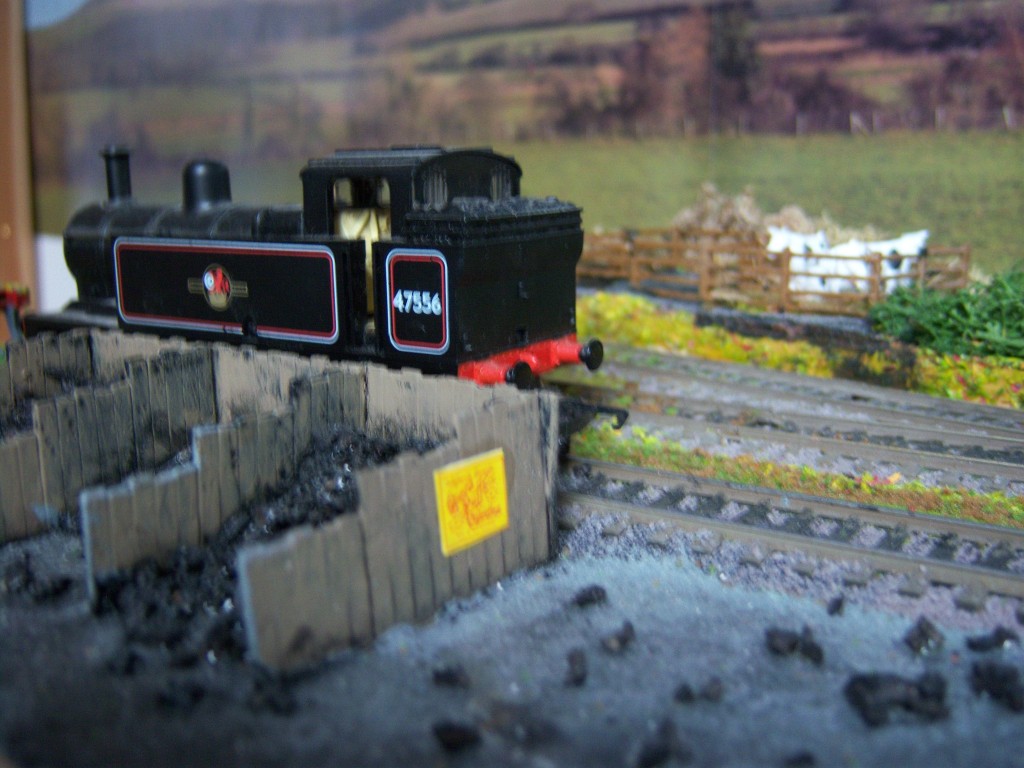 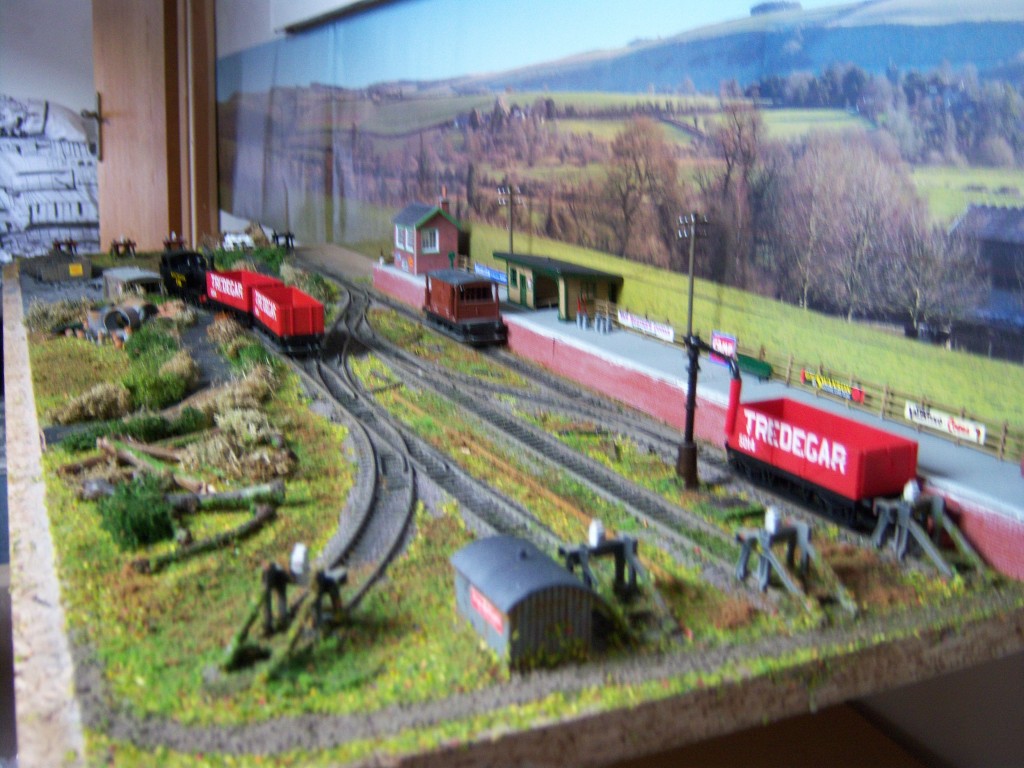 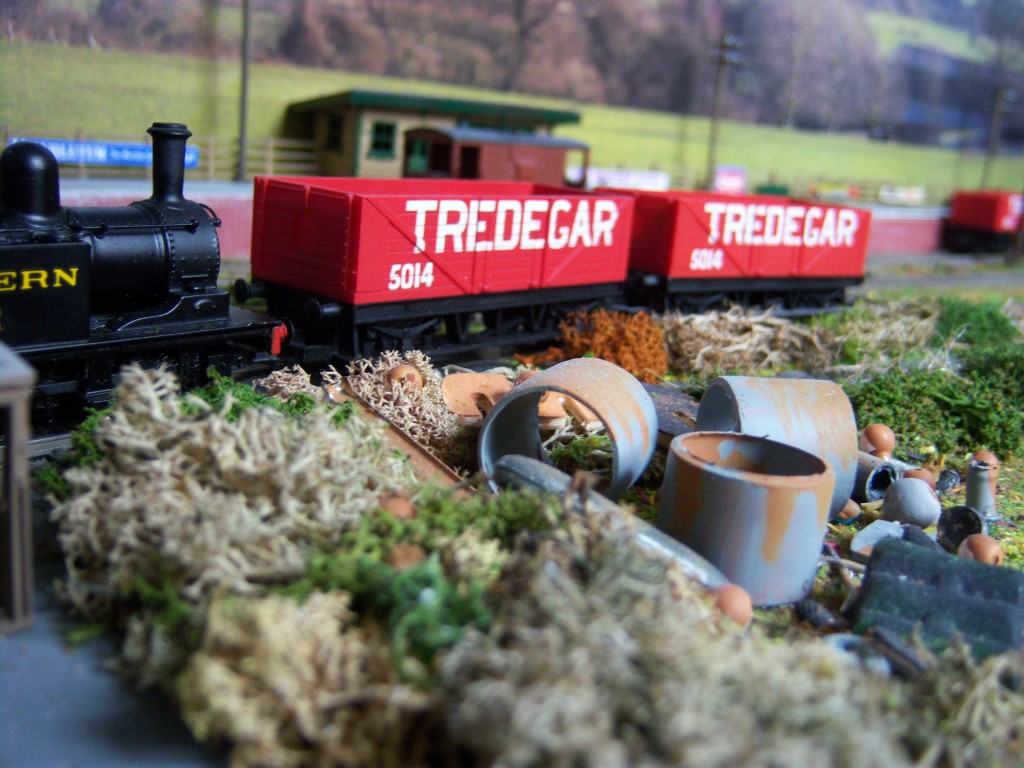 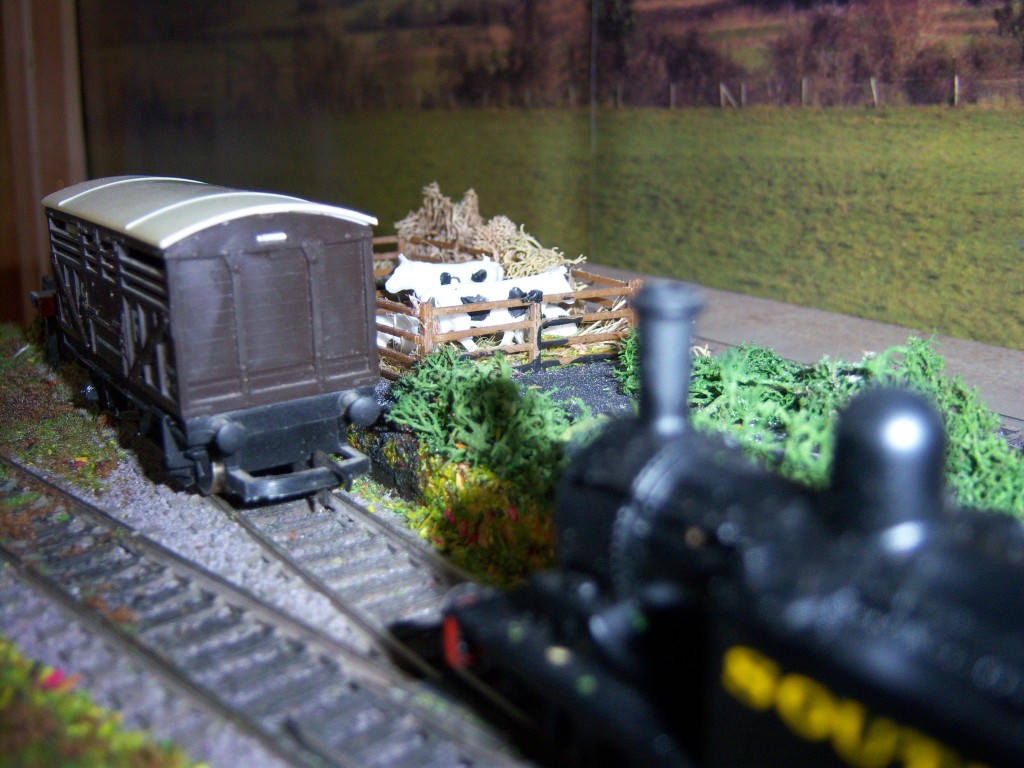 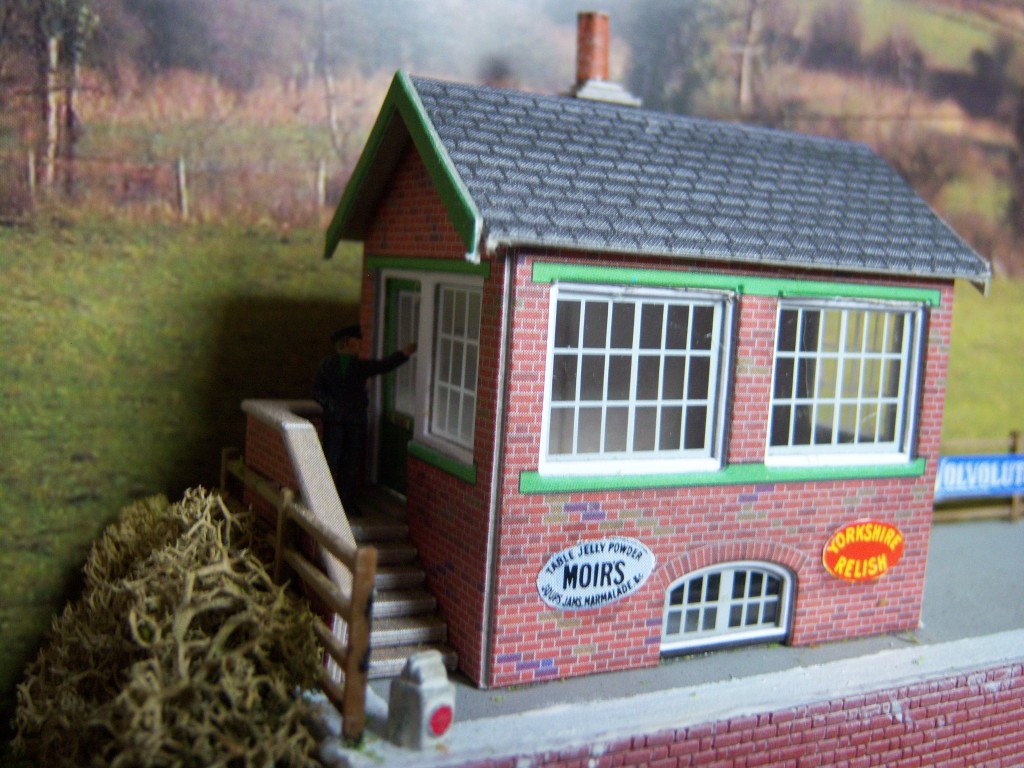 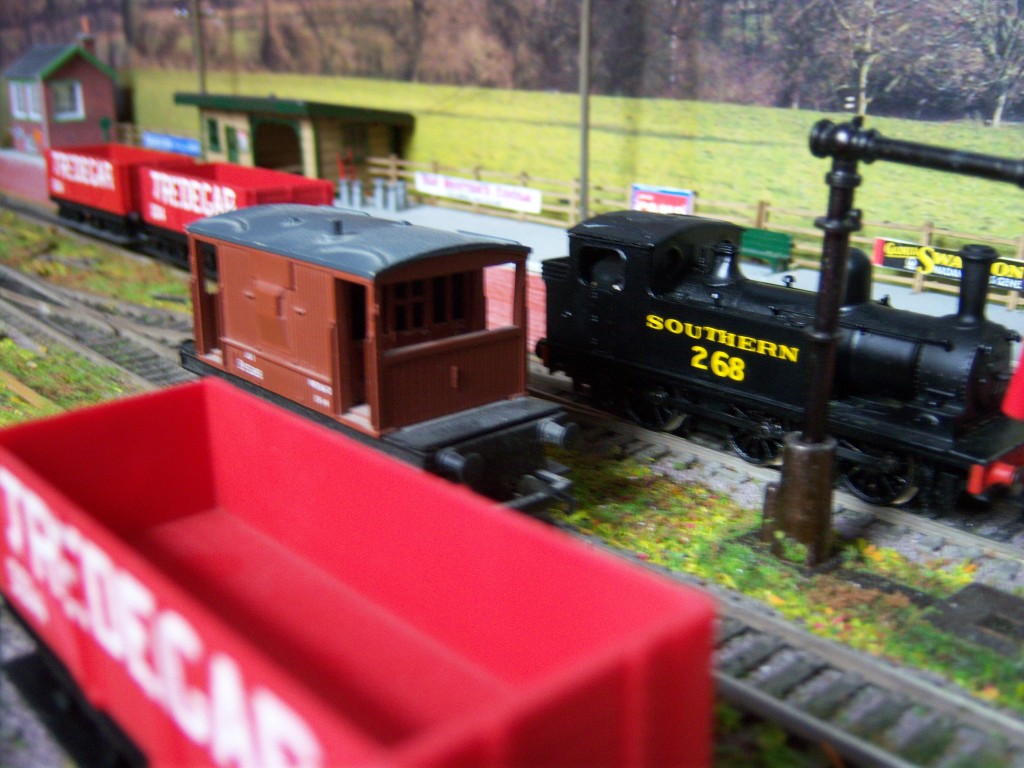 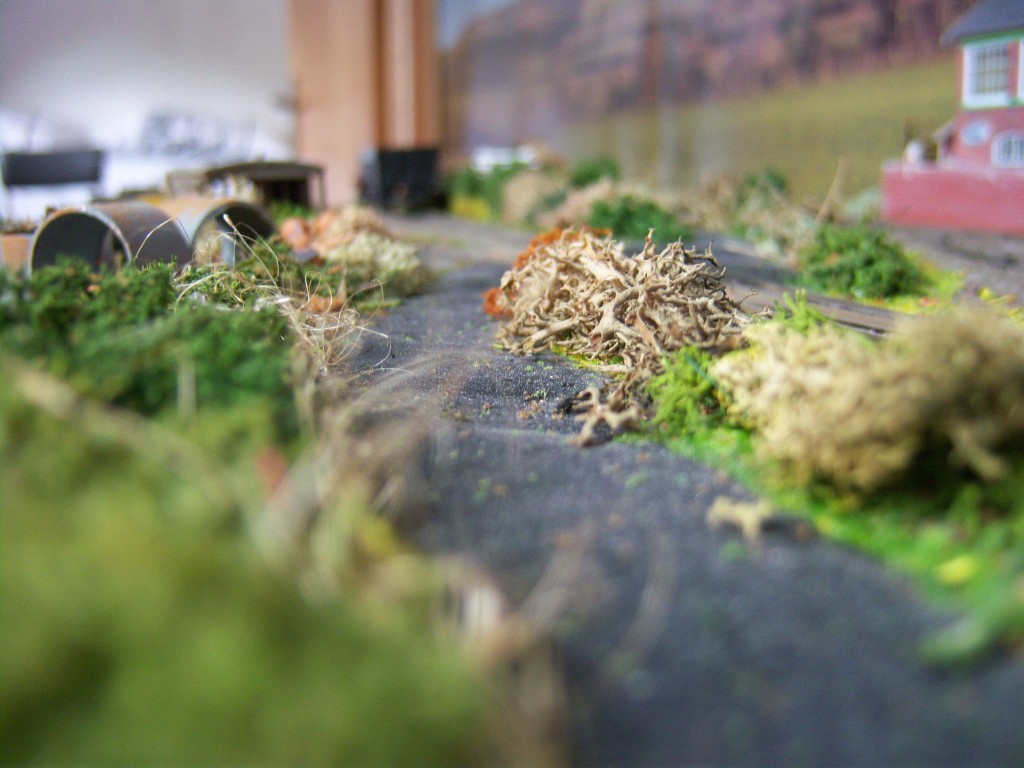 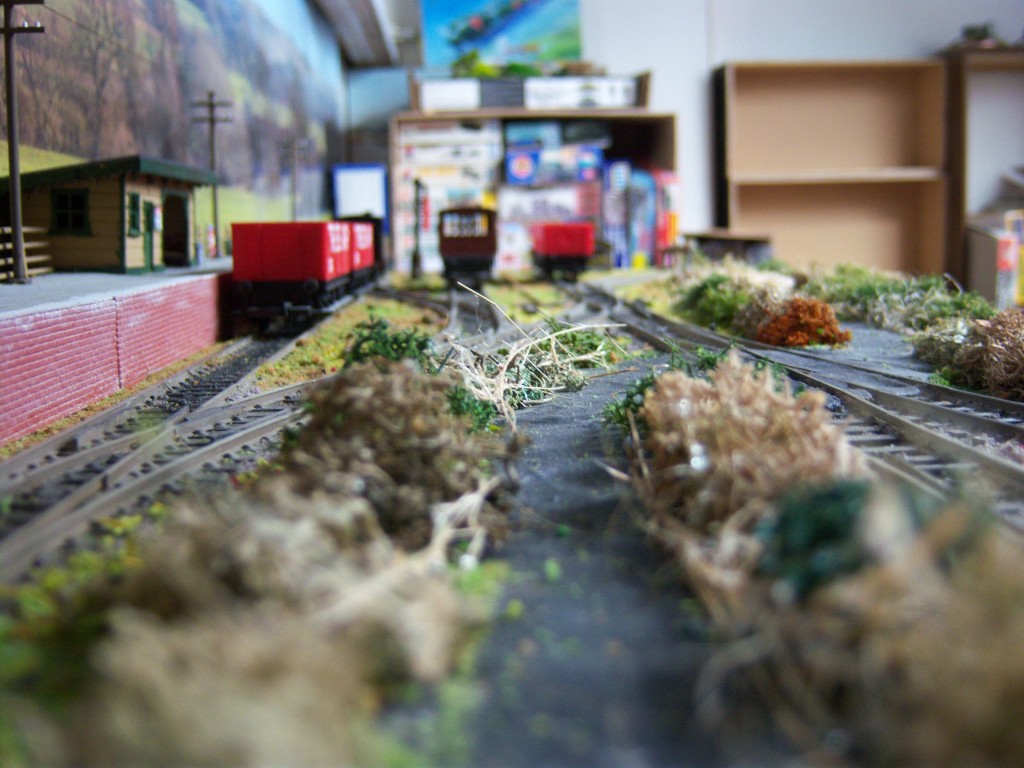 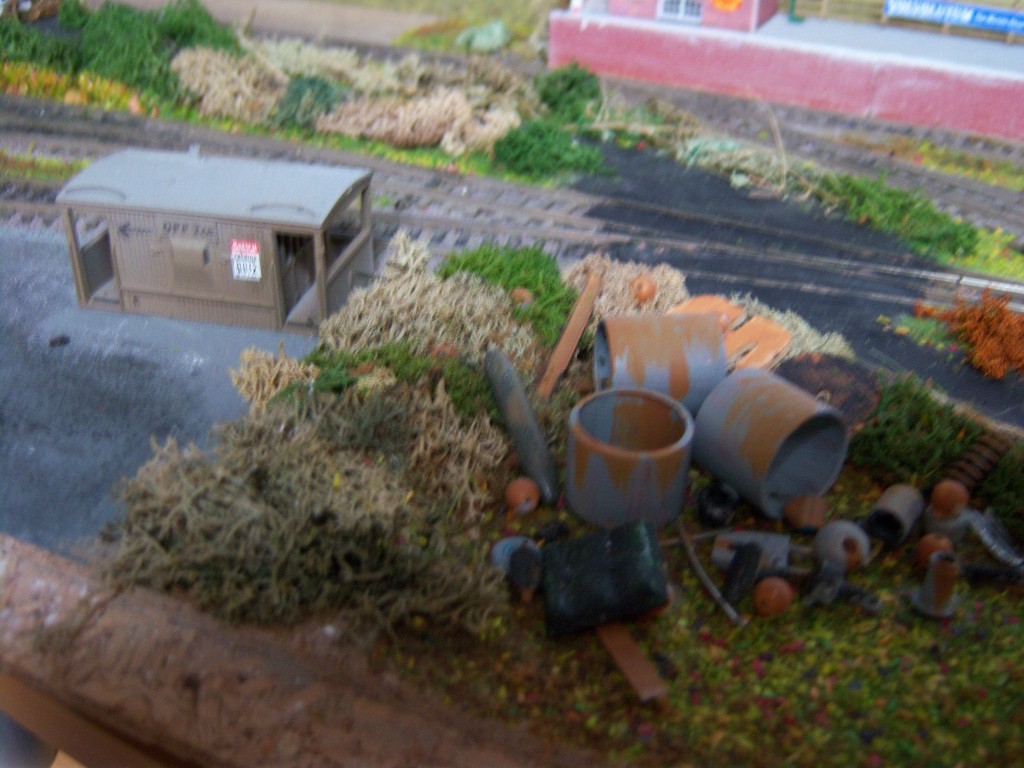 Loved Fred’s narrative of this layout. Sounds like they both enjoyed it!

Have a look at the comments below too. What a layout.

That’s all for today my friends.

Please do keep ’em coming. My inbox is getting hungry.

And if today is the day you make that important start on your layout, the Beginner’s Guide is here.

67 Responses to Fred and his son’s layout